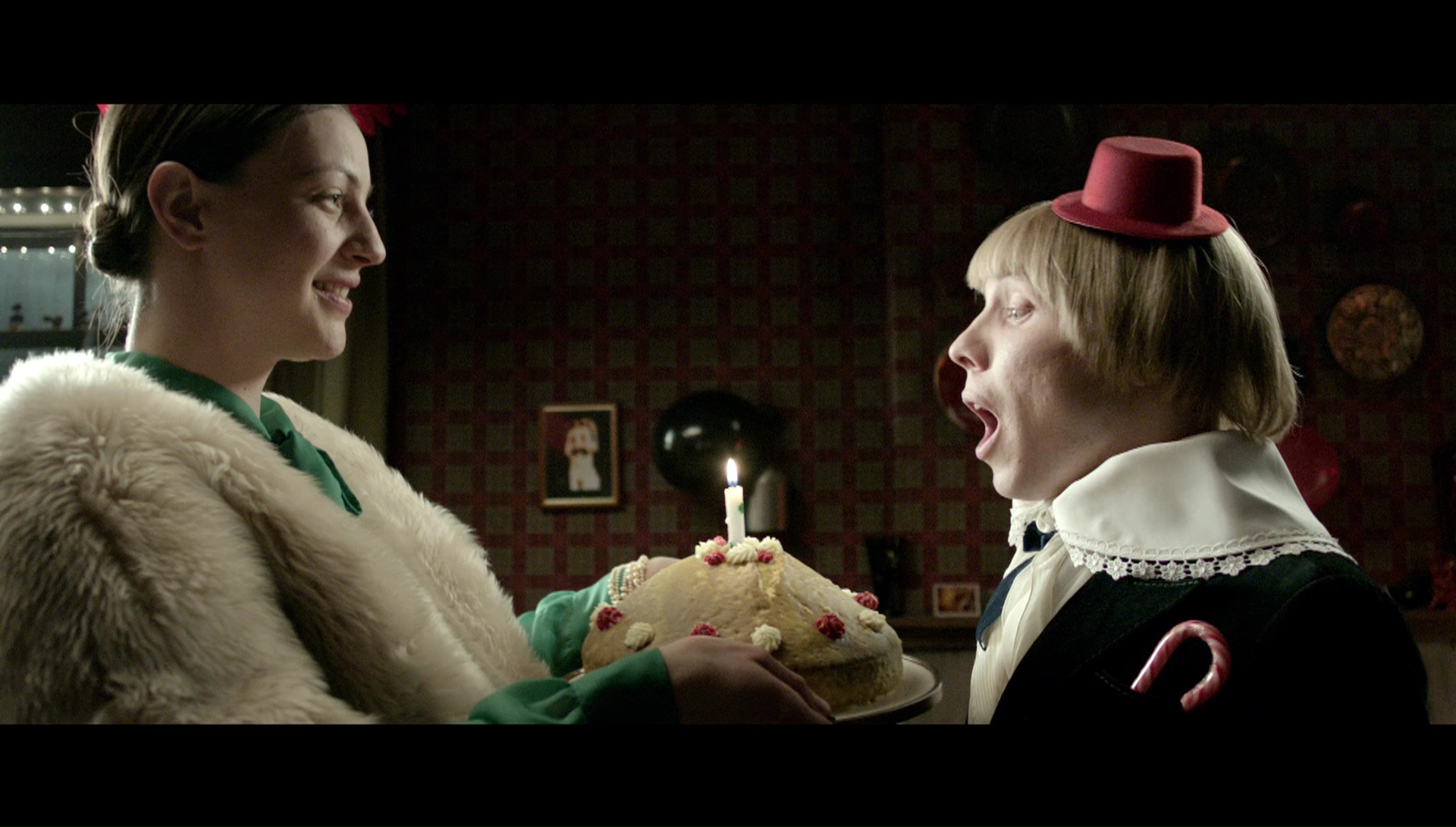 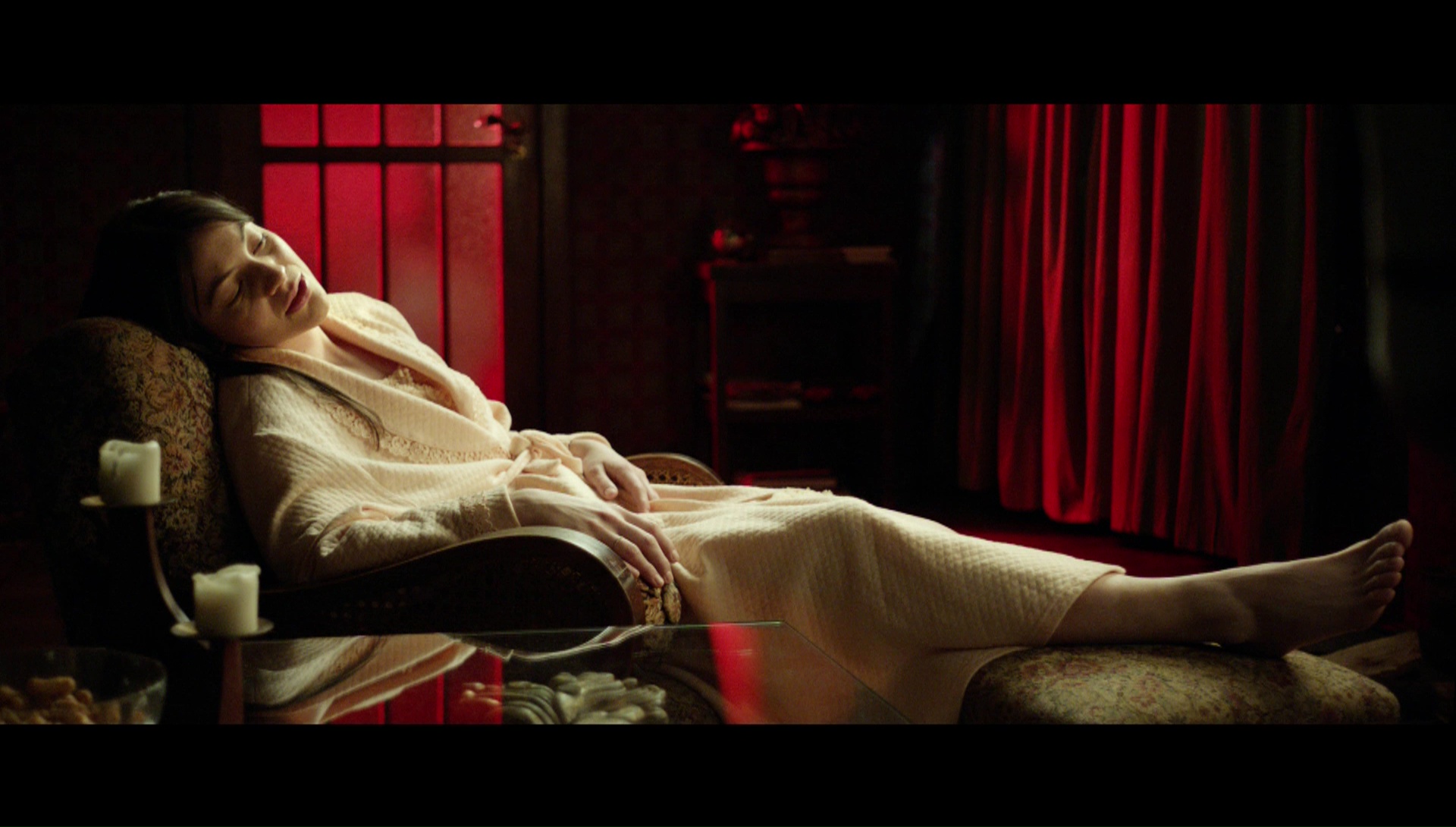 Though the poster art looks like some kind of odd corporal punishment S&M drama, this stylish German film is actually a striking and very entertaining blend of black comedy and borderline surreal horror.

The uncomfortable humor kicks off right away as a nameless student (Der Samurai's Bukowski) working on a complex math theory rents out a windowless bunker at a remote country house owned by a very odd couple (Scheller and von Maydell). The arrangement to have him do chores around the house to make up for his rent shortfall gets complicated when he realizes they have a son, Klaus (Fripan), who looks an awful lot older than his claimed age of eight. The couple guilt trips the student into becoming a tutor for Klaus, who can't even retain the names of a single capital city on the planet but is still being groomed to become President of the United States. (See any holes in that plan?) Soon it becomes obvious that the family dynamic is more than a little twisted, with Klaus rewarded by his mom with cuddling and breast feeding when he excels and dad (who likes to hold court at night explaining how jokes work and sometimes putting on white pancake makeup) dispensing discipline with a wooden stick for far longer than normal. Oh, and mom also has a split personality with a gutteral male alter ego named Heinrich personified by a giant gash in her leg. As the lessons continue, a peculiar friendship between tutor and pupil forms that will force all four characters to grow in unexpected ways.

Featuring only four actors during its entire running time, this film manages to avoid claustrophobia or staginess thanks to some dazzling cinematography (with some vivid doses of colorful lighting 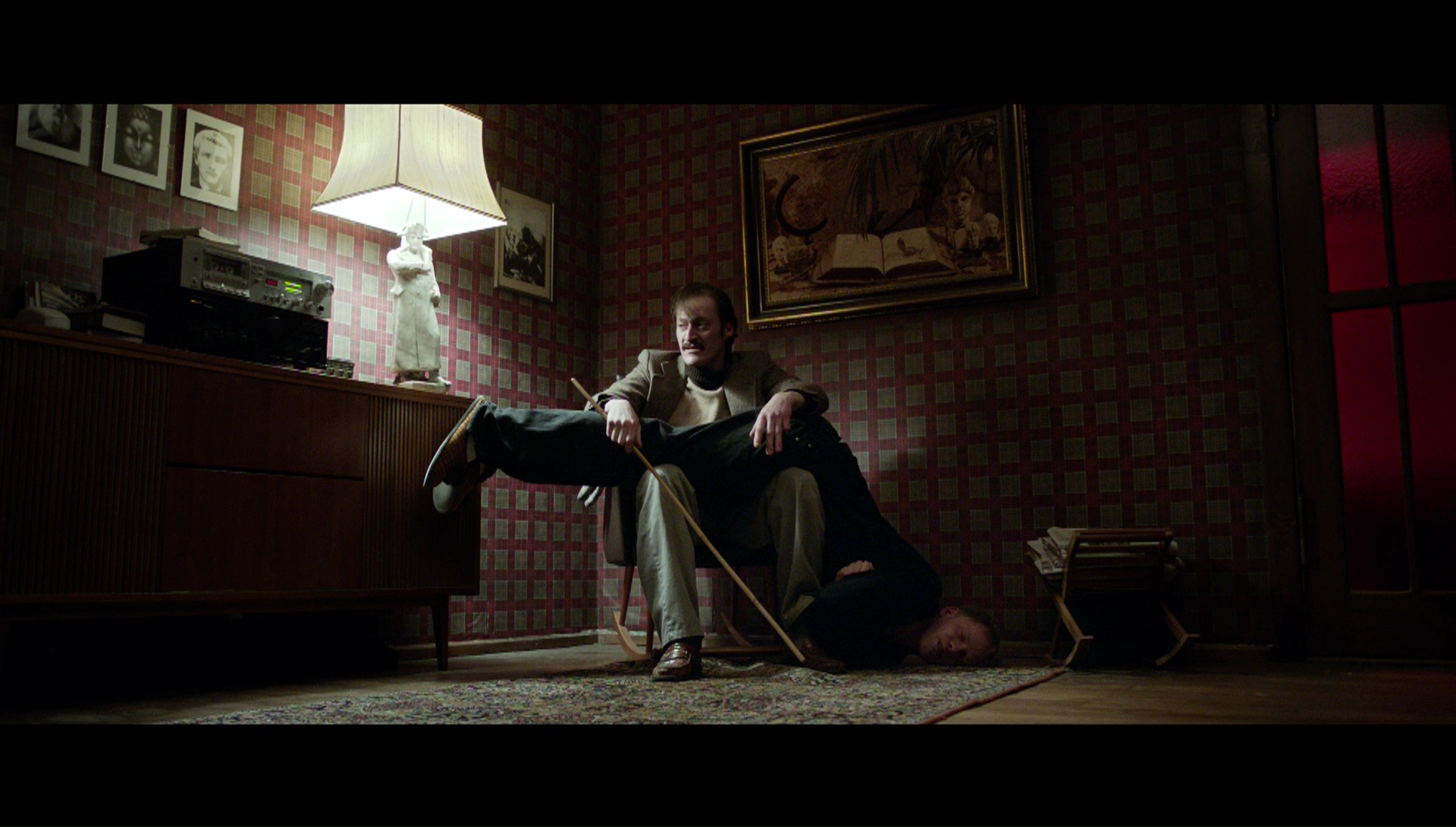 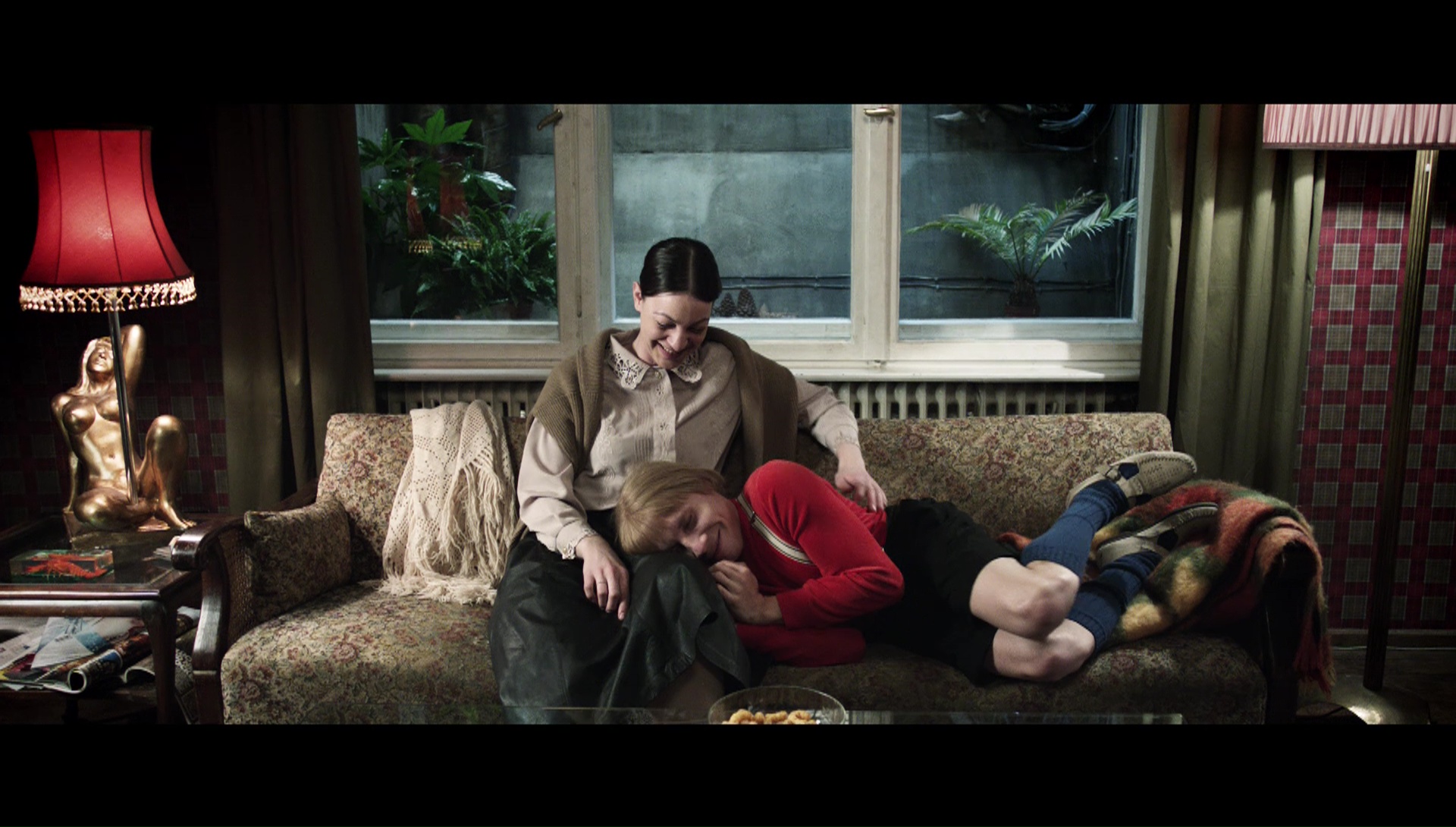 that somehow manage to be relatable even at their most extreme. The film only occasionally flirts with outright horror -- Klaus's first appearance lurking in silhouette during dinner, a climactic confrontation involving a butcher knife -- but it's perverse enough to keep fans of the macabre more than happy. On top of that it features a birthday party with everyone boogying to the soundtrack for The Strange Vice of Mrs. Wardh; how can you resist that?

It's a good thing Artsploitation jumped on the Blu-ray bandwagon by the time they got to this title since its heavy saturated reds and delicate scenes in near total darkness at times would turn to mud in regular NTSC (though that option's out there if you want it). The HD transfer looks great with often eye-popping precision, and as eye candy this film more than satisfies. It's up there with Horsehead and Der Samurai as one of the label's best-looking releases to date. On the audio front it gets a strike for only containing a standard Dolby Digital 5.1 track for the German audio instead of a lossless option, which is a shame; however, the sound mix isn't the most demanding so it still sounds passable overall. Not a deal breaker but even odder is the decision to only include English SDH subtitles, which means the dialogue is occasionally interrupted by "[clinking]" and "[music]" subtitles. SDH is a great option for viewers who need it, but a regular subtitle track should've been the main option. 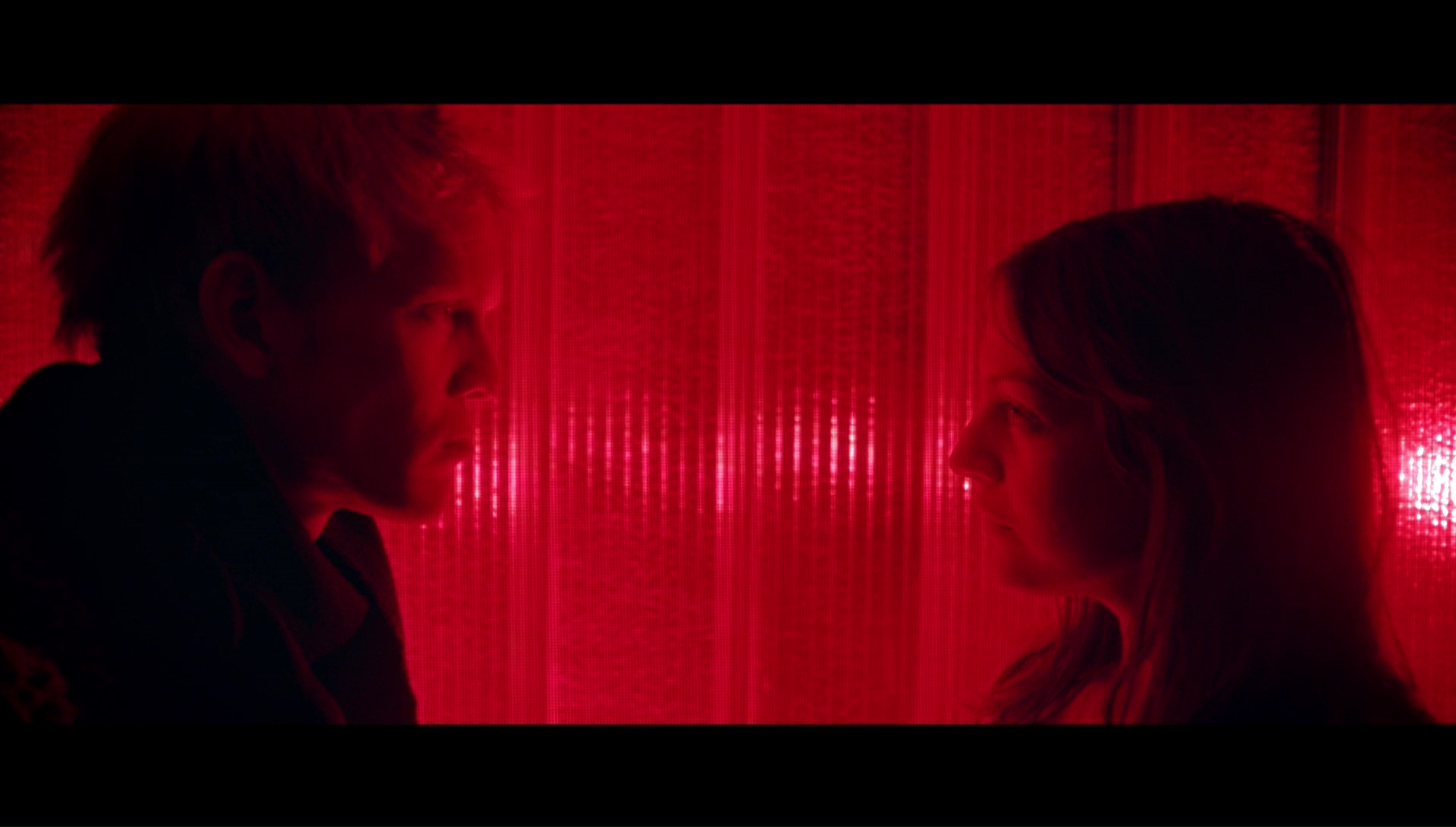 some light into how he decided to amount of information to give the viewer about each character, including the 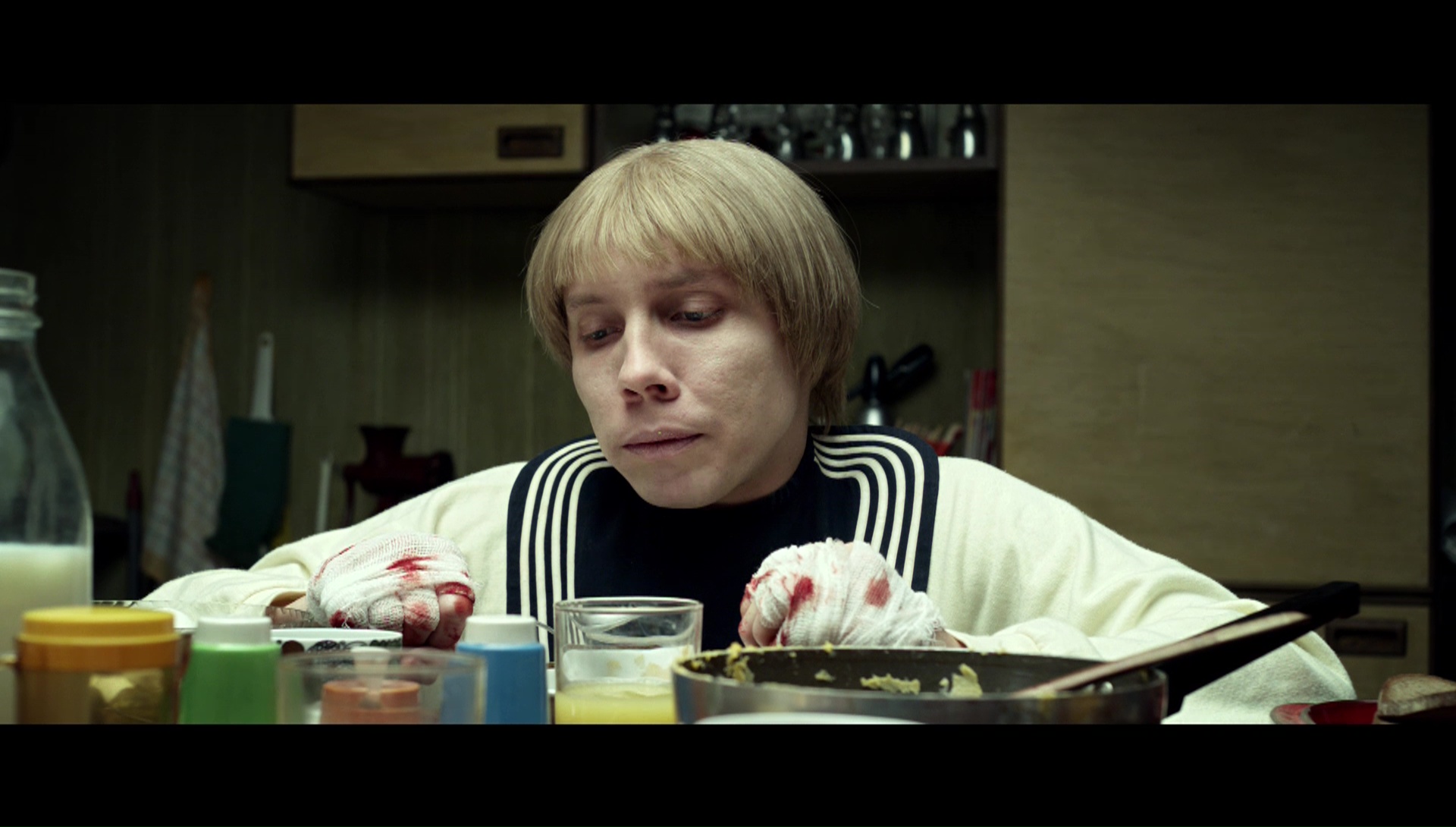 two interpretations he allowed for the resonant final shots. That idea is extended to the 20 minutes(!) of deleted scenes, which are actually quite fascinating and valuable with many bits that could've easily been kept in the main feature. These are presented with burned-in subtitles and look as good as the finished film. Also included are bonus trailers for Observance and The Perfect Husband.