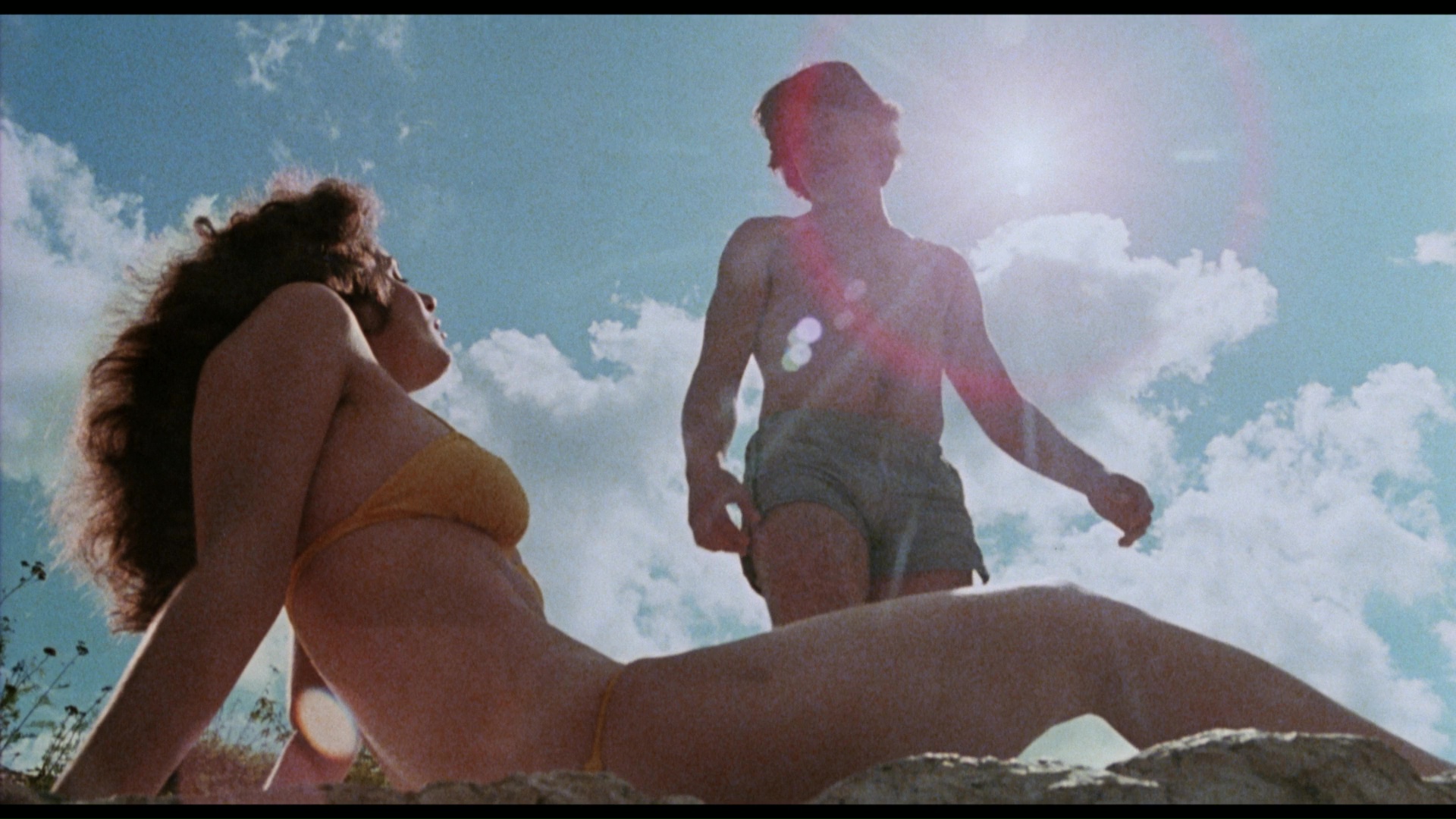 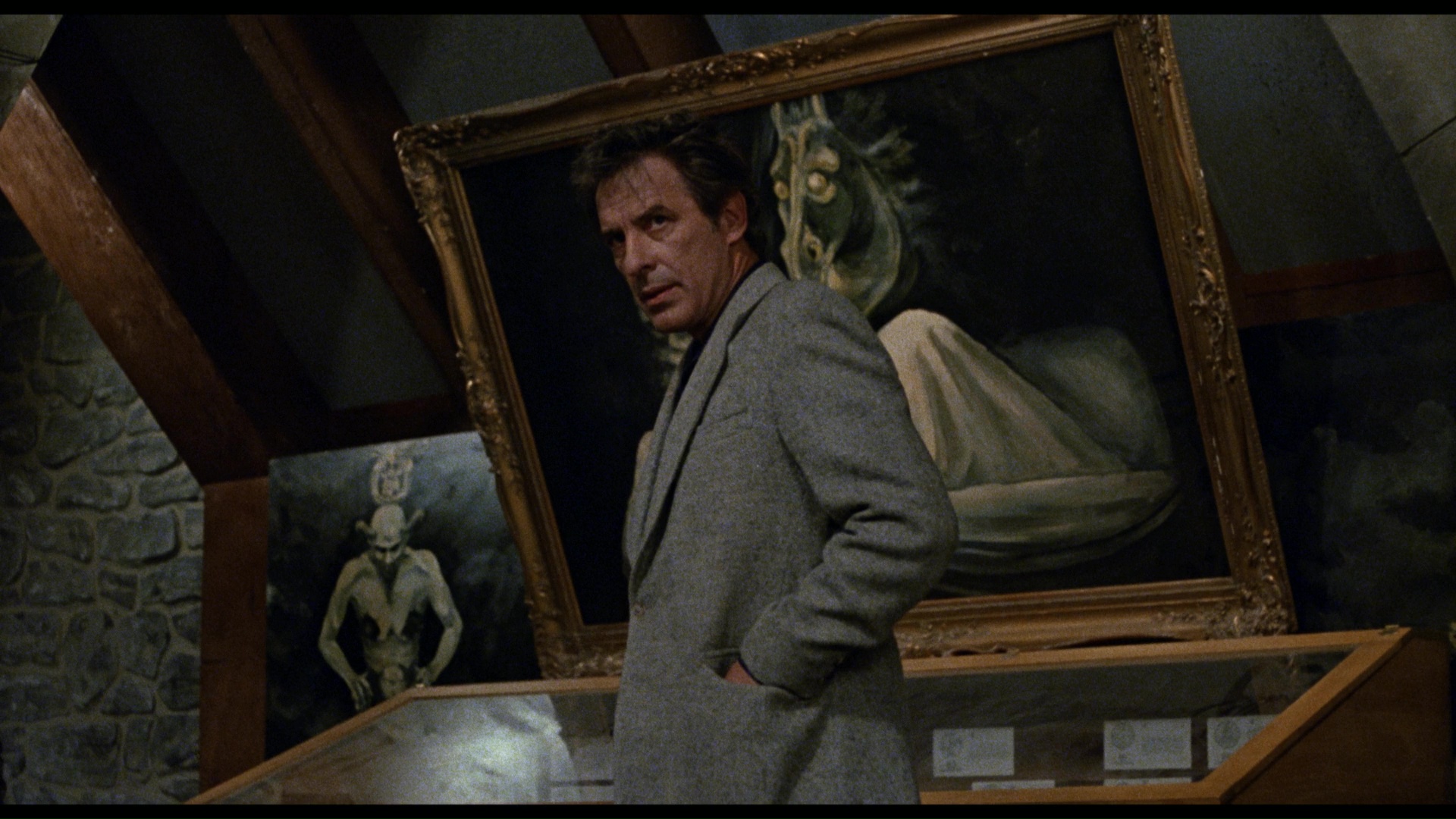 finds itself rocked by a string of brutal murders involving the grisly sexual assault of women, with a few unlucky guys dispatched along the way as well. The new doctor in town, Sam Cordell (Cassavetes, cashing a paycheck for his next directorial effort), teams up with the local police chief (Ireland) and a glamorous reporter (Spasms' Keane, making her feature debut with a bizarre, chilly performance) to find the demented culprit - or perhaps culprits, judging from the amounts of, er, liquid emissions found during the autopsies - behind these ghoulish crimes. Meanwhile Tim (McIntosh), the boyfriend of Cordell's daughter, suffers from vivid nightmares which seem to coincide with each murder. As it turns out, the town suffers from a history of demonic mayhem and mysterious killings which tie in to the mythical incubus, a sexually voracious, nightmare creature that ravages its victims.

An outrageously sick entry in the slasher sweepstakes from the early '80s, Incubus (which was promoted as The Incubus, perhaps to avoid confusion with the earlier William Shatner film) is comparatively low on graphic bloodshed but makes up for it with dashes of the supernatural, some marvelous small town atmospherics, a few good jolts, and a flood of tasteless dialogue that'll make you choke on your popcorn. Based on a particularly creepy, sleazy 1978 novel by Ray Russell (writer of Mr. Sardonicus and X: The Man with the X-Ray Eyes), t 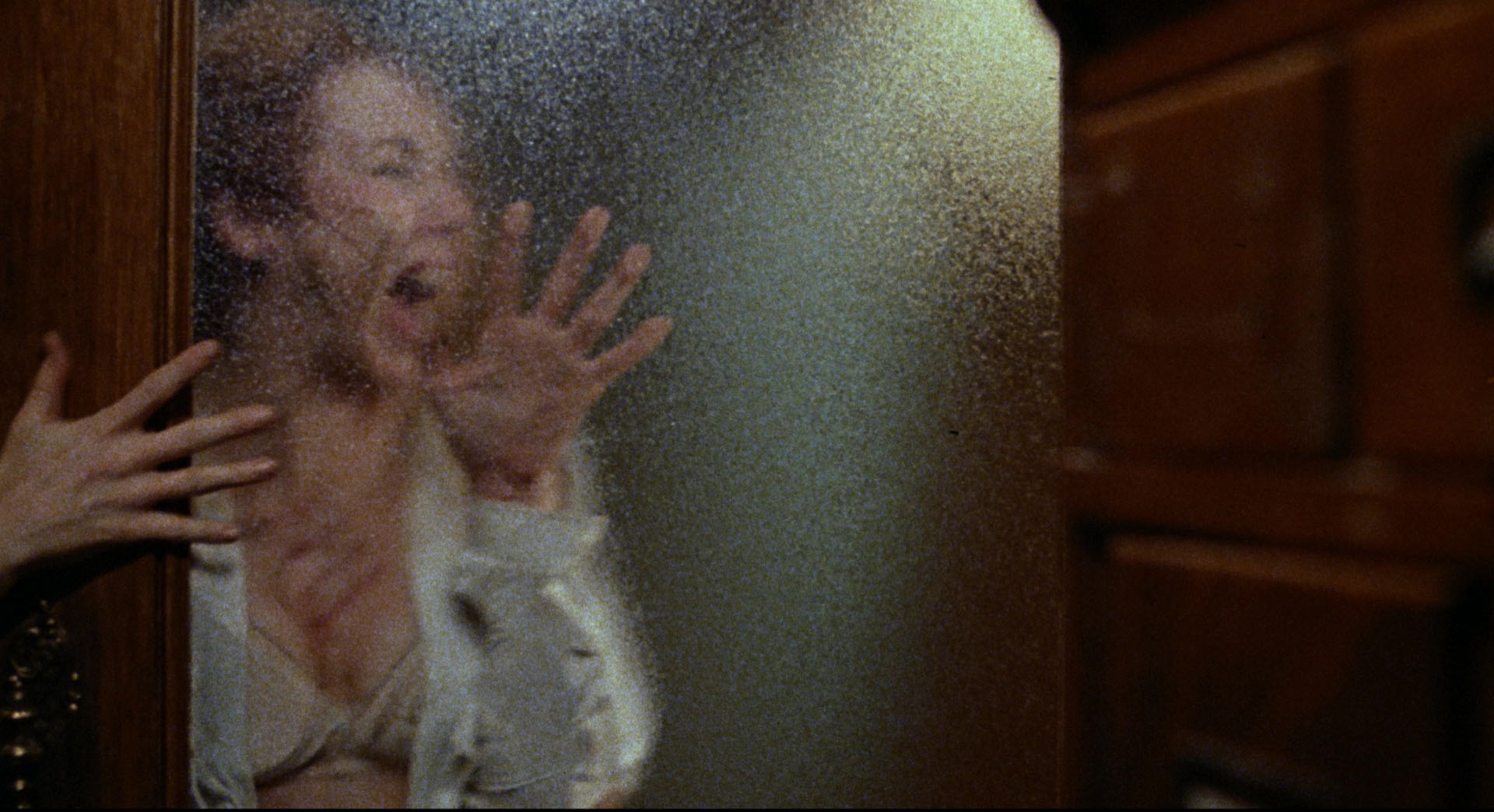 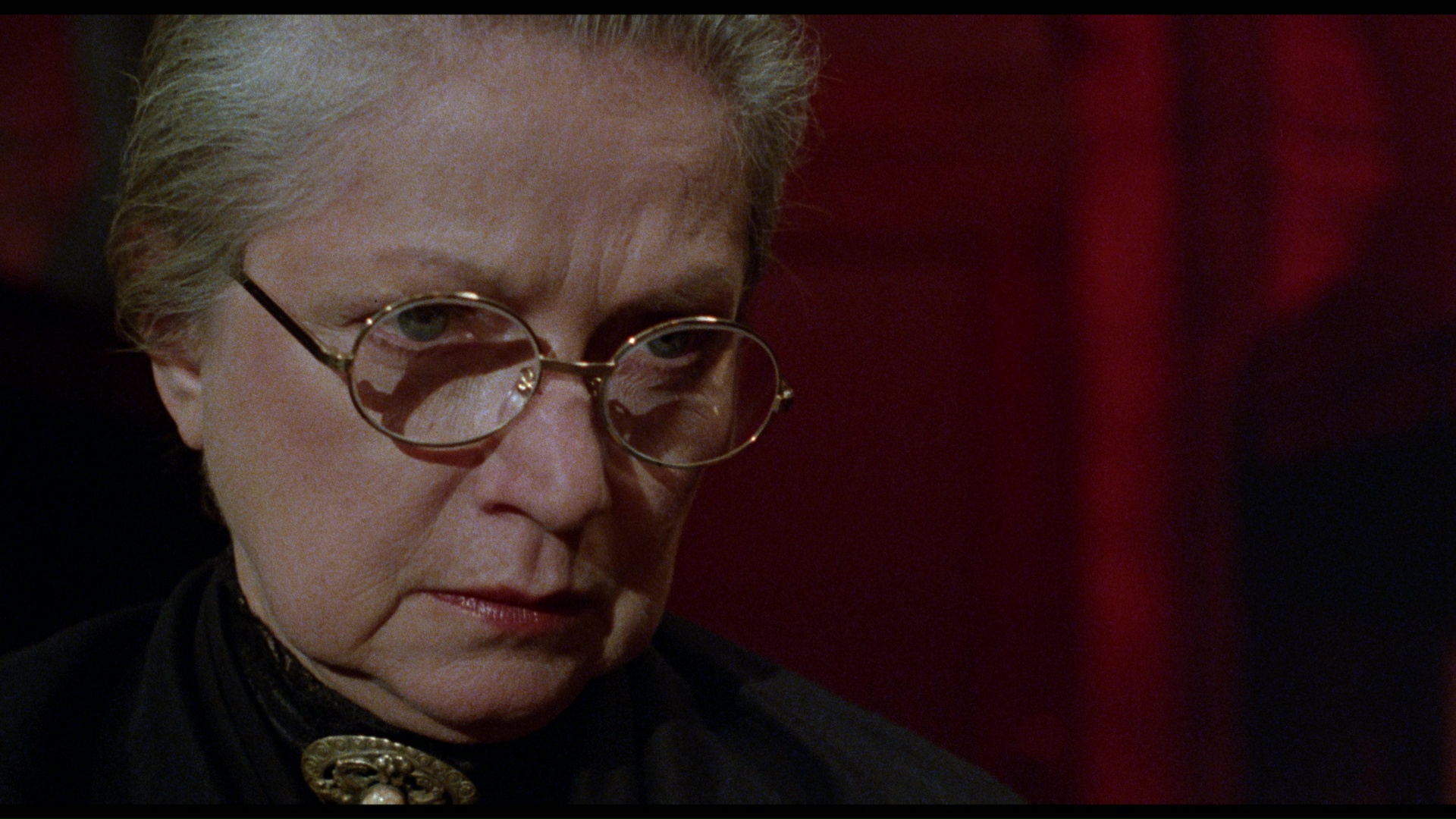 like "The uterus was ruptured just like Mandy's," "What I saw under the microscope looked like sperm, but it was red," and "There was so much sperm in her that the hemorrhaging itself couldn't get rid of it," all delivered by Cassavetes no less. Oddly enough another horror film released around the same time, Wes Craven's Deadly Blessing, dealt with the idea of an incubus as well but in far less graphic (and more gender-confused) fashion. This is easily the stranger and sicker of the pair, with grim undertones of loss, regret, repressed incest, emotional trauma, and lots of other nastiness boiling under the surface; the stark Canadian locations (including a creepy Gothic museum library) just add to the weird atmosphere, which manages to carry the film over its occasional script speed bumps.

Director John Hough had done the offbeat horror routine before, notably in The Legend of Hell House (which gets a callback here with an extended sequence involving the research of occult texts) and the previous year's The Watcher in the Woods, but The Incubus is a whole other matter entirely. The shock quotient of the subject matter has been dulled by years of NYPD Blue and Law and Order covering some of the same general material, but the treatment of nightmares intruding on reality gives 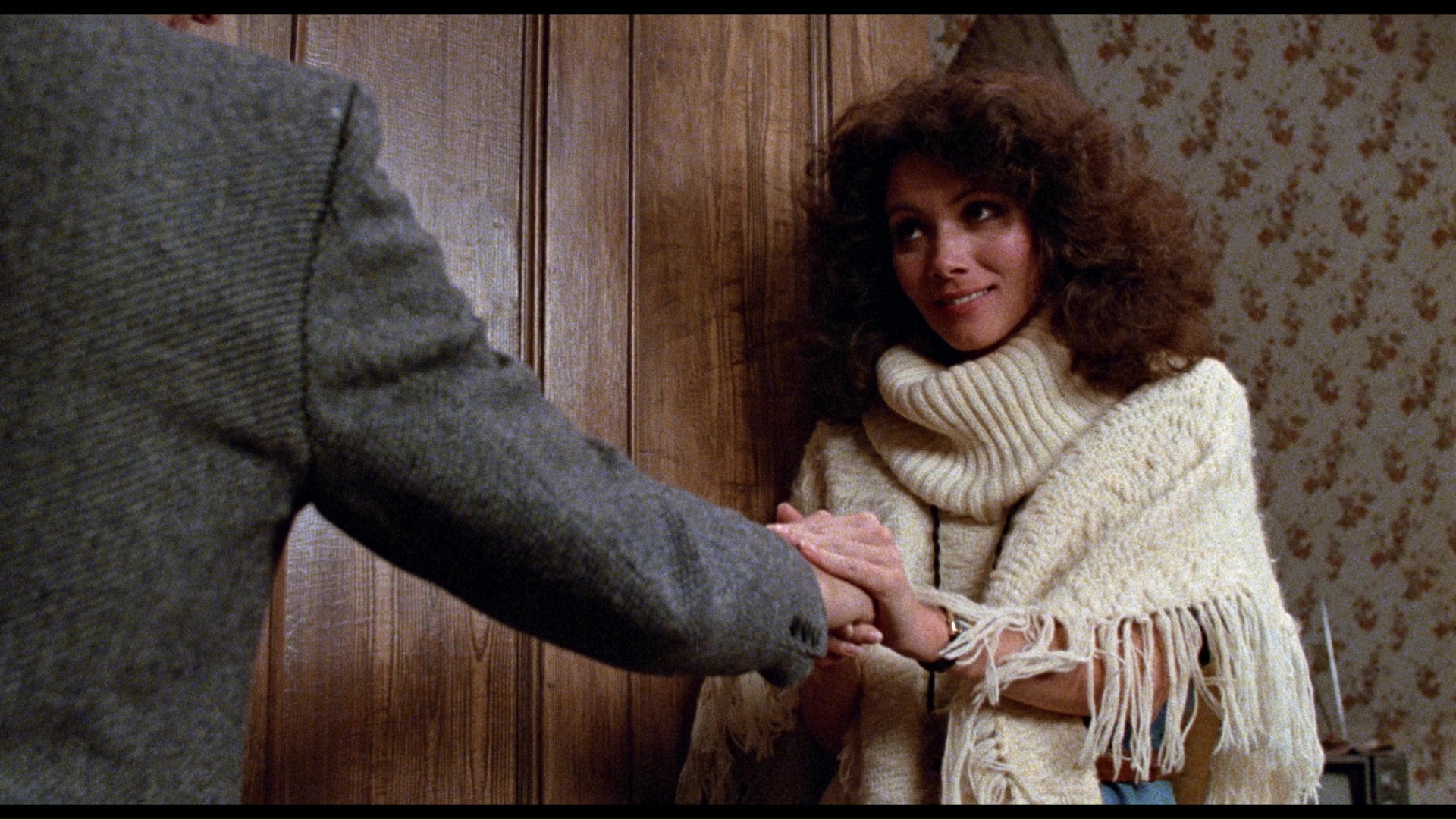 it a spin like anything else since. The film is also professionally mounted and features a solid score by the late Stanley Myers, who wrings tension out of several scenes; far more surprising is a wild movie theater sequence with an extra treat for Iron Maiden fans, which really comes out of nowhere. And watch out for that sick twist ending! 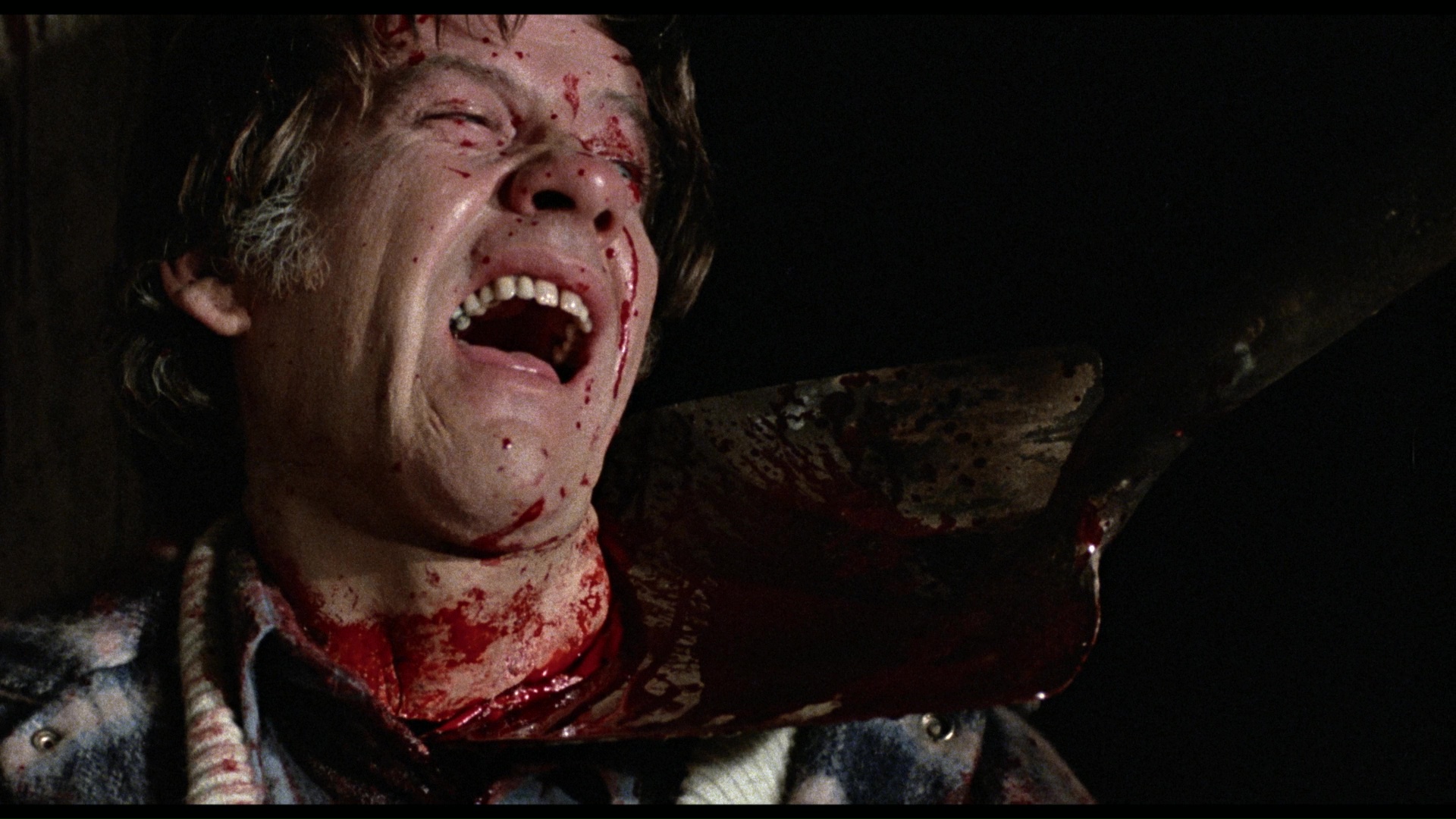 Released in the U.S. by Film Ventures International, The Incubus made its way to VHS and laserdisc from Vestron in one of their grayest, dreariest transfers, which is saying a lot if you're familiar with their output. The first DVD was released in 2002 from Elite Entertainment, complete with the following disclaimer: "You may notice occasional film grain in certain scenes in this picture. This grain is inherent in the original film elements used." Actually it looked fine considering how grungy the film's aesthetic is, and the sole extra was a dupey-looking theatrical trailer (complete with that wonderful early '80s horror narration.)

The 2013 revisit from Scorpion Releasing comes packaged as part of their Katarina's Nightmare Theater line with hostess Katarina Leigh Waters in optional wraparound segments, kicking off with her waking up from a nightmare (of course) before she dives into various facts and figures about the talent behind the film. The transfer itself is probably about as good as you'll get; thankfully it still looks naturally grainy (as any attempts to smooth this puppy out would be disastrous), and colors look very healthy. There's some image jitter around the 83-minute mark that seems to be a film printing issue in the original materials, but otherwise it's smooth sailing and nicely spread out over a dual-layered disc. The mono audio sounds about the same as it 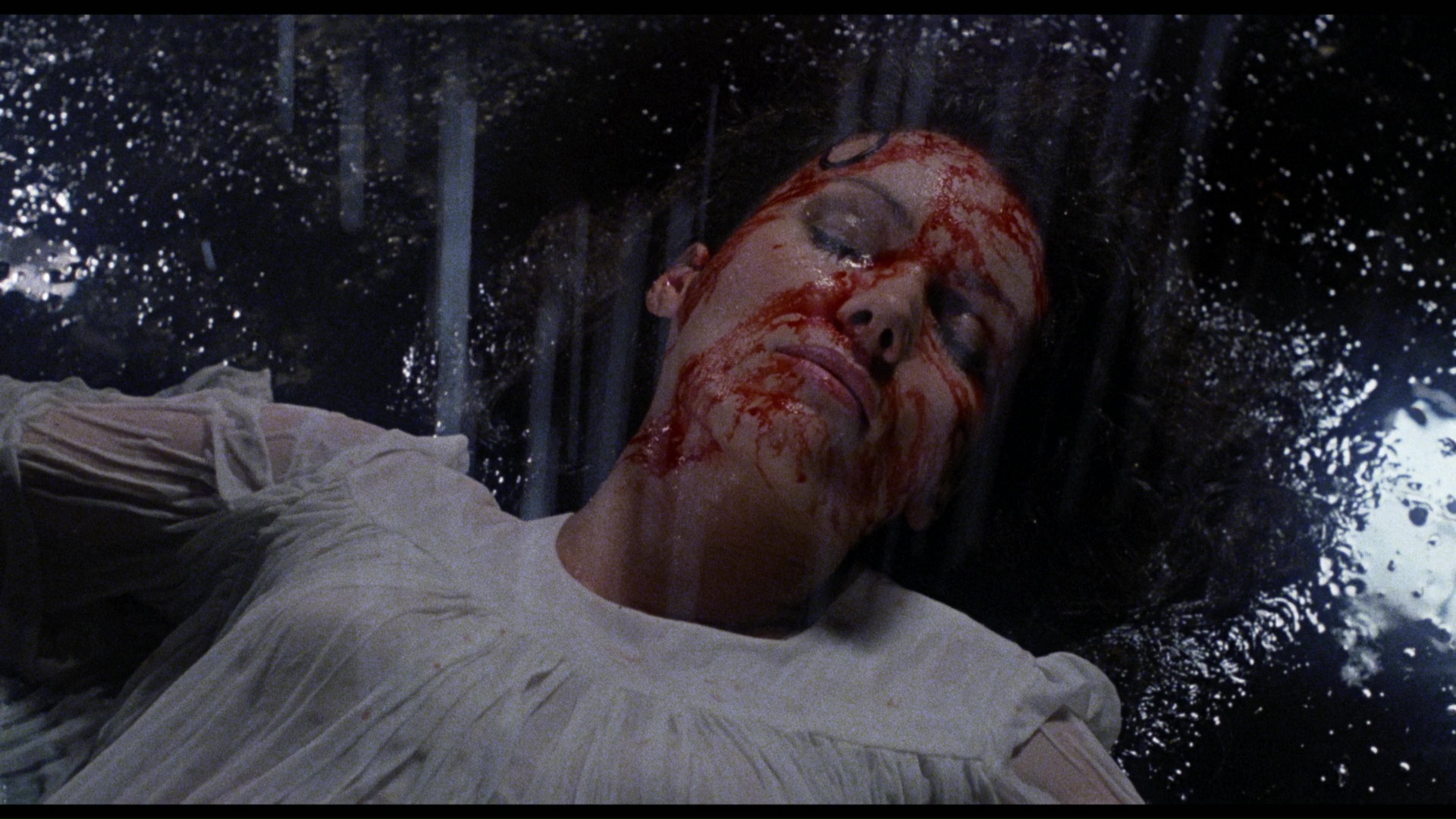 always has, clear enough with plenty of shrill violins to keep you tense. The trailer is carried over here (same old 4:3 version), plus bonus ones for Death Ship, Day of the Animals, Alley Cat, Mortuary, The Hearse, The House on Sorority Row, The Return, and Humongous.

In 2018, the film premiered on home video under its shorter on-screen title as a Blu-ray/DVD combo from Vinegar Syndrome including a limited slipcover edition and reversible sleeve options as both Incubus and The Incubus. Culled from a new 4K transfer, it opens with a disclaimer that the 35mm negative was the primary source apart from the missing fourth reel, for which a 35mm print was used instead. That said, the switch isn't overly glaring as they've done a good job of matching the color timing and grain texture convincingly with only an inevitable generational drop in clarity giving it away. Again the natural grainy nature of the film has been left as is, which still gives it a grungy and creepy texture that's hard to replicate today. The DTS-HD MA English mono track sounds solid for a very straightforward mix, with optional English SDH subtitles included. Another entertaining audio commentary with the gang at The Hysteria Continues is a welcome bonus as the slasher-crazy quartet analyzes the film as an unorthodox horror hybrid with enough stalk-and-slash elements to keep it in step with early '80s trends. This film is a particular favorite of 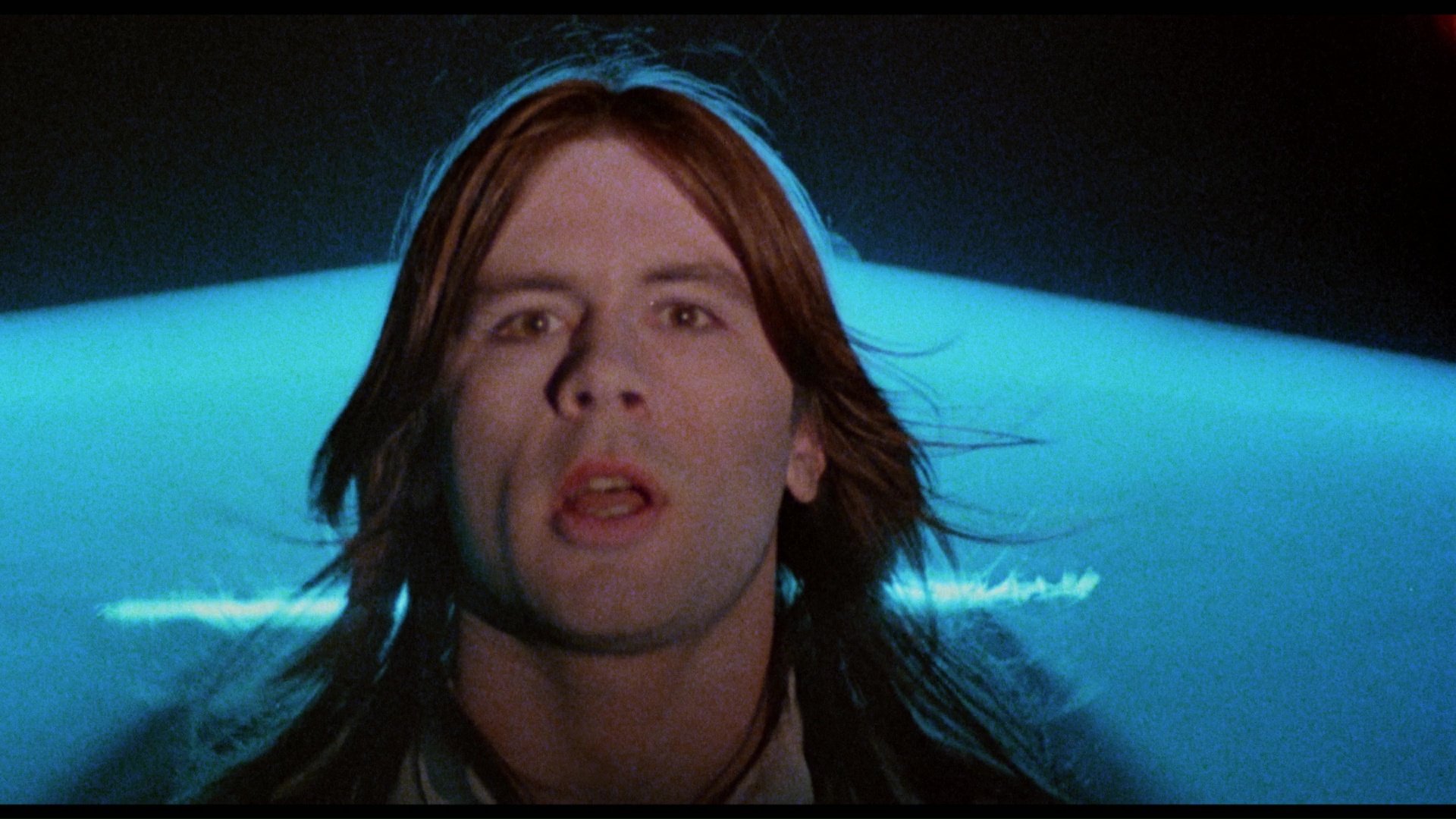 Joseph, and they're filled with trivia and fun insights throughout including discussions of that bizarre music video interlude with Iron Maiden's Bruce Dickinson and potential director choice David Cronenberg. (The mind boggles.) They also go to hilarious lengths trying to spot My Bloody Valentine's Helene Udy, whose part was 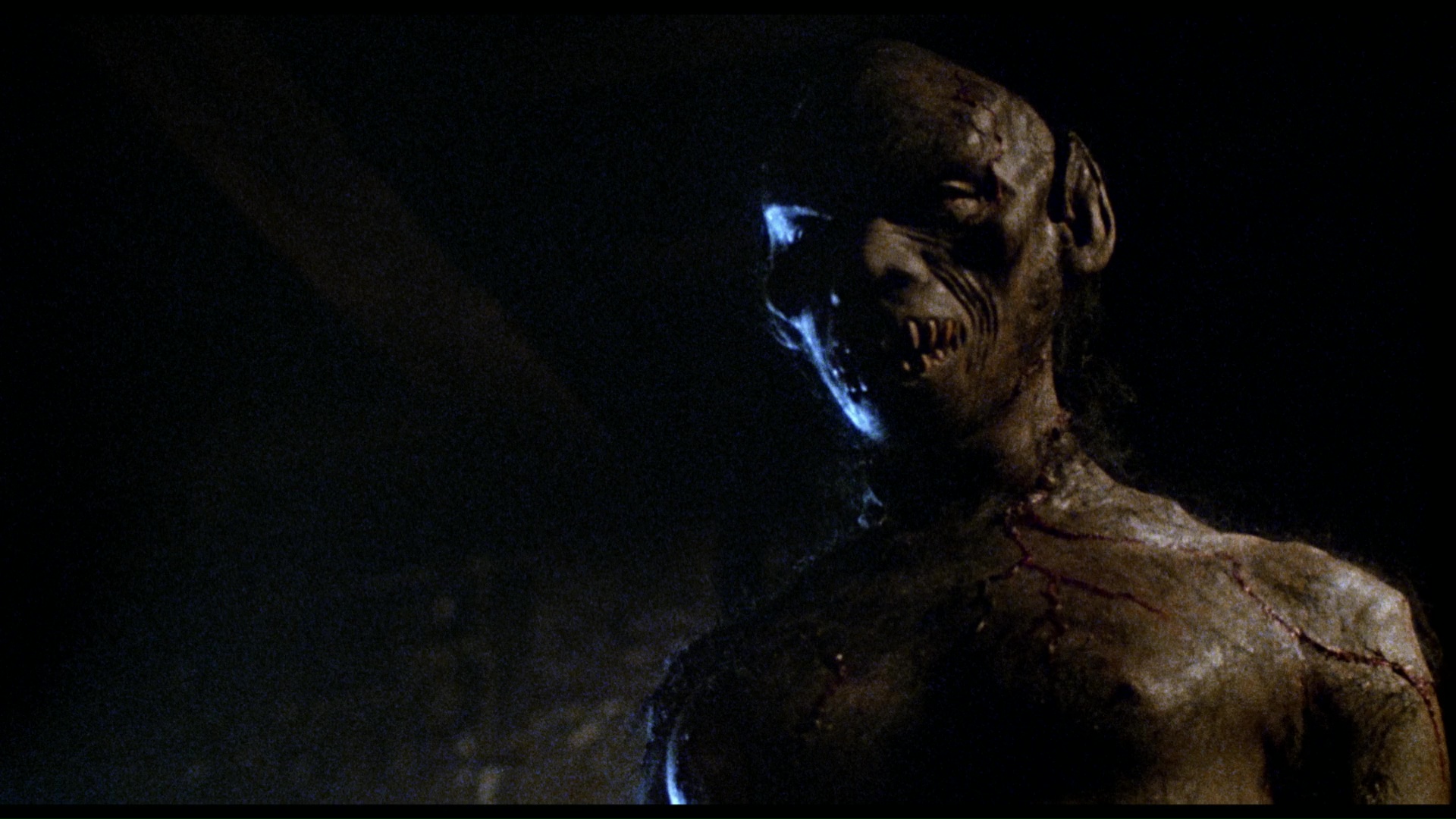 likely chopped to nearly nothing in the final product.

As for video extras, "From the Horror through the Television" (26m39s) with Hough is filled with praise for the final product and stories about Cassavetes' refusal to recite dialogue as written, the effectiveness of the score, and the reason he always shot three takes for every scene. He also touches on his previous problems with Watcher, which related to his use of the monster in this film. The award for the biggest spoiler in a featurette title has to go to "Becoming the Incubus" (21m2s) with Keane charting her career from commercials to Canadian theater to this project where the script wound up being changed on a daily basis (and seemingly everyone was named John!). In "Capturing the Incubus" (27m7s), cinematographer Albert J. Dunk explains how a viewing of 20,000 Leagues under the Sea spurred him on his career path and led him from New York to Canada where he ended up working on this film after other projects like Caged Men. He also chats about some of the challenges he faced, such as working with Hough on coming up with an aesthetic for the flashback scenes. And yes, Gena Rowlands did hang out on the set. The theatrical trailer is included (in much better quality than ever before) along with four TV spots, while a reel of trims and alternate shots (1m38s) is an interesting bit of silent snippets including a little additional nudity and mayhem. 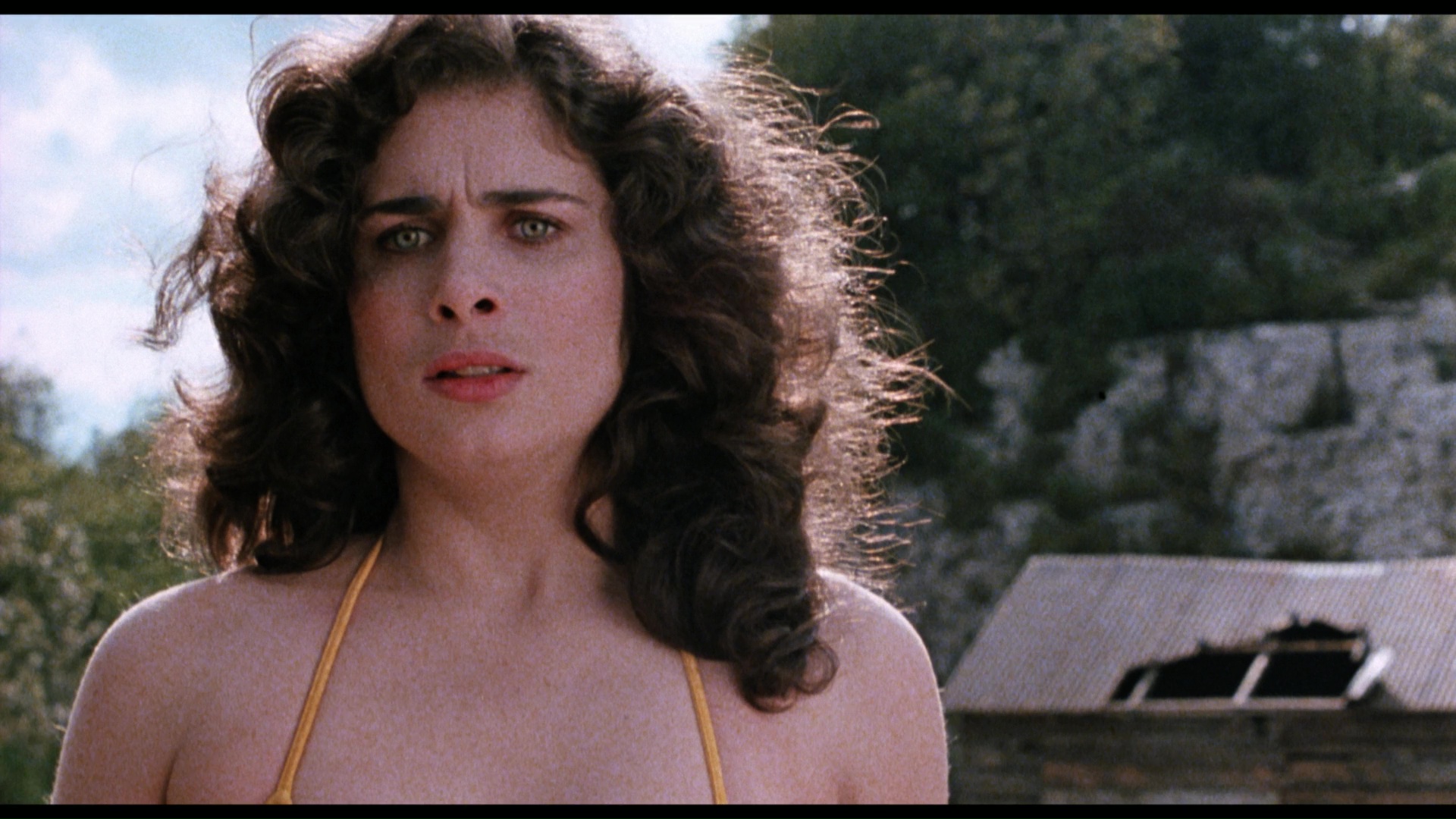 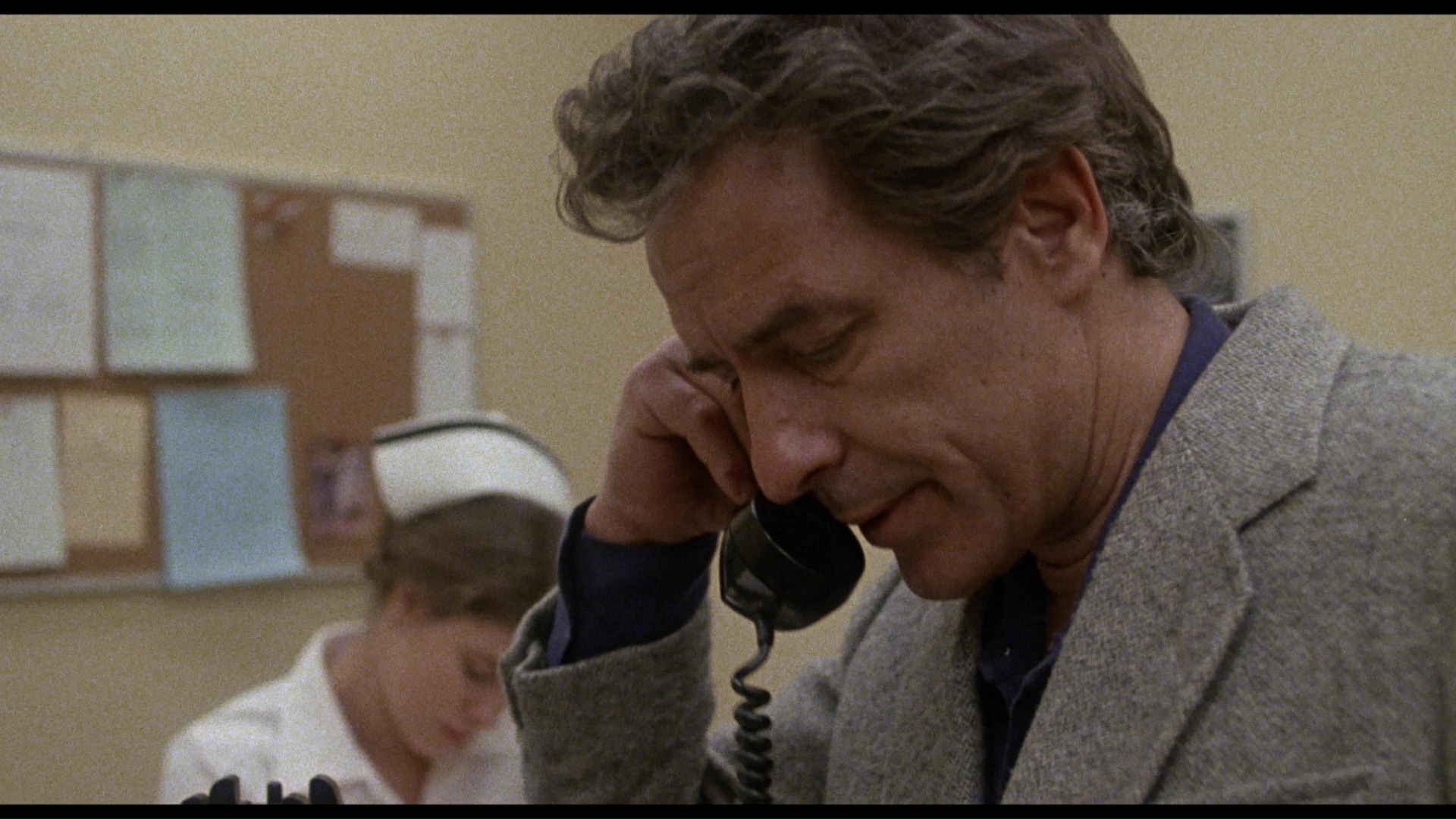 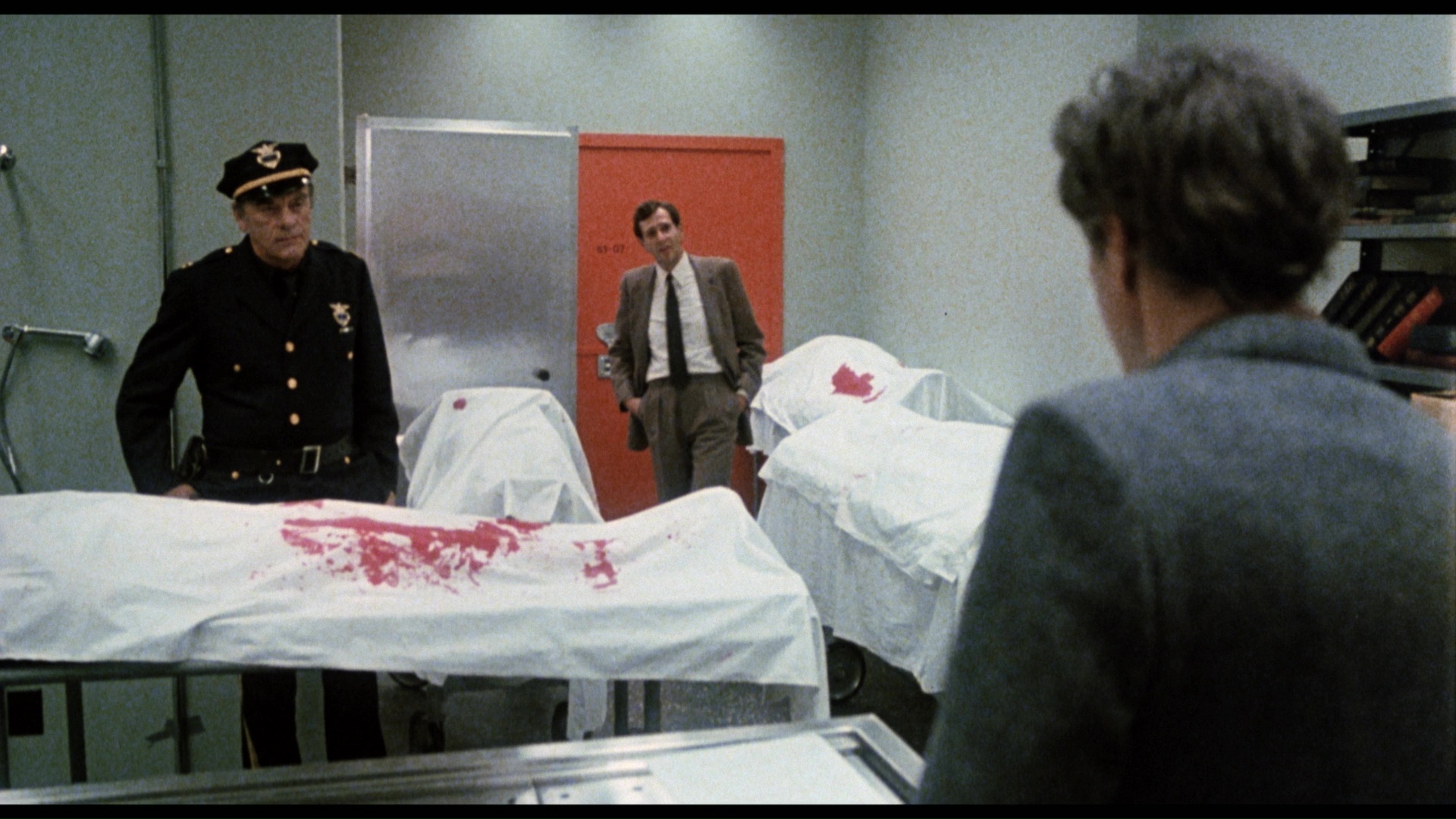 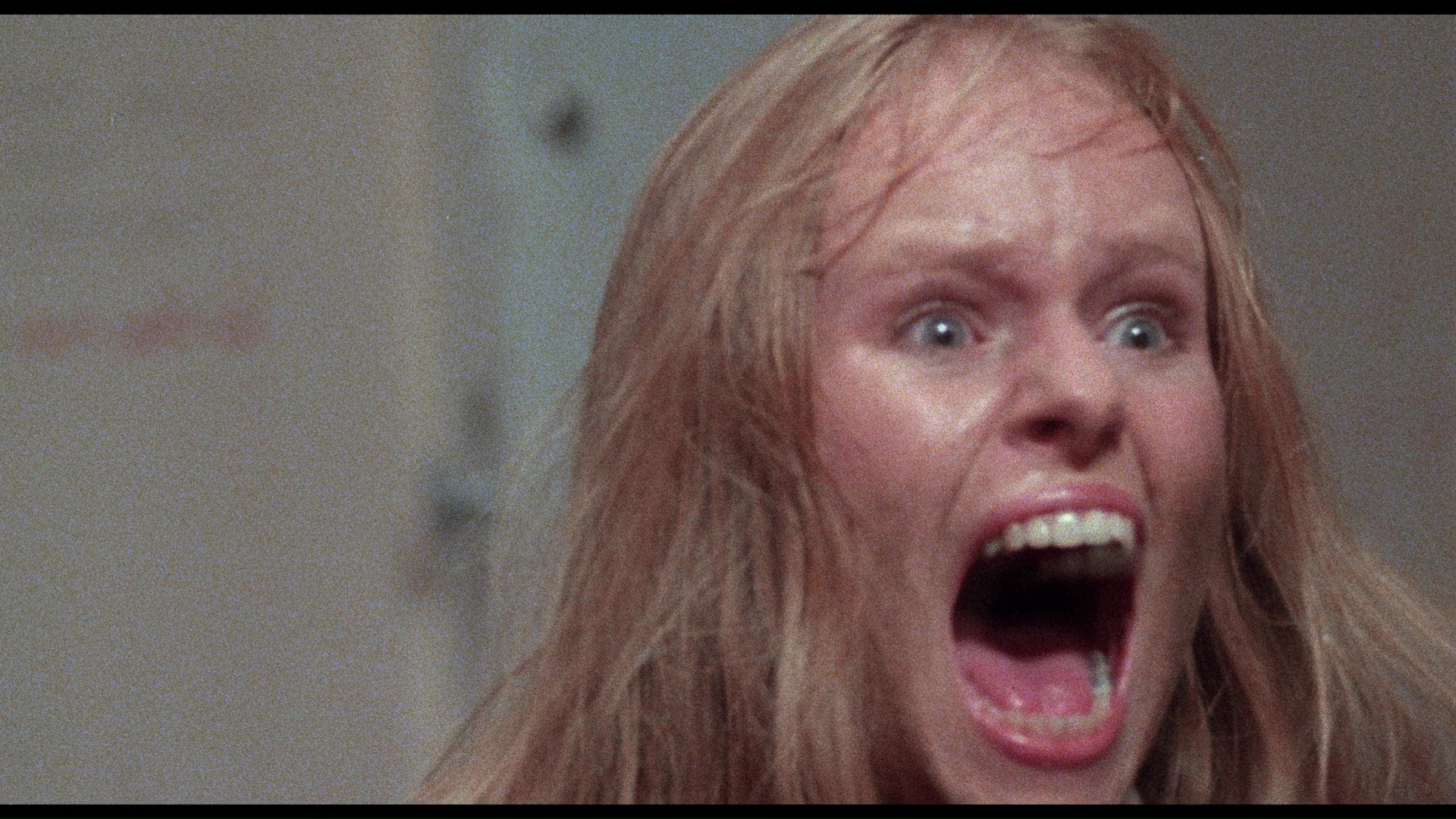 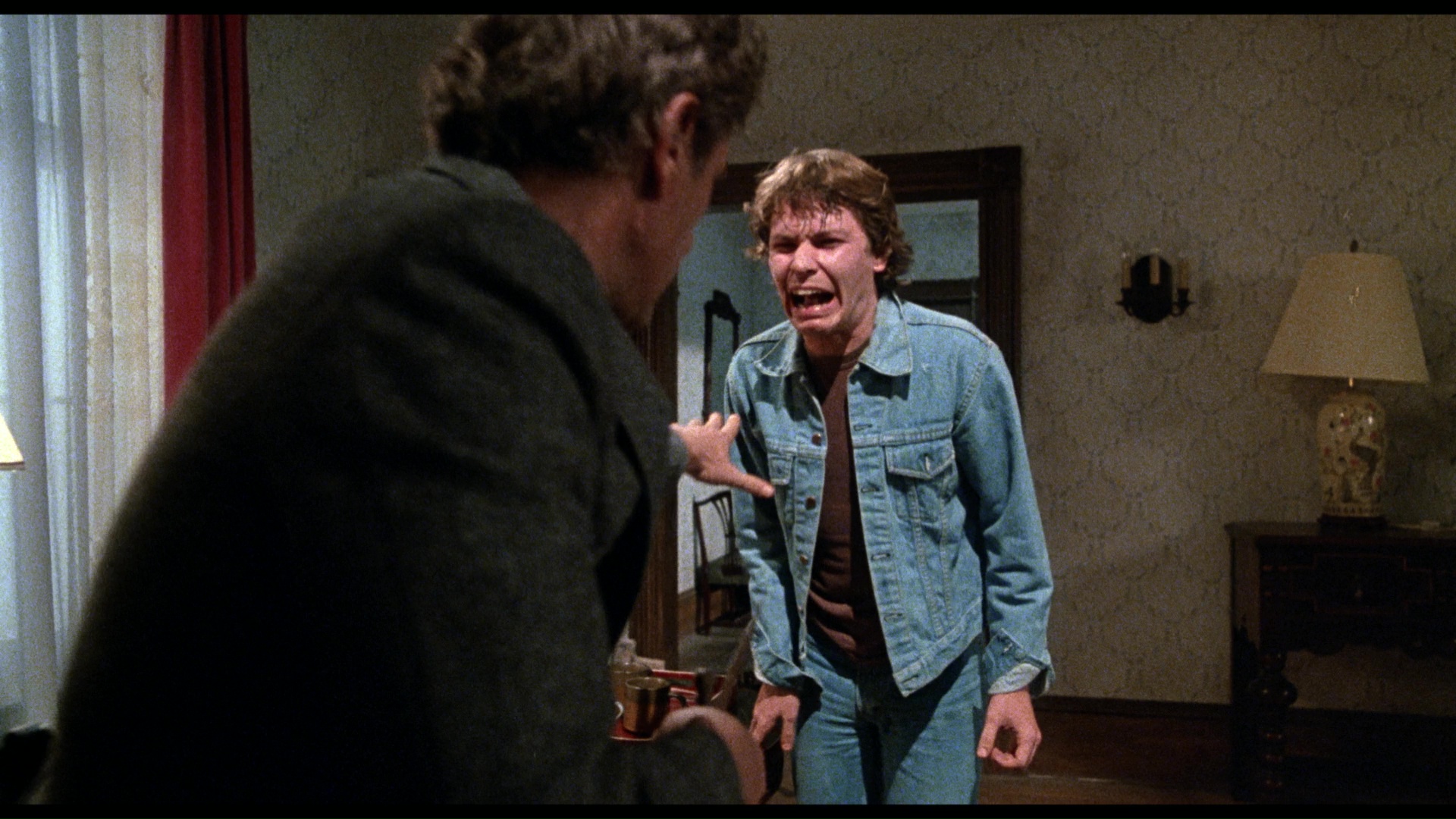 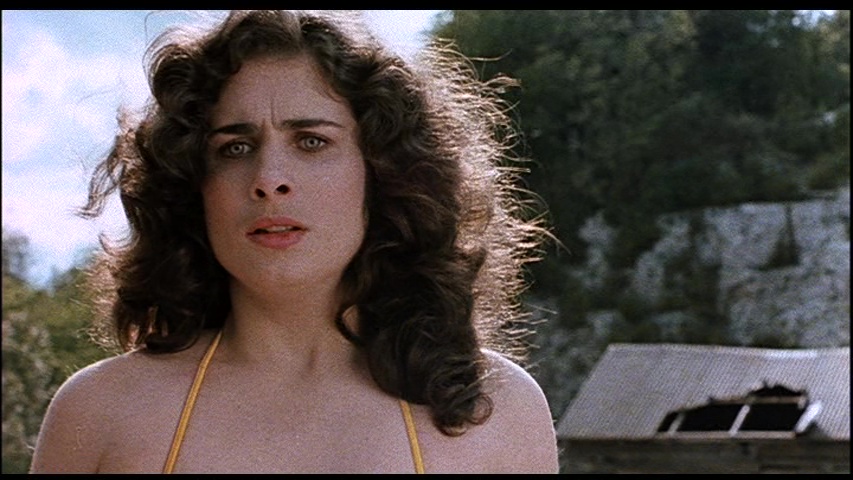 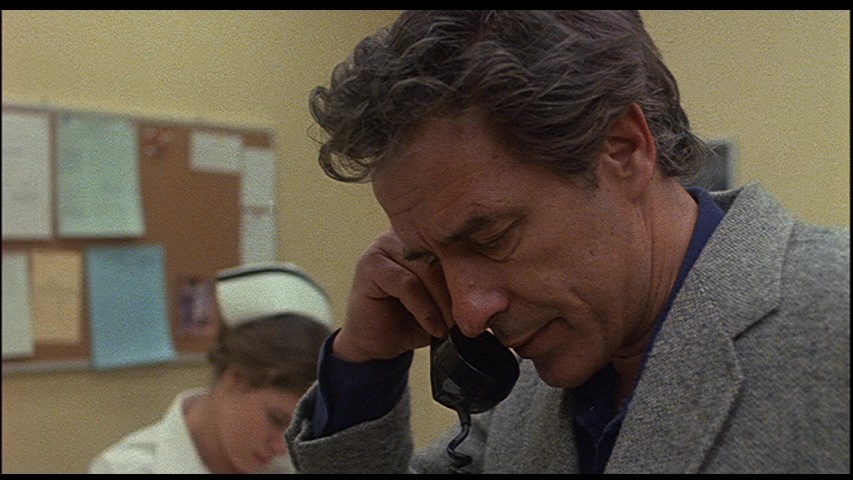 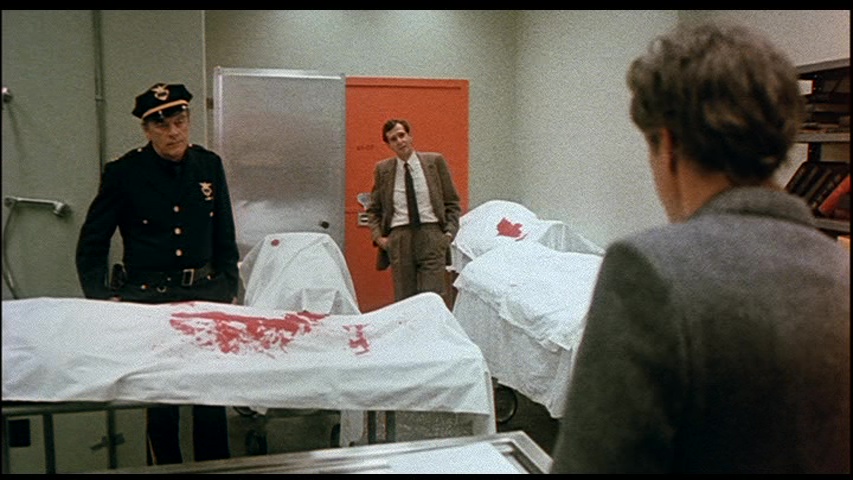 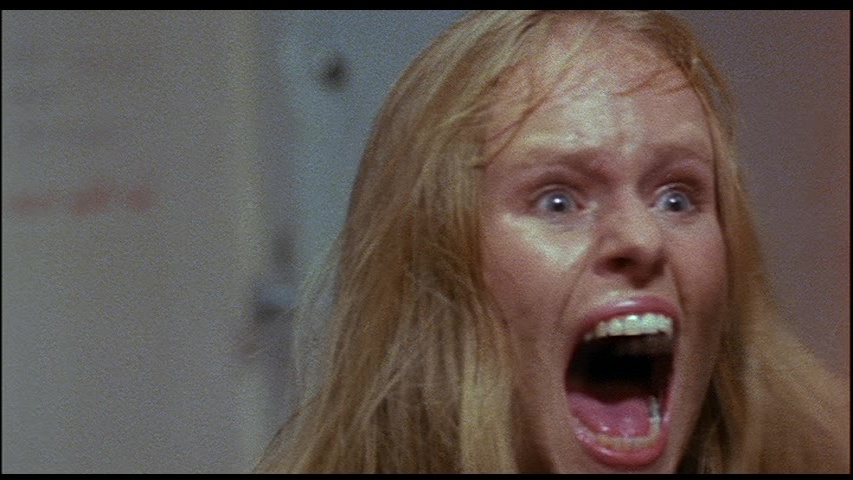 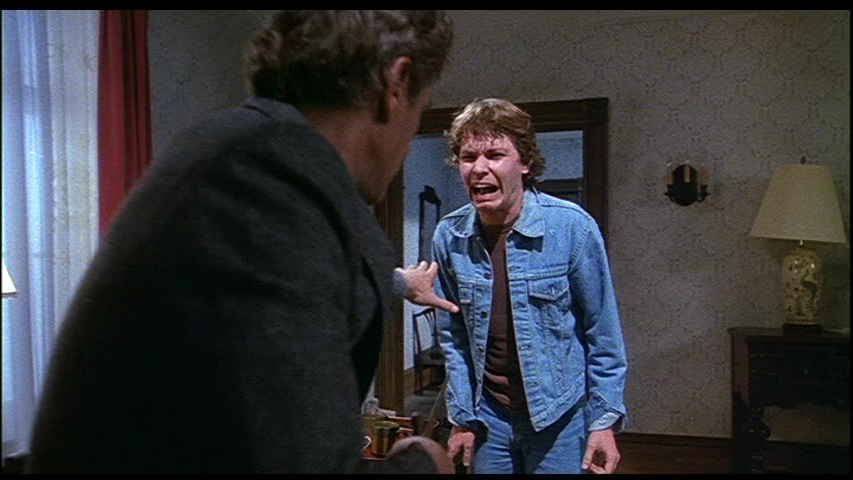