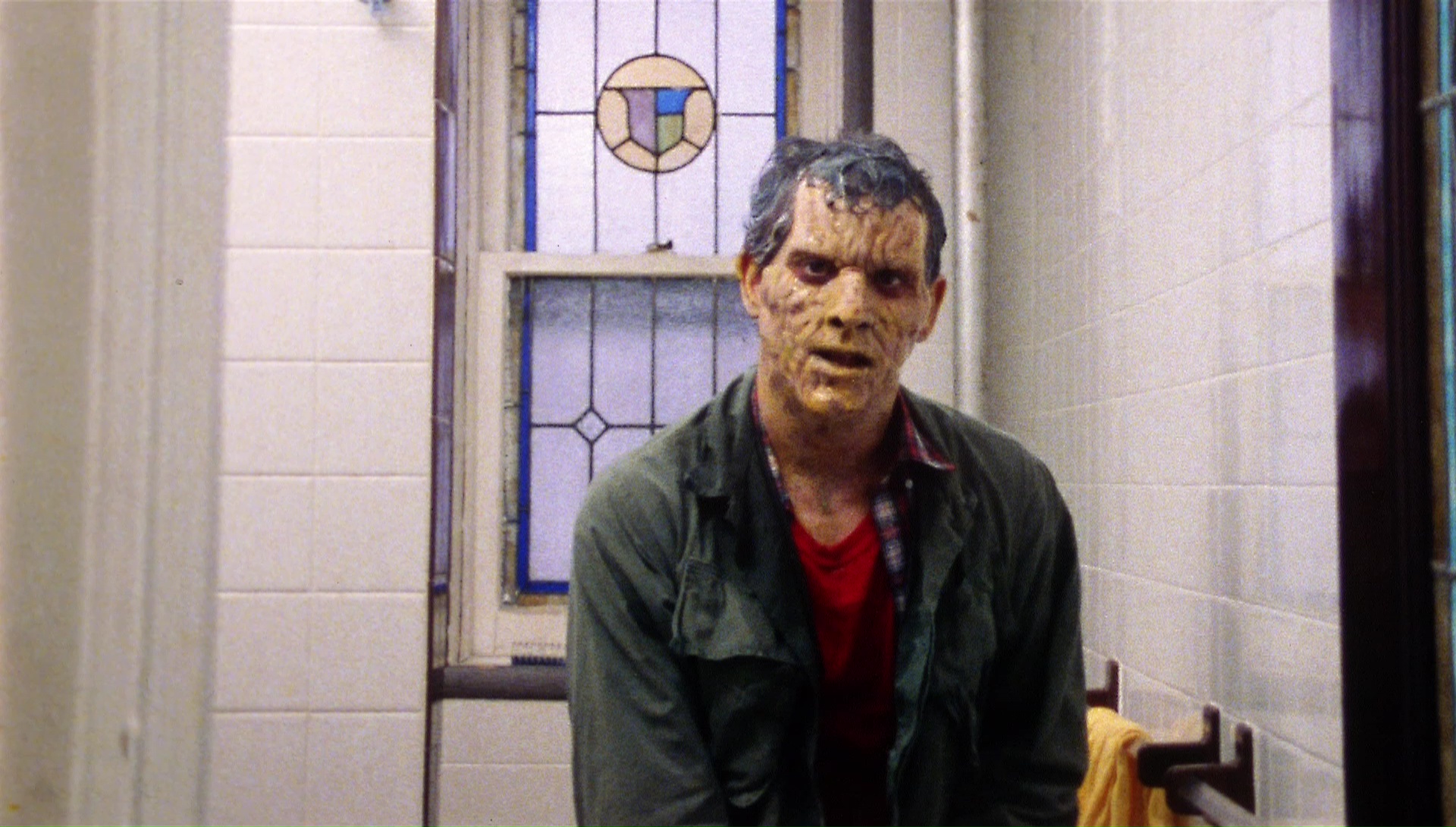 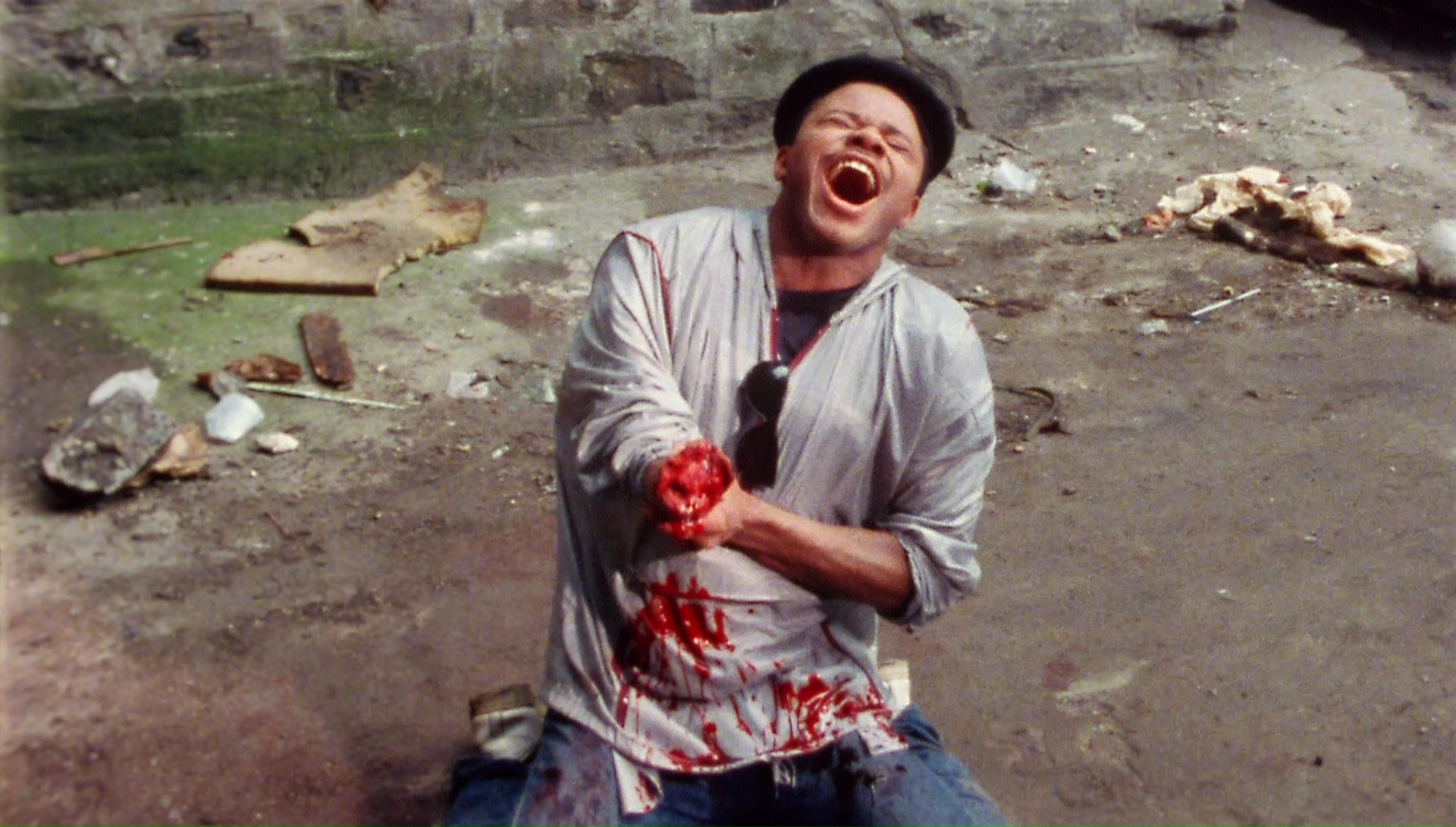 New York DIY horror director Greg Lamberson is still best known in trash movie circles for his debut feature film, Slime City, which came at the tail end of the '80s horror VHS boom and nabbed a bit of attention for its viscous aesthetic and knowledge of the horror genre. As you might expect, it's a very gooey piece of work shot on the down low in Brooklyn, Queens and the Bronx to give a gritty quality to this saga of a young couple, Alex (Sabin) and Lori (Huner), who find their idyllic existence in their new, modest apartment threatened when he takes up a neighbor's offer to consume some funky-looking yogurt and wine. Pretty soon our hero is turning into a slimy mess, and the body count begins to climb.

Though touted as a gore film, Slime City is really more squishy and grotesque in a cheaper Brian Yuzna sort of fashion, while the filmmakers really manage to pull out all the stops for the head-spinning finale. Neither of the leads did much beyond a handful of additional no-budget horror titles, but they're surprisingly good with the latter particularly excelling in a role that continues to surprise as it evolves. You do get a bit of the red stuff splashing around here and there, but mostly you get, well, a lot of slime.

Camp Motion Pictures made this film one of its earliest flagship releases on VHS with a DVD premiere in 2006, featuring an okay transfer with a director's commentary (more on that in a moment). In what amounted to an entire director's showcase packed 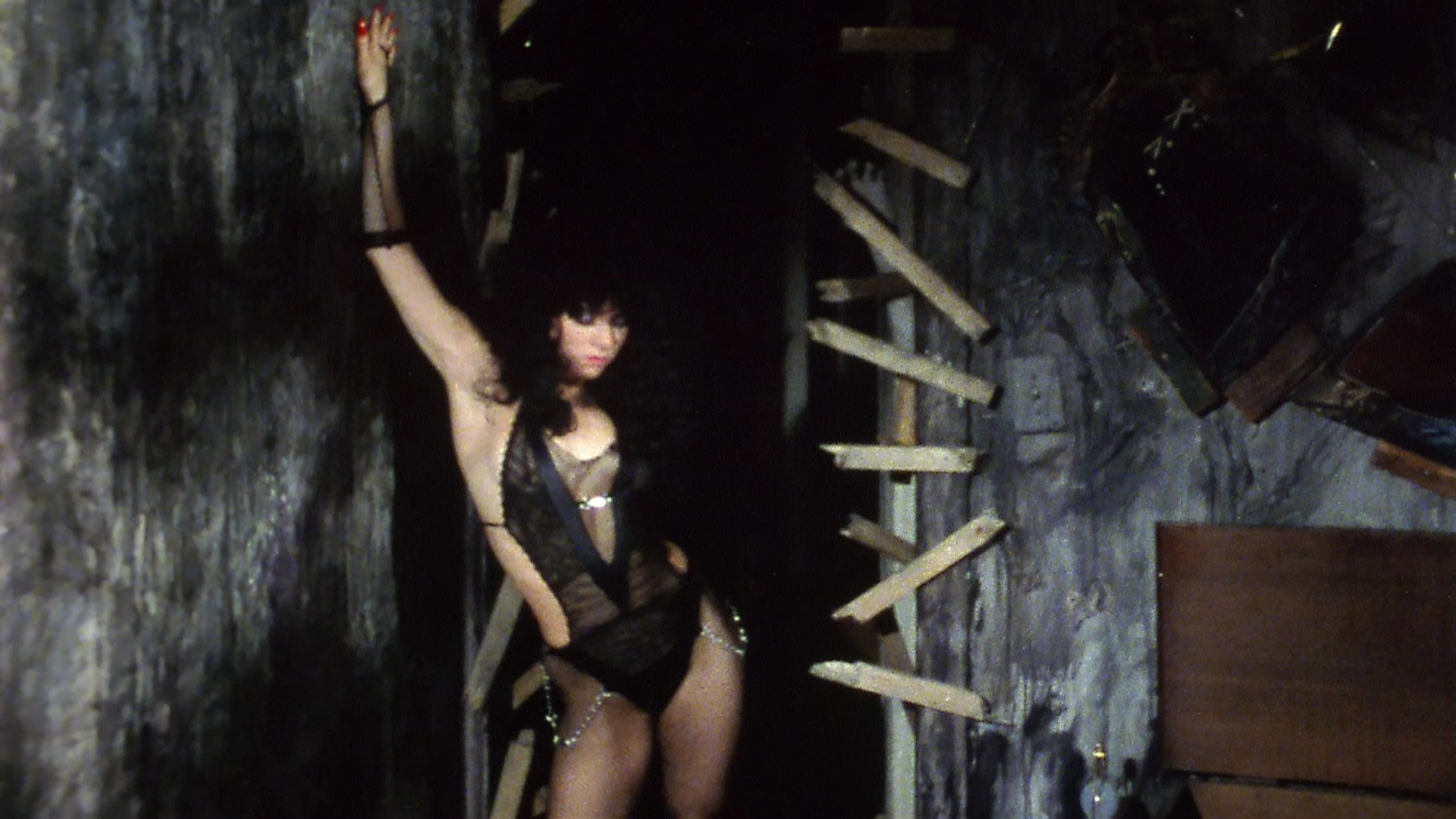 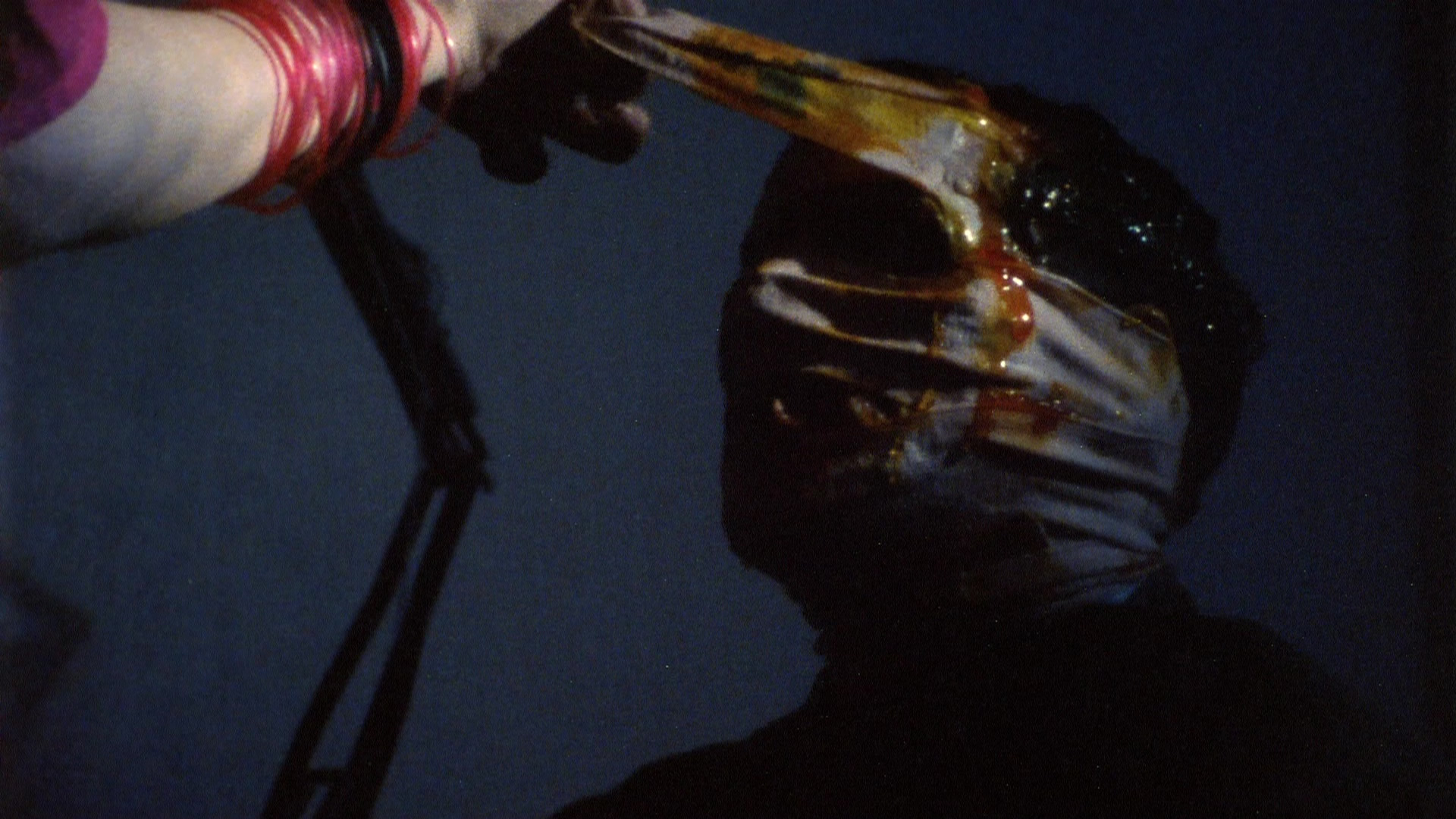 discs, Shock-o-Rama's Slime City Grindhouse Collection released on DVD in 2009 offers four works of varying quality (and wildly varying running times) with the titular film obviously serving as the first title in the set. Next up is Undying Love, which was originally released three years later under the more interesting title of New York Vampire. This one tries to go much artier and actually predates other Big Apple bloodsucker mood pieces like Abel Ferrara's The Addiction and Nadja by a few years. Unfortunately it can't help but feel a bit half-baked and draggy compared to its predecessor, as the story of a failed suicide named Scott hooking up with a hot female vampire carries few surprises and is way, way too chatty for its own good. The pseudo-arthouse vibe is constantly undercut by the pedestrian camerawork, and the acting isn't remotely as good as the prior film's. Ah, well.

Things perk up on disc two with Naked Fear, which concerns a guy named Camden who's afraid to go out of his apartment but has to find a roommate to make ends meet. Obviously having never seen Apartment Zero, he settles on the suspicious Randy who, not surprisingly, proves to be a severe impediment to our hero's journey back to mental health. There isn't really anything too naked or fearful on display here, but it's a fun, Polanski-esque little thriller with fairly decent acting considering what appears to be the lowest budget of the three. 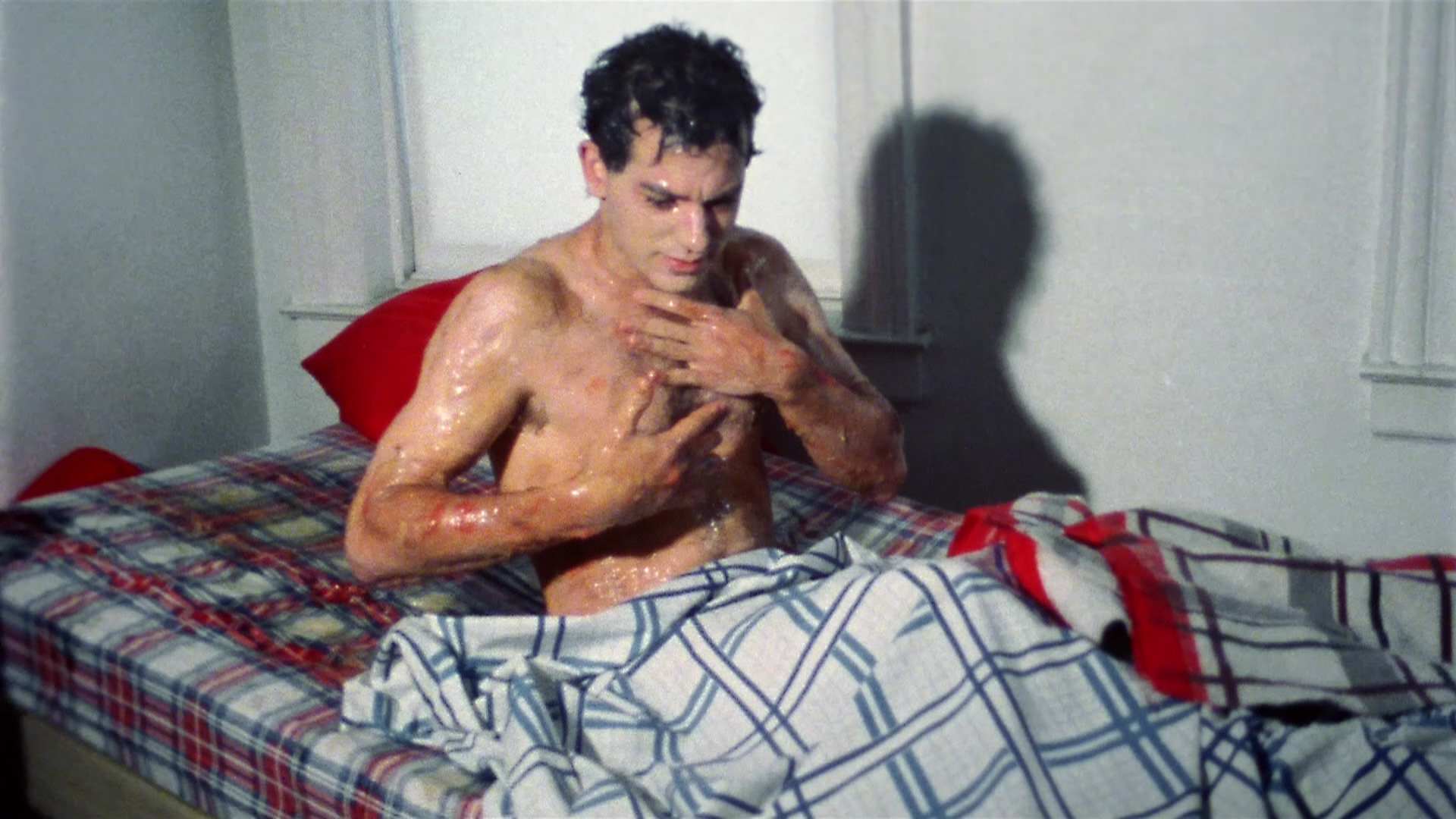 Finally we wrap up with the seven-minute Johnny Gruesome, an adaptation of the director's novel (and tie-in CD!) about a leather-wearing high school rocker who returns from the dead to ride his motorcycle and kill people, not necessarily in that order. Misty Mundae pops up here (as Erin Brown, her working name now 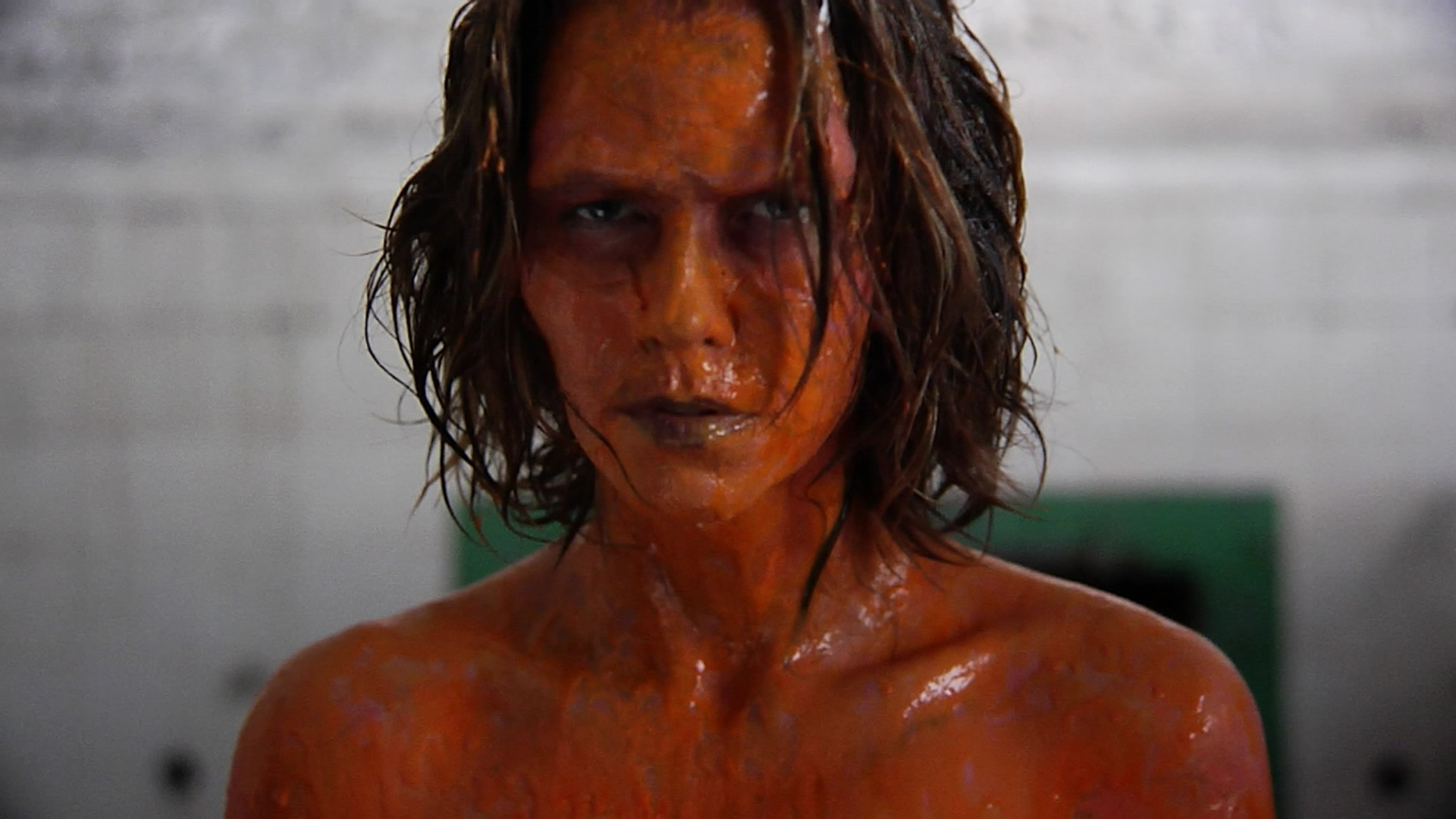 even though she's credited as Misty on the packaging) long enough for a minor love scene and plenty of screaming at the camera. It's a diverting, campy little distraction. The director chips in here with commentary tracks for the three main features, covering the long, multi-year process involved in getting his first film made, the means used for the various local shooting spots, and the necessity for low-budget but effective splatter effects. You also get a "Making Slime" featurette on the FX, a "Making Love the Grindhouse Way" featurette, a "Meeting His Maker" peek at the making of Johnny Gruesome, and a fold-out poster. Also, Document of the Dead helmer and Street Trash producer Roy Frumkes contributes some extremely solid liner notes which lay out the director's surprising connection to Street Trash and Brain Damage.

Over two decades later, Lamberson returned to familiar terrain with a mostly fresh cast and a glossy digital production for the belated sequel, Slime City Massacre (which first popped up on DVD in 2011 from Shriek Show). Like seemingly almost every other indie horror video release it features Debbie Rochon (also in Lamberson's Dry Bonesand Killer Rack), and it ups the ante with a broader scope and a more ambitious 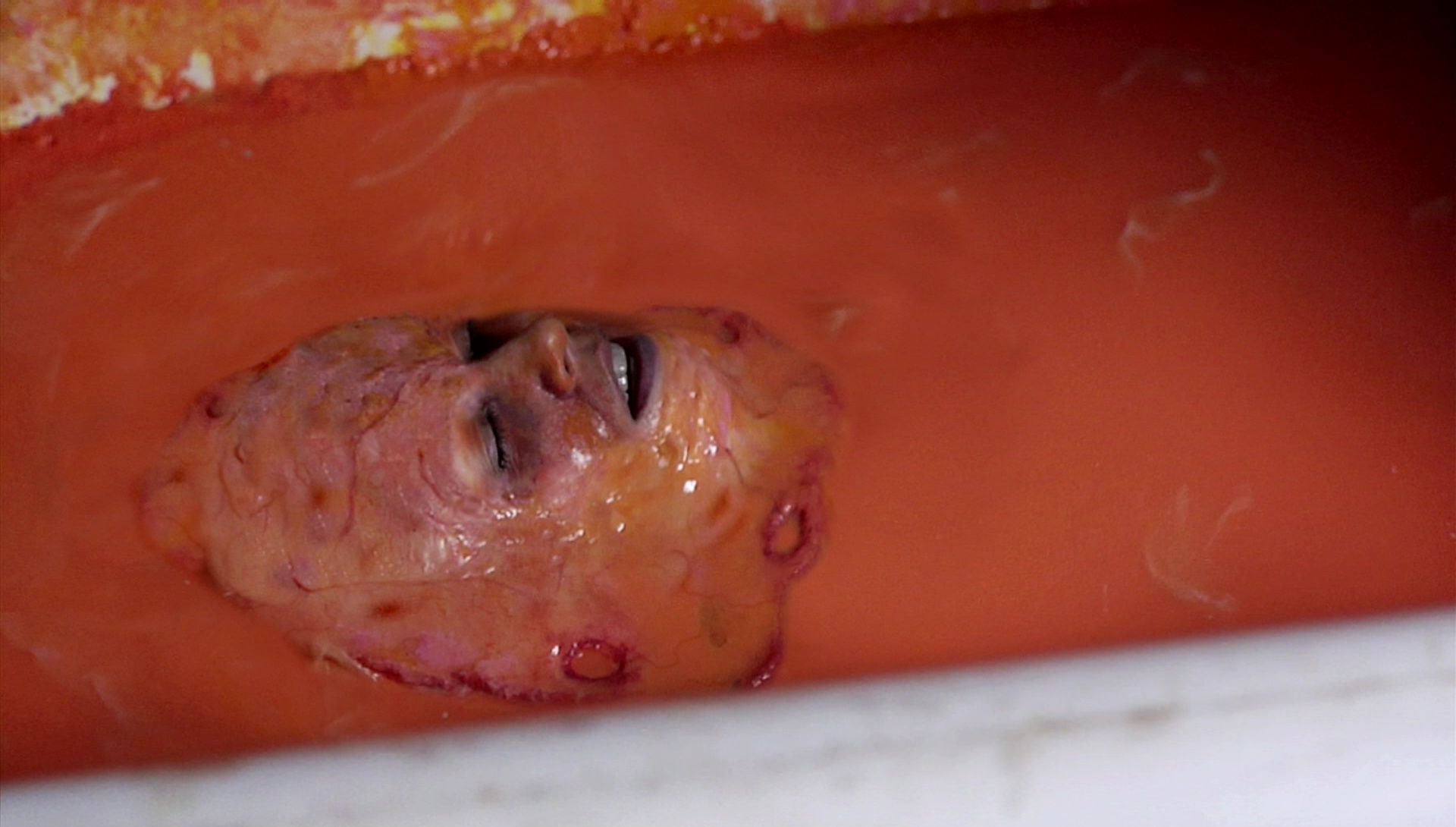 approach including a time-jumping mixture of color and monochrome footage. Reflecting the post-9/11 world that's come to pass since the first film's release, the story brings that pesky contagion-laced "Himalayan" yogurt into the hands of a group of survivors a few years after a dirty bomb attack in New York, which is now under dictatorial rule. A cult leader named Zachary (Sabin again, credited as "Robert C. Sabin") also figures into the plot along with an egotistical developer, Ronald Crump (Frumkes, popping up on camera this time), who sends in a militia to try to mop up the problem for his own ends.

both films), the bright and slick HD video shooting here sometimes feels at odds with the gloppy throwback vibe of the sequel itself. However, once you get used to that there's plenty of amusement to be had including committed performances by Rochon and Lee Perkins as well as good turns by Jennifer Bihl and Kealan Patrick Burke as the two main characters, Alexa and Cory, who stumble into this post-apocalyptic mess and serve as viewer surrogates, more or less. There's also a stronger emphasis on sex here with some icky, fluid-slicked encounter emphasized the debt to Frank Henenlotter and Brian Yuzna even more.

The previous Slime City commentary is carried over here for the Blu-ray release, but there's also a brand new one with Lamberson as well serving as an updated, more detailed revision of sorts as he goes deeper 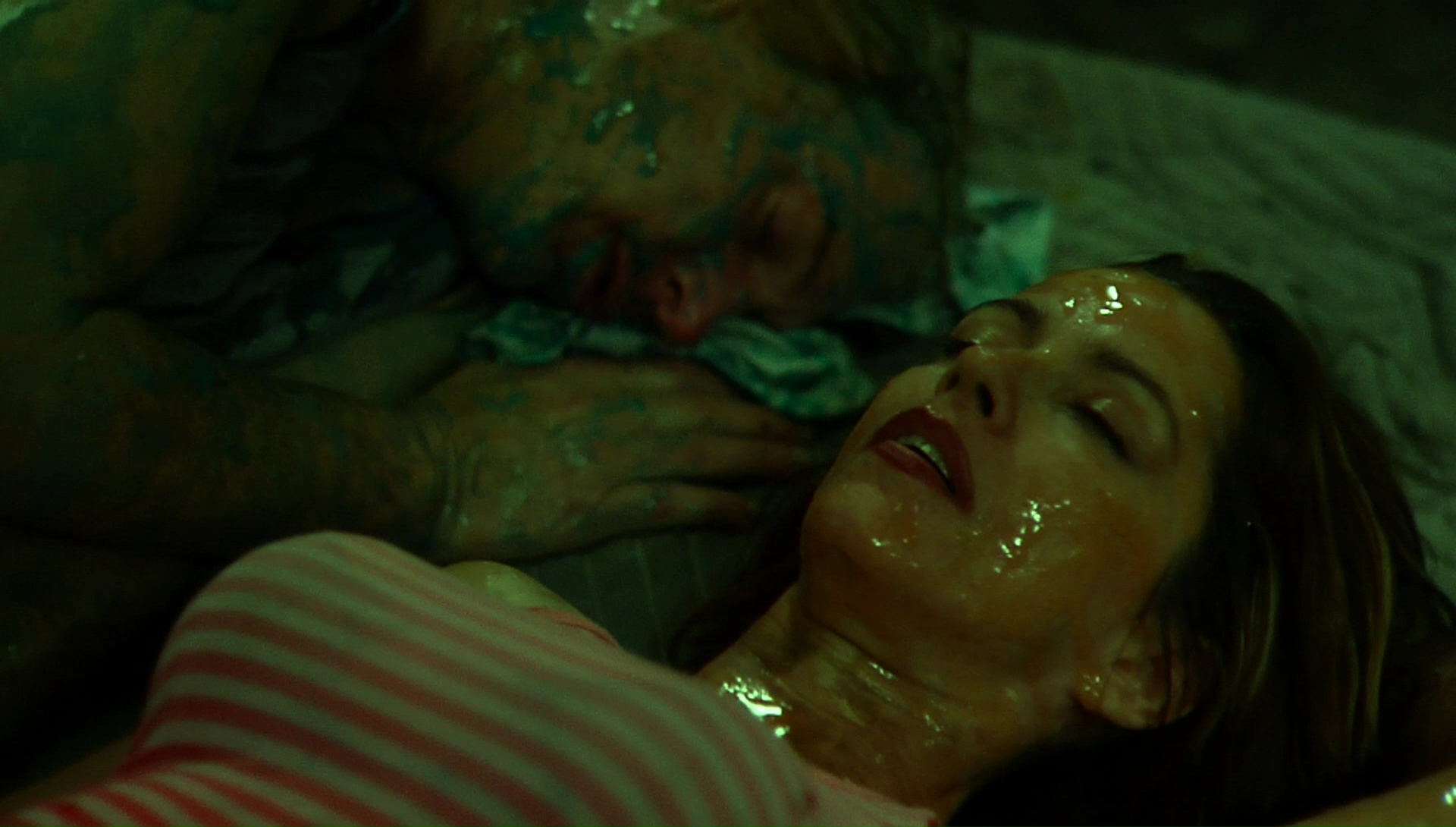 into the filming locations, the development of the script, and the film's history on home video. The "Making Slime" and "Slime Heads" featurettes are ported over, with other extras including the original Slime City trailer plus "grindhouse" promo and 2006 variants and a "Return to Slime City" promo, while Slime City Massacre sports a lighthearted new audio commentary (with Lamberson, Rochon, and Bihl) including tips on how to take a bath in slime, a blooper reel, a 3-minute bit of behind-the-scenes footage, a 7-minute "Scoring Slime" interview with composer MARS about the intended "'80s aesthetic,", a whopping 86-minute "Slime City Survivors" doc (basically loads of raw production footage severely windowboxed within the frame), an inconsequential deleted scene, the trailer, and a bonus trailer for Killer Rack.