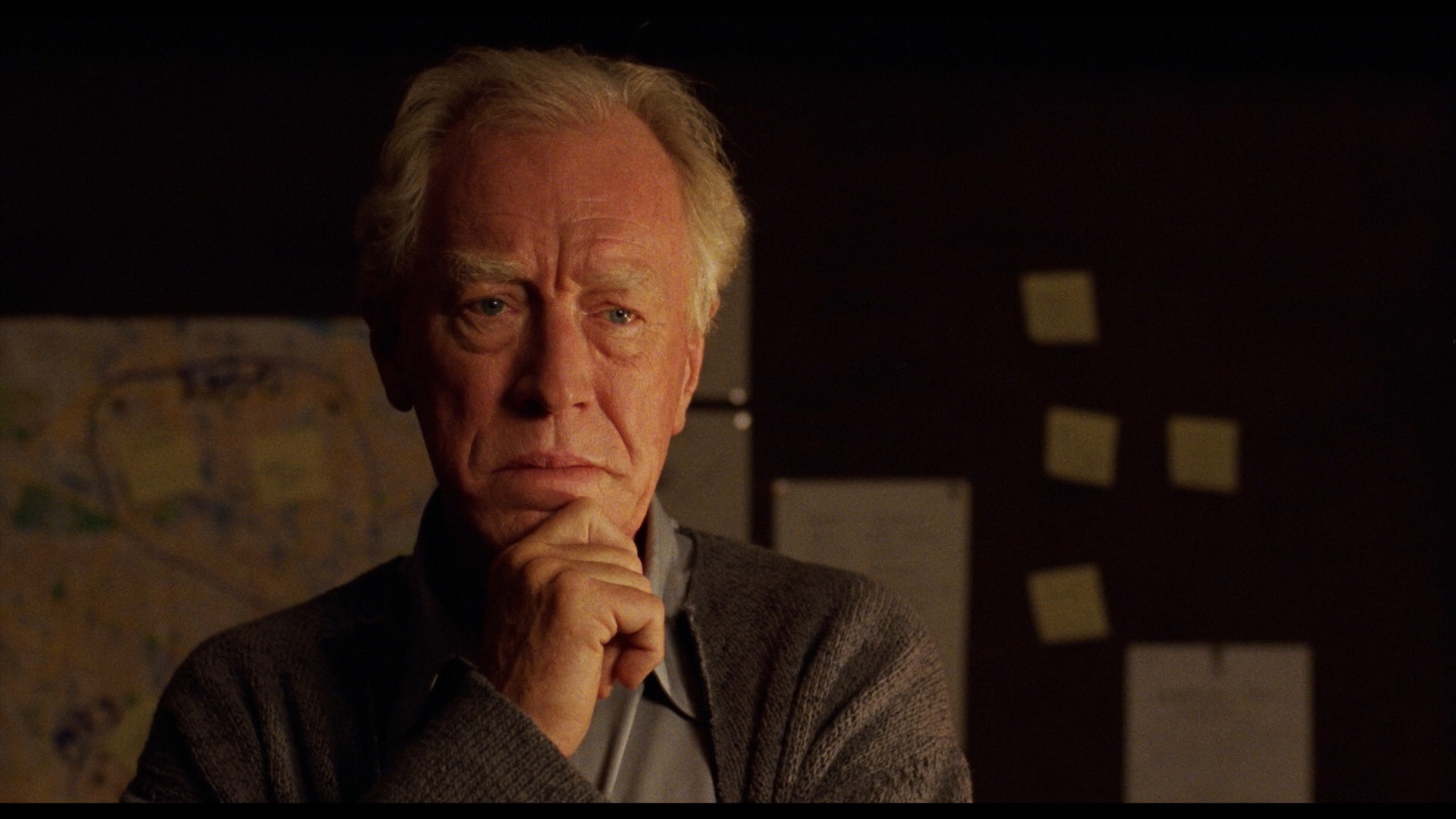 the divisive and financially 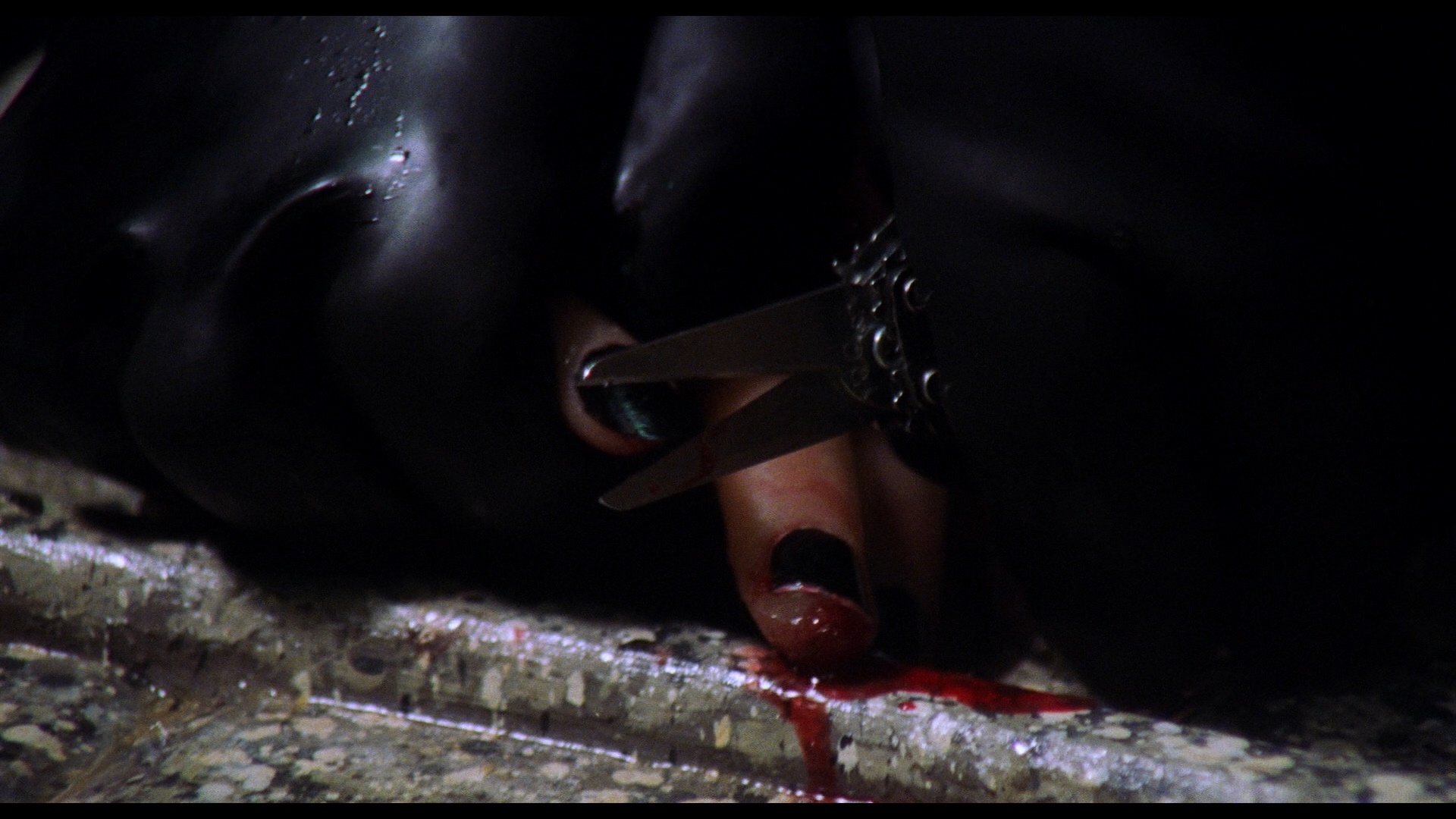 unsuccessful experiment of The Phantom of the Opera, director Dario Argento went back to basics for this equally controversial pastiche of his previous giallo hits. Long criticized for his unorthodox storytelling (usually dismissed as "weak scripts"), he continued to twist convention by concocted a serial killer yarn in which all of the protagonists are passive, mostly ineffectual figures, bounced around by a helter skelter plot. In the opening scene, Inspector Moretti (Von Sydow) investigates a woman's brutal murder in Turin and promises her young son, Giacomo, that the killer will be apprehended. Flash forward a couple of decades as the same murderer stalks and butchers an especially dim pair of prostitutes on a dark and stormy night at a train station. The retired Moretti is struck by the similarities of the crime to past events, mainly due to the obsession with a macabre children's book, The Death Farm, whose suicidal dwarf author was fingered for the previous murders. The now adult Giacomo (Farinelli's Dionisi) returns to Turin and reunites with his old friends, rich asthmatic Lorenzo (a very weak Zibetti) and pretty harpist Gloria (Caselli). The murders continue, each modeled on the animal-themed killings from the book, and soon the list of suspects grows…

Even more than the underrated Trauma, Sleepless cribs bits and pieces from the Argento canon: the thunderous opening and ill-fated ballerinas from Suspiria; the flawed-memory hero, "animated" dummy, and double-whammy twist ending from Deep Red; the pounding rock score from Goblin; and the monstrous parent-child dynamics from Phenomena and Four Flies on Grey Velvet, to name but a few. One’s enjoyment of the film will largely depend on how much one can savor style over content; the 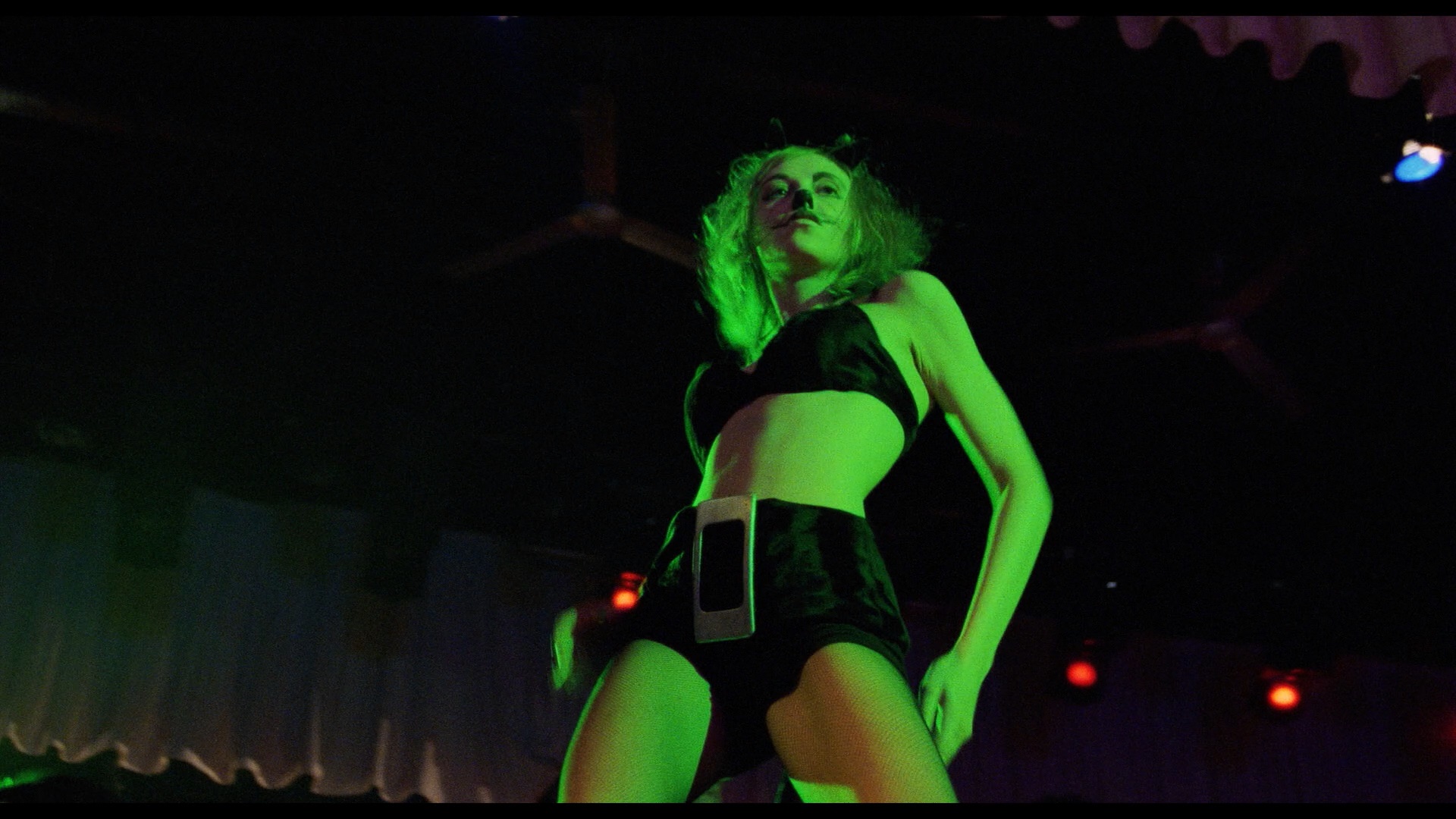 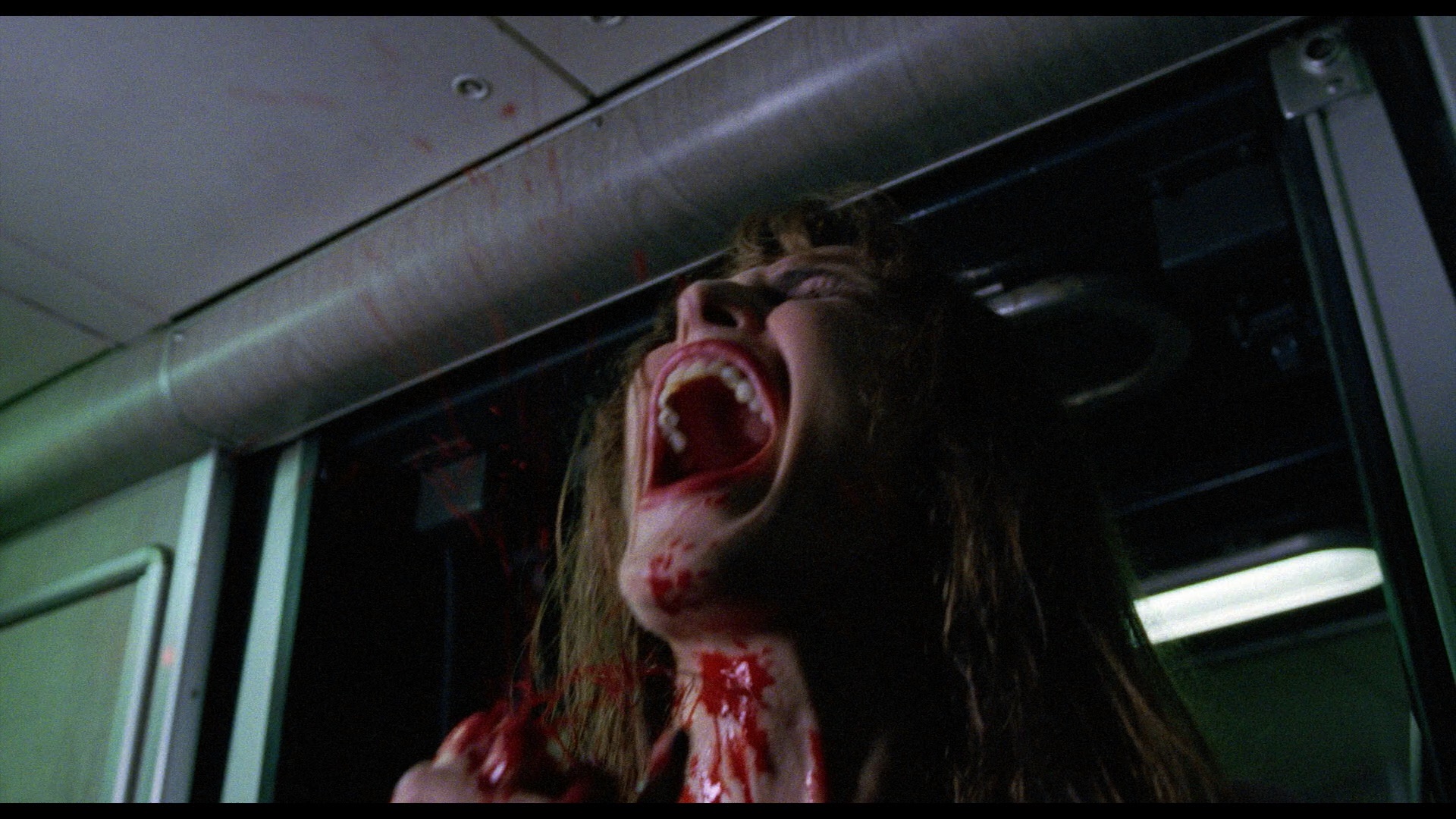 compensating factors. Certain scenes indicate Argento most certainly had his tongue firmly planted in cheek throughout the film: a disorienting location card reading “Rome” while showing a Chinese restaurant with Asian music tinkling in the background; the bizarre dwarf subplot (including a peculiar interrogation scene that parodies The Bird with the Crystal Plumage); the hilarious introduction to the rabbit-toothed waitress/murder victim; the naked hooker who quickly drops her clothes and inhibitions when the killer flashes a handful of cash. This growing humorous tendency in Argento’s work (already plainly exhibited in The Phantom of the Opera) has been a major stumbling block for many of his fans, who understandably have a problem with the fact that Argento is hardly a comedy director and doesn’t have the razor-sharp sense of satire blessed upon, say, Brian De Palma. For better or worse, this film finds him continuing to explore and evolve with a few interesting stumbles along the way.

Even more than the aurally painful The Stendhal Syndrome, Sleepless (Nonhosonno) is a film that suffers significantly in its English language version. While all of the cast spoke their lines in English, only Von Sydow’s voice remains on the soundtrack; however, the dubbing and line delivery are so awkward that any Argento fans, even those who didn’t warm up to this film in English, should feel obligated to seek out the Italian version, which truly plays like an entirely different film. Audio-wise the best option is still the Italian DVD from Medusa, which sports magnificent 5.1 and DTS mixes of the Italian soundtrack with optional English subtitles, or the English version in 5.1. The disc 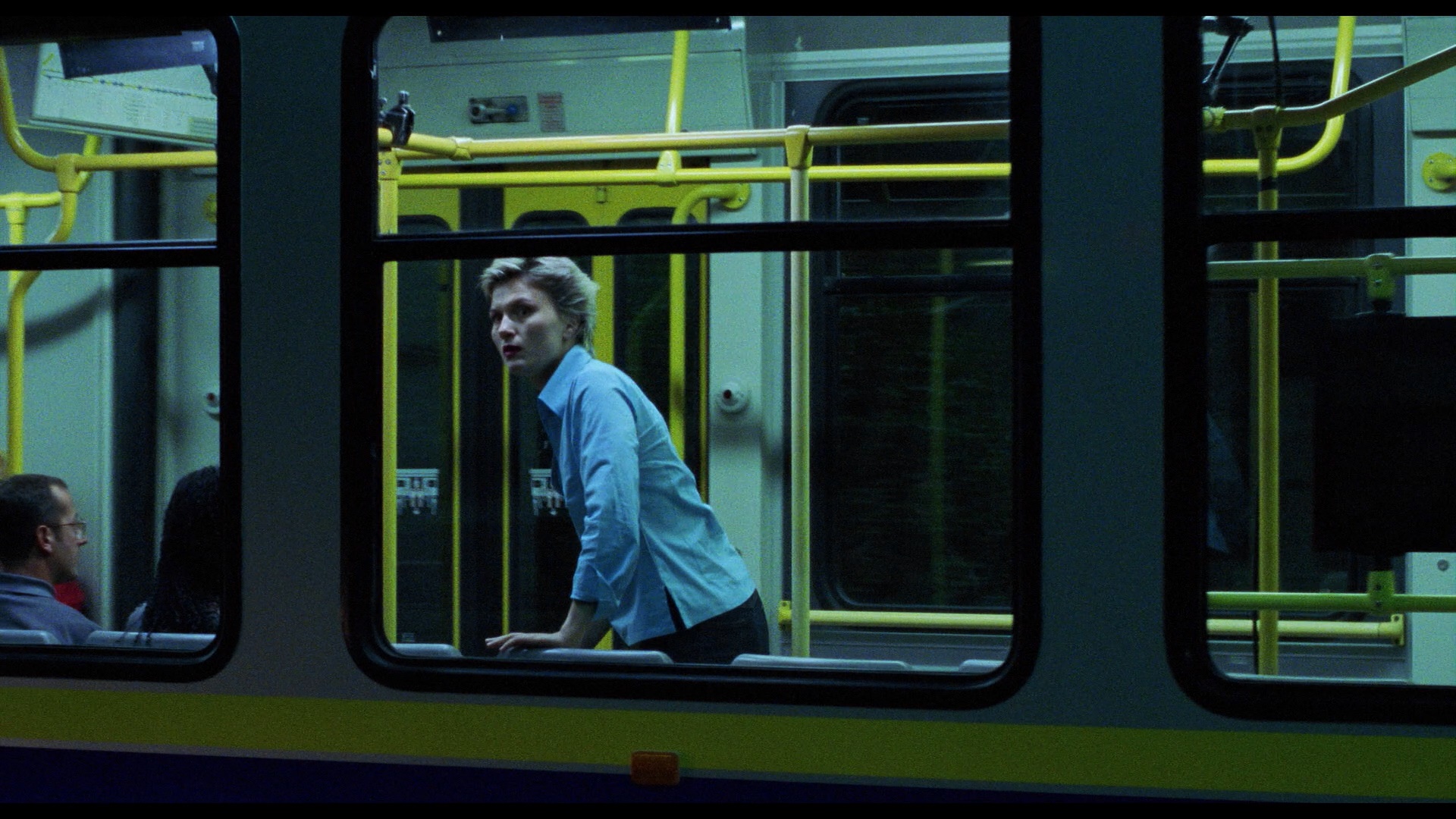 also includes a making-of featurette (in Italian only) and the Italian trailer. Image quality is excellent and the best of all standard def options with a 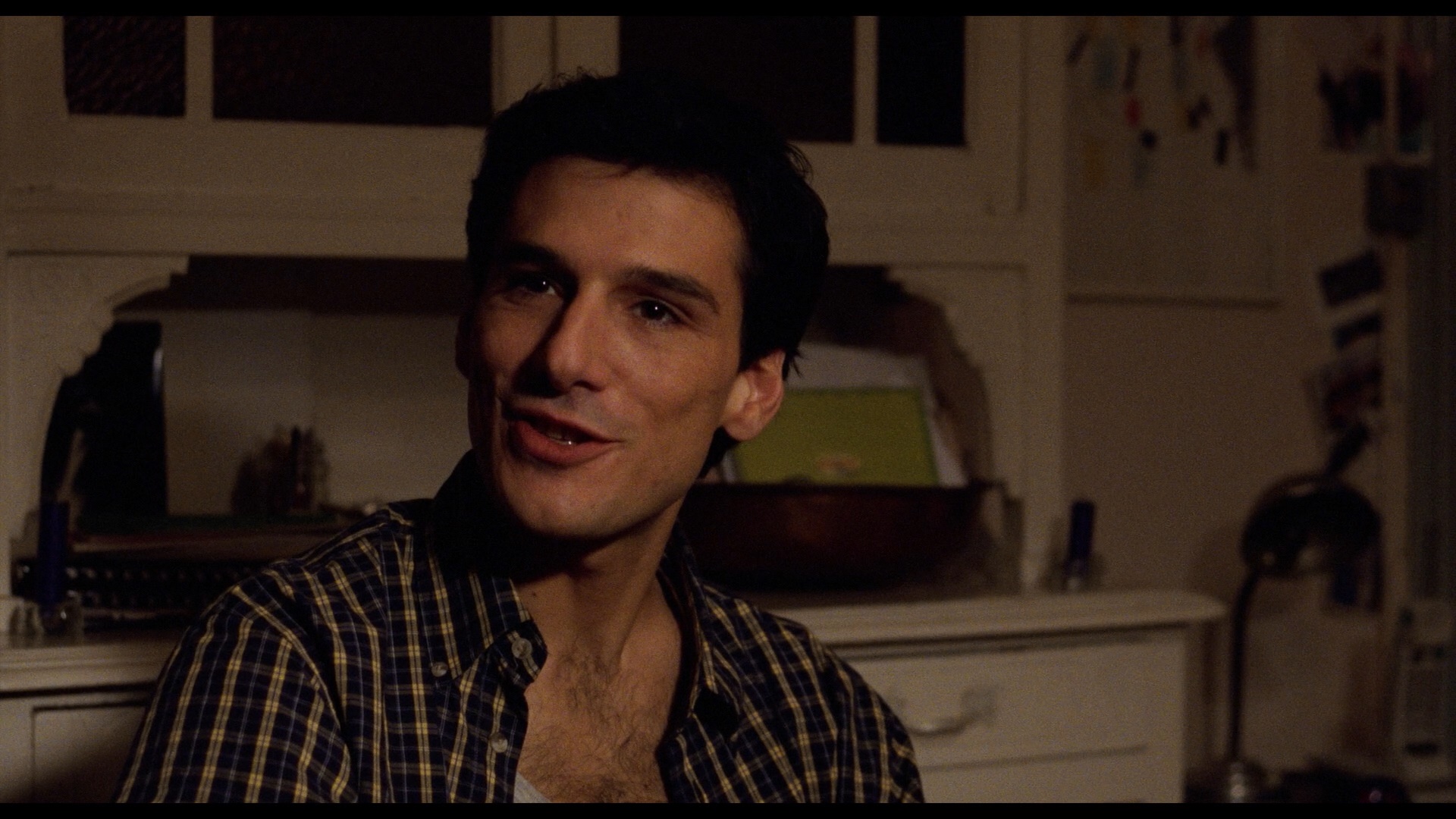 rich, colorful anamorphic transfer that makes mincemeat of the sorry-looking English theatrical prints. The same video transfer is available in several other countries as well, including France (as Le sang des innocents, with the French, Italian, and English tracks but no English subs), Holland, and the UK from Arrow (English version only); the latter also includes the featurette (with English subtitles) as well as a bonus disc of Dario Argento: An Eye for Horror. This commendable one-hour documentary features interviews with many of the principals from Argento’s films, including an intimidating Daria Nicolodi and some controversial thoughts from Asia Argento about her father’s cinematic abuses directed at her throughout their collaborations. Only those completely unable to access either the Italian or British discs will find any reason to seek out the U.S. disc from Artisan, which is the worst possible way to make this film’s acquaintance. Painfully pan and scanned with a shoddy, muddy transfer, this painful joke of a release is one of the low points of DVD Euro horror; even the 5.1 track sounds more like a flimsy, lexiconed version of a 2.0 track than the dynamic mix found on the European releases. Even more perplexing, Artisan’s early VHS screeners and even the theatrical trailer on the DVD are letterboxed! At least the DVD is uncut, as opposed to the abortive R-rated VHS release, but it should still be avoided if at all possible; the tacky cover art does it no favors either. It isn’t quite as agonizing as the home video travesties visited upon Trauma, but that’s not for lack of trying. 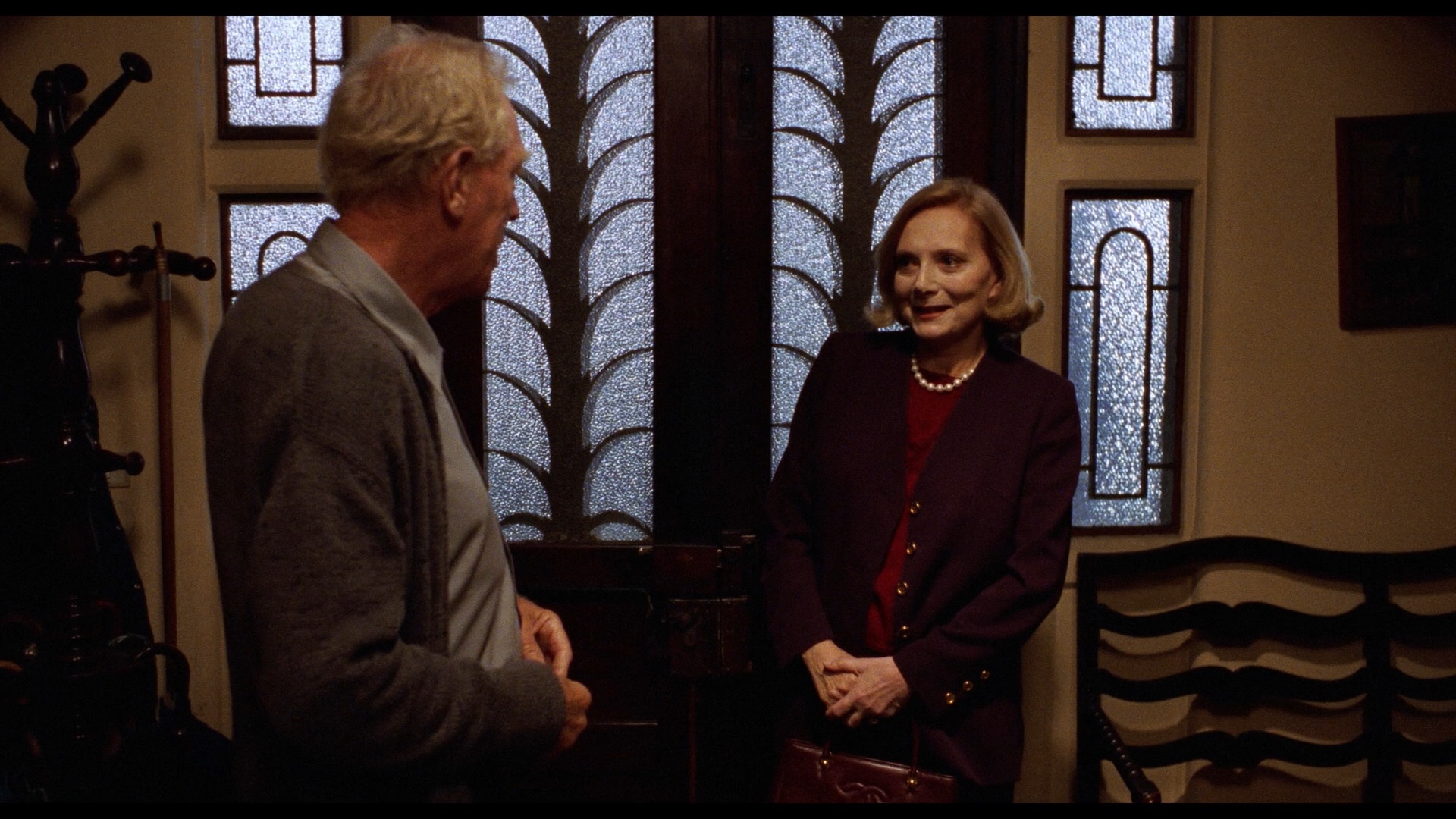 One would imagine Sleepless would be a prime title for Medusa to upgrade to Blu-ray in Italy, but instead its first HD presentation came 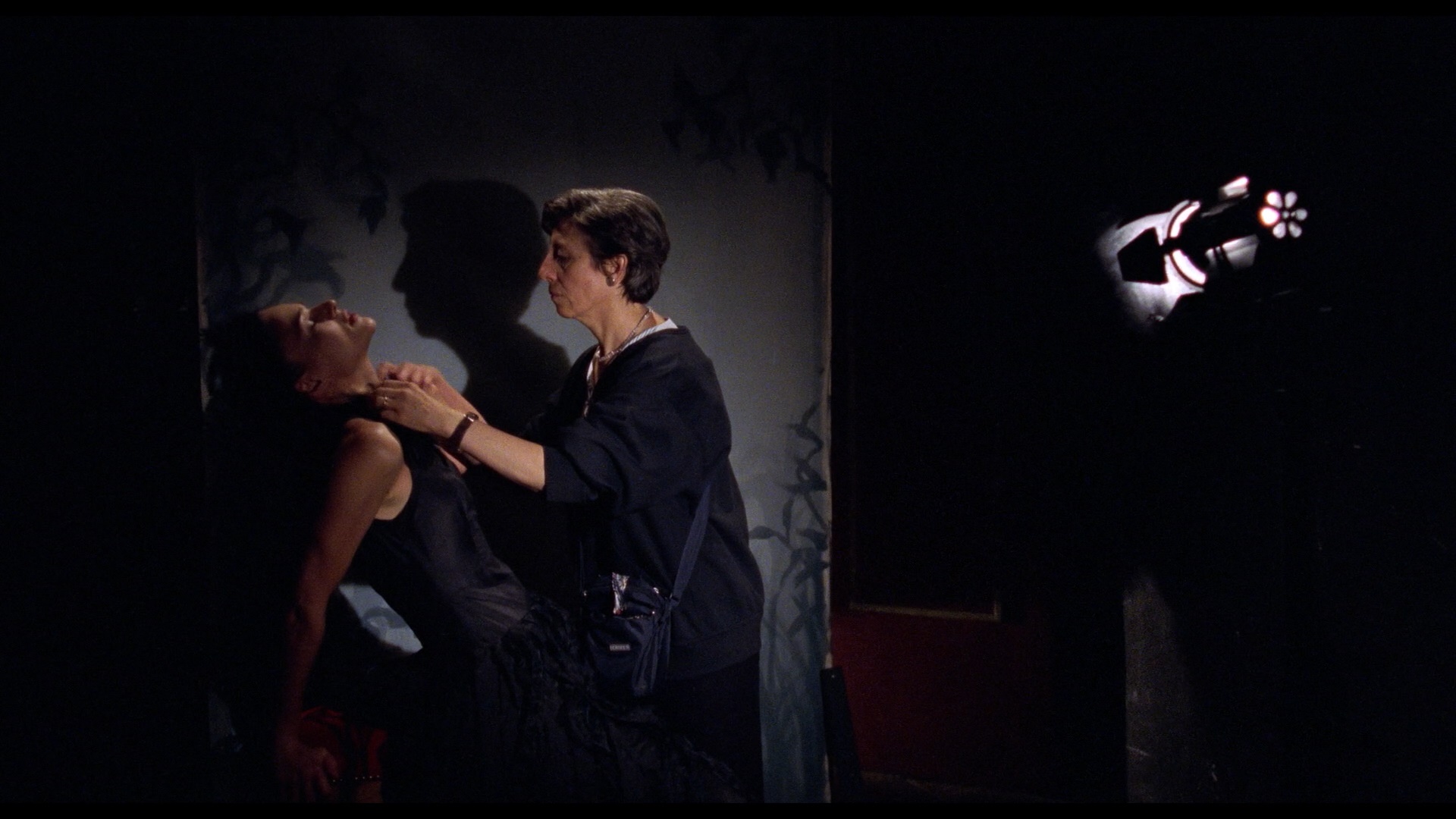 in late 2012 from Austria courtesy of a very attractive region-free release containing an excellent 1080p transfer, by far the most impressive-looking version of the film to that time (and again miles ahead of its cruddy 35mm prints). Colors are very rich and satisfying, while the film grain looks natural and doesn't appear to have been tampered with to any significant degree. The DTS-HD 5.1 audio is available in both English and German (plus a two-channel German option), so the absence of the Italian track is really the only major strike against this one. As usual the English track sounds great, with plentiful surround effects including that show stopping train sequence. The making-of featurette is carried over here, but most surprising is the inclusion of an extra Argento interview running for six minutes - in English! He calls making thrillers "my life" and talks about his influences and reasons for staying within the genre he loves; it doesn't really go into this film specifically, but this is a nice bonus nonetheless. Also included are the Italian and German trailers (identical apart from the spoken languages) and a stills gallery. Be wary as a reissued version for general retail in Germany is heavily censored.

In 2020, Scorpion Releasing finally gave the film its first respectable U.S. release in any format with a Blu-ray special edition that features the best a/v quality to date as well as the most substantial extras. The transfer appears to be from the same solid scan as the previous Blu-ray but sports richer blacks and more impressive color timing including more robust flesh tones. Best of all, it features both the English and Italian tracks in very powerful 5.1 mixes 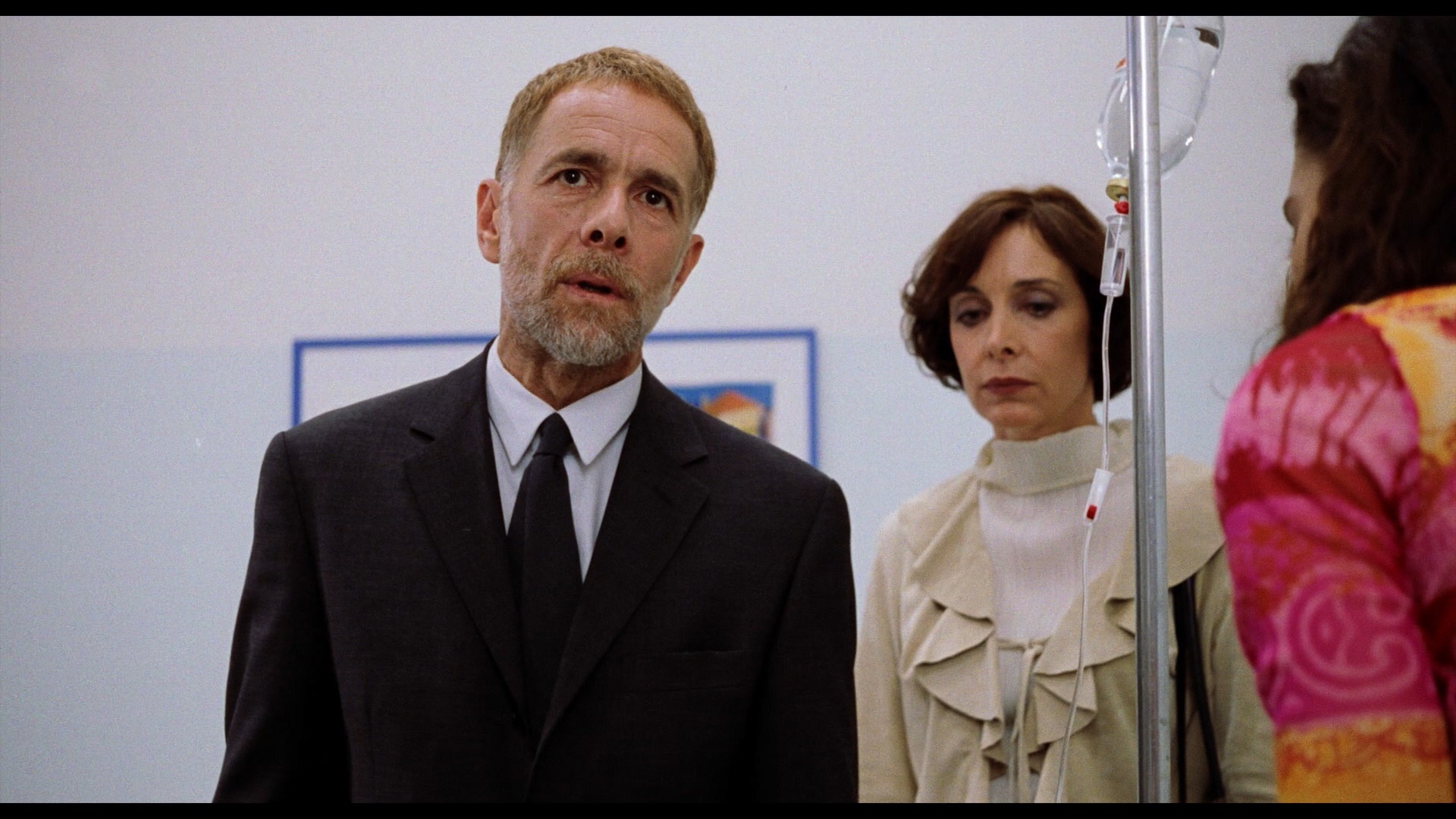 with optional English subtitles translated from the 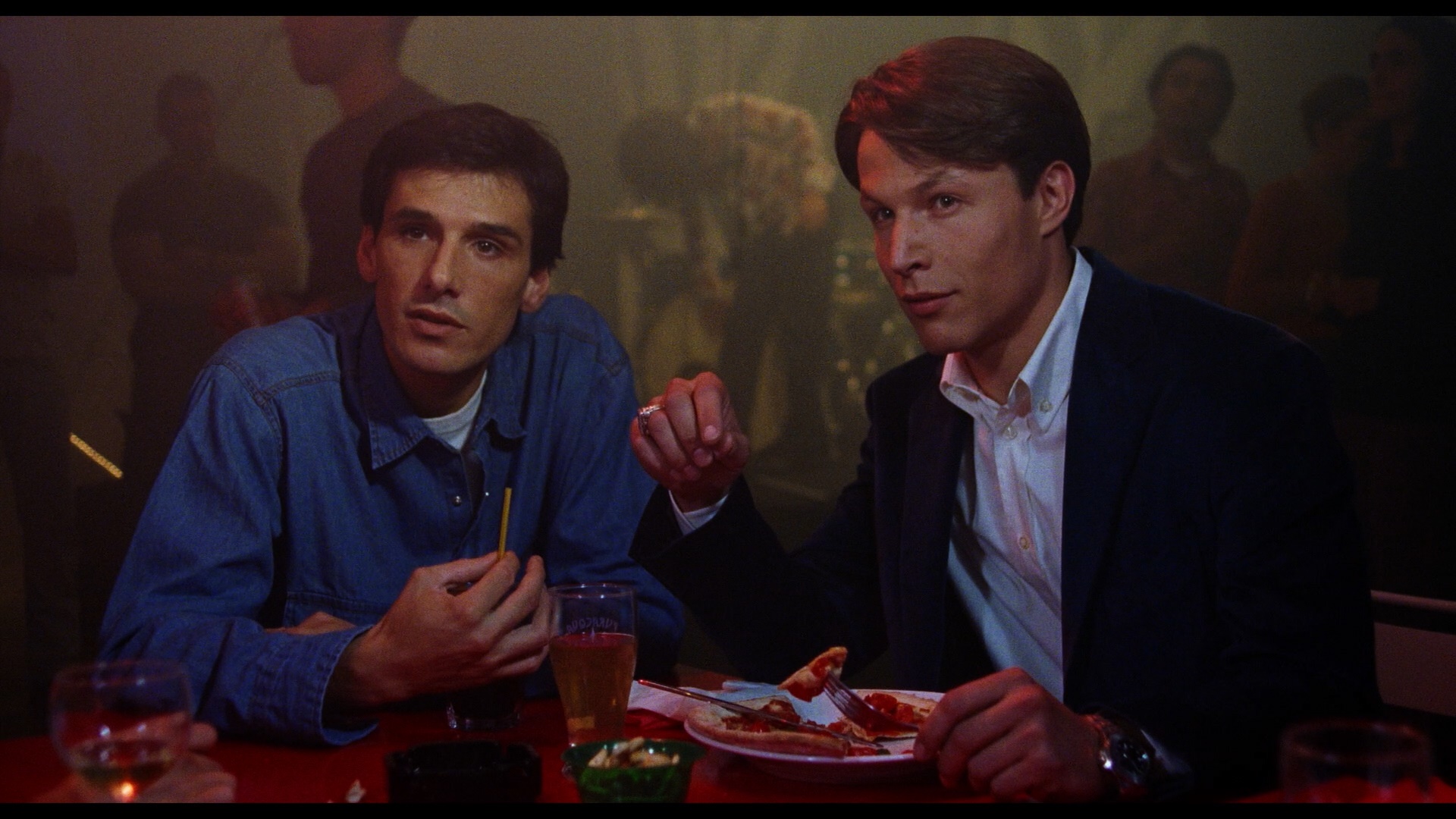 Italian, which means this is the first time English-speaking viewers can enjoy that superior option in HD. A new audio commentary has been added with Troy Howarth and yours truly so that definitely can't be assessed here, but hopefully you'll find it of value. Five new video featurettes are included starting off with "He Never Sleeps" (18m30s), in which Argento talks about returning to the giallo after a long absence, the title's origin via the Son of Sam, the shooting in Turin, his good rapport with Von Sydow (who had a fun idea for a sequel that never materialized), his execution of that carpet shot, the temporary reunion of Goblin, and the challenges of shooting some of the murder sequences. In "Don't Go to Sleep" (17m5s), actor Paolo Maria Scalondro chats about being cast as the police commissioner after a call with Dario, shooting under heavy rain machines, the "Peter Pan" personality of cinematographer Ronnie Taylor (who also shot Opera), and his personal affection for Turin. Then screenwriter Franco Ferrini appears in "The Cop and the Parrot" (11m10s) to discuss a narrative element from Ellery Queen that inspired the story (a tactic also used in Trauma), and the genesis of the Moretti character while Argento was bringing lunch to a feverish Asia Argento. In "Blood on the Tracks" (15m47s), set designer Antonello Geleng goes into some of the sleight of hand involving moving walls needed to pull off some shots in what would seem to be a visually straightforward film, particularly the first train murder and the ballet sequence. Finally, actor Gabriele Lavia (who also appeared in Argento's Deep Red and Inferno) shows up for "Killed Three Times" (12m32s) to talk about his breakneck work schedule when he made their first film together, his multiple death scenes, his experience as a theater manager, and his eagerness to work with Argento again that resulted in this film. 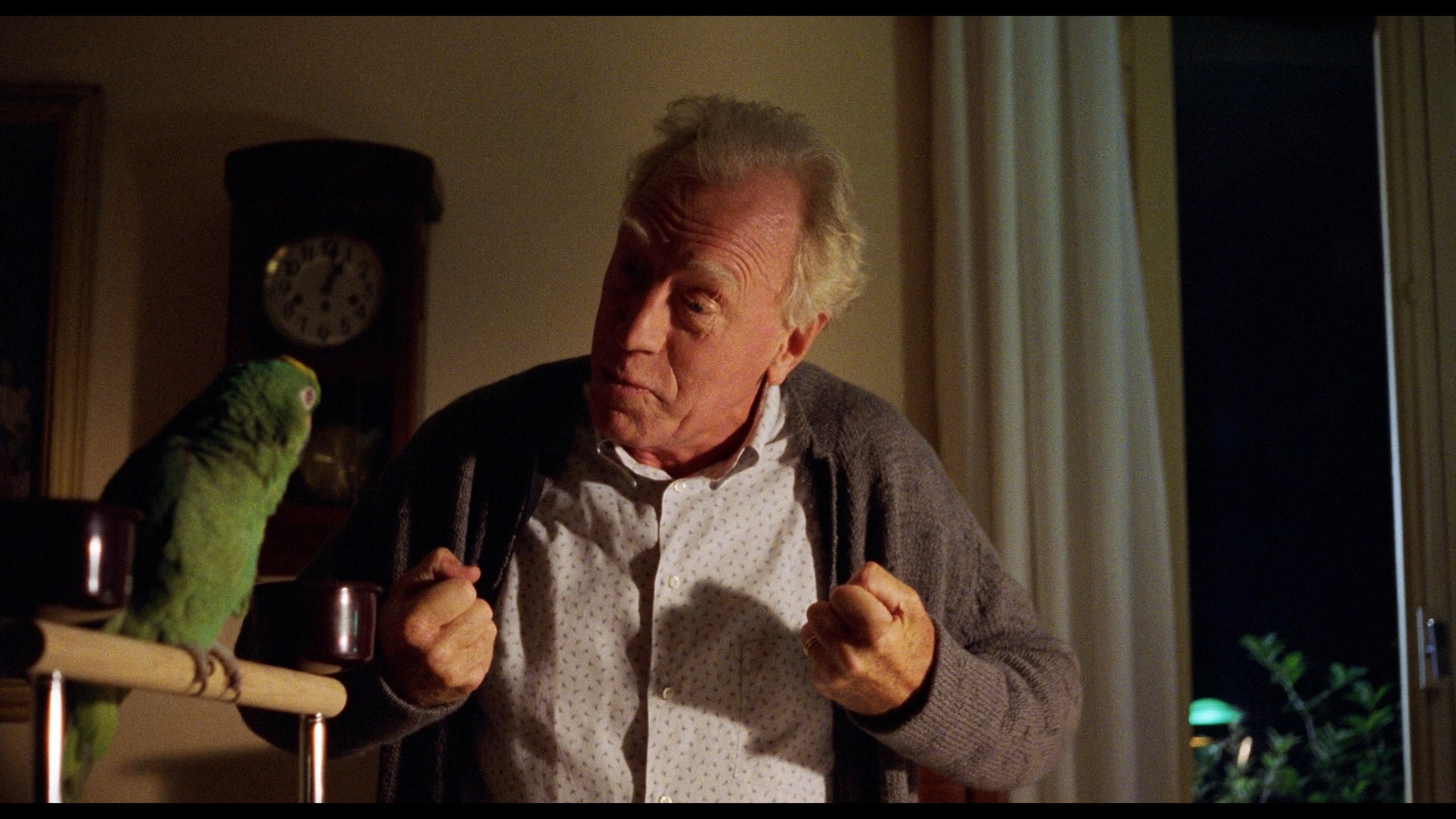 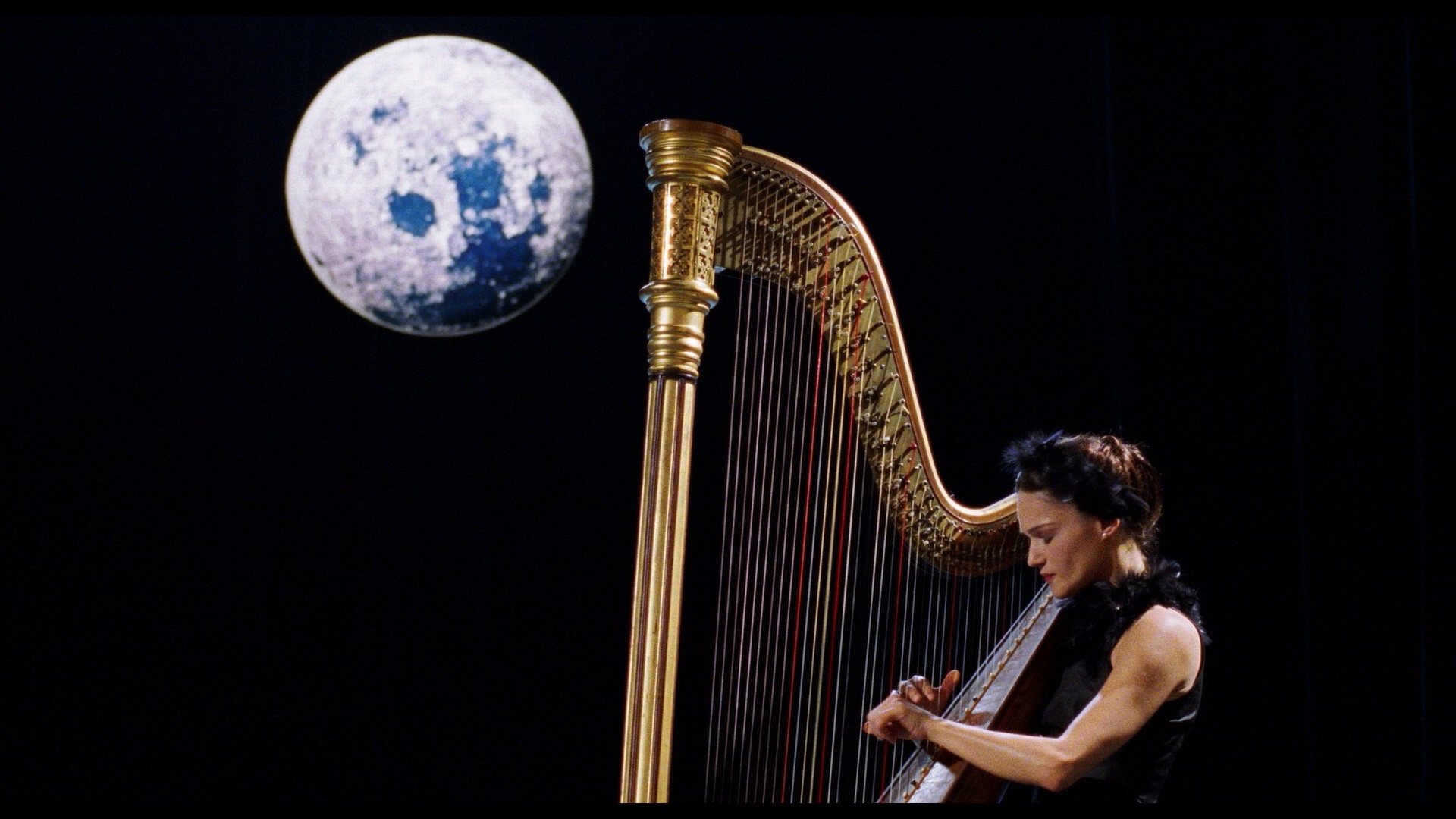 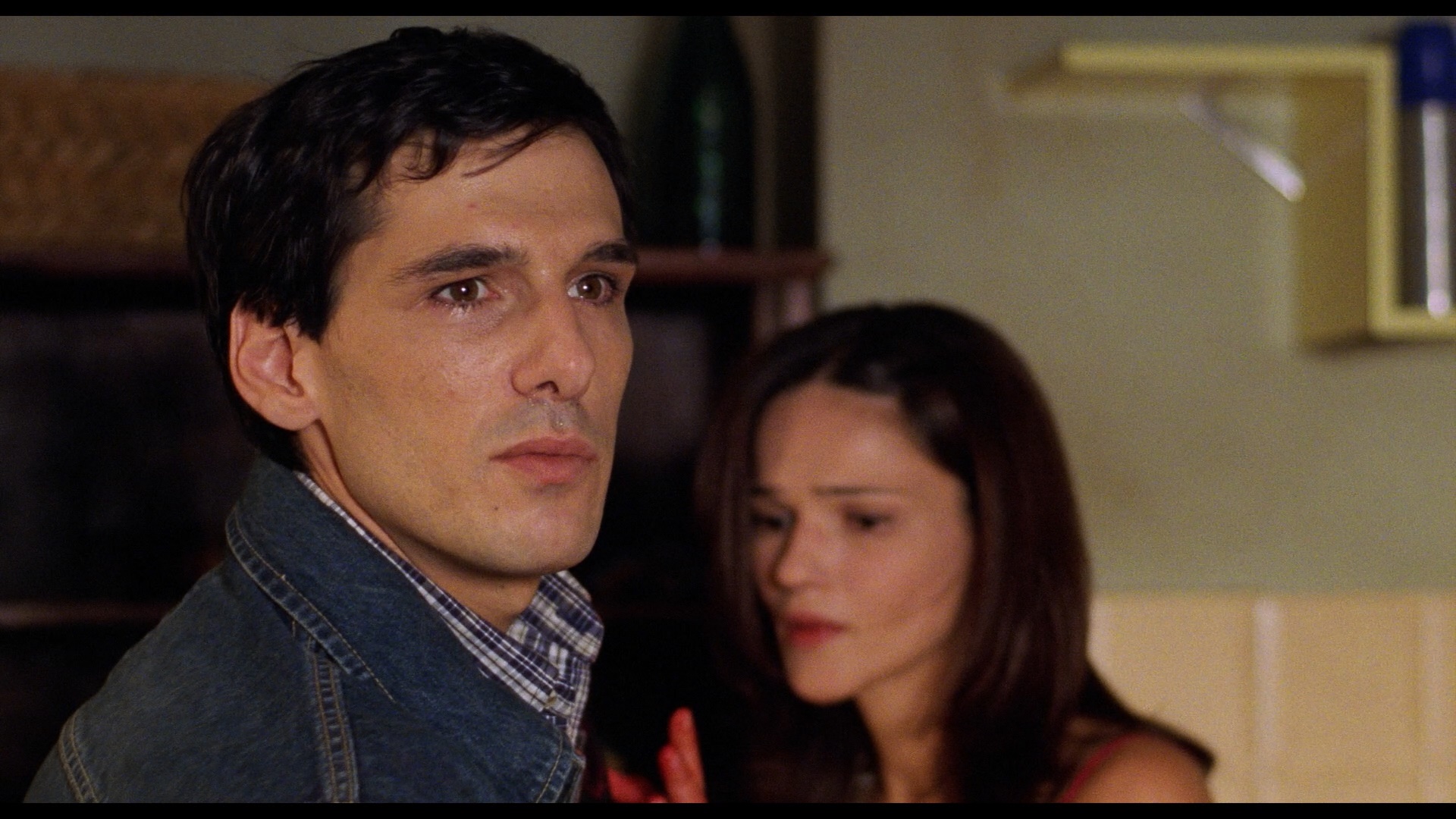 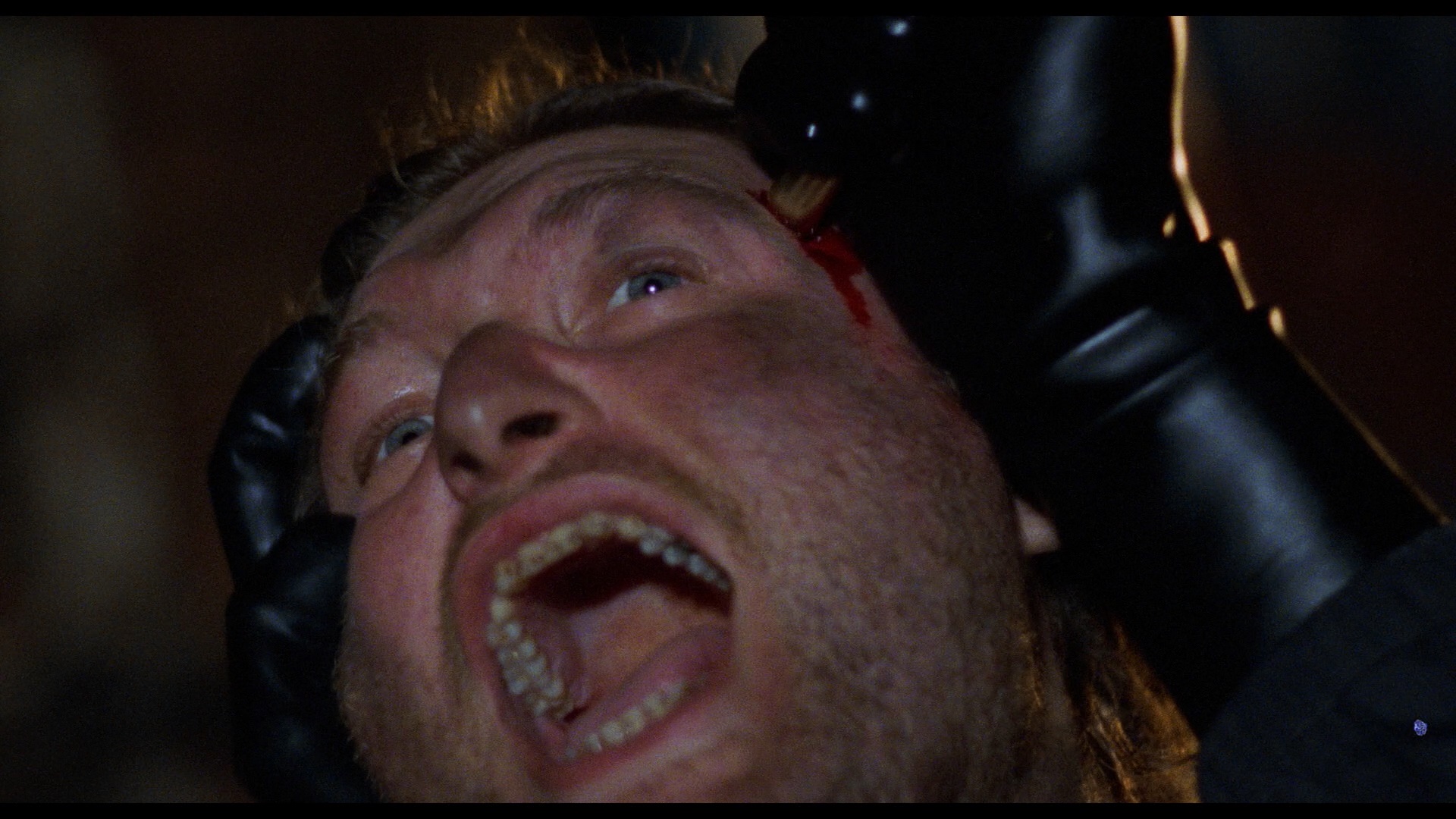 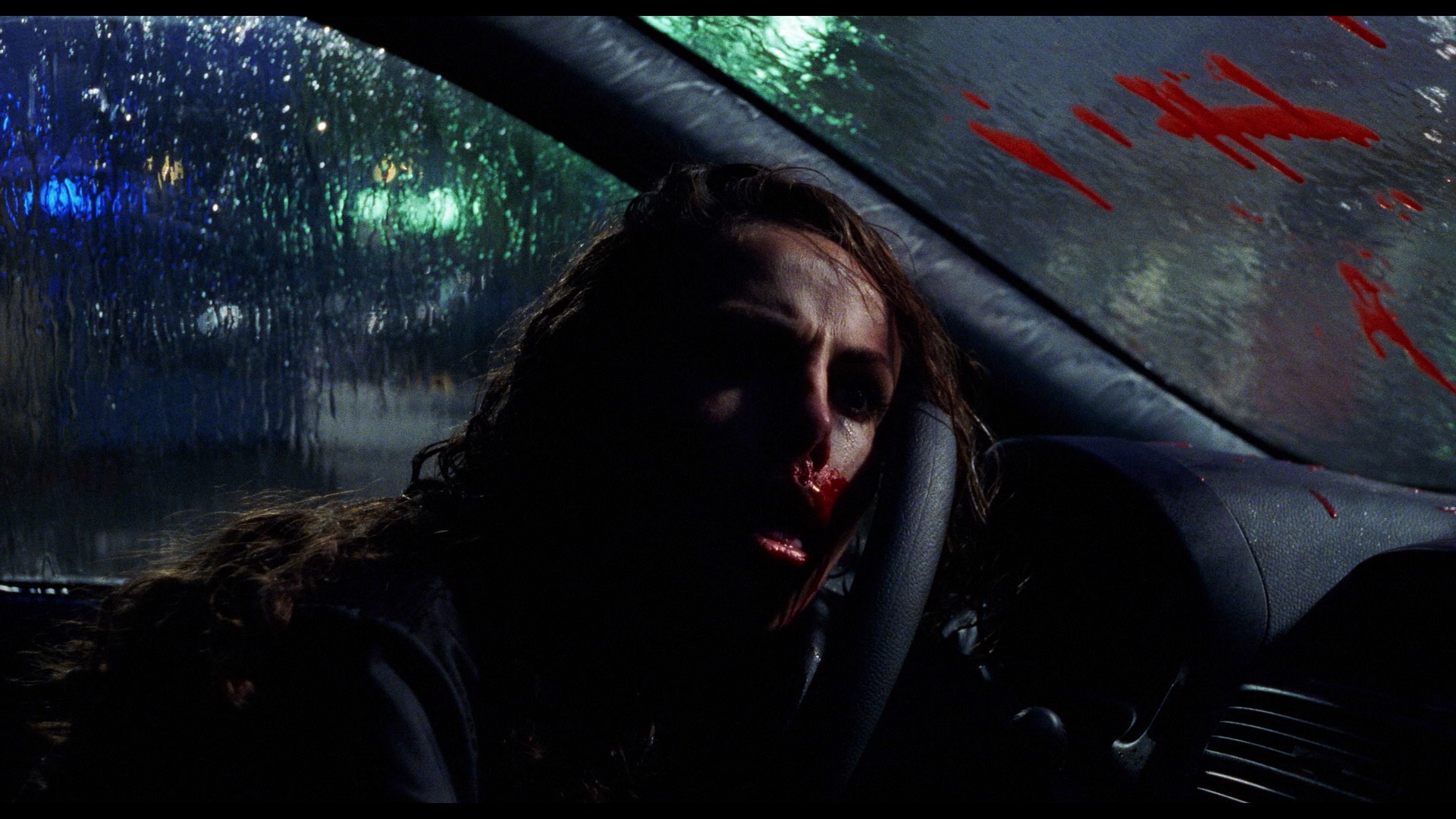 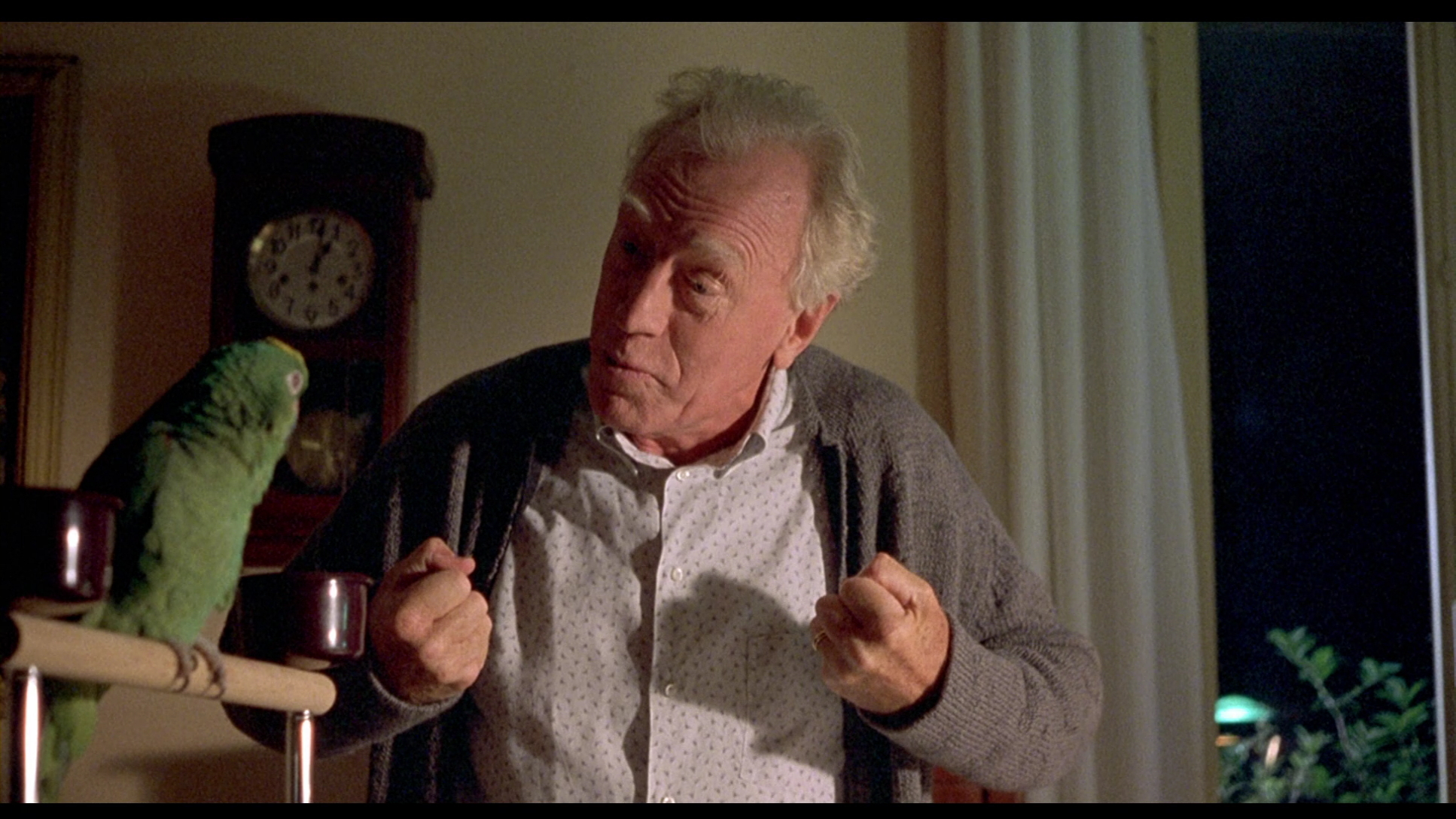 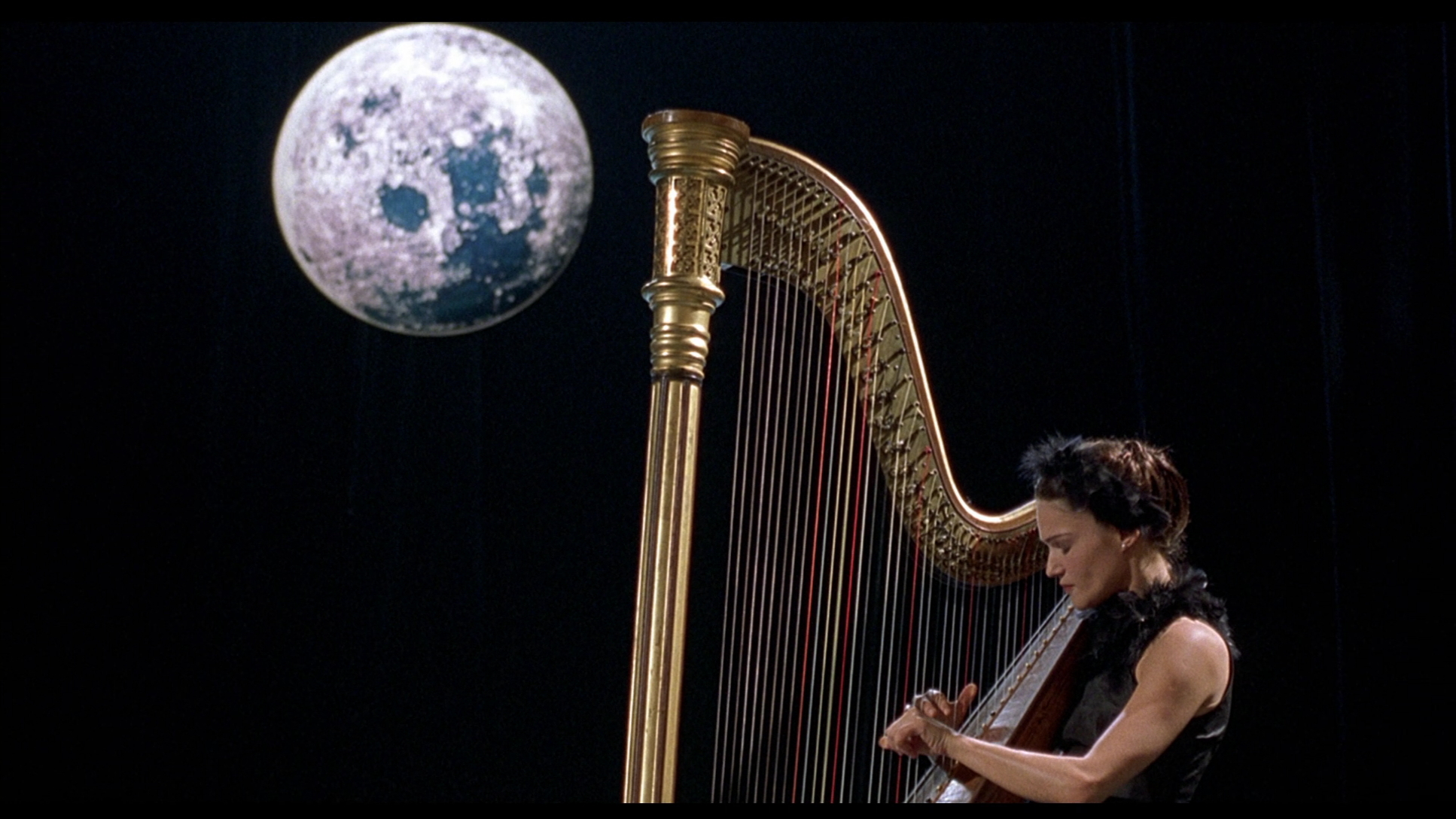 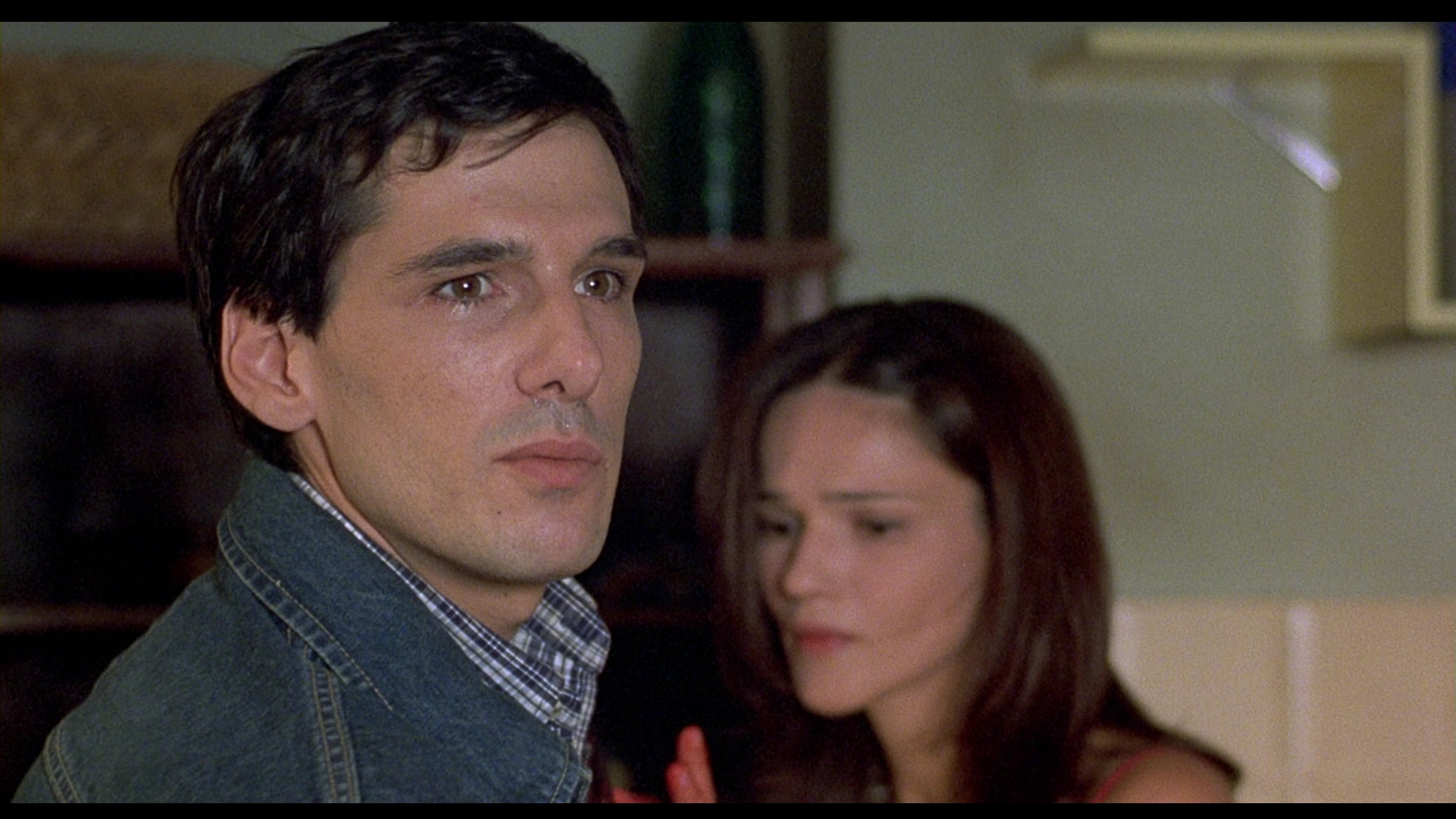 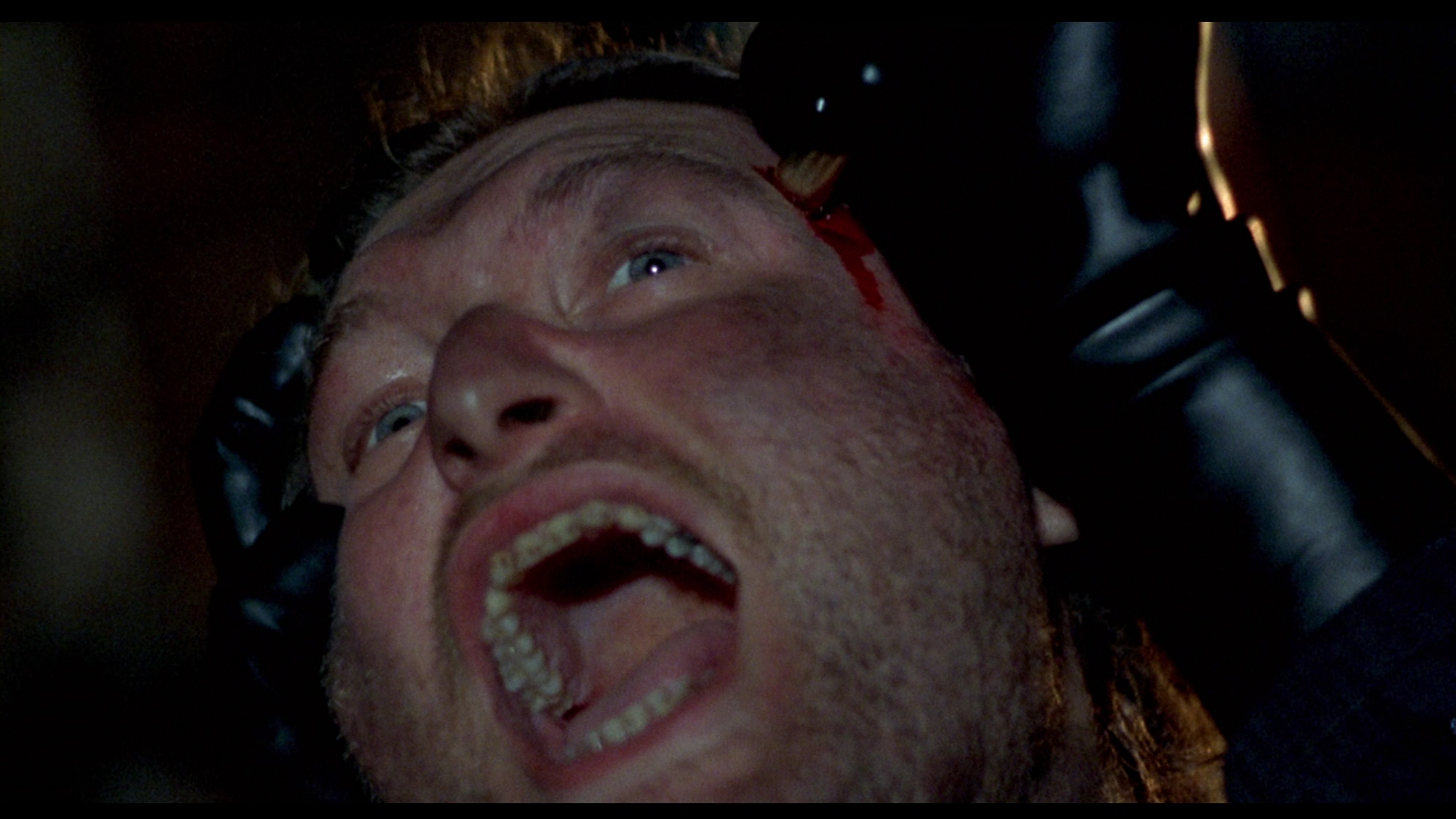 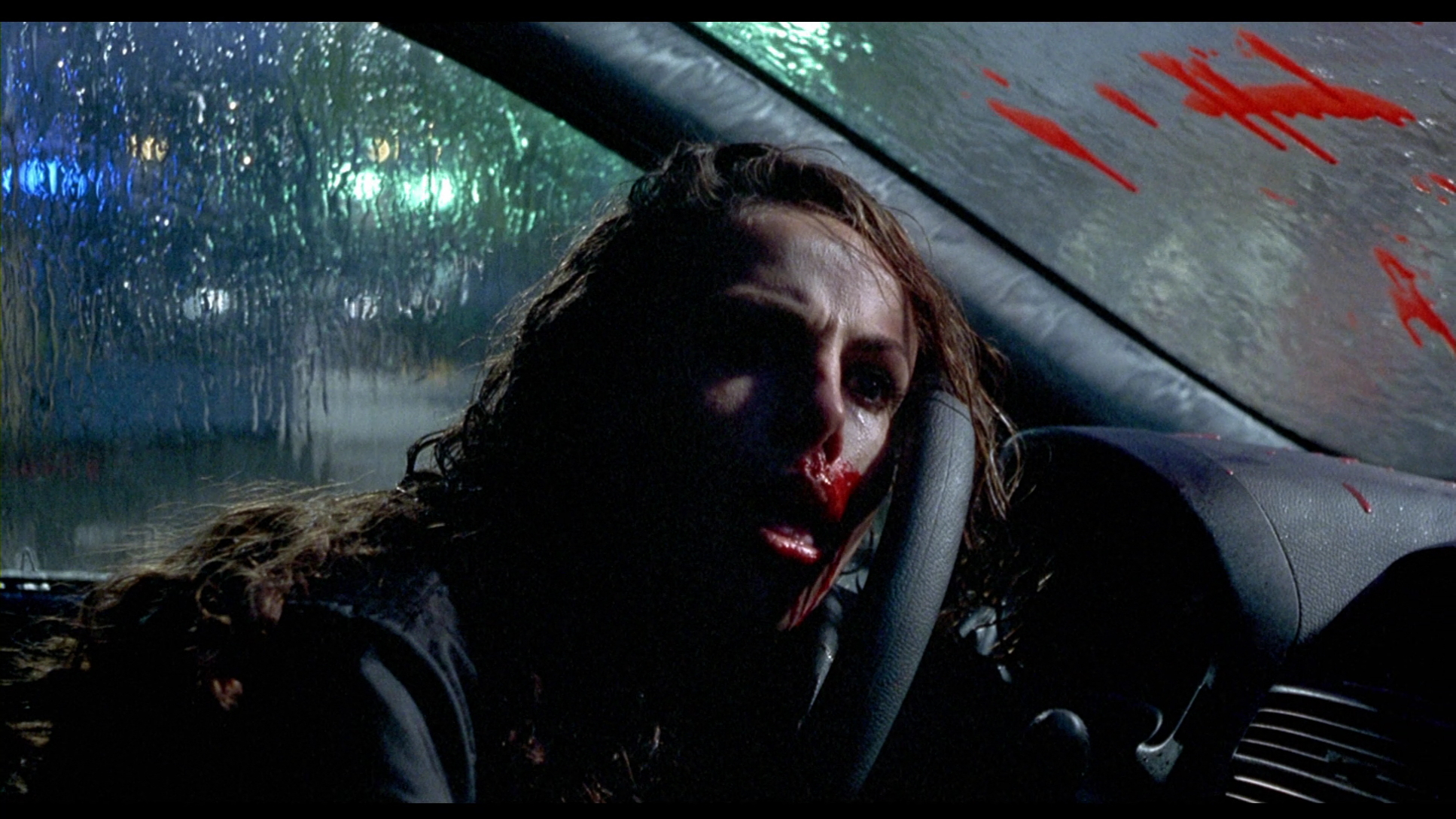