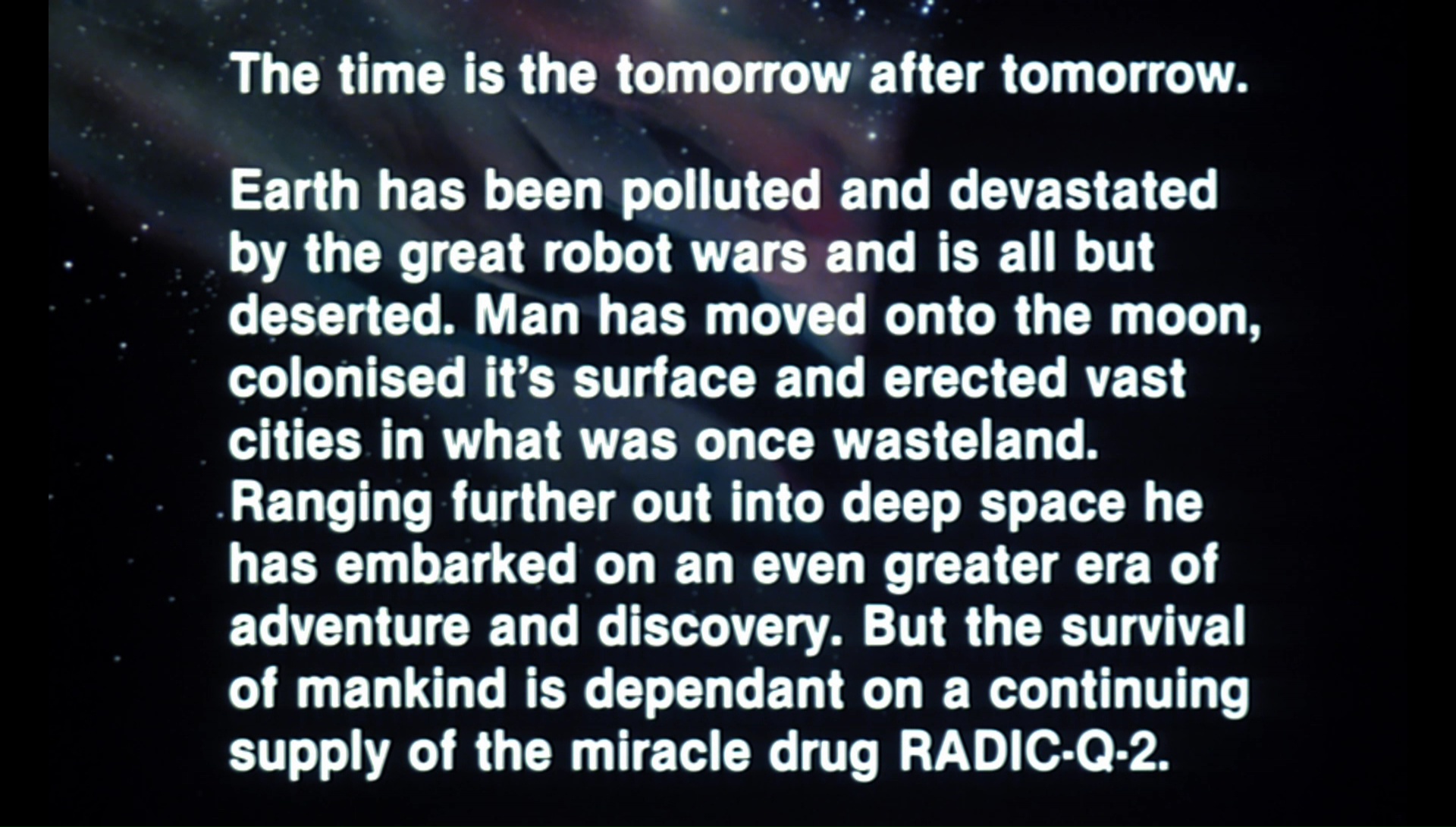 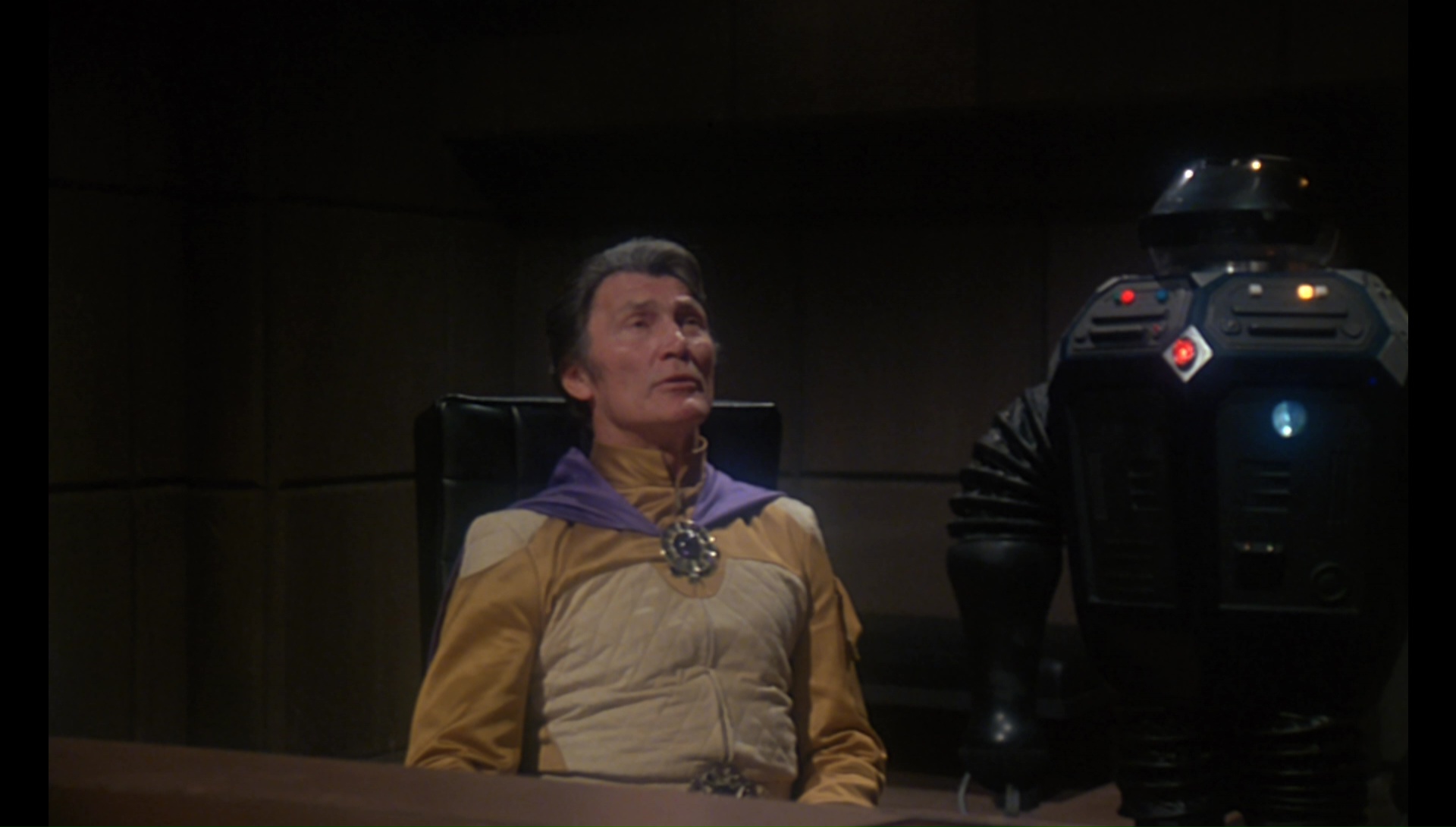 So loosely inspired by the novel by H.G. Wells (earlier filmed as the far more respected Things to Come) that it really only lifts the title and a futuristic aspect, this cheapjack Canadian Star Wars imitation from the waning days of disco was heavily promoted in the likes of Famous Monsters magazine but crashed and burned when it opened in theaters among a host of competitors. Of course, it's hard to truly dislike a tacky sci-fi film with Jack Palance as a space tyrant named Omus, which has to count for something.

In the distant future ("the tomorrow after tomorrow"), man's ability to colonize the moon after wrecking the Earth has drawn the ire of Omus and his robot army, who lay siege to the domed New Washington. Now it's up to Dr. Caball (Space: 1999's Morse) to spearhead an effort to take out the galactic threat, aided by his son (Campbell) and a plucky robot.

An unholy collision between Harry Allan Towers (best known for his all-star Agatha Christie and Poe films along with an amazing stretch of Jess Franco efforts) and ill-fated Georgia exploitation distributor Film Ventures International, this is a good demonstration of why we don't have a long, rich legacy of Canadian outer space sci-fi films. (Yeah, that goes for the 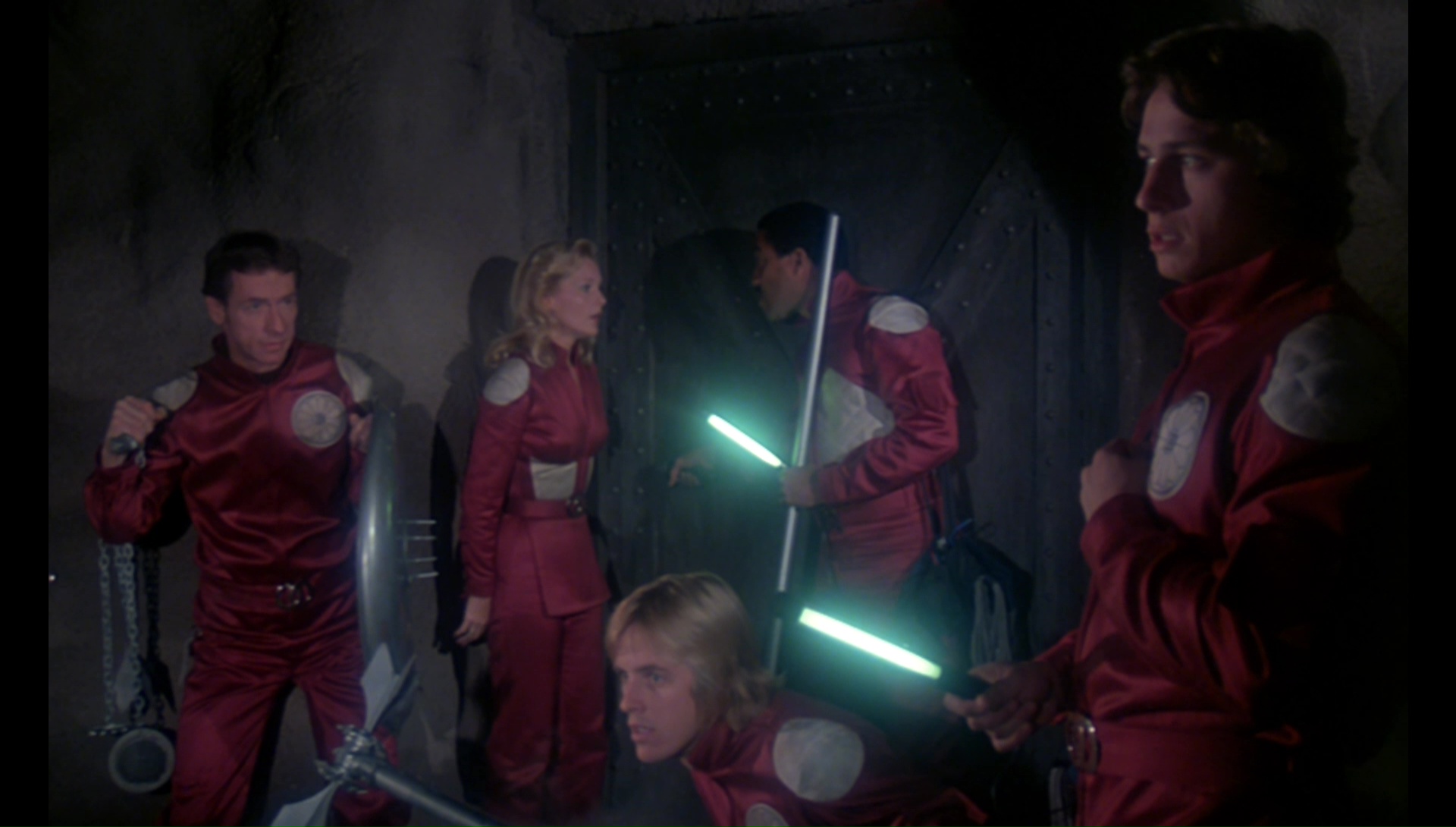 Christopher Lee opus Starship Invasions, too.) It's quite amusing though when the highest tension comes from our main damsel in distress (Martin) getting abducted by bleach-blond alien kids wearing bushes, and Palance manages to gnash up the scenery with his villainous purple space cape. Director George McCowan doesn't show 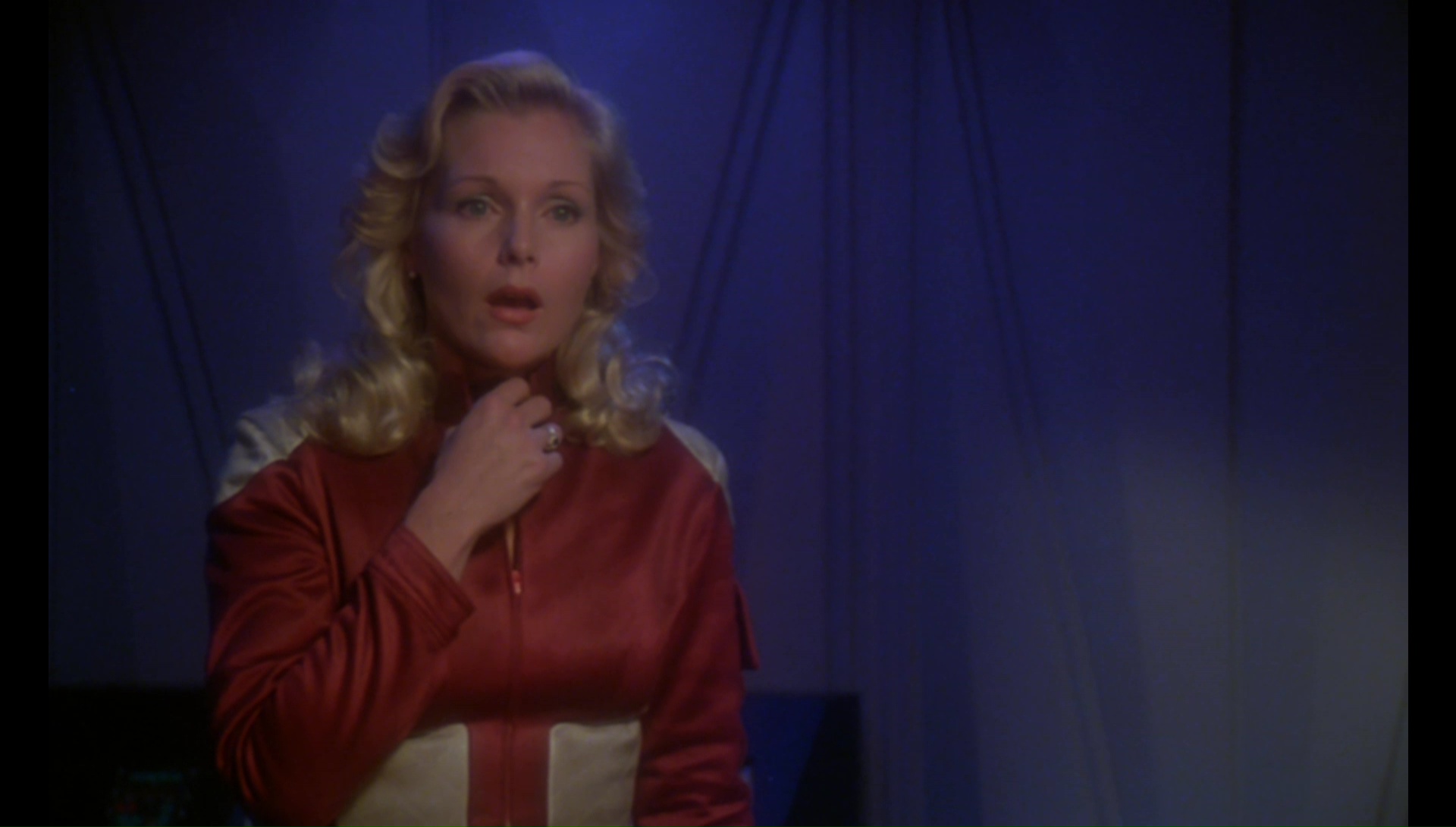 much flair beyond pointing the camera at the threadbare sets and exotic Ontario foliage, but there are chuckles to be found in Carol Lynley popping up as the governor trying to raise a resistance to Palance.

Denied a home video release for many years, The Shape of Things to Come first bowed on DVD in March of 2004 as one of the earlier releases from Blue Underground. (Read more about that release here in our original review.) The 2016 Blu-ray edition manages to upgrade the level of detail and the natural texture of the film grain, at least as much as the often dark, soft focus photography will allow; it's hard to imagine this looking any better than what amounts to a pristine presentation of a misguided visual scheme. The DTS-HD MA 5.1 audio (with optional subtitles in English, Spanish, and French) is an amusing experience with the space-disco soundtrack benefiting from the rear channel treatment, while the original mono mix is included as well.

The French trailer, TV spot, and stills gallery are ported over from the standard def release, while new goodies include a pressbook gallery and two featurettes. In the 13-minute "Jason’s Journey," Campbell (who went on to appear in The Dead Zone and the 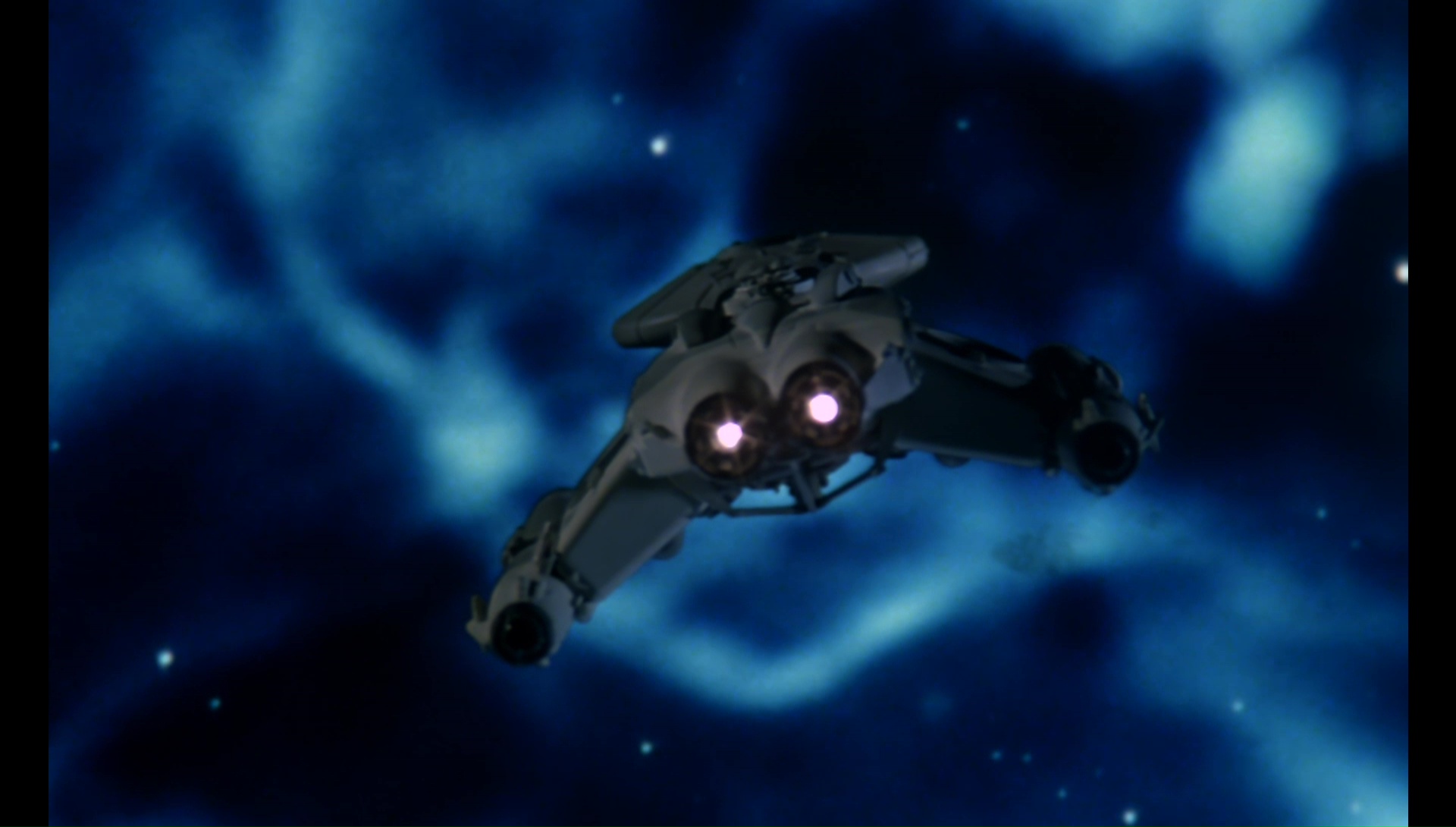 long-running Canadian TV series Da Vinci's Inquest) starts off by saying "it was just the worst" about the caliber of the production before going through his early career in England on films like A Bridge Too Far before jumping into tax shelter productions based out of Toronto. He also mentions the early aborted casting of short-lived tabloid staple Koo Stark and his affection for the "kinda sleazy" Towers. His anecdotes 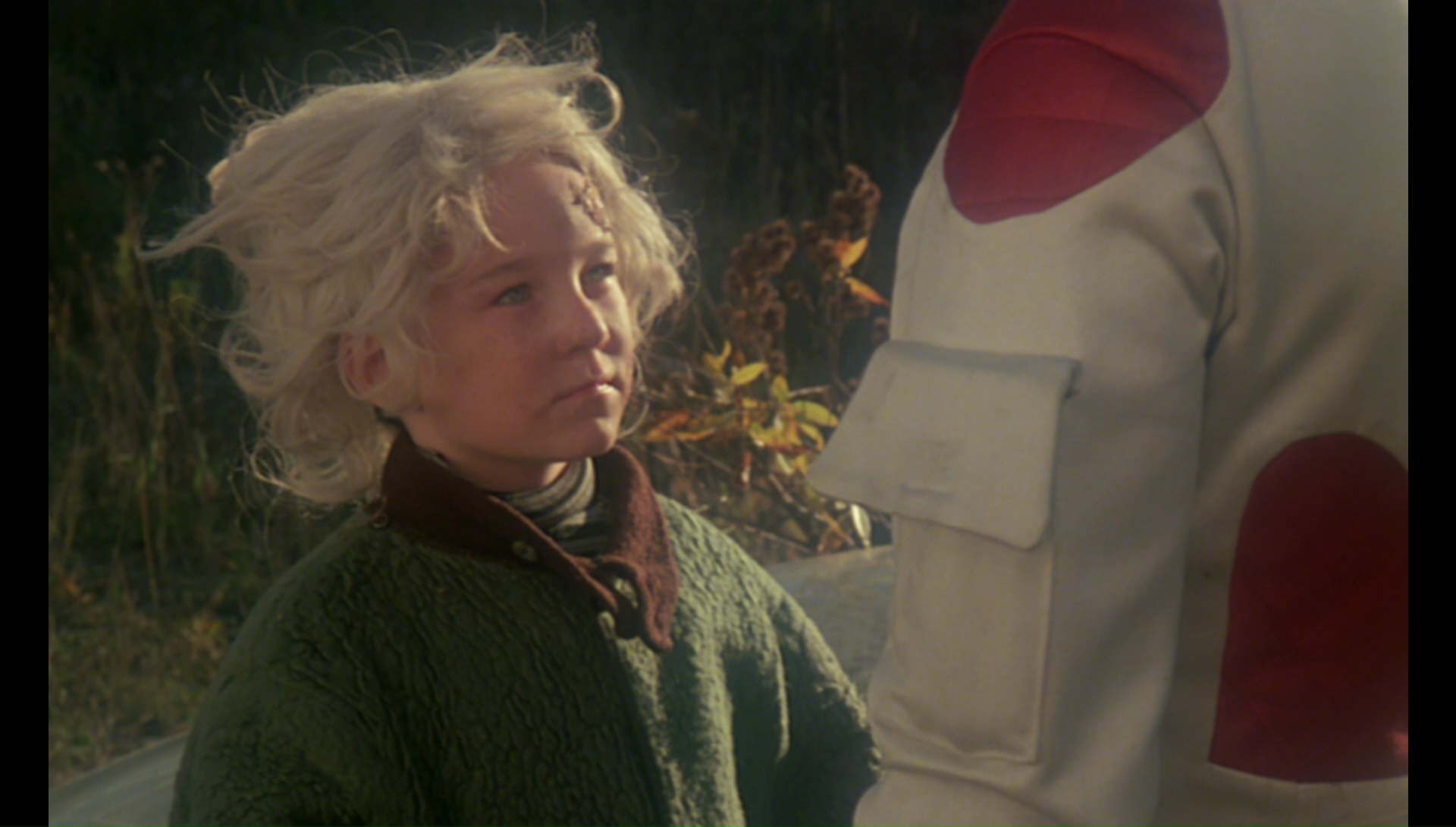 about McCowan, Palance, and Lynley are pretty priceless, too, including a great bit about scoring weed for one of them. Amusingly, he also mentions never seeing the finished film or having any kind of a premiere. ("It probably did great in Korea!") The 17-minute "Symphonies In Space" offers a chat with composer Paul Hoffert, who talks about having fun on his only sci-fi project, his early start in music, using a "cheesy" Synsonic drum machine on the soundtrack, the leitmotif method John Williams had brought to Star Wars that everyone was copying at the time, and reporting to Harry Allan Towers instead of the director before the first recording session.