It's the "tomorrow after tomorrow" and the "great robot wars" have left Earth coated with radioactive fallout. Mankind has been forced to colonize the Moon but unfortunately all is not well in outer space, either. It seems the maniacal Omus (a typically off-his-rocker Jack Palance) has sent an intergalactic kamikaze automaton 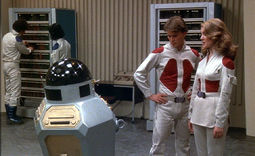 to wreck some moon-domes in a bid to become emperor. The only fellow that can stop further destruction is Dr. Caball, who heroically dashes aboard his untested super-ship Star-Streak and sets out for Omus' pad on planet Delta Three. Joined by a wacky band of space misfits including his son, the senator's daughter and a comic-relief robot named Sparks (think Robbie the Robot, only less convincing), the future of civilization is now in their hands. But will they be able to stop Crazy Jack and his mechanized pals before it's too late?

Riding the coattails of Star Wars' success, executive producer Harry Alan Towers (responsible for many of Jess Franco's more popular works) and helmer George McCowan (a television director known primarily to Stateside filmbuffs for the nature-goes-nuts spectacle Frogs) really disappoint with The Shape of Things to Come. This is matinee kiddie fare at its cheap, unimaginative worst. What can you say about a space opera whose only alien landscapes are the wilds of Ontario and sole extraterrestrial life-forms are simply human children? The casting of several familiar faces (including Carol Lynley, Barry Morse and John Ireland) is nice, and a few violent touches near the end (including one dude unexpectedly gettin' brained with a boulder) briefly buoy ones hopes, but neither redeems this slow-paced bore. 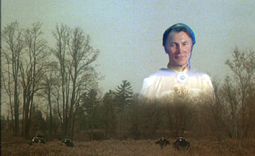 Fans of old-school sci-fi schlock a la Battlestar Gallactica and Buck Rogers may be mildly interested, but all others need not apply.

Sharing its name (but little else) with the 1933 H. G. Wells story (previously brought to the screen by William Cameron Menzies as Things to Come (1936)), McCowan's Canadian-filmed attempt was shot in the Fall of 1978 for a little over U.S. $2 million. (Where'd the money go?) Receiving decent worldwide distribution in 1979, seasoned exploitation handlers Film Ventures International took care of the chore domestically. Afterwards, the film seemingly disappeared, never gaining a stateside VHS release. (Rumors abound it was issued North of the border on Astral Video, and given the title's Canadian heritage it certainly makes sense - but I've never seen it.) For better or worse, Blue Underground's DVD marks The Shape of Things to Come's U.S. home video debut. Their 1.66:1 transfer is acceptable if unspectacular (not that the original photography was ever particularly breathtaking), with small blemishes and dirt 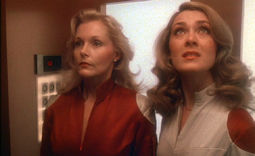 occasionally appearing throughout. The special effects / miniatures sequences appear very detailed and crisp while the remainder of the footage is shot with the annoying soft-focus look that was so prevalent during the period. Why did any cinematographer ever think this was a good idea? Colors still look dead on, but brights regularly flare out and edges are dulled. The mono soundtrack is problem-free with all dialogue and music remaining clear and distinguishable. (The damn disco theme that's played every ten minutes will be stuck in your head all night. Trust me.)

Bonus materials are limited, but not much else could be expected. We are treated to the French theatrical trailer (complete with removable English subtitles), the goofy U.S. TV spot and a 19-image stills collection featuring promotional photos and a few pieces of poster art. - Bruce Holecheck

Is my review not enough? Get some behind-the-scenes details in this interview with star Barry Morse!

Find out more about Herbert George at The H. G. Wells Society!