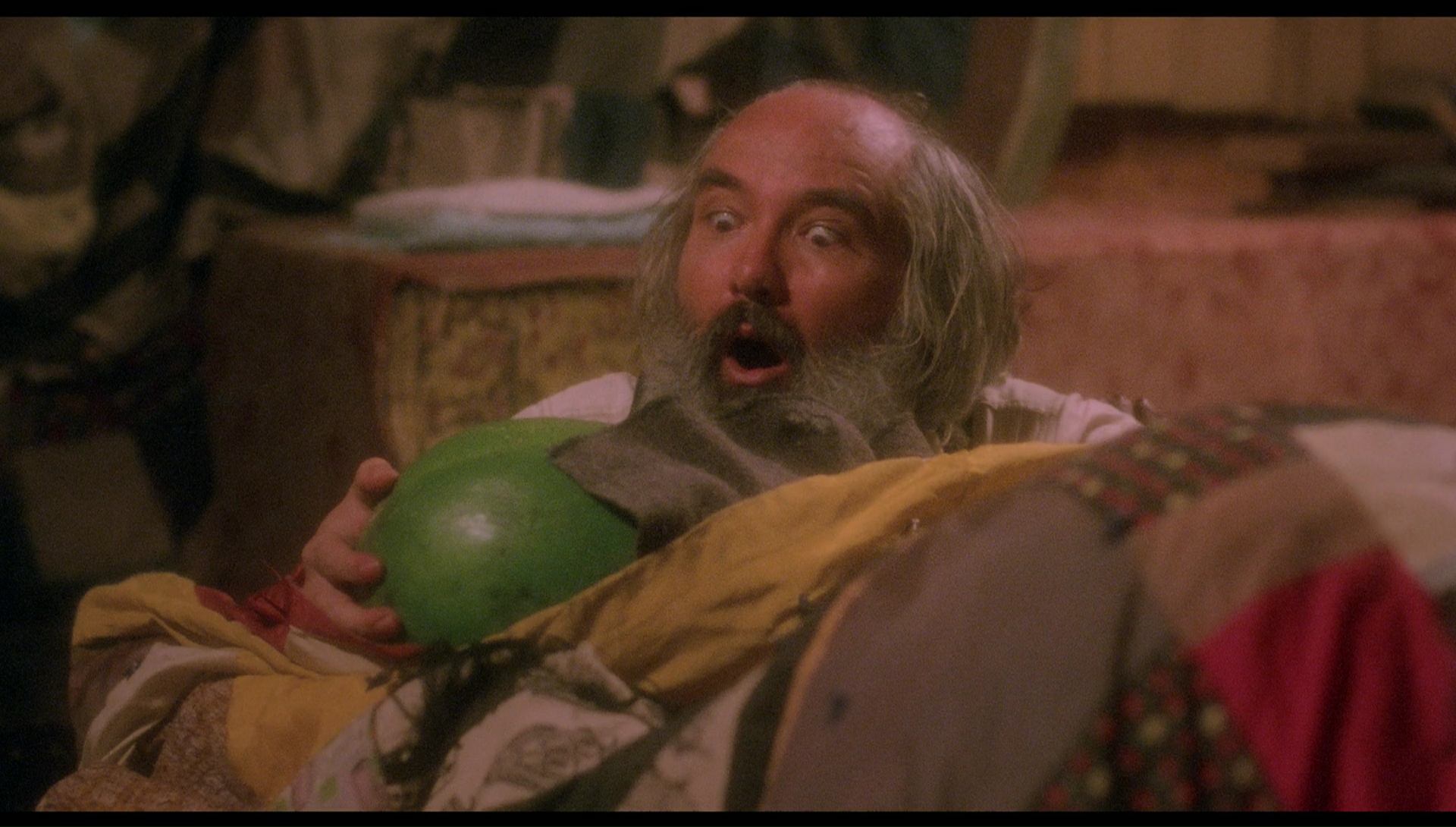 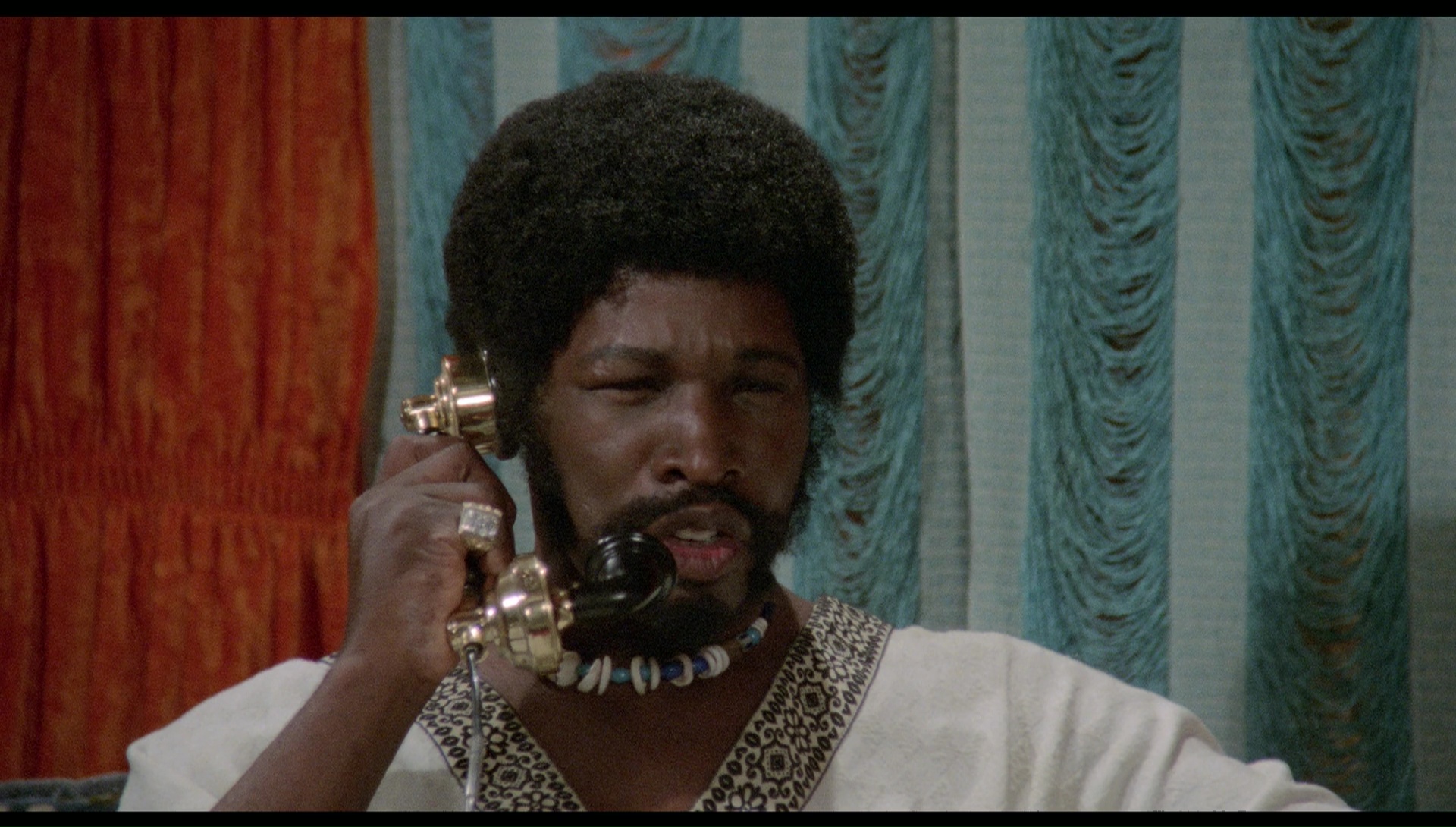 After the one-two nutso punch of Dolemite and The Human Tornado, actor-writer-comedian Rudy Ray Moore switched gears by downplaying action scenes and sleaze in favor of a wild, surreal comedy that feels like an American tall tale gone utterly berserk. The result is the strongest and most accomplished of his classic quartet of '70s films, finally pitting him against a couple of terrific villains and veering the plot in wildly unexpected directions every five minutes or so.

Born as a full grown boy out in the boonies (under circumstances so bizarre they can't be explained here), little Petey is tormented by his friends but learns martial arts from a kindly old man as a means of revenge. When he grows up, Petey becomes - what else? - a stand up comedian who uses his kung fu prowess to keep order in the neighborhood. Unfortunately, his plans to open a new club conflicts with the money-grubbing interests of wicked rival comedians Leroy and Skillet (a real comedy team from the '70s), who rub out Petey and virtually all of his friends and family during a funeral. In Hell, Petey is greeted by Lucifer (Shaw), and the two strike a deal: Petey can return to life and use the powers of evil to seek revenge, in exchange for which he will marry the Devil's butt-ugly daughter. Thanks to the Devil's magical cane, Petey walks around turning no good husbands into little dogs, making fat women thin, and so on, while he comes up with a plan to get out of his unholy marriage plans. The scheme he comes up with will leave viewers speechless. 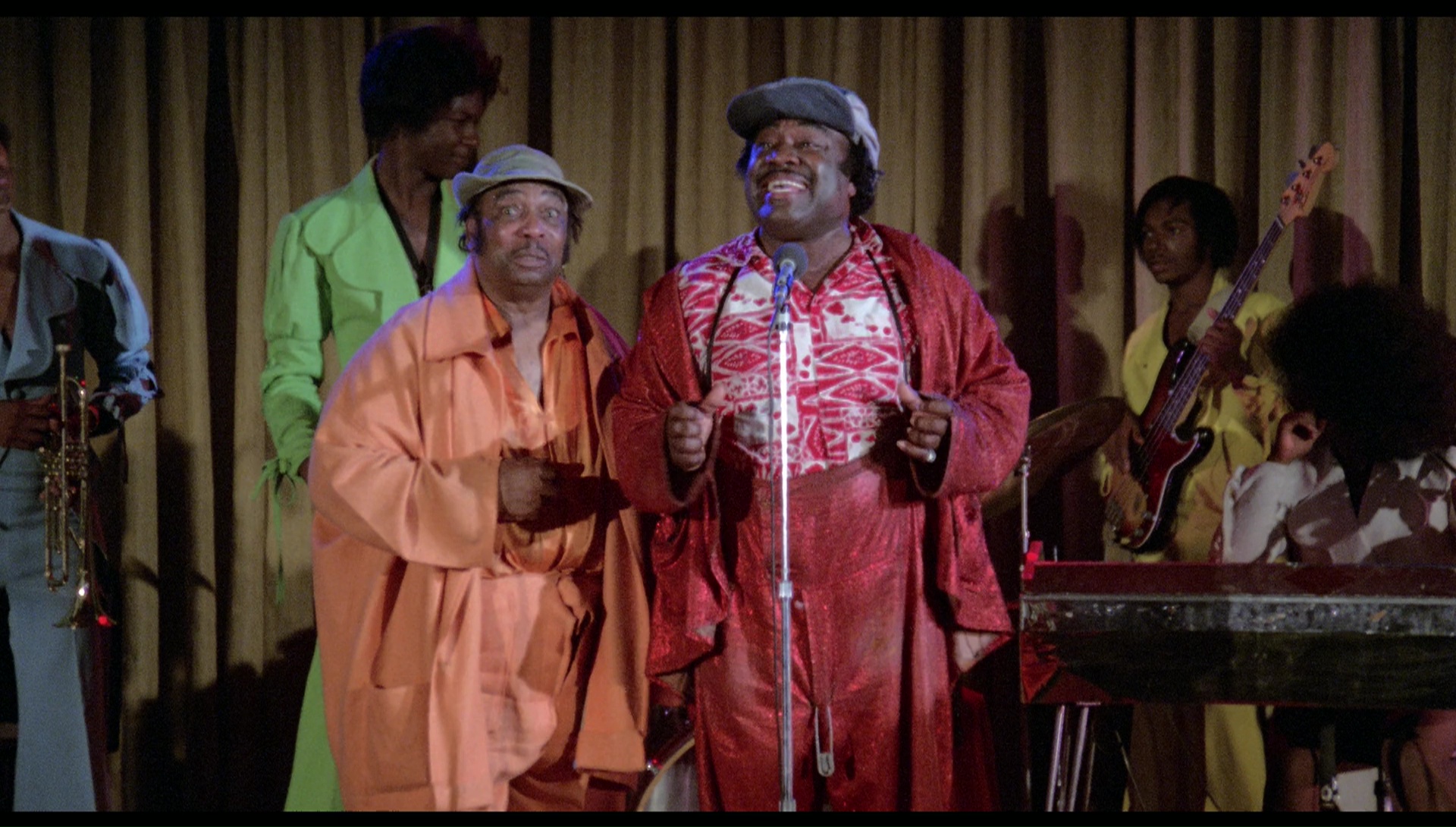 Though you get the usual low budget issues and awkward fight scenes here as the prior two Moore films, the approach somehow fits the story perfectly with the dime store demons and stylized lighting creating a weird cinematic experience unlike any 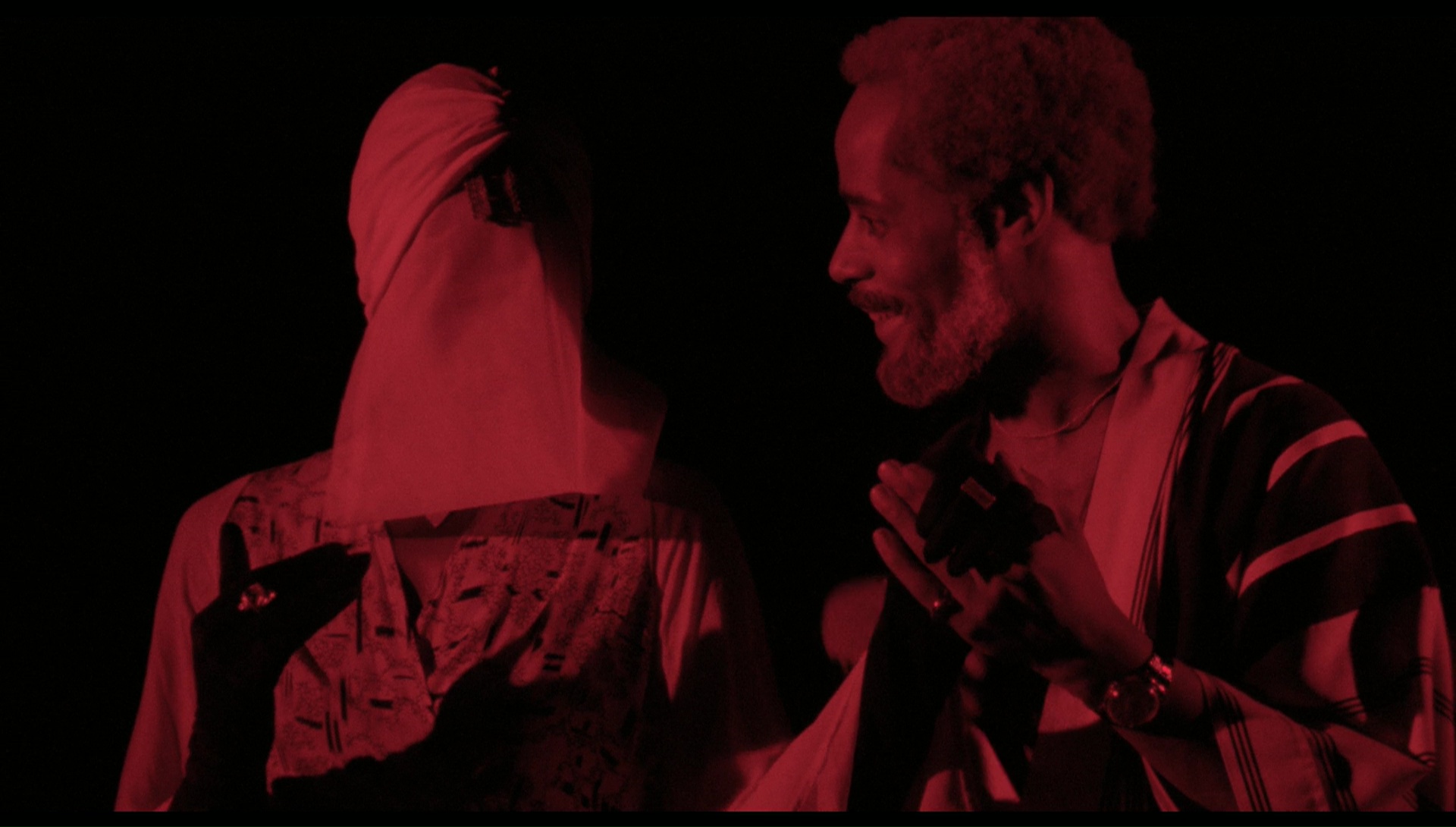 other. It's still a comedy at the core, but there's some truly nasty violence including that aforemetioned massacre scene and the front lawn murder of a young boy. It's always a joy to see Moore's foul-mouthed stage routine, of course, but he also does a fine job of creating a character you can root for with his strongest storyline carrying everything through to the amusingly warped final shot. Leroy and Skillet are great from start to finish, but Shaw also has a lot of fun as a cheerful devil seen at one point bouncing around in a red tracksuit. Not to be overlooked is the fantastic soundtrack, featuring a high energy theme song by Nat Dove and other catchy numbers like "Ghetto St. U.S.A."

Xenon managed to keept his film in circulation more or less nonstop since the '80s, with VHS and DVD editions taken from a pretty mediocre open matte transfer that was at least in better shape than the two earlier Moore titles. Moore himself provides a commentary track on their DVD, which would normally make this a great collector's item. Unfortunately, this is one of the dullest and most useless commentaries ever recorded. Moore explains that the film is one of his favorites, then 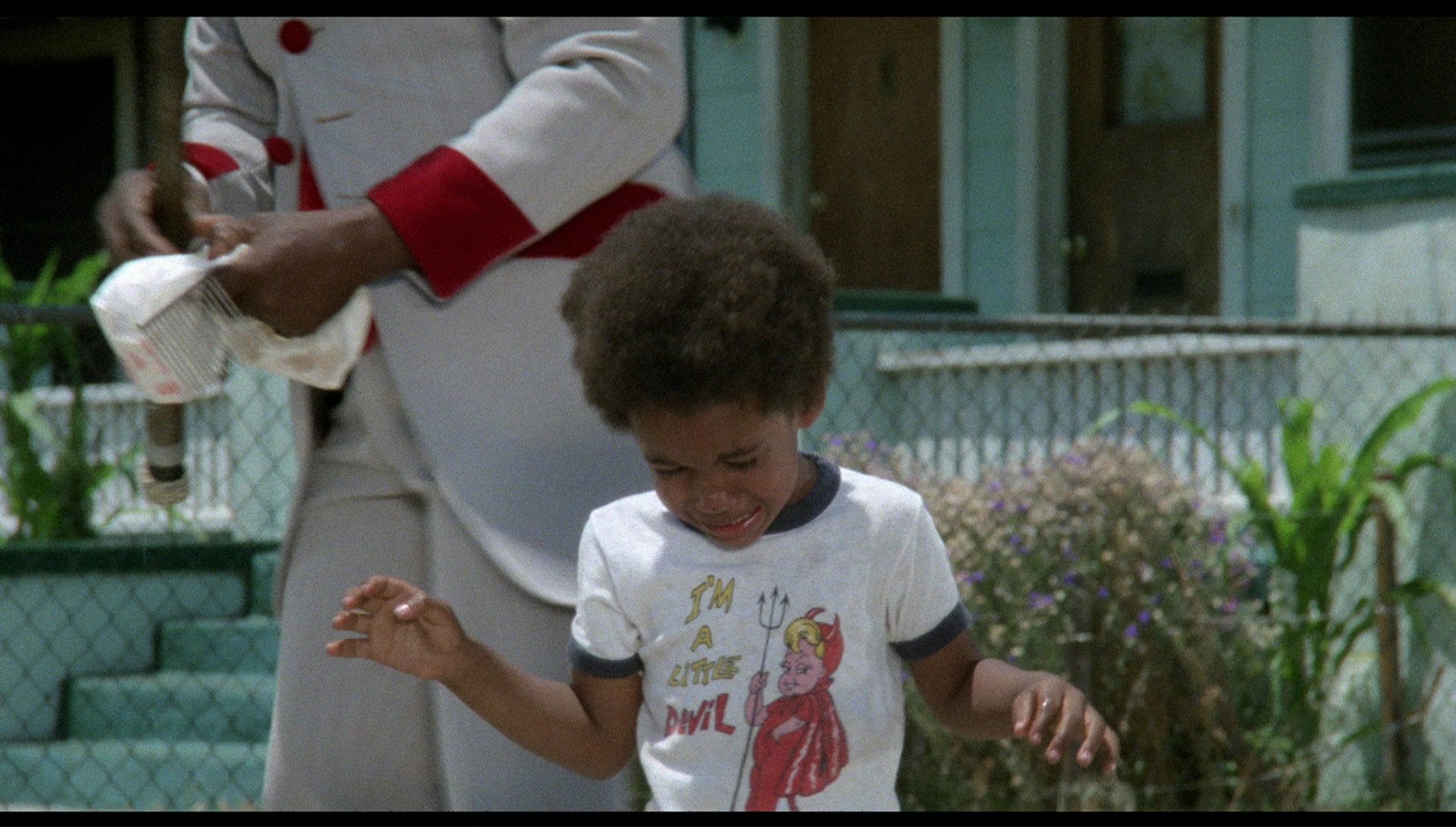 vanishes completely for 99% of the film. He occasionally pops in to offer a completely irrelevant comment or point out stock footage, only to vanish again into silence. A real disappointment. Extras include trailers for all of the Xenon Moore titles.

Not surprisingly, that original commentary is discarded completely for Vinegar Syndrome's much-needed 2016 revisit, which ranks up there with the fine work done on their other Moore titles. The transfer is accurately framed and in perfect shape, apart from 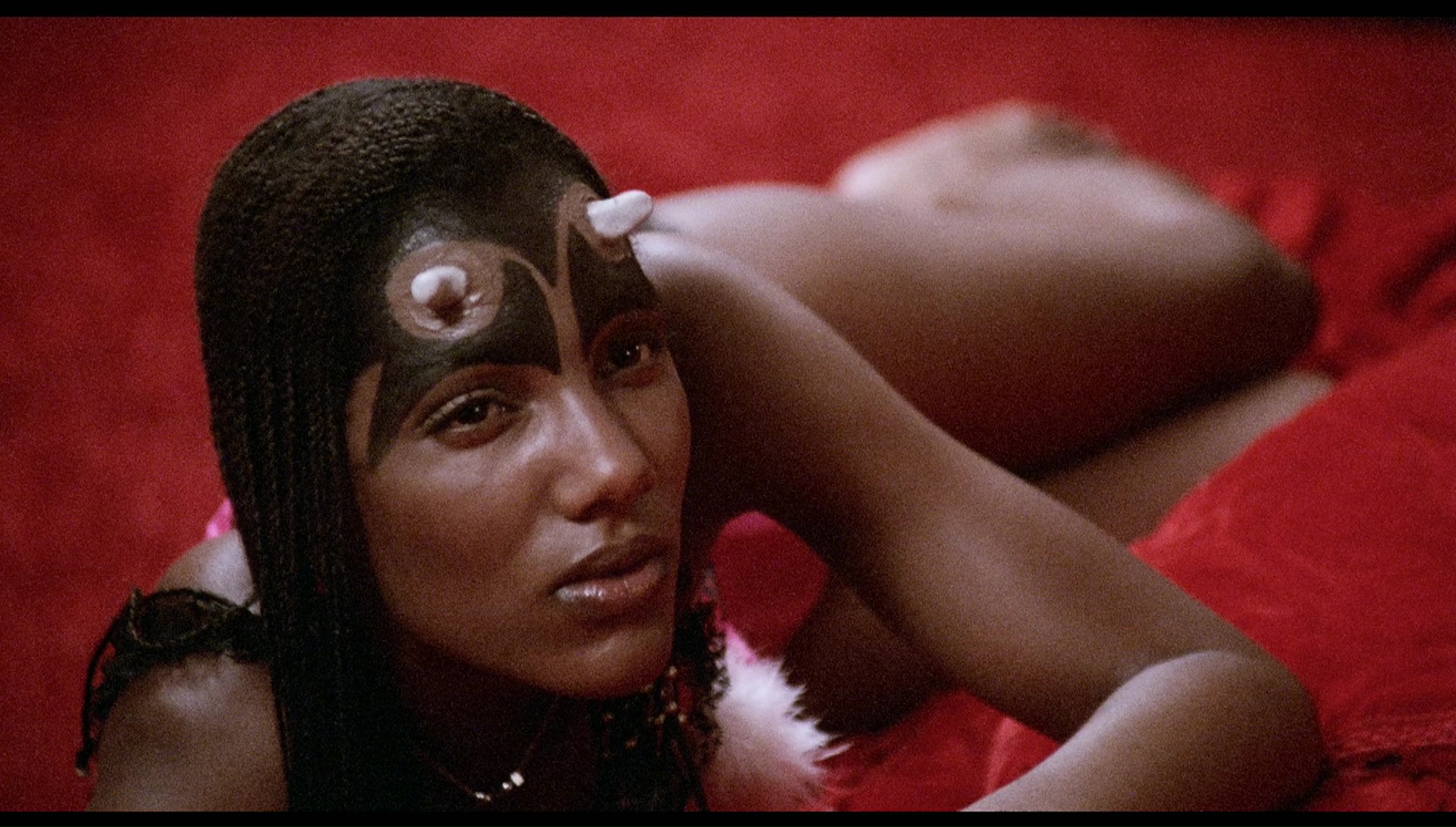 some anomalies baked into the negative like dirt in the opening titles and a couple of shots where one camera appeared to be shooting on damaged film. Some darker scenes obviously shot in insufficient lighting look rough and grainy, not surprisingly (especially the rooftop climax), but that's the nature of the source. The DTS-HD MA mono audio sounds immaculate, and the English SDH subtitles must have presented an unusual challenge to the poor transcribers. (You'll see the word "gibberish" a lot.) The region-free combo Blu-ray/DVD pack features identical extras on both discs, led by the third installment in the "I, Dolemite" documentary series about Moore's career. Running 18 minutes, it features interviews with the late Moore, biographer Mark Jason Murray, actor/set designer Jimmy Lynch, co-editor Jack Tucker, cinematographer Nicholas Von Sternberg, and writer-director Cliff Roquemore's two sons, and there's also a new commentary with Murray, Lynch, and a few inserted comments from Roquemore. Between the two you get a fun look at how the film came about (inspired by Moore's stage act derived from 1930s American blues singer Peetie Wheatstraw), the casting of baby Petey, a ghost lurking in one of the shooting locations, and other craziness from the set. An 8-minute “Shooting Locations Revisited” featurette has a barely audible Moore (in an awesome outfit) showing off where some of the film was shot, from an old apartment building to the P.O. Box that served as the production's official address. A gallery of press material, posters, and other material is also included along with a 34-minute presentation of the soundtrack and trailers for Dolemite, The Human Tornado, and The Disco Godfather.