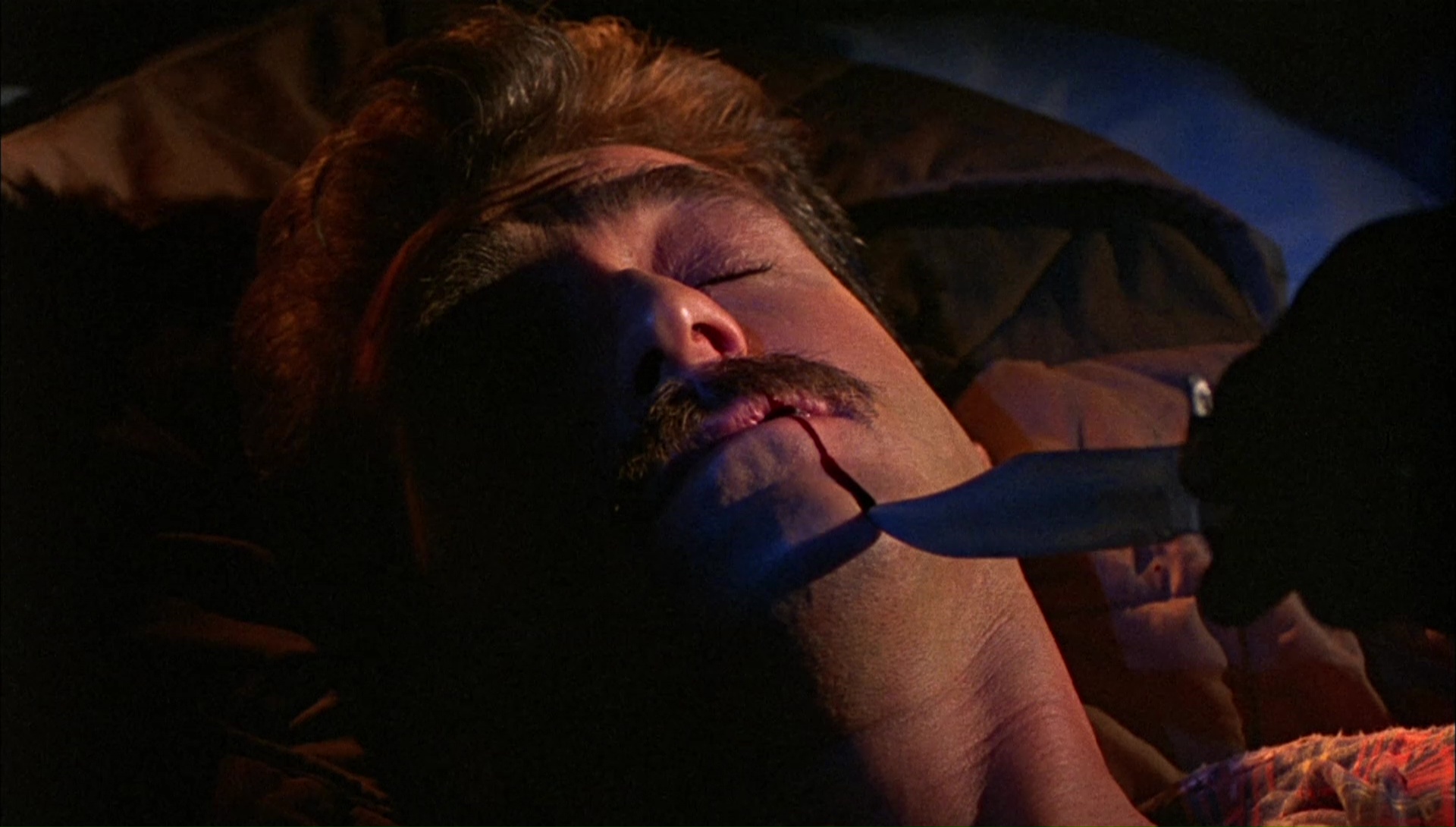 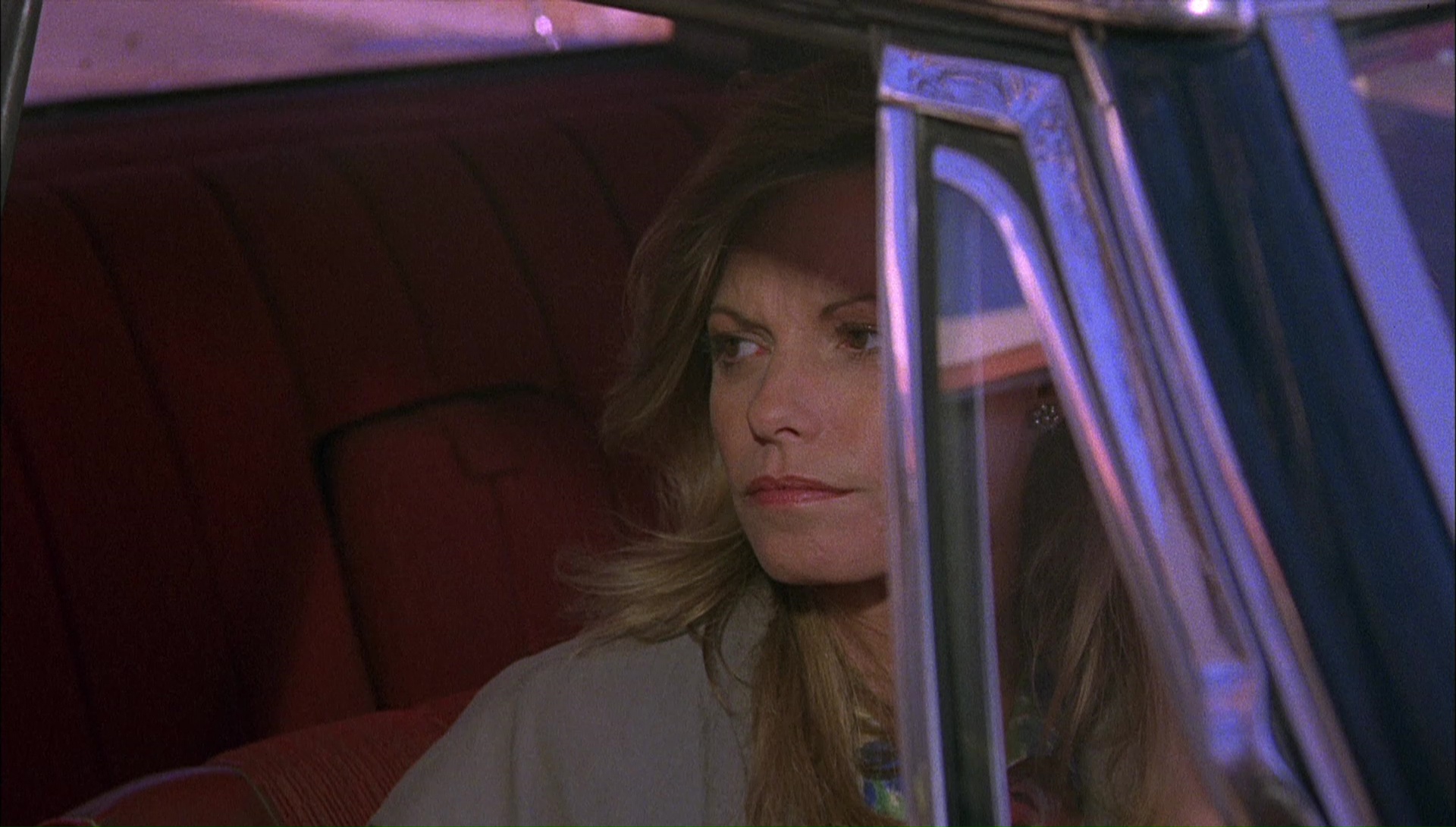 Here's one of those horror films that hit VHS and seemed to sit on the shelves of every single store in your neighborhood without anyone actually renting it. The latex monster face on the cover box sort of looks like that swamp witch in Ridley Scott's Legend, albeit with glowing red eyes... which is a bit of an exaggeration compared to what you get to see in the closing minutes of the movie itself. However, there's something to be said for a Miami cop shocker starring old pros Kay Lenz (Stripped to Kill) and Wayne Crawford (Sometimes Aunt Martha Does Dreadful Things), and even if it's no neglected classic, you have to give this one points for coming off like a low-budget crew on a peyote bender trying to make a cross between Exorcist II: The Heretic and Born of Fire by way of a serial killer framework.

The fun starts in a Nigerian village where the locals are performing an arcane ceremony involving tossing some small bones on the ground. Soon an evil force is swooping through the air and diving across the landscape with fire in its wake, a pretty promising opening that at least foreshadows the stylized, hazy atmosphere of the remainder of the film. From there we jump to Miami where cop Pete Giuliani (Crawford) is depressed by his wife's departure for the arms of another woman. Pete's partner, Katherine (Lenz), is a no-nonsense type helping him track down murderers, with their latest case involving a maniac lopping off the heads of Nigerian immigrants. An African supernatural expert, a baptism gone horribly wrong, and a chase through a train are just a few of the cheap thrills to be found as our heroes get too close for comfort to each other and the predator they're trying to stop. 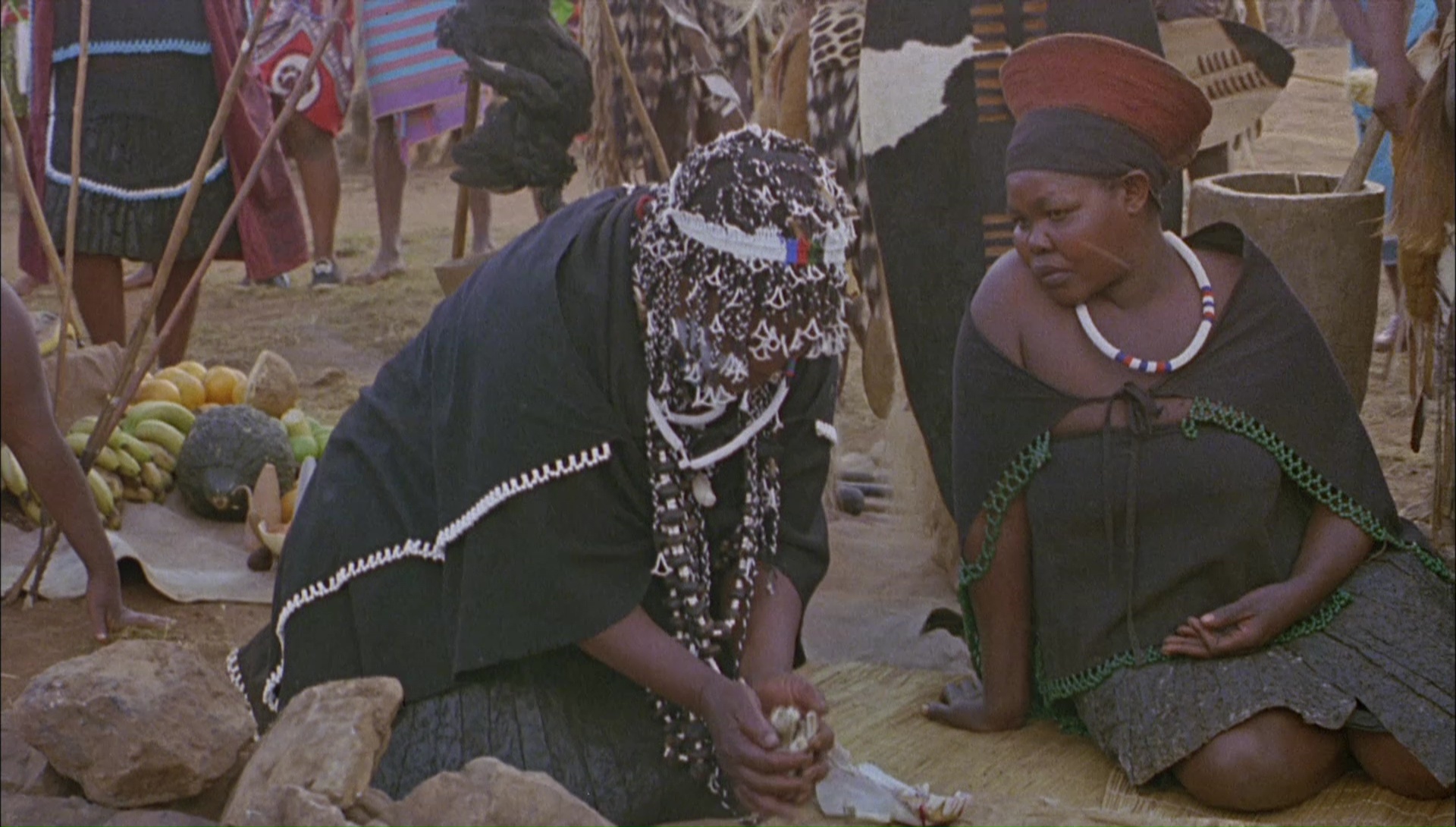 going in that this isn't the zippiest horror film ever made as it spends an inordinate amount of time on Pete's domestic strife with his switch-hitting ex (Chadwick), who at least marginally fits into the story in the third act. Fortunately 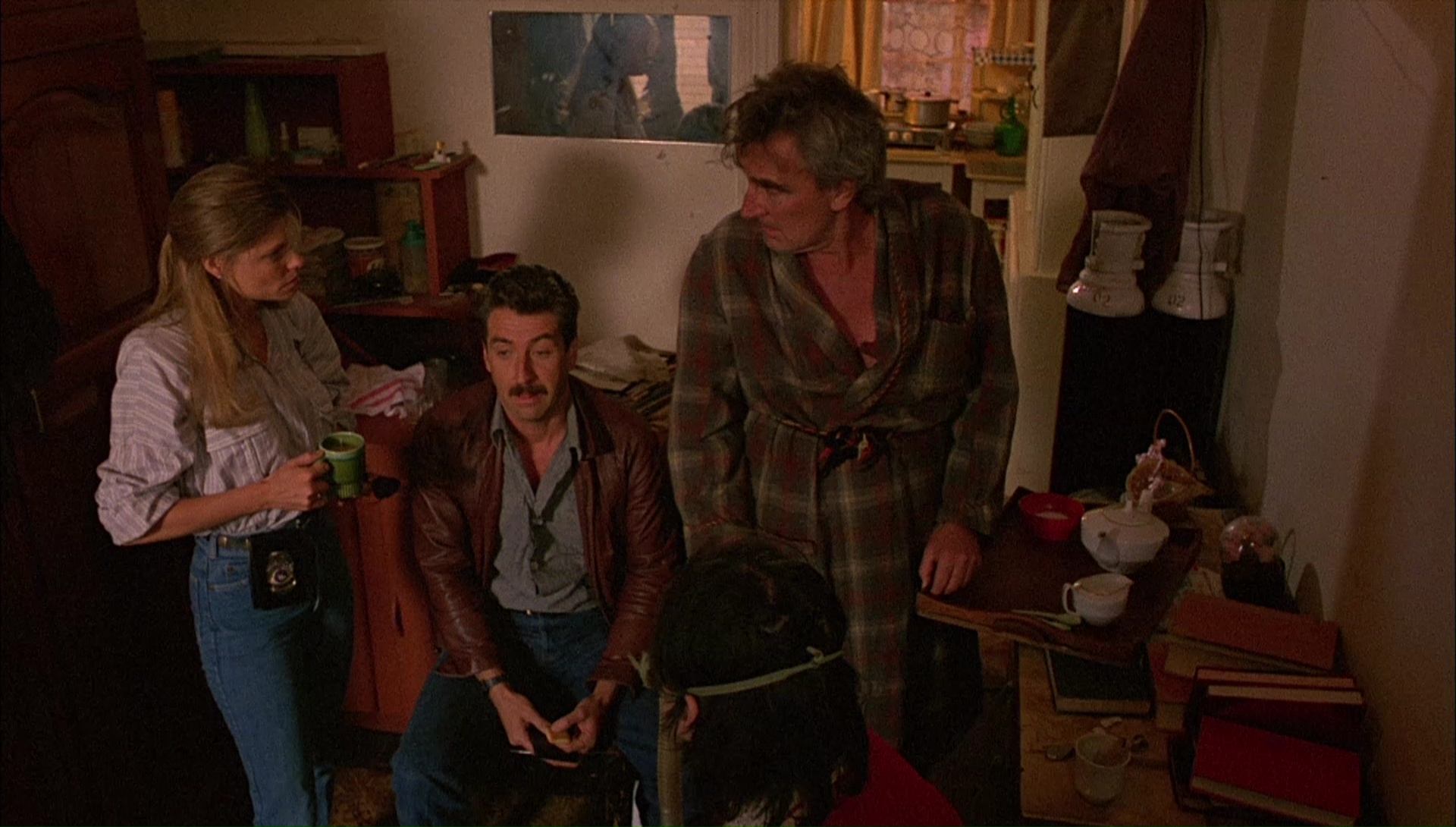 it manages to rally up a memorable scene every now and then including the aforementioned "take me to the river" scene and a lively finale that really has to be seen to be believed. (Crawford really earned his paycheck here.) This was one of a handful of films made by short-lived South African outfit Gibralter Entertainment, who spiced up the early days of the first George Bush in office with titles like White Ghost and The Evil Below. It's also interesting to see how some of the imagery and color schemes anticipate Richard Stanley's Dust Devil, which came out four years later and does a more accomplished job of delivering hallucinatory South African horror.

Academy Home Entertainment (remember them, '80s kids?) released this one on VHS, after which it promptly disappeared from sight for decades. The very bright, flat transfer didn't do the film any favors, and thankfully it's treated far more respectfully via Code Red's Blu-ray release. The new HD transfer reinstates the original dark, moody look of much of the film, with its woozy shades of orange and blue now coming though nice and strong during the nocturnal scenes. The DTS-HD MA English stereo audio sounds nice as well, delivering a lot more presence and bass than the old tapes by a long shot. The only extras (accessible from a menu that might be the most aurally irritating in history!) is a batch of bonus trailers for Mind Ripper, Nightfall, Cut and Run, Nam Angels, and Deadly Dreams.