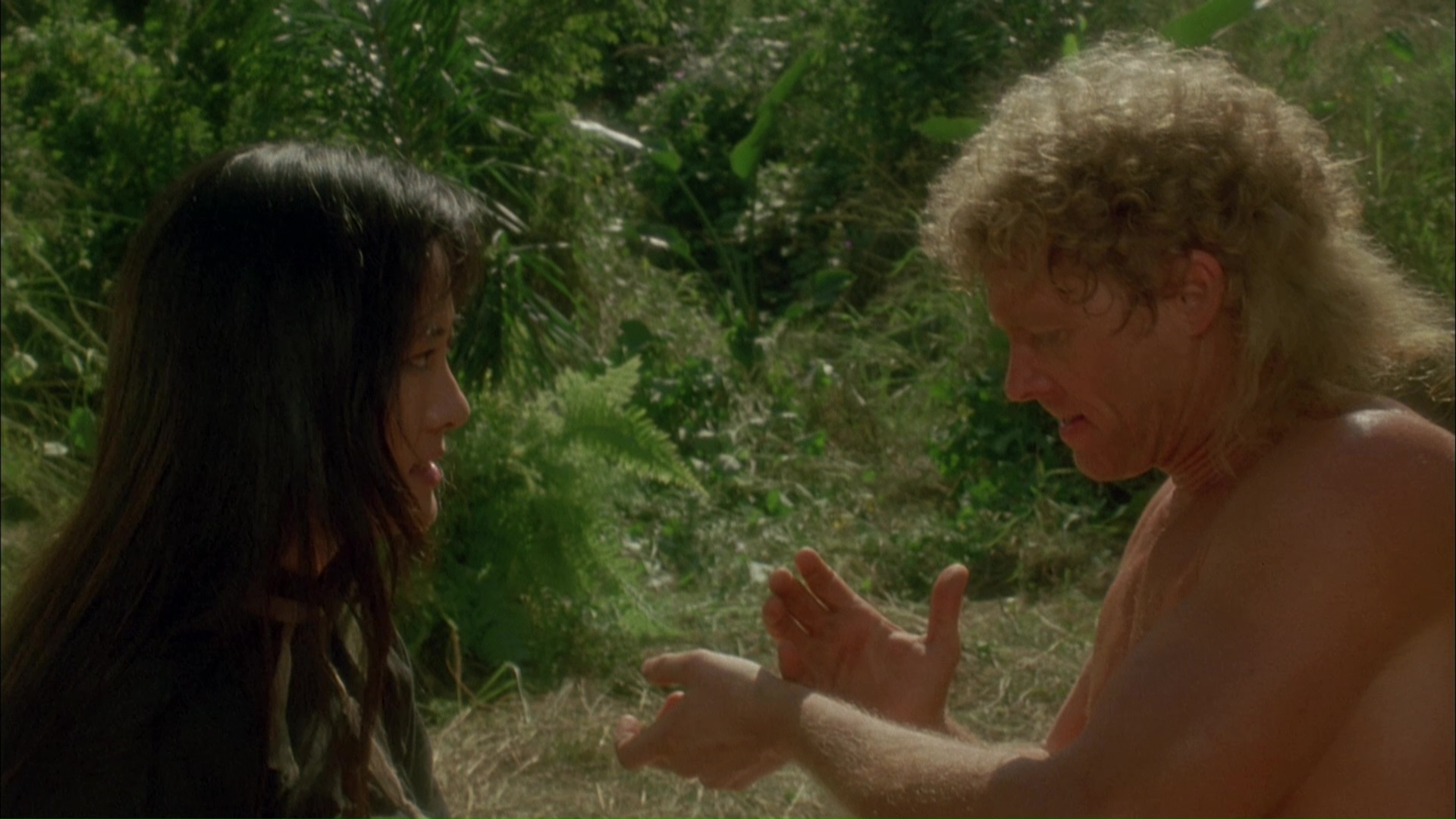 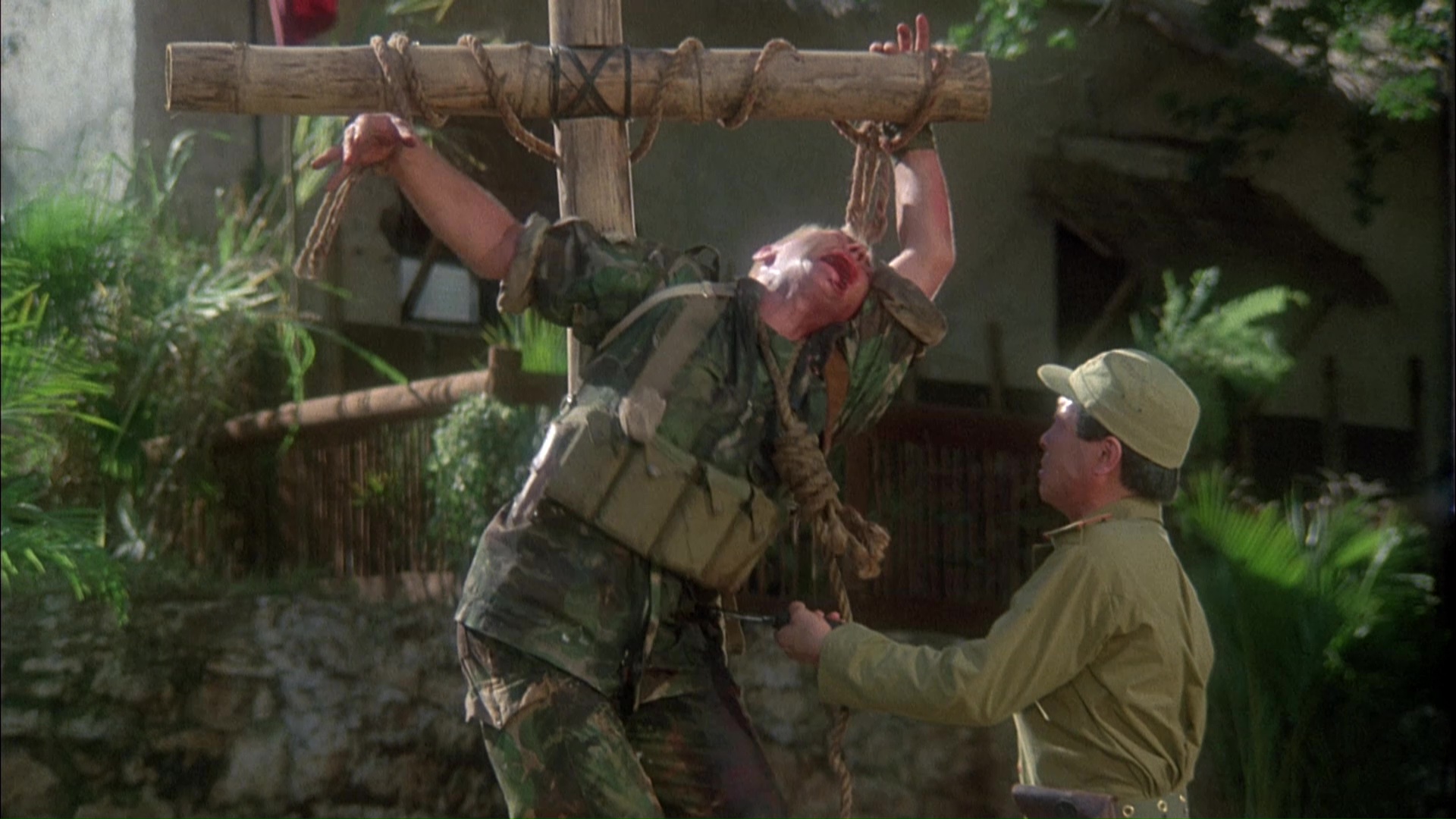 Unique among the wave of Rambo imitations churning out in the 1980s, this Trans World Entertainment production went straight to video in most territories due to censorship hassles over the heavy amount of violence. American viewers were stuck with a heavily cut VHS missing quite a bit of blood sqib and torture footage, though what remained was still an enjoyably junky actioner with a solid B-movie cast. Fortunately the complete version now makes its stateside debut on Blu-ray from Code Red, sold exclusively through Screen Archives either as a solo release or a pack with Eye in the Labyrinth and Knife for the Ladies.

"July 4, 1972: Lt. Steve Shepard disappears on a mission in Viet Nam. 15 years later, he's still there." That's where we first meet our hero, played by The Greatest American Hero himself, William Katt (with an impressive mullet, at least for the first few scenes). Now nicknamed "White Ghost" by the locals, he's enjoying a covert jungle life including a wife, villager Thi Hau (Chao). Now that's she's expecting a baby, he decides it's time to head back home and sends a coded message to his old boss, Major Cross (Brown from Yor, the Hunter for the Future). That means sending over an American black ops teams to retrieve him under the leadership of the nasty Captain Walker (Crawford), who has a personal axe to grind with Shepard from their tour of duty together. With helicopters and ammunition at his disposal, Walker stomps into the jungle yelling things like "White Ghost, get him! In the hole!" and ignites a literal fire storm with Shepard facing off against his nemesis and a trigger-happy army of Vietnamese communists as well. 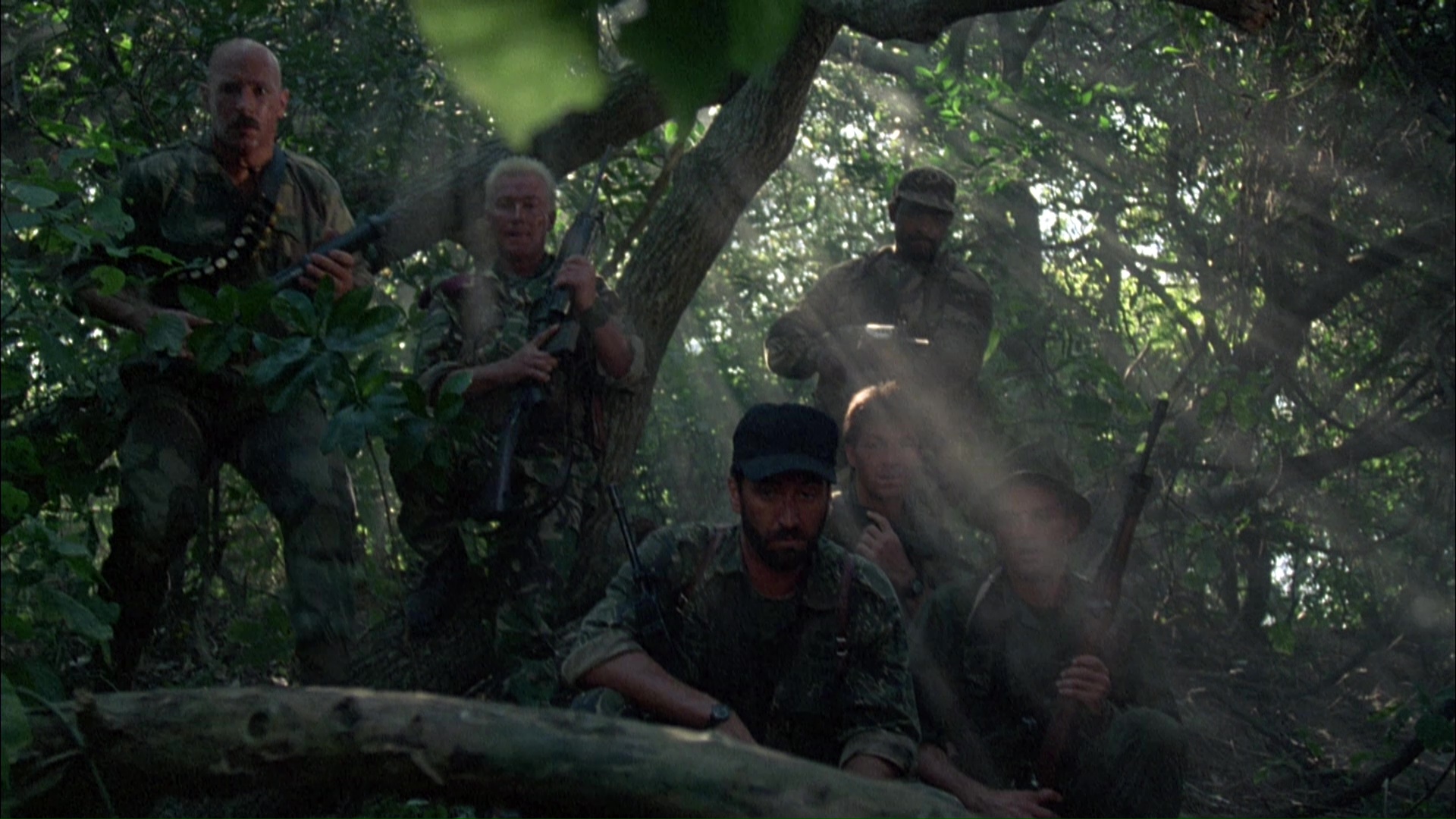 There's obviously nothing terribly groundbreaking about the story here, but only in the late '80s could you get a film like this complete with a pounding electronic soundtrack, explosions galore, and a bearded Crawford gleefully chewing 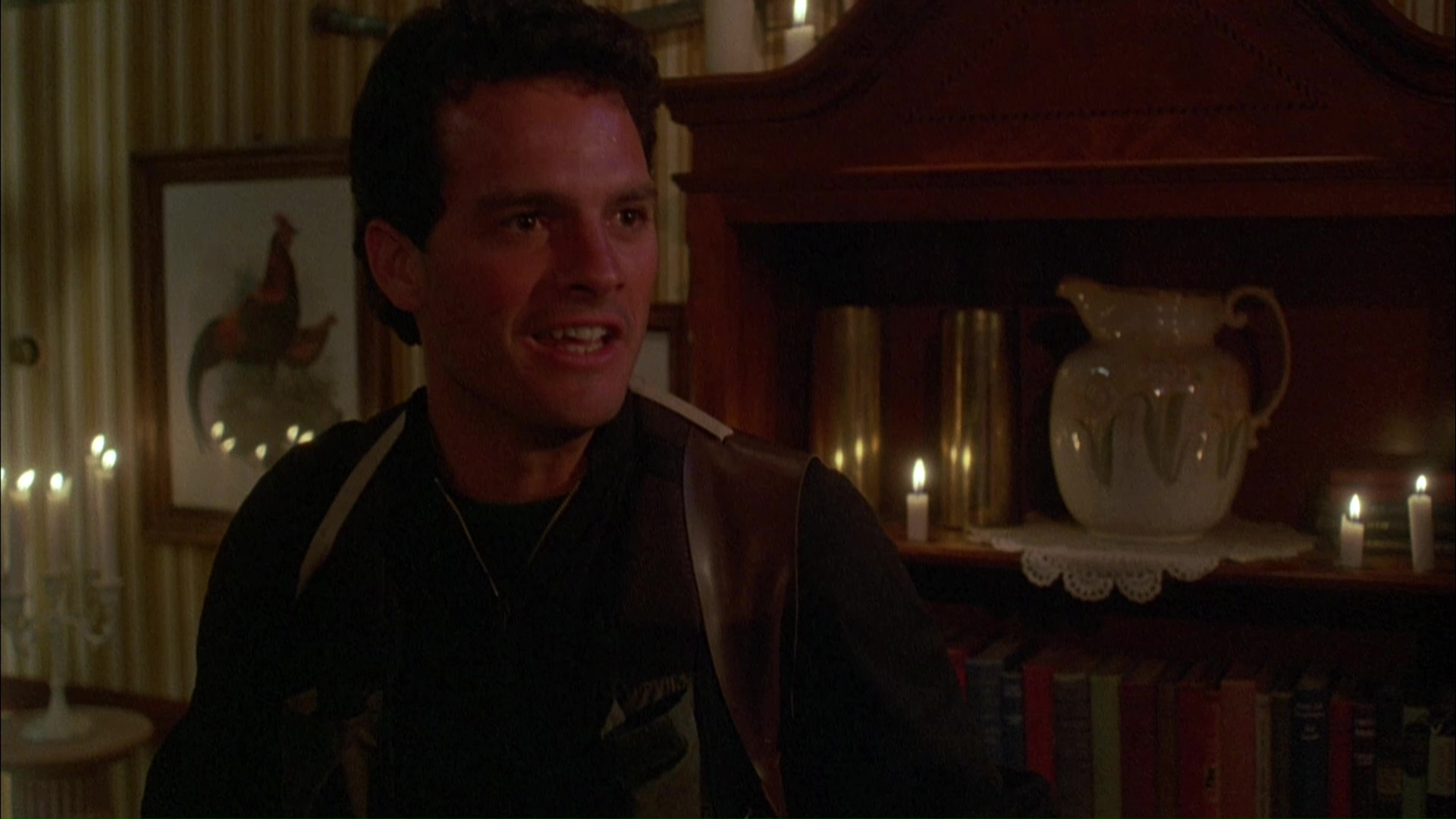 As mentioned above, the American VHS release of this film was heavily cut (it fared better in overseas releases, including almost every country in Europe) but makes it intact debut from Code Red with a drastically improved HD transfer that brings out the jungle details and vivid '80s film stock look much better than before. It's still a cheap-looking action film for the most part, but any fans should be surprised to see the improvement across the board here. The DTS-HD MA stereo audio sounds fine as far as dialogue and explosions go. Not surprisingly there isn't a ton of potential for bonus material here, but you do get two substantial featurettes that shed a lot of light on how the film came about. The always personable Katt gets a 25-minute interview that starts off with him goofing around in front of the camera and covering the ins and outs of his career on both the small and big screens. He seems to have enjoyed his time on this film and touches on his other titles both famous (Carrie) and less so (First Love). Also included is a 13-minute interview with director BJ Davis, who covers the shooting of the film in South Africa and his shock at the X rating slapped on the film. Better known as a stunt coordinator (including American Ninja 2, his first South African production), he didn't direct too many features but did helm the Brandon Lee vehicle Laser Mission. Lots of fun if you need a bloody, guilt-free action fix.