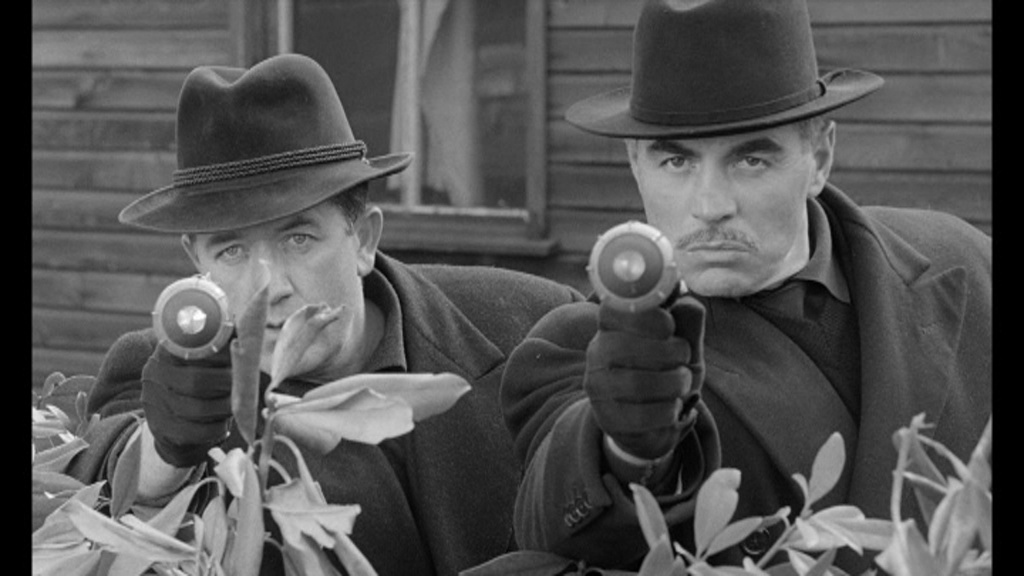 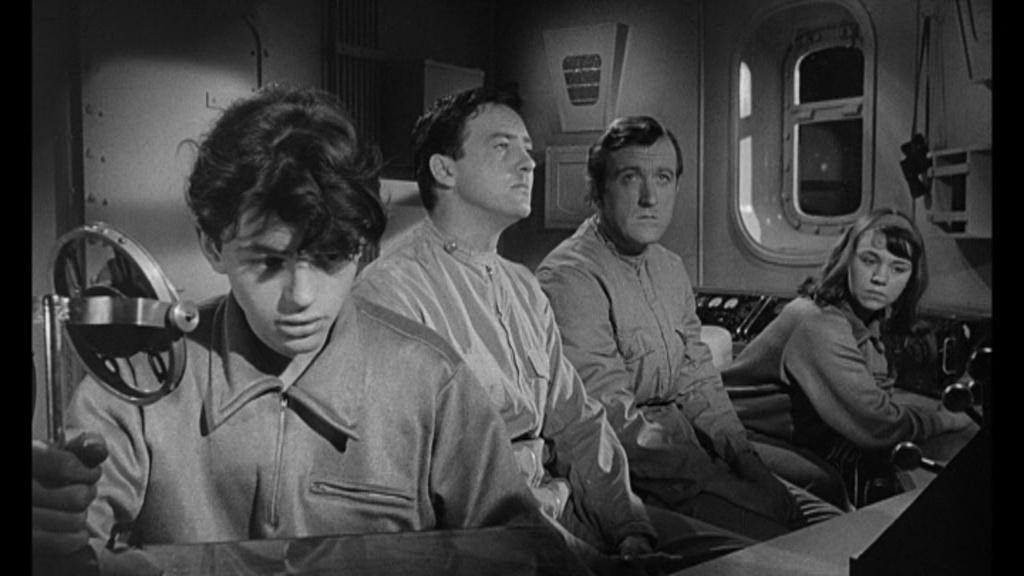 The legacy of the Children's Film Foundation has been all but assured over the past few years by the BFI's ongoing process of preserving its pint-sized genre thrills for modern audiences. These charming, fast-paced adventures always feature young heroes and are designed to be consumed in bite-sized portions for youth cinema clubs, which also makes them great for home viewing when you can pause and come back at your leisure. One great example can be found with Masters of Venus, a serialized, eight-part updating of beloved space operas centered around heroes like Buck Rogers and Flash Gordon, except here it's a couple of plucky kids shot into the unexplored reaches of outer space.

At the "Inter-Planetary Rocket Base" out in the middle of the countryside, security measures are high due to an impending rocket launch to Venus -- and apparently some people really don't want it to happen. Intrepid kids Pat (Harper) and Jim (Stewart) pull up on their bicycles to check up on the action, which they can see firsthand since Jim's dad (Wooland) is one of the main rocket scientists. However, the first manned flight to Venus gets disturbed by a couple of mystery men wielding ray guns, who promptly take out the security guards and leave them immobilized at their posts. Jim and Pat realize something's wrong and get trapped inside the rocket by the saboteurs (who have six fingers on each hand), and the kids send out a distress call just before they end getting shot into space. A meteor shower interrupts contact with the runaway rocket, but at least two unconscious crew members revive in time to help 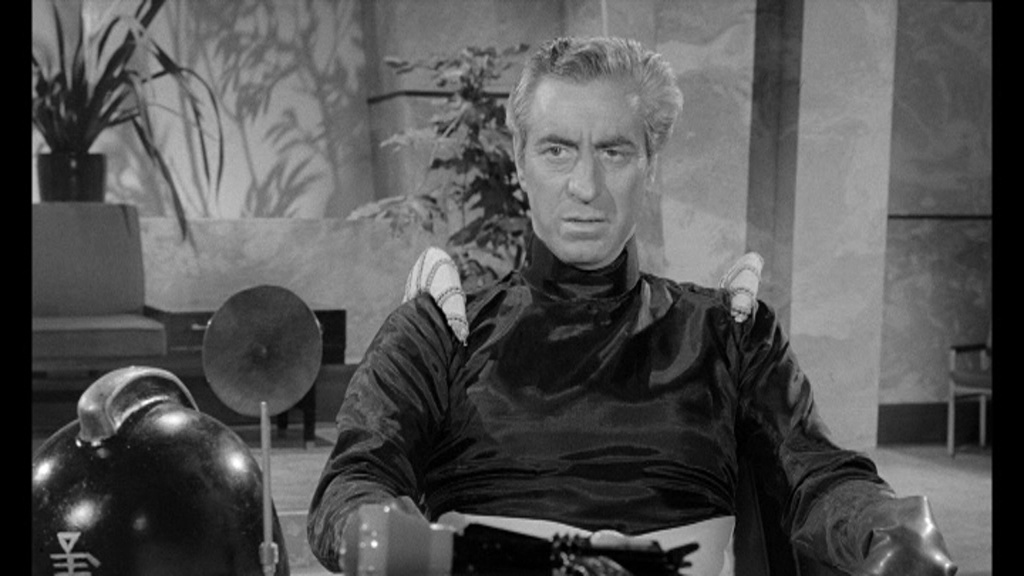 guide them on their mission, introducing them to the joys of strawberries and cream space food along the way. Upon arrival they find out Venusians breathe oxygen and speak with British accents, since they're descended from Earth people from ages before and terraformed the planet - as they learn from official representative Imos (Diamond) and the society's overlord, Lord Votan (Frightmare's Mayne). Some of the Venusians are very hostile, 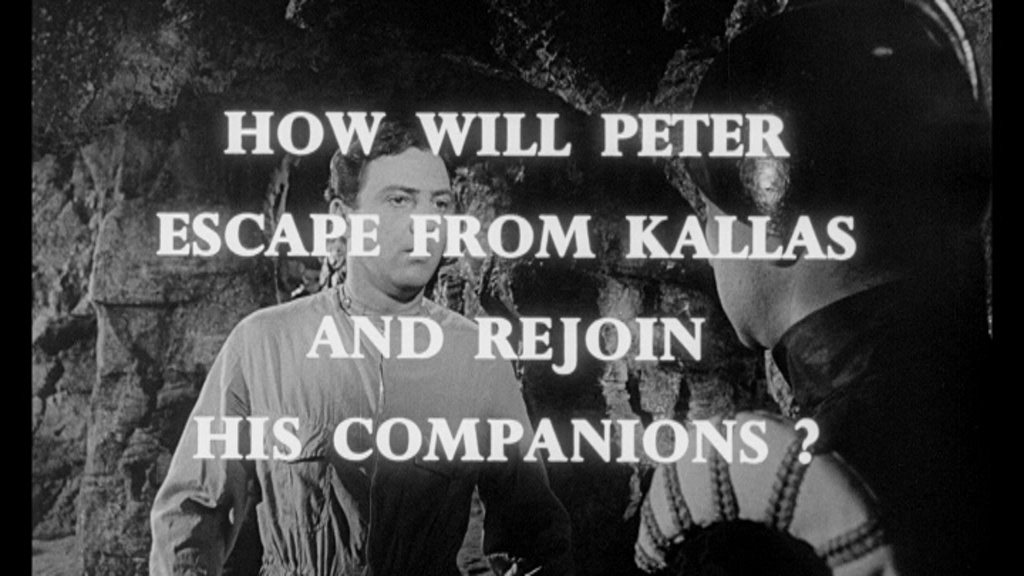 afraid the Earthlings will steal their secrets, with the fascistic enforcer Kallas (Pastell) deciding they can't be trusted at any cost and want to set off an atomic war -- and he wants to launch an invasion of Earth just for kicks.

The seventh title in the BFI's entertaining line of releases from the Children's Film Foundation, this tale is comprised of eight episodes, each running about 15 minutes: "Sabotage!," "Lost in Space," "The Men with Six Fingers," "The Thing in the Crater," "Prisoners of Venus," "The Killer Virus," "Kill on Sight," and "Attack!" This marks the first sci-fi title in the series since 2014's Outer Space. It's all good fun and very speedy in its pacing, despite the fact that we don't actually hit the surface of Venus until episode four; oddly enough, there's more intrigue in the first half with the destination sort of unknown, whereas the second half involves the usual alien struggle for power formula that's been around since early jungle pulp novels.

Never released before on home video, Masters of Venus comes to DVD looking quite nice and generally up to par with past CFF titles. Some persistent hairline scratches pop up here and there, particularly during the second episode and stock footage shots of rockets taking off and so on, but the majority of it looks great with the accurate 1.66:1 theatrical framing preserved. The sole extra is a reversible sleeve with an essay by the BFI's Vic Pratt about the film's space-age and Cold War concerns.