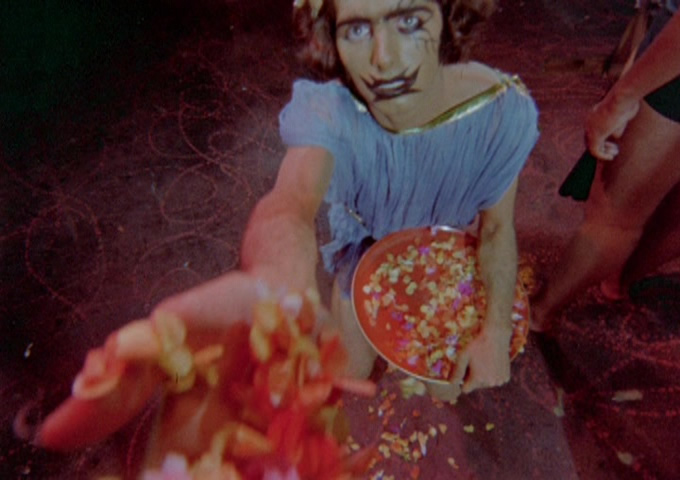 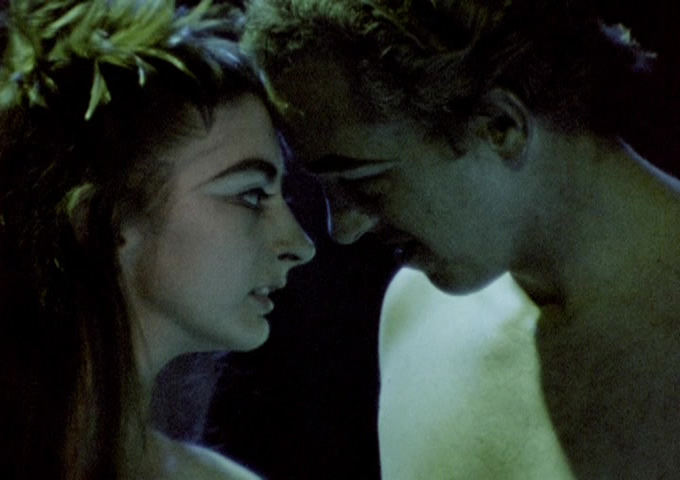 Before he became a regular drive-in name with a string of blaxploitation films and the fascinating The Witch Who Came from the Sea, director Matt Cimber cut his teeth in the early '70s with a handful of erotic "documentaries" including so-called white coater sex instruction films like He & She and The Sexually Liberated Female. Made at the tail end of that cycle is Sex & Astrology, a bizarre, semi-humorous take on the sex documentary format with a healthy dose of flamboyant, colorful visuals inspired by avant garde filmmakers like Kenneth Anger and Jack Smith. There's an abundance of nudity and a dozen sex scenes of varying degrees of explicitness (a couple tipping over further than you'd expect for a 1970 film), but it's highly unlikely anyone will feel all that turned on by the wide variety of body shapes and sizes, not to mention sexual combinations of every conceivable legal stripe. As a wannabe experimental art film for the raincoat set, however, it's a curiously fascinating little find if you're in the right mood.

"Hang on to your skull, people!" intones an anonymous narrator as the show begins with a cut-rate Roman celebration of the goddess Venus and her lover, Rockbottom(!), complete with a falcon trainer and winged midgets playing Cupid and Psyche. Through this carnal celebration we find out how the Aries refuses to accept humiliation and has very picky tastes in women, and a Taurus has a propensity for bullfighting, chewing, and lesbianism. You won't find that in our local horoscope chart. For some reason Gemini is represented by a bisexual foursome with 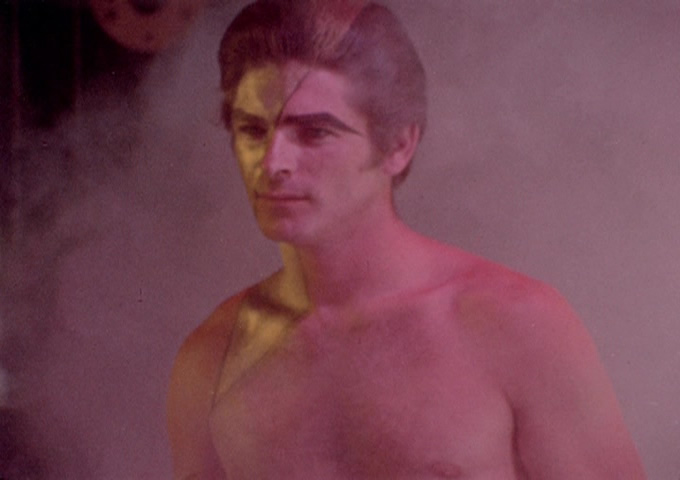 Chipmunks-style singing as accompaniment, while Cancer involves nude modeling including a chunky platinum blonde wearing only a dead mink. Leos are 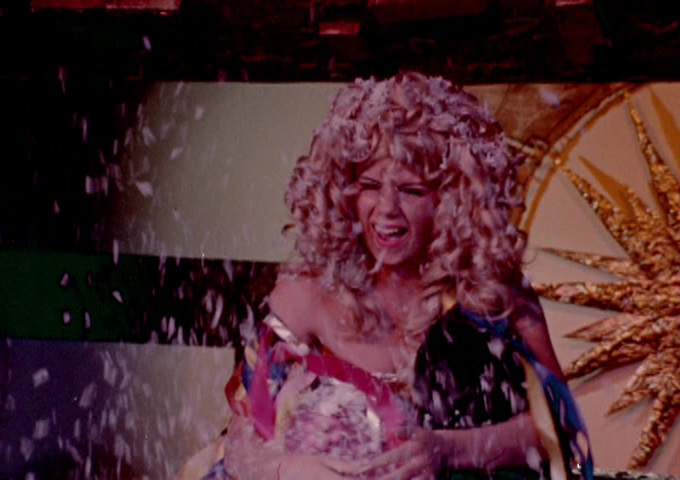 sun-worshiping egotists who like to be rubbed down with suntan lotion, Virgos are playful and childlike, Libras can be hermaphroditic gender benders, the Scorpio likes to run around naked in David Bowie makeup and have sex to circus music, the Sagittarius wavers between laziness and hyperactive horniness, Aquariums are bondage freaks into music and interpretive dancing with snakes, Pisces are excessive dreamers with a water fetish, and so on and so forth.

None of the cast members are credited (though that looks like early '70s sex film staple Gene Rowland as the big-haired Leo), but be sure to keep an eye on the opening credits are filled with kitschy fake names for the crew like "Feldon Lingus," "Fletcher Box," "Beatrice Schlong," "Huntington Schtup," and (for Cimber) "Rinehart Segway." The narration is loaded with strange puns and rhymes (the "bucket" one is a keeper), so it's clear everyone was just goofing around and seeing how much weirdness they could get away with on a meager budget. Crazy, crazy stuff.

A real curio to be sure, Sex & Astrology makes its home video debut after decades of obscurity on DVD from Vinegar Syndrome with a new scan pulling as much color and detail as possible out of a production obviously shot on 16mm on the cheap. The colors are borderline hallucinogenic at times, and the film element has been kept in pretty good shape with minimal damage apart from some sloppy splices inherent to the original film. The Dolby Digital mono track is fine considering the soundtrack is all narration and stock music, and the sole extra is the salacious theatrical trailer featuring the most eye-popping moments from the film.