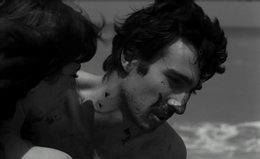 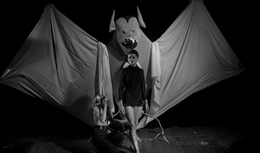 lence didn't go over too well in a country not know for its traditionally horrific output.

At a remote house in the country, a psychiatrist (Letrou) is summoned to help a quartet of dysfunctional sisters who believe they're vampires in a long line of sword-wielding bloodsuckers. Ruled by the enigmatic Vampire queen (Sieger), they prowl the beach area and feed on the locals, one of whom intends to manipulate the fairest of the sisters for his own scheming ends. Of course, it turns out the vampire legends are true, and the shrink falls afoul of their hunger and is brought back by the sea. Scientific experiments, angry villagers, and sheer nightgowns further confuse matters as the vampire community expands and begins to turns on itself.

Though there's a fair amount of skin on display, this film isn't remotely as transgressive as the title might imply. Instead it's firmly in the dreamy, stream-of-consciousness mode found in most of Rollin's early films, obviously a dry run for his more accomplished initial foray into color next with The Nude Vampire (which also expounds on some of the sci-fi and tragic romance elements found here). Strange, campy, and often inexplicable, this film was largely improvised on the spot and is divided into two chapters, one the more traditional gothic portion of the story and the latter concerned more with a modern (but strangely antiquated) meditation on the same idea. It's the sort of film best watched very late at night when your mind isn't operated with all thrusters; you can just sit back and go along with its late-'60s oddness with as little resistance as possible. Those familiar with Rollin will find plenty to enjoy here, though newcomers would be advised to start off with something a lot more accessible like The Demoniacs, Fascination, or The Living Dead Girl.

Not surprisingly, Rollin's first vampire opus barely played outside of France and was largely unknown for decades. Appetizing descriptions in Phil Hardy's landmark The Overlook Film Encyclopedia: Horror created a near-instant demand for Rollin's films in English, and soon this quirky little slice of European insanity was being issued in various versions all over 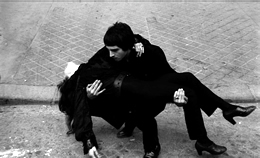 America and the UK. The flat letterboxed versions from Image and Redemption themselves looked fine, with a very limited 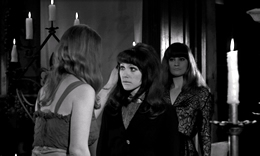 Dutch double-disc set from Encore offering a more elaborate package thanks to a Rollin commentary, alternate scenes, and interviews with Sieger, Alain-Yves Beaujour, and François Tusques, among other goodies.

The Blu-ray and DVD reissue from Kino is obviously the most attractive of the bunch transfer-wise, with the HD option providing a particularly rich visual presentation. As usual this is presented basically straight out of the can, debris and all, which is actually just fine for Rollin. The late director offers a brief video intro to the film, while the 22-minute featurette "Fragments of Pavements under the Sand" has critic Jean-Pierre Bouyxou, editor Jean-Denis Bonan and actor Jean-Loup Philippe (who would go on to a much more substantial role in Rollin's Lips of Blood) talking about the film's stormy reception and box office success, with multiple archival bits of Rollin interviews offer his own memories of jumping into the realm of full-length feature filmmaking. One of the alternate scenes (in the medical room) is included as well along with an additional (longer) Philippe interview and two Rollin short films, "Les amours jaunes" ("The Yellow Loves") and "Les pays loin" ("The Far Country"), which are familiar from prior Redemption DVD releases but in better quality here. As usual, the release wraps up with trailers for all the Rollin titles in the series to date and insightful liner notes by Tim Lucas on this and other films in the second HD batch from Kino and Redemption.