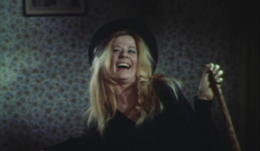 One of the most elusive shockers of the late 1960s, The Name of the Game Is Kill has held a 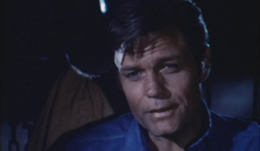 certain mystique among genre fans for decades thanks to its evocative stills and write ups in a number of horror publications over the years. Despite its cast and definite commercial value, the independent film quickly dropped into obscurity and lingered on in the minds of the few who caught it either in very rare TV airings or during its initial release, which featured a Psycho-inspired ad campaign forcing patrons to triple pinky swear they'll never reveal the surprise shock ending.

Long past his role in Dr. No and about to become famous on Hawaii Five-O, Jack Lord stars as a Hungarian drifter named Symcha Lipa who hitches a ride in the desert with pretty Mickey Terry (Strasberg). She takes him to the nearest town, a desolate spot where she lives with her odd sisters, Nan (Coogan's Bluff's Sterling) and Diz (Paxton, most famous as that lyin' Mayella in To Kill a Mockingbird). Keeping watch over them is their strangely prim mother (Jones), and pretty soon all sorts of nasty little family secrets start spilling out all over the place as someone seems determined to kill the interloper. Can he escape with his life before this game really does turn deadly?

It doesn't quite qualify as a horror film, but The Name of the Game Is Kill certainly feels and operates like one. The big twist ending is still pulled off with a lot of gusto even if you guess it well in advance, and the smart casting of Strasberg evokes her earlier terrorized role in one of the best Hammer films, Scream of Fear. There's a recurring dark atmosphere of perversity and desperation to the film that still gives it a seedy edge, and Swedish director Hellström and screenwriter Gary 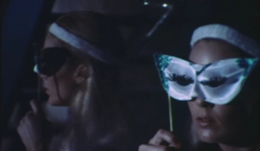 Crutcher (Stanley and Superchick) wring plenty of atmosphere out of the dusty location and some great set pieces, most notably a Halloween party complete with a dog in a party hat the precedes The Mephisto Waltz by a few years. On top of that you get some groovy fuzz-guitar music from psych rock favorites The Electric Prunes and a crackerjack performance from Jones, who had earlier figured prominently in the nightmare-inducing "An Unlocked Window" episode of The Alfred Hitchcock Hour and also appeared in another 1968 cult favorite, Head. Finally, major props to composer Stu Phillips (who scored Beyond the Valley of the Dolls the following year and went on to TV's Battlestar Gallactica and Knight Rider), who does exceptional work here. A soundtrack CD is also available, and weirdly, two of his compositions were later used among the other library tracks in Jess 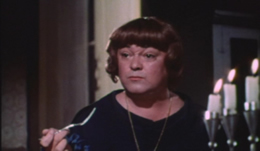 Many years in the making, the special edition of The Name of the Game Is Kill released in 2013 is a real treasure for movie fans who have been waiting since the VHS era to find a decent copy of the film. The transfer from a print supplied by director Joe Dante and an additional one found by collector Harry Guerro is most likely the best out there, as the few other complete prints floating around all seem to have turned completely pink. Colors look good here, and though it's definitely on the soft side, it's a massive improvement in every respect over the bootleg copies dating back to the VHS era. It's very unlikely a superior source will ever be unearthed for a Blu-Ray down the road, so you can probably buy with confidence and not worry about double dipping. In a nice gesture, optional English subtitles are also included.

The extras mounted by Daniel Griffith's Ballyhoo Motion Pictures are truly impressive and easily justify the years of work that went into their creation. Griffith provides a brief video intro the film thanking the people involved and also appears for an audio commentary with Crutcher, who's very candid about the dislike he and the director felt for each other on the set. He covers a number of subjects along the way including his conceptions behind the different characters and some of the various titles the film underwent along the way, such as The Female Trap (which it was called for at least one TV airing), Edge of Nowhere, Insanity, and A Man amongWomen. Crutcher also appears in the 45-minute "Psycho Sisters: Making The Name of the Game Is Kill," which reveals that Rock Hudson was initially attached and how "strange little fellow" Roman Polanski was also pitched with the script (which leads to a hilarious censored cutaway you'll have to fill in for yourself). Also present in the doc are Joe Dante and Video Watchdog's Tim Lucas, who offer their own appreciative takes on the film including Lucas' parallels between this and the

works of Tennessee Williams. The biggest surprise here is probably the film's cinematographer, the great Vilmos Zsigmond, who pops up here to talk about his work on early "cheap" movies (which also includes standout work on titles like The Sadist and

Five Bloody Graves before he moved on to Hollywood glory with De Palma, Spielberg, and Altman). The section devoted to the production itself is definitely the highlight as it covers the numerous pitfalls and challenges faced by filmmakers, with Zsigmond not a particular fan of the director either. Also on hand are Stu Phillips, of course, and Electric Prunes lead singer James Lowe (who talks about how the song "Shadows" came about for the film), as well as director Jeff Burr, who has his input on the film's look and significance.

Another substantial subject in the doc is the film's distributor, Joe Solomon, for whom Phillips often served as composer. Solomon's career gets a thorough spotlight in "Schlockmeister: Joe Solomon on Reels," a 45-minute barrage of trailers for the wide range of exploitation films he released including such titles as Horror of Party Beach, The Playgirls and the Vampire, The Black Klansman, The Diabolical Dr. Z, Hell's Angels on Wheels, Angels from Hell, Run, Angel, Run!, The Gay Deceivers, The Curious Female, Kick Them All and Come Back Alone, The Losers, Soul Soldier, Superargo and the Faceless Giants, Evel Knievel, Simon - King of the Witches, Werewolves on Wheels, Tower of Evil, Tales of the Bizarre, Girls on the Road, The Loners, This Is a Hijack, Violated, Alice Goodbody, and A Small Town in Texas. Many of the trailers were collected by Temple of Schlock's encyclopedia of subterranean cinema, Chris Poggiali, who was instrumental in this release. He also provides an optional audio commentary for the trailer reel, which is an excellent tour through the showman's career. Unfortunately the background audio from the trailers is mixed loudly at the beginning, but stick with it for a couple of minutes; there's a lot of great info to be found. Poggiali also provides a heartfelt essay, "Good News in Jerome," tying in the acquisition of a usable print for the film's DVD release with a screening in the original shooting location of Jerome, Arizona. Crutcher also supplies a brief additional written piece, "Memo from the Flophouse" about his ties with the film and seeing it released on home video, and a rare 46-second TV spot gives you an idea of how the film was pitched during its release. ("Her kiss was a passport to heaven!") Also included are a gallery of photographic ephemera (production documents, set and production photos, and shots of the locations now) and a three-minute featurette, "Out from the Shadows," covering the background of the Electric Prunes themselves with Lowe discussing their psychedelic roots and their still vital status performing out on the road. (There's also a great snippet of a recent Sicilian band covering "Shadows," believe it or not.) It's hard to believe this film is finally available on home video, but it was certainly worth the wait.