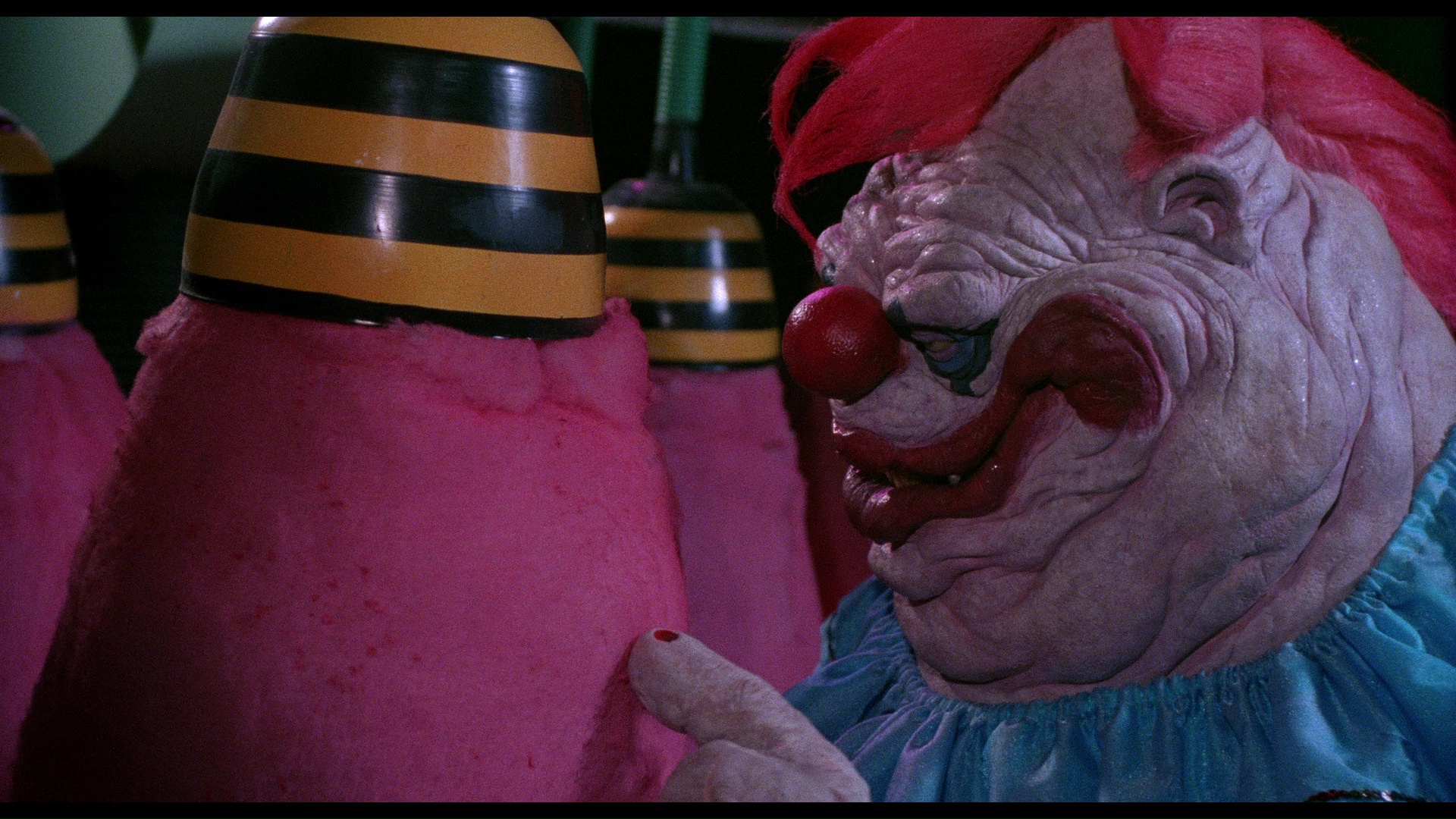 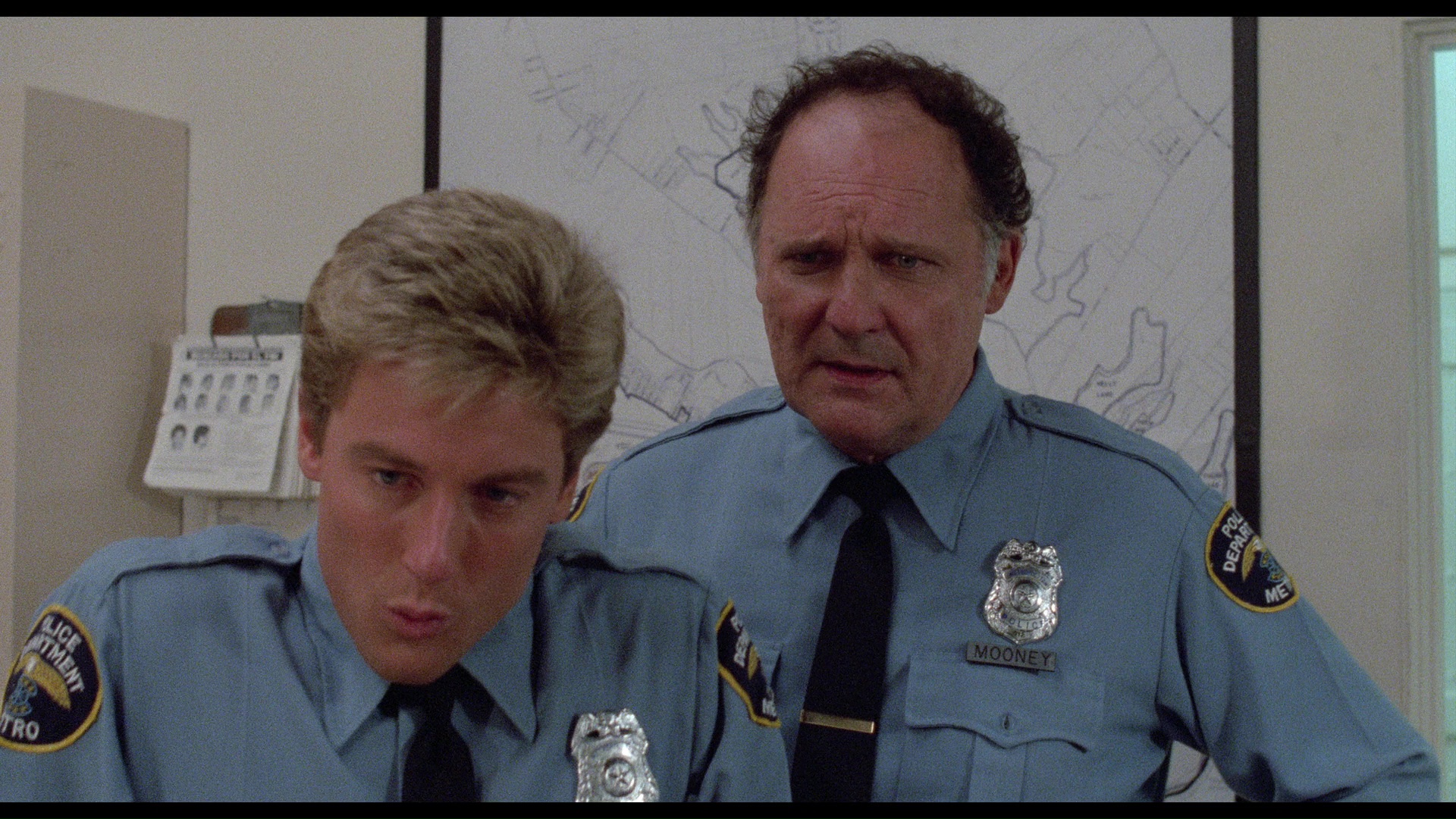 entirely by home video, Killer Klowns from Outer Space recounts the story of an alien invasion engineered by malicious, alien clowns whose practical jokes have a habit of turning nasty. Initially sabotaged in its theatrical run but destined for greatness, it's a sometimes dark, goofy diversion and a cheerful reminder of how fun movies could be in the days before CGI took over everything.

Drawing more than a tad of its setup from The Blob, our interstellar saga begins with two randy quasi-teens, Mike (Hardbodies' Cramer, sporting a very dark dye job) and Debbie (Snyder), find their petting session in a van interrupted by a falling object from space that turns into a big top circus tent. Disguised as clowns outfitted with deadly devices like lethal popcorn and balloon hunting dogs, the alien force first attacks a local old farmer (Dano) and then gradually lays siege to the town, all to the ignorance of the local sheriff (Vernon). Mike and Debbie try to warn their peers about the encroaching clown menace, which traps its human captives in cotton candy and stores them aboard its DayGlo-colored spaceship.

It's not much of a secret that many people are actually creeped out by clowns, whose leering faces are often the exact opposite of the happy, kid-friendly appearance they intend to convey. Therefore 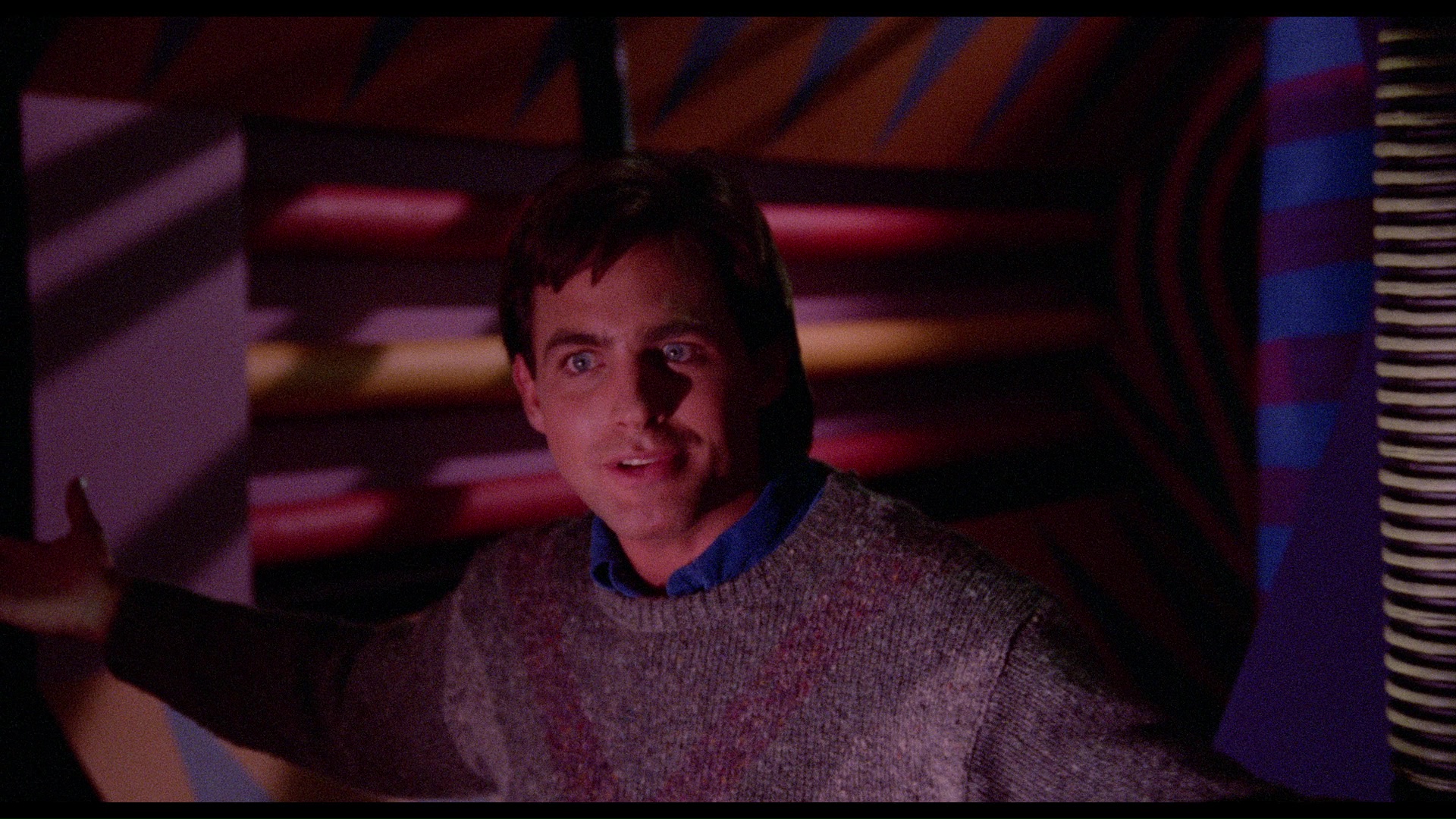 Killer Klowns will seem goofy and funny or simply unbearably creepy, depending on your mood (or perhaps a little of both). The clown designs are extremely effective, ranging from 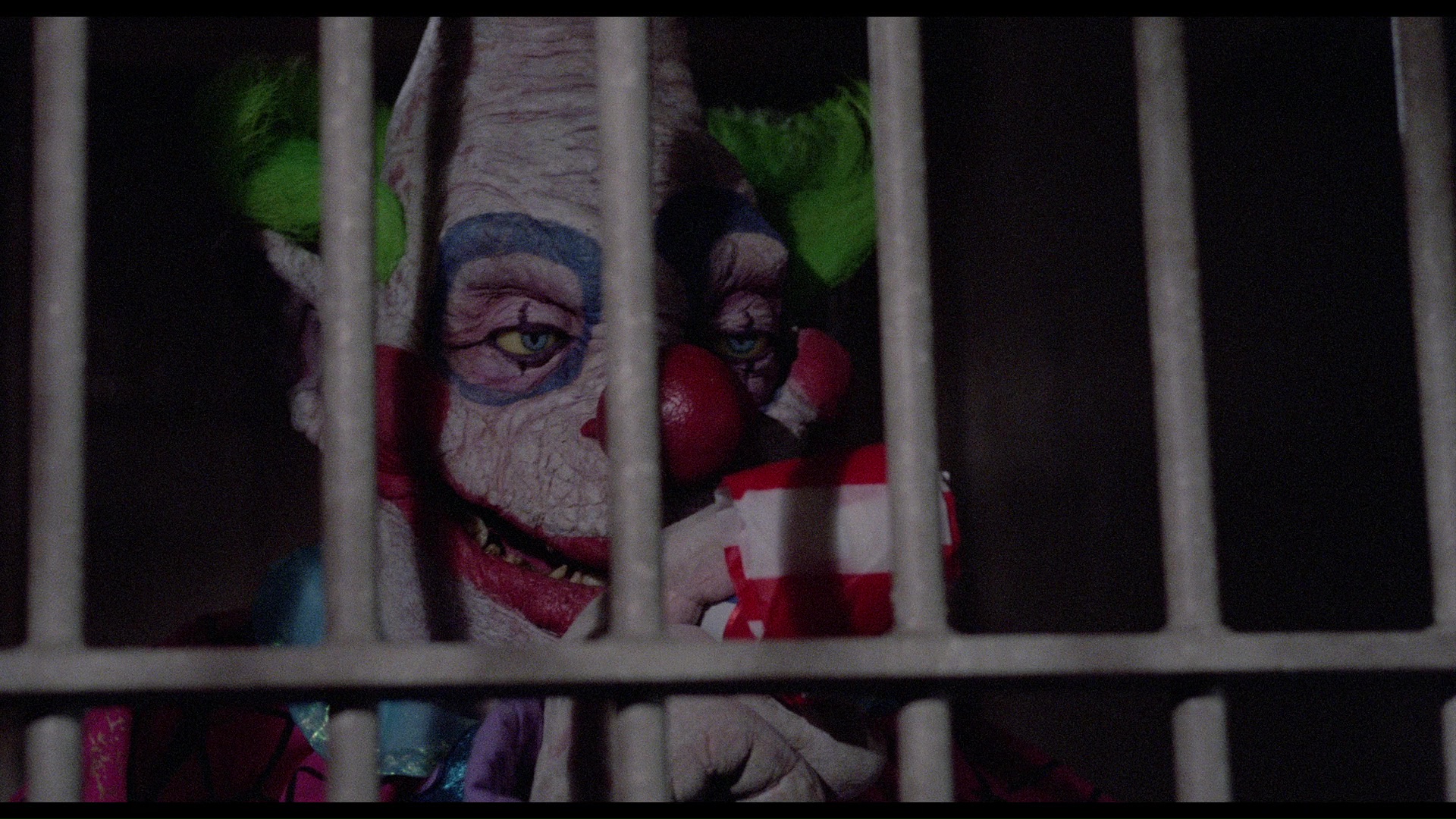 a baby dwarf clown to snapping, fanged clown heads attached to snakes; likewise, the ingenious use of typical clown props like cream pies to deadly ends lifts this film well above your average B-movie quickie. Then of course there's the classic biker scene, a show stopper in its own right, and a playful score highlighted by The Dickies' insanely catchy theme song (which featured the band's debut performance with future film composer Cliff Martinez). Apart from Vernon's scenery chewing which perhaps even exceeds his performance in Animal House, the performers generally play second bananas to the marauding clowns, which is just as it should be.

The riotous, colorful appearance of Killer Klowns got its first respectable transfer in 2001 courtesy of MGM's Midnite Movies-branded DVD which easily outclasses the earlier videotape and laserdisc. Adding about as much to the sides as it loses from the top and bottom compared to the full frame version, the letterboxed transfer overall looks more balanced and serves as a better showcase for the bizarre visuals. The punchy surround soundtrack is also expertly crafted and a lot of fun. The disc is also jammed with enough krafty extras to keep klown fans busy for hours, starting with the rapid fire, informative commentary track from the Chiodo Brothers. Though their expertise lies in special effects, their solo feature filmmaking venture indicates the potential for greater results outside of their chosen area. Obviously the FX talk dominates much of the track, but they also have a few funny stories about the production as well. 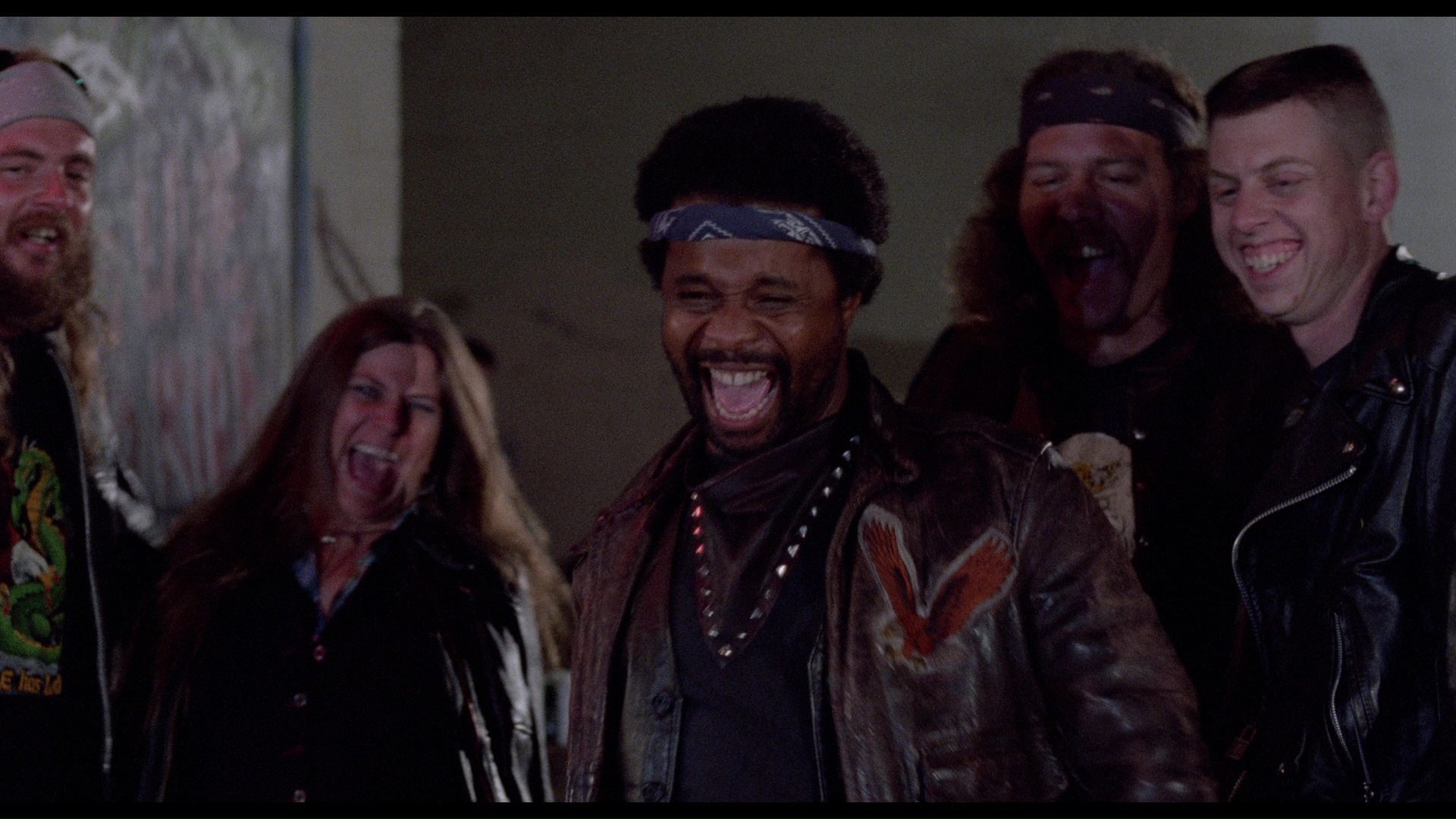 The circus goodies hardly stop there, however. A "Making of Killer Klowns" (21m40s) featurette combines new interviews of the Chiodo Brothers with extensive 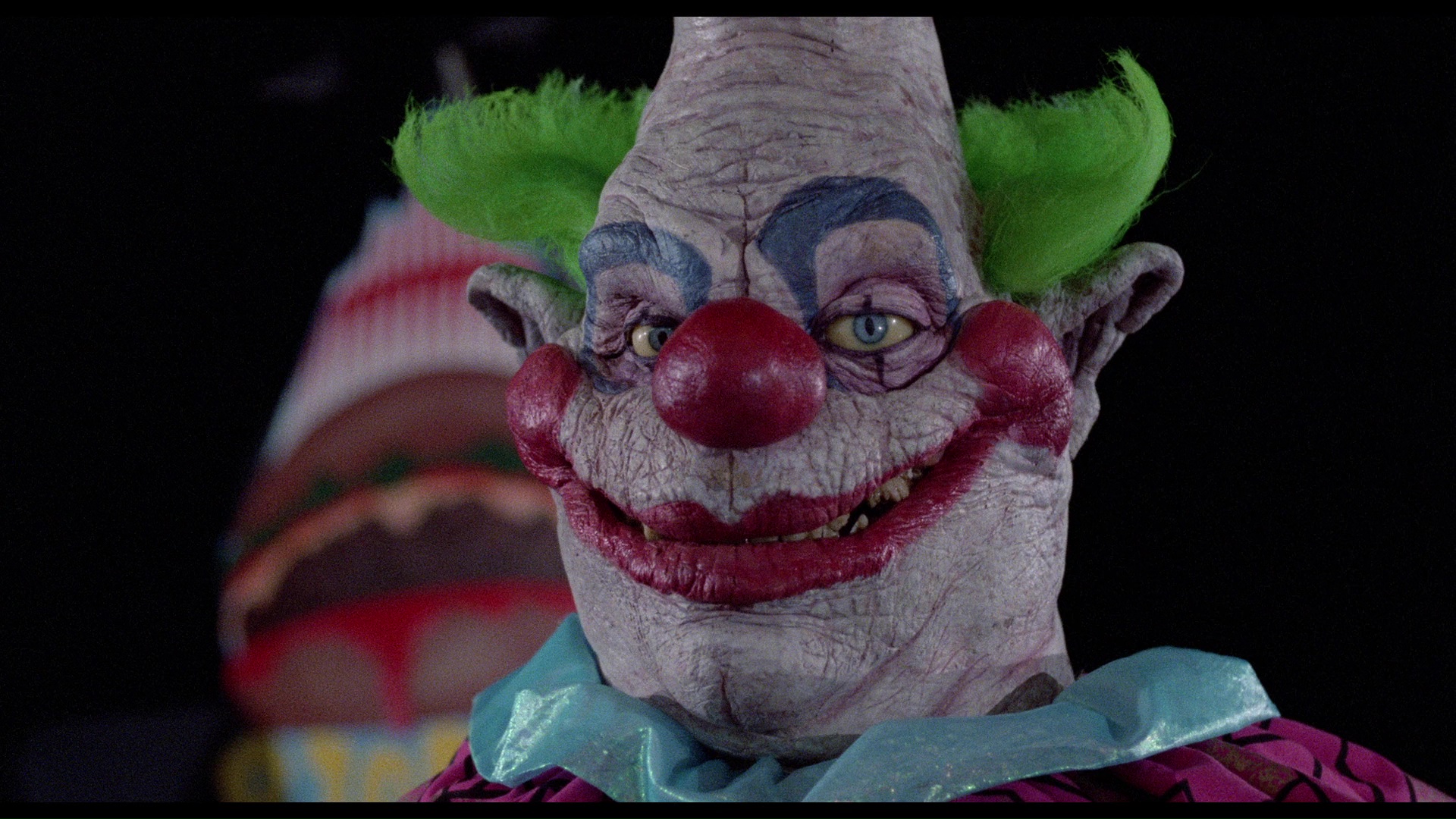 behind-the-scenes camcorder footage, focusing mostly on the clowns effects footage. The basic conception behind each clown creation is further explored in the 12-minute "Kreating Klowns" (12m50s), while "Komposing Klowns" (13m15s) gives time to composer John Massari whose enthusiasm for the film is quite infectious. "Visual Effects with Gene Warren, Jr." (14m52s) focuses more on the non-clown effects, including the creation of the circus tent and the various visual sleights of hand required to bring the film to life. "Chiodo Brothers' Earliest Films" (7m10s) assembles a highlight reel of stop motion footage created by the young filmmakers, including a miniature Satan and a giant beast on the loose. Two deleted scenes, "Bad Experience" and "Tight Rope," are included from the extended television cut; the former focuses on the heroine's personal, Gremlins-like phobia of clowns. Add onto that the original theatrical trailer, a huge gallery of photos and artwork, a storyboard gallery, and three minutes of bloopers (also camcorder footage, apparently). There are also some krafty Easter Eggs tucked away: over three minutes of funny raw footage from the klown auditions, and a quick 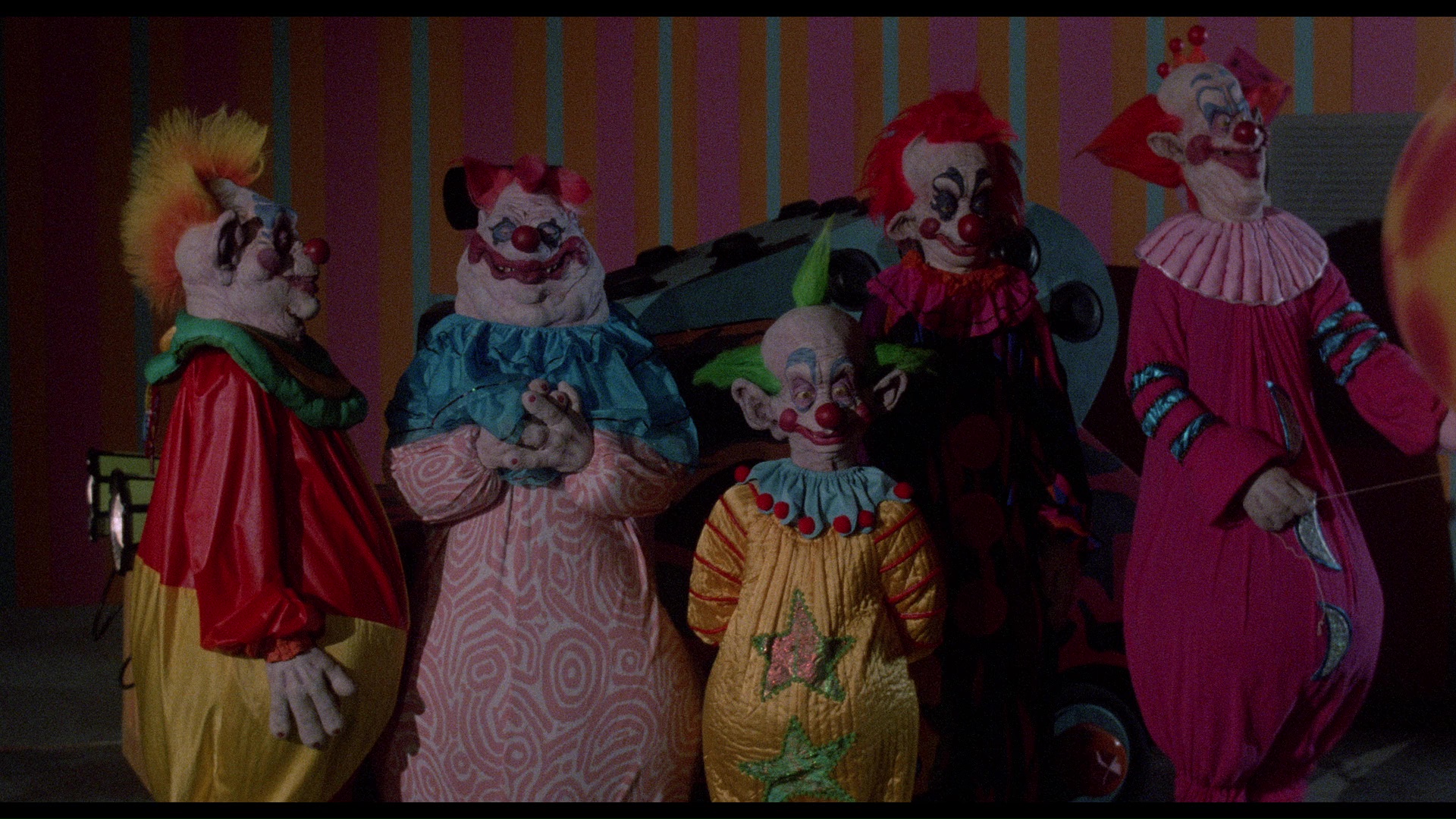 comment from John Vernon. Oddly enough, the terrific Dickies music video (which contains some new clown footage and was directed by composer Chuck Cirino) included on the VHS tape is conspicuously absent.

In 2012, MGM bumped the film up to Blu-ray, looking quite nice and featuring a DTS-HD MA English stereo surround track plus a French track and optional English and Spanish subtitles. The same extras are included. In 2014, Arrow Video carried over the same transfer and contents to its own Blu-ray (standard or steelbook editions) while adding a handful of new treats as well. In "Tales of Tobacco" (18m1s), Cramer chats about his entry into acting via 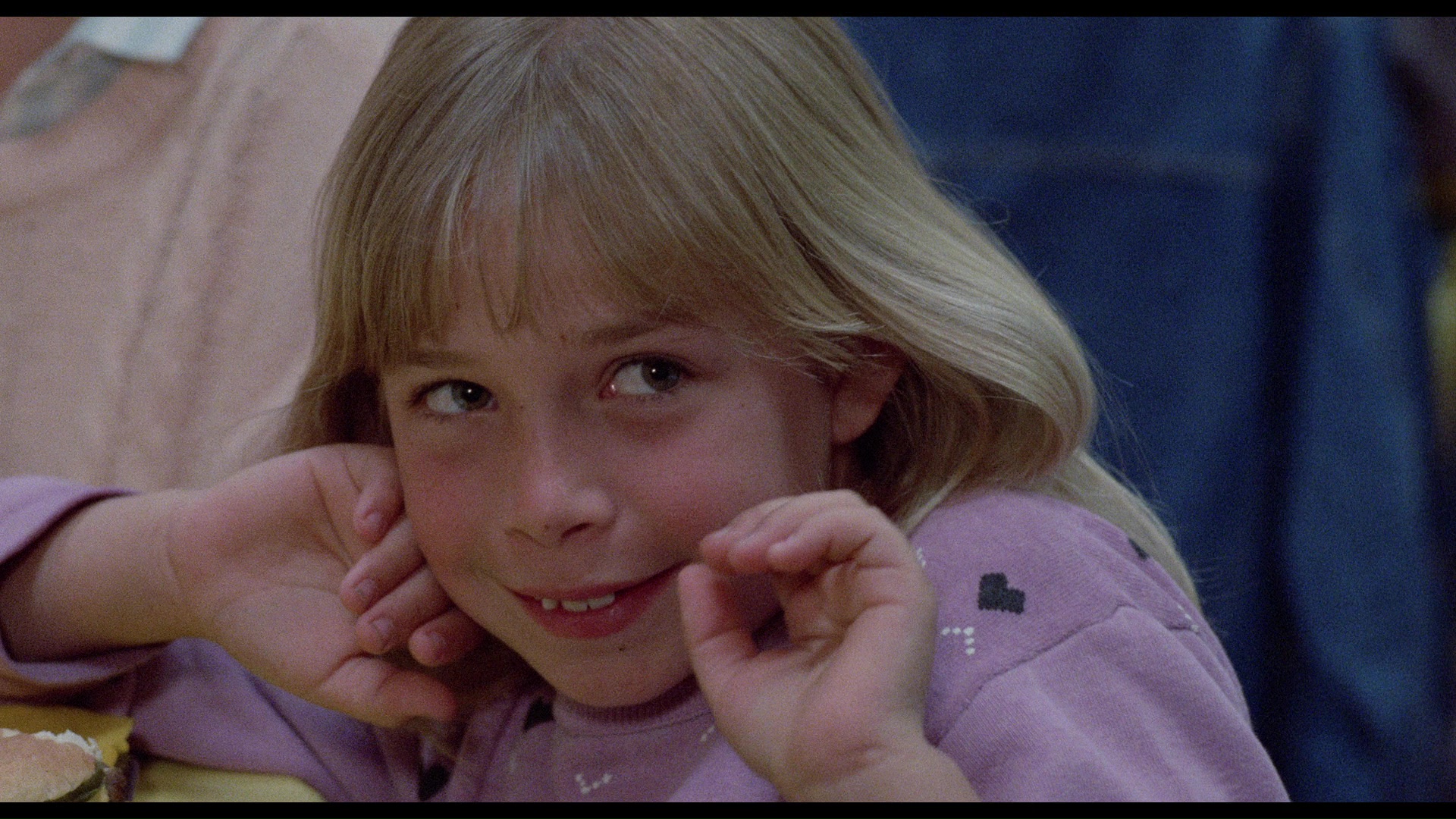 New Year's Evil, dodging a sketch project in South Africa, dying his hair dark, and ending up in this "trippy" fan favorite after a soap opera gig. "Debbie's Big Night" (10m39s) features Snyder explaining how she took the film on the advice of her agent and wound up not only hitting it off with the Chiodos but having a blast during the shoot in Santa Cruz even during more difficult scenes like the bathroom confrontation. Both actors also speak warmly about the film's ever-growing fan base and apparent rise from the ashes after its first couple of years of anonymity. In "Bringing Life to These Things" (7m58s), Stephen Chiodo takes a tour of their production process including great close peeks at their creations and some VHS archival footage of his brothers hamming it up for the camera.

In 2018, Arrow Video decided to pay the klowns another visit with a refurbished transfer on Blu-ray sourced from a fresh 4K scan of the camera negative, featuring 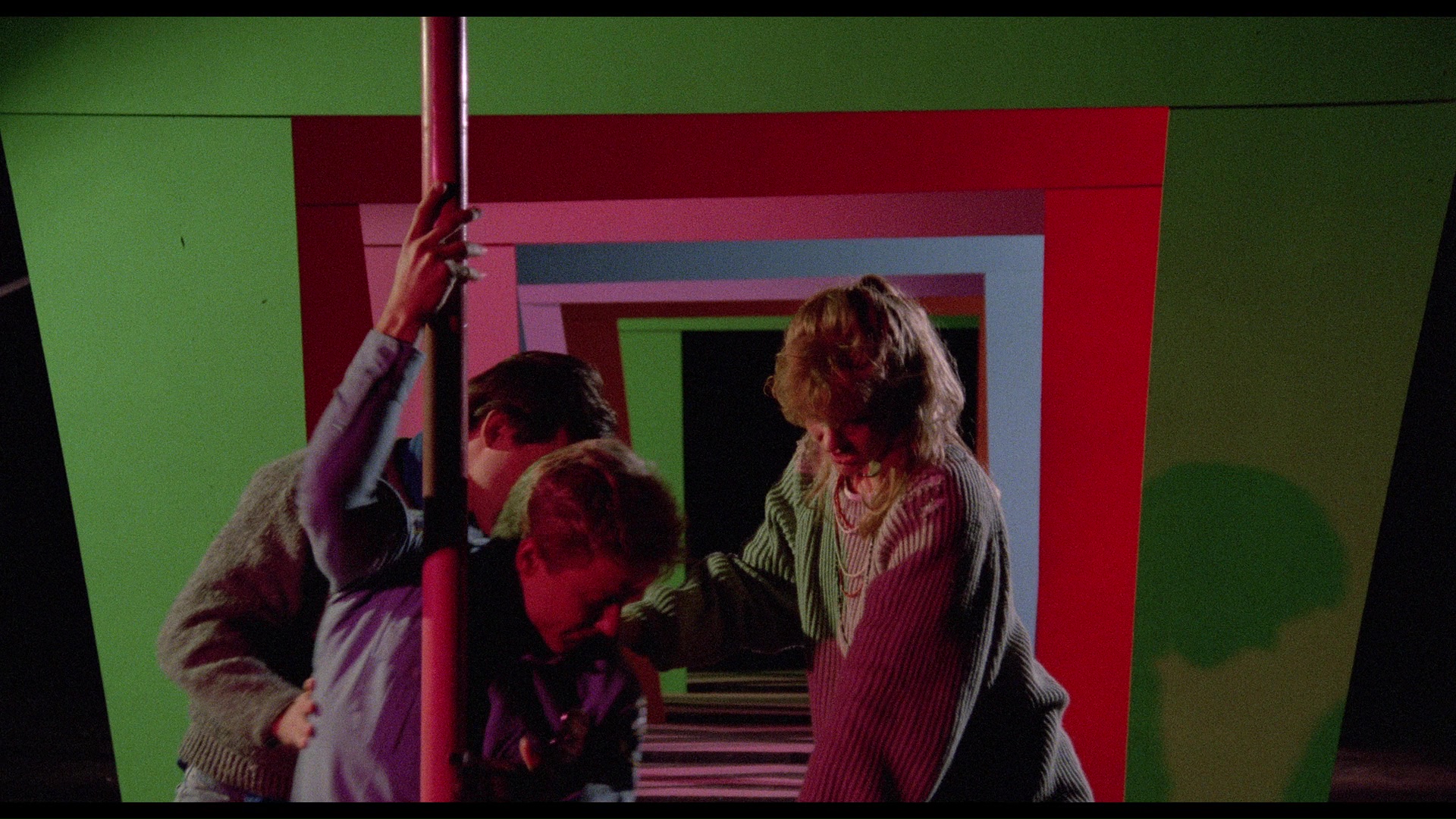 DTS-HD MA 5.1 and stereo options with optional English subtitles. The transfer thankfully restores the original Trans World logo at the beginning and improves across the board, adding more image info on all four sides and increasing detail significantly especially when it comes to the textures of hair, clothing, and skin. The color palette is very similar and frequently identical, though whites are more subtly balanced and even throughout and the compression is more efficiently handled. (Frame grabs seen in the body of this review are from the 2018 Arrow, with comparison ones below.)

The original commentary is ported over along with (in the "Killer Interviews" section) all of the featurettes from the earlier MGM and Arrow editions apart from "Earliest Films," which is replaced here with all of those silent Super 8 and standard 8mm films and more in their entirety as 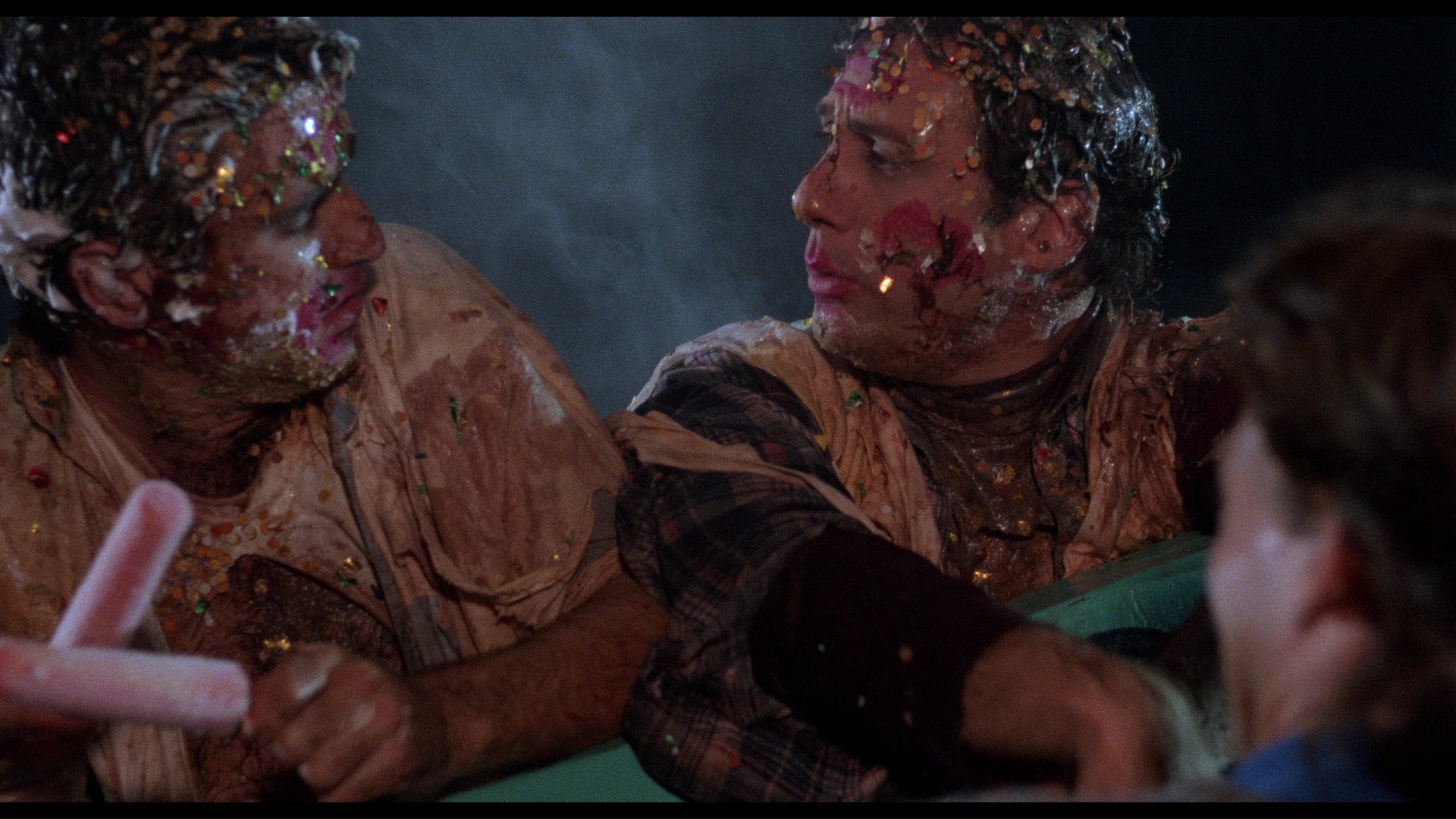 separate extras: 1967's Harryhausen-inspired "Land of Terror" (7m38s), 1968's suburban monster tale "Beast from the Egg" (7m26s) with optional commentary, 1970's jungle buddy tale "Africa Danny" (16m58s), 1971's "Eskimo" (7m3s), 1972's giant crab gumbo "Sludge Grubs" (6m54s), and 1974's dinosaur cereal prize sketch "Free Inside" (12m20s). The bloopers, auditions, trailer, and two deleted scenes are also here in the main extras menu. Dickies fans will rejoice with "Let the Show Begin" (10m38s), featuring original band members Leonard Graves Phillips and Stan Lee chatting about the musical influences on their iconic theme song, their origins as a San Fernando garage band, and the tune's release as a non-punk EP that elicited either love or confusion at the time. They also note that they have a song written for the long-promised sequel, should that ever come to pass. "The Chiodos Walk Among Us" (23m41s) essentially takes an updated, more extensive look at their playful early monster movie creations, including some bits of test footage and character designs never seen before, while "Behind the Screams with the Chiodo Brothers" (29m54s) is a fun, raw VHS reel of production footage from the shoot. Four expanded galleries are tucked in featuring stills, behind-the-scenes production shots, very cool concept art, and storyboards. The reversible sleeve design also features striking new artwork by Sara Deck, which deserves a poster release of its own. 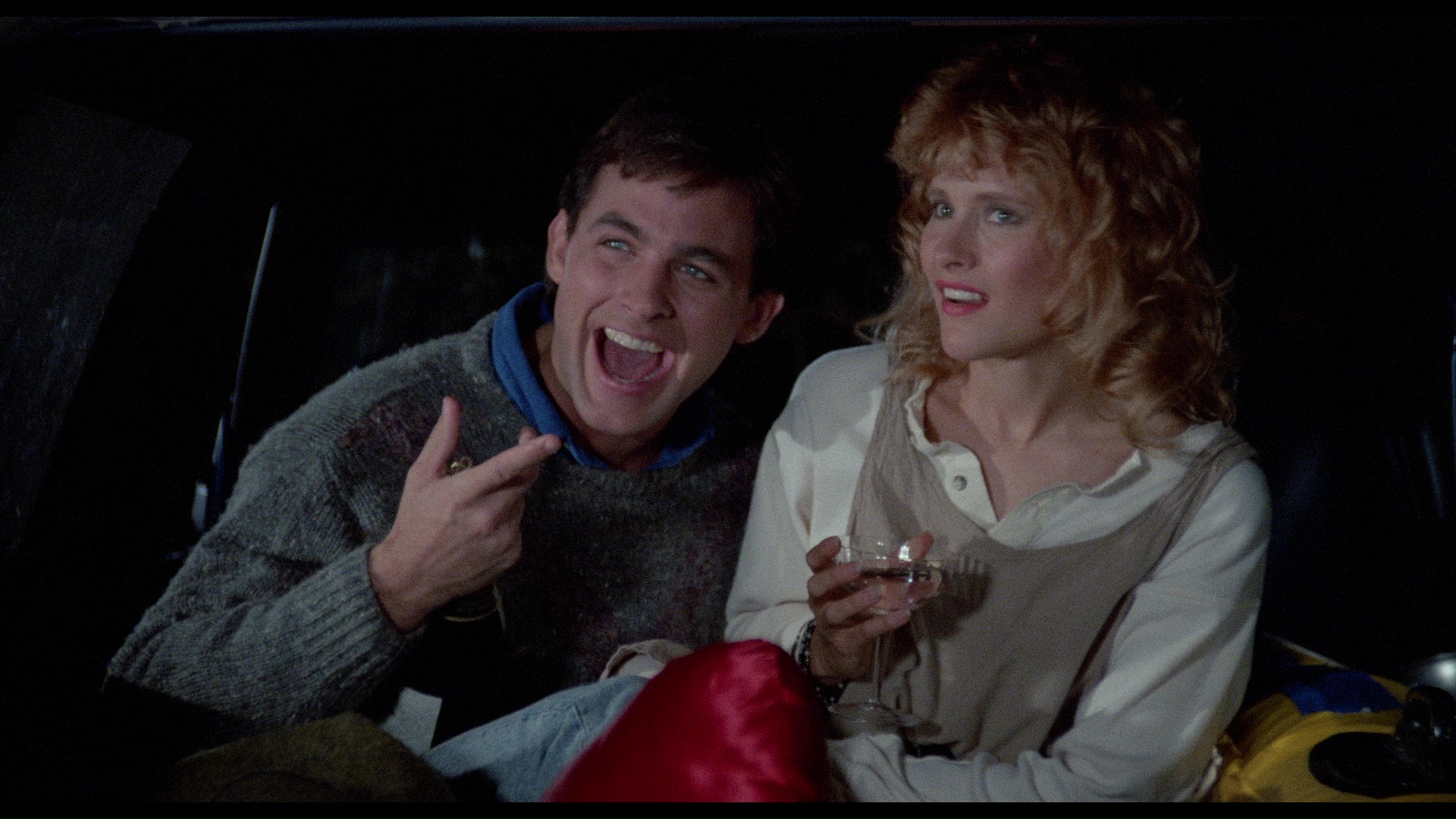 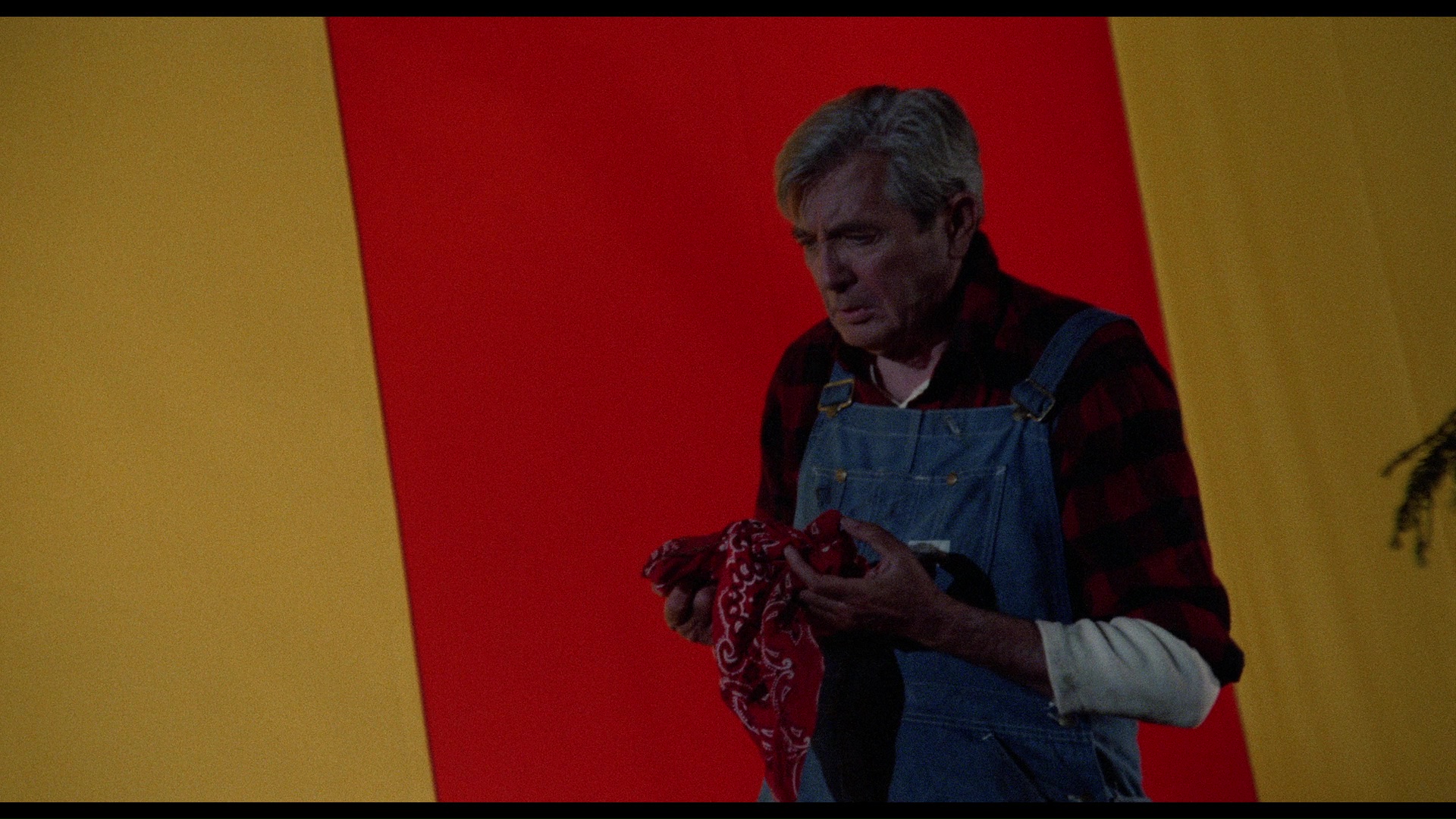 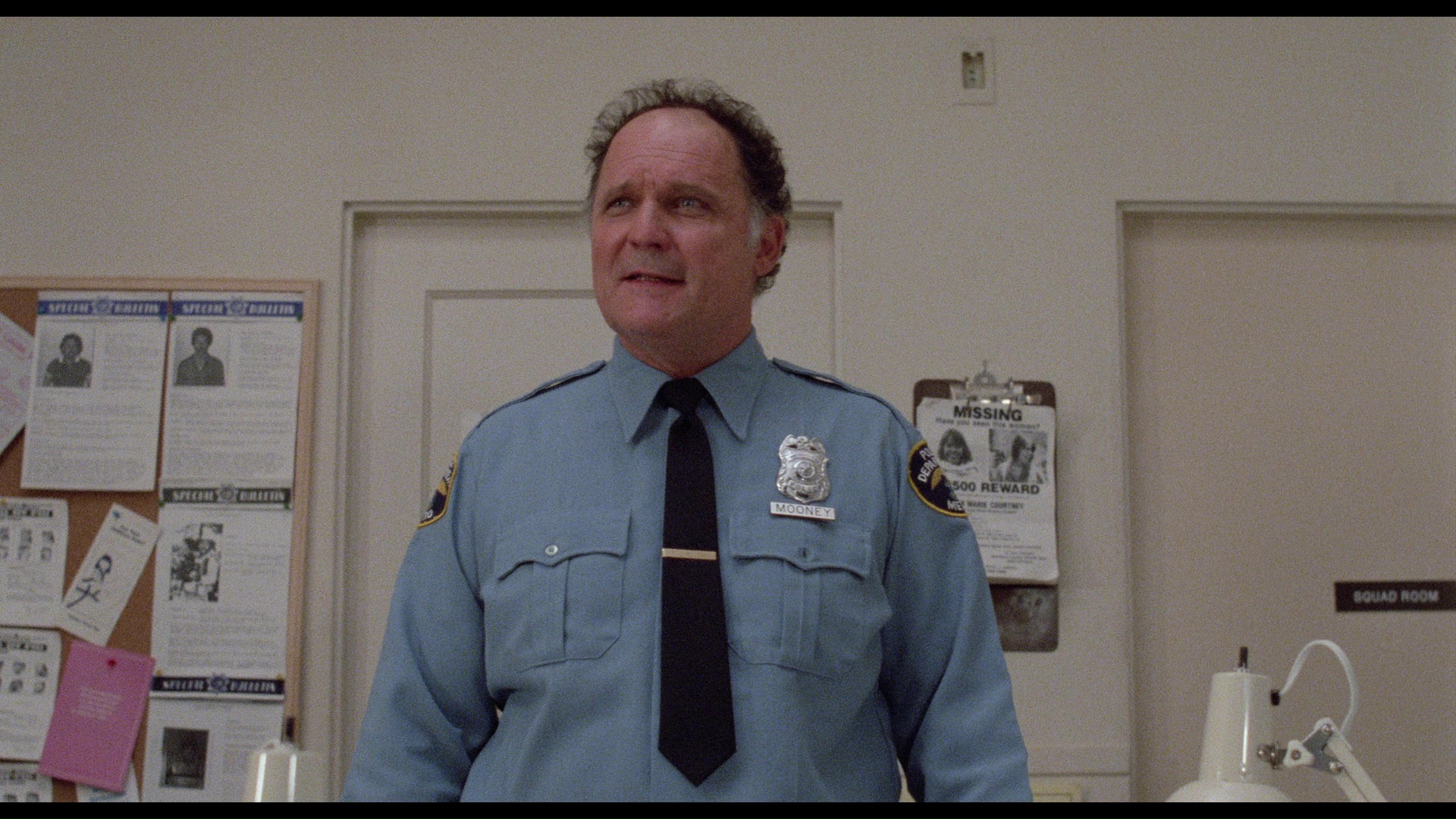 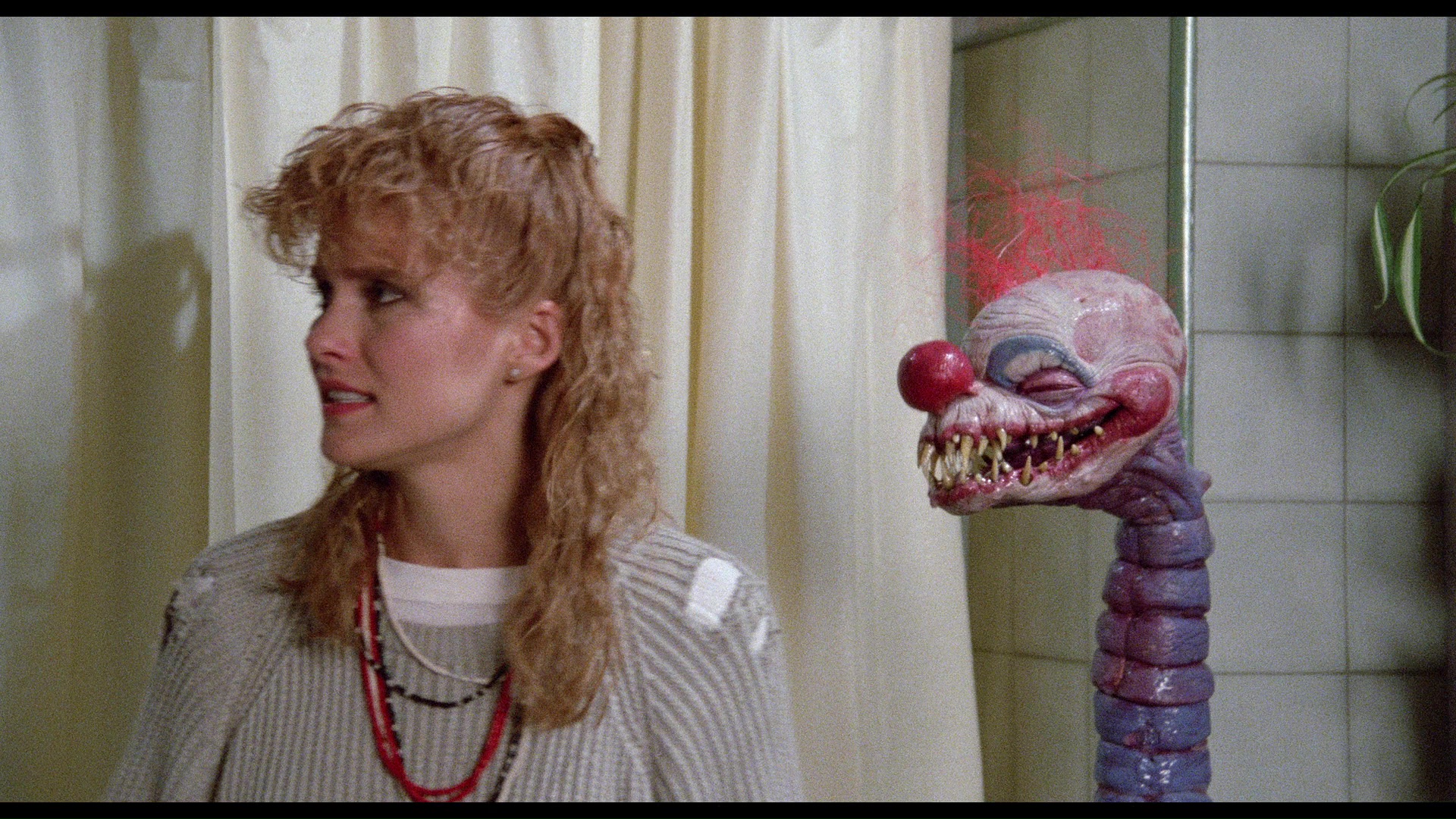 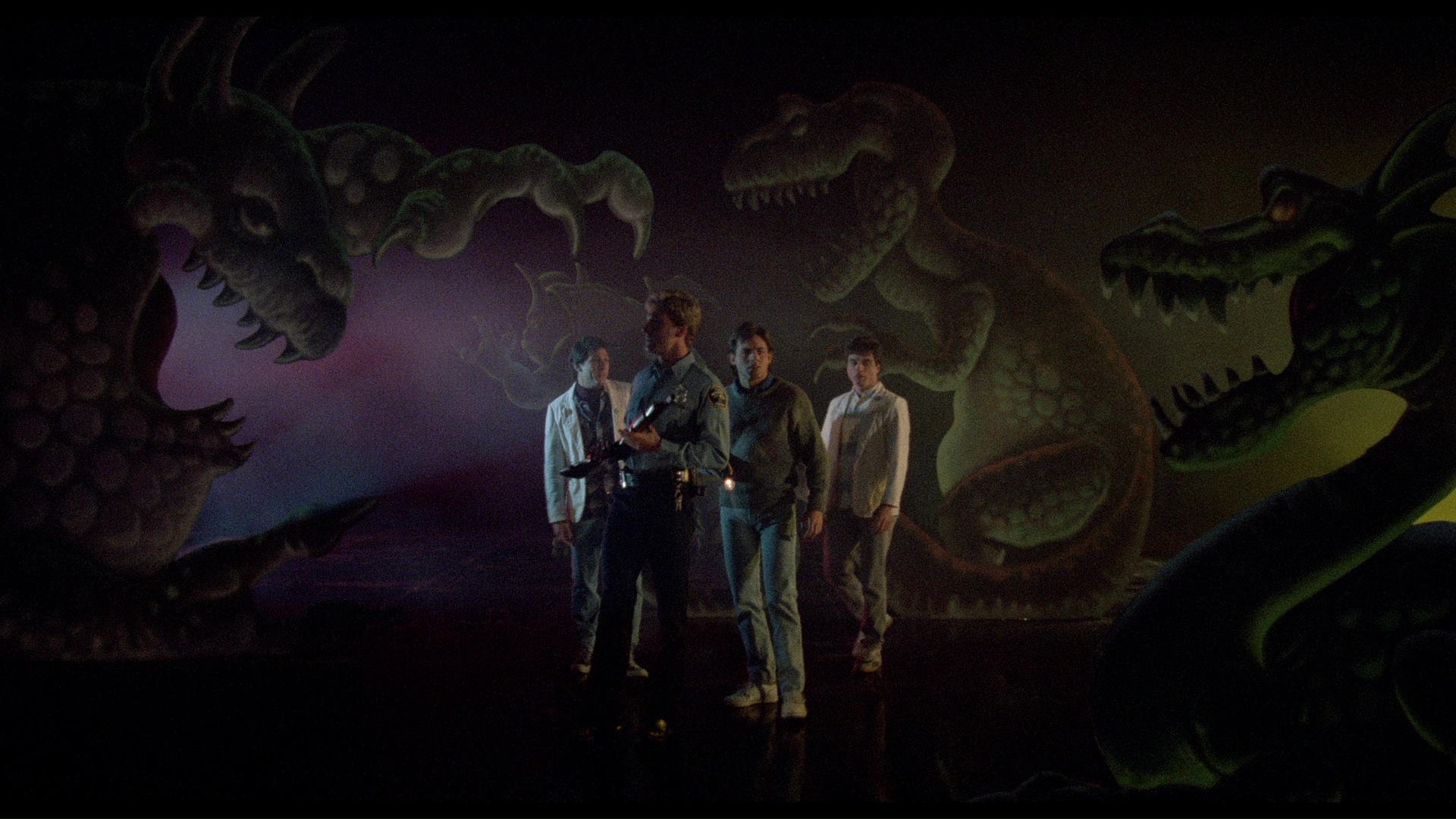 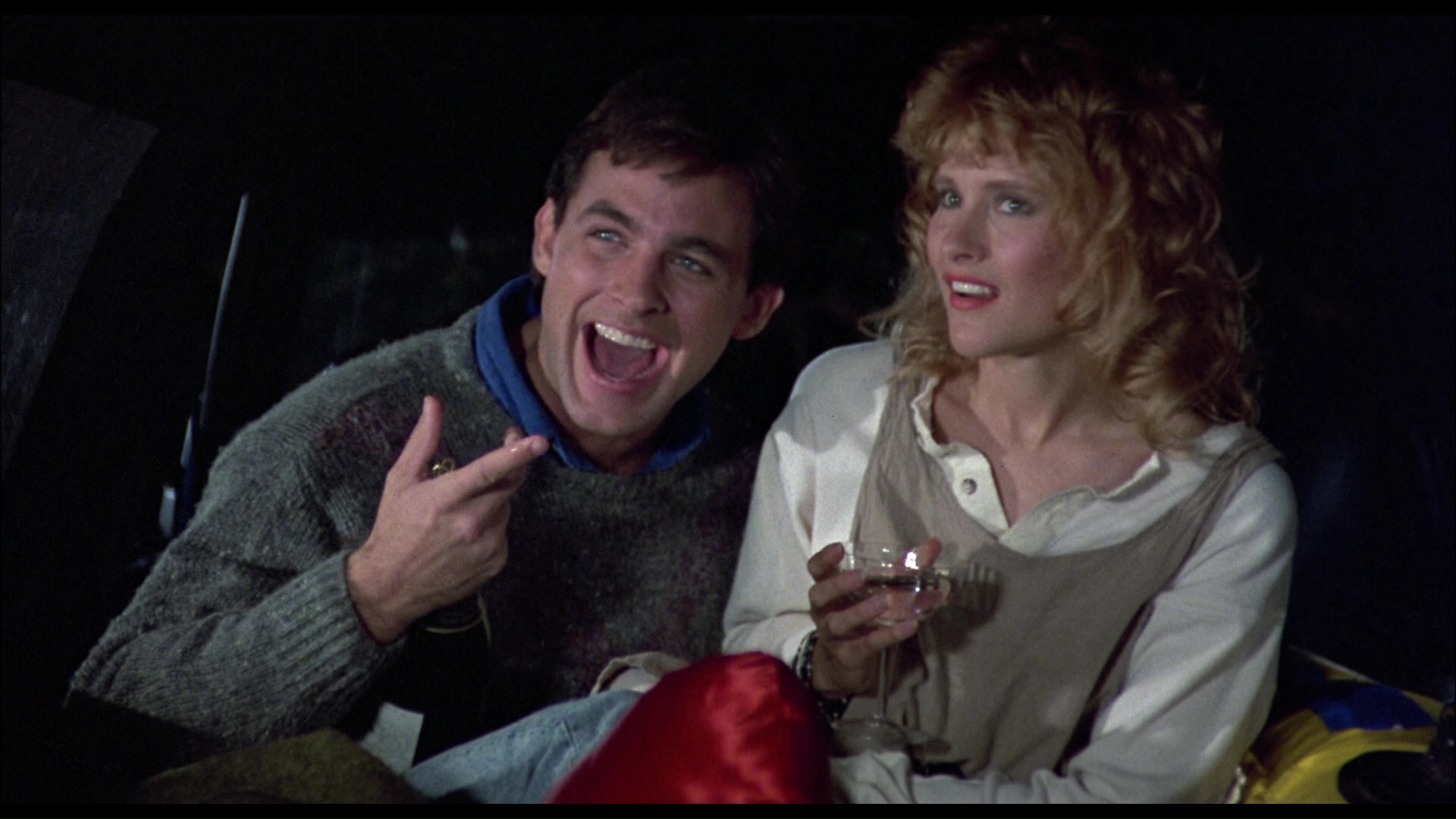 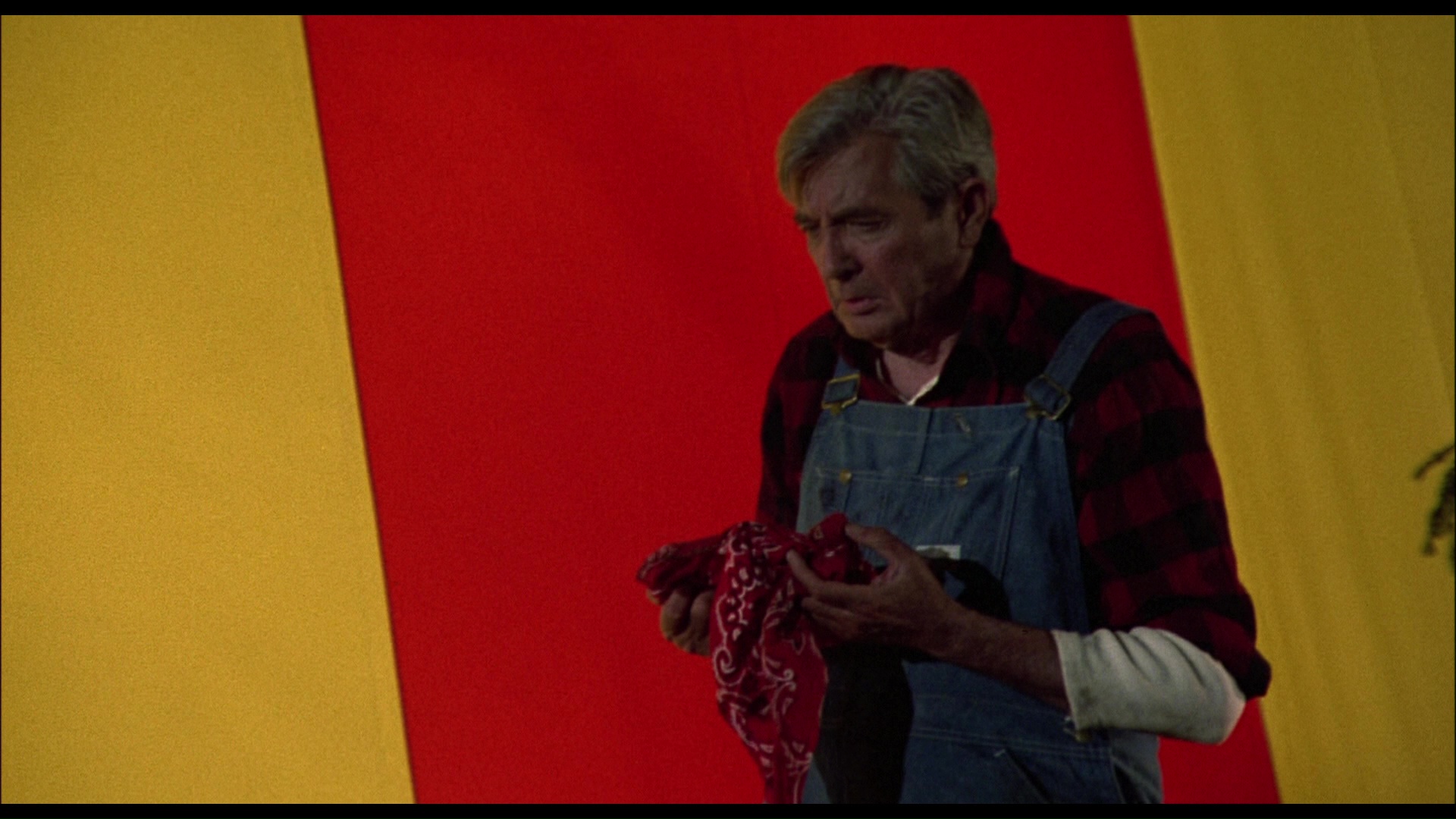 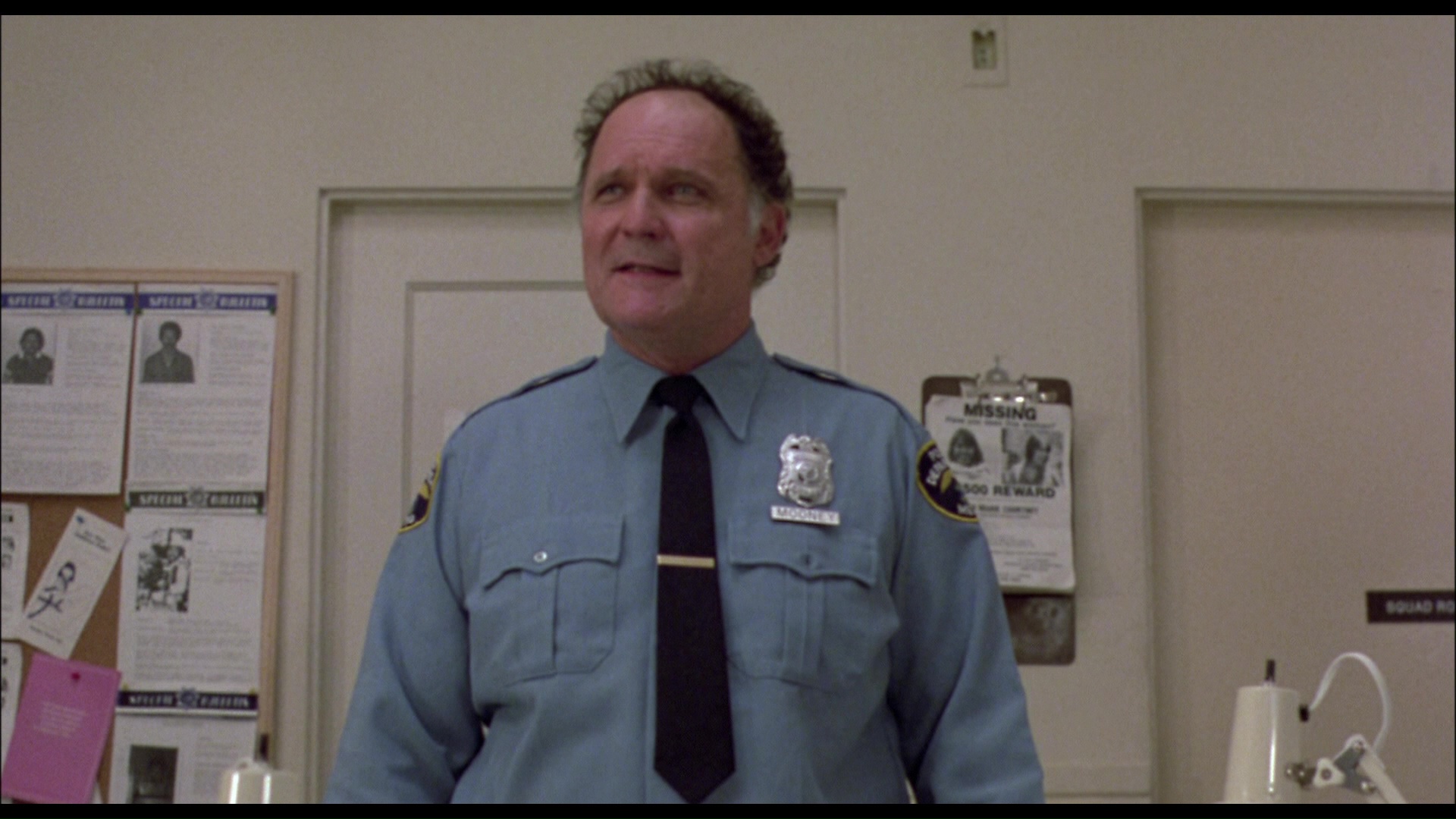 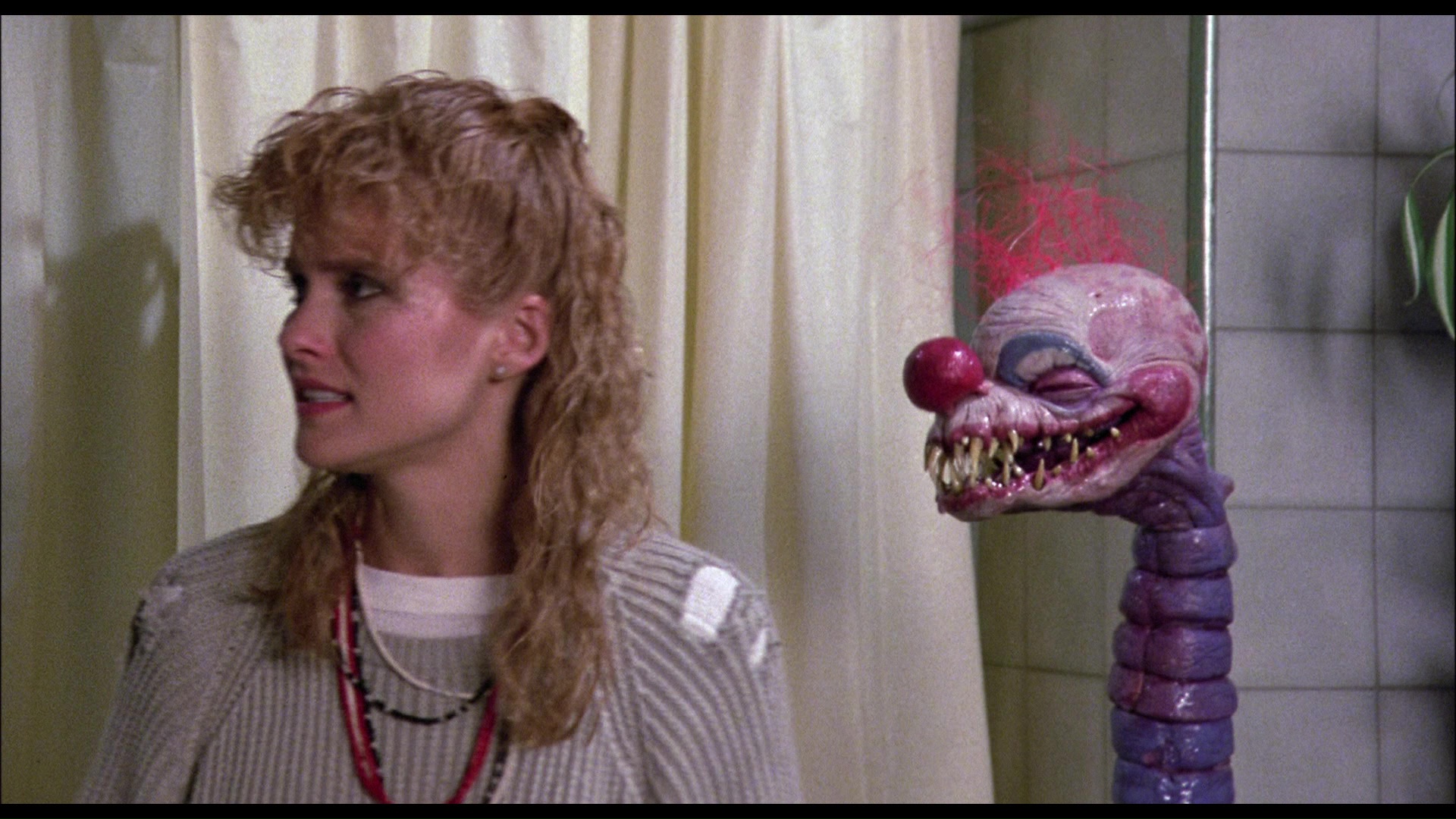 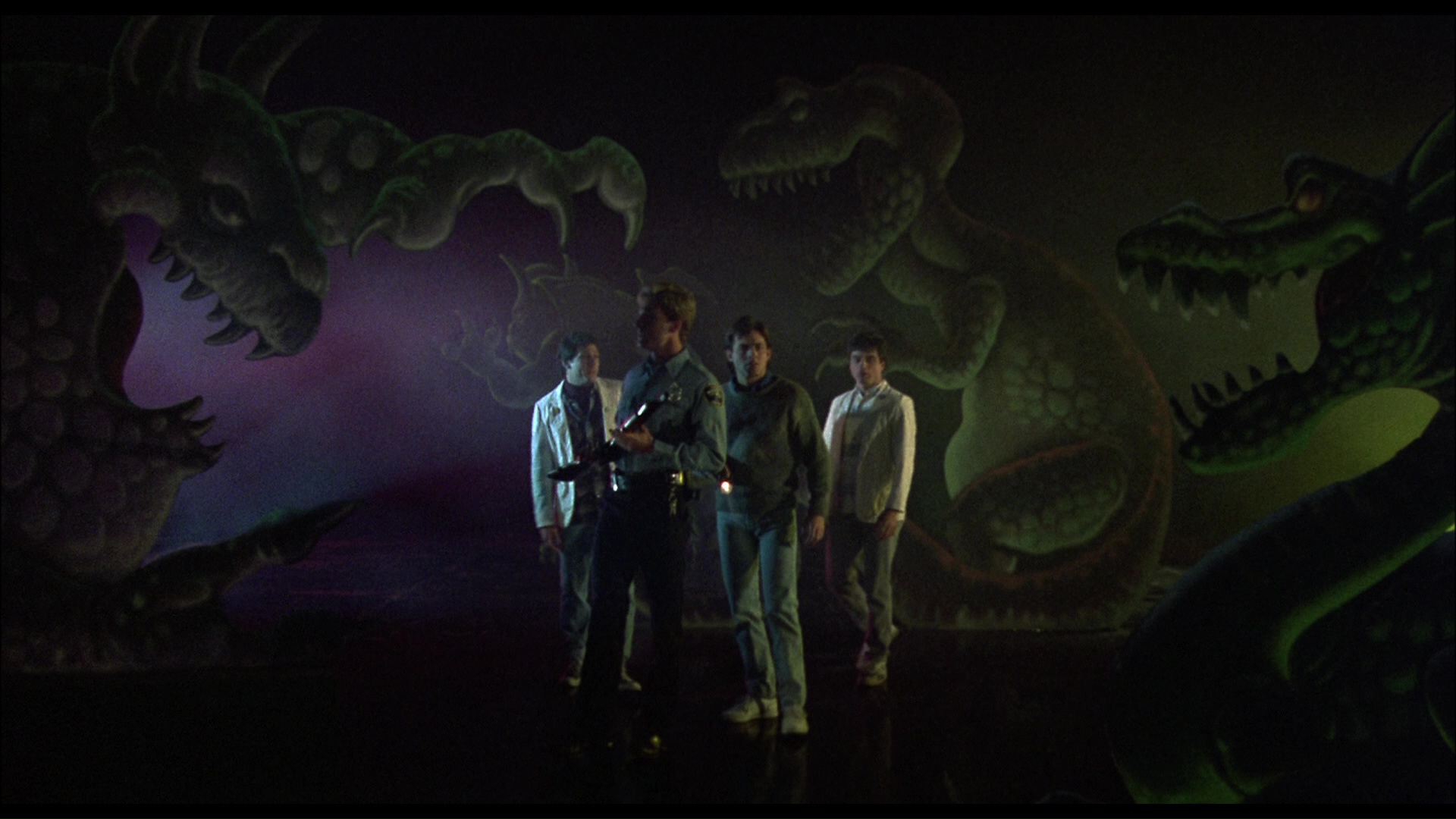