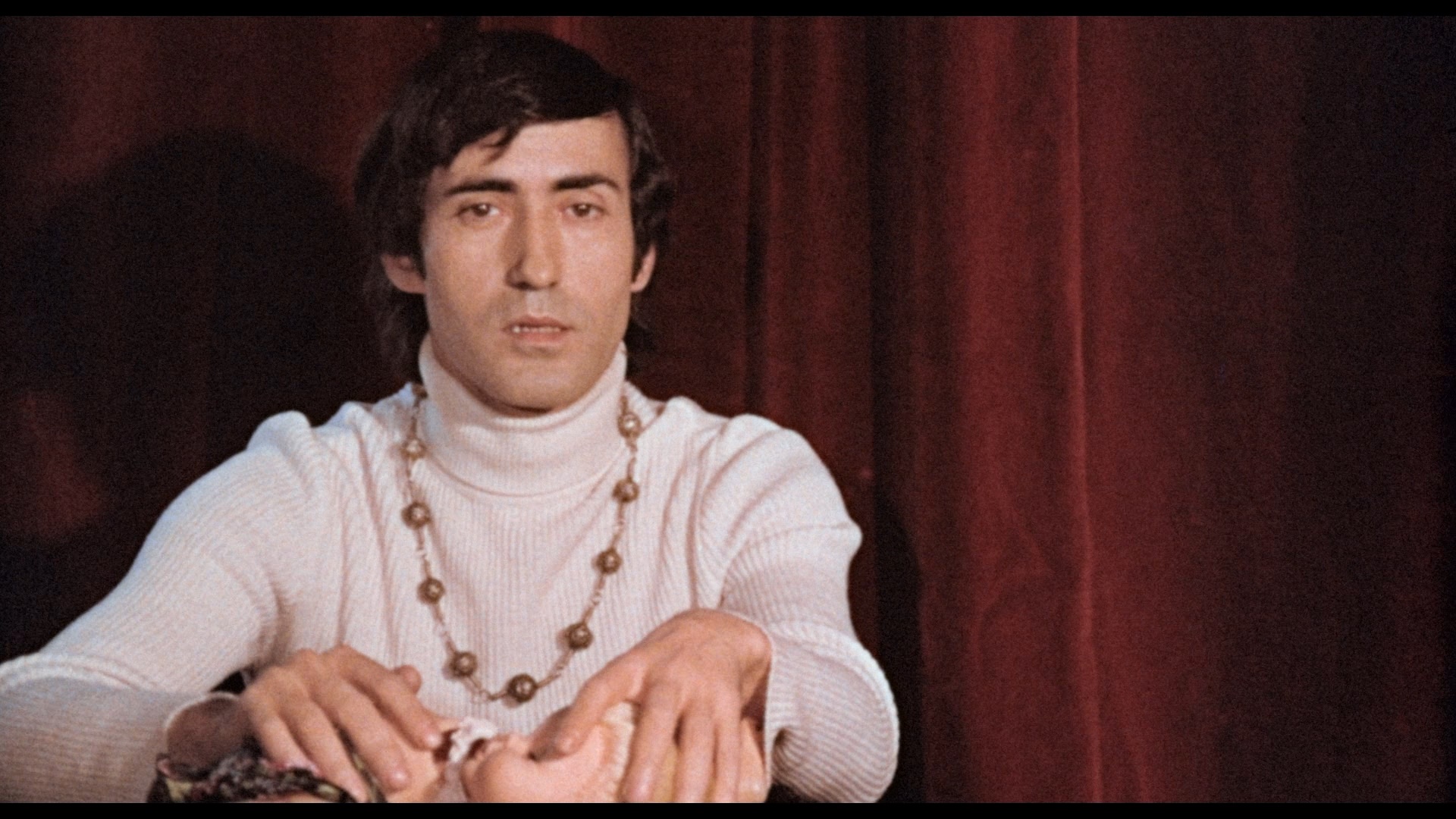 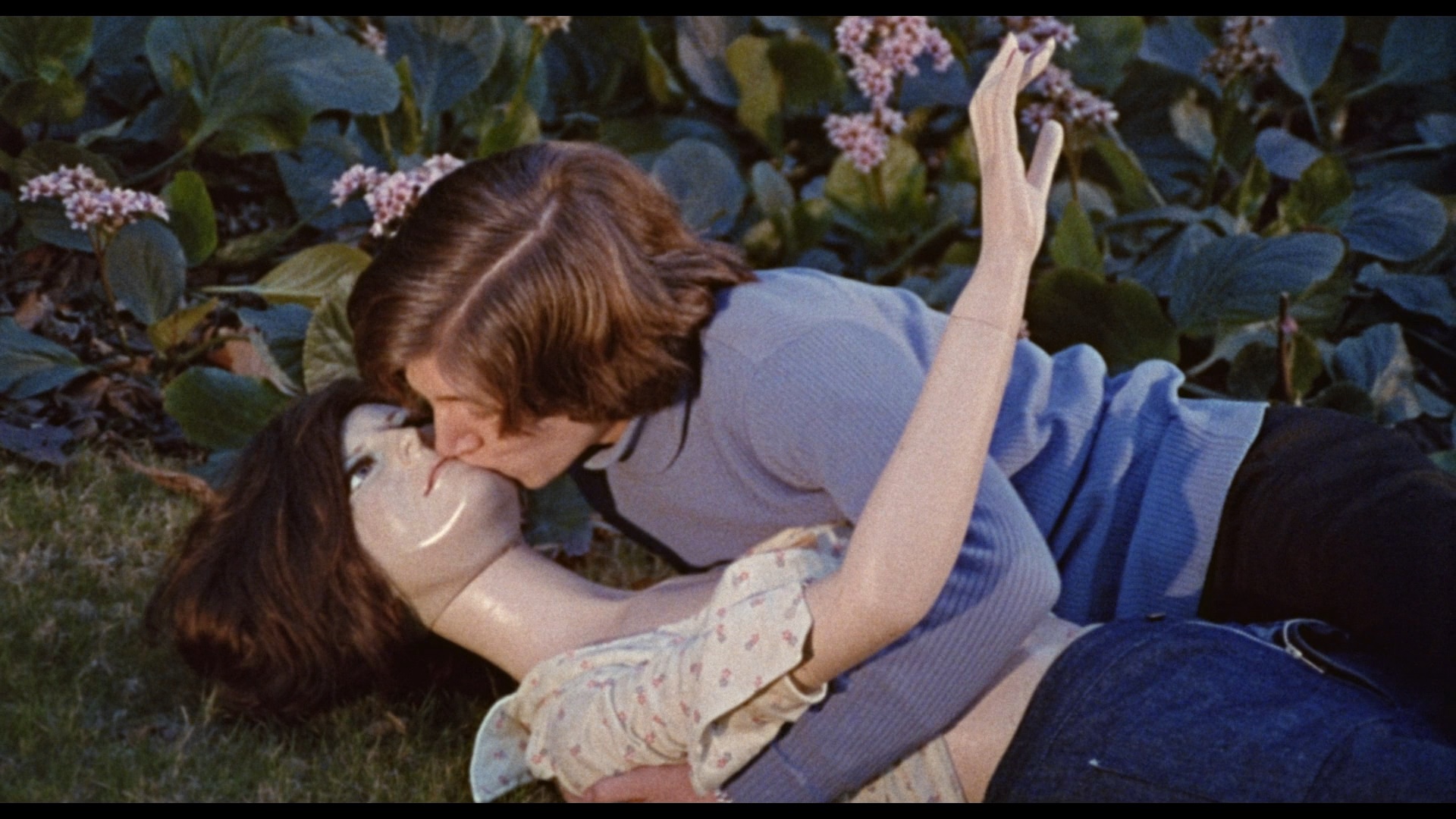 completely doll crazy with his undervalued giallo Spasmo, Spain offered its own psychosexual take on a similar idea with this eccentric and wildly fascinating second feature from director Miguel Madrid (under his “Michael Skaife” pseudonym). Closer in spirit to the art-horror attitude of Cannibal Man than the Paul Naschy antics usually associated with Spanish genre films, The Killer of Dolls (or El asesino de muñecas) is definitely one that will stick with you.

At a sunny family estate owned by the Countess Olivia (Liné), something diseased is festering in the psyche of Paul (Rocha), a young man so traumatized by the death of his sister that he deflects his grief into any mannequins or dolls in sight. Paul’s med school plans got derailed, so now he’s staying at the house while his father works as a groundskeeper. The Countess’ daughter, Audrey (de Santis), starts to take a romantic interest in Paul, but things take a sinister turn when a masked killer keeps bumping off people in the vicinity and nightmares start to intrude violently into reality.

Though it barely even tries to be a murder mystery, this is one cracked little rollercoaster ride as we begin with Madrid himself doing his best William Castle impression by introducing the film and mangling a doll for your viewing enjoyment. Though he didn’t have much of a leading man career, Rocha is well cast here in another quirky spin on Anthony Perkins’ Norman Bates routine; adding to the strangeness, Madrid tends to linger far more on Rocha’s nudity here than the female cast members and provides some vivid depictions of his bathing 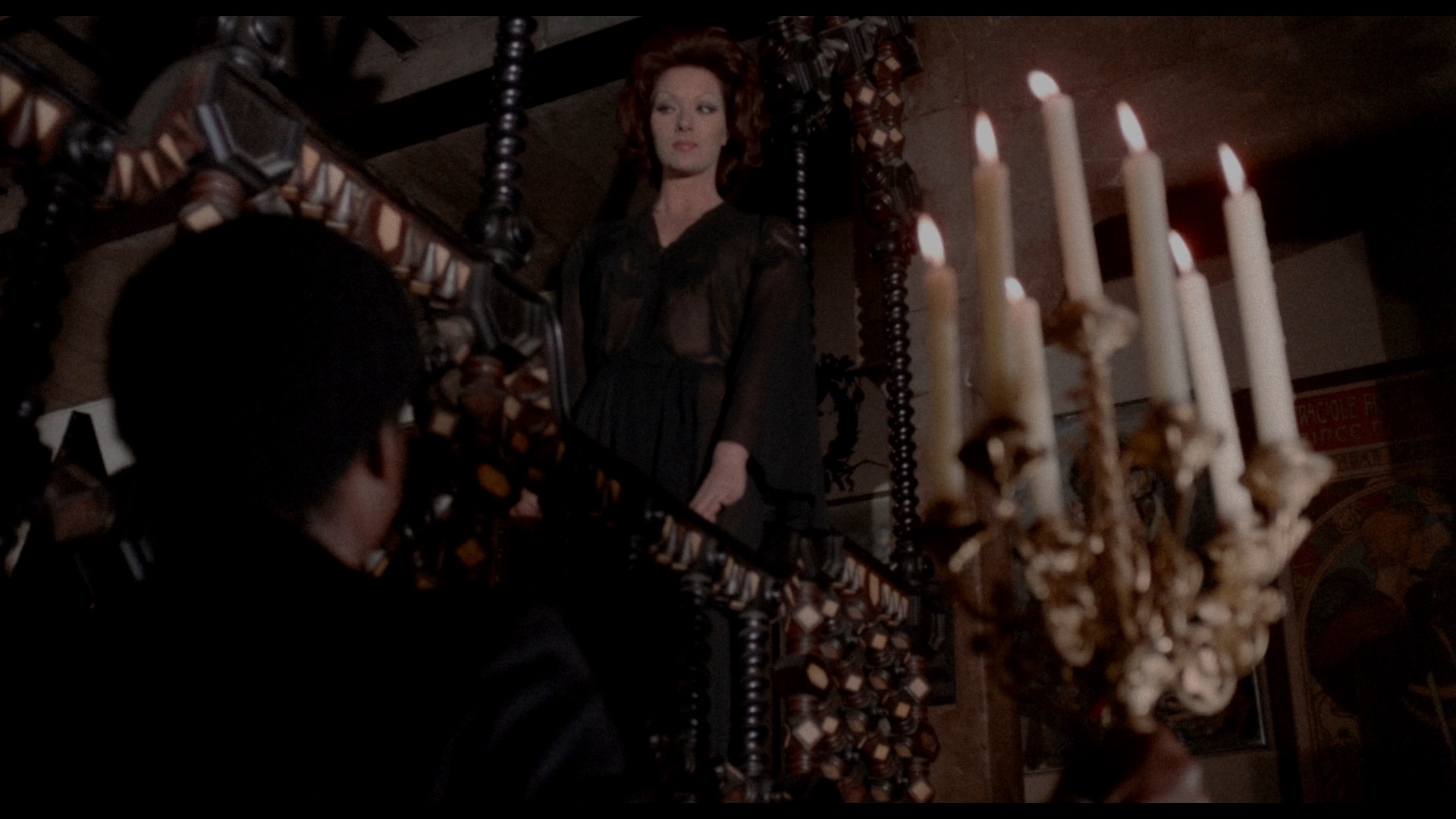 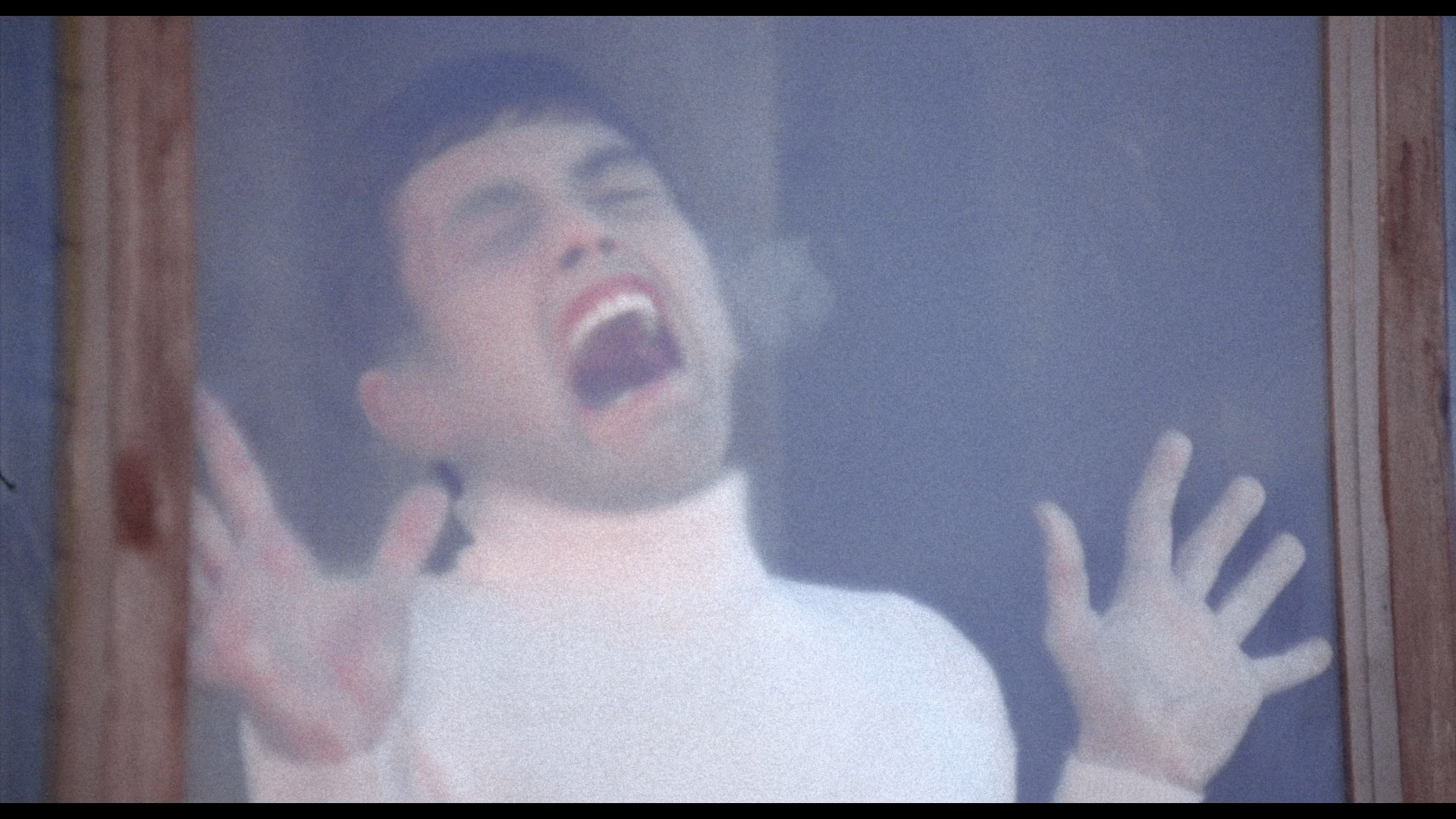 is nicely handled here as well with plentiful splashes of blood where it counts including some jolting hallucination scenes, and the gorgeous countryside settings around Barcelona make for a nice counterpoint to the sordid nature of the story itself. Definitely not to be overlooked is the outstanding music score by Alfonso Santisteban, which will be pure catnip for fans of ‘70s Italian film score thanks to its similar funky, spooky style.

Initially released on DVD in a very underwhelming flat letterboxed edition from Filmax in Spain, The Killer of Dolls gets a very welcome upgrade on Blu-ray from Mondo Macabro (including a limited red case edition featuring liner notes by Ismael Fernandez, but otherwise it’s identical to the standard retail version). The transfer is touted as a new 4K restoration from the original negative and comes with a disclaimer at the beginning about the less than ideal storage conditions over the years, the presentation here is such a huge improvement that it’s tough to quibble. Colors look excellent, the film grain has been left intact, and apart from a bit of damage and one minor SD insert, it’s in very good shape. The DTS-HD MA Spanish mono track also sounds very solid and comes with optional, newly created English subtitles. 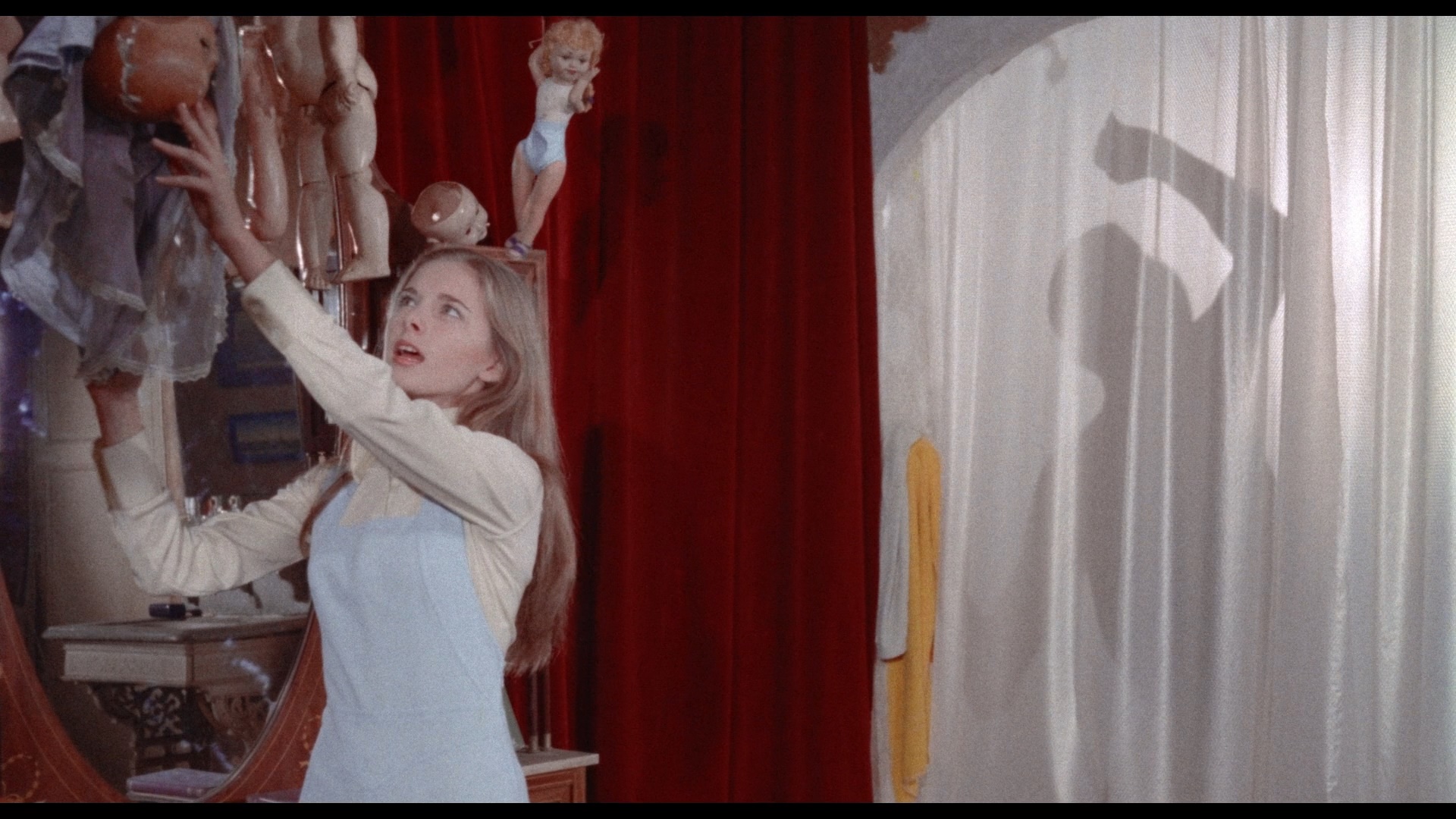 The film is also outfitted with no less than two new audio commentaries, the first featuring Kat Ellinger in another valuable dive into the Spanish horror 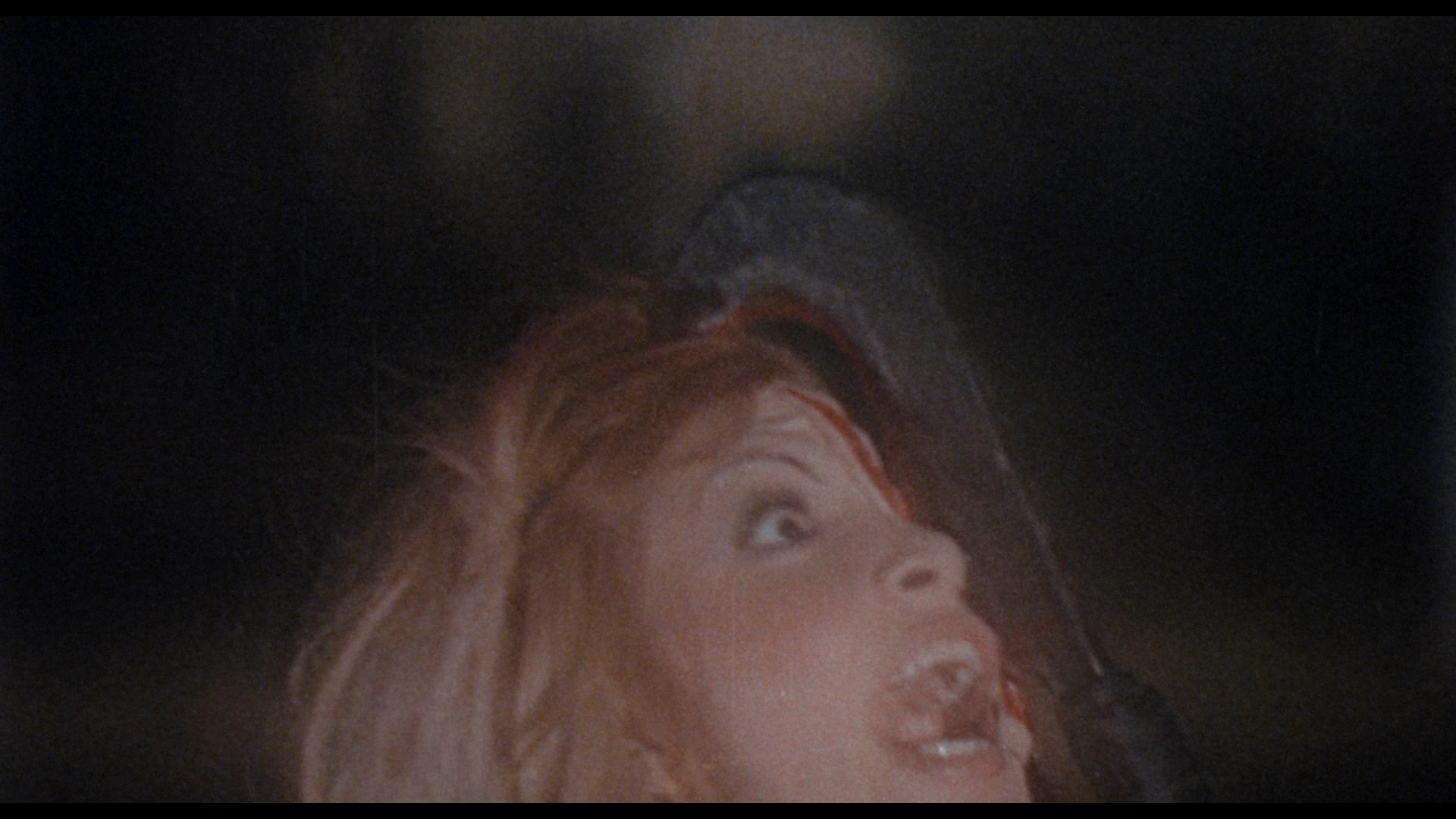 pool as she covers the voyeuristic aspects of the film and its portrayal of unorthodox sexuality, the male psychology at play, the Spanish adoption of giallo conventions in this and other films of the period, some dashes of Gothic flavor peering through at times, and the joys of random musical numbers. The second track with Robert Monell and Rodney Barnet is also adept and surprisingly doesn’t overlap very much (apart from both obviously going into Madrid’s work within and outside of cinema) as they chew on mid-‘70s Spanish horror cinema and really dissect Rocha’s unusual and fascinating presence that really proves to be the make or break element of this film. They also go quite a bit into the psychoanalytic approach of the script, the nature of real serial killers' perceptions, and plenty more. Speaking of Rocha, don’t miss his video interview here (24m33s) as he answers the many, many questions you probably have after watching the film including his rapport with his cast members, his earlier roles (including the reason for his name change), the tragic young fate of one of them, the amusing supporting role for his own brother, his involvement in other 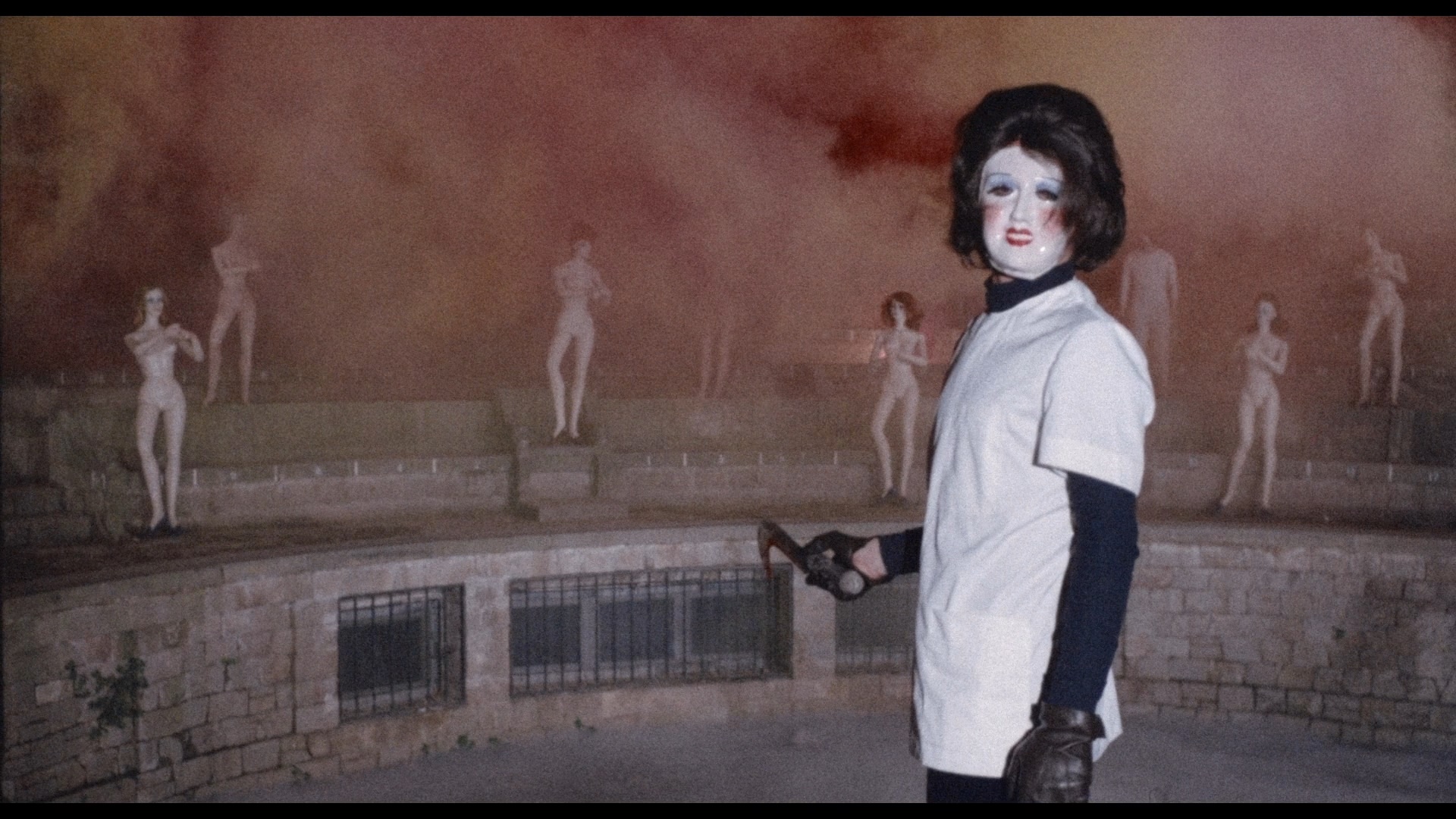 aspects including the editing, the censorship reasons the location for the story was (unconvincingly) given a French identity, and his memories of his director. Finally a new two-part video interview (27m43s and 21m10s) with Dr Antonio Lázaro-Reboll, author of the book Spanish Horror Film, 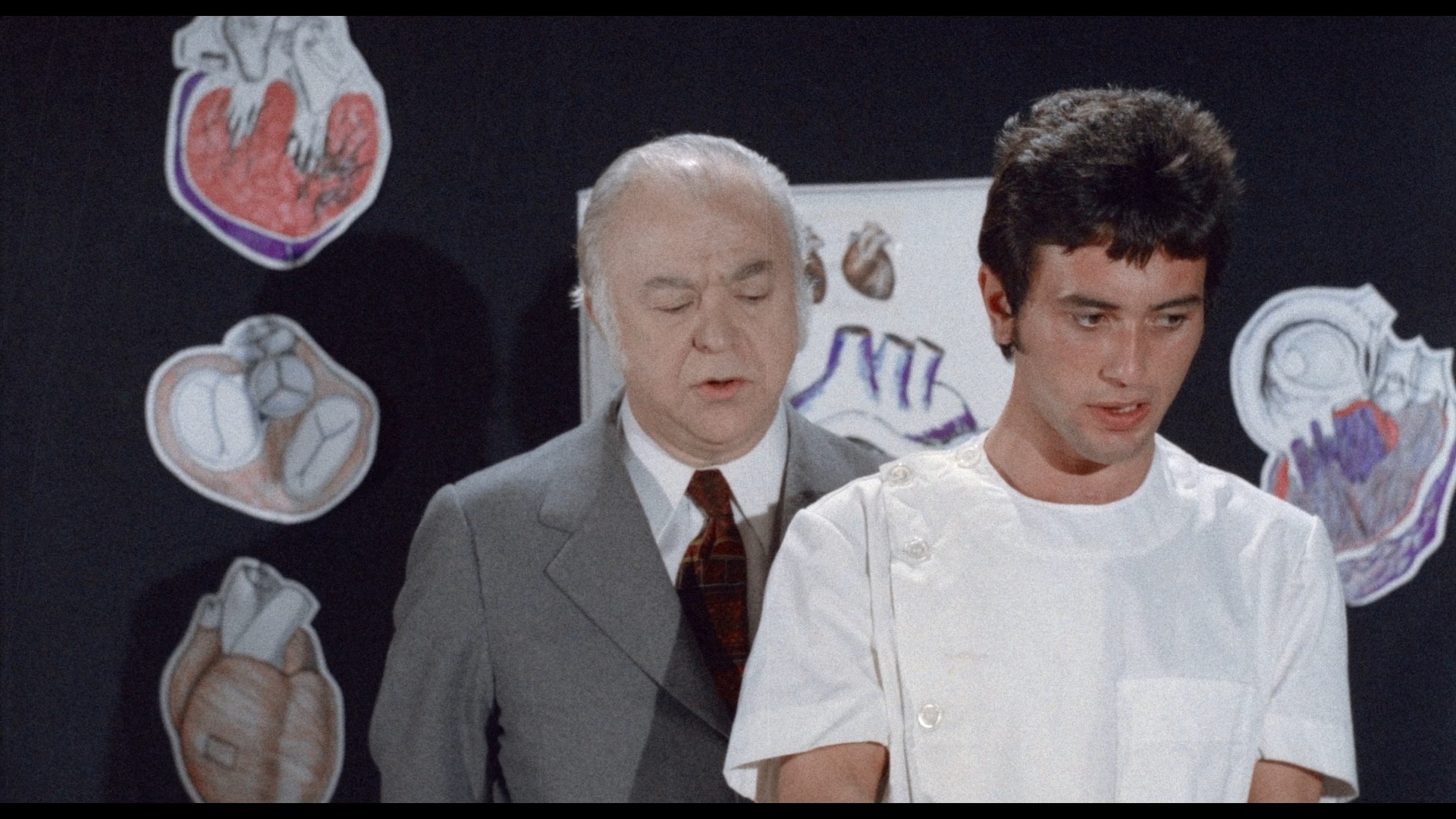 tackles the unique nature of Spanish horror compared to the output of its European neighbors, the long cycle inaugurated by Jess Franco and Naschy, the distinctive aspect of this film compared to the more monster-oriented films that preceded it, the tendency to shoot clothed and unclothed versions of films in the 1970s, the birth of the Sitges Film Festival as a way to boost tourism (and the controversial involvement of Madrid's debut, Necrophagus), and the impact of the collapse of the Franco regime and the Spanish moviegoers’ attitudes compared to the demands of international audiences.