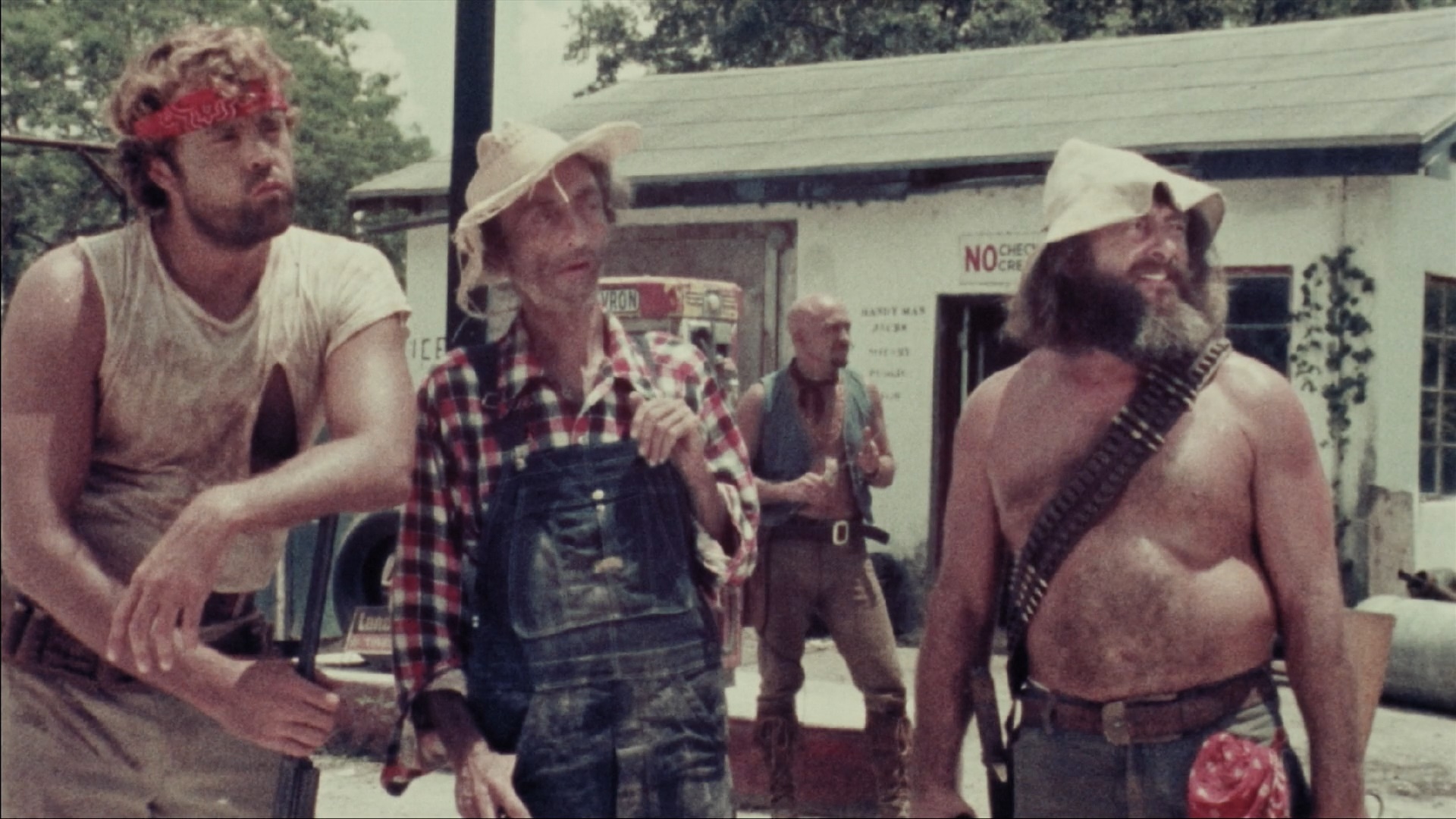 filmed and promoted as The Night Daniel Died to 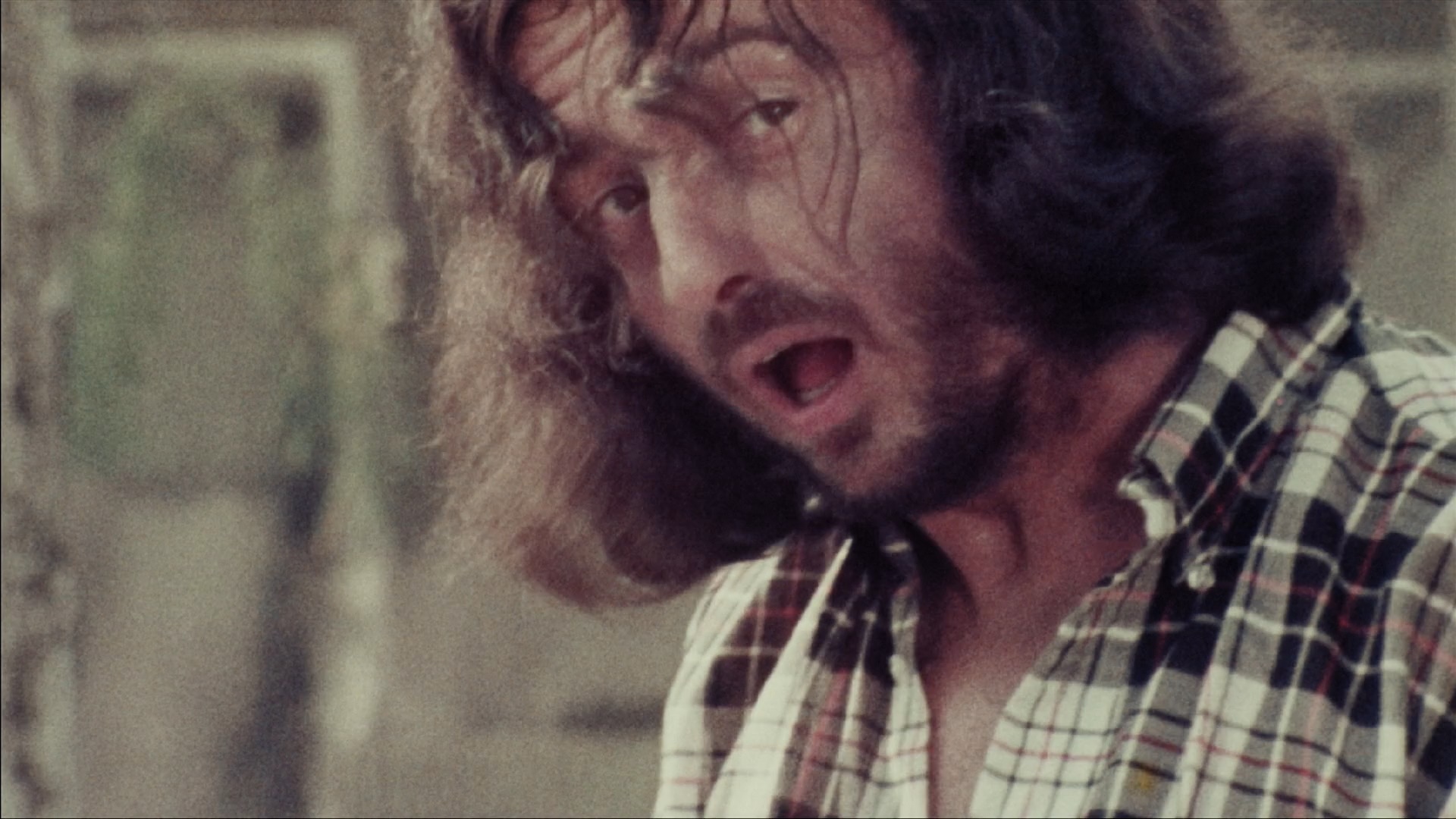 little fanfare, this Fort Lauderdale-shot backwoods shocker remains the only directorial credit for Bigfoot aficionado Robert W. Morgan. Essentially a sunny, bargain basement variation on the Deliverance formula with a monster twist, it was retitled Blood Stalkers (or Bloodstalkers to go by some of the promotional material) and given a very familiar oversized box VHS release from Vidmark back in the mid-'80s. However, that impenetrably dark transfer did the film no favors with long stretches unfolding in almost complete blackness; fortunately that situation has been remedied with a 2019 Blu-ray release from Garagehouse Pictures, which will likely be the first coherent viewing experience for just about everyone.

Heading out to the boonies for a weekend getaway to his cabin, Mike (Attack of the Puppet People's Miller) brings along wife Kim (Crabtree) and another couple, Daniel (Attack of the Puppet People's Miller) and Jeri (Cole). However, their arrival is greeted with warnings about steering clear of the area because it's now "bloodstalker country." They decide to head on despite the presence of a trio of sinister yokels hanging around and end up at the cabin, where they're unsettled by strange noises and a skulking figure hanging around the premises. When an assailant seemingly covered in black fur finally strikes that night after a skinny-dipping session, it appears the warnings about mythical creatures were true... but there may be more here than meets the eye. 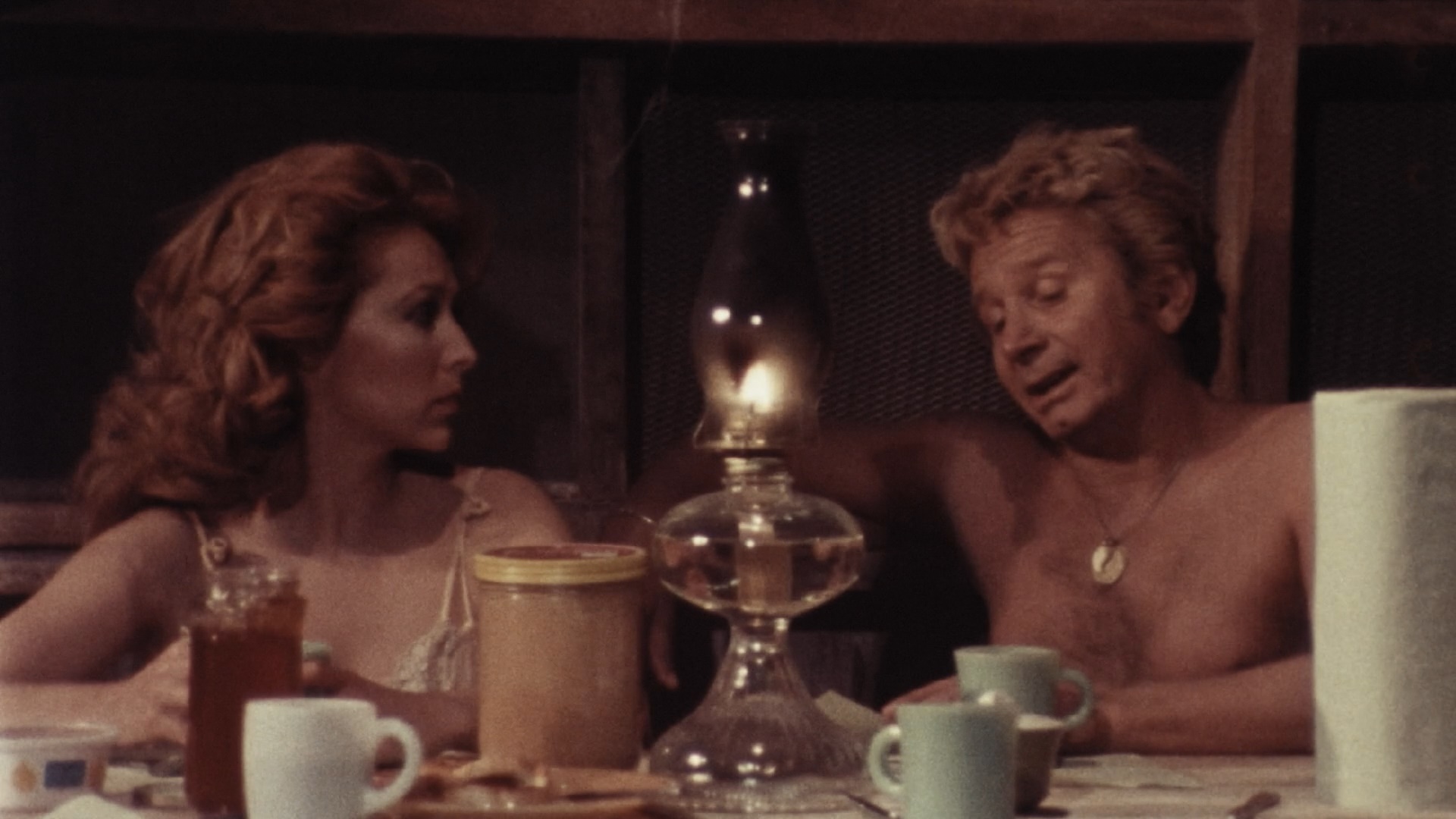 Fans of Floridian horror films will get a particular kick out of this one as it has that same bright, cockeyed atmosphere found in the films of William Grefé like Death Curse of 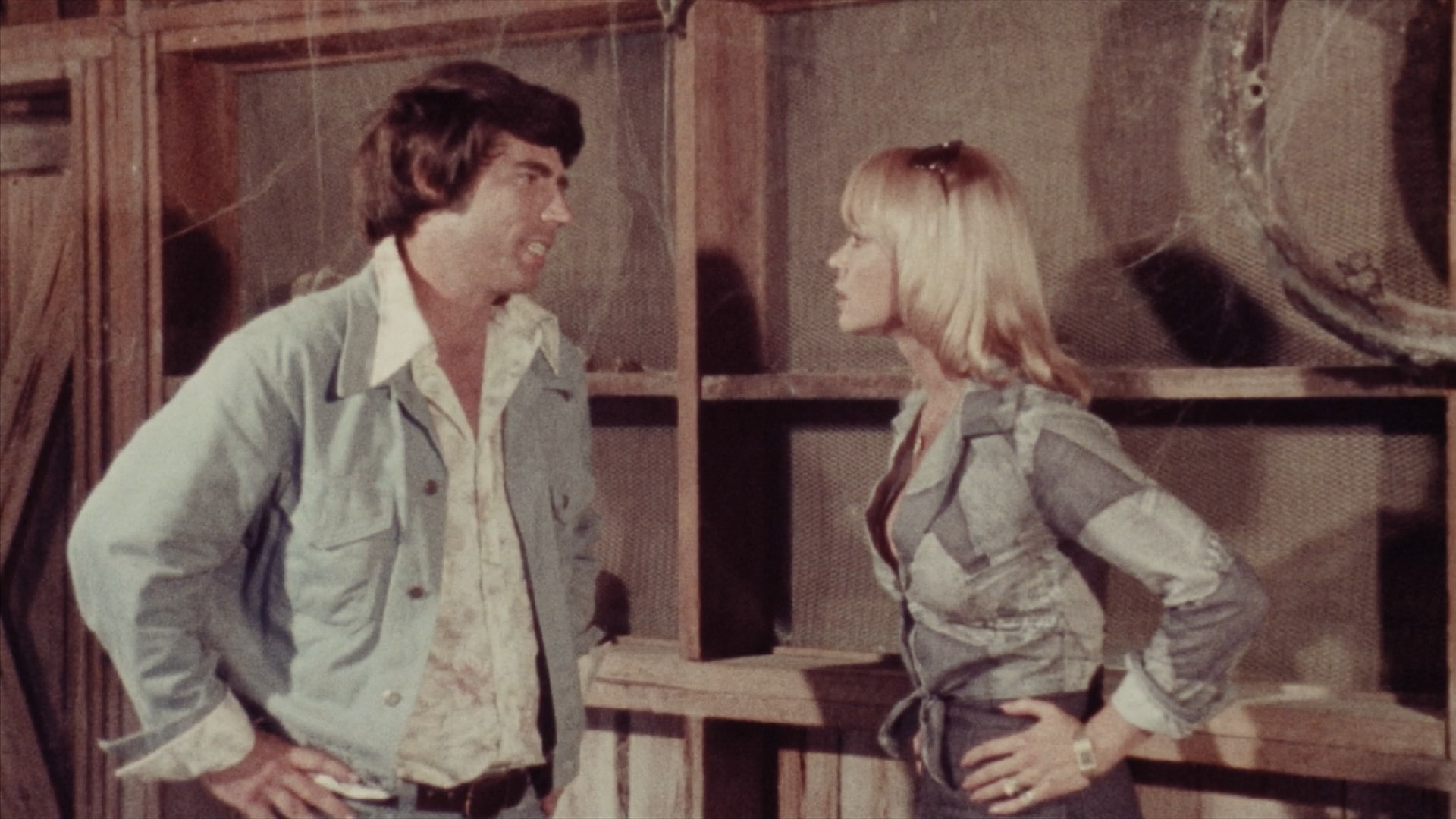 Tartu, and it shouldn't be much of a surprise that Morgan and some of the other participants here also worked on Grefé's Mako: The Jaws of Death just before this film. It's a fairly slow burn in the opening stretch as we get lots of chit chat with the couple and ominous warnings, but the film works up some solid atmosphere and climaxes with a lively, gore-spattered finale complete with axings and some highly unexpected editing choices.

As mentioned above, this one has had a very sketchy home video history prior to the Garagehouse edition including a very dubious DVD release from Retromedia packaged as part of a Morella's Blood Vision set (along with I Eat Your Skin and Blood Seekers), featuring a cruddy flat 1.85:1 transfer best avoided entirely; that same disc was later repurposed in a three-disc Mad Monster Rally set. The Blu-ray has been culled from a fresh scan of what are apparently the best surviving 35mm print elements, which display some obvious fading (especially the first reel) and minor damage but play well enough. It's definitely brighter and much more detailed than any of its predecessors, so this is easily the best way to watch this one to date. The 1.78:1 framing looks a bit tight at times but likely comes close enough to the 1.85:1 presentation folks would have seen during its theatrical run (most widely on the drive-in circuit around 1979). The DTS-HD MA English mono track is also at the mercy of the original source but sounds fine for a vintage print. The film is preceded by a quick video 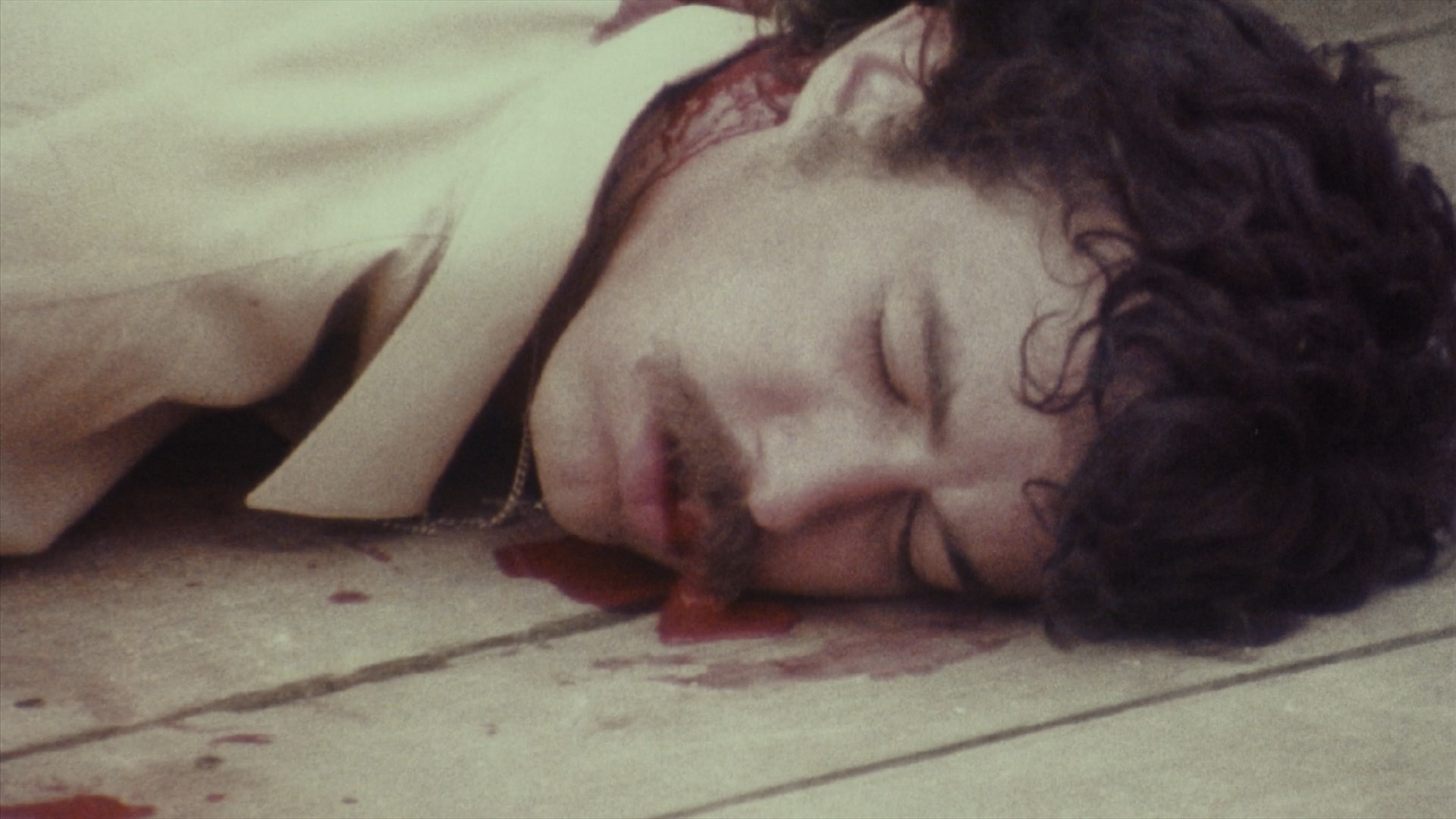 intro (1m14s) by Morgan about how he had to step in as one of the baddies when the original actor got arrested for drunk driving. A new audio 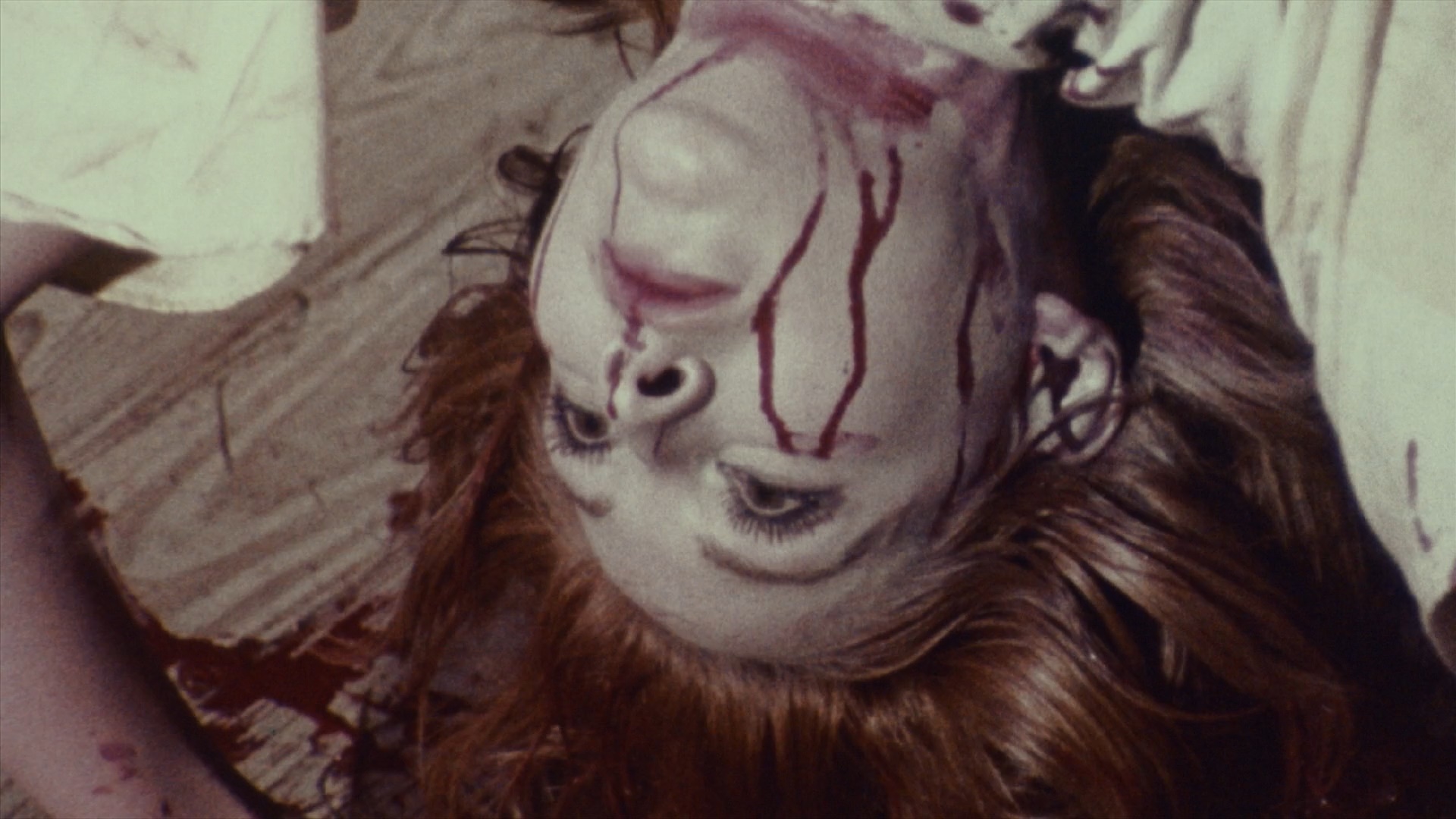 commentary with Morgan in conversation with Jeff Stephan would've probably fared better as a standalone audio interview since there's really only about ten minutes' worth of material here, spread over the course of the film with very, very long gaps in between. There's some good material though including thoughts on a sequel and some surprising notes about the soundtrack as well as his memories of Grefé. "Blood Stalkers Revisited" (4m3s) from Exhumed Films' 2017 screening with Morgan in attendance features the filmmaker chatting about his memories of the film's initial screenings and reacting to the film unspooling in front of the crowd, with a bit of audience reaction thrown in as well. A video interview with Morgan (19m10s), also from '17 on what may be the same evening, is easily the best extra here as he chats about his fascinating life history that goes way beyond the movie world including the origin of his Bigfoot fascination, his first trip to Beverly Hills involving Boris Karloff, his time in Russia, some craziness involving mafia surveillance and the Vatican, and tons more. Also included are the original animated opening for The Night Daniel Died (which is much cooler than the sloppy insert card on the main feature), the theatrical trailer (also as Daniel), a gallery of stills and promotional material (including some great behind-the-scenes shots), and a screenplay for Morgan's unproduced The Mansion of Terror. As usual the disc rounds out with a selection of bonus Garagehouse trailers (Foes, The Intruder, The Dismembered, The Satanist, Trailer Trauma, and Ninja Busters).