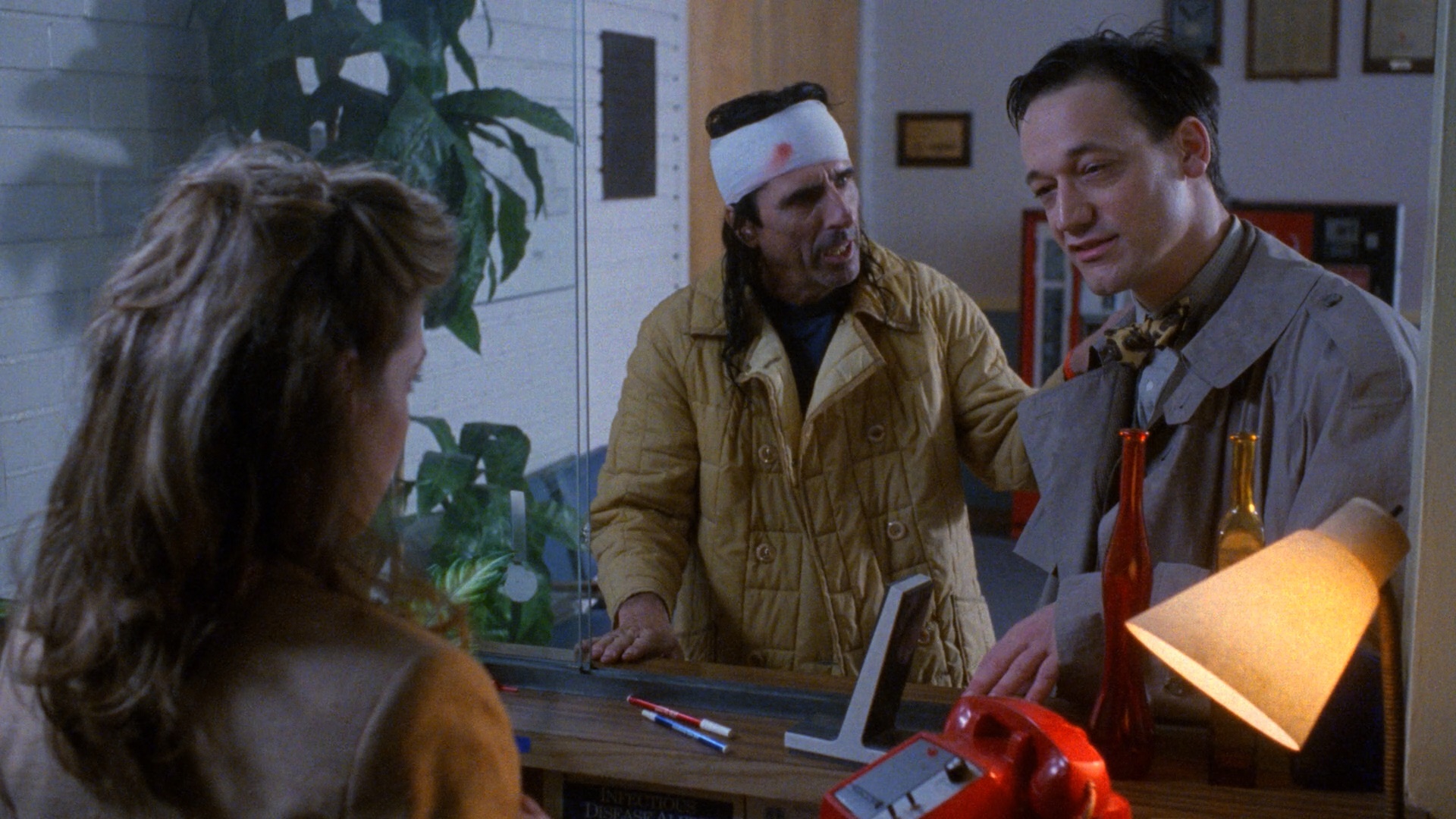 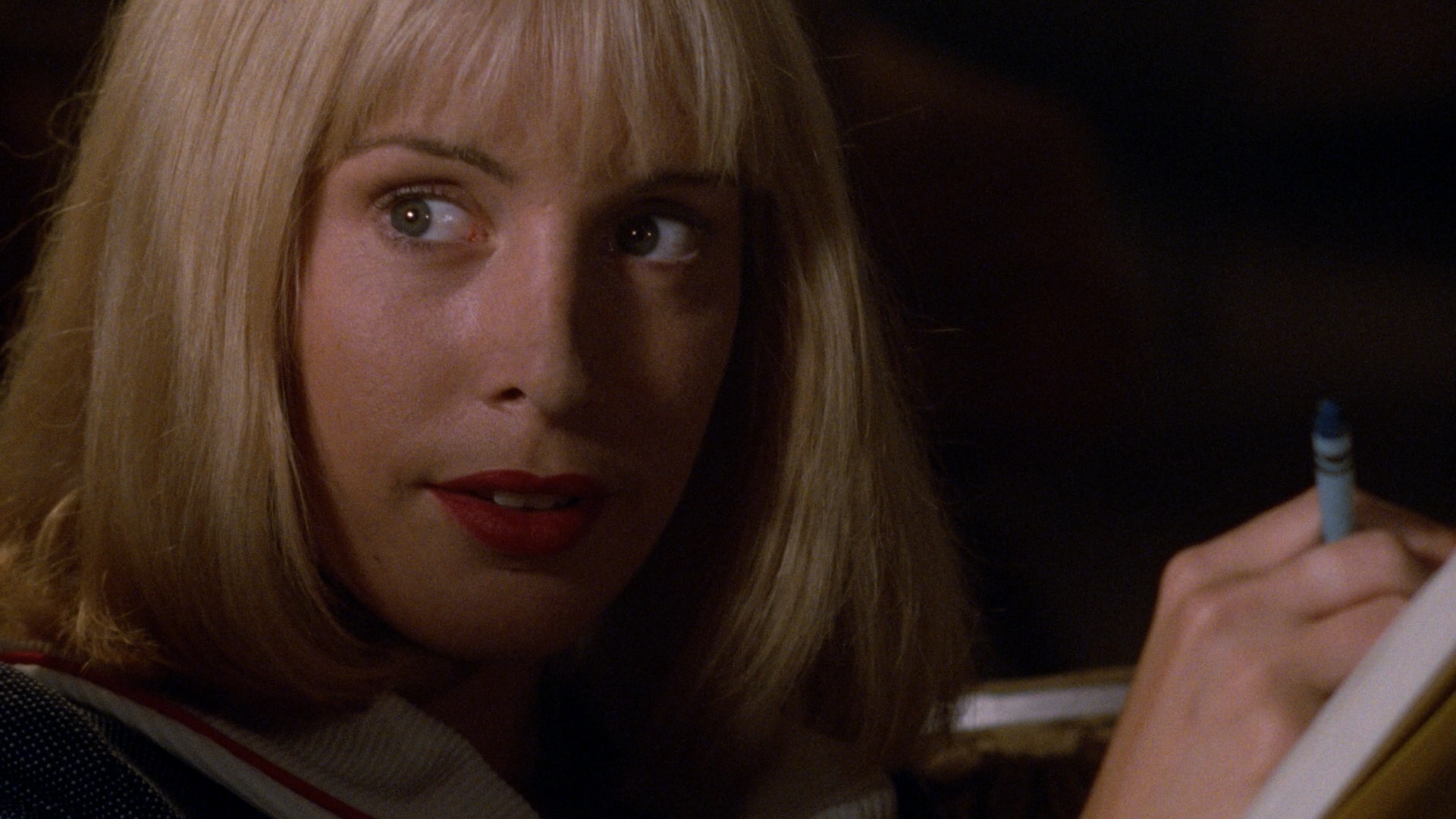 make and seems designed to be seen at a midnight screening, The Attic Expeditions is a bumpy but engaging mixture of horror, dark comedy, and surrealism from first-time writer and director Jeremy Kasten, who went on to helm the remake of The Wizard of Gore and the framing story in The Theatre Bizarre. Written when Kasten was around 20 and loaded with enough visual and narrative ideas for three or four features, it's a film that actually coheres well on a second viewing and features a wild cast clearly giving their all.

A young man named Trevor Blackburn (Jones) lives a disturbed existence bouncing between memories of his flaming-haired fiancée, Faith (Bates), a harrowing medical procedure on his mind, and his unorthodox treatment at the hands of Dr. Ek (Re-Animator's Combs), who's showing off a radical, costly new procedure to a medical observer, Dr. Coffee (Raimi). Informed that he's been unconscious for four years following a reaction to anesthesia, Trevor has been housed at an institute for the criminally insane after murdering Faith -- except he recalls the incident as an attempted Satanic ritual involving a mystical book. Now Trevor is sent to a kind of treatment halfway house called the House of Love, run by Dr. Thalama (Twin Peaks' Robie) and also housing such quirky inhabitants as confidante Douglas (Green), the sexually dysfunctional Amy 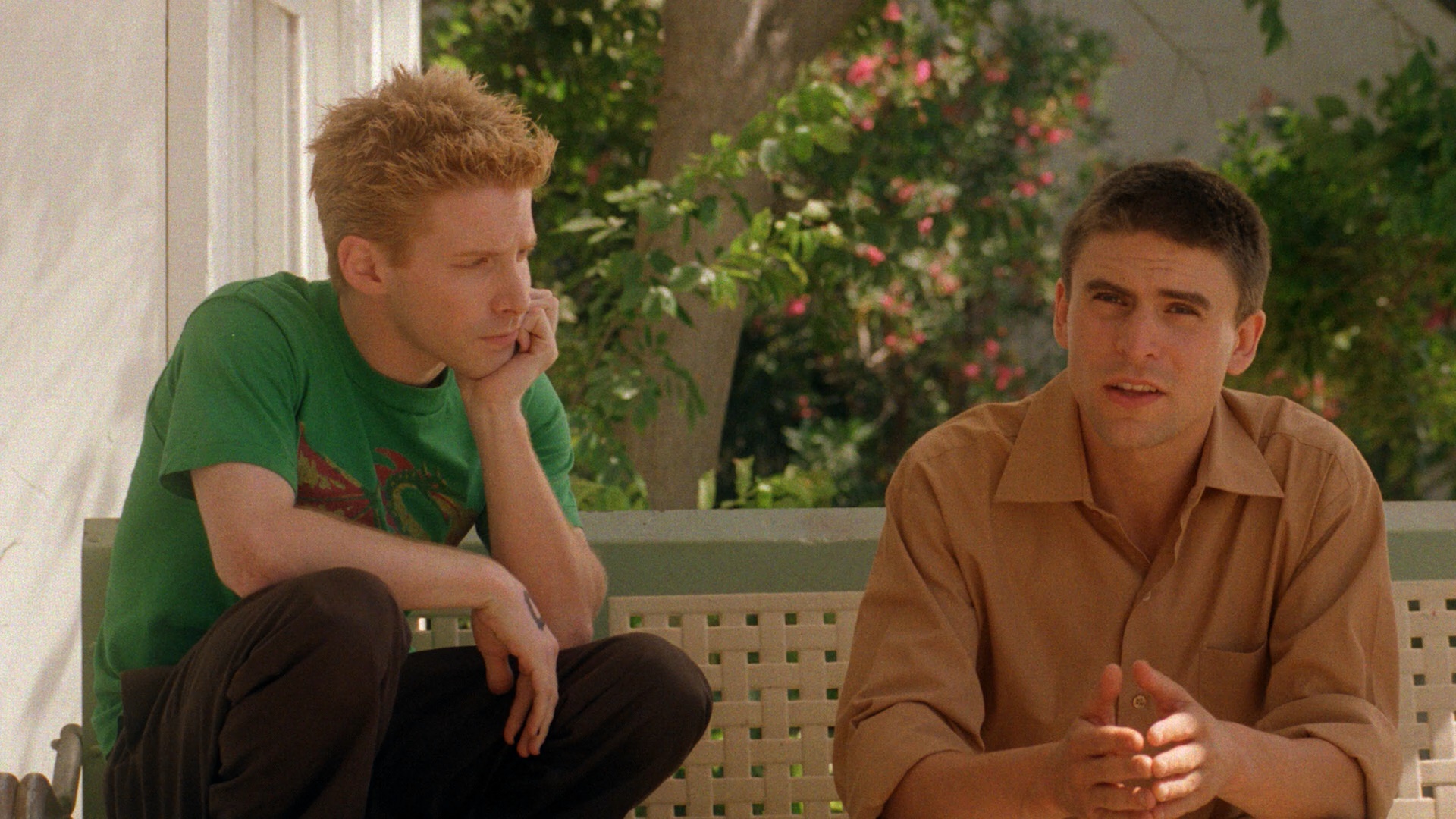 (Cleary), and Ronald (Hauck), who never takes a puppet off his hand and claims it has a life of its own. However, Ek and Coffee are still monitoring 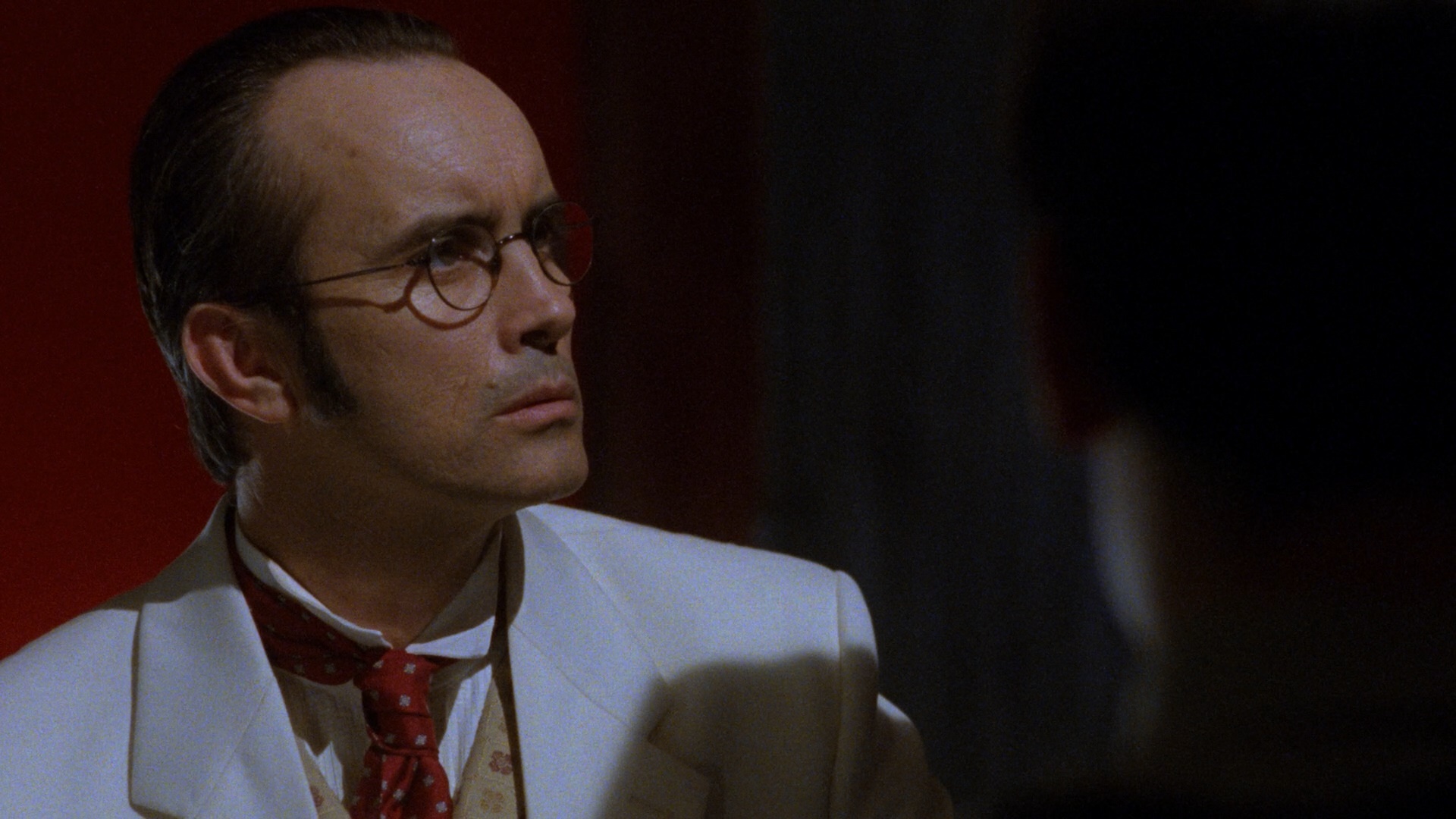 Trevor in the house as he's maneuvered through medication and implants, with indications that everyone in the house isn't what they appear to be. Then there's the attic, where Trevor hears something knocking inside a mysterious padlocked trunk...

At least in the early going, this can be a confusing and perhaps frustrating experience as it interrupts the main House of Love narrative with cutaways to the observing physicians and Trevor's medical procedures. However, that all pays off with a delirious final 15 minutes complete with a couple of genuinely crafty plot twists, one of which bears a striking resemblance to a certain Christopher Nolan film from 2014. Any variety of interpretations could probably work here, but it's best to take this at face value as a horror film with overt supernatural elements. Not surprisingly, Combs and particularly Green take top acting honors here since they have the juiciest roles, with the latter getting some particularly strong material in the final stretch that won't be spoiled here.

After its completion, this film received some festival play and essentially headed straight to DVD where it was originally one of those annoying Blockbuster exclusives for nearly a year. 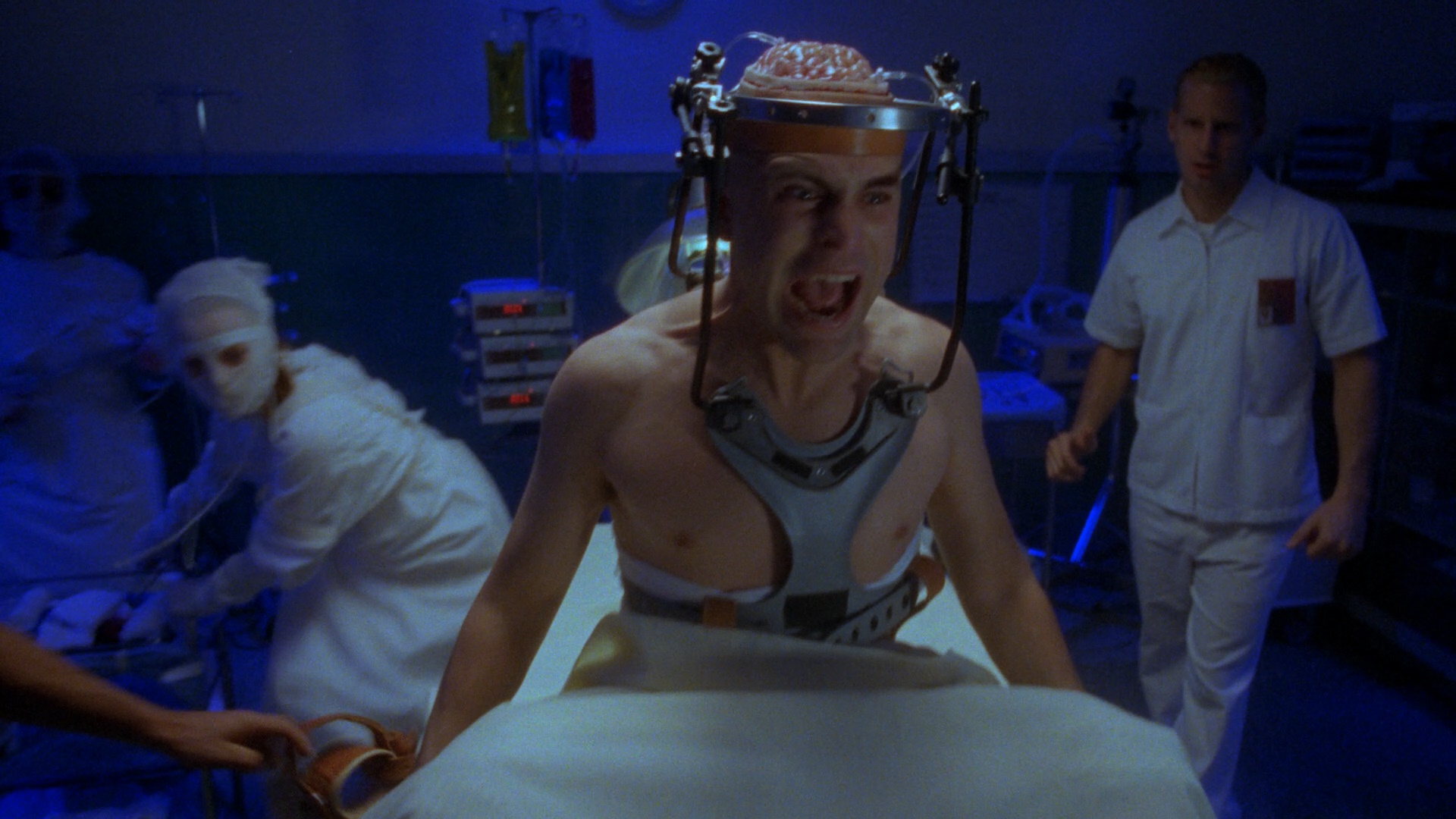 Though it never quite found the audience it should have, the film has been championed by its cast over the years and paved the way for more work 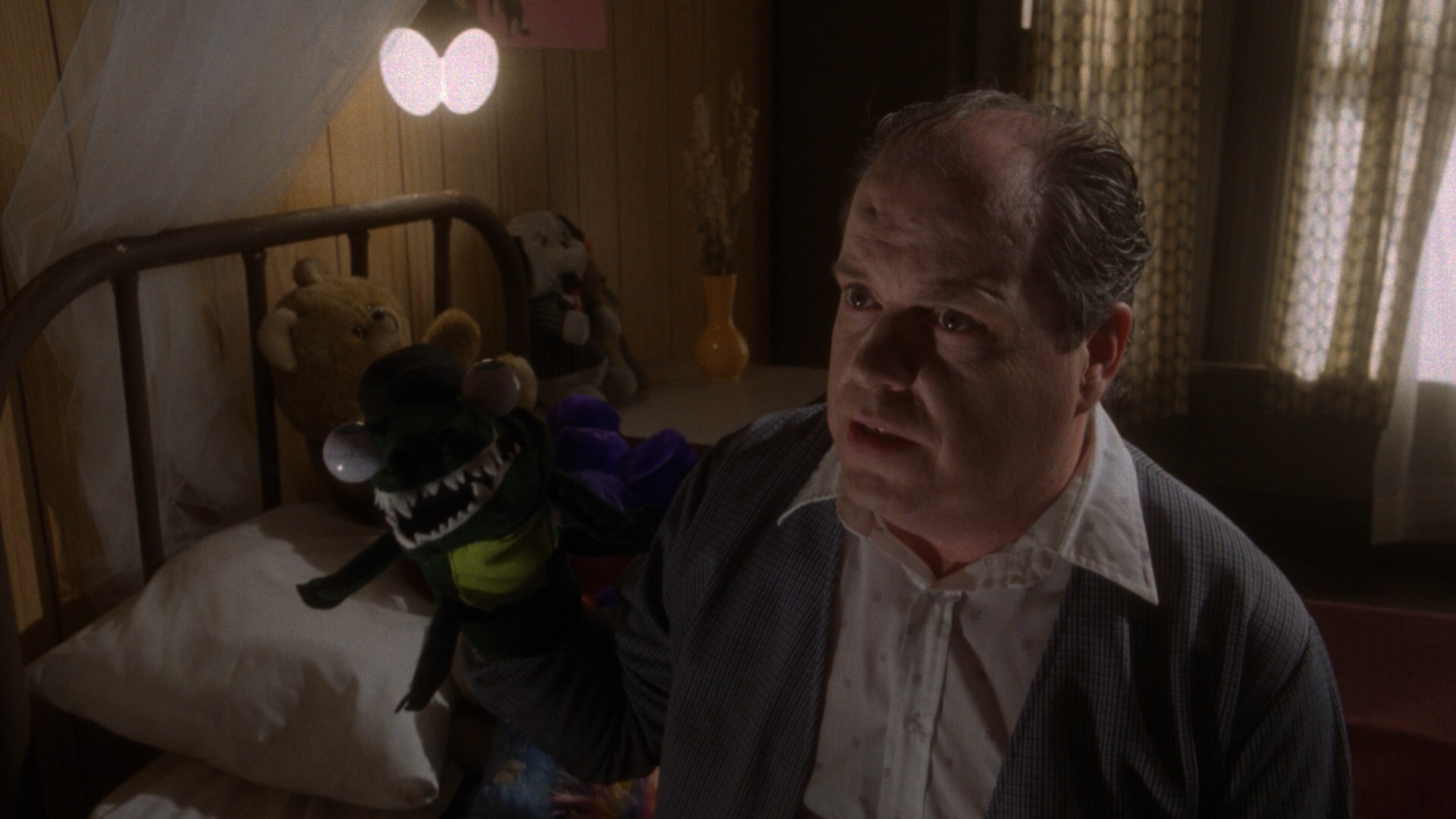 for Kasten. In 2020, Severin Films delivered a Blu-ray special edition that should give it a better shot at recognition. Given the fact that the film was partially shot on short ends and had its production halted midway for a very long time, it looks quite nice in HD here with eye-popping colors (especially the House of Love interiors) and fine but unobtrusive film grain throughout. DTS-HD MA English 5.1 and 2.0 audio options are provided with optional English SDH subtitles; both sound fine, but the stereo track has more heft and better serves the highly active, manipulative sound mix.

A new making-of doc (39m45s) is built around a 2020 Zoom reunion between many of the cast and crew members wrangled by Kasten, mixed in with production footage, 1998 EPK interviews, early shorts, and individual Zoom calls with Jones and Cleary. Green in particular is a riot here with other participants like Combs, Hauck, Bates, and producers Dan Griffiths and Daniel Gold all swapping stories about putting this film together under extremely trying circumstances with most of the main cast (in particular Raimi and Alice Cooper) coming board on the 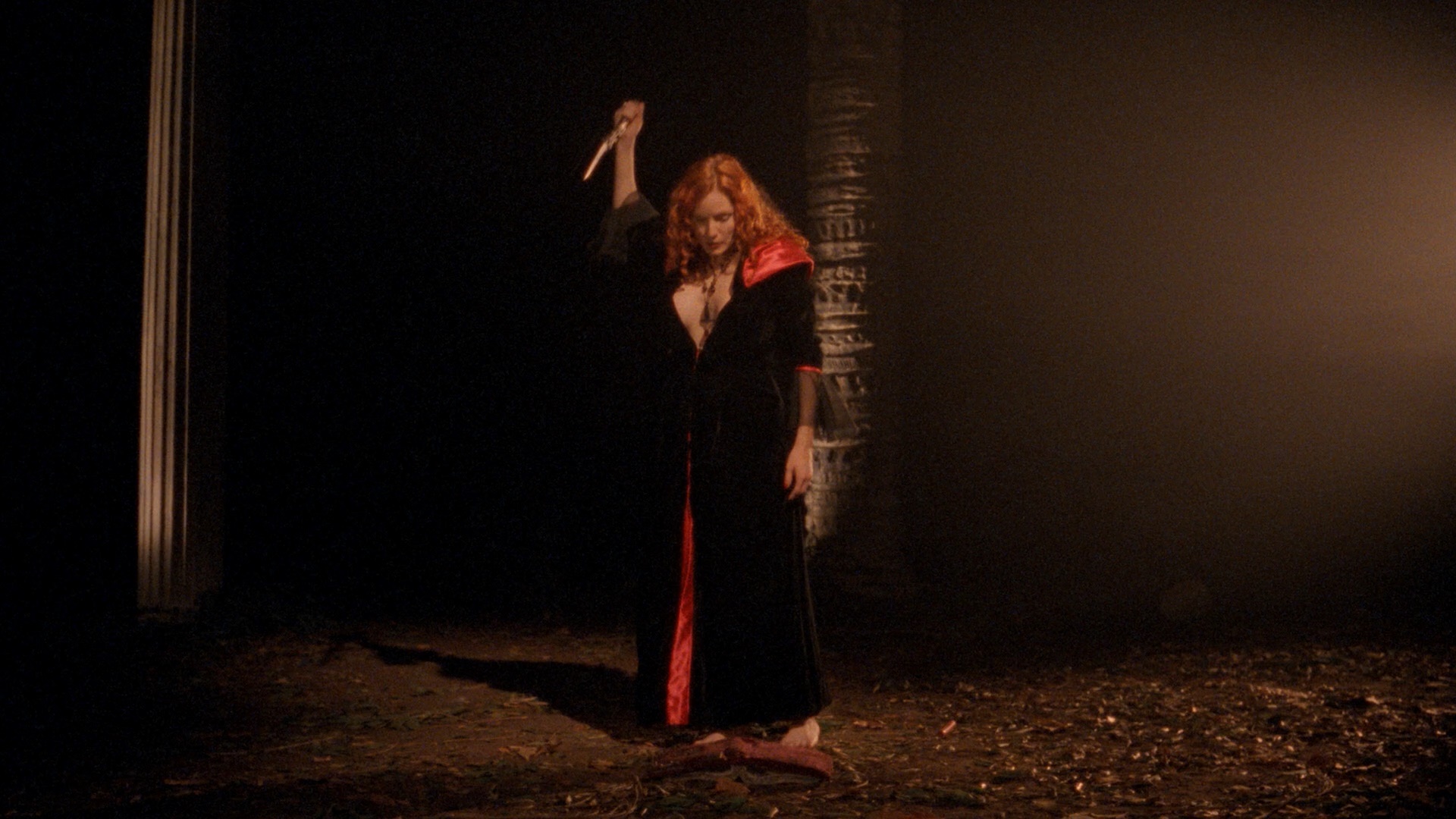 strength of Combs' commitment. Combs and Cooper also get together for a separate video reunion (4m44s) in a very lighthearted chat with Kasten about the production including 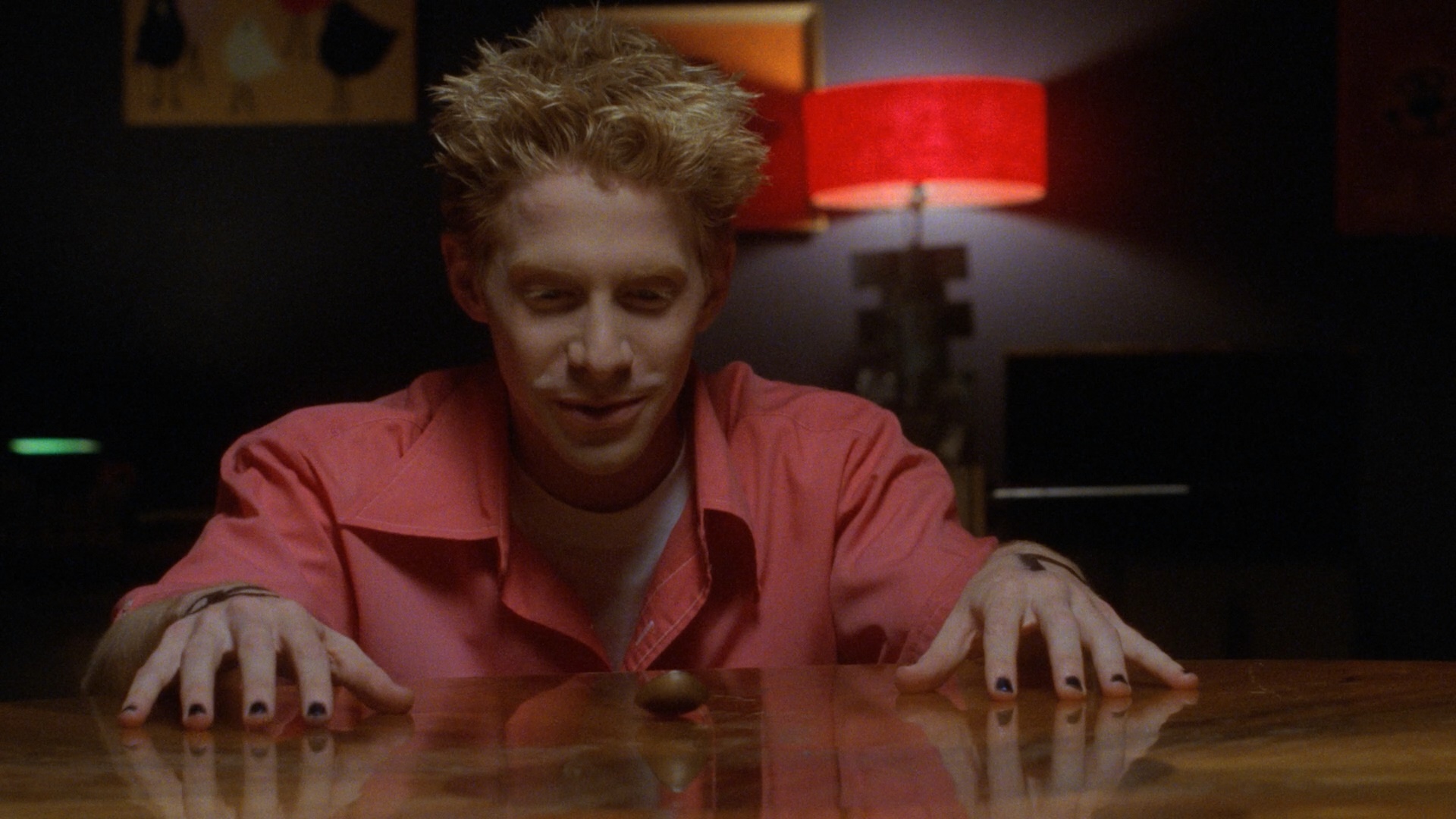 the three-year gap before the two of them set foot in front of the camera. Finally Adam Rockoff does a new Zoom interview (6m35s) with Kasten about the background of the film's genesis, his intentions, the genre climate at the time, and the legacy it's left behind. Also included is a bonus soundtrack CD, featuring 36m59s of the effective music score by David Reynolds.