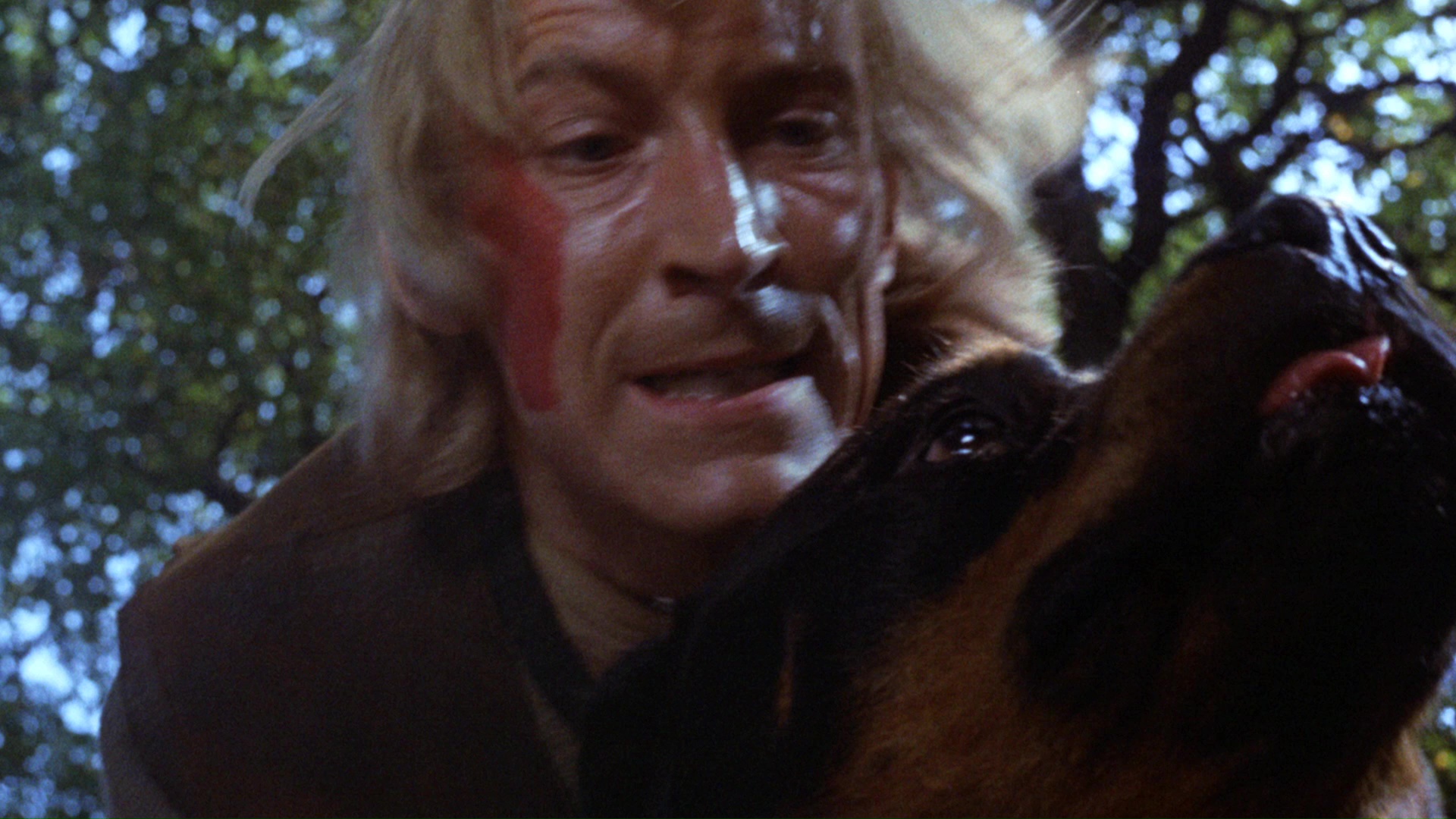 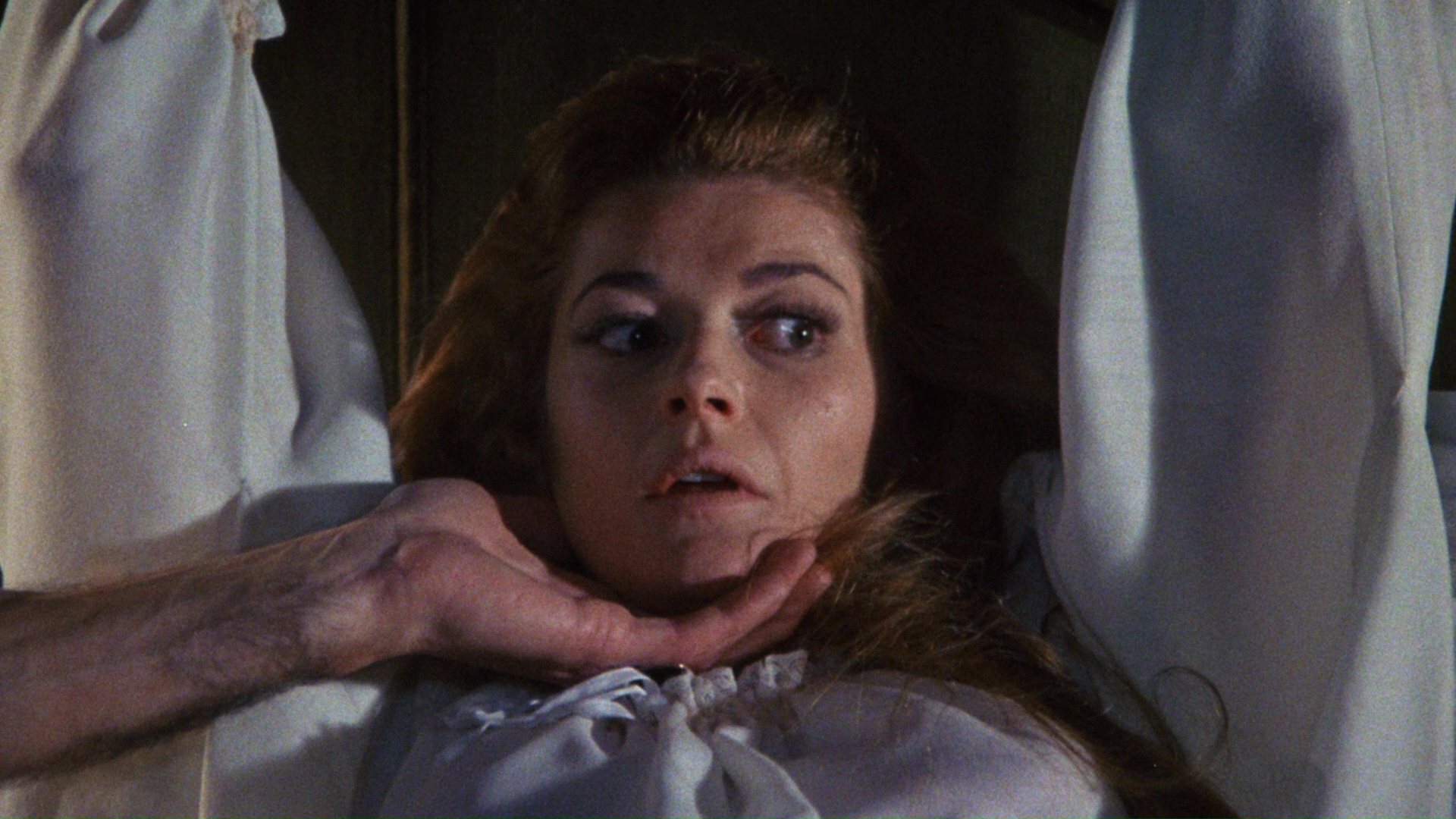 foray into feature-length horror from Amicus Productions, And Now the Screaming Starts! was released the same year as their final anthology horror films, Vault of Horror and From Beyond the Grave. However, the omnibus influence definitely shows here as the saga of an ill-fated married couple's horrific homecoming is splintered into a variety of subplots, flashbacks, and Brit-horror guest spots, all quite enjoyable even if it doesn't all necessarily click together in the end.

In the late 1700s, Charles Fengriffin (Ogilvy) brings his new bride, Catherine (Beacham), home to his family estate where she immediately gets the shivers when looking at a painting of his brooding ancestor, Sir Henry (Lom). Meanwhile a disembodied, bloodstained hand skulks around the stairways, and during the night Catherine is molested by an eyeless, grinning apparition. No one believes her, of course, even when the domestics are also terrorized by various supernatural manifestations. Catherine's increasingly erratic behavior forces her husband to call on Dr. Whitte (Magee) and ultimately Dr. Pope (Cushing) to unravel the mystery, which is rooted in a barbaric act of upper-class sadism that still taints the Fengriffin name to this day.

Tying with The Legend of Hell House as the first film featuring rape by a ghost, this Gothic potboiler plays like a fast-paced, R-rated version of those Victorian yarns by writers like J. Sheridan LeFanu, filled with swooning damsels terrorized by candlelight and elaborate, guilty ancestral secrets which play out in various ghoulish incidents. The period decor and 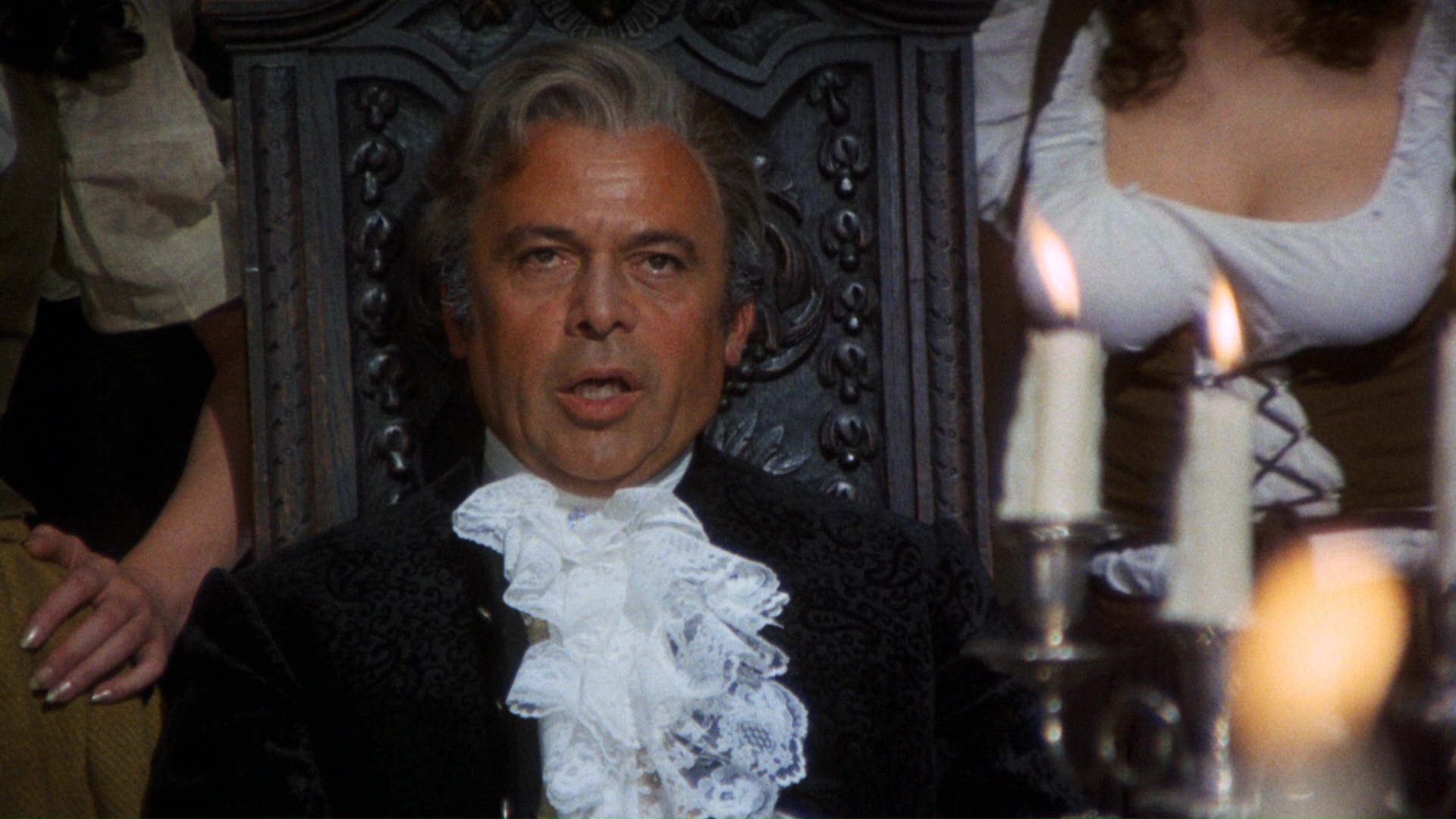 costumes are never less than stunning, and the parade of top-notch performers keeps the potentially ridiculous storyline under control; in particular, the final morbid scenes are surprisingly powerful as both husband and wife are forced to directly 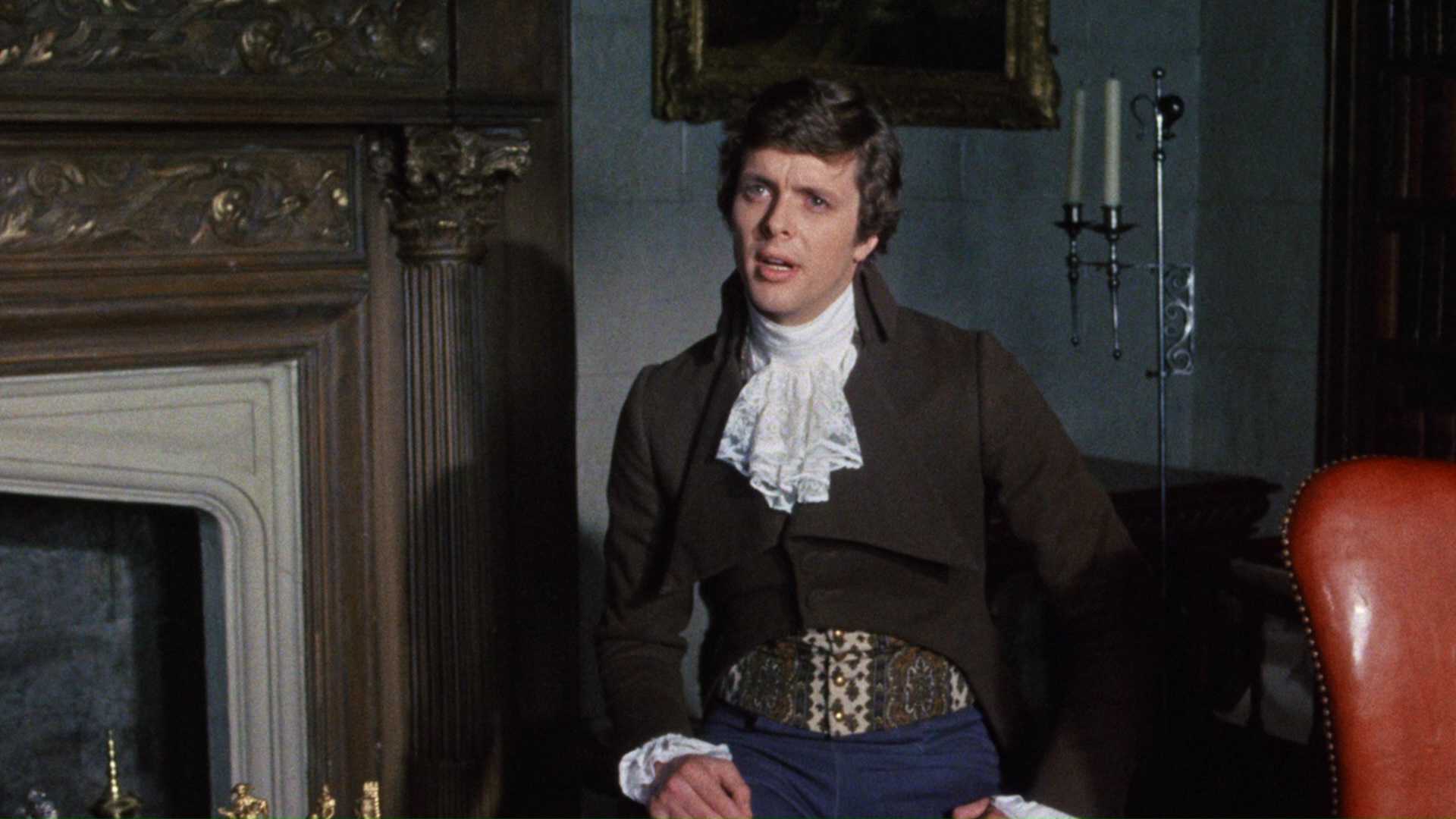 confront their situation in the flesh, quite literally. Douglas Gamley's lush, swooning score is a major asset as well. While some genre fans still remain cool to this particular film, it's plenty of fun in the right frame of mind and really only suffers from an erratic, patchwork script by TV scribe Roger Marshall, who drops plot strands left and right. (That great severed hand, for example, is never sufficiently explained and basically drops out of sight halfway into the film!)

Despite a decidedly lackluster VHS history (including a butchered TV print appearing from Prism) and a complete brush-off during the laserdisc era, And Now the Screaming Starts! has had a surprisingly long history already on DVD. It first appeared from Image Entertainment in 2002 in an okay but soft widescreen (flat) transfer, with a gallery of images from Del Valle archives and an Ogilvy commentary in discussion with Darren Gross that covers most of the basics of the film, from Ogilvy's recollections on the set to details about the shooting locations. Anchor Bay UK issued the film a year later in an anamorphic transfer (alas, plagued by the same erroneous progressive flagging that demolished Asylum) along with hit-and-miss DTS and 5.1 mixes that maximize the score rather nicely but overdo the booming sound effects. Recycling the Ogilvy commentary, it also includes a very entertaining second commentary with Beacham and director Roy Ward Baker (offering two additional perspectives on the production along with some really funny turns of phrase here and there), the Amicus featurette from AB's other titles in the series, and the theatrical trailer. You get the best of all possible worlds with the second US release from Dark Sky in 2006, which features the better version of the SD options by a mile to that point; be warned that this version is now so clear, 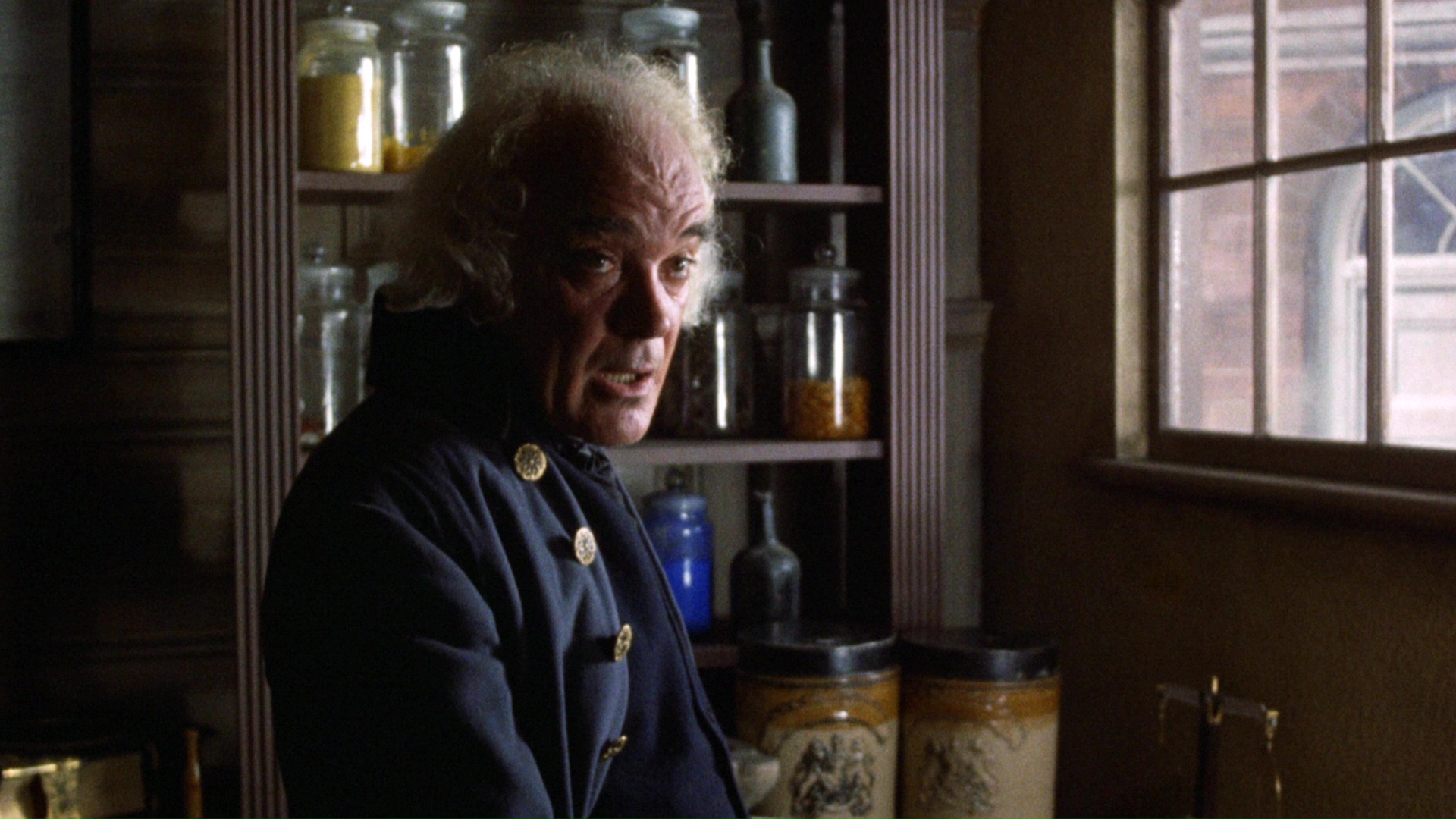 you can't help but notice all the make-up putty lines around the ghost's hollow eye sockets! The period detail really stands out here perfectly, and it's a ravishing presentation all around. (And contrary to the back of the packaging, 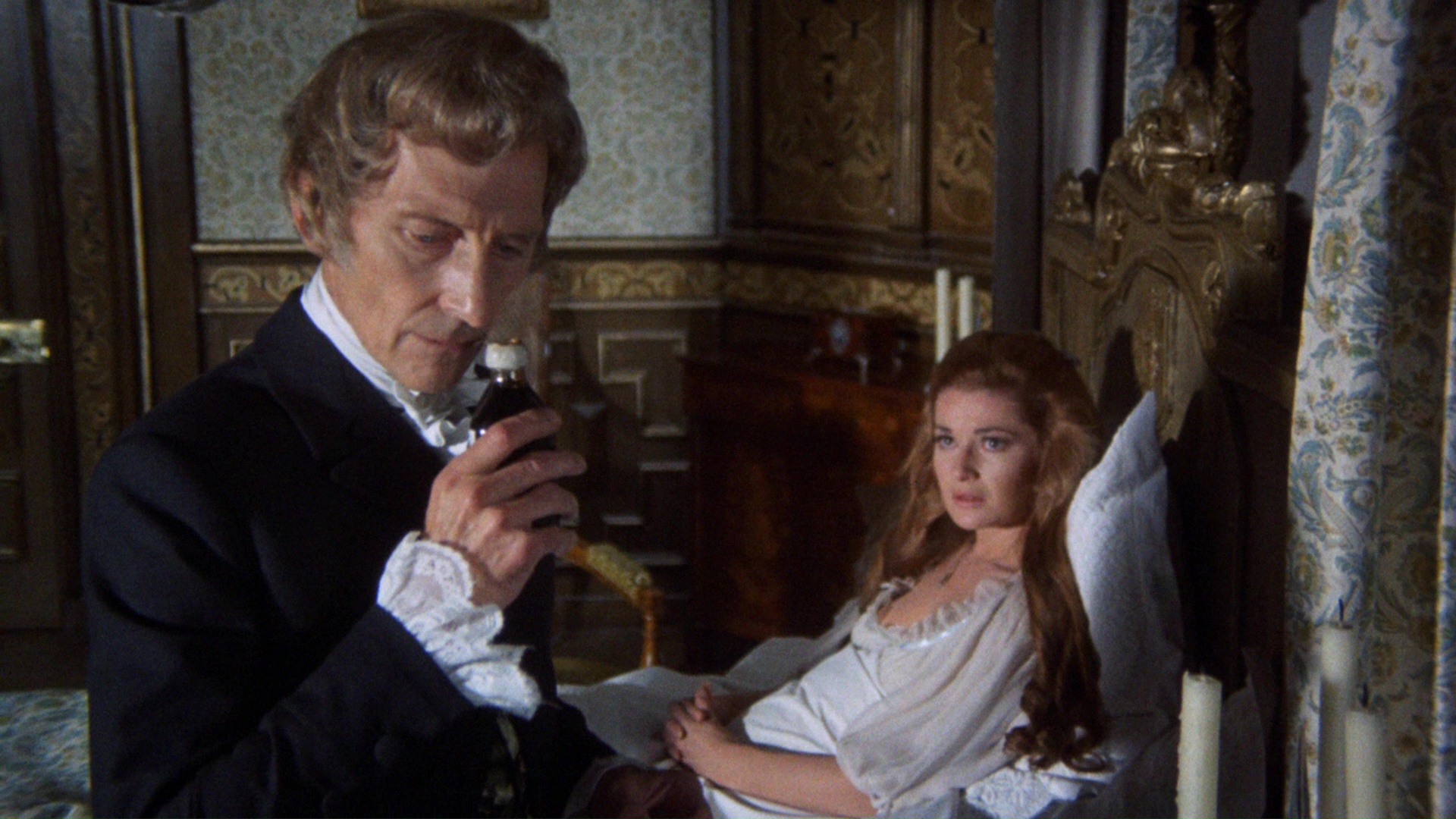 it's not in black and white!) Both commentaries are carried over along with the trailer, talent bios, a new still gallery with a couple of amusing behind-the-scenes shots, and Chris Gullo liner notes.

In 2017, Severin brought the film back into circulation with separate Blu-ray and DVDs that carry over both commentary tracks and the trailer. The HD transfer looks very rich with deep blacks and fine grain, quite different compared to the much brighter, more golden look of the Dark Sky; the main titles look somewhat rough and dupey by comparison due to the opticals involved, but after that it's pretty smooth sailing. The DTS-HD MA English mono audio also sounds good if modest, with a Spanish dub and optional English SDH subtitles provided. The new featurette "The Haunting of Oakley Court" (15m13s) tours the scenic location where the film was shot (a familiar sight from many '60s and '70s Gothic horror films), guided by author David Flint and, uh, Allan Bryce, including notes on some of the other genre titles filmed on the premises. An archival radio interview with Cushing by horror journalist Denis Meikle (12m6s) touches on his personal work ethic and his thoughts on working for Amicus, including Freddie Francis, as well as other topics like Christopher Lee and some of his Hammer productions. A new interview with Meikle (4m25s) has him offering a fairly negative appraisal of the film while explaining the evolution of its title (original Fengriffin, the same as the source novella) and recalling Cushing's melancholy state at the time after the death of his wife. A radio spot is also included.

The Blu-ray is also available as part of a four-disc boxed set, The Amicus Collection, along with Asylum, The Beast Must Die, and a bonus disc of Amicus goodies; click for more details in the review of Asylum. The set is also available directly from Severin, including an option with an Amicus book or various related collectible items. 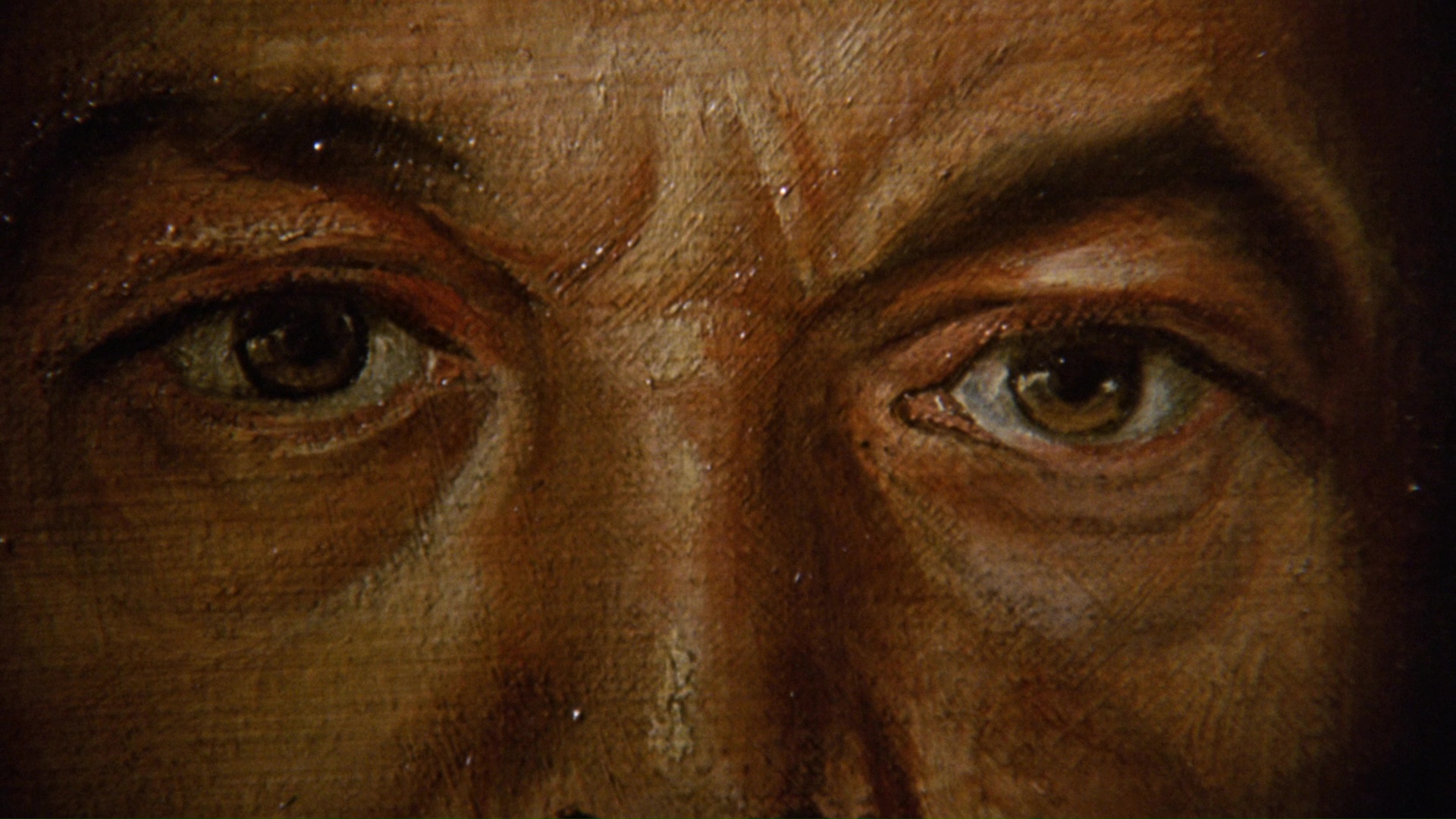 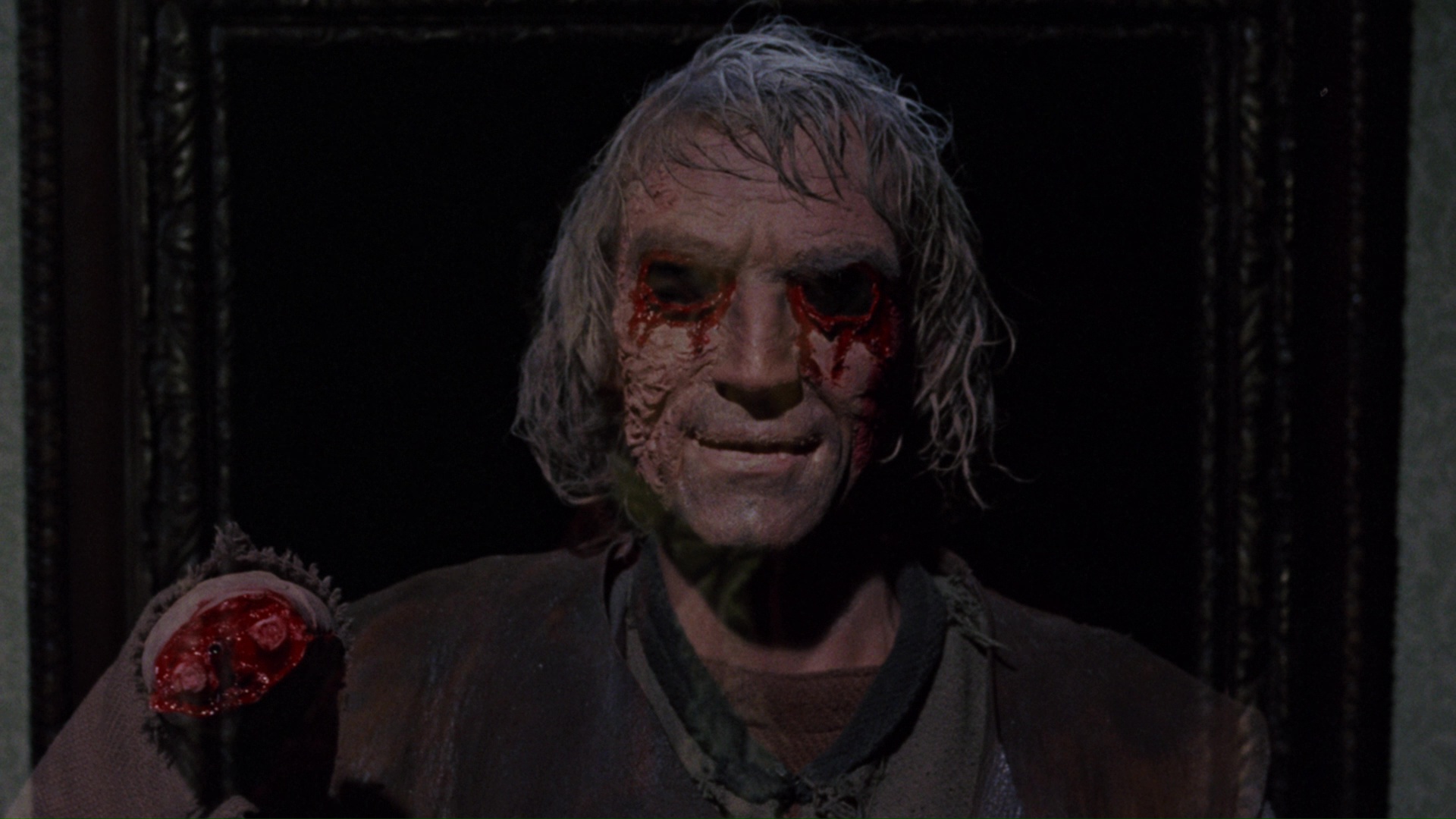 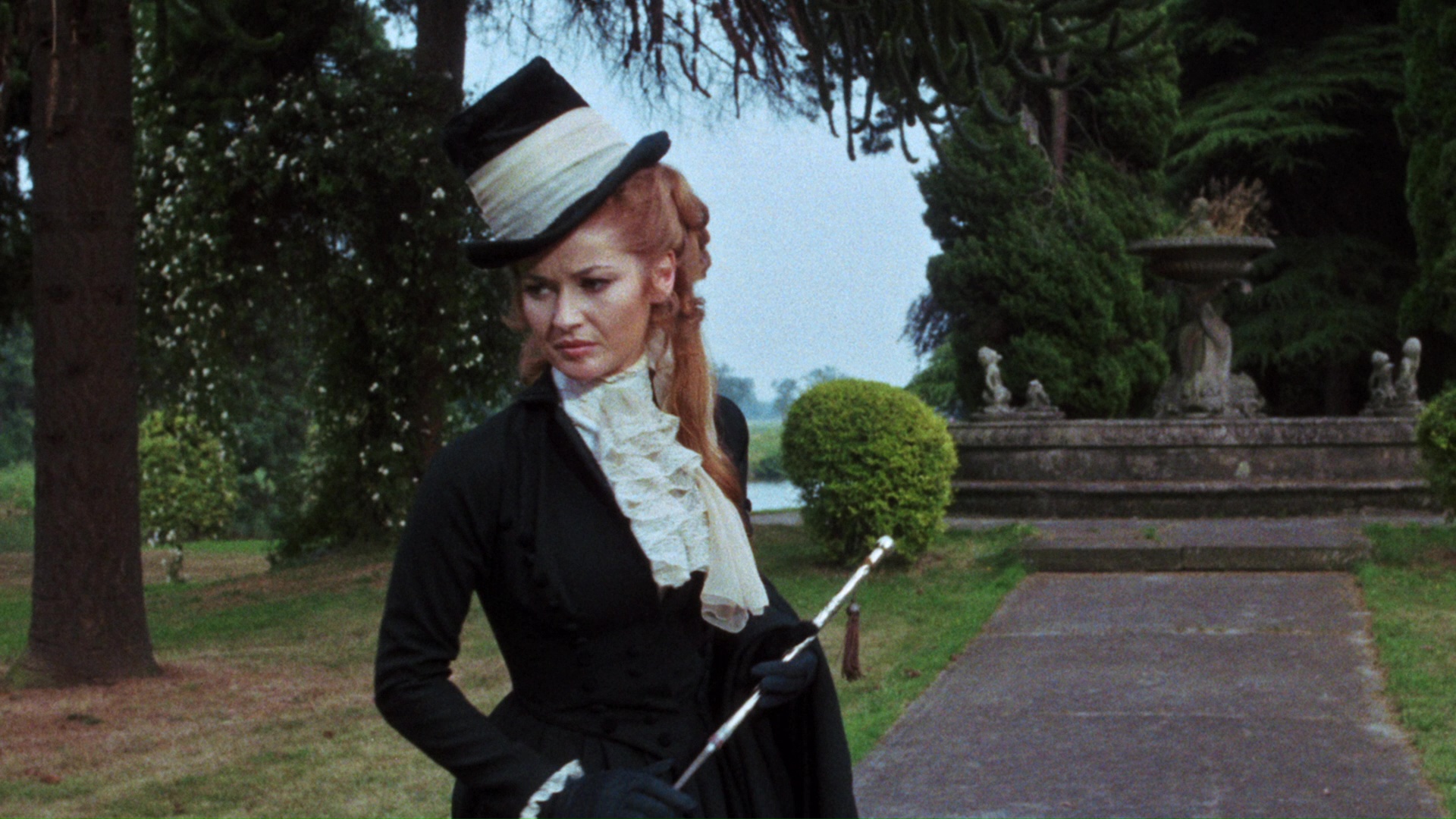 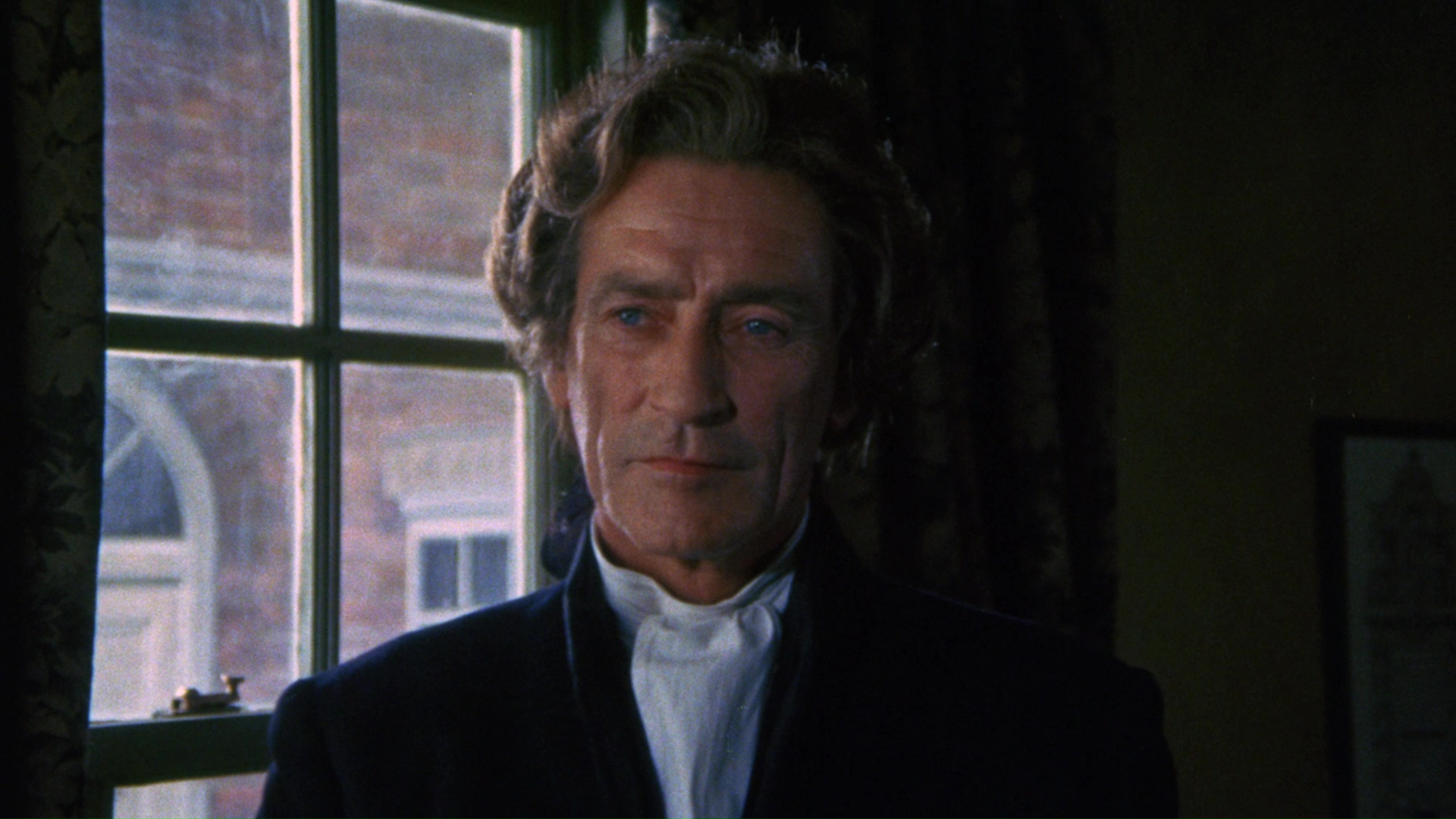 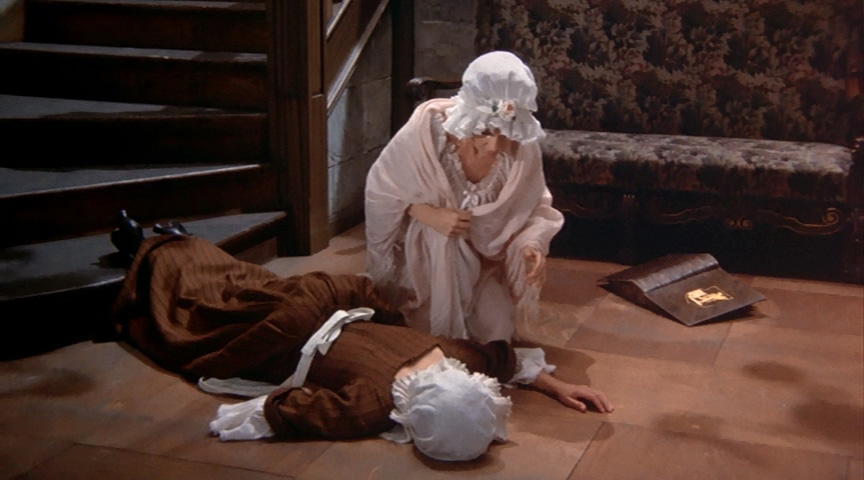 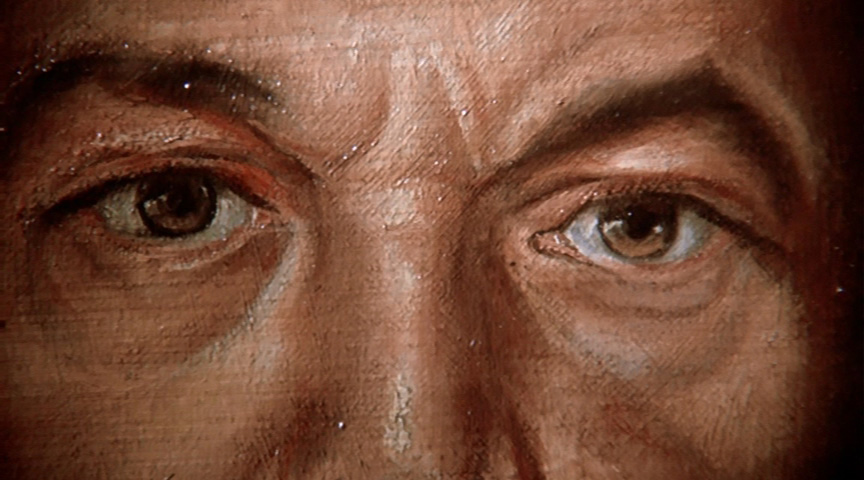 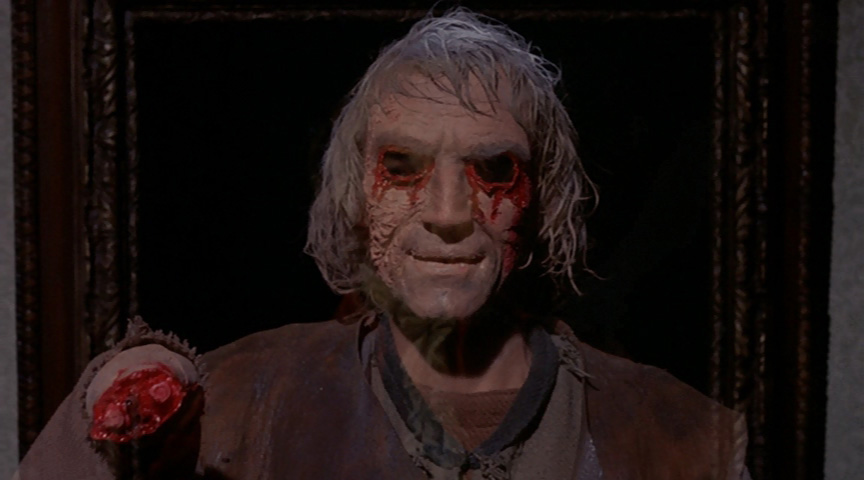 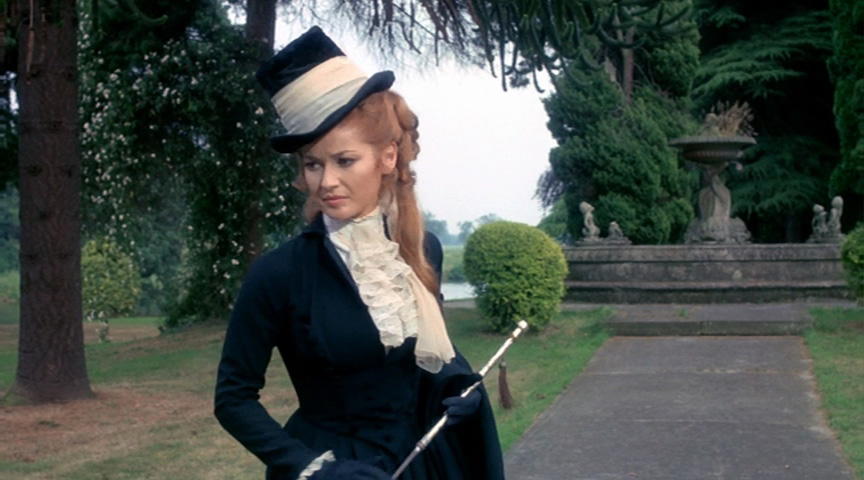 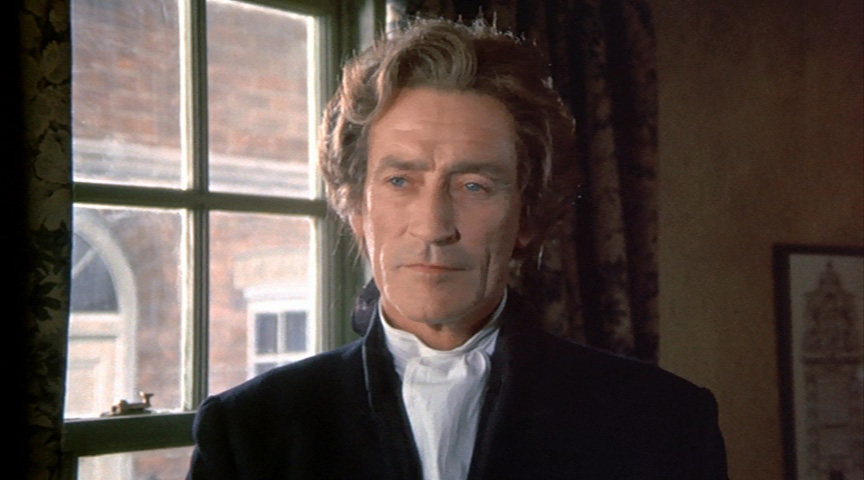