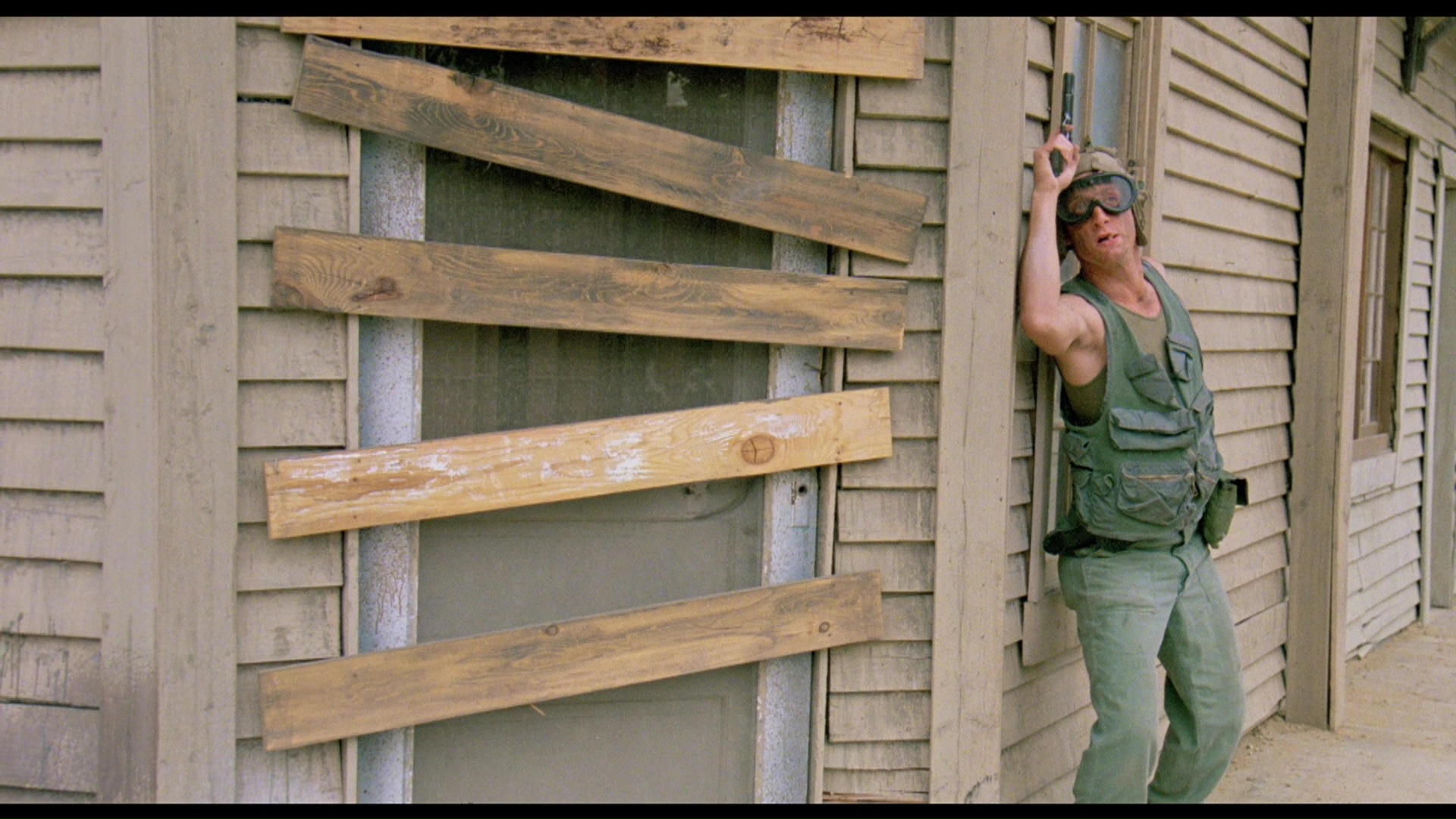 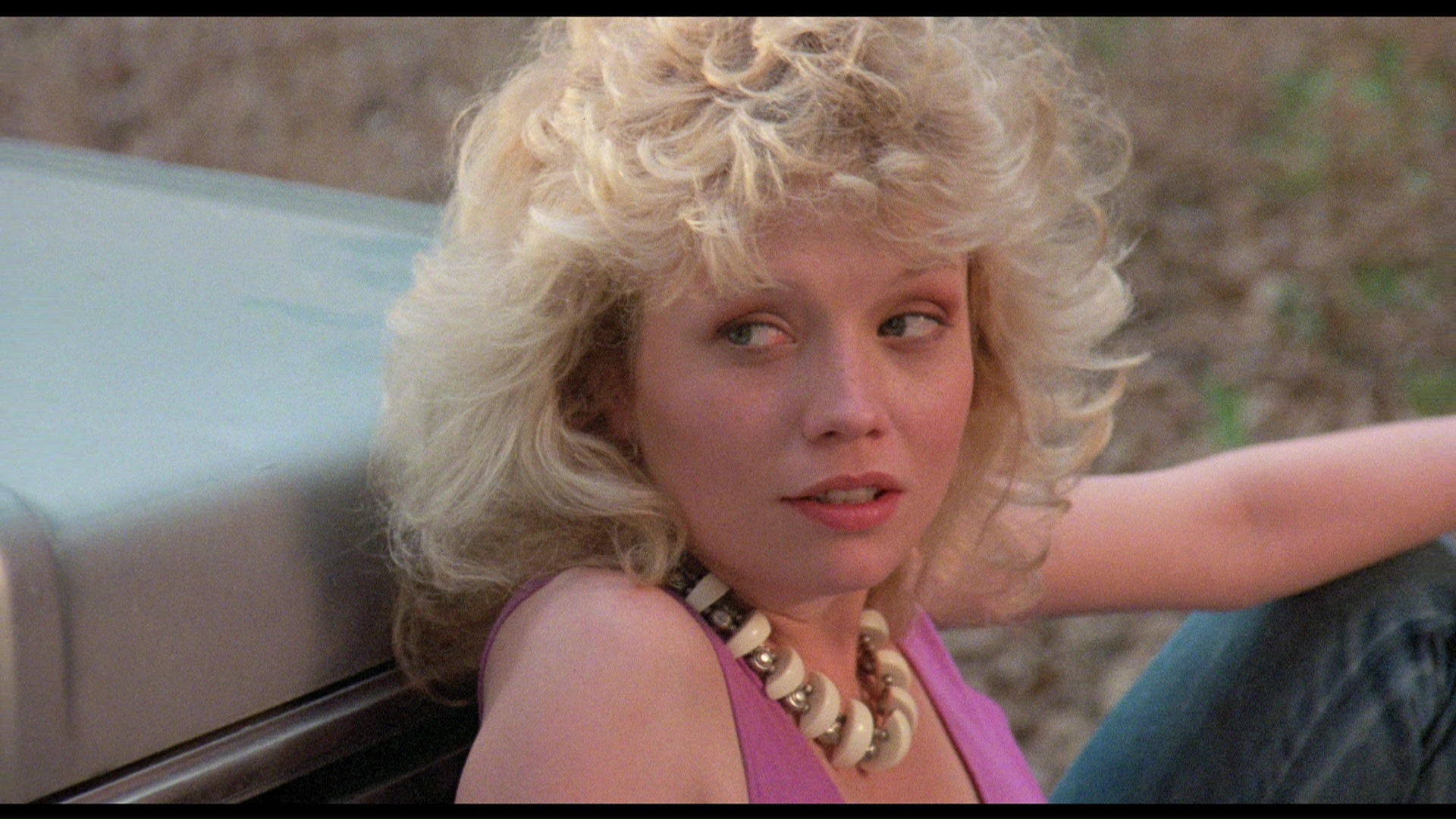 This action/horror hybrid seemingly tailor made for the Friday night VHS crowd is one of the better films by exploitation vet Nico Mastorakis... but be aware that still means things like pacing or tonal consistency go right out the window. The very, very simple premise revolves around a trio of Weekend Warrior Rambo wannabes who enjoy playing a fake war survival game in an abandoned, boarded-up town. (Before paintball battles really became a thing, you get a bit of it here).

The real plot kicks in when the guys -- Steve (Hirsch), Rip (Moses), and Larry (Shell) -- and some female companions decide to head up into the woods to celebrate the completion of their game, setting the stage for what Joe Bob Briggs would call "spam in a cabin." It looks like they only drive a couple of miles north of Hollywood to get there, but that's movies for you. Main girl Jamie (Maroney) is more than a little ticked off at being treated as a "prize" in the competition, but she's distracted when she spots a woman running through the woods during their drive up. No one believes her, and eventually she softens up just in time to help the guys contend with a murderous, twisted presence in the woods. Someone or something wants them dead, with macabre surprises left around the cabin after the lights and phones go out. Of course, they all have to put their survival skills to the test against a marauding menace that doesn't plan on letting any of them survive until morning.

Laced with a welcome dose of humor, The Zero Boys is definitely fun and endearing despite its artistic shortcomings. 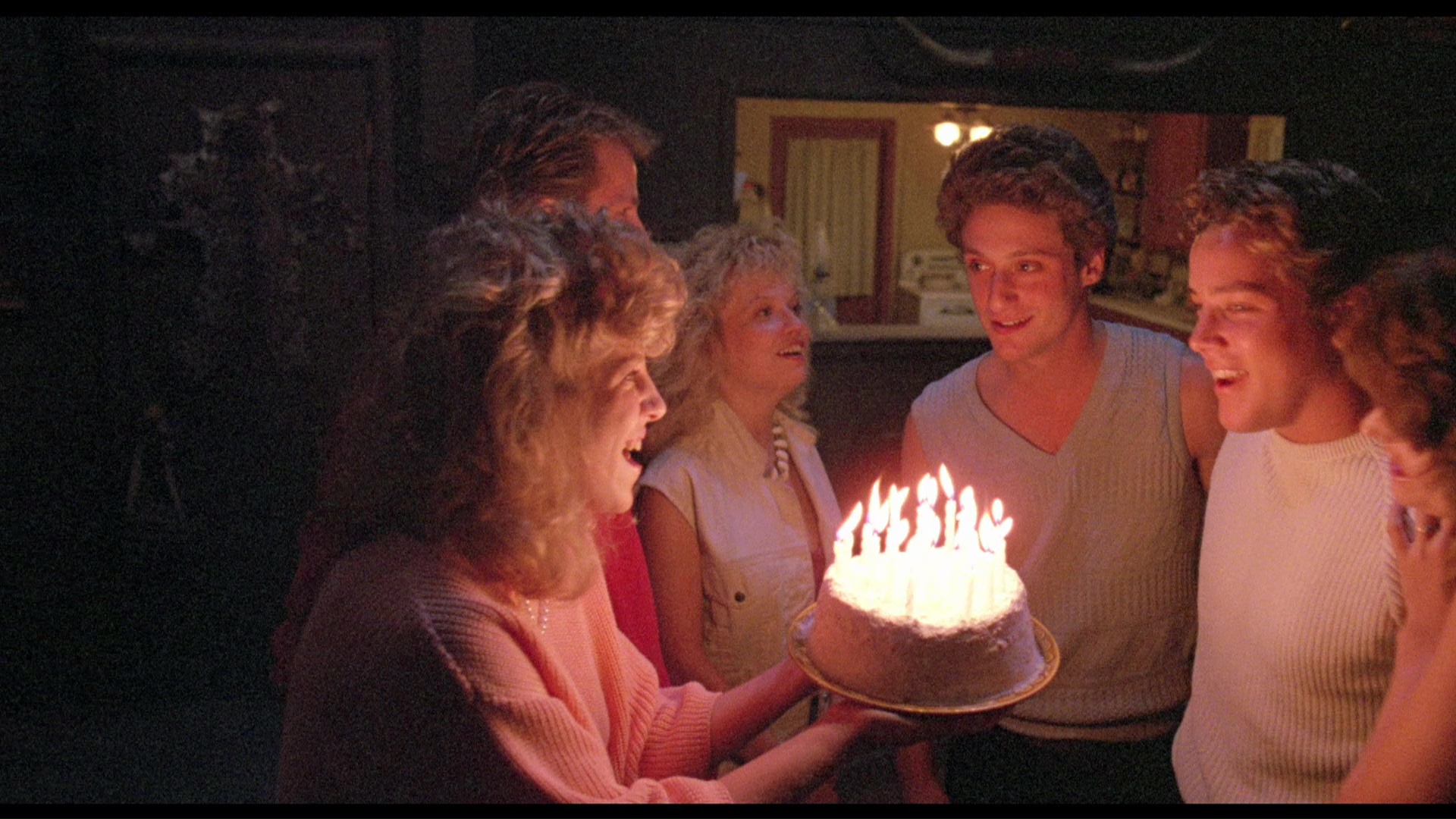 You won't get any Raimi-style thrills here; Mastorakis sticks to the format of swerving back and forth between smart ass teen banter (including some nasty, very '80s slurs), 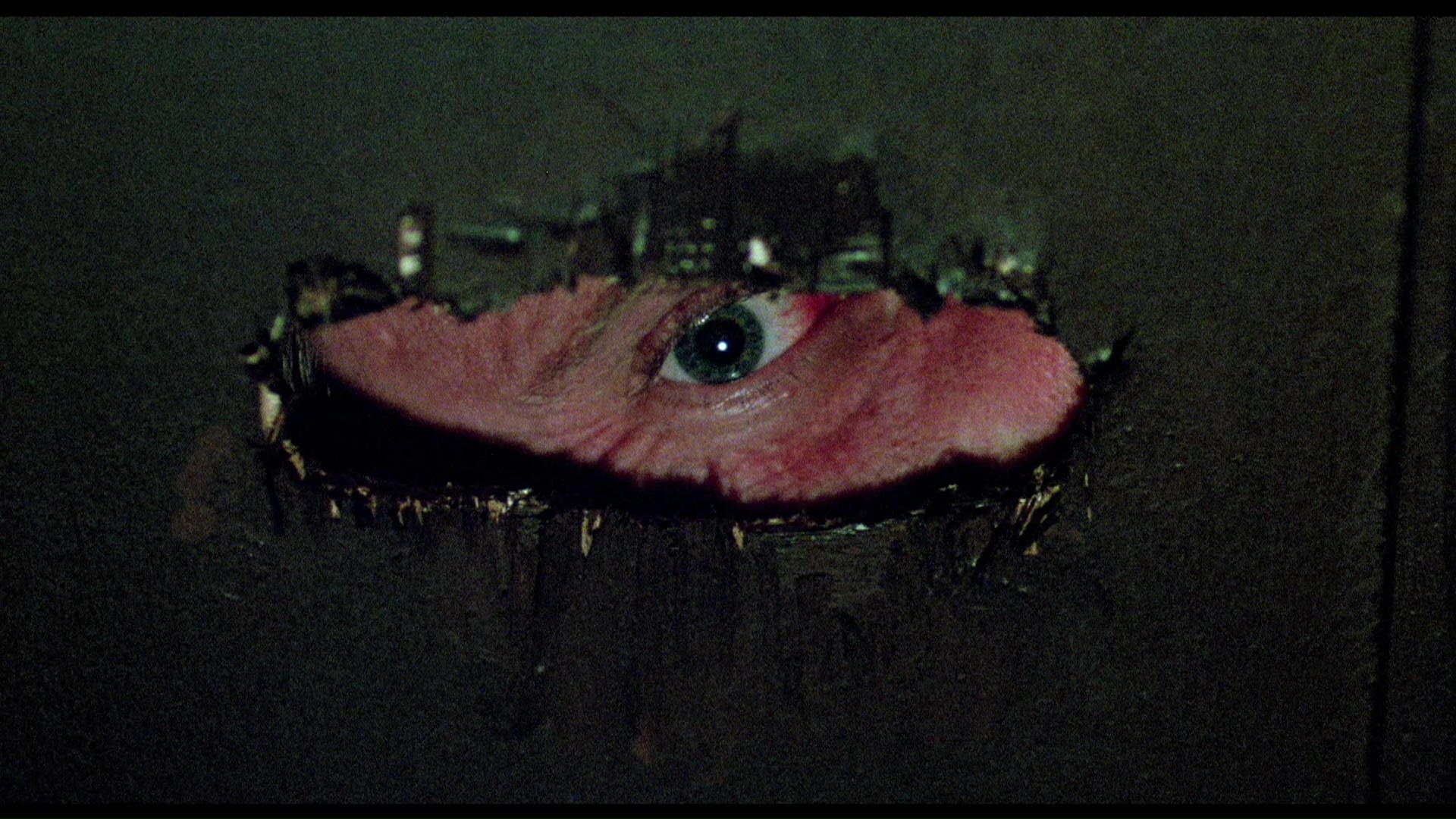 small-scale action scenes, and savage horror scenes that would probably be more shocking if they didn't take place in near darkness. The presence of Maroney is a major plus here; one of the most endearing scream queens of the decade, she also enlivened Night of the Comet and Chopping Mall and makes for a worthy heroine here, too. Most amusingly, the fun electronic score is the work of future Oscar winner Hans Zimmer with one of his earlier scores in collaboration with the underrated Stanley Myers. Zimmer would go on to score Mastorakis' The Wind and Terminal Exposure over the next year and a half before hitting the big time with Rain Man in 1988.

The Zero Boys was the fourth film produced by Mastorakis's own production company, Omega Entertainment, and continued its tradition of heading to VHS in the United States without a significant theatrical release. The tape issued by Lightning Video was pretty ugly and almost impenetrably dark at times, so it was a relief when Omega created its own DVD edition (alongside nearly all of Mastorakis's other films) to be distributed by Image Entertainment in 2003. Those all went out of print a few years later, with this one commanding higher prices than most.

In 2016, Arrow Video brought this film back into circulation on Blu-ray and DVD in both the US and UK, their second Mastorakis release after the far more extreme Island of Death. The image quality of the new 2K transfer (approved by the director) presumably reflects the way it was originally shot, which means the opening daylight scenes look 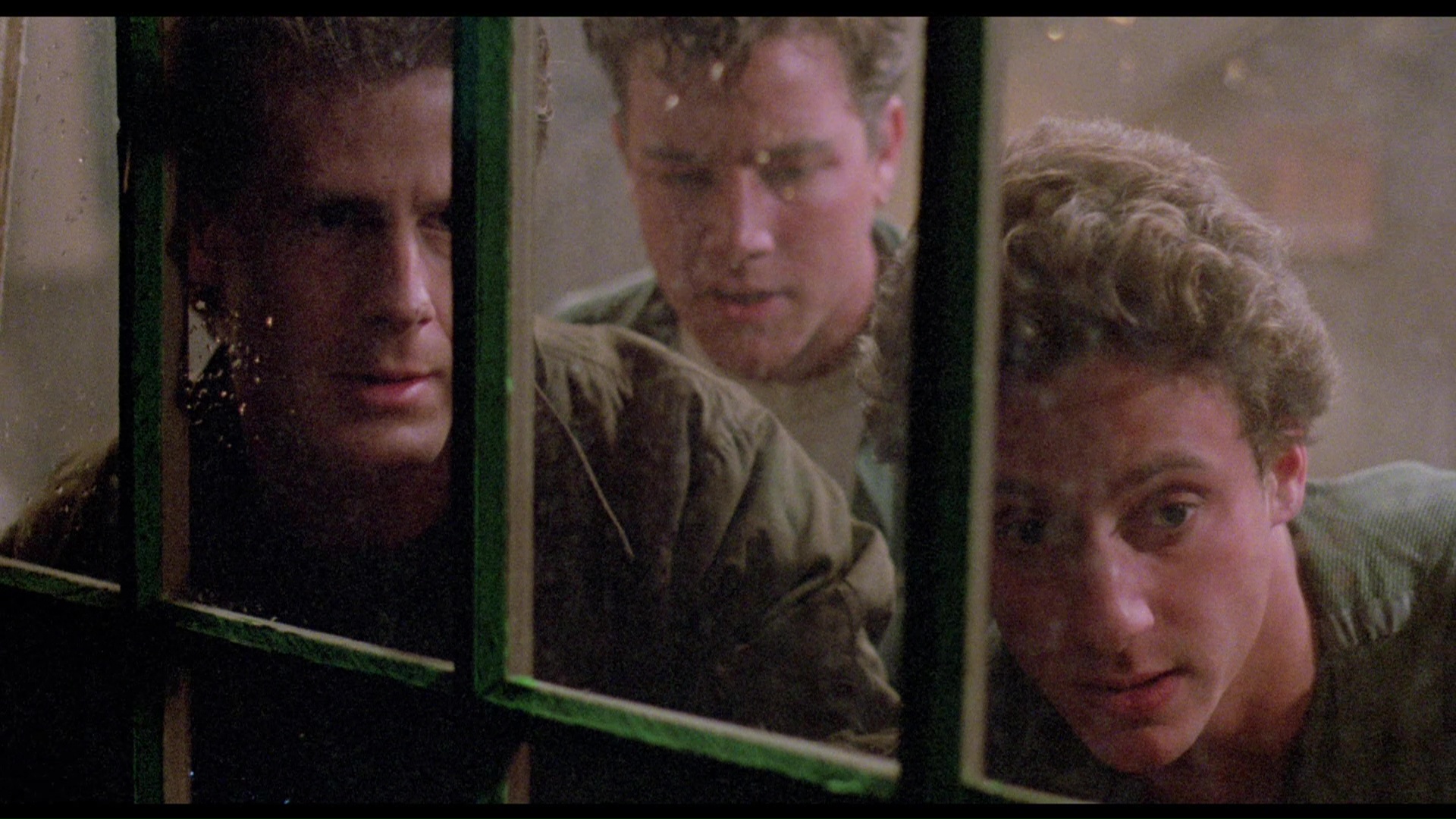 mostly great apart from a few driving shots poorly shot with a zoom lens (resulting in a drastic increase in grain). After that it's pretty hit and miss, with the brighter interior scenes (such as the basement snuff film discovery) looking excellent while 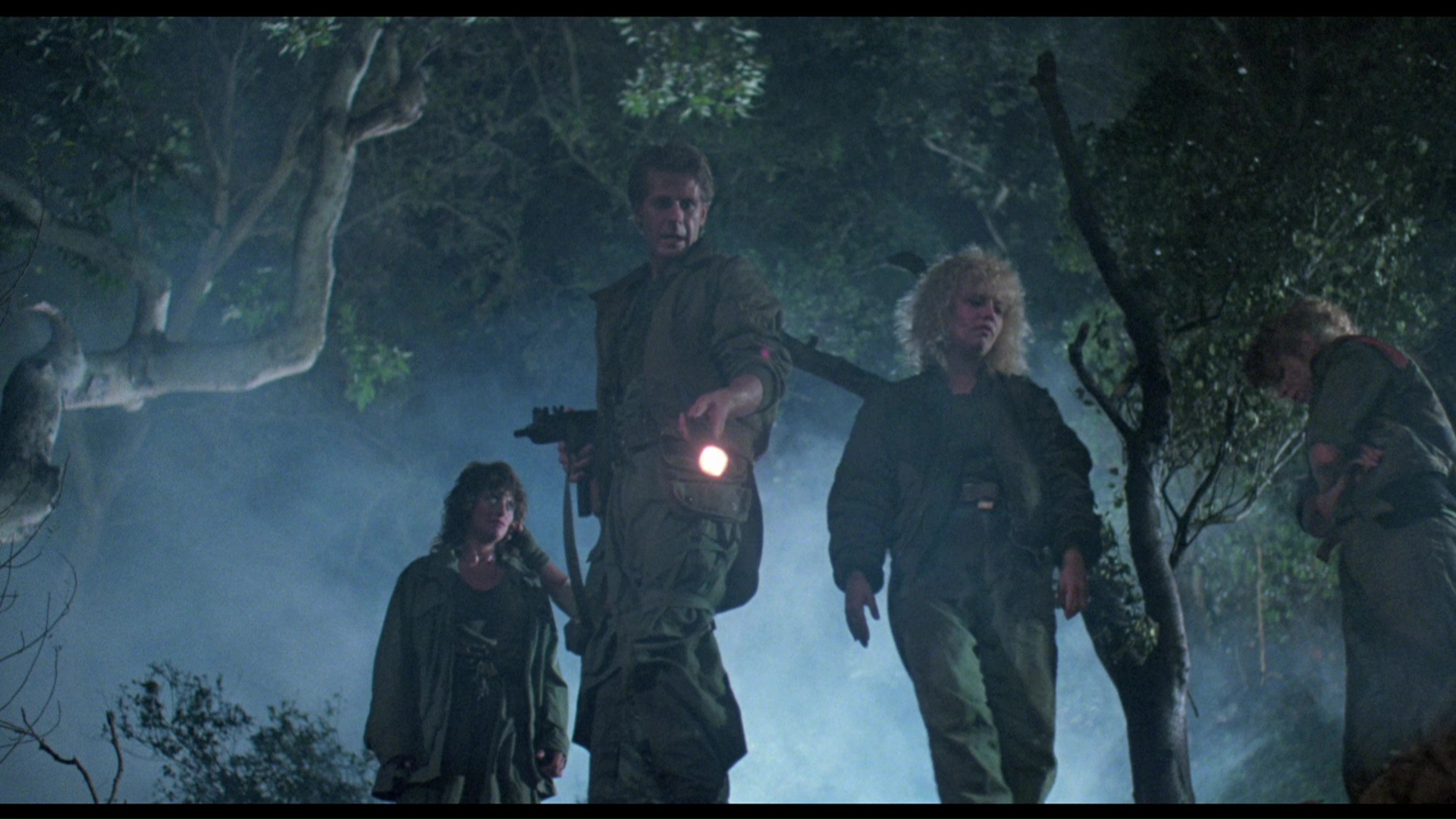 others with less sufficient lighting have much more pronounced, distracting layers of grain, a natural consequence of the shooting conditions. In short, this is about as good as the film can probably look. The LPCM stereo audio sounds solid, with Zimmer's score and the energetic finale getting the biggest boosts, and optional English subtitles are included. Ex-Fangoria editor Chris Alexander (who was still working there when this was recorded, which means it was done quite a while ago) sits down with Maroney for an audio commentary. She's fun as always and remembers a lot about the film, though neither of them know or say a whole lot about Mastorakis. Unlike most commentaries they actually get more chatty and comfortable as the film goes on, so stick with it. A new self-produced, 27-minute interview with Mastorakis is amusingly quite in keeping with the extra features he produced for his older DVD titles; expect lots of chintzy graphics and cheerful self-promotion, exaggerated by the fact that... he interviews himself. That's right, for almost half an hour we cut back and forth between cameras as the filmmaker fires off questions about the making of the film. It's definitely not something you'll forget soon and ranks up there with the Michael J. Lewis interview on Arrow's Theatre of Blood on the eccentric scale. In "Zero Girl," Maroney chats for another 8 minutes about her career around this time including her rope course experience that gave her the confidence to take the role, her auditioning process, and the assertive nature she brought to the production. In "Blame It on Rio," actress Nicole Rio also gets 8 minutes to briefly cover her career while sitting in a noisy park. A new 90-second HD stills gallery features plenty of production and promotional shots. Carried over from the earlier DVD are two custom-made "music videos" for tracks from the film, the main theme and "The Spelling of S.U.S.P.E.N.S.E," as well as the theatrical trailer. The package also features a booklet with liner notes by critic James Oliver. If you need a fix of '80s junk food cinema, this one should definitely satisfy.