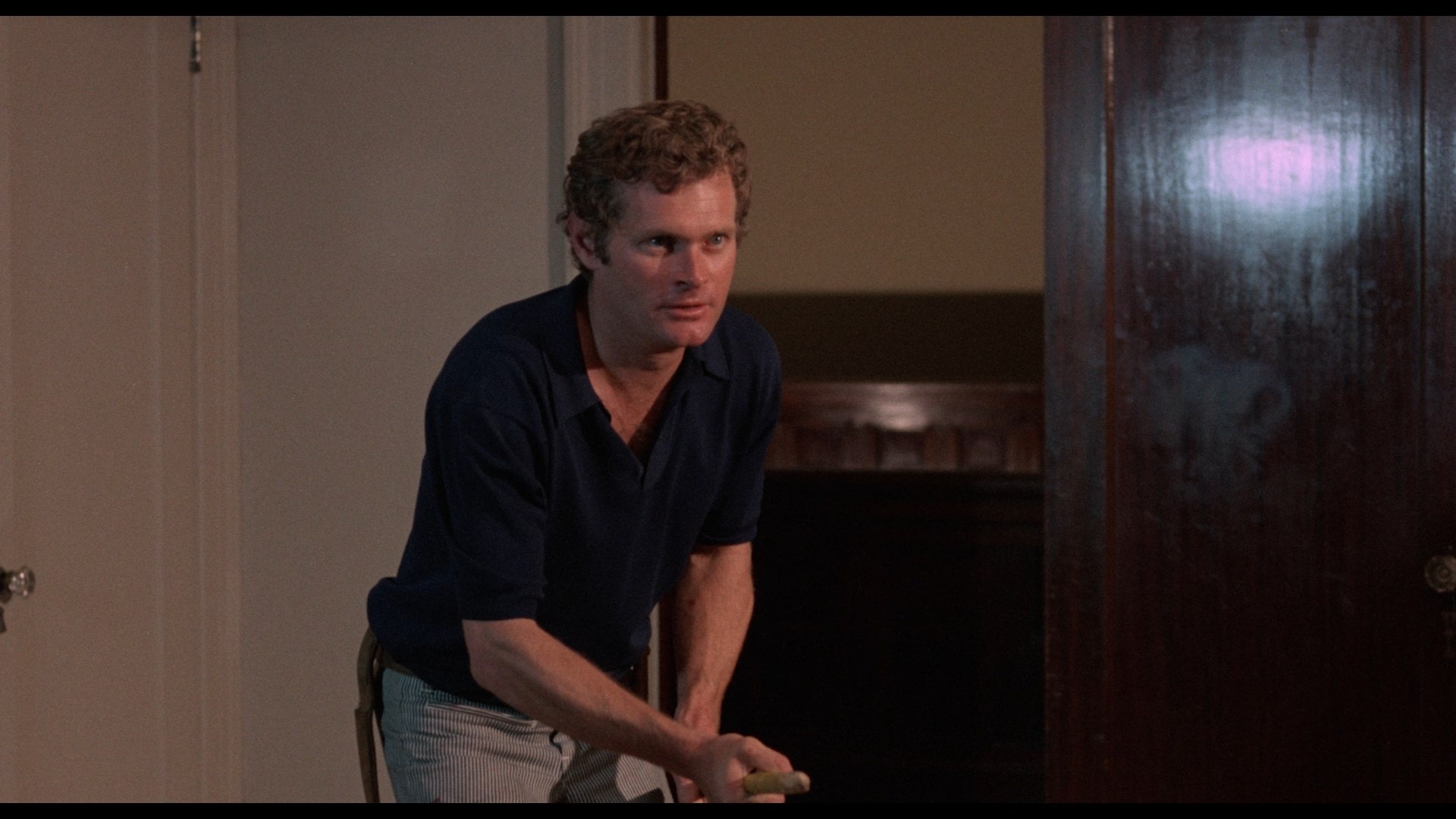 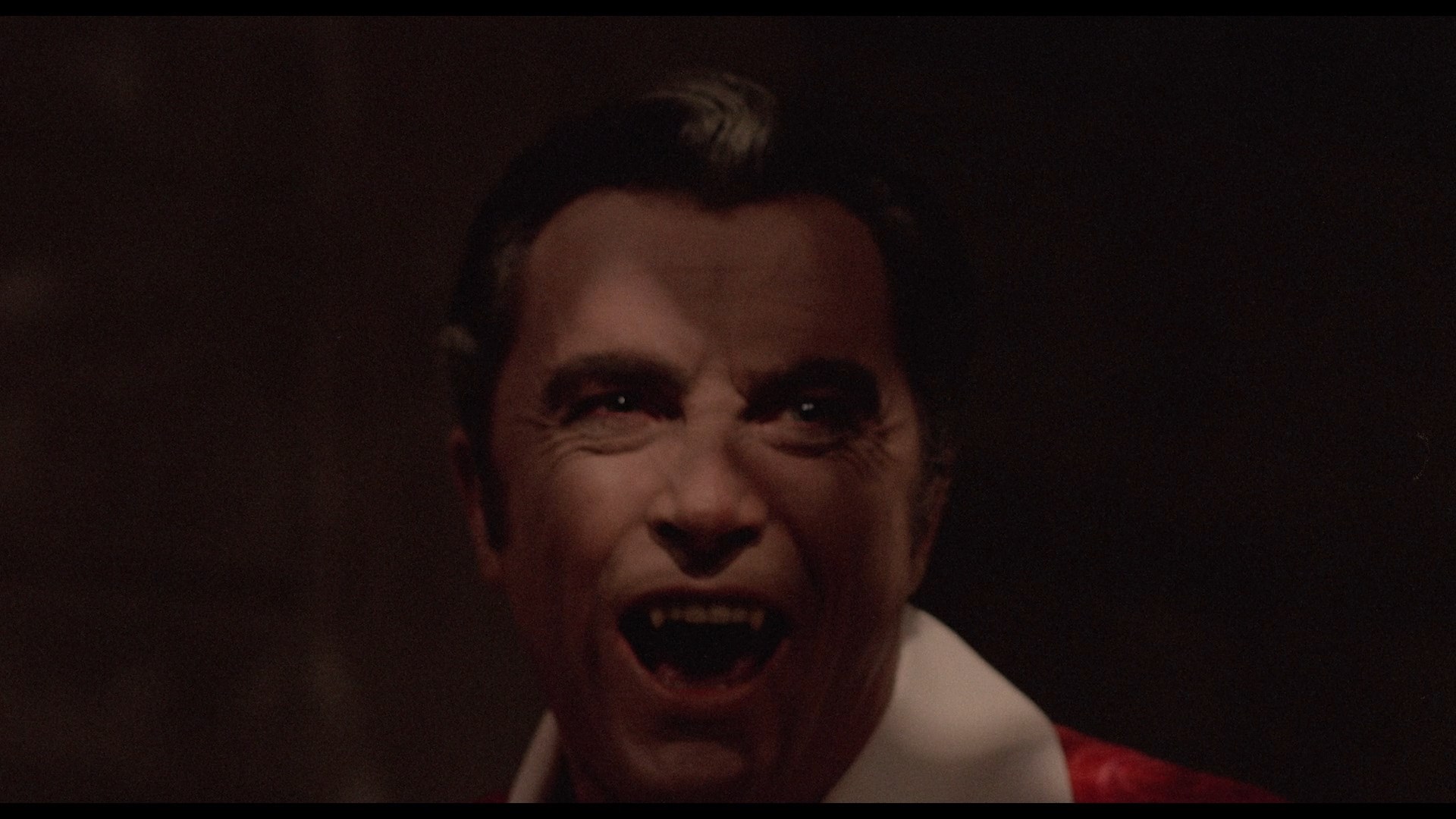 After the success of their collaboration with Hammer for The Vampire Lovers, AIP went a bit vampire crazy in the early '70s and launched two-film series for a pair of very different modern bloodsuckers, Count Yorga and Blacula. The former was played in both films by Robert Quarry, who was being groomed as a sort of successor to Vincent Price in the horror star sweepstakes, even pairing them off in the later films Dr. Phibes Rises Again and Madhouse. The California-born Quarry tended to play his horror film roles in a more subdued and realistic key than Price as seen in other titles like Sugar Hill and Deathmaster, but his ascendancy was abruptly cut short when he was seriously wounded by a drunk driver and disappeared from sight for several years. However, his role as Yorga ensured him a small but fervent cult following in the classic horror community, with both films in circulation on home video in some form or another almost without fail since the VHS days.

In Count Yorga, Vampire, mystical consultant Count Yorga spends one moody California evening holding a séance for Erica (Lang) and her friends to contact her dead mother. Among the gathering are Michael (producer Macready), Paul (Murphy), and Donna (Anders), and things take a decidedly sinister turn after they wrap up when a trip to drop Yorga off at his house leaves Erica and Paul disoriented the next morning from what may have been a vampire attack. Suffering from increasingly savage behavior and a loss of blood, Erica appears to have been bitten by a creature of the night, with Dr. Hayes (Perry) deducing she's under the spell of a vampire after she's caught munching on a cat. Soon they have to team up as disappearances and attacks proliferate, finally uncovering the truth about Erica's 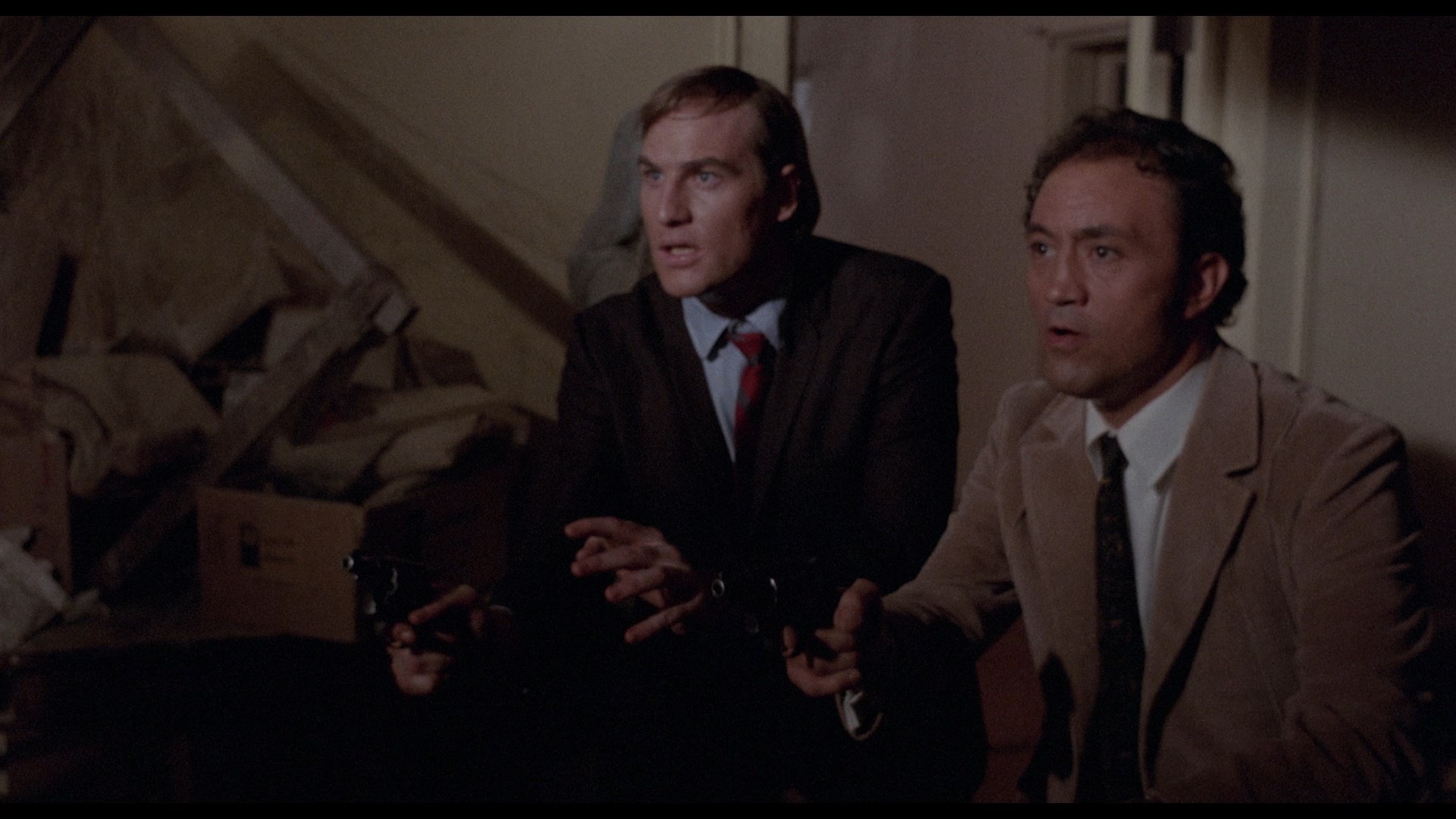 mother and Yorga's dark plan for them all. 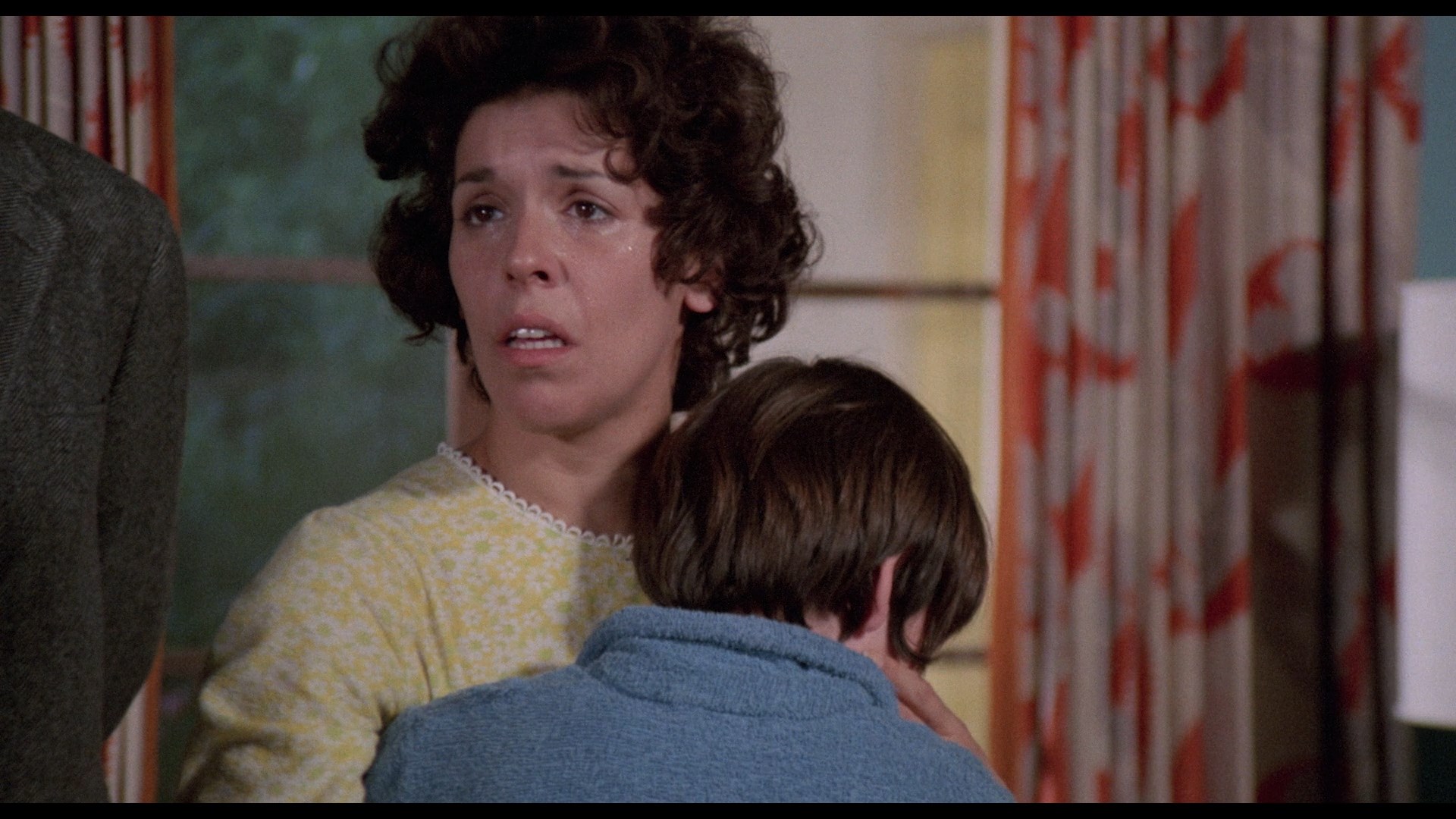 (some in script form, other filmed but jettisoned during editing). The sexploitation vibe can still be found in one surprising bit of cleavage rubbing and an appearance by busty, beloved skin goddess Marsha Jordan, but it isn't pronounced enough to jump out too much if you aren't looking for it. Murphy would go on to have the most substantial career out of the entire cast (with future roles including Nashville, Manhattan, Phase IV, and Strange Behaviour), but this is really Quarry's show all the way. He manages to command the screen whenever he appears and gets some great moments, including a slo-mo fanged charge at the camera repeated in both the sequel and Blacula. Technically it's not the most polished film with some really sloppy lensing at times, and the pace is erratic and often downright pokey at times; however, the pluses far outweigh the cons, and its little wonder this has stayed in fans' memories for decades.

Stories about the film's tampering at the hands of the MPAA were proven true after its initial VHS release from HBO when the rights passed to MGM, who broadcast an earlier, longer cut of the film bearing the title card The Loves of Count Iorga (the standard one seen today). A nastier, greatly extended version of the 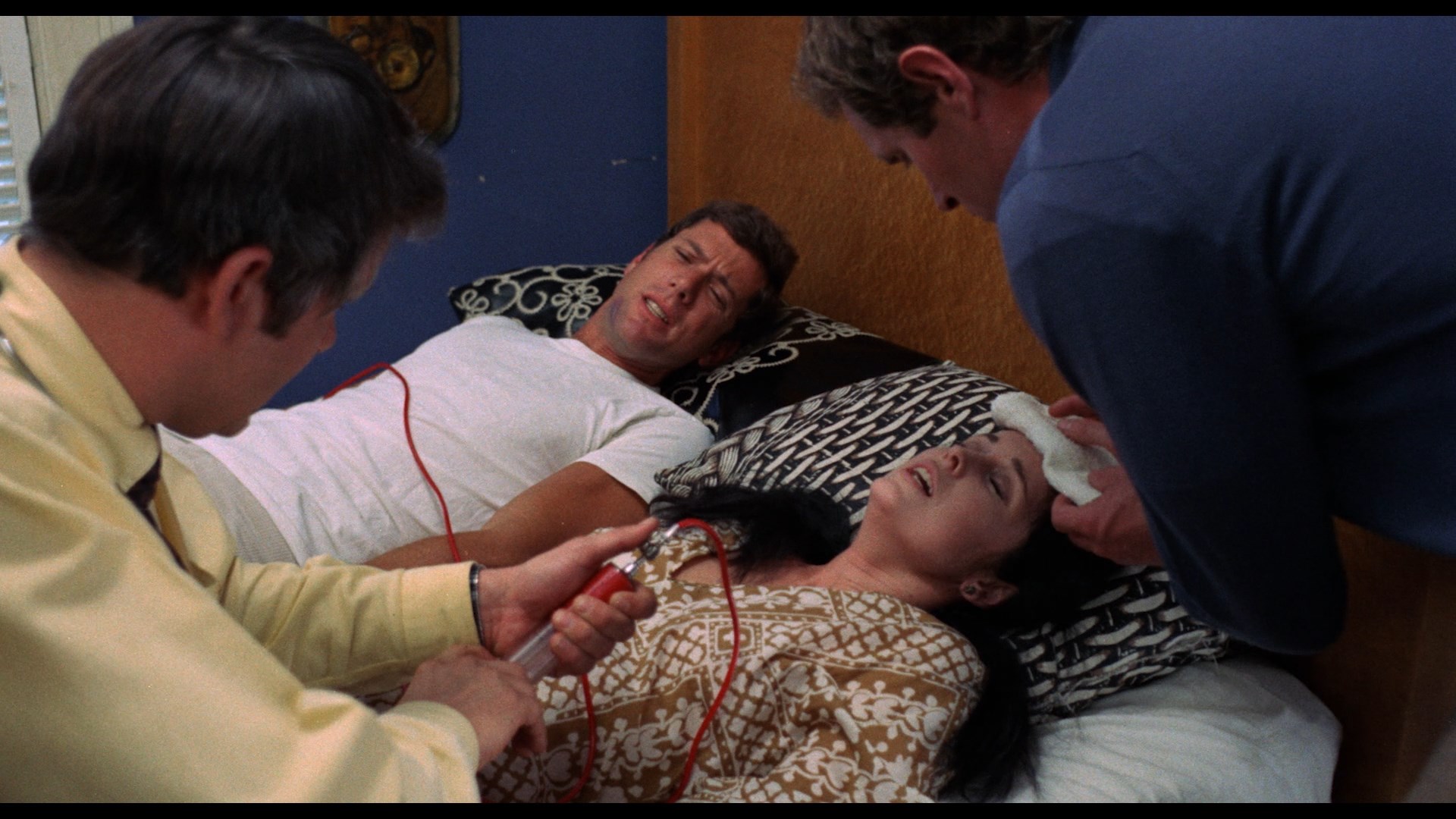 cat scene was the only significant change, but it was enough to justify a new PG-13 rating to be slapped on the film for its DVD debut in 2001 as a standalone title (then a reissue paired up with the sequel). Image quality has always been perfectly fine since the elements were kept in fine condition, so it wasn't a surprise when the 2015 Blu-ray from Twilight Time turned out to look excellent as well. The technical deficiencies baked into the feature itself (some wonky framing, insufficient light in a few night shots, etc.) are always going to be there, but for what it is, the MGM HD transfer looks great. Extras on the Twilight 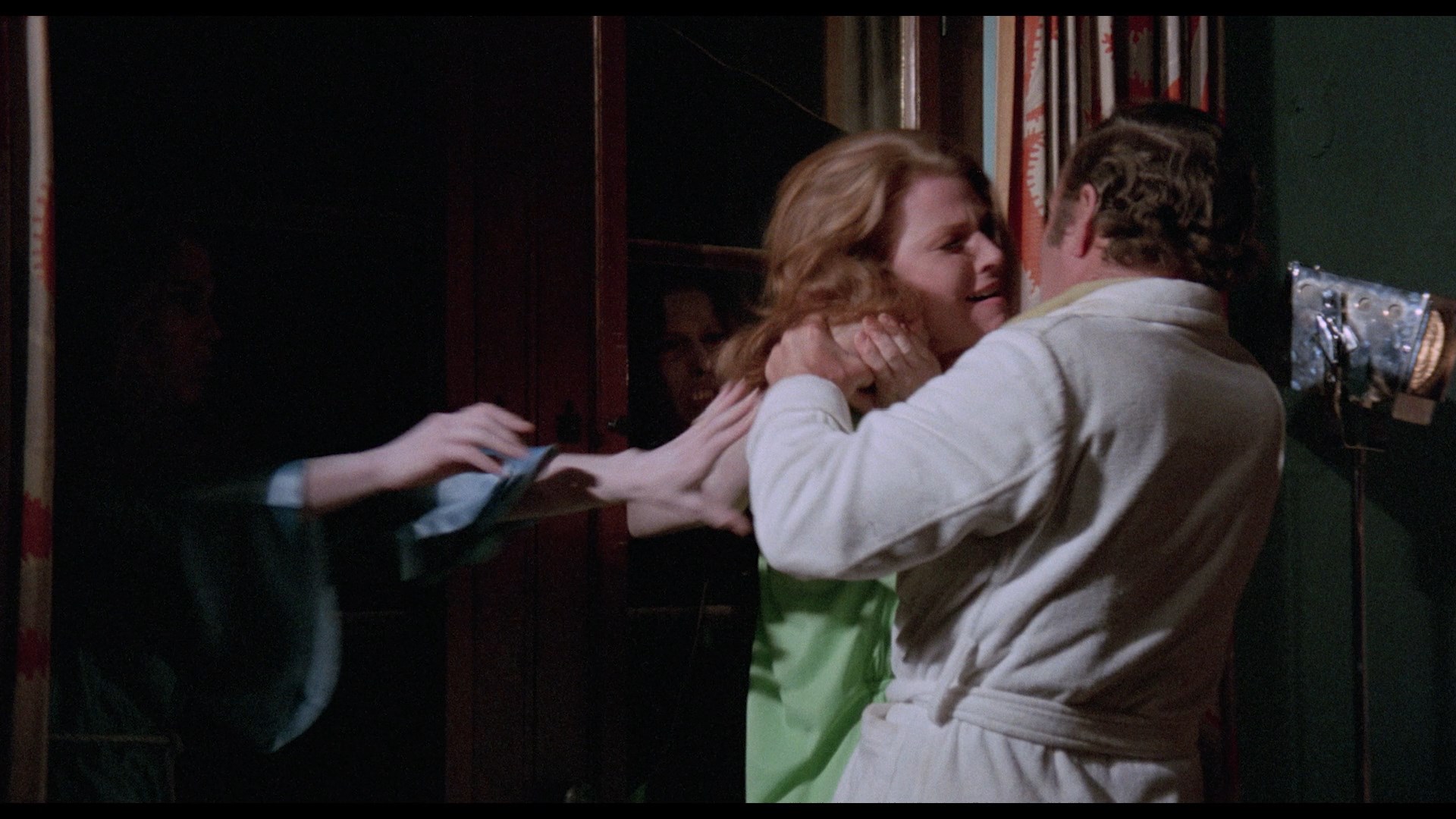 Time disc include an audio commentary by David Del Valle and Tim Sullivan (which covers their rapport with Quarry over the years before his death, the actor's days at AIP, and some not entirely persuasive speculation about how his sexuality may have informed his performance), a reading by both of the commentators of a Rue Morgue interview with Quarry (13 mins.), a 45-minute "Fangirl Radio Tribute to Robert Quarry with Tim Sullivan" featuring Jessica Dwyer, the theatrical trailer, and a pair of still galleries, one from the MGM archives (including a glimpse at some of the discarded sex scenes complete with an unexpected shot of a bare-assed Murphy) and another from Sullivan's collection showcasing his time with Quarry near the end of the actor's life and his participation in a Yorga double feature tribute in L.A. Also noteworthy is an isolated score track featuring the eerie score of Bill Marx, which has never been released in any other format.

An improvement and refinement in every way over its predecessor, The Return of Count Yorga amps up the scare factor considerably for what amounts to a new adventure for the obsessive vampire with no continuity at all with the end of the prior film. Here Yorga has settled in a small California town near an orphanage run by Cynthia (Hartley) and Reverend Thomas (Toner), which provides fresh pickings for his blood thirst. At a costume party on the premises, Yorga strikes up a rapport to Cynthia and irritates her fiance, David (Perry in an entirely different role), but that's just a prelude for a savage attack that night by Yorga's vampire brides. The next morning Cynthia has no conscious recollection of 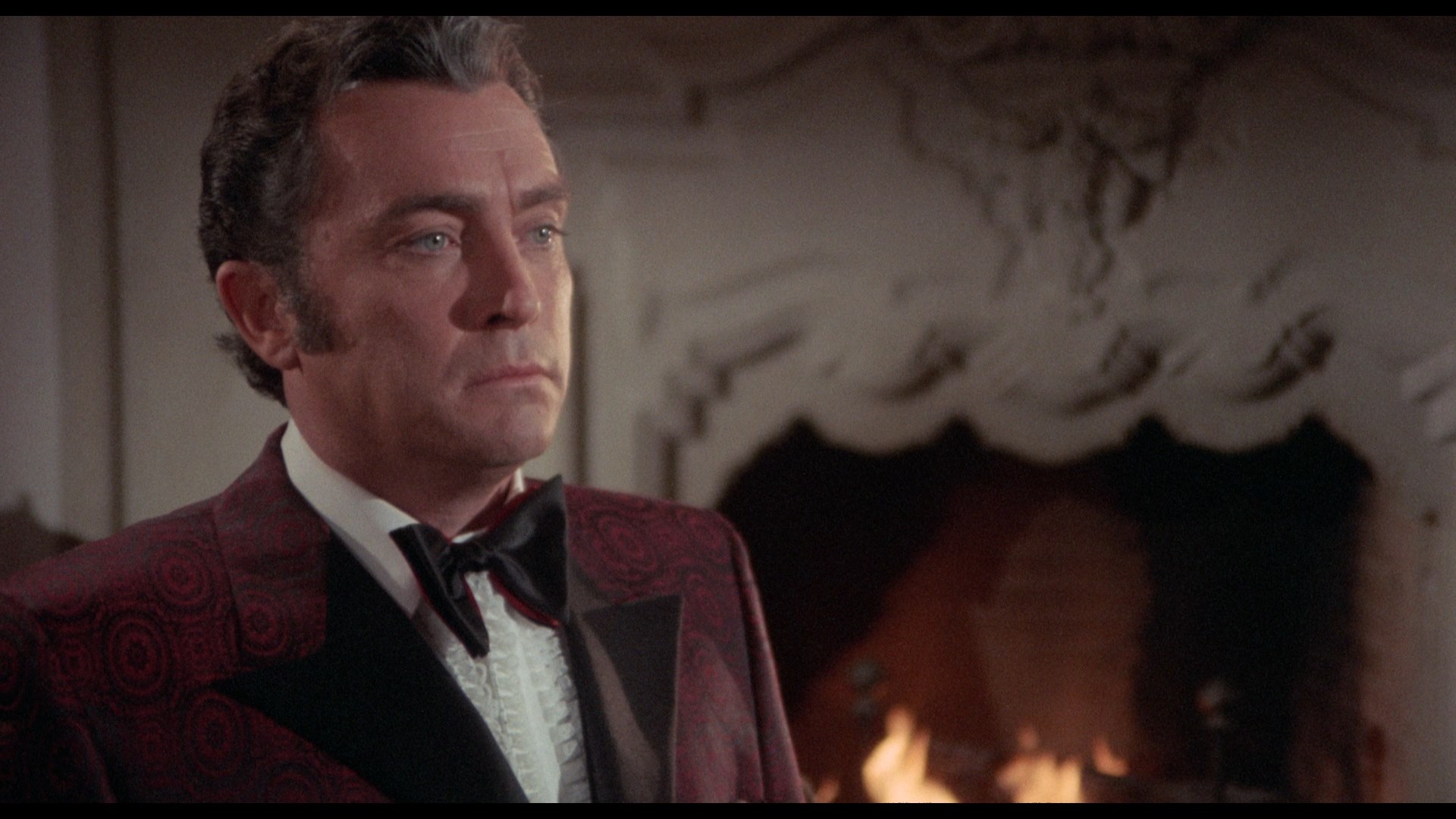 the assault, but in Yorga's clutches she has sudden nightmarish flashes and tries to piece together everything that really happened as the vampire turns out to be completely smitten and hellbent on making 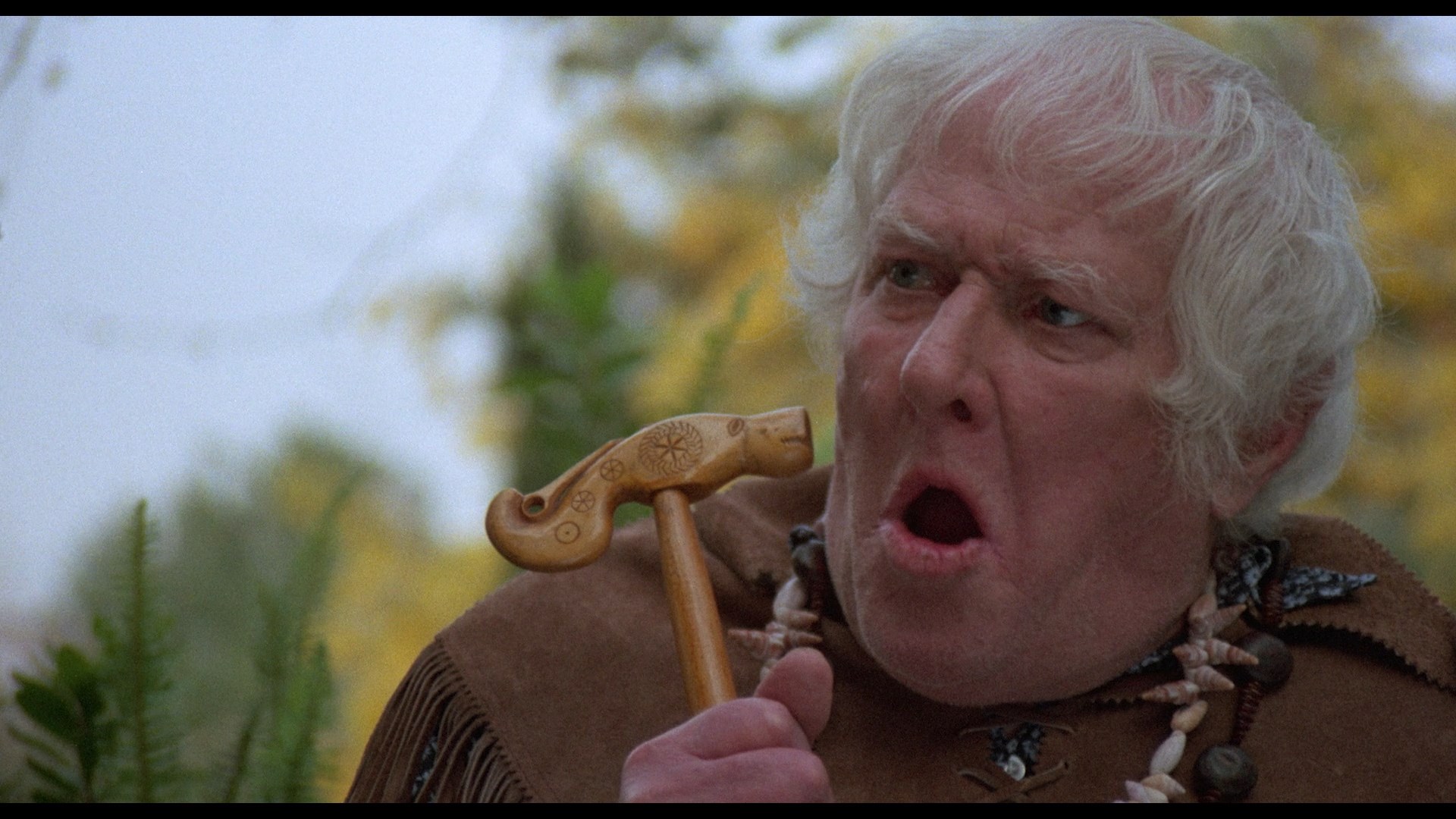 her his next bride.

Though it features most of the same personnel behind the camera and several in front of it (with Macready also returning in a different role), this is a rare case of a horror film smartly outdoing the original by ramping up the scare value and artistic credentials considerably. It's a truly chilling and beautifully shot film, with the attack on Cynthia's family (carrying echoes of the Helter Skelter murders) ranking among the most harrowing moments in '70s American horror. Several elements of the first film are carried over here (namely the amnesia story element and a similar, very downbeat ending complete with shock freeze frames), but they're pulled off with more panache here. Quarry is excellent as usual here with more substantial screen time spread around throughout the film, and his rapport with Hartley manages to be a bit more philosophical and effective than the usual monster-in-love tropes you'd see around this time.

Unlike the prior film, this one somehow managed to stumble through the MPAA unscathed with a GP rating that was eventually switched to an R when it was resubmitted for home video. Unlike the original, it was held off until the AIP library passed to Orion to make its VHS bow, followed by a 2005 DVD release mentioned above as a double feature (with a 2000 VHS reissue from MGM in the interim). This one also bowed on Blu-ray in 2015, but MGM licensed it out to Scream Factory instead 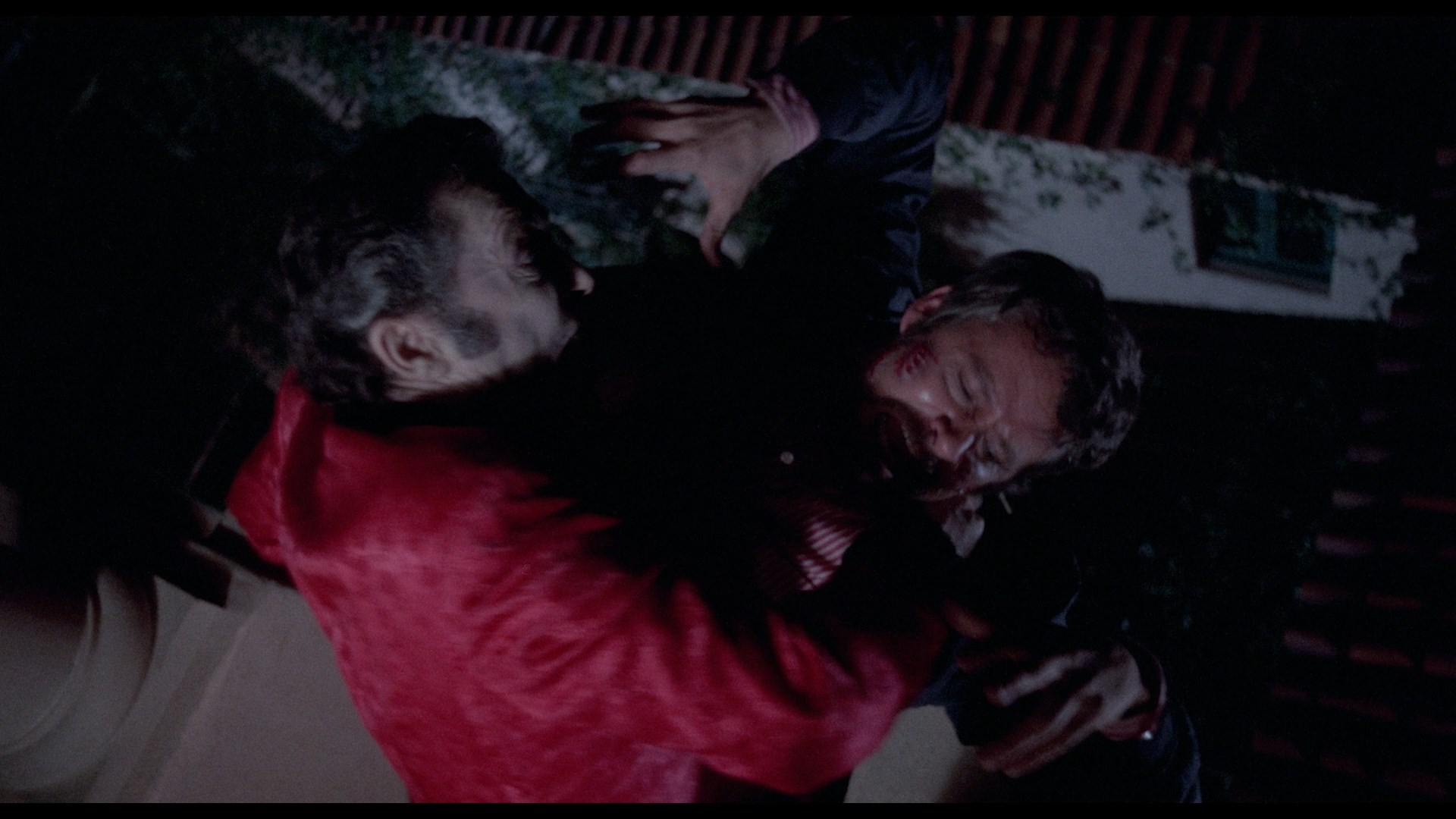 (ensuring the two won't be bundled together in HD on U.S. home video any time soon). The MGM transfer looks robust as usual for a '70s AIP title with very vivid colors and, thanks to more professional cinematography, a nicely crisp and clear, cinematic 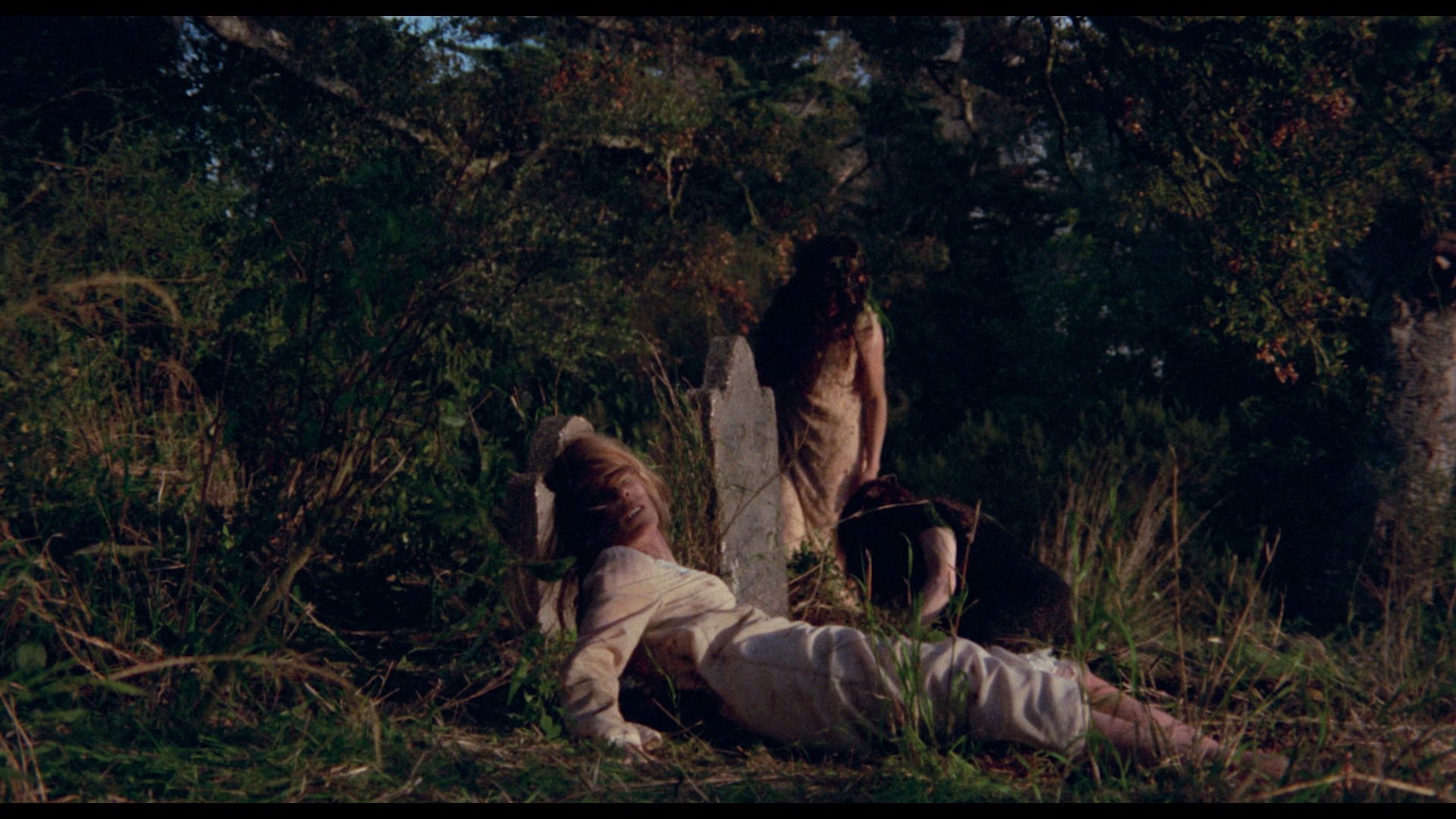 appearance throughout. Extras include a fine audio commentary by Steve Haberman and actress Rudy De Luca (focusing a lot of Quarry and the state of AIP at the time) along with the theatrical trailer, a TV spot, radio spots, and a still gallery.

In 2016, the Yorga films made their Blu-ray bow as a single release courtesy of Arrow Video's UK edition, with a simultaneous DVD double feature to match. The transfers are from the same excellent HD masters created by MGM, and you'd be hard pressed to tell much difference between them apart from a slightly more robust bit rate accorded to the second film. Like the separate editions, the films have perfect DTS-HD MA mono English audio tracks with optional English subtitles. Interestingly, both films feature entirely new audio commentaries by Del Valle and C. Courtney Joyner, with the first film getting a more rounded and informative pass this time with Del Valle refashioning much of the same info into a more streamlined (and less dishy) format. He bounces off Joyrner well in both tracks as they delve deeply into the history of vampire cinema both before and after these films with various elements flying around (the impact of religion, the imagery of vampire brides and hypnotized children, etc.) that can be found in other classic (or not-so-classic) titles. Author and film critic Kim Newman also chips in with a fun, 33-minute appraisal of the films including the origins of Kelljan and Macready's careers, the recruiting of Quarry, the public appetite for vampires thanks to Dark Shadows, Quarry's superior work on The Rockford Files, and the films' place in the '70s vampire canon alongside titles like The Night Stalker. Also included are theatrical trailers for both titles, a different gallery of stills and poster art, and in the first pressing only, a liner notes booklet by Frank Collins about Quarry and AIP's early '70s dabbling in vampiric cinema.