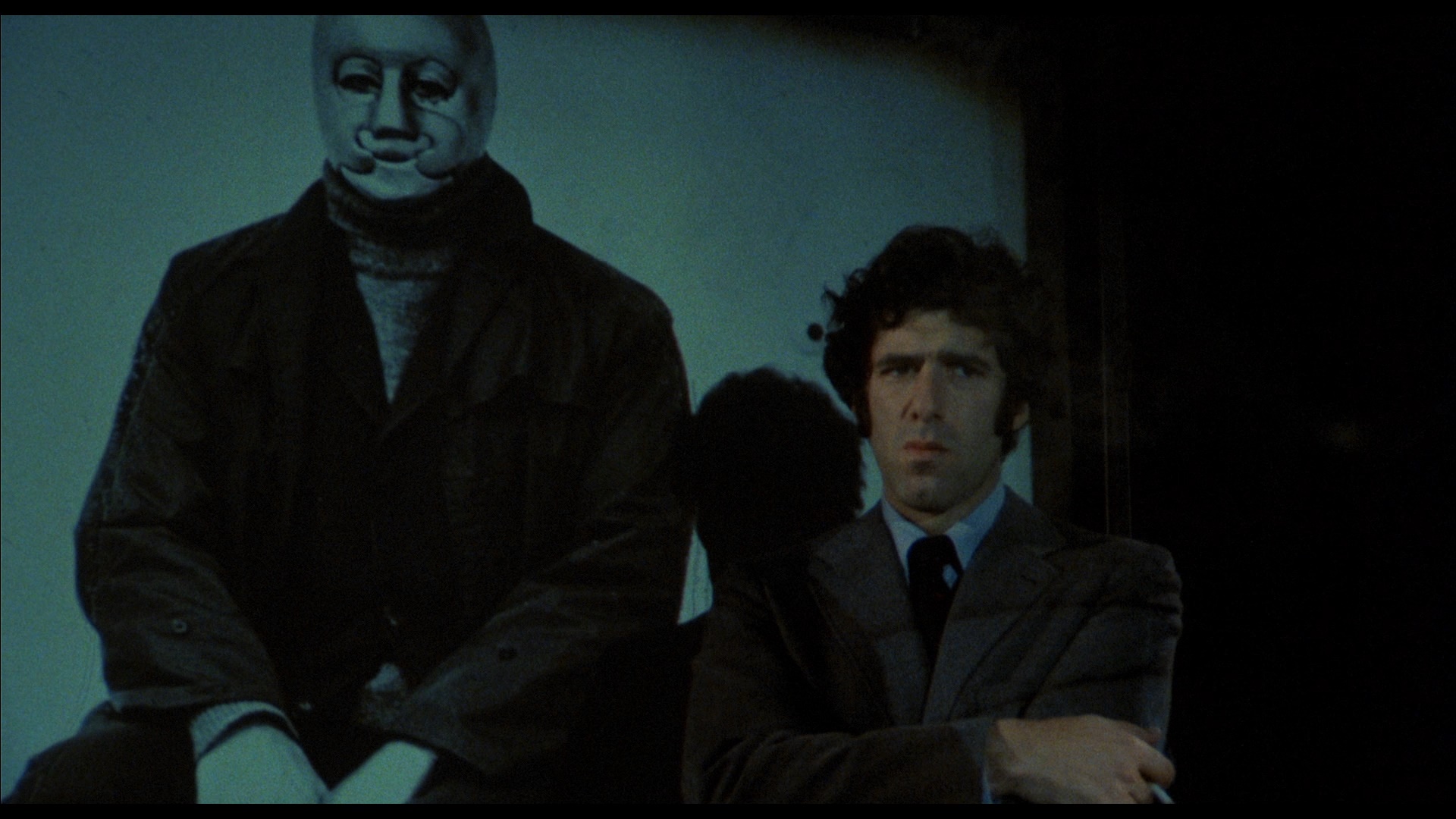 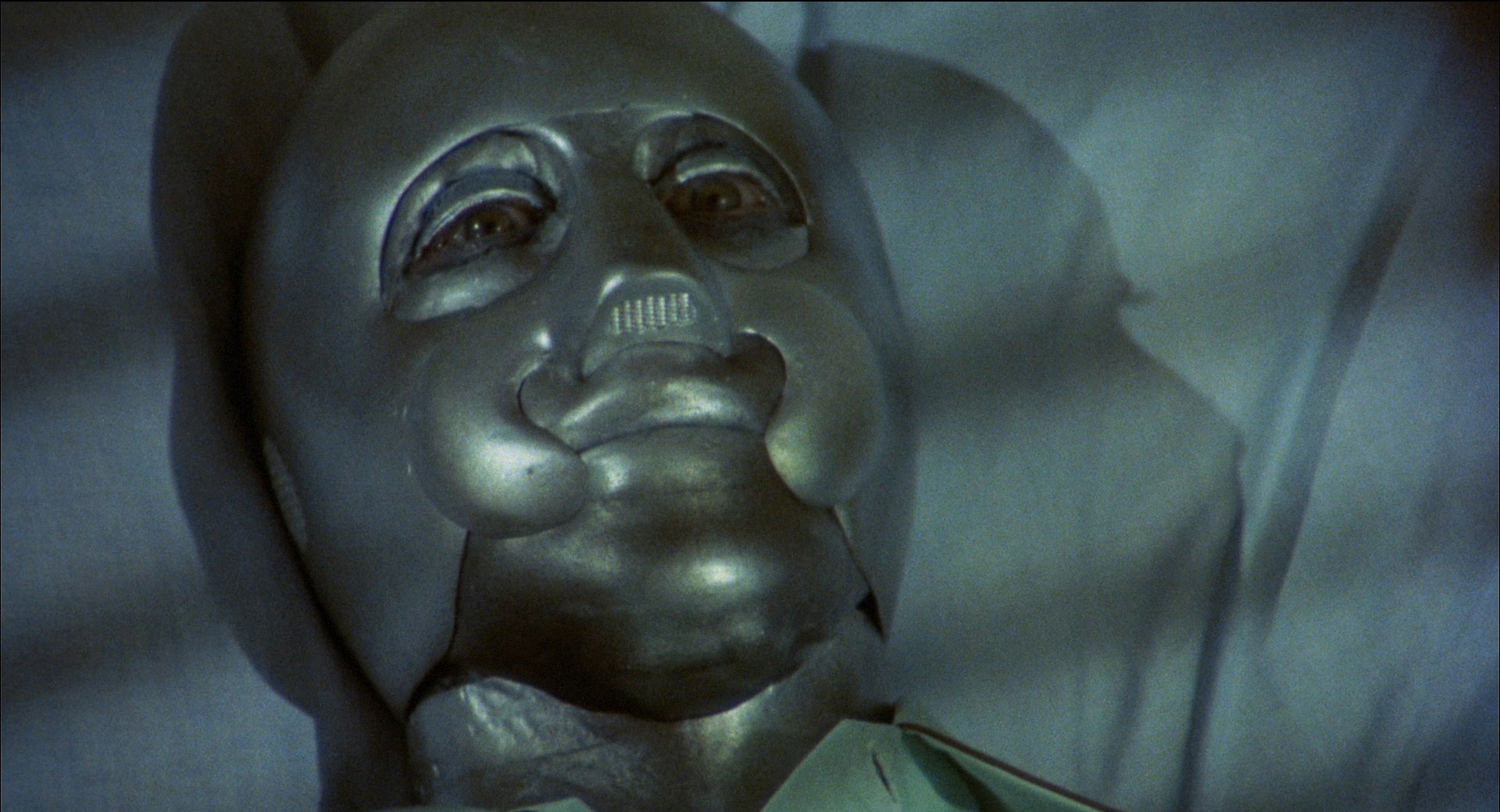 thriller and cerebral sci-fi, this forgotten '70s oddity with a shockingly solid cast is now perhaps best remembered for its shameless VHS release, which was retitled Robo Man to cash in on the recent success of RoboCop. The original title (taken from the source novel by Algis Budrys) is more in line with Euro imports of the time, which often bore perplexing names like What? and even W. No matter what it's called, this is definitely a film unlike any other and a worthy installment in the decade's string of solid paranoid character studies.

American authorities have finally arranged for the return of one of their most valuable scientists, Lucas Martino (Bova), who was severely injured in a car crash staged by the Russians to apprehend him. When their prized possession is returned to them, however, the scientist is now concealed by a metallic body created to save his life-- and which completely obscures whether this man is indeed still Martino, an impostor, or a brainwashed wreck. Enter Sean Rogers (Gould), an expert spy analyst who must come up with foolproof ways to determine the identity and loyalties of this mysterious metal man, while the KGB Colonel (Howard) responsible for the entire situation might have his own secret agenda.

Spy films have often integrated sci-elements into their stories for commercial value, most famously with several James Bond titles like You Only Live Twice and Diamonds Are Forever. The tactic here is quite different, however, as the technological elements are used in service of a story trying to question the nature of man's sense of self and the actual definition of trust, among other heady ideas. Still a hot box office name after the success of M*A*S*H, Gould was in the middle of a truly special, experimental period in his career which also saw The Long Goodbye, The Touch, and Busting, among others; he's really in top form here, and stage actor Bova does an excellent job of creating his character behind a limited character design that could bring up some unfortunate associations with 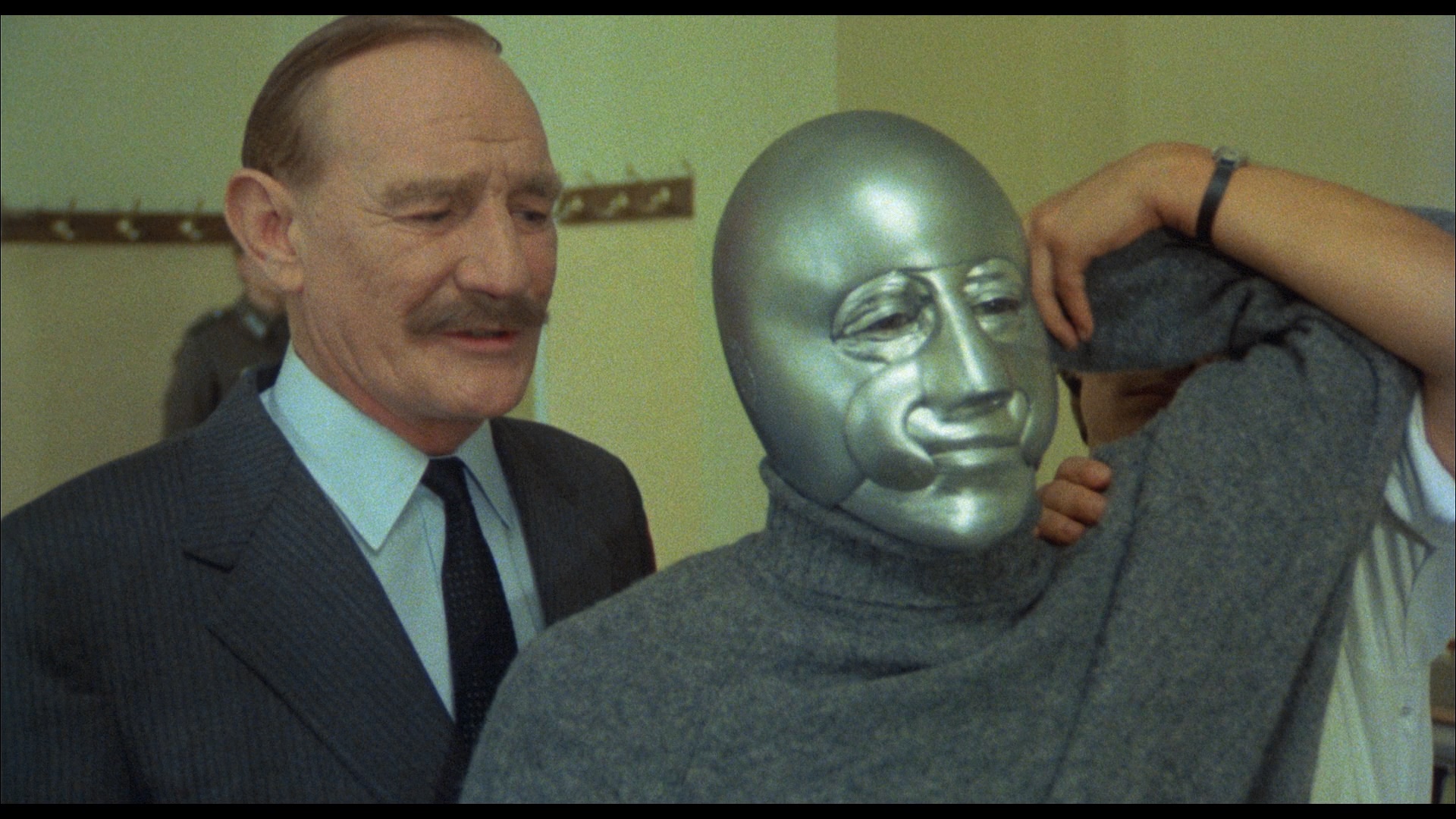 Styx or Buck Rogers among viewers of a certain age. Speaking of pop culture, it's also fun seeing James Noble, aka the governor from TV's Benson, popping up here as an American general right after his role in 1776. Also effective is the moody score by John Cameron, who wrote this the same year as the immortal Psychomania and the very underrated Night Watch. (And no, producer Barry Levinson isn't that Barry Levinson.) 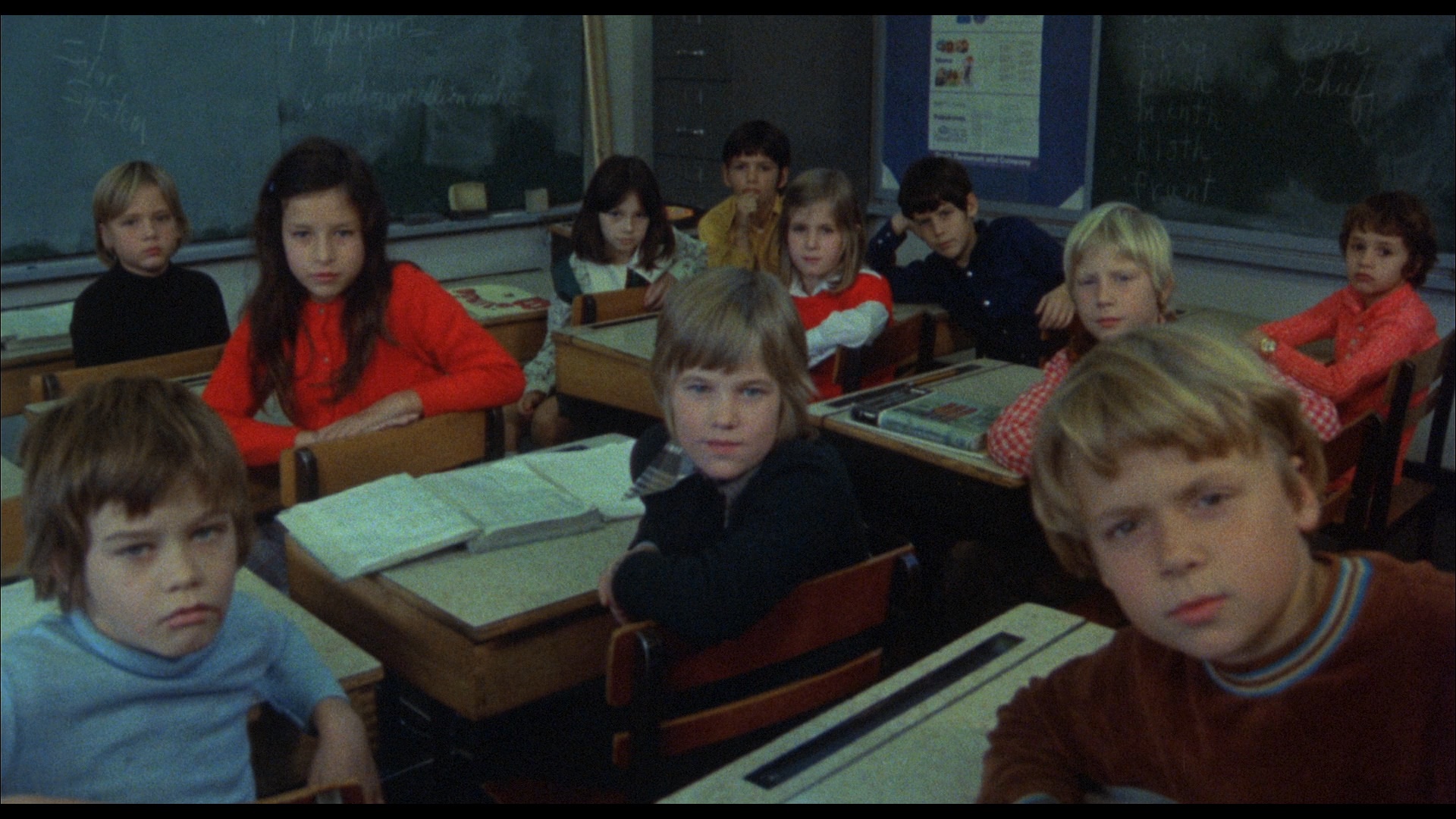 Considering it's only been available in terrible budget VHS versions with almost no TV play, it's gratifying to see a neglected little film like this getting the first-rate treatment. Scorpion's DVD features a new anamorphic transfer from the original negative and comes with a disclaimer about flaws in the original elements, which apparently must refer to a couple of exterior scenes marred by what appears to be either flawed lab work or a bad camera which results in a short but distracting fluttering effect. (Unfortunately, one of those scenes is right at the end of the movie!) It's not a big deal by any means, and otherwise it's a very good job all around. Extras include a scene-specific Gould commentary (in which he offers some disconnected but interesting thoughts about his reasons for doing the film and memories of his co-stars), a full feature audio commentary with director Jack Gold (who also helmed The Reckoning, The National Health, Aces High and The Medusa Touch) moderated by Tony Sloman, and a 25-minute video interview with actor Edward Grover, "The Megaton Mind" (25m28s), encompassing his entire career with just a fraction devoted to this film. The latter two features have a lot of interesting tidbits about Bova, who's really the star of the show even when he can't facially emote, and provide some good context for the setting and genesis of the film as 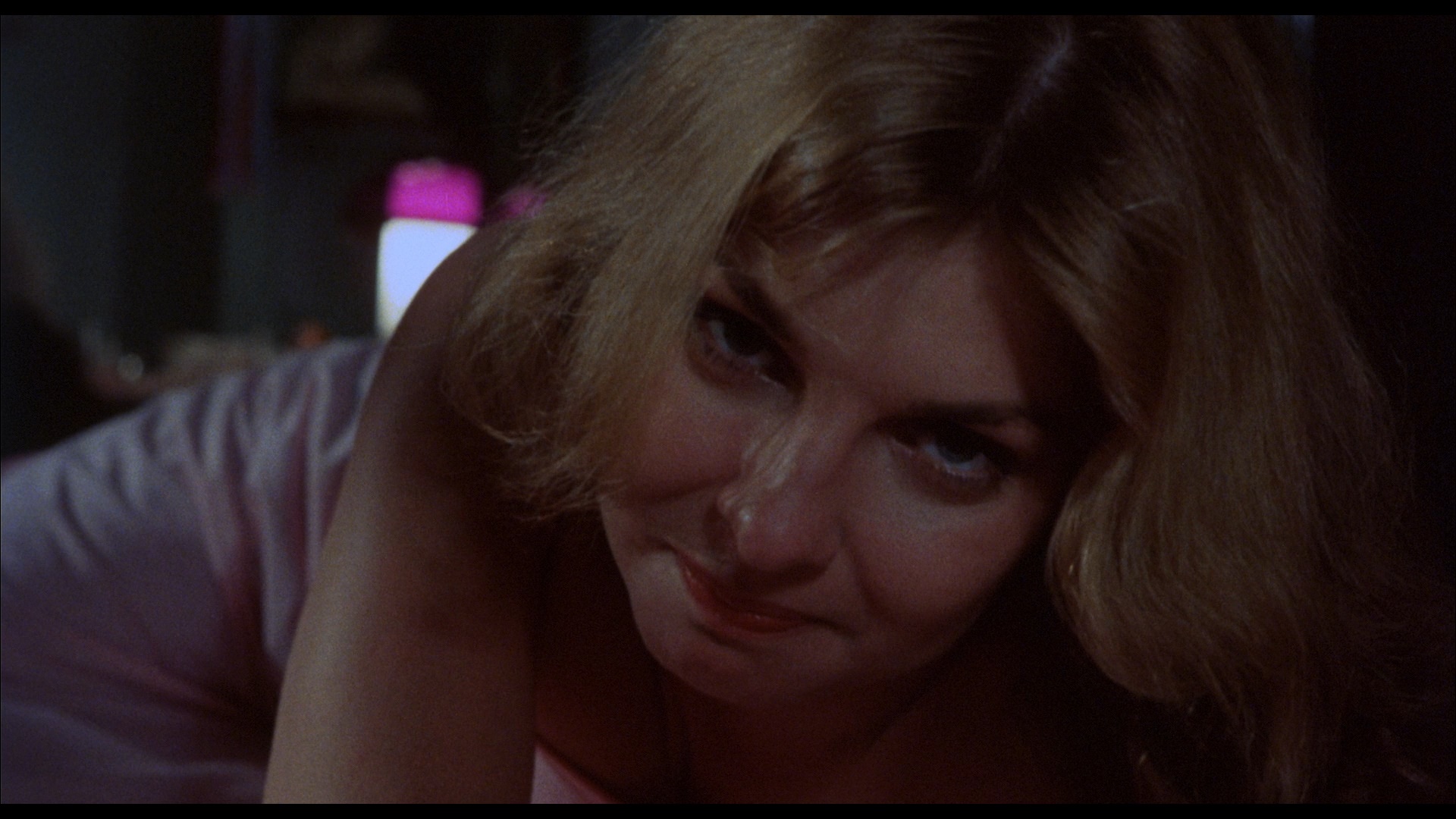 well. A long reel of Scorpion trailers is also included with fare like Super Spook, Where the Boys Are '84, and much more. In 2017, Kino Lorber brought the film to U.S. Blu-ray from the same master but with a bit of an HD upgrade, though for some reason it dropped all of the extras apart from the 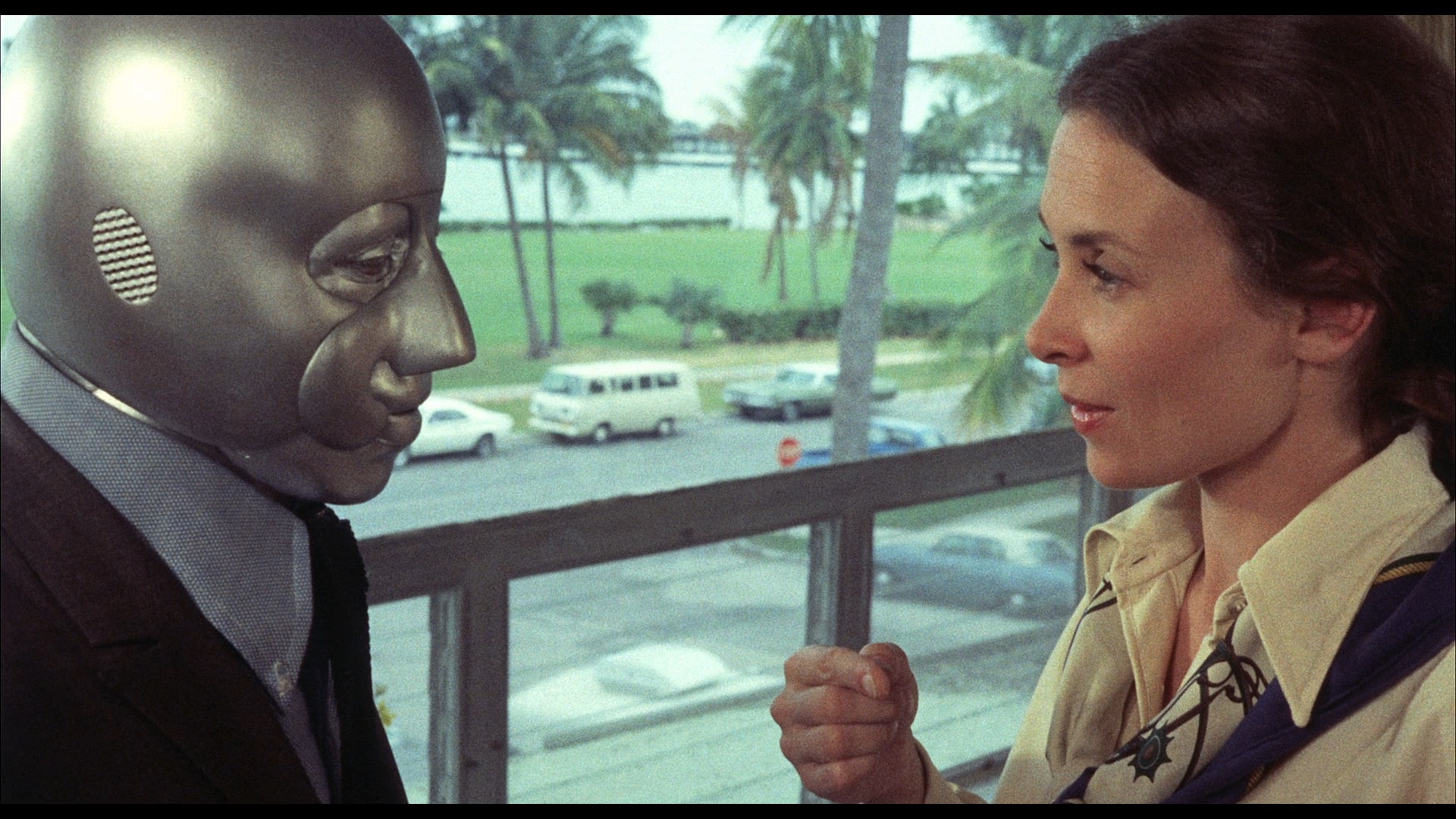 In 2019, U.K. label Indicator gave the film its Blu-ray bow with all of the relevant extras from the earlier DVD finally ported over along a new bonus as well, a career-spanning chat with Gold in 1990 with filmmakers Norman Swallow and Alan Lawson as part of the BEHP (The British Entertainment History Project). It's obviously meatier and more broad than the other track as he goes into great deal about his cinematic influences (including a lot of cinema verite) and memories of some of his more notable features. The same scan is used here with the most adept compression job, resulting in more defined grain and detail throughout while color timing appears to be identical. Framing is very slightly matted to 1.85:1 versus the earlier 1.78:1, with some minor variations in composition throughout that don't impact the film itself much one way or the other. In a welcome gesture, optional English SDH subtitles have also been added for the usual mono track, which sounds good for what it is. An image gallery is also included packed with posters, stills, and book cover art, while the limited 3,000-unit edition also has an insert booklet with liner notes by Phelim O'Neill, another text interview with Gold, an overview of the source novel, and sample critical reactions from the original release. Definitely worth a look if you want something truly off the beaten path. 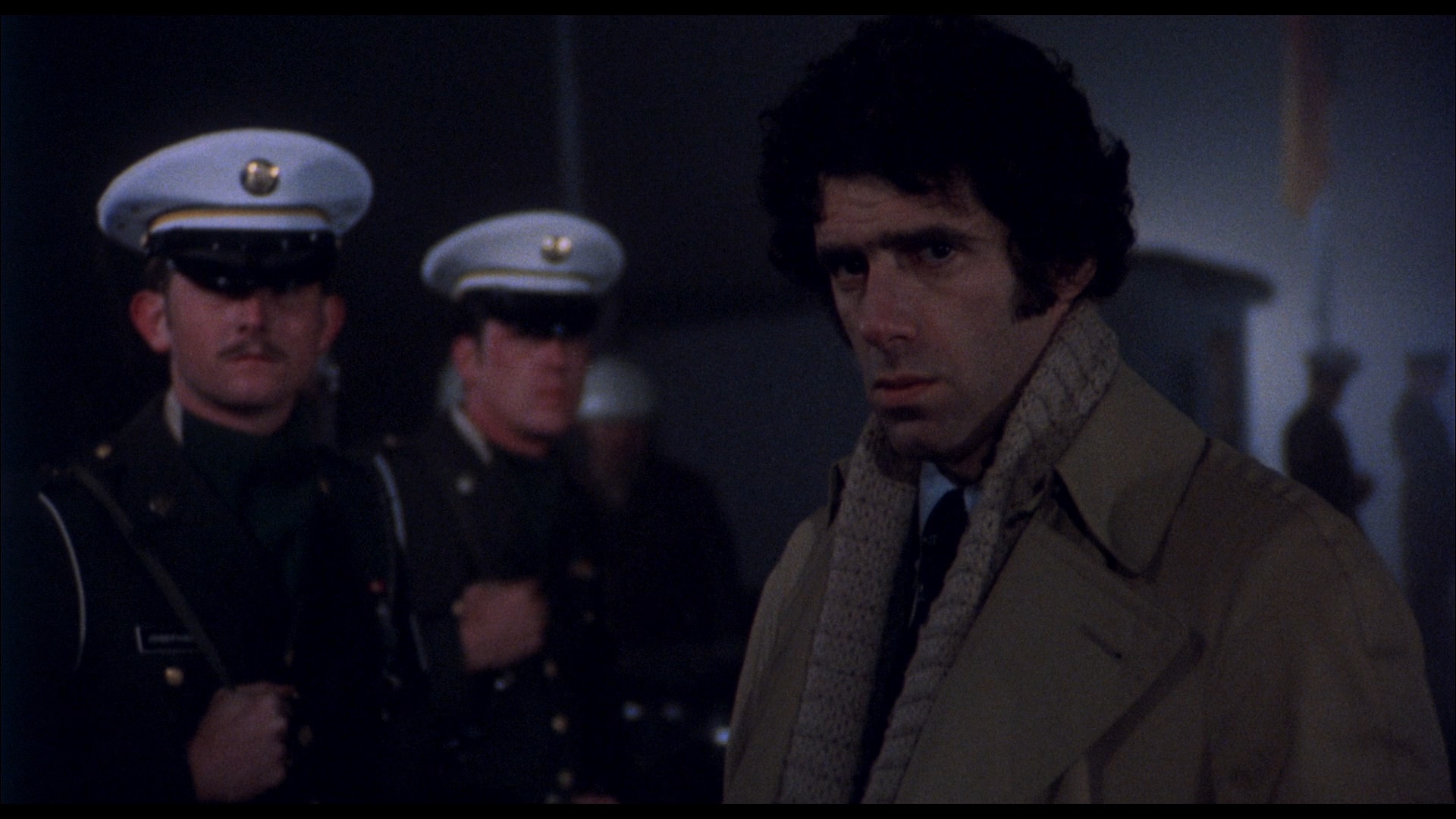 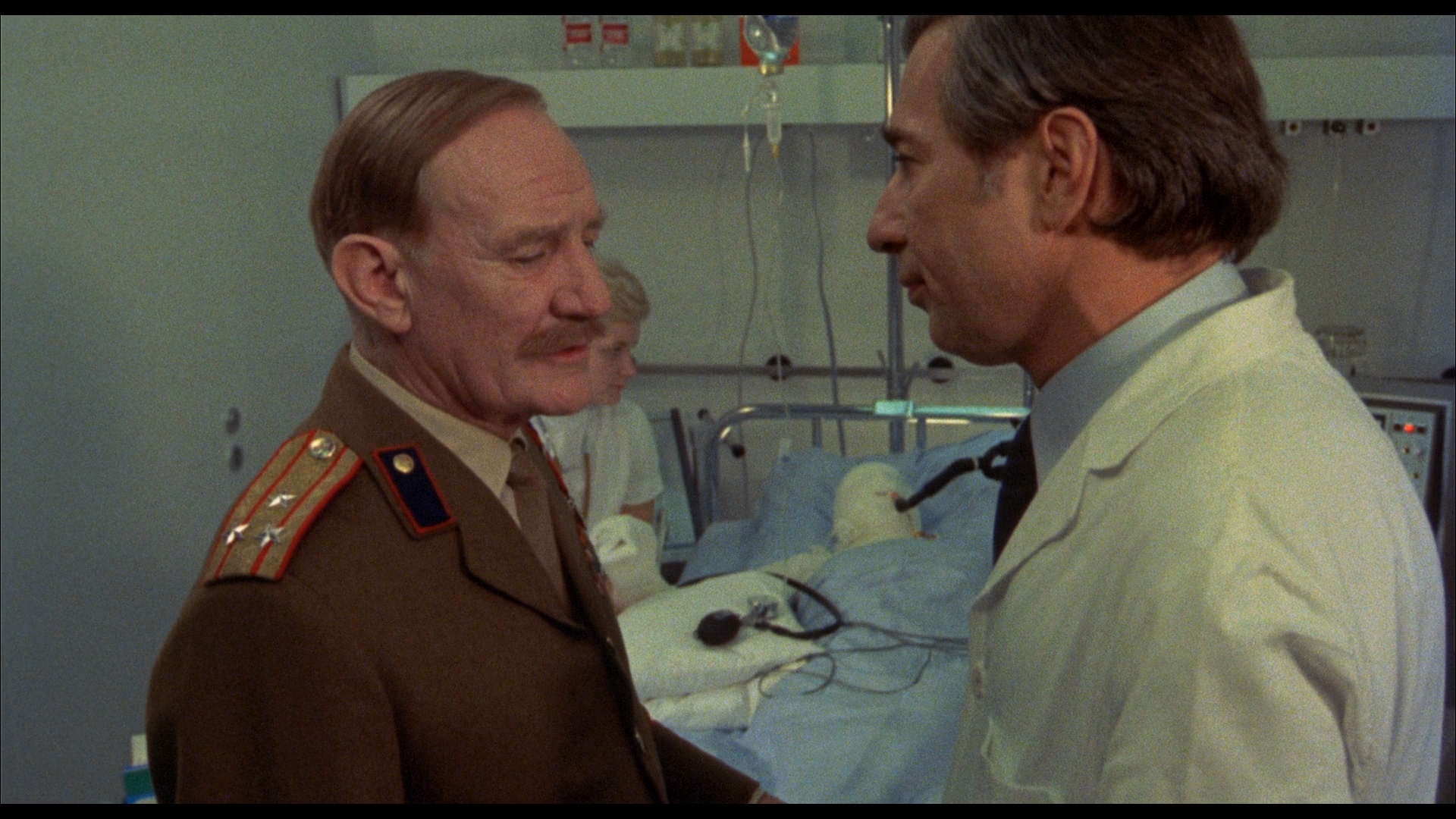 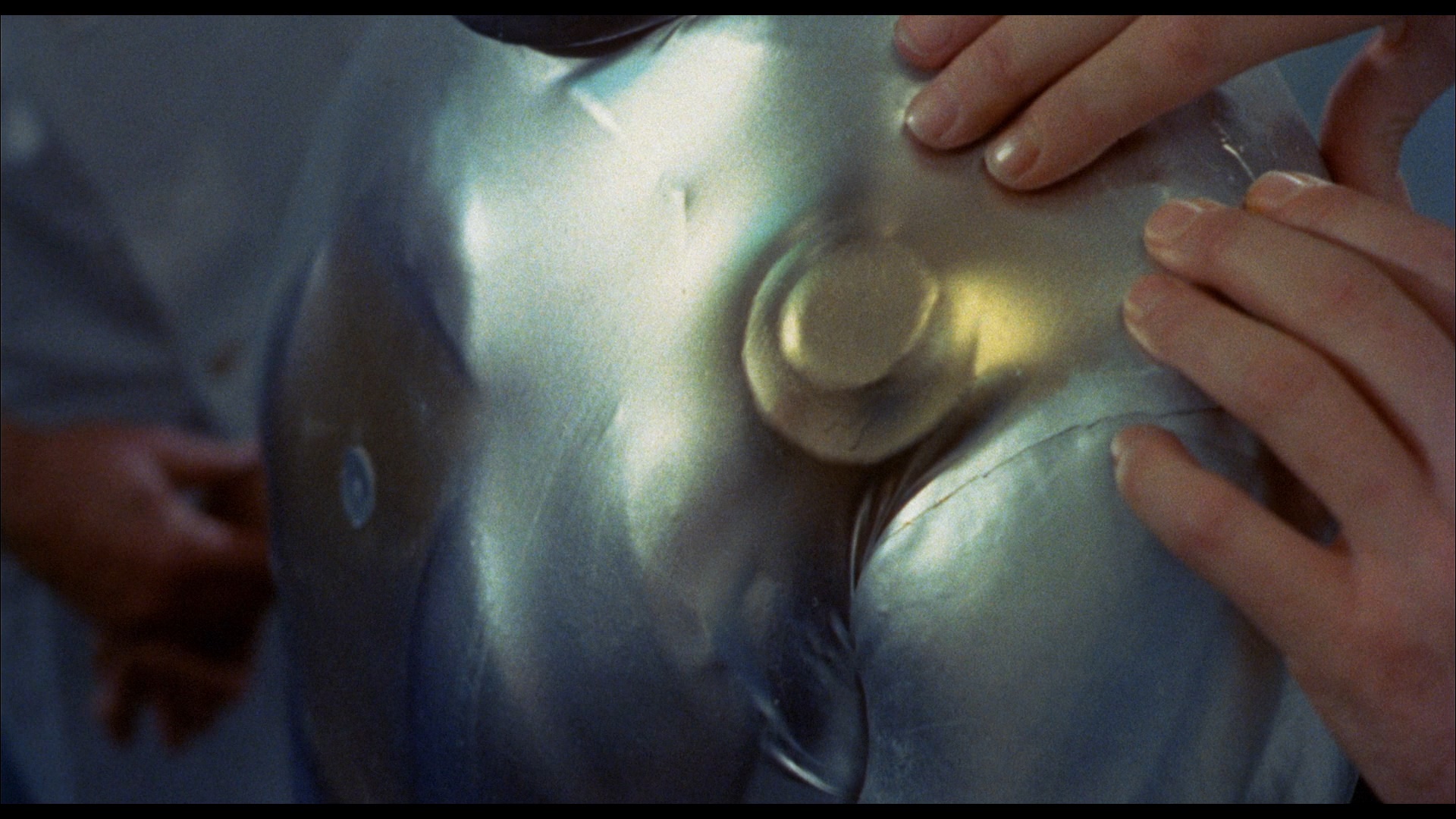 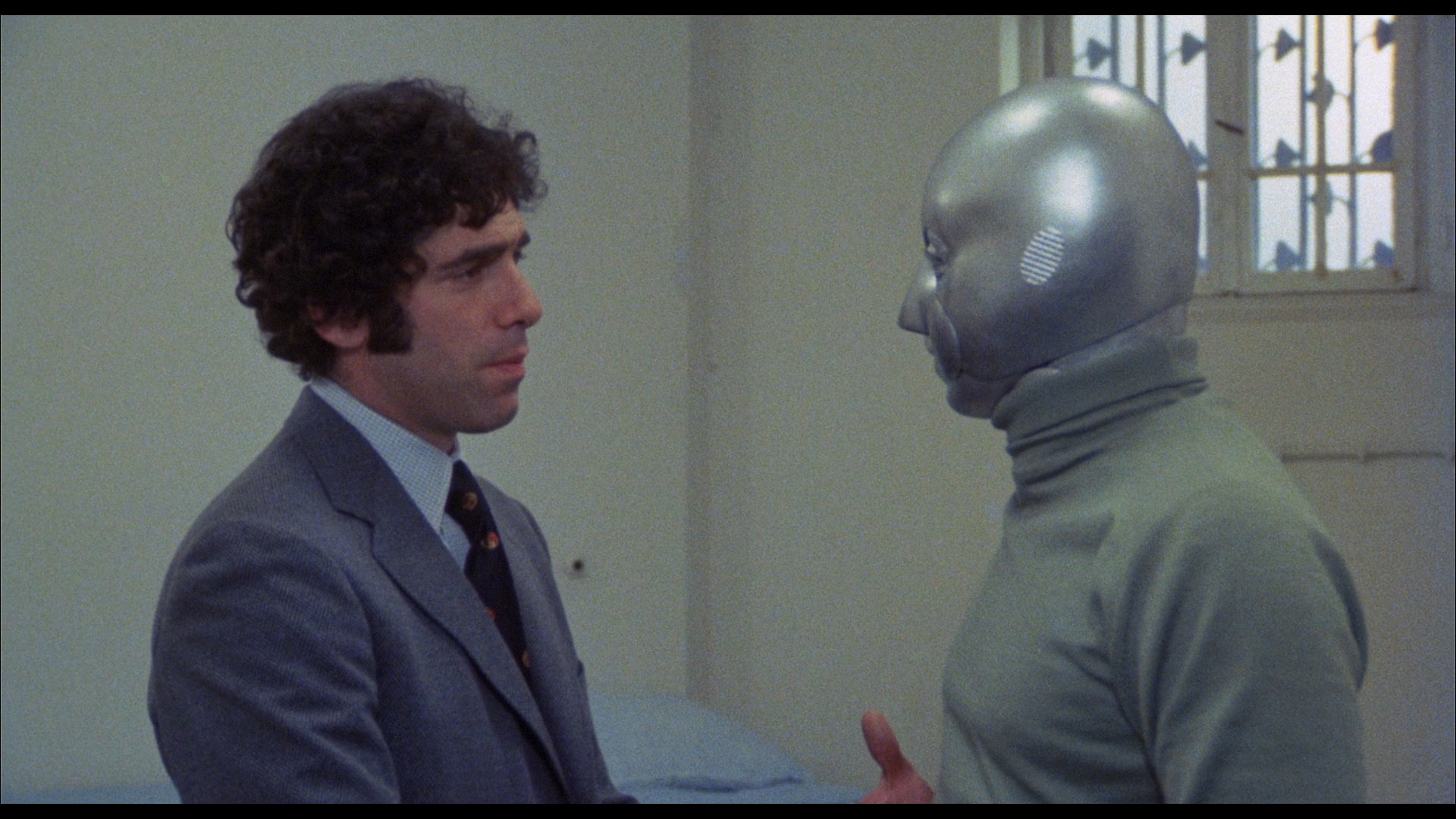 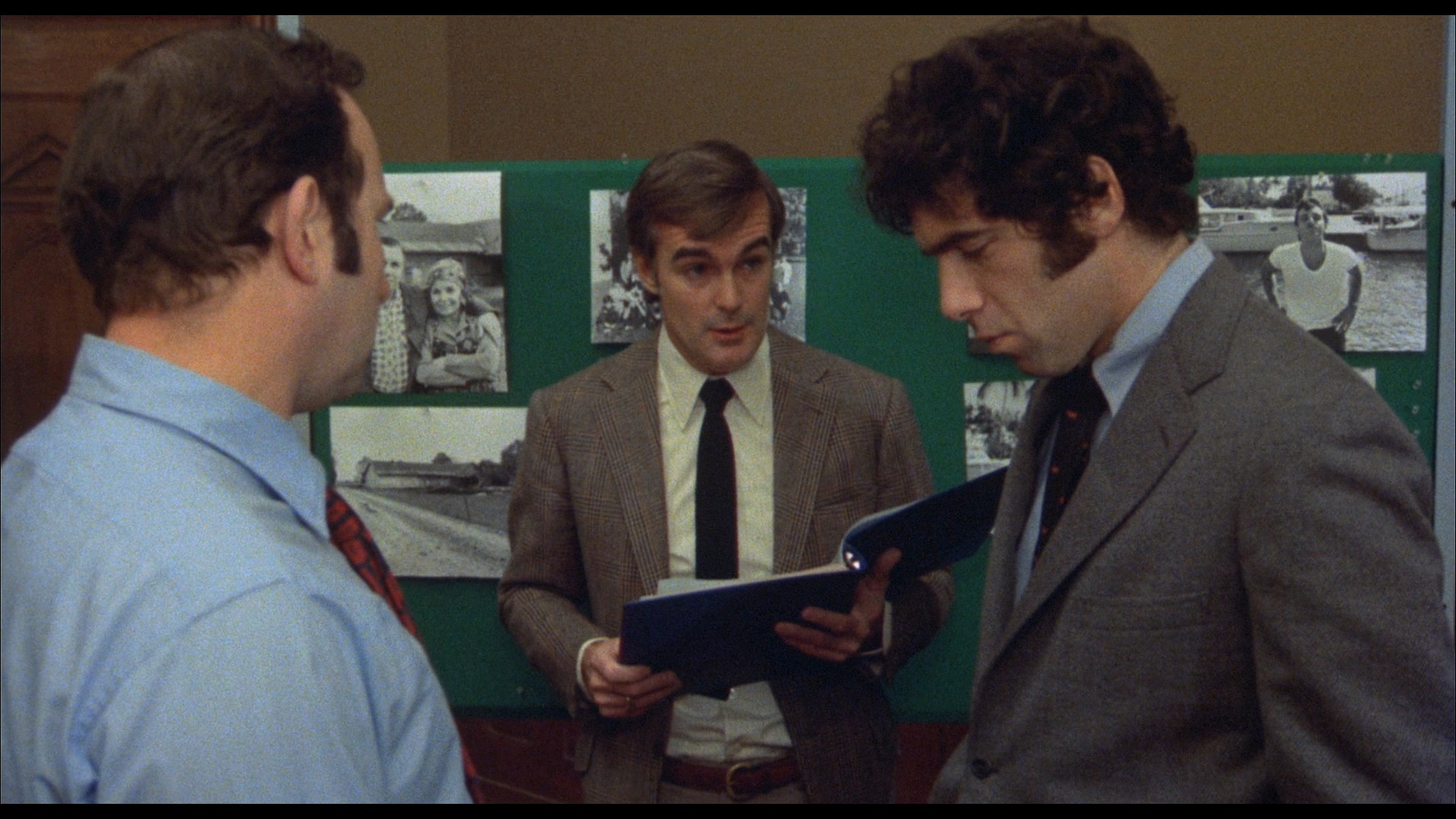 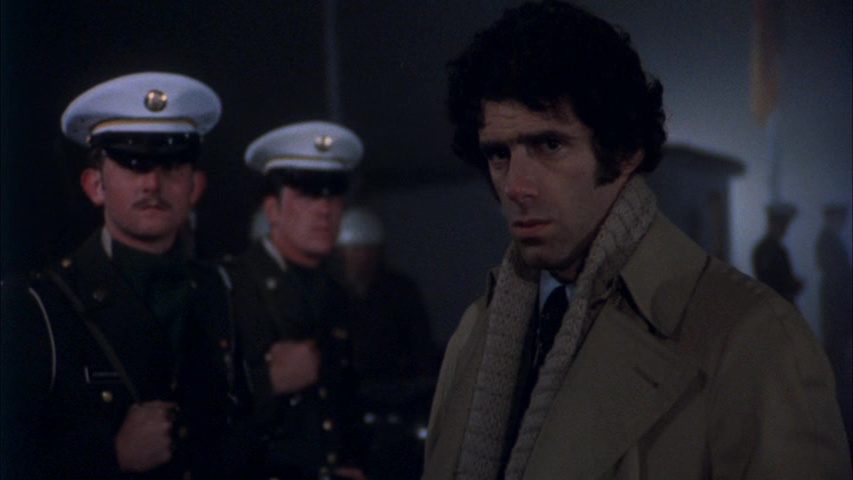 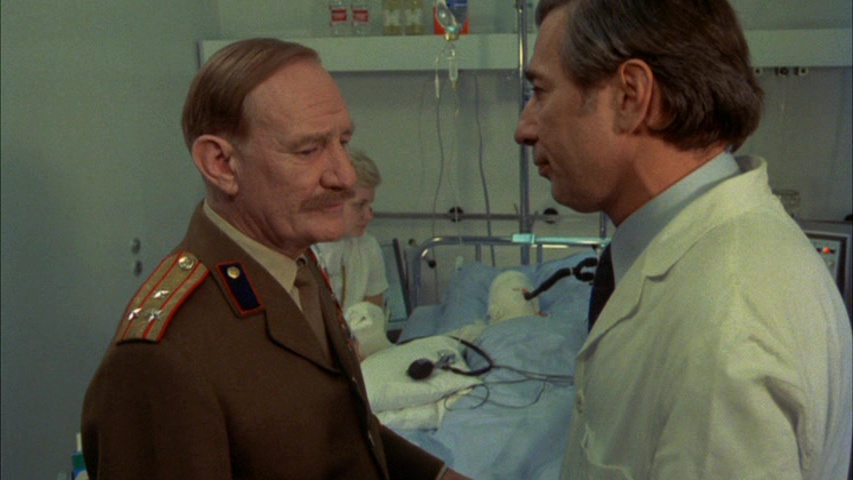 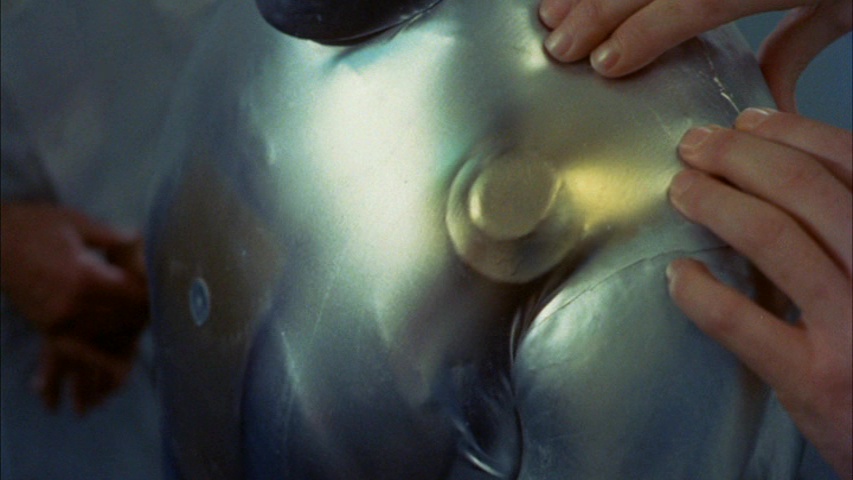 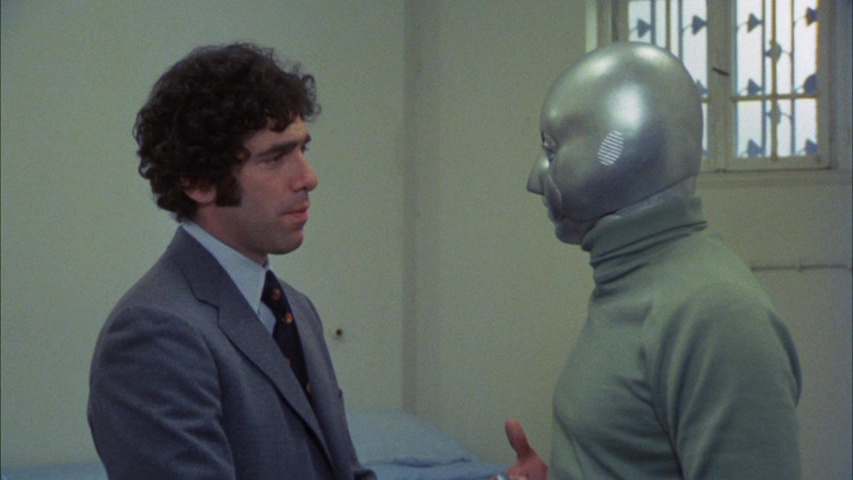 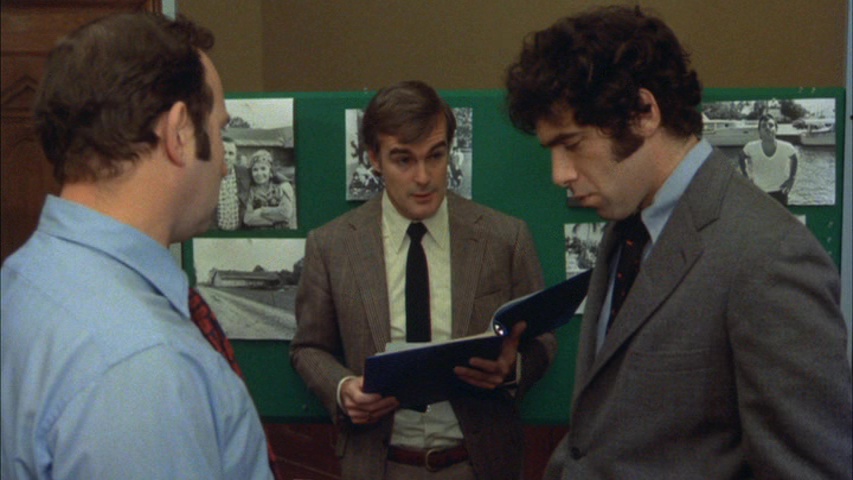