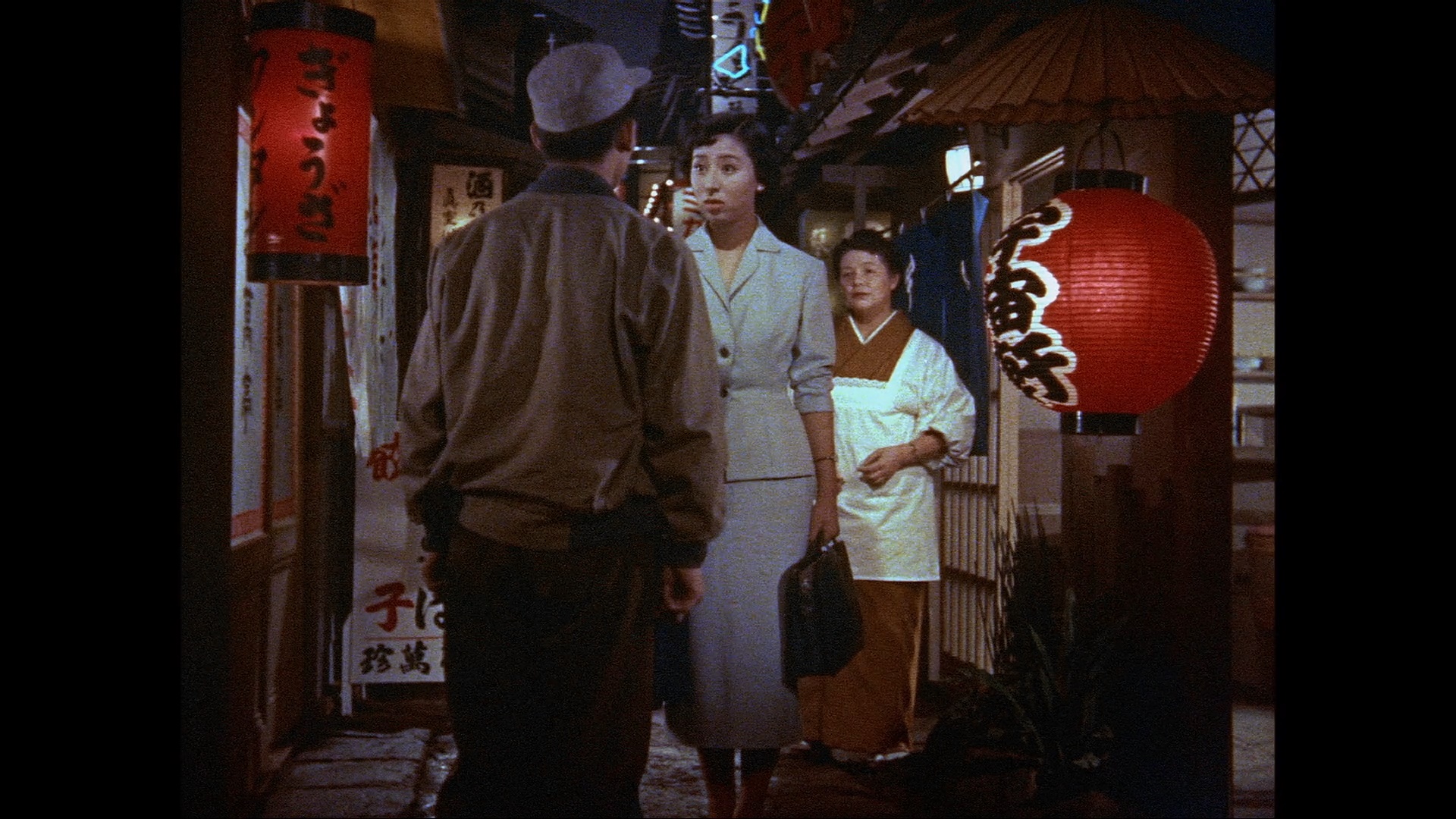 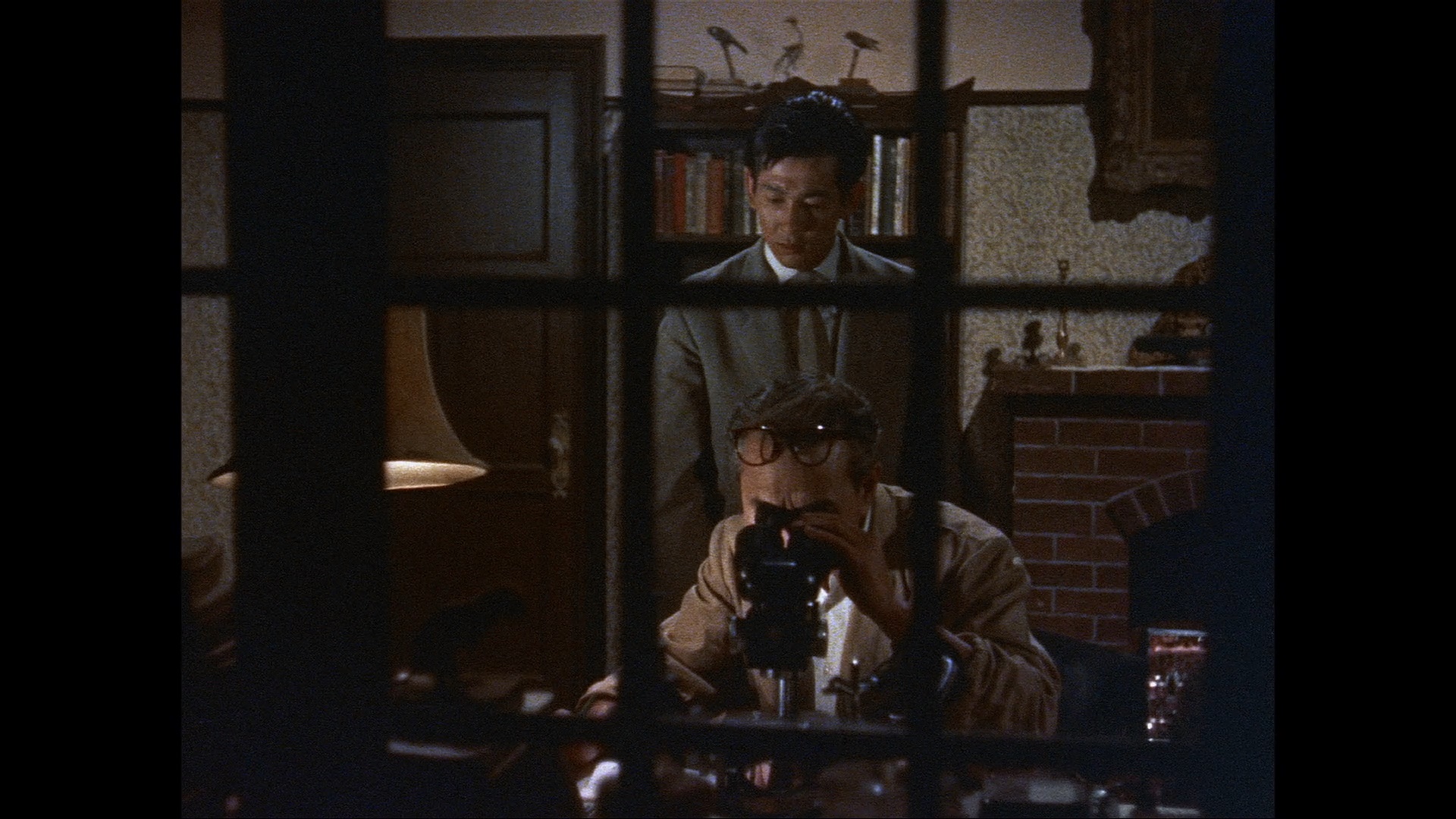 were treated to their first taste of practical sci-fi in color with Destination Moon in 1950, Japanese cinema offered its own variation with Warning from Space, alias Spacemen Appear in Tokyo. A benevolent depiction of aliens making contact with Earth a la It Came from Outer Space, this Daiei production released in the wake of Gojira wasn't a particular favorite among critics or viewers upon its release but has since proved to be influential in its use of special effects and its grounded depiction of how humanity might respond to such a sudden overturning of its daily existence.

At a sake bar in Tokyo, Dr. Kamura (Miake) is approached by a journalist, Hideno (Obara), who's covering a spate of recent UFO sightings over the city and eager to find out more from scientists in the area. At the same time, two of the doctor's colleagues, Professor Matsuda (Yamagata) and the young Dr. Itsobe (Afraid to Die's Kawasaki), have been keeping an eye on the uncanny activity at the nearby observatory just as a strange power surge disrupts local radio signals. As it turns out, the aliens have been trying to relay a message to humankind but have been causing alarm with their appearances, so they decide to turn one of their own into the form of nightclub performer HIkari (Karita) and ramp up efforts to spread the alarm about an imminent threat that could wipe out humanity's home planet. 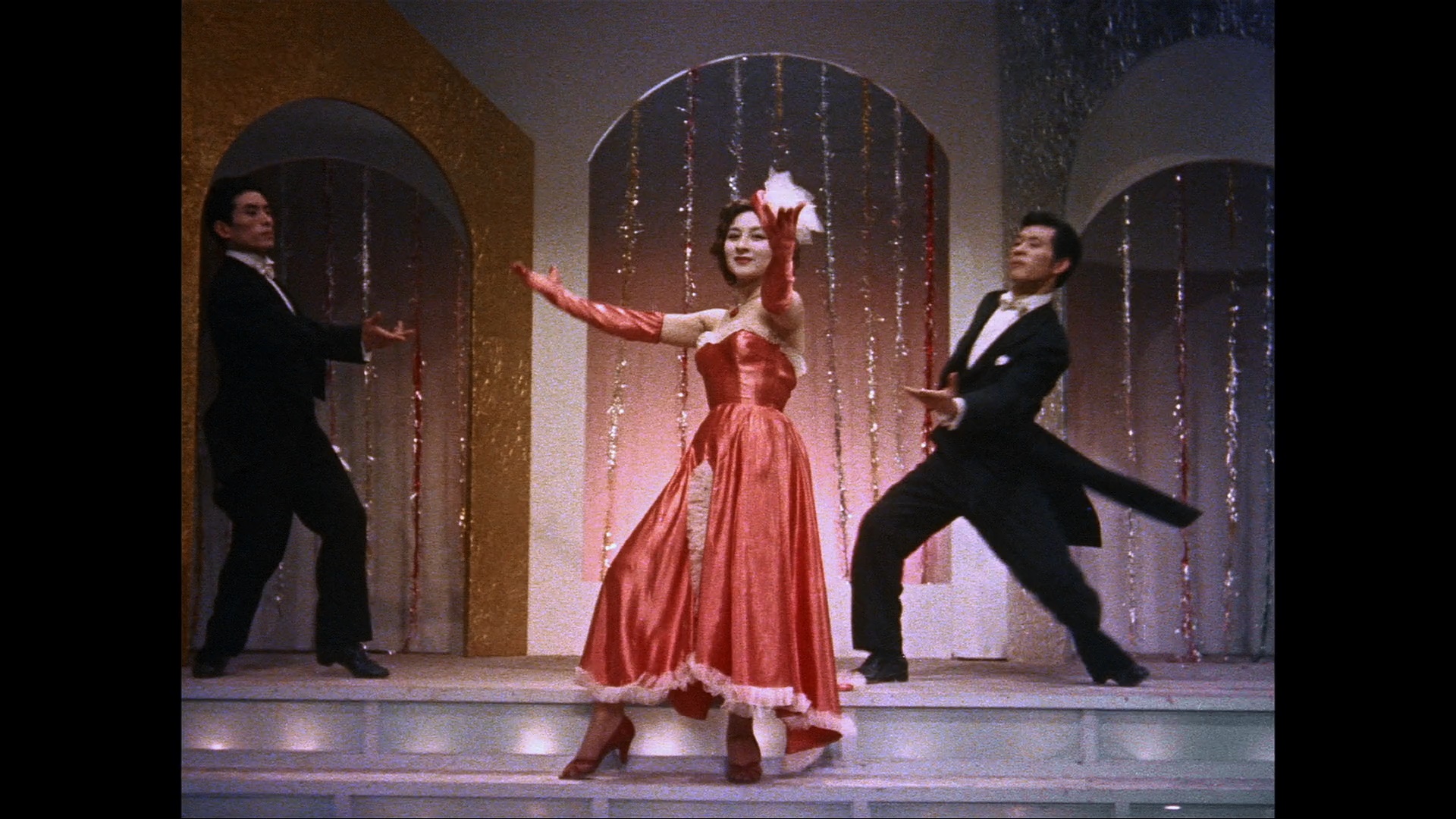 Fairly subdued and naturalistic compared to the kaiju films that were taking theaters by storm at the time, Warning from Space at least makes a concession with its memorable starfish-shaped aliens who make the most of their limited screen time. It also takes solid advantage of the novelty of 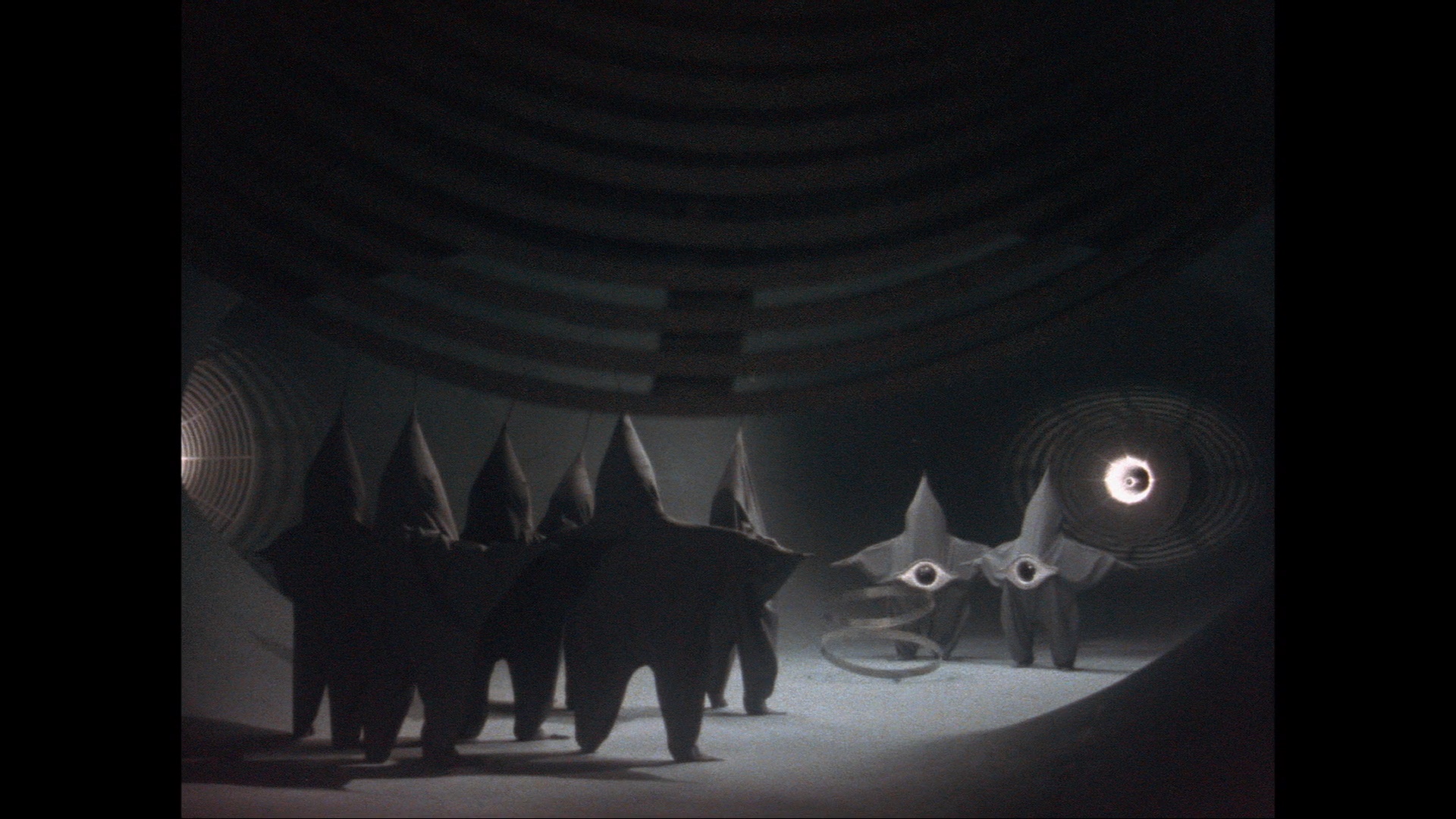 presenting science fiction in color, particularly the final stretch that suffuses the screen with an unearthly shade of red for several minutes on end. The avoidance of pinning the story down to one or two heroic figures is an unexpected gambit that produces mixed and sometimes disorienting results, instead using multiple supporting characters to paint a portrait of humanity working in tandem to address a problem and working with the interstellar visitors to avoid a truly catastrophic event.

Barely seen theatrically outside of Japan and sent straight to TV in the U.S. (with some editorial reshuffling placing the aliens at the beginning and ending of the film via some repeated and manipulated footage), this film has been subjected to some atrocious gray market releases over the years on VHS, DVD, and even Blu-ray, all of which should be skipped. In 2020, Arrow Video gave the film its first official English-friendly home video release as a U.S. and U.K. Blu-ray edition (with reversible sleeve art showcasing a new design by Matt Griffin) featuring HD 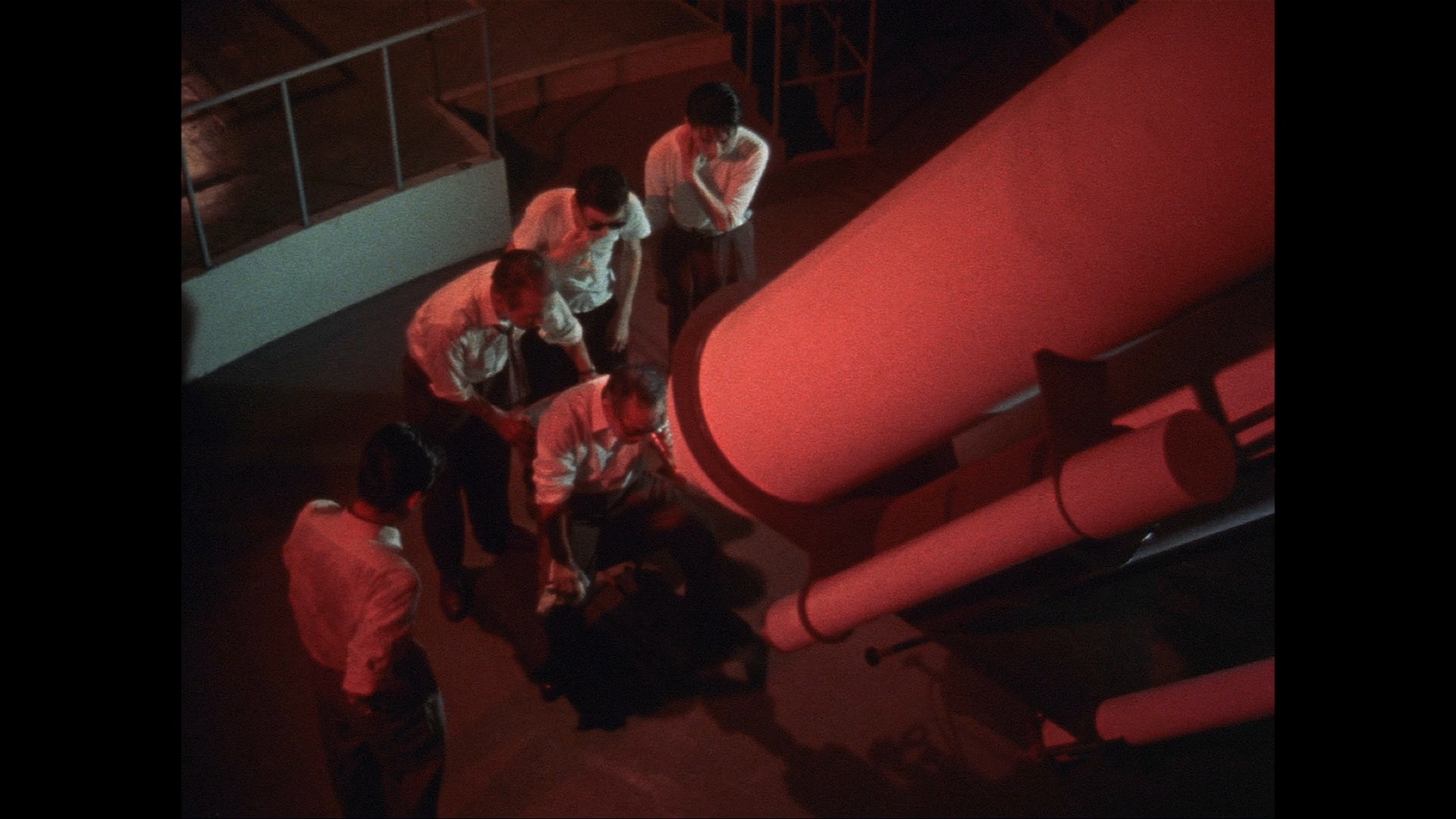 presentations of both the original Japanese version and the AIP English-dubbed variant. The image quality is obviously light years ahead of anything we've had before, and both versions are comparable in appearance with a detailed, satisfying appearance that only occasionally betrays its age (mainly in a few shots with unstable black levels that have started to turn a bit blue). A pretty huge upgrade all around, it looks similar to other Japanese films of the era in particular 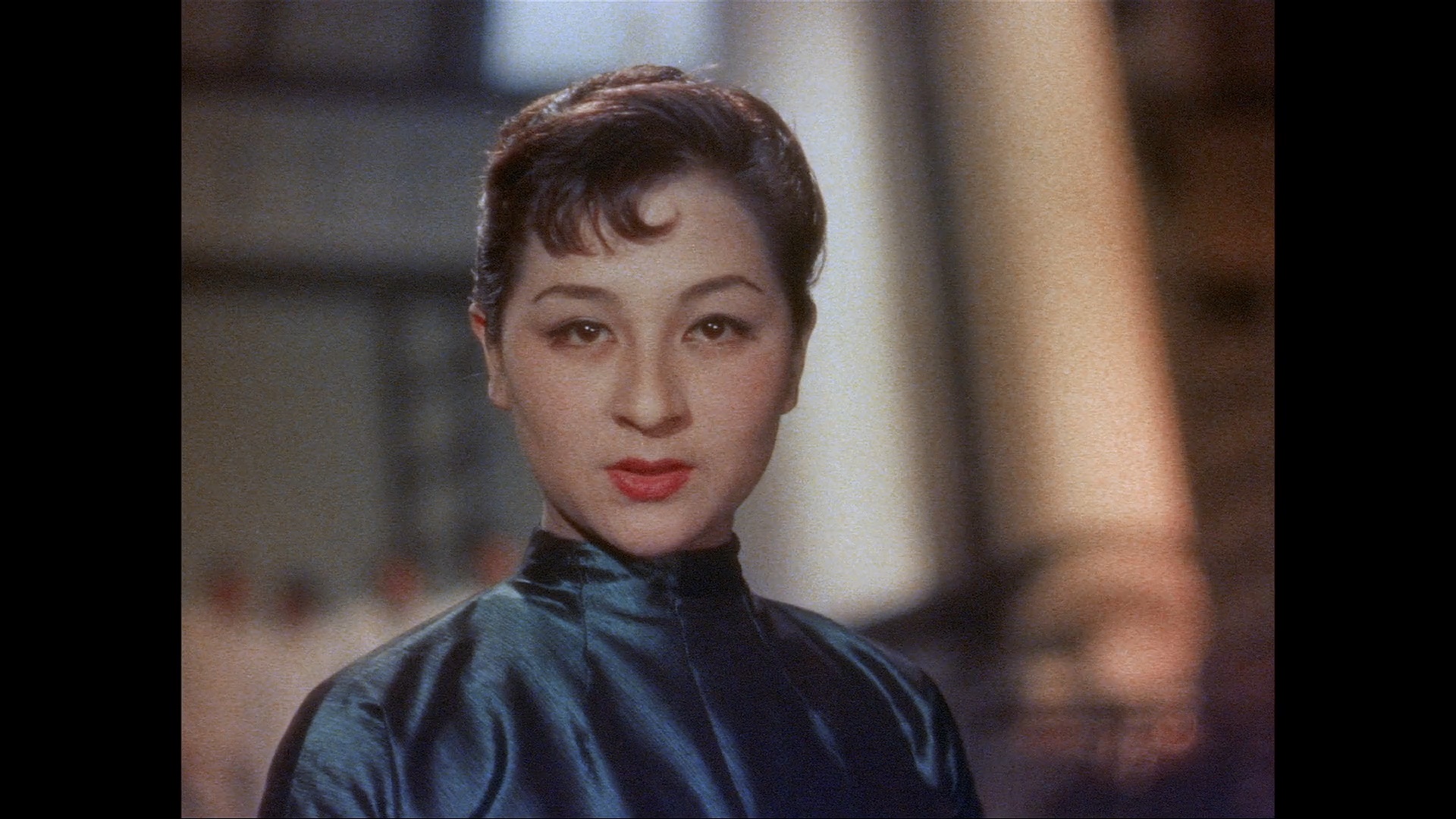 the Ozu releases from Criterion and the BFI with their delicate, powdery color schemes. The Japanese cut also features an audio commentary for the first 65 minutes by Monsters Are Attacking Tokyo! author Stuart Galbraith IV, who delivers an encyclopedic level of info about the actors and major players behind the scenes as well as plenty of connections to other Japanese cinema at the time, the relevant genre films preceding this one, and the state of Daiei at the time. He doesn't hold back pointing out what he feels are shortcomings within the film, namely its refusal to provide a genuine protagonist, but he also increases one's appreciation for its significance in the Japanese cinematic legacy. Also included are the Japanese teaser and trailer, plus an image gallery of promotional artwork and stills from its Japanese theatrical campaign; the first pressing also contains an insert booklet featuring essays on artist Taro Okamoto by Japanese art historian Nick West, and on the production of the American version by David Cairns