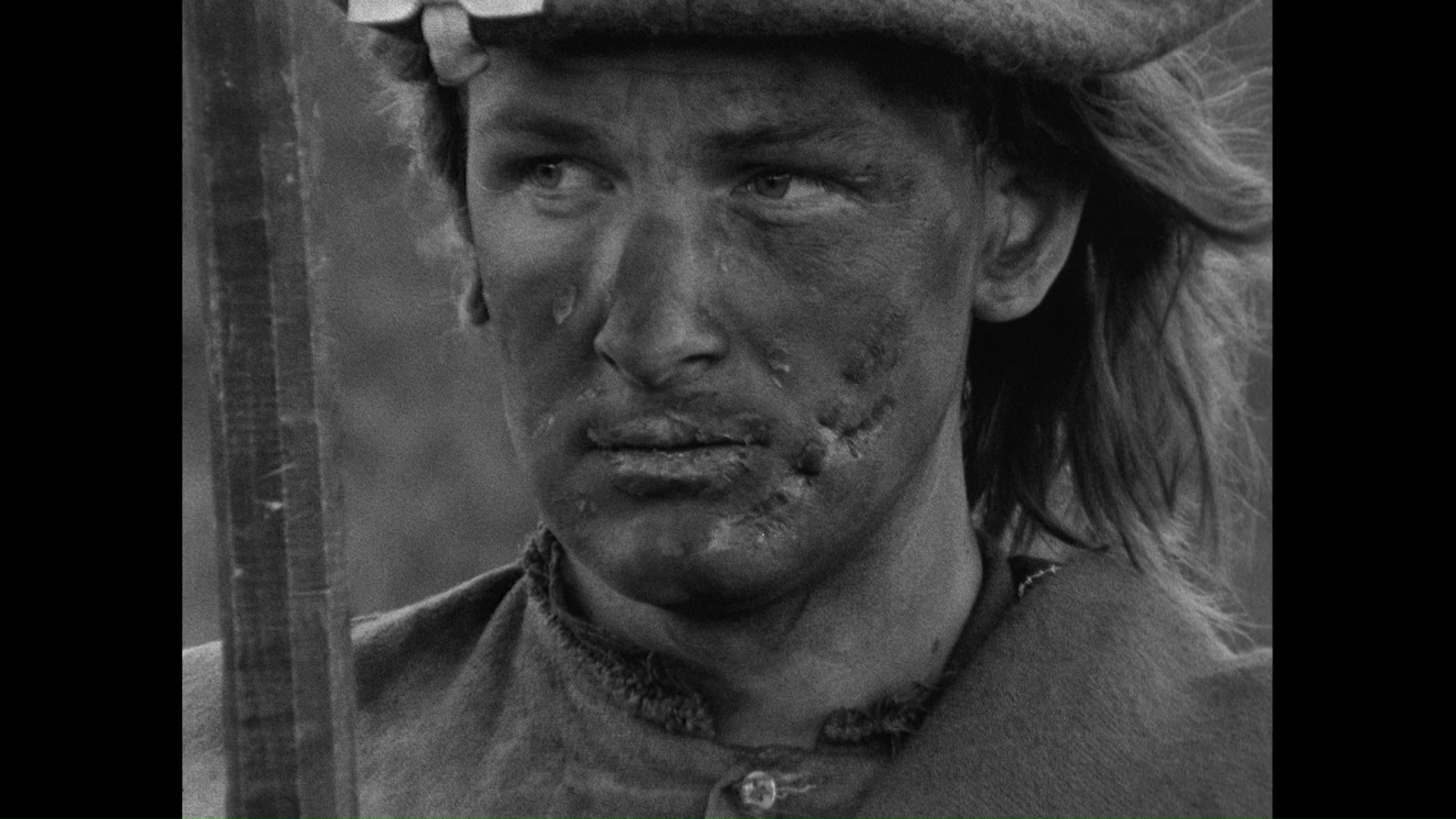 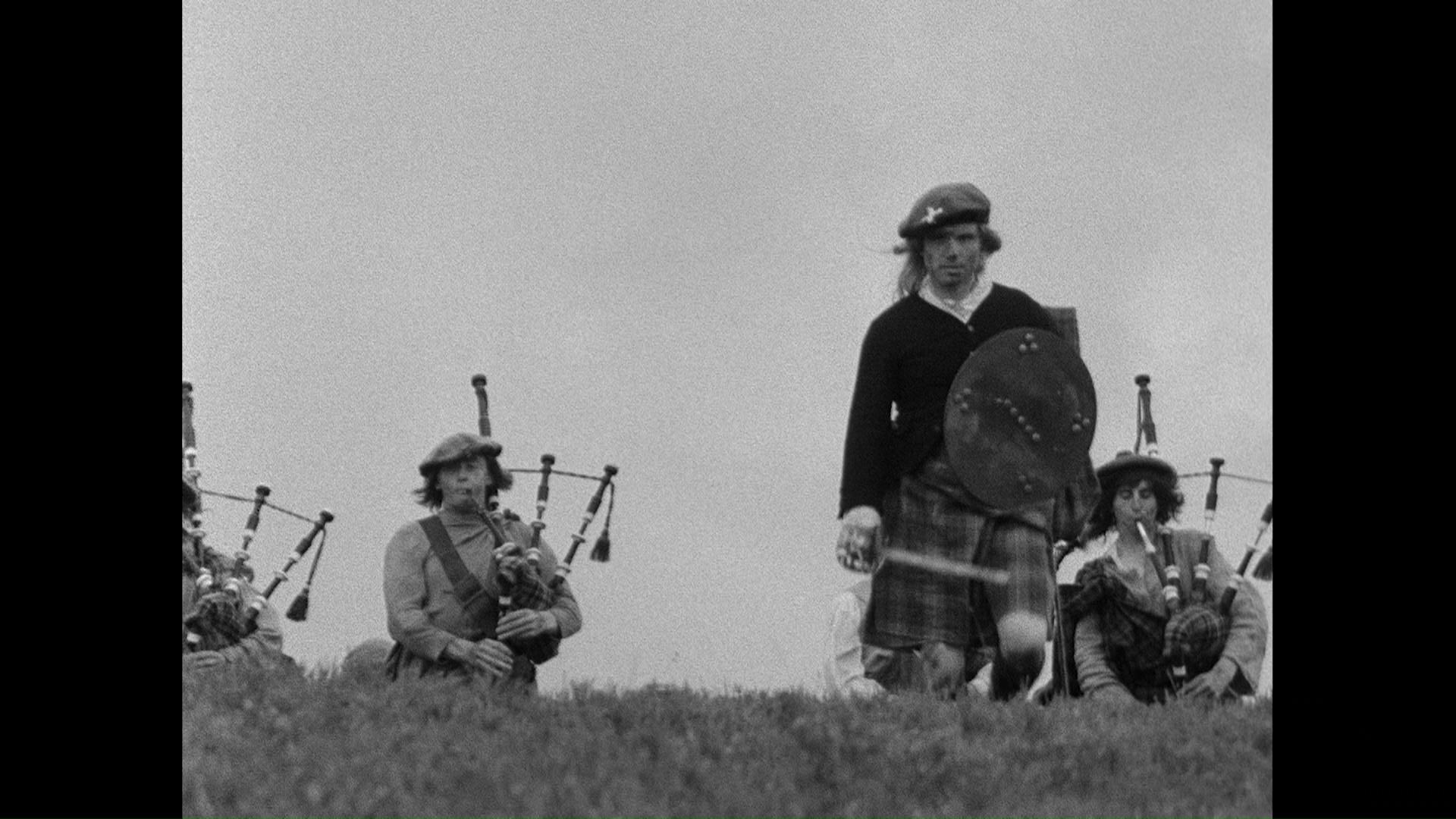 A strong contender for the most controversial filmmaker in British history, Peter Watkins never seemed to flinch from any subject he approached. His actual theatrical feature career doesn't contain a huge number of titles, with the cult favorites Privilege and Punishment Park ranking among them, but his work clearly left its mark and remains a vital commentary on how we interact with modern media. Two of his earliest high-profile works for the BBC, Culloden and The War Game, have often been linked together on home video due to their powerful subversion of how people accept what they're told when it comes to warfare and aggression, and the most recent Blu-ray edition from the BFI presents them in their strongest versions yet.

Vietnam War coverage was becoming a common factor in news coverage when Watkins made Culloden in 1964, three years before anti-war protests would become a major turning factor in the conflict. His tactic of mounting staged documentaries took a fascinating turn here as he reenacted 1745's Scottish Jacobite uprising under Charles Edward Stuart (aka Bonnie Prince Charlie) against British government troops, the Battle of Culloden. Hordes of nonprofessional actors play both sides, with young Scottish men interviewed in newsreel style about the circumstances that brought them out on to the battlefield. Neither side comes off as honorable or competent in the end, with far too many young men slaughtered over what amounts to a power dispute. A far cry from the romantic portrayals of the Scottish Highlands mostly seen to this point, it's a stark, haunting, and often chillingly violent piece of work that eerily mimics the harrowing footage being broadcast on televisions around the world at the same time. The BAFTA-winning production is also particularly memorable now as it foreshadows the ultimate conclusion of the Vietnam War and the fall of Saigon, which forever changed public attitudes about nationalist combat. 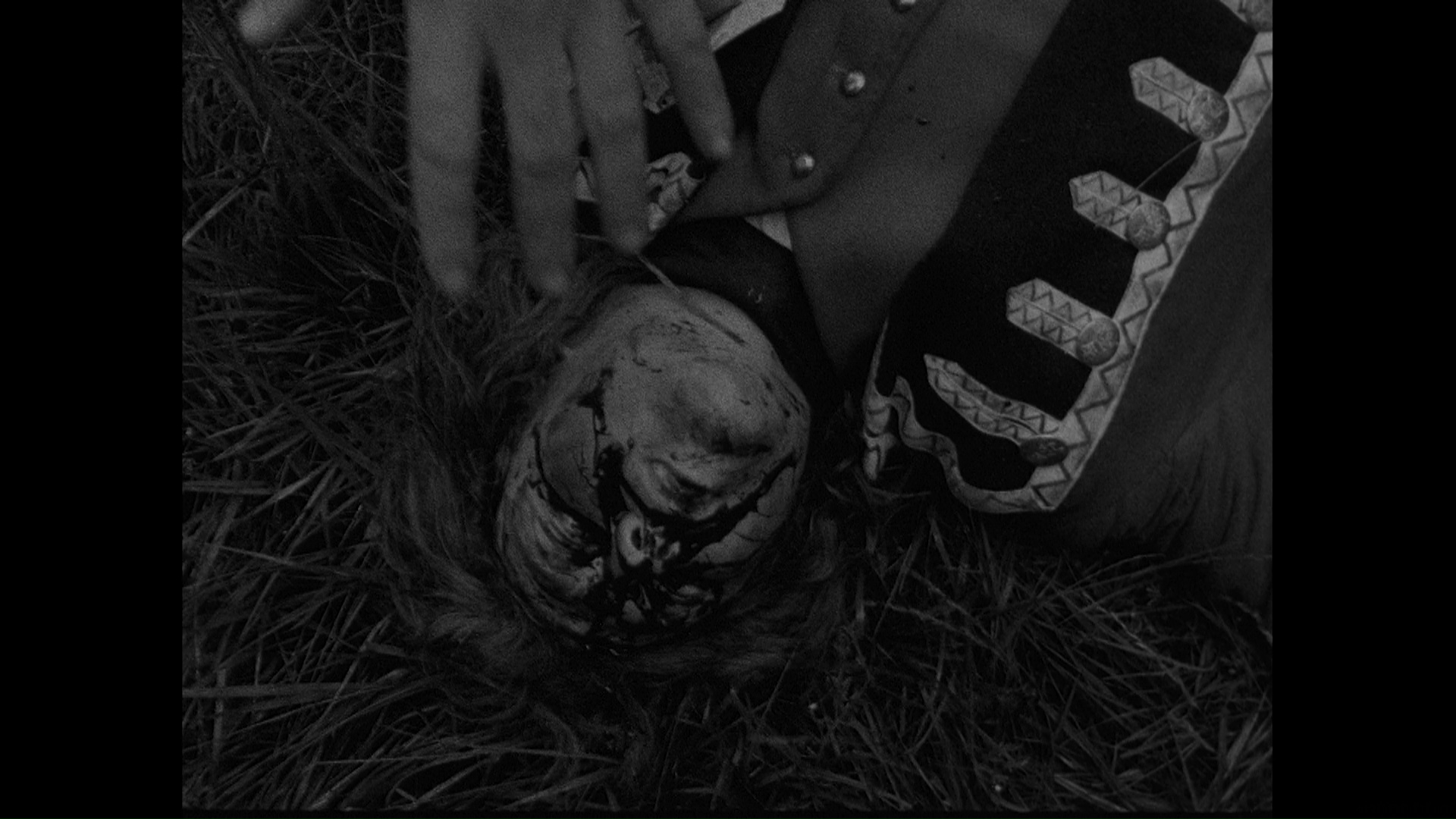 The public and critical respect given to Culloden was soon to shift when Watkins was enlisted by the BBC to make a follow-up project, The War Game. Commissioned as part of The Wednesday Play series, the film presents reenacted 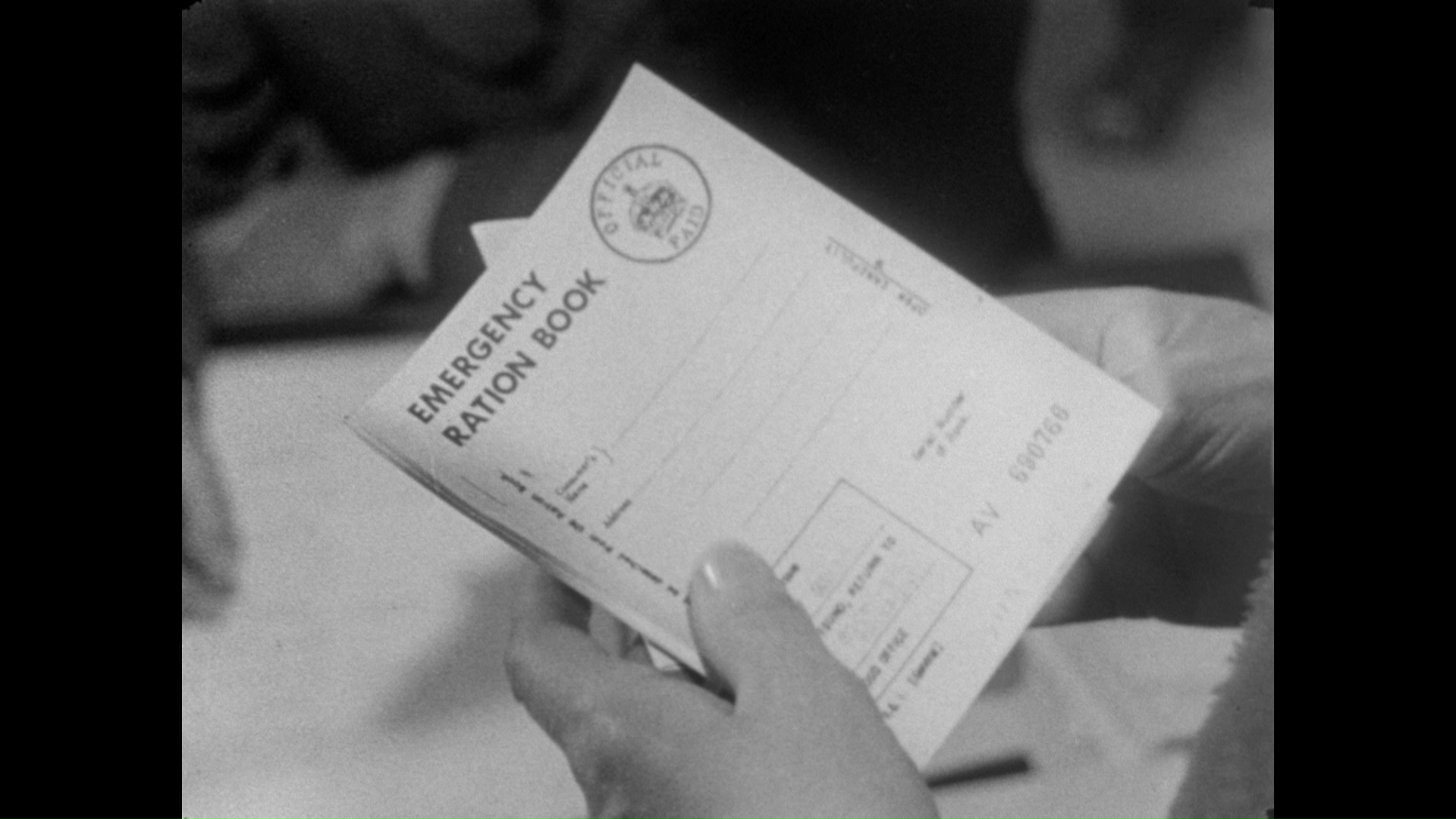 interviews with various public officials commenting about public policies and safety procedures in the event of a nuclear attack, intercut with increasingly harrowing footage of atomic blasts striking Britain and the civilian casualties that ensue (with detached voice over rattling off statistic that directly counter what we've heard before). From there we follow a one-year period after the Soviet missile attack, showing how the interim government's rationing and rampant public panic and sickness call the future of any society at all into question.

This was hardly the first grim depiction of a nuclear attack (On the Beach preceded it by six years), but The War Game clearly broke ground for the depiction of the disconnect between the cataclysmic, unavoidable destruction of nuclear weapons and the propaganda being fed to the public about its necessity and safety measures. Later films including Threads, Testament, The Day After, and When the Wind Blows are all direct descendants of Watkins' film, which was yanked by the BBC before its scheduled airing but shown on a limited basis in screening rooms on request. Ultimately the decision to ban the film was shamed when it went on to win an Academy Award for Documentary Feature, and incredibly, it remained unaired in its native country until two decades later. 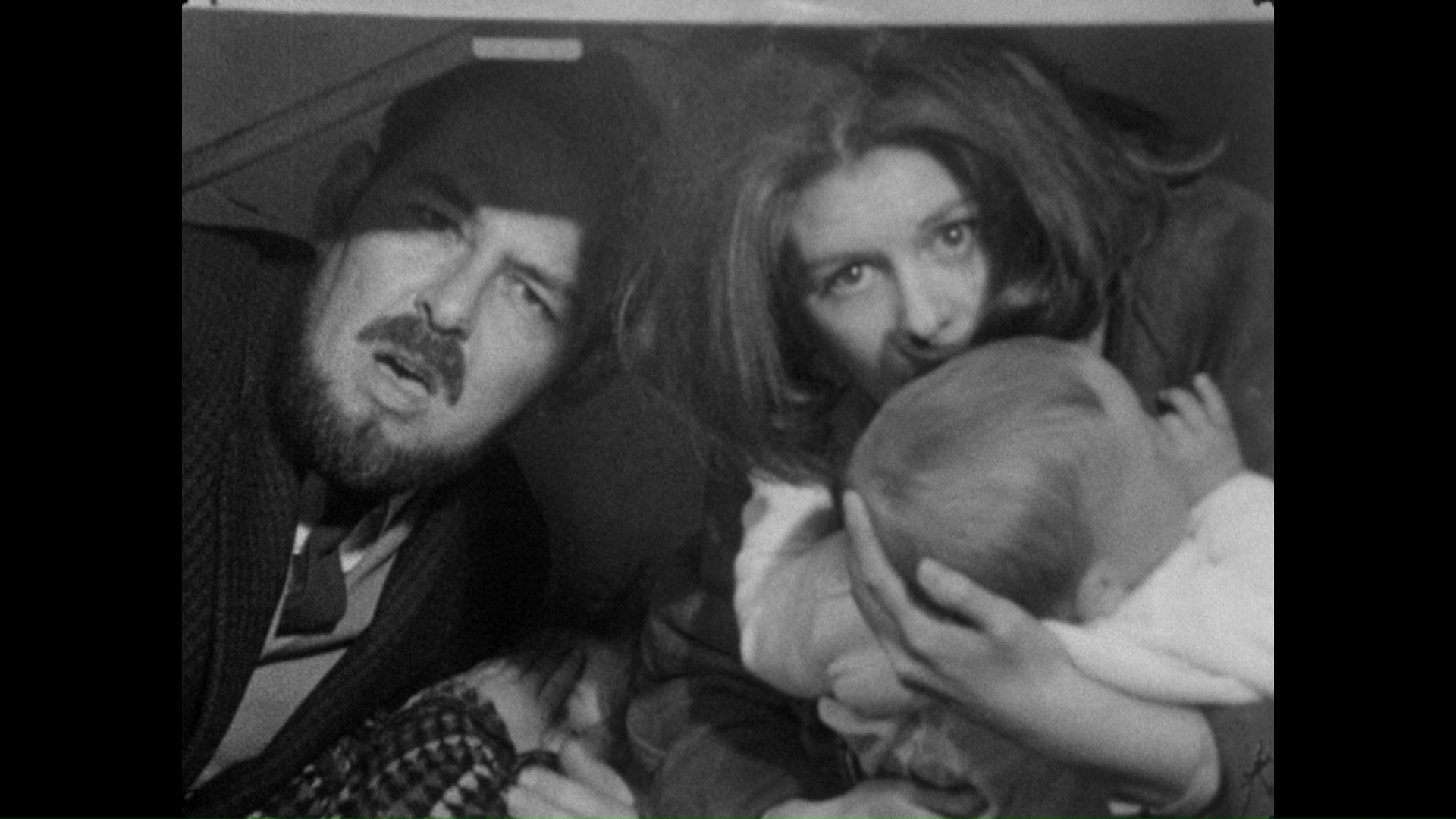 own label in the UK and Project X (via New Yorker) in the US. A preexisting John Cook commentary is carried over here for Culloden and a Patrick Murphy one for The War Game (both are excellent) along with "The War 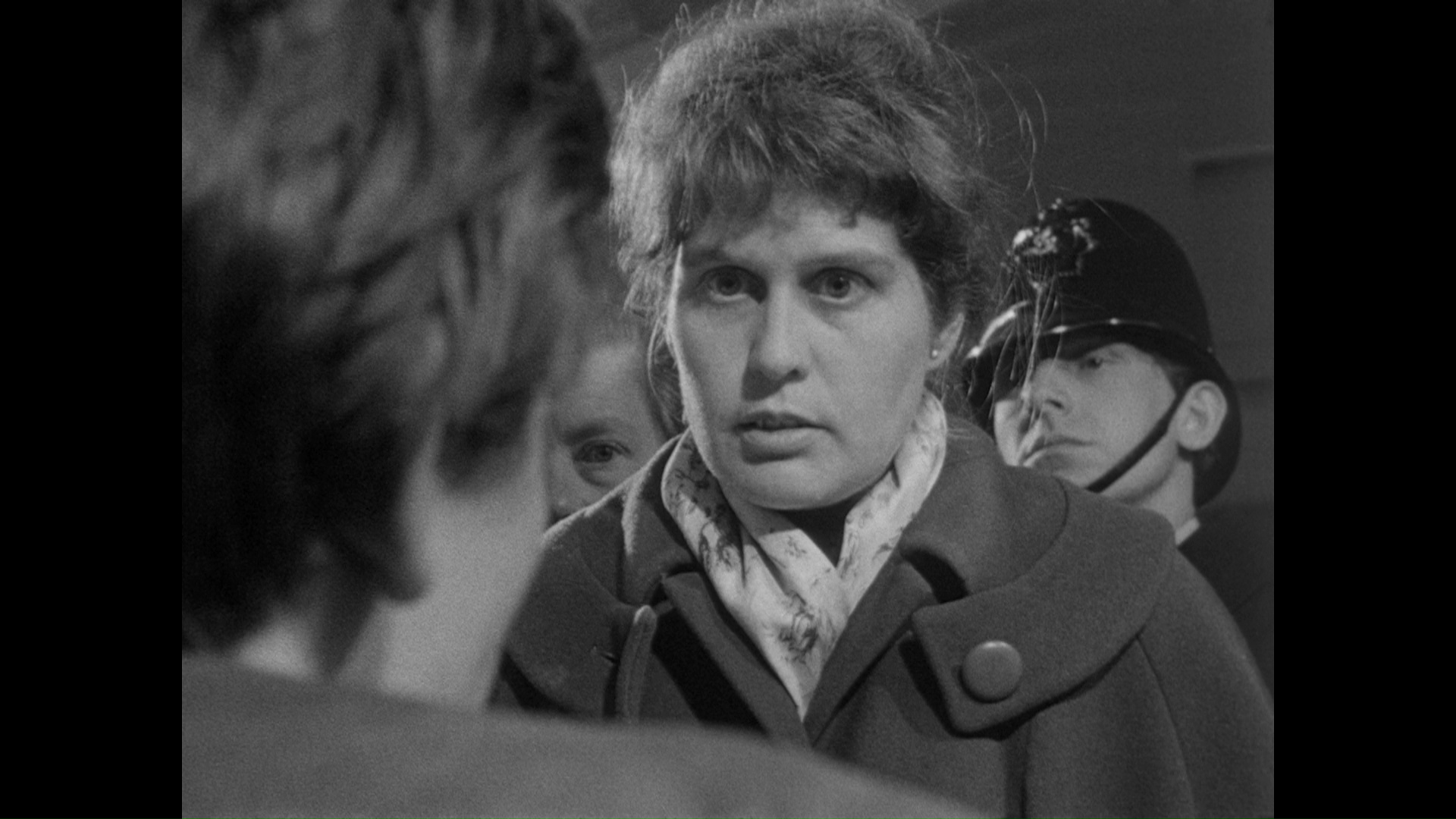 Game Controversy," an 18-minute piece by Patrick Murphy explicating more generally about the furor caused by the program, including later revelations validating Watkins' argument that there was no effective protection against a nuclear attack. The LPCM mono audio sounds as pristine as possible given the intentionally lo-fi nature of how these were produced, and the original 25fps frame rate has been keep intact. BBC editor Michael Bradsell (who popped up on the BFI releases of Ken Russell: The Great Composers and The Great Passions and The Devils) gets an informative 20-minute piece here about his interactions with Watkins and the BBC at the time, explaining how to mimic the look and style of modern documentaries of the era. Also included is "Culloden on Location, which features 8 minutes of amateur home movie footage (in color!) with Cook providing commentary for the silent coverage, including glimpses of a 28-year-old Watkins and frequent Ken Russell cinematographer Dick Bush setting up the elaborate outdoor battle shots. A "War Game Book" gallery offers a still-frame option to go through the entire (very stark) tie-in publication (a sort of docu-novel with plentiful photos, and the liner notes booklet features new essays by Cook (who presents an updated, detailed account of The War Game's strange fortunes through the offices of the BBC and the UK government), David Archibald, and a director bio by William Fowler.