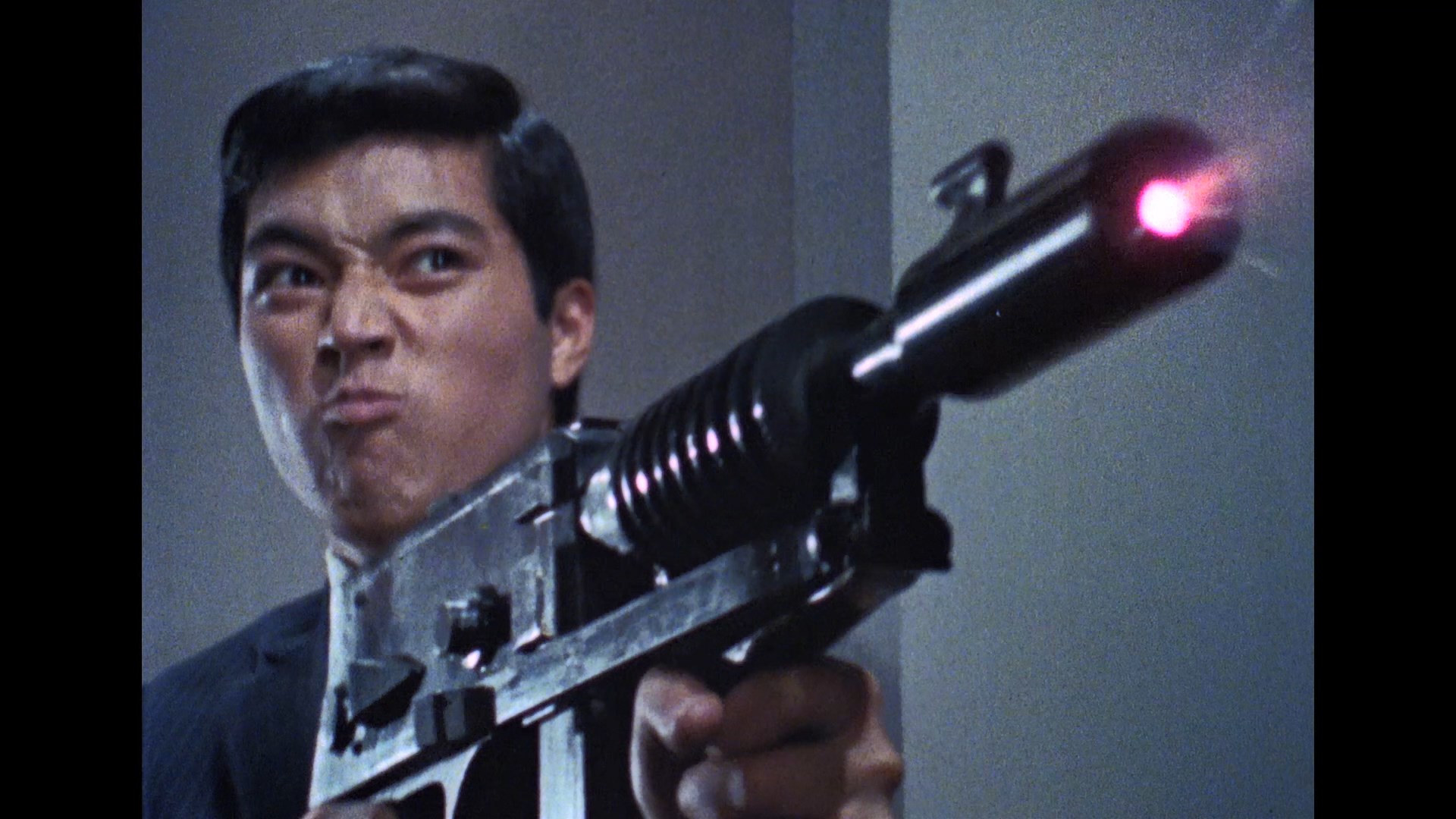 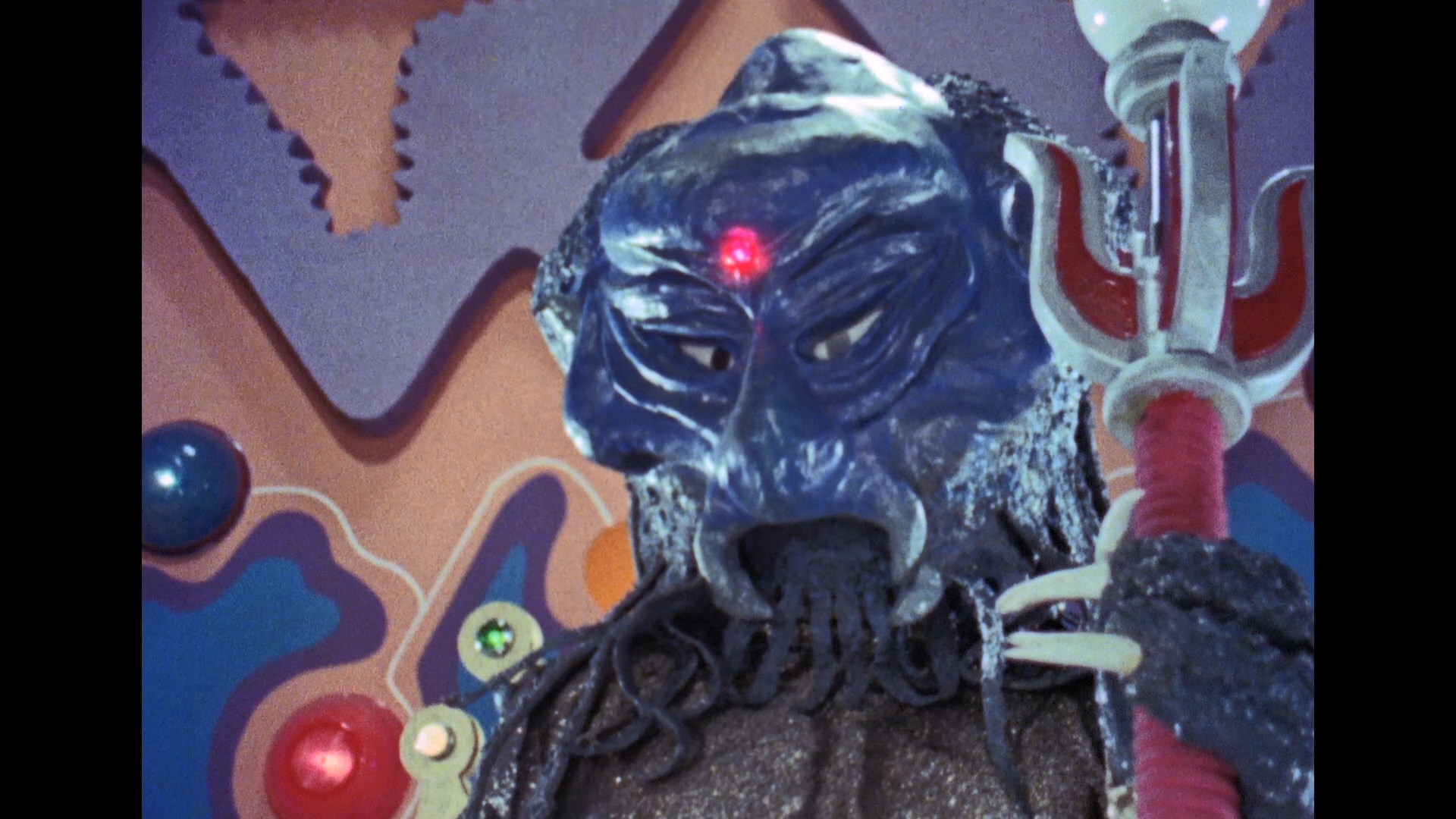 television shows into feature films has a long and strange history, with high-profile ones like The Man from U.N.C.L.E. finding a second life on the big screen thanks to two or more episodes getting overhauled into one or more audience-friendly concoctions. In 1970, AIP took a break from importing Gamera films straight to TV to take a stab at making a movie out of Johnny Soko and His Flying Robot, which the studio had already picked up and released to American television in dubbed form in 1969. Originally entitled Giant Robo and based on a 1967 Mitsuteru Yokoyama manga, the Toei series (created by Yokoyama himself) concerns an attempted alien invasion of Earth with a young boy named Johnny Sokko (Kaneko) and UNICORN agent Jerry Mano (Itô) stumbling across a giant robot on a seemingly deserted island where it's under the control of a scientist. The robot ends up under Johnny's control, making it a key weapon in staving off the invading forces lurking beneath the sea.

For the feature version, Voyage into Space, AIP stitched together five episodes across the series' 26-episode run (including the first and final ones) to create a surprisingly coherent condensation of the story, picking up at the beginning with an 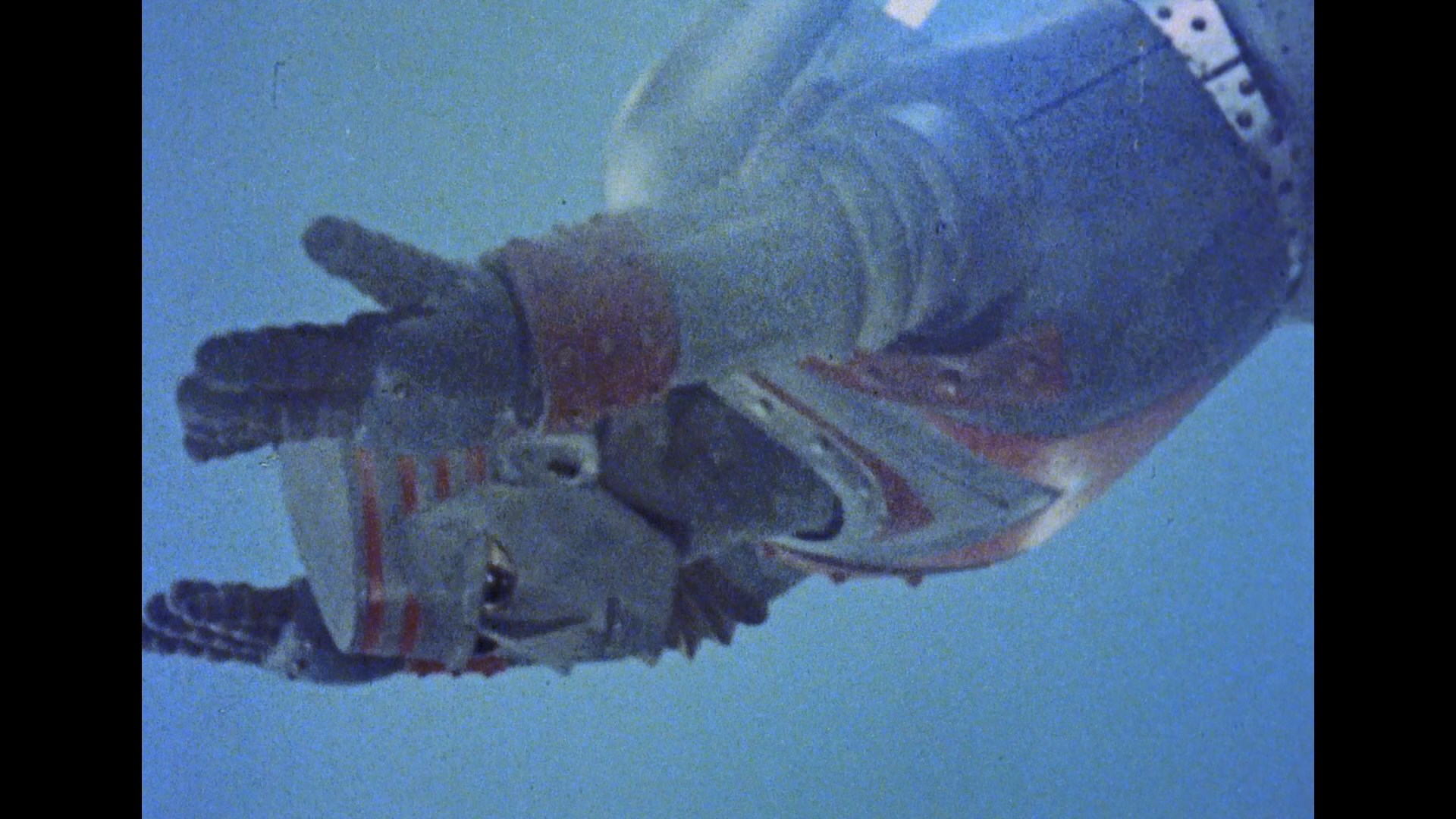 aerial alien attack during Japanese air force maneuvers before diving into Johnny and Jerry's journey to the island. 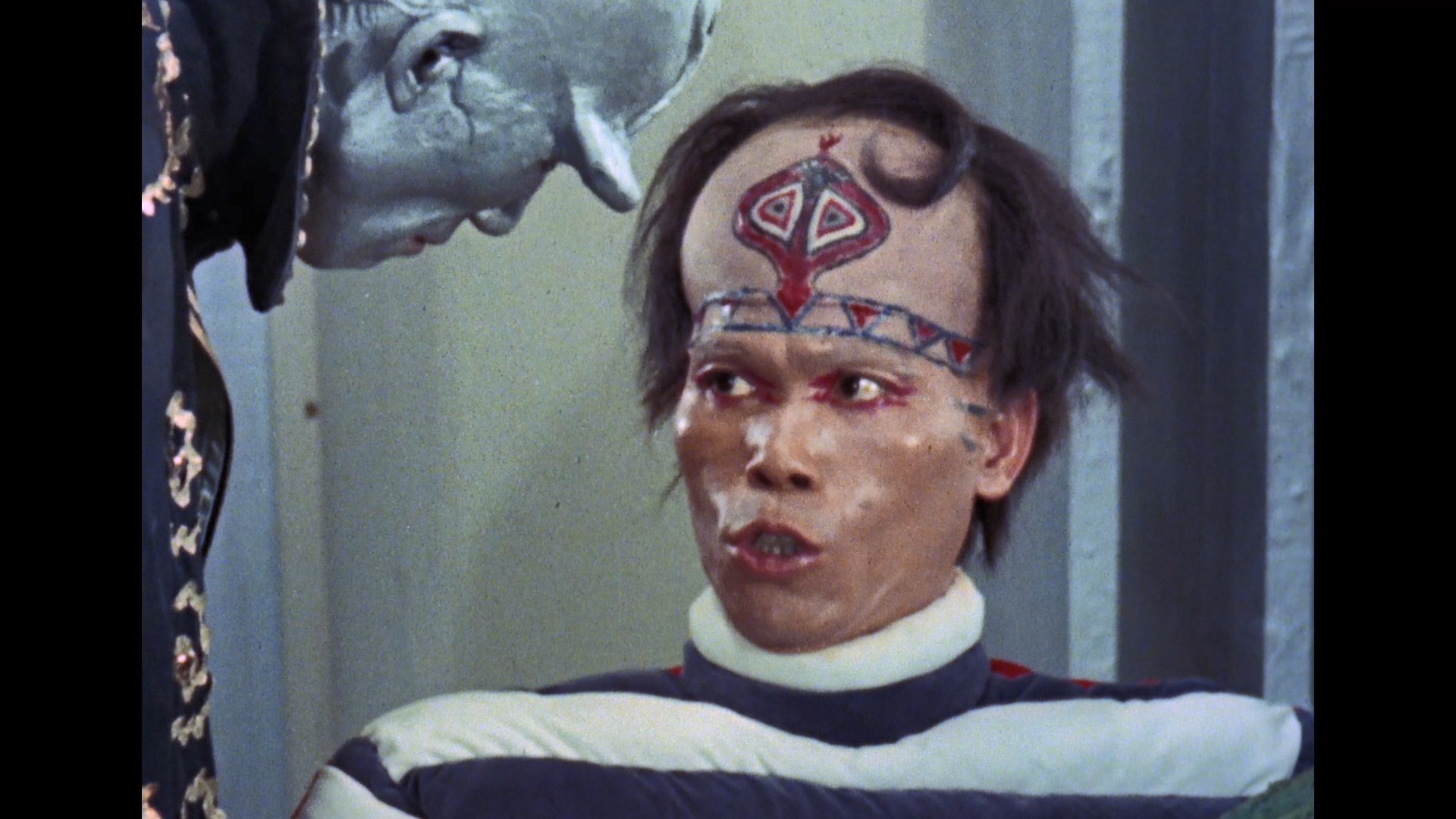 Along the way you get the pertinent highlights from our heroes' battle against Emperor Guillotine, the Gargoyle Gang, and a calamity of monsters. Of course the robot is the real star here with its variety of gimmicks including missile-firing fingers, flamethrower mouth, and energy beams blasting out of its eyes. Along the way you get some of that priceless dubbed dialogue ("What a grouch!") and, yes, a fairly brief voyage into space.

Like numerous other AIP-TV projects, this one was presumed to be in the public domain with some truly dire bootleg releases turning up on DVD and VHS over the years. The series itself has fared better including a solid release of the English-dubbed version from Shout! Factory, but the feature version didn't get much respect until the 2021 Blu-ray release from Scorpion Releasing including a limited slipcover edition. If you're familiar with the show, you should have some idea of what to 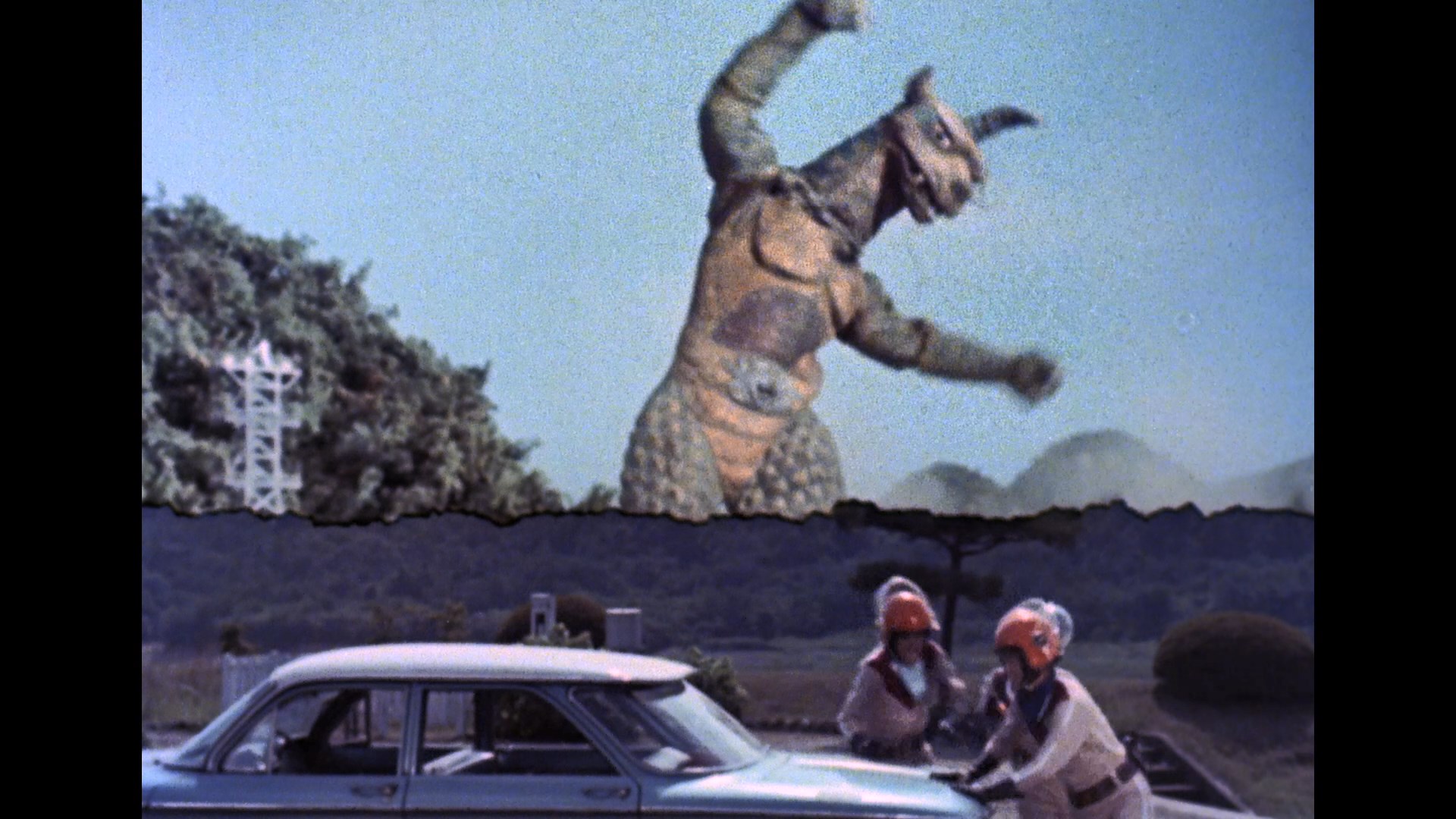 expect here as it's quite scruffy in the a/v department with a very 16mm-ish look and scratchy sound. That said, 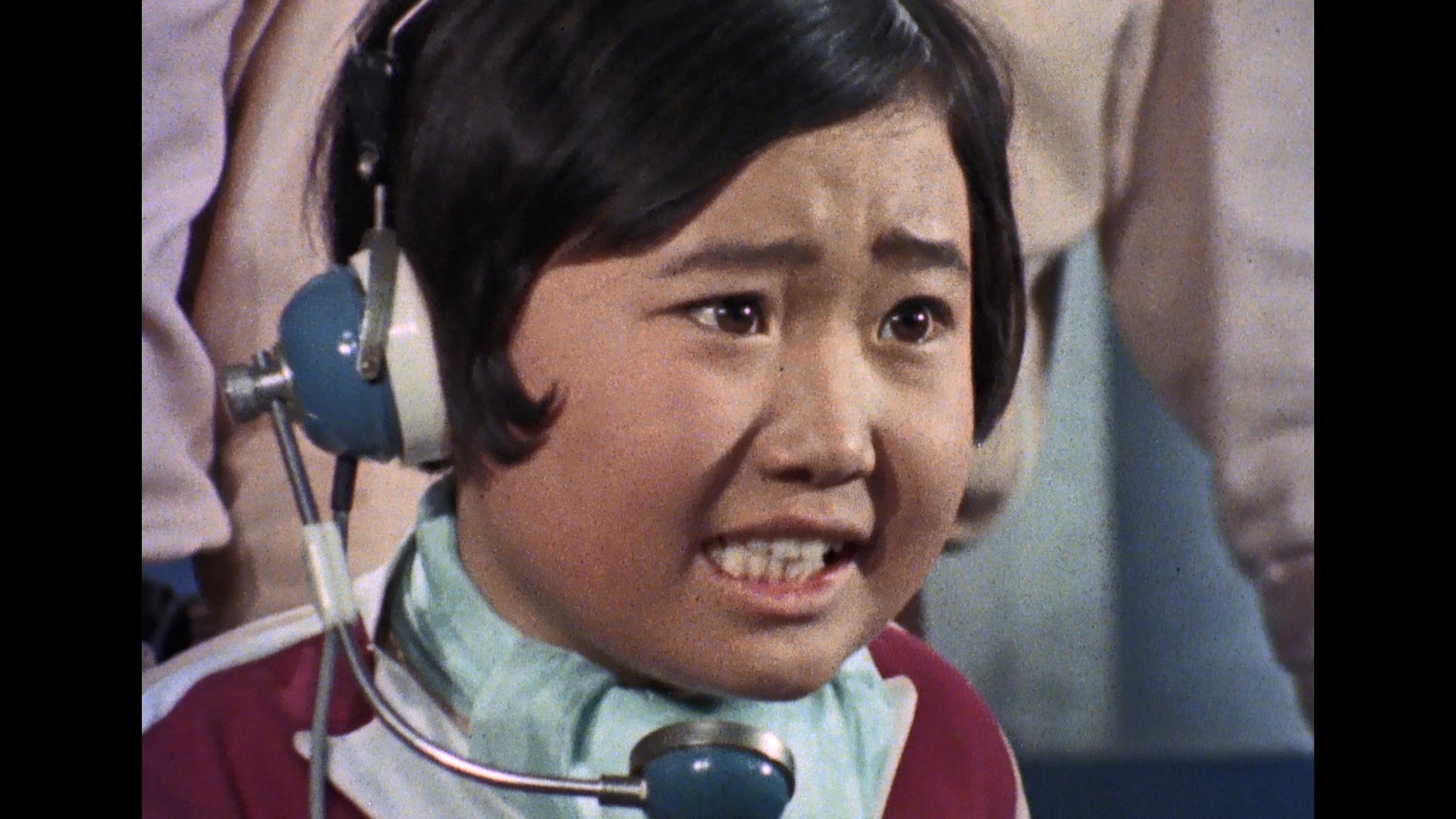 it's the best condition this has been presented in for home viewing thanks to the original source materials with MGM, and the colors look great with lots of eye-popping primary hues on display during the attack scenes. The DTS-HD MA 2.0 English mono track does what it can with the source, which is very vintage, to put it charitably. Optional English SDH subtitles are also provided, and bonus trailers are included for The Time Travelers, Donovan's Brain, Dogs, Beast with 1,000,000 Eyes, and Day of the Animals.