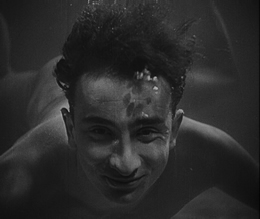 One of France's most esteemed filmmakers despite the fact that he only made four films (only one of which is generally considered truly feature length) before his death at the age of 29, Jean Vigo remains a unique voice in film with a legacy unlike that of anyone else. His work has been revived and frequently issued on video around the world, though inexplicably, in America it has never been gathered under the same umbrella and has often been subject to substandard video transfers and a particularly iffy DVD release of his longest and most esteemed film, L'Atalante. That oversight has finally been corrected with Criterion's much-needed collection of his complete work, available on both Blu-Ray and DVD. Gathering complete restorations of his output has been surprisingly tricky given the often hostile treatment according to the elements over the years, but all things considered, this release pulls them off as well as could be possible.

Alternately whimsical and anarchic, Vigo's directorial career began with the 21-minute "A Propos de Nice" in 1930, a silent look at the variety of personalities and lifestyles in the south of France where destitute peasants rub shoulders with well-to-do beachgoers. The documentary approach is often undercut by the inventive editing and wry juxtapositions of both faces and textures, which ultimately transcend what could have been a simple screed about the haves and have nots. It also features a lovely Marc Perrone score originally commissioned in 2001. Next up is the shortest of his films, the 9-minute "Taris" (aka "La Natation par Jean Taris") a beautifully shot look at the swimming techniques of the titular Olympic swimmer. The shimmering textures and editing techniques are surprisingly modern and would obviously go on to influence Peter Greenaway's underrated short film "Making a Splash" four decades later.

Perhaps the most influential Vigo film is his seminal 1933 "short" feature, Zero de Conduite, an incredibly vivid and often surreal look at the upstart students at a boys' boarding school. (The subtitle "Little Devils at School" is wholly appropriate.) The film begins in a fairly linear and accessible manner as it charts the initiation of the youngest attendee into the gang with a grand scale prank in mind, culminating in a famous "rebellion" at the end with the screen showered in feathers for minutes on end. It's still a provocative and amusing film which went on to inspire generations of filmmakers (most obviously Francois Truffaut, Lindsay Anderson, and Alejandro Jodorowsky), and while it has been eclipsed but its follow-up film in many critical studies, it remains one of the pivotal French movie masterworks. 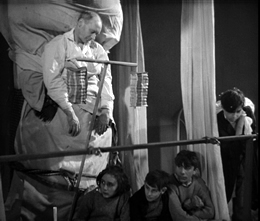 Made during a serious decline in his health, Vigo's L'Atalante is the only feature proper and features a similarly "simple" narrative, this time revolving around the newlywed couple of Jean (Daste) and Juliette (Parlo) who come to live aboard his barge along with a skeleton crew of workers. When one of them tells her about the wonders of Paris, she decides to take off and see for herself -- leading to an emotional rollercoaster for Jean and a visual delight for viewers as they both set off into the world. Though edited and widely mistreated upon its completion, the film has risen greatly in prominence in the ensuing years and often appears into "all-time" top ten lists for many critics. Oddly, the film can actually seem featherweight and even innocuous at times on a first viewing for unprepared viewers, but it definitely gains in impact on repeated viewings as its humanistic philosophy aligns perfectly with its rhythmic, lyrical cinematic technique. 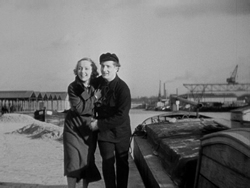 The complete Vigo films were first collected in an English-friendly edition on DVD from Artificial Eye in 2004, though the improvements in technology give Criterion's 2011 presentation the clear edge. All of the films look excellent considering their histories; the silents are nearly pristine, while the other two reveal their ragged distribution ordeals at times but have still never looked better. "Taris" and "Zero" are presented in their original 1.19:1 aspect ratios and look all the better for it, with far more breathing room at the top than some of the more claustrophobic versions released before. Speculation persists that L'Atalante was originally shot in this aspect ratio as well, but given the rocky story behind the survival of the elements leading to its much-needed 1990 restoration, that remains unproven. In any case, the 1.33:1 aspect ratio here looks fine throughout, and given the shift in exhibition methods at the time, Vigo had to be aware that this was how his film would be mostly likely seen. The presentation of L'Atalante is certainly still the most damaged of the bunch (there's a mild shudder through much of the running time that's persisted in every existing version), but it blows away the standalone New Yorker release from several years ago and retains all of its immense, charming visual power.

The plentiful Criterion extras should be enough to seal the deal here, with Vigo biographer Michael Temple contributing audio commentaries tying together the films with the fascinating story of the director's short but eventful life. As with the prior UK DVD, this also contains an alternate, longer edit of "Nice" that essentially plays the same but will be of interest to completists for its added shots and variations in final editing. The 2001 documentary "Les voyages de L'Atalante" by film documentarian Bernard Eisenschitz covers the tumultuous story of the feature in great detail, including the sorry conditions under which it was released without the director's initial consent. Music video legend Michel Gondry also contributes a brief visual tribute, while on the vintage TV side, you get another excerpt from Cineastes de notre temps (which seems to make it in some form or another on 90% of Criterion's French-themed releases), this time a feature-length 1968 look at Vigo's work, and a video interview from the same year with Truffaut and Eric ROhmer discussing their insights on L'Atalante. Director Otar Iosseliani also offers a ten-year-old interview for about 20 minutes concerning the impact of the films and his own views about their experimentalism, while the hefty liner notes booklet contains further essays by Michael Almereyda, Luc Sante, Robert Polito, and B. Kite, with an emphasis on Vigo's transition from counterculture bad boy to a sunny optimist in the face of death.