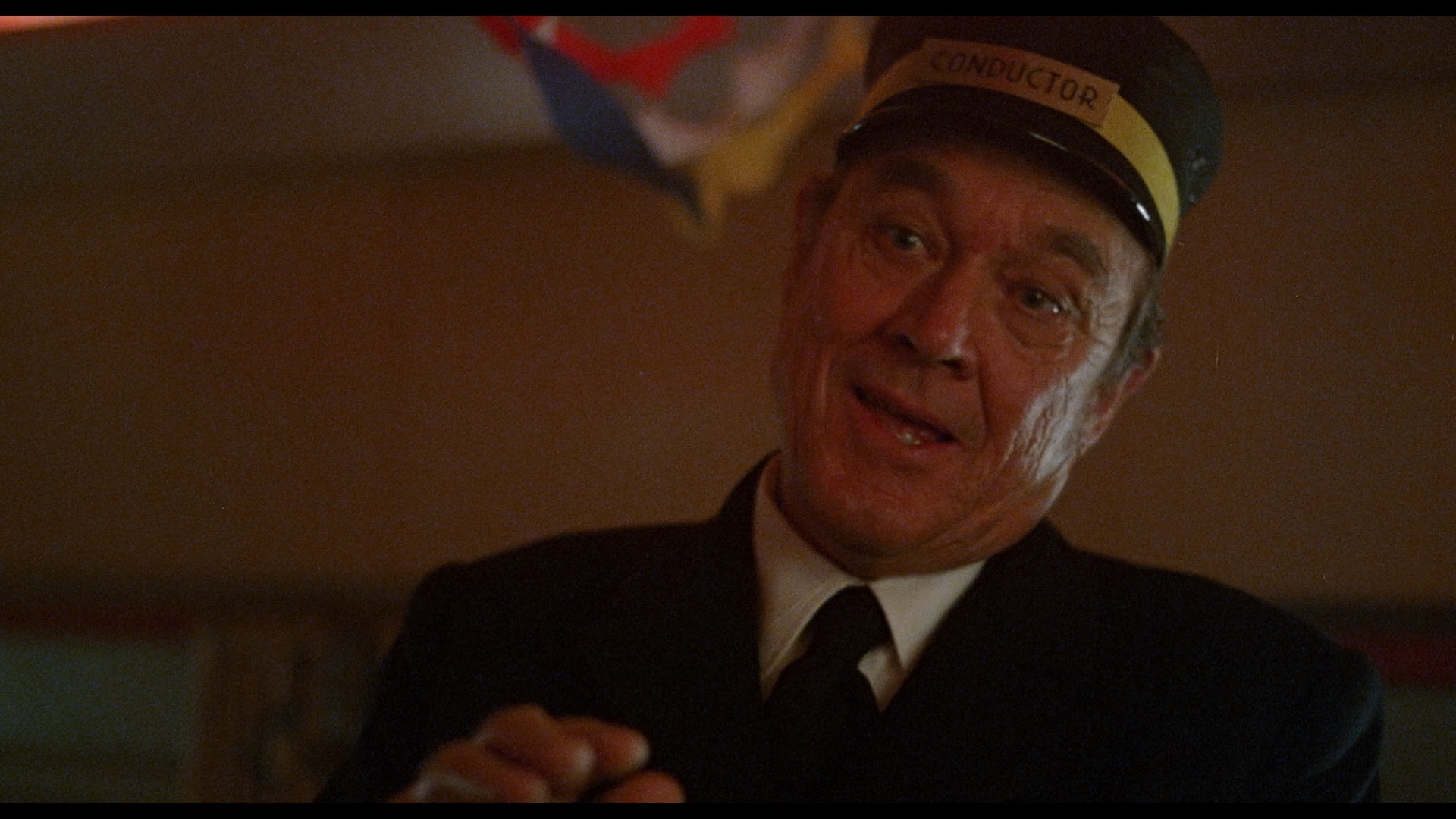 most iconic star of the slasher era, 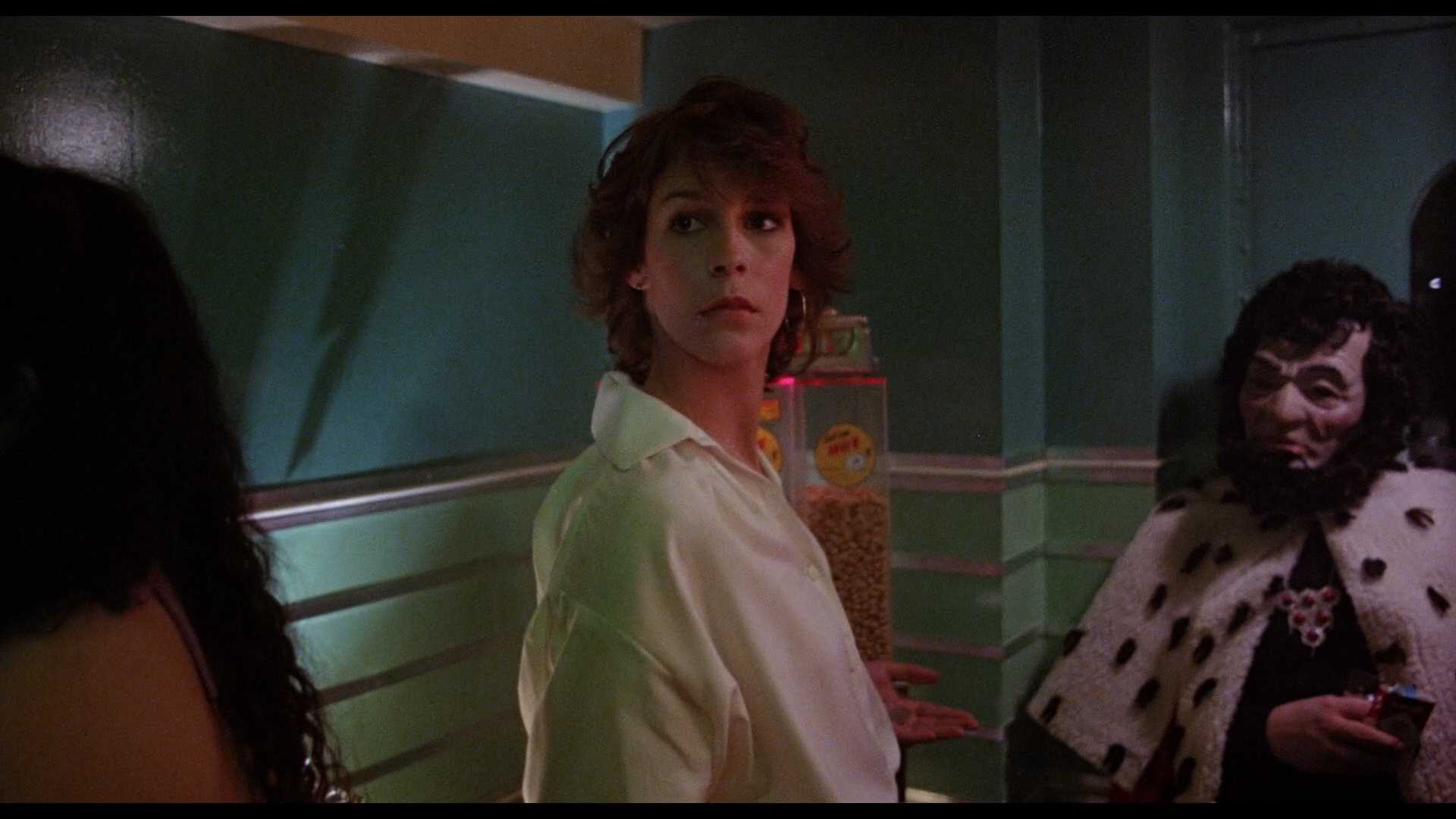 Jamie Lee Curtis, was quickly becoming a name after the success of Halloween and her presence as the sole person on the poster for John Carpenter's follow-up film, The Fog. That made her a strong prospect for Canadian tax shelter films, so she headed north for a pair of features that would both open in 1980, Prom Night and Terror Train. The latter is definitely the more respectable of the two given the presence of Oscar winner Ben Johnson (The Last Picture Show) and the moody, colorful cinematography by John Alcott, whose groundbreaking work on The Shining could be seen the same year. Very low on gore but high on atmosphere, Terror Train has now stood the test of time as one of the many slasher films that bucks against the lazy accusations hurled against the subgenre over the years.

When a particularly nasty and perverse New Year's Eve prank involving a cadaver turns out even worse than intended, its victim, Kenny, ends up going to a mental institution with the perpetrators getting away scot free. Three years later, the frat and sorority jerks responsible end up boarding a train for an overnight graduation party on the rails through the wintry wilderness, with passengers including the guilt-ridden Alana (Curtis) and far less sympathetic Doc (Bochner). While everyone enjoys lengthy magic shows performed by none other than David Copperfield, a killer starts bumping them off one by one, assuming the costumes of each victim along the way. Could it be Kenny, and if so, how is he moving around the train seemingly in plain sight? 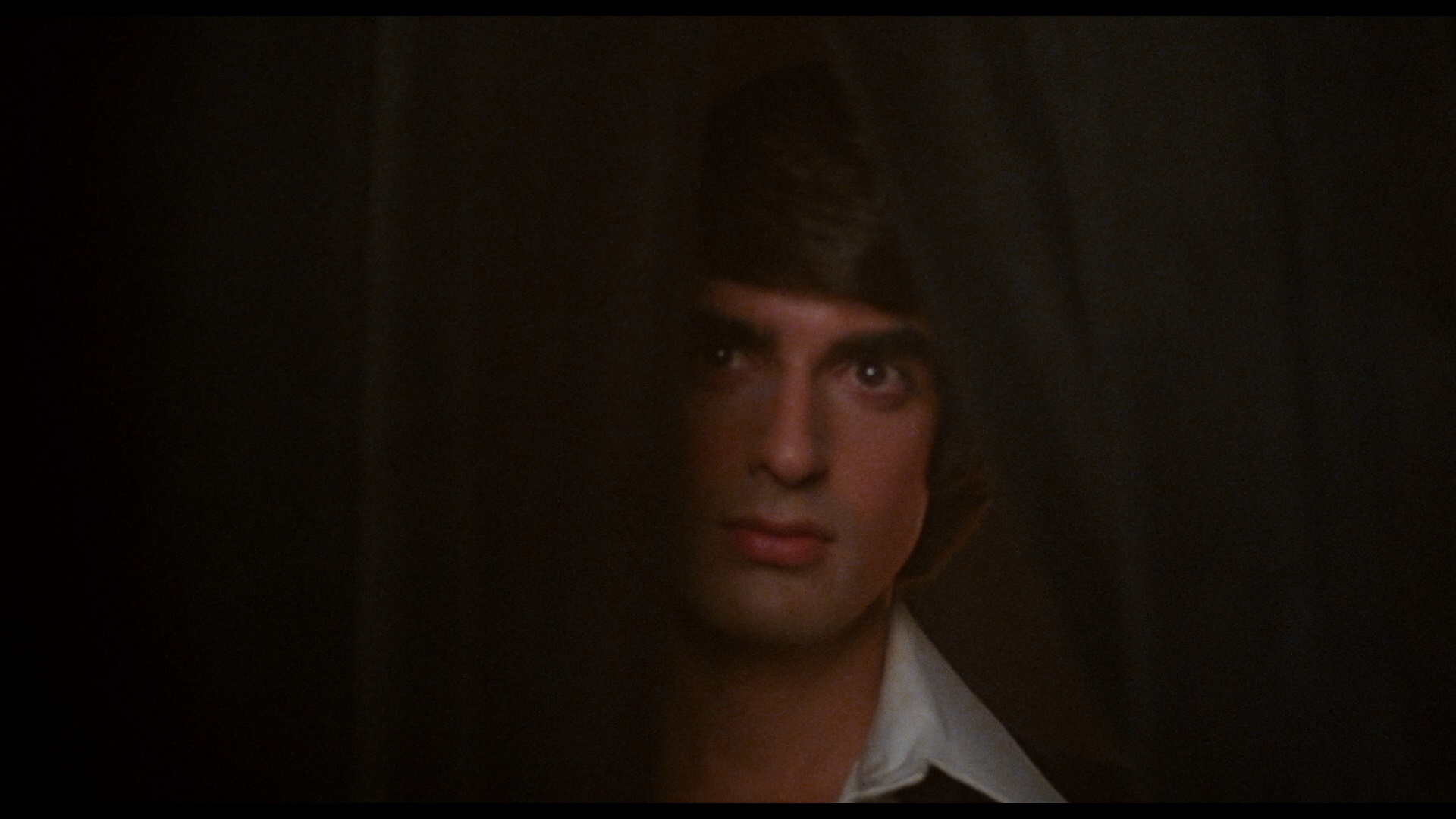 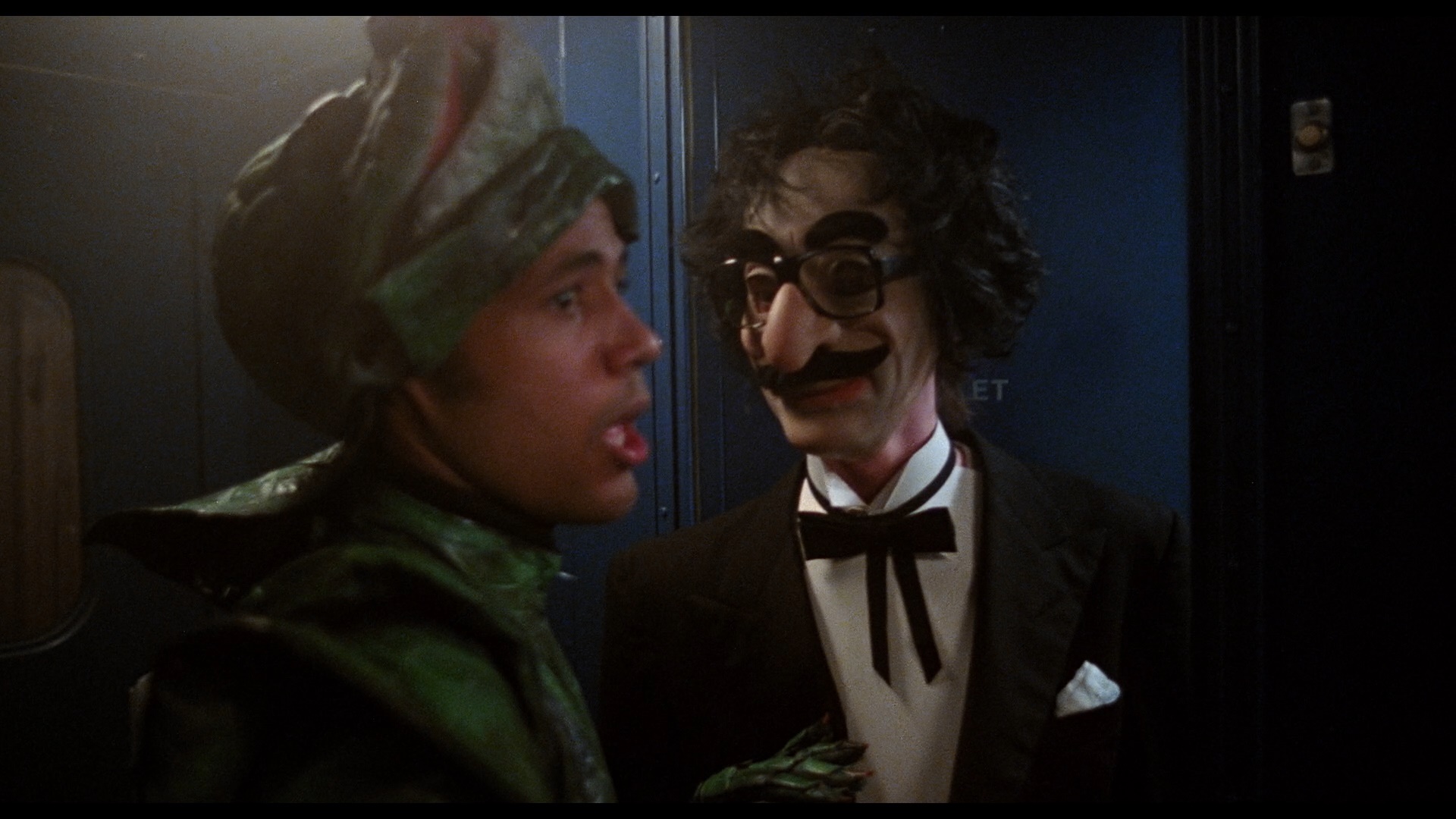 Apart from the novelty of the costume-switching gimmick, Terror Train doesn't try to reinvent the slasher wheel at all here but gets the job done with enough class and efficiency to put it in the winner column. On top of that it has a really interesting supporting cast including future Prince protegee Vanity (under her Tanya's Island name of D.D. Winters), The Fly's Joy Boushel, and a debut appearance by Sandee Currie, who went on to enliven Curtains and the criminally underseen Terminal Choice. Cementing its genre cred is the presence of producers Sandy Howard and Harold Greenberg, who also delivered another terror in confined spaces offering the same year, Death Ship. Perhaps most surprisingly, this was the directorial debut for Roger Spottiswoode, a onetime editor for Sam Peckinpah (Straw Dogs, Pat Garrett & Billy the Kid) who would go on to the Hollywood big time, at least for a while, with titles like Air America, Tomorrow Never Dies, and The 6th Day.

After a middling DVD release from Fox with only the trailer as an extra, Terror Train first hit Blu-ray in 2012 (a combo edition with a DVD) as one of the earliest releases from Scream Factory with a transfer that was passable at the time but featured a fair level of minor damage throughout (lots of white specks) and a sometimes harsh, artificial appearance to the grain field as if the sharpness had been cranked up a few notches. Colors looked great, however, and it certainly beat the DVD hands down. Extras on that release include "Riding the Rails" with production executive Don Carmody (13m26s), "Destination Death" with producer Daniel Grodnik (12m8s), "All Aboard!" with production designer 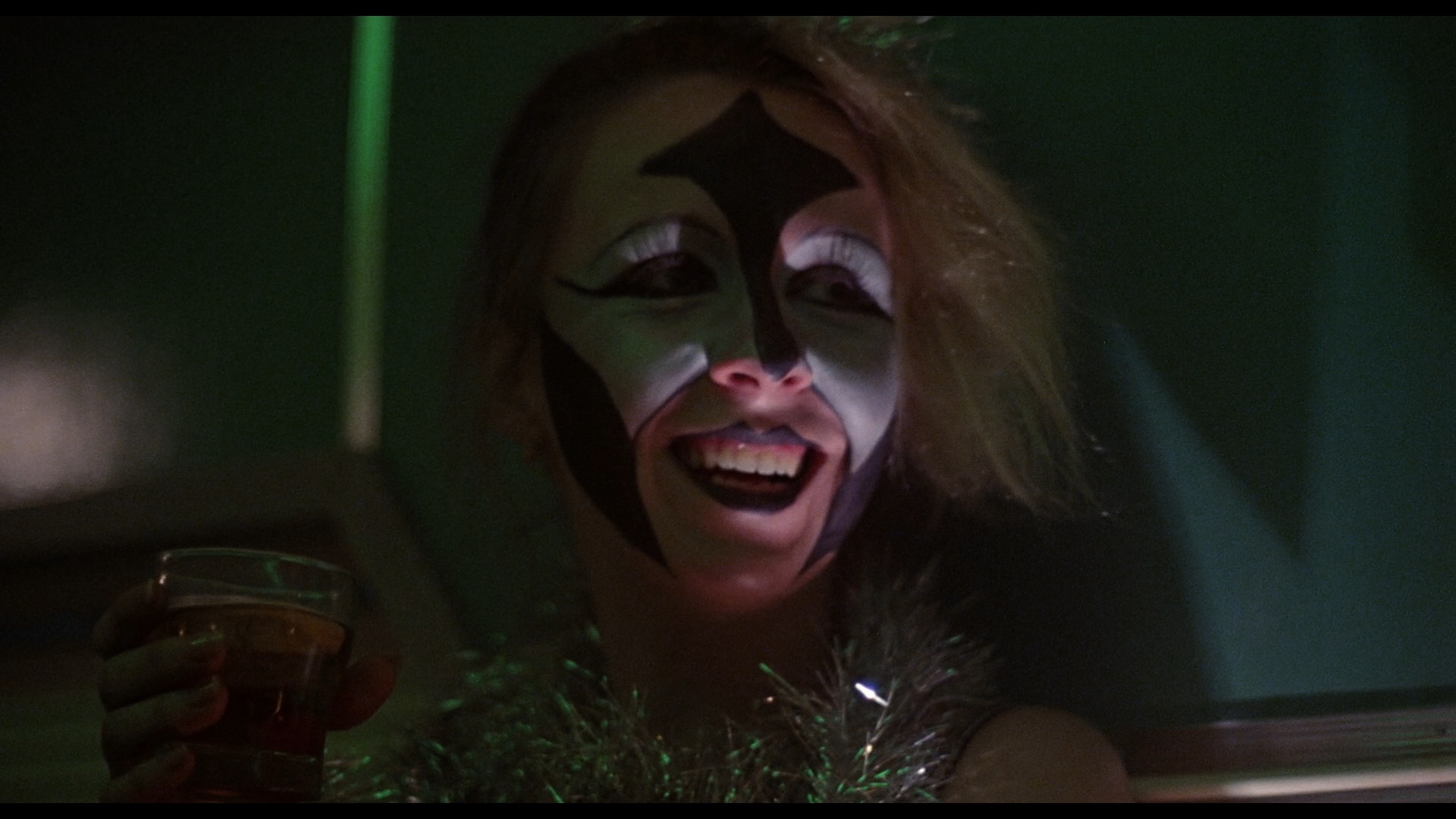 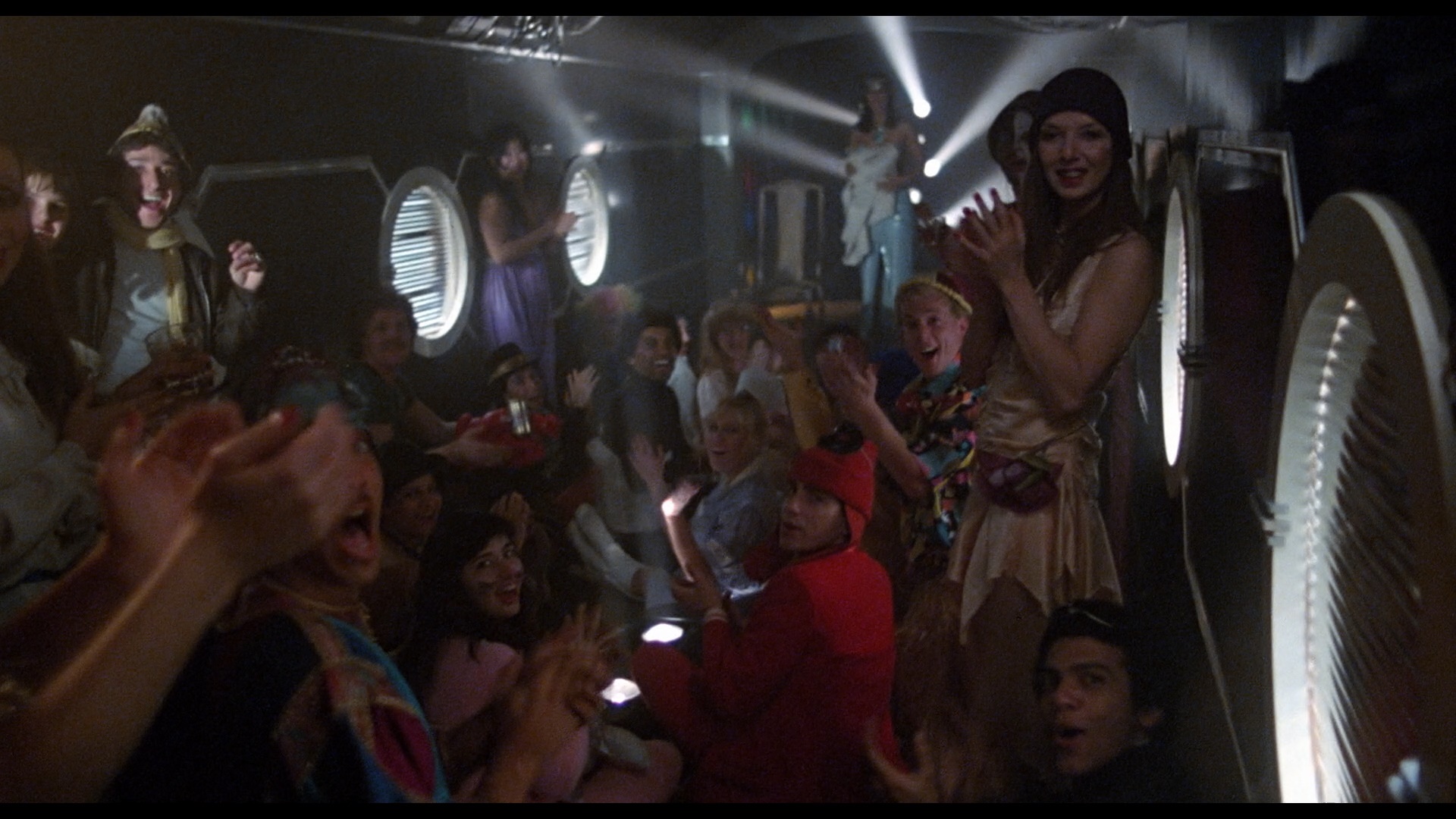 "Murder Music" with composer John Mills-Cockell (8m10s), which collected make for a thorough history of the film including extensive details about the cold warehouse shooting conditions at night, the insanely elaborate electrical resourcefulness needed by Alcott and company to pull off the demands of lighting the train, the demands of genre filmmaking at the time in Canada and abroad, the genesis of the project after a fortuitous dream, and lots more. Also included are a TV spot, the theatrical trailer, and a colorful gallery (4m50s) of international promotional material and production photos. An audio commentary with Spottiswoode was announced but never materialized.

In 2019, Scorpion Releasing hopped aboard with a refurbished special edition Blu-ray featuring a new 2K scan of the film's interpositive (which opens up with a vintage United Artists Transamerica logo, interestingly enough). Color timing and framing are very similar, but the film grain and black levels are handled far better here with a more natural look as well as extensive clean-up of the many white specks and damage marks that plagued the earlier release. Frame grab comparisons can be seen below, though the difference is quite a bit more significant in motion. DTS-HD 5.1 and 2.0 English mono options are offered with optional English SDH subtitles; the mono track is obviously more faithful to the original mix, with the 5.1 mix sounding louder but actually sticking pretty close as well with minimal multi-channel activity. All four of the interviews from the prior release have been ported over (along with the trailer, TV spot, and identical gallery), but in a welcome touch, we finally get to hear from Spottiswoode himself with a new interview (16m46s) about his thoughts on tackling the film, with the no-cheating depiction of the magic acts posing a particular challenge. He also touches on Johnson's desire to cut down on his lines and some of the methods Alcott used to light the train, including his own version of the rewiring necessary to pull off the complicated dimmer effects. Also new is a chat with writer Judith Rosco (5m35s), who's very amused as she recalls the explosion of filmmaking in Montreal, the influence of Halloween, and the more conventional 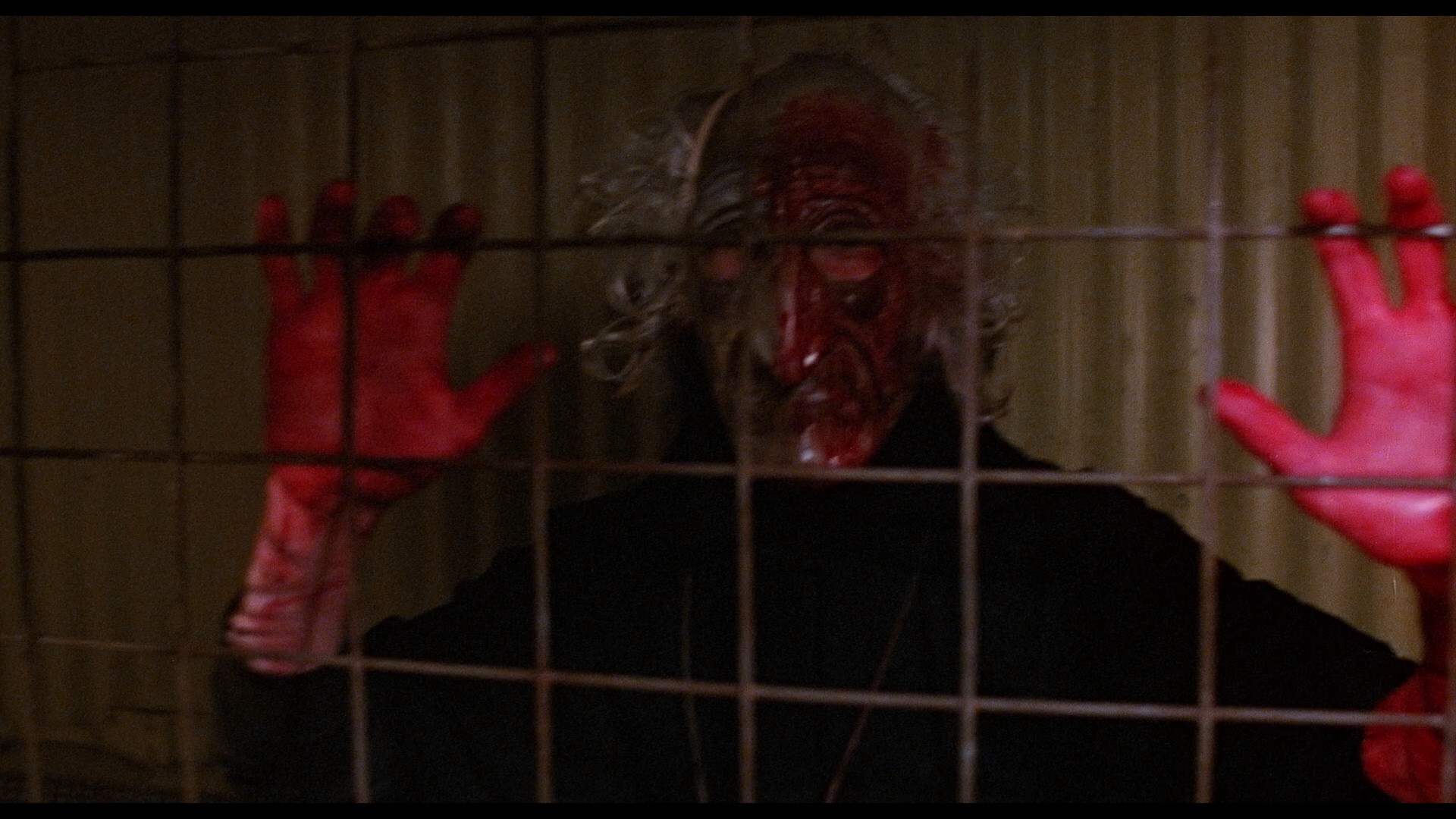 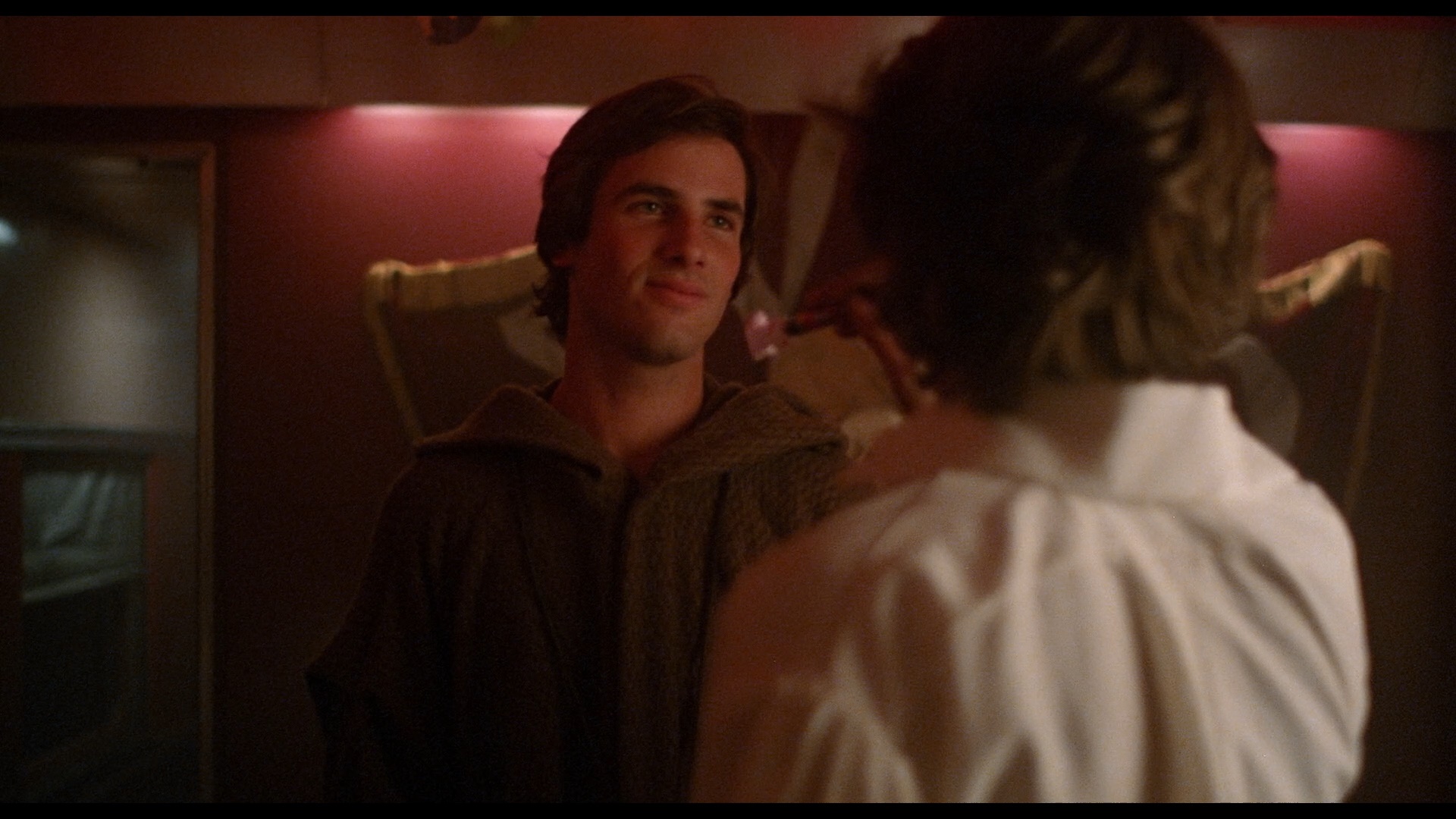 of this film compared to its inspiration. The first pressing of the Blu-ray comes as a limited slipcover edition featuring a mini-poster showcasing the colorful new cover design by Devon Whitehead; the later retail version with the slipcover will also be devoid of the older Scream Factory extras.

At the end of 2019, 88 Films brought out its own U.K. edition of this enduring title as #41 in its Slasher Classics Collection, with image quality identical to the Scream Factory in terms of color timing, framing, etc. That said, it has been given quite a bit of digital cleanup to take out some dirt and debris that had been obvious in the darker scenes. The DTS-HD MA 2.0 mono soundtrack is faithful to the theatrical mix, with optional English SDH subtitles provided. The Scream Factory featurettes have been carried over here, namely the Bydwell, Grodnik, Mills-Cockell, and Carmody interviews, plus the trailer, TV spot, and gallery. The big addition here is a pair of audio commentaries starting off with the slasher-savvy gang at The Hysteria Continues, who have a lot of fun diving into this one with thoughts on its aspirations for big box office, its skirting so close to the release of Friday the 13th and the other big titles in 1980, the importance of Curtis to the subgenre at the time, the development of the concept in the wake of Halloween, and plenty more. It's much more expansive than their earlier 2015 podcast episode on the film (#100, interestingly enough) and quite fun to hear. The second track features "the Kings of Schlocky Bobbins," Dave Wain and Matty Budrewicz, who have a good time talking about warming up to the film over the years, the potency of that ghoulish opening prank, the quirkiness of Canadian horror cinema, all things David Copperfield, and the "botched job" promotional campaign, among plenty else. 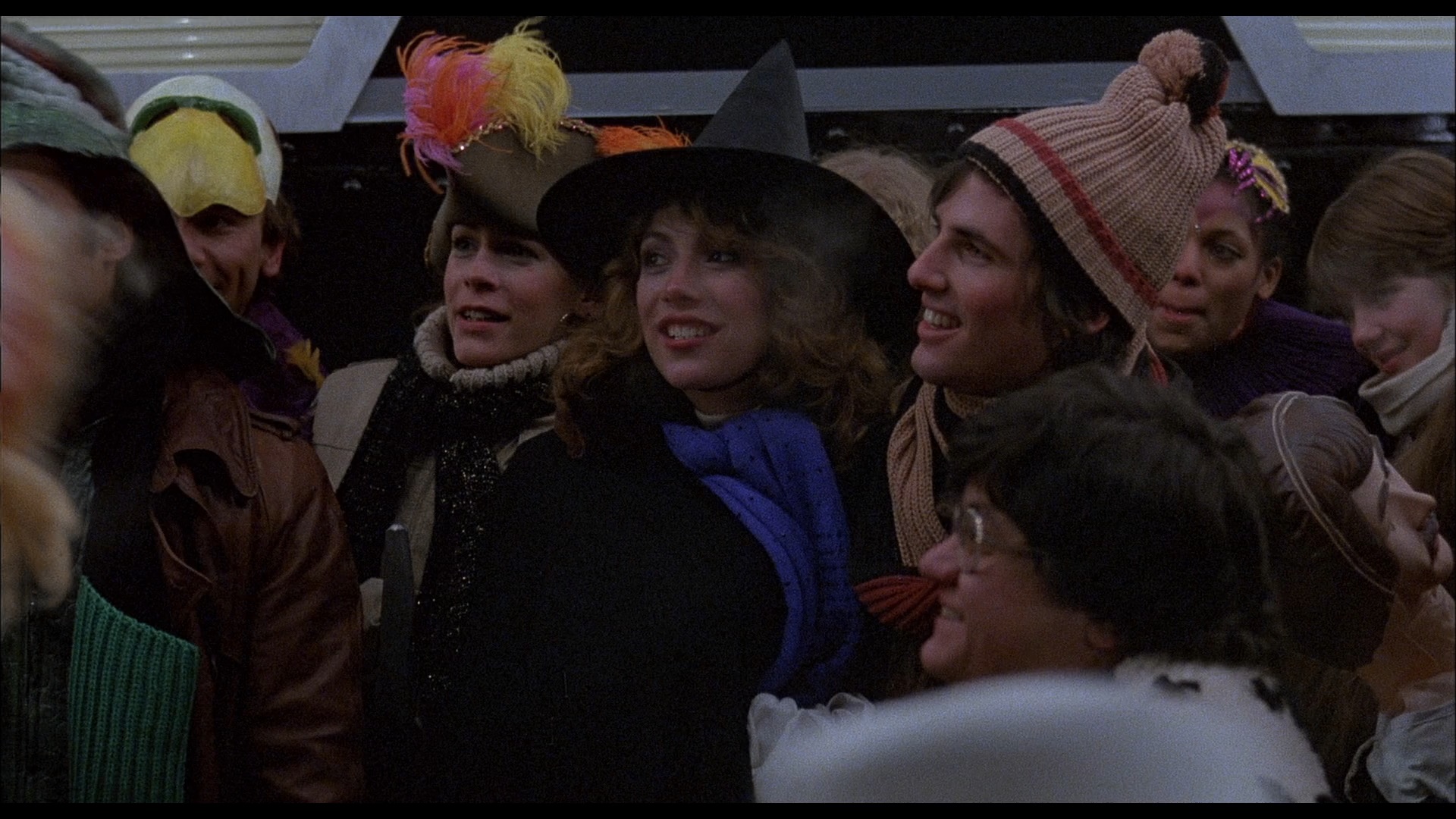 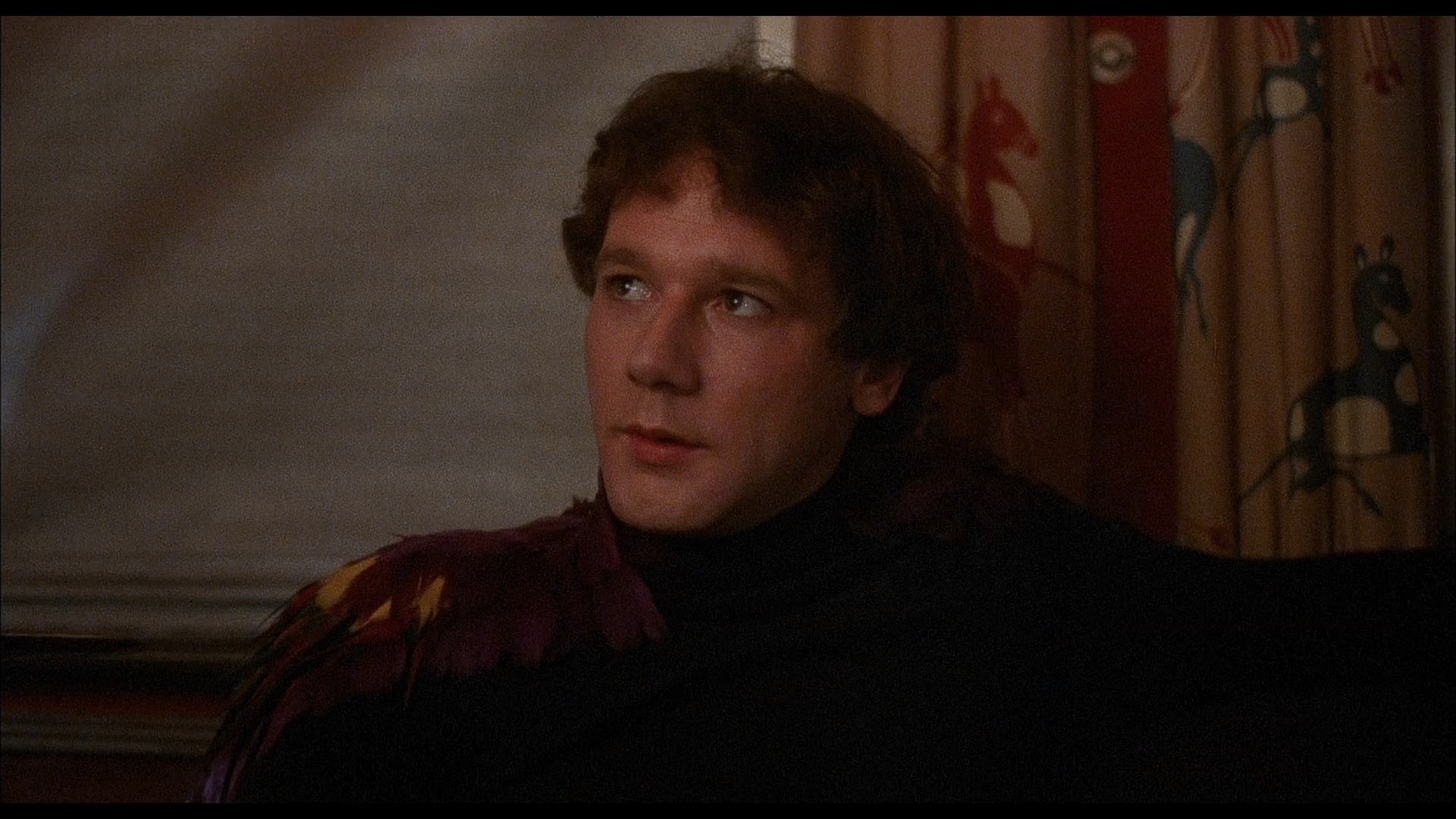 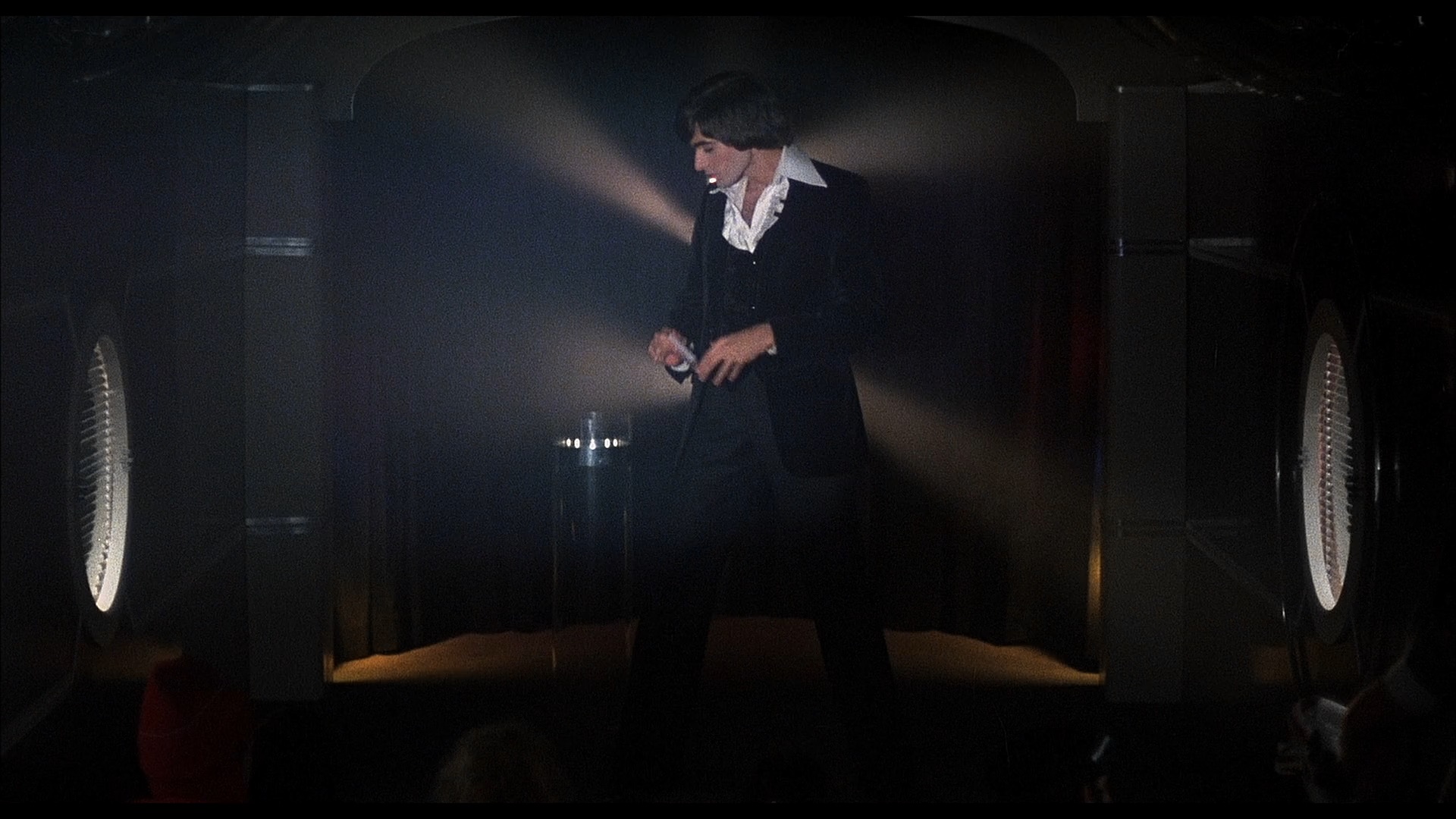 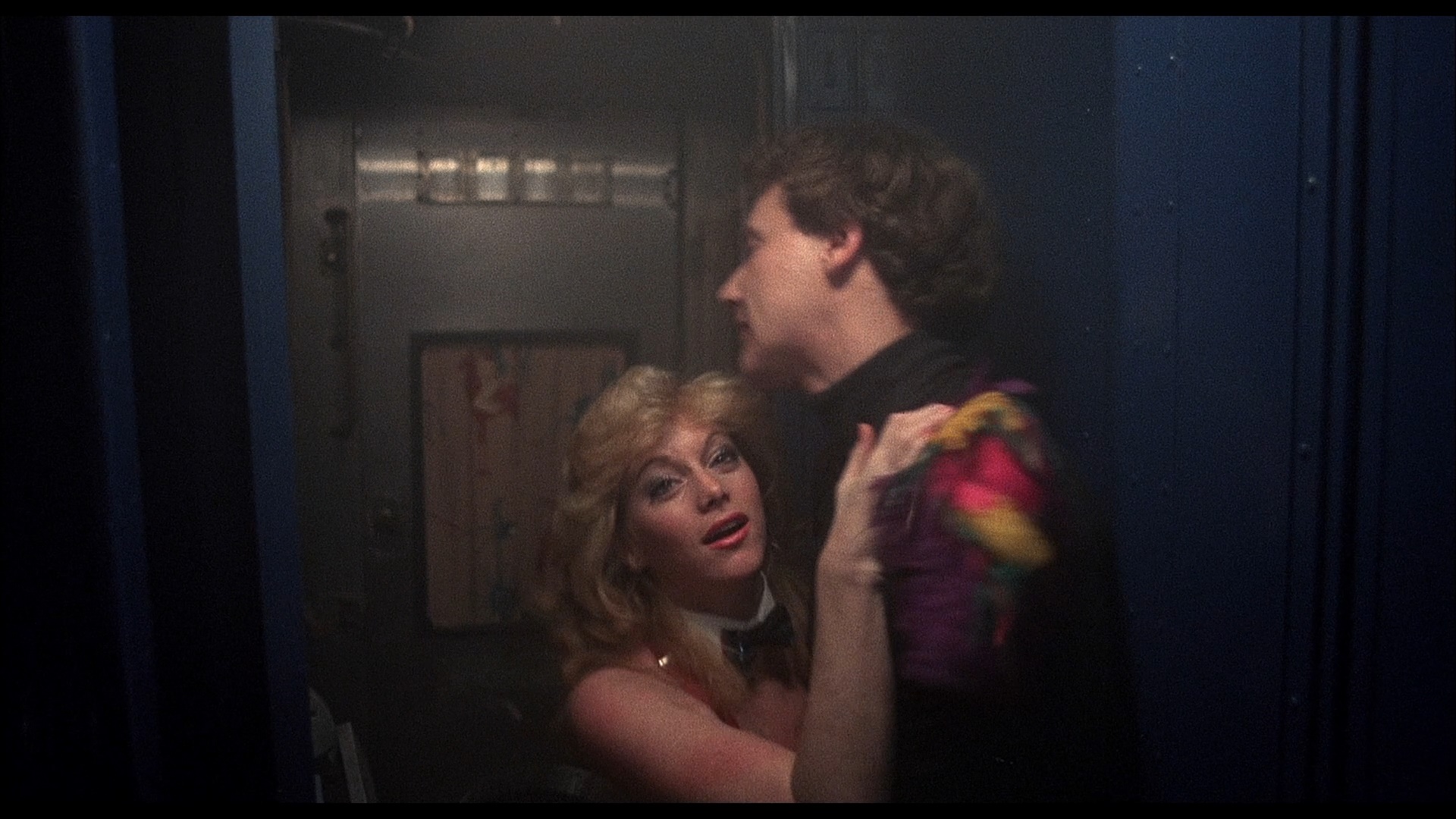 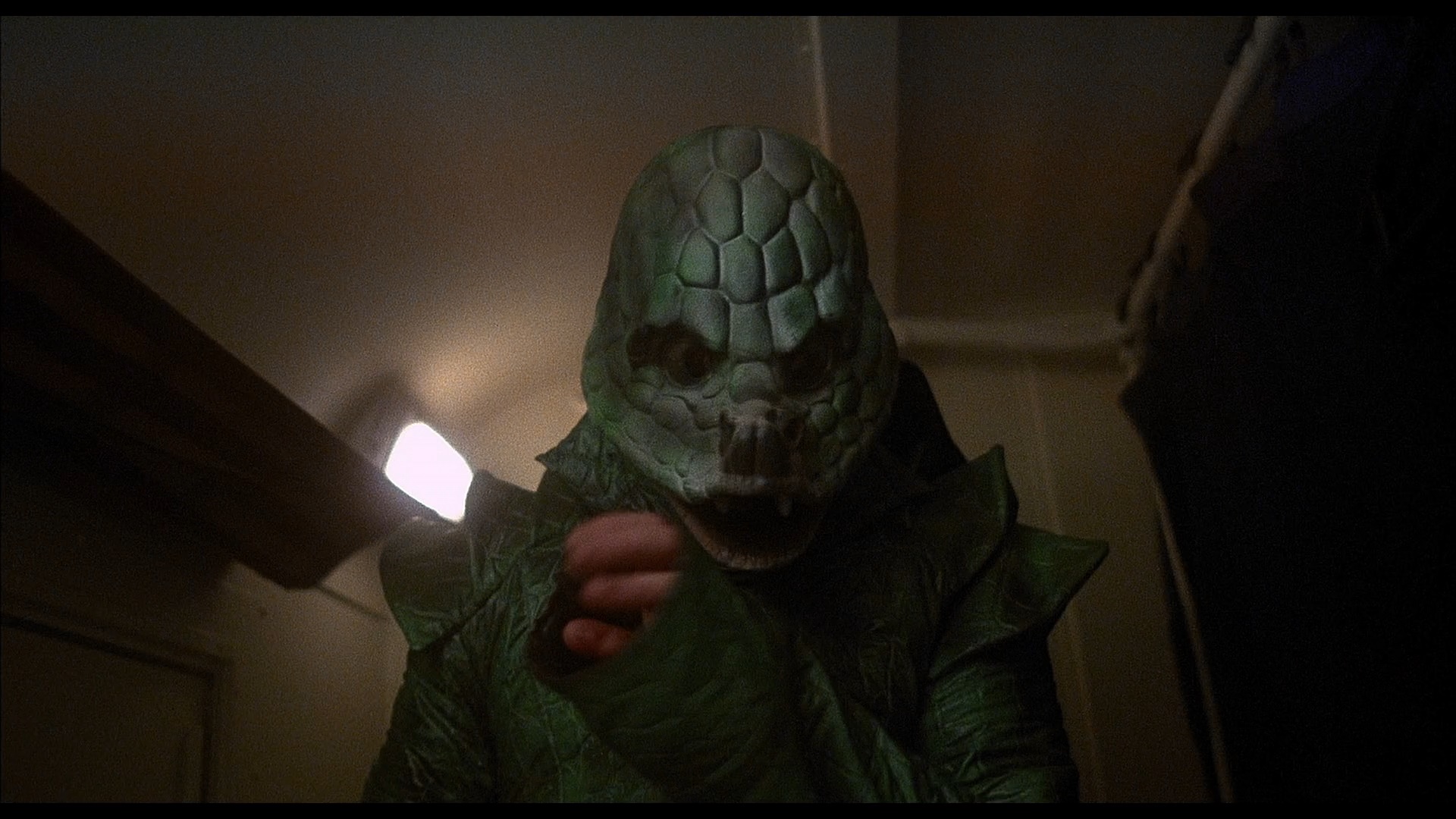 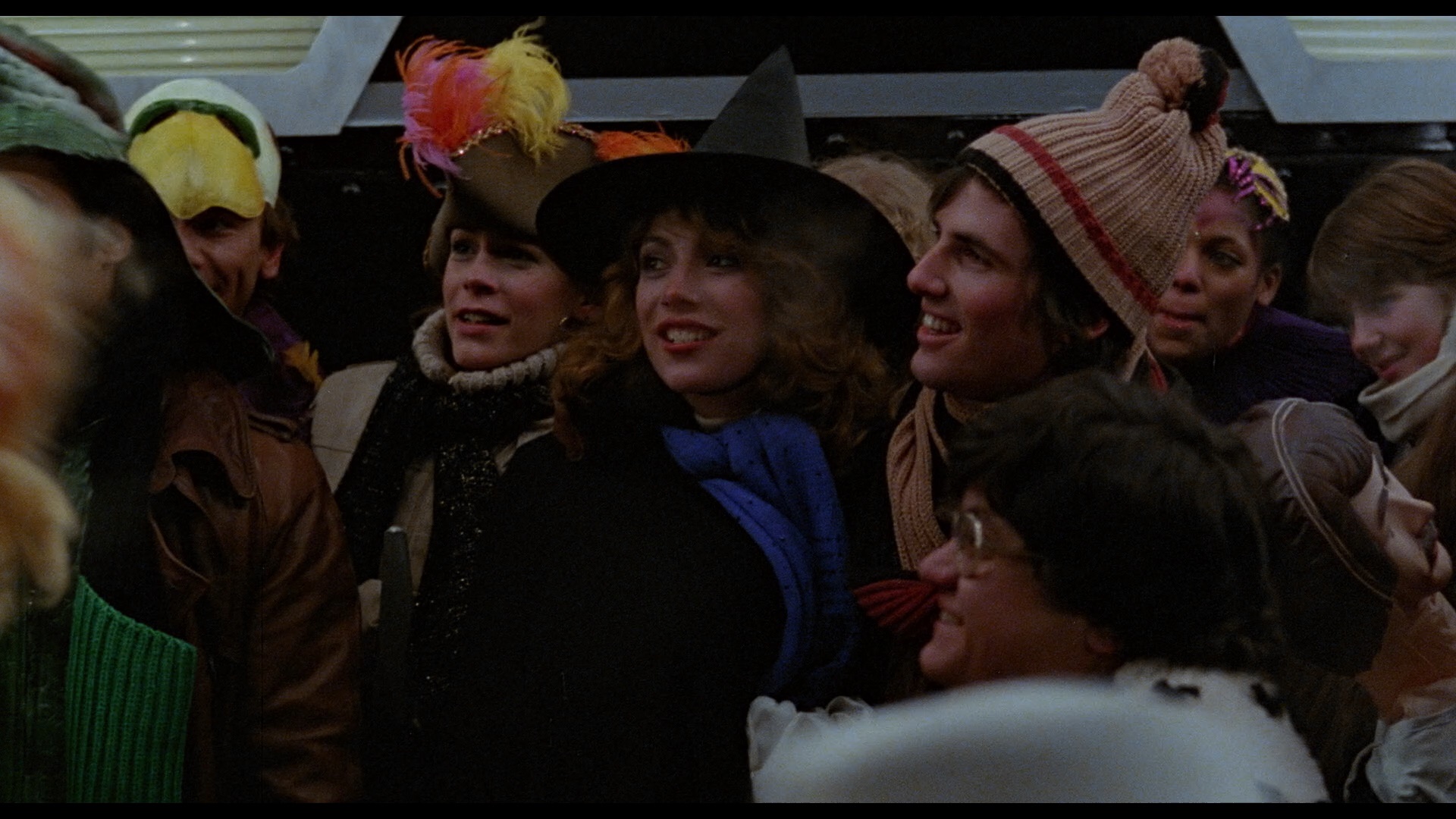 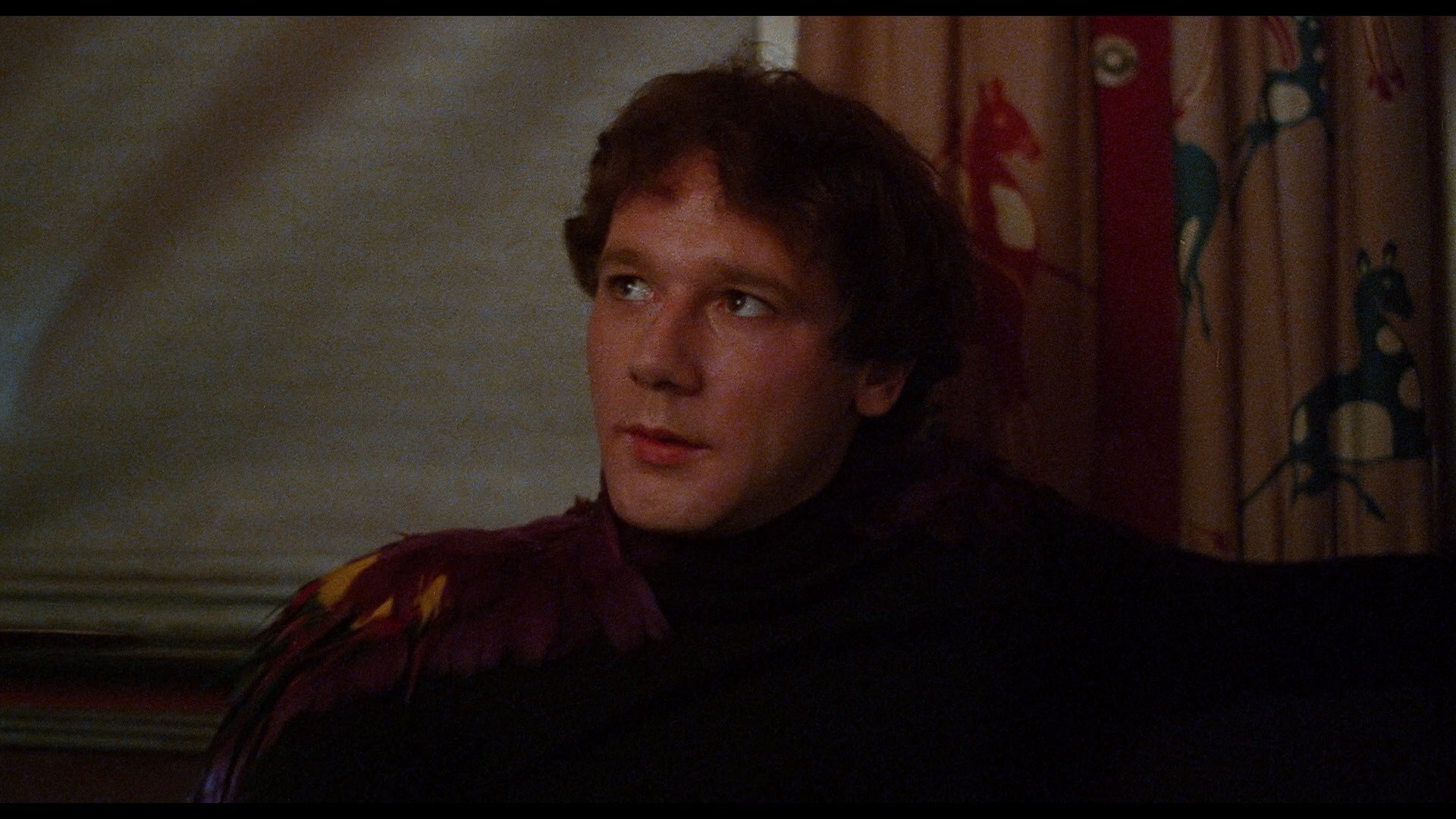 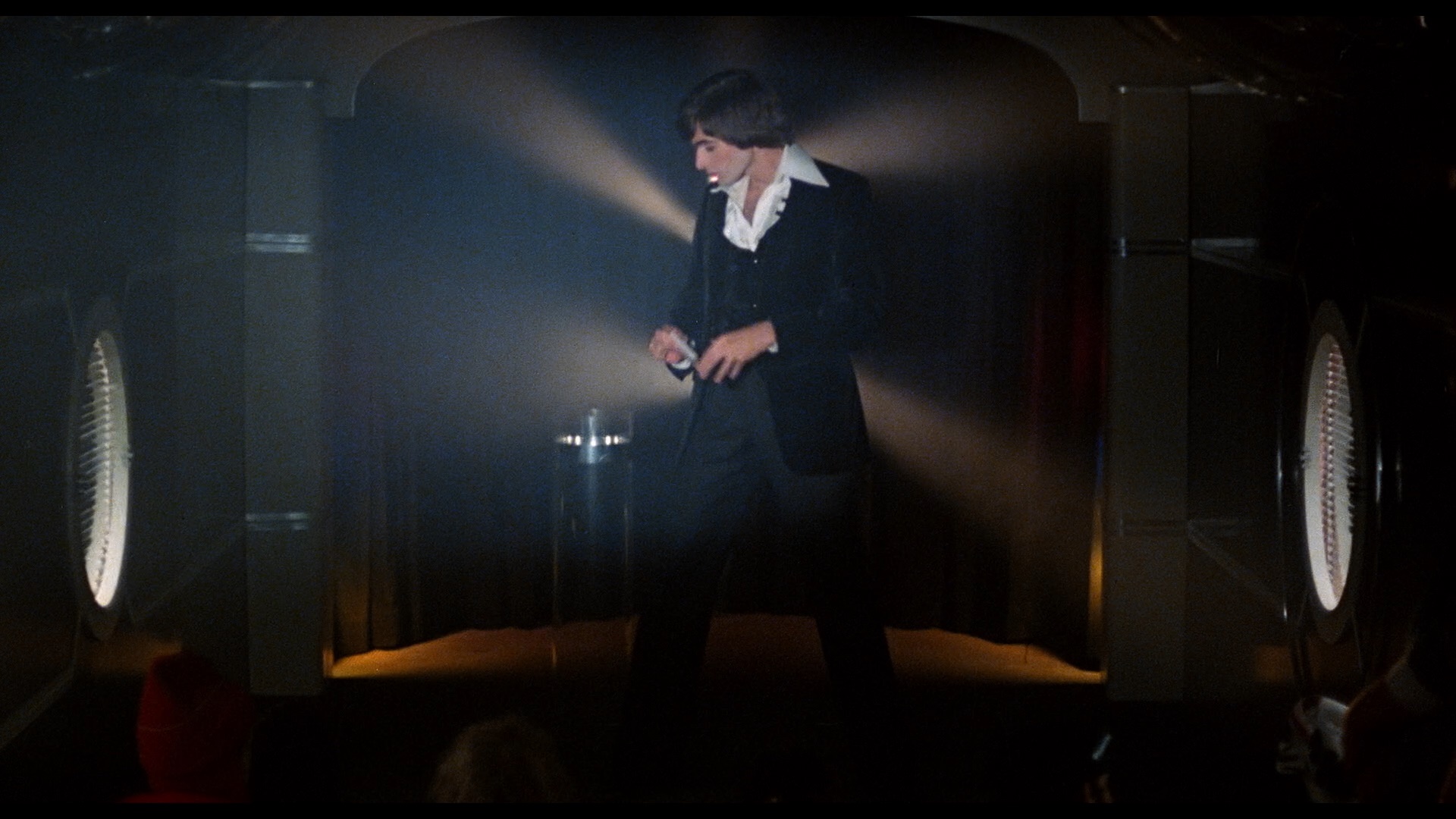 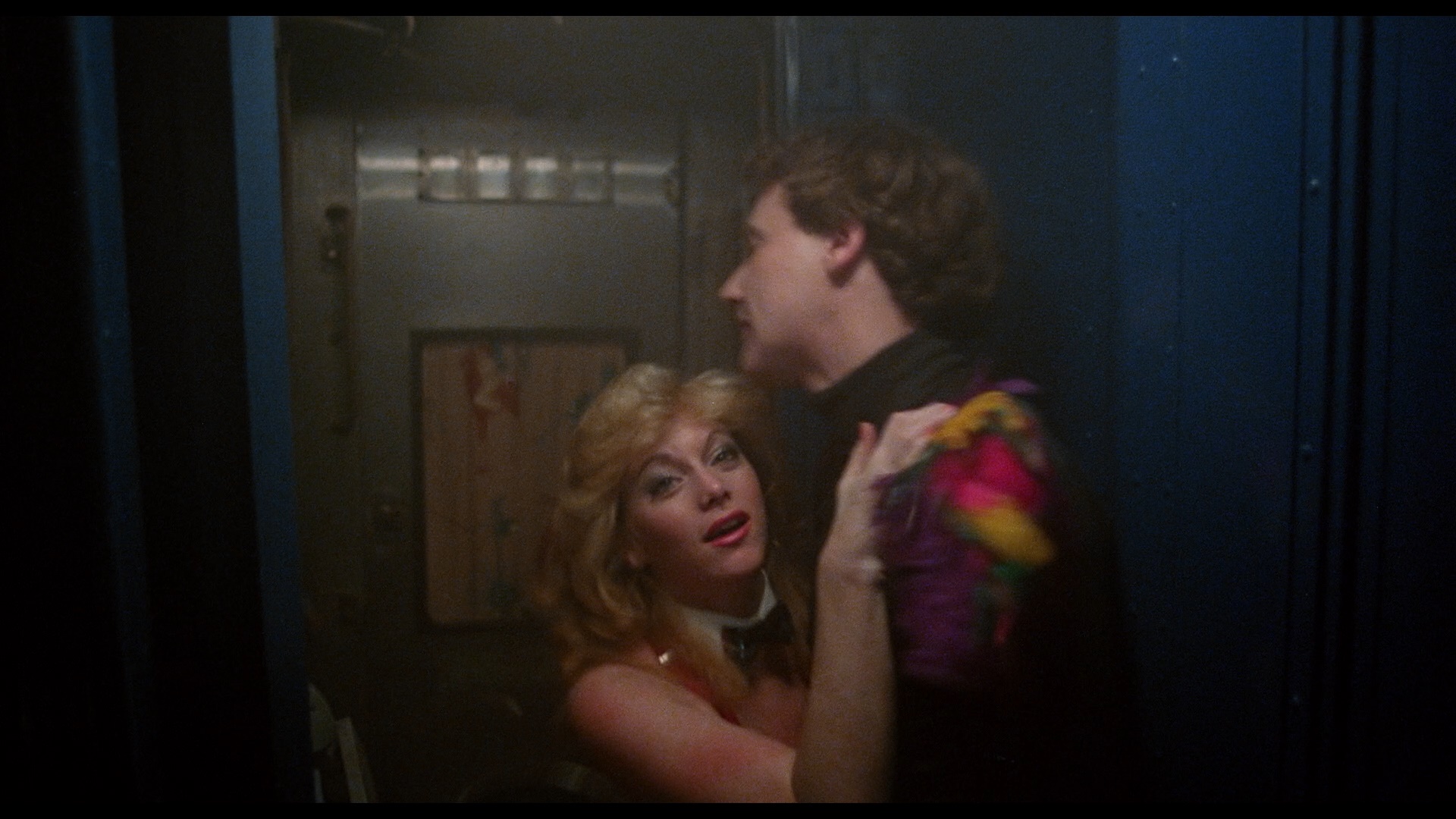 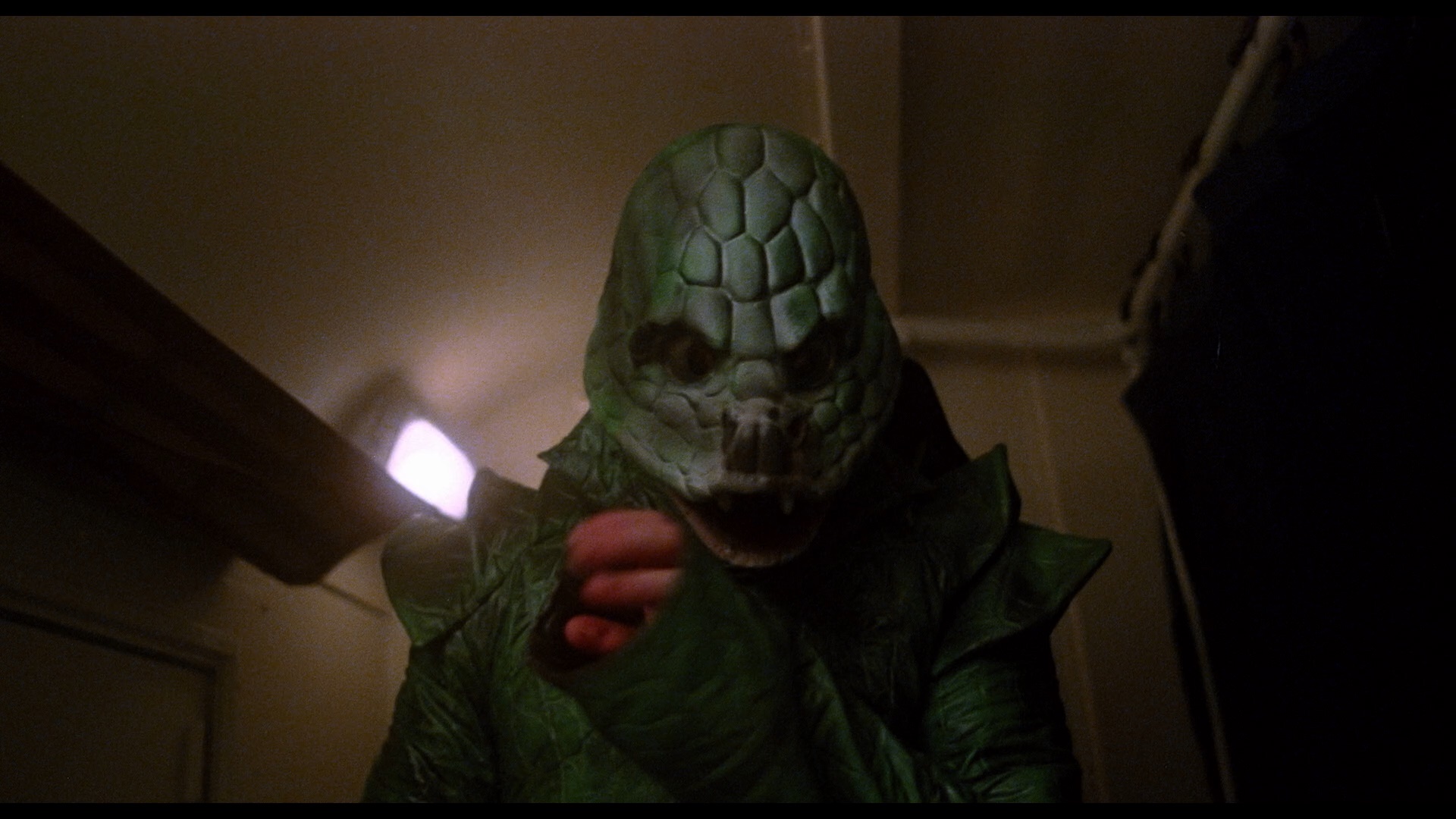 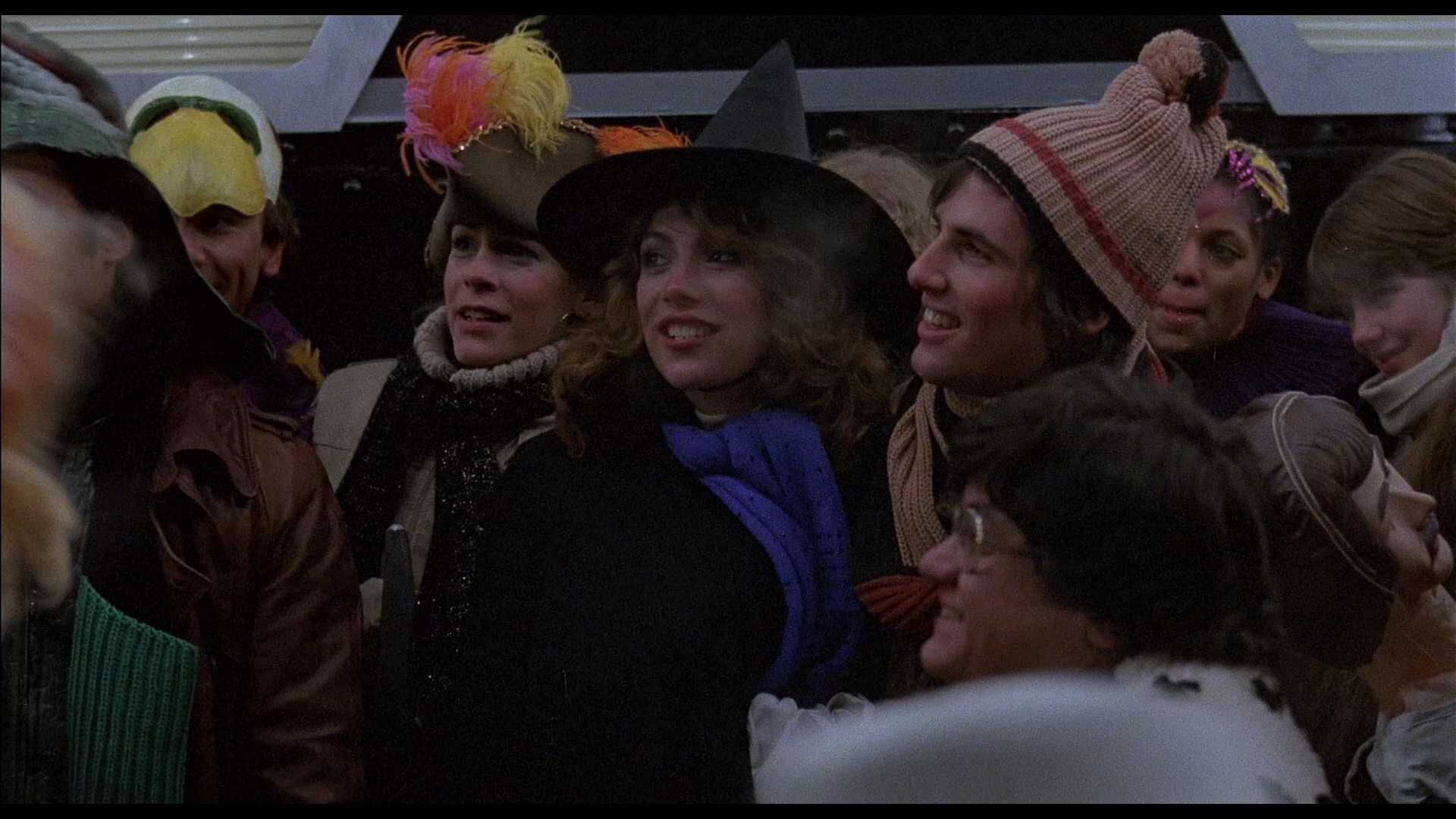 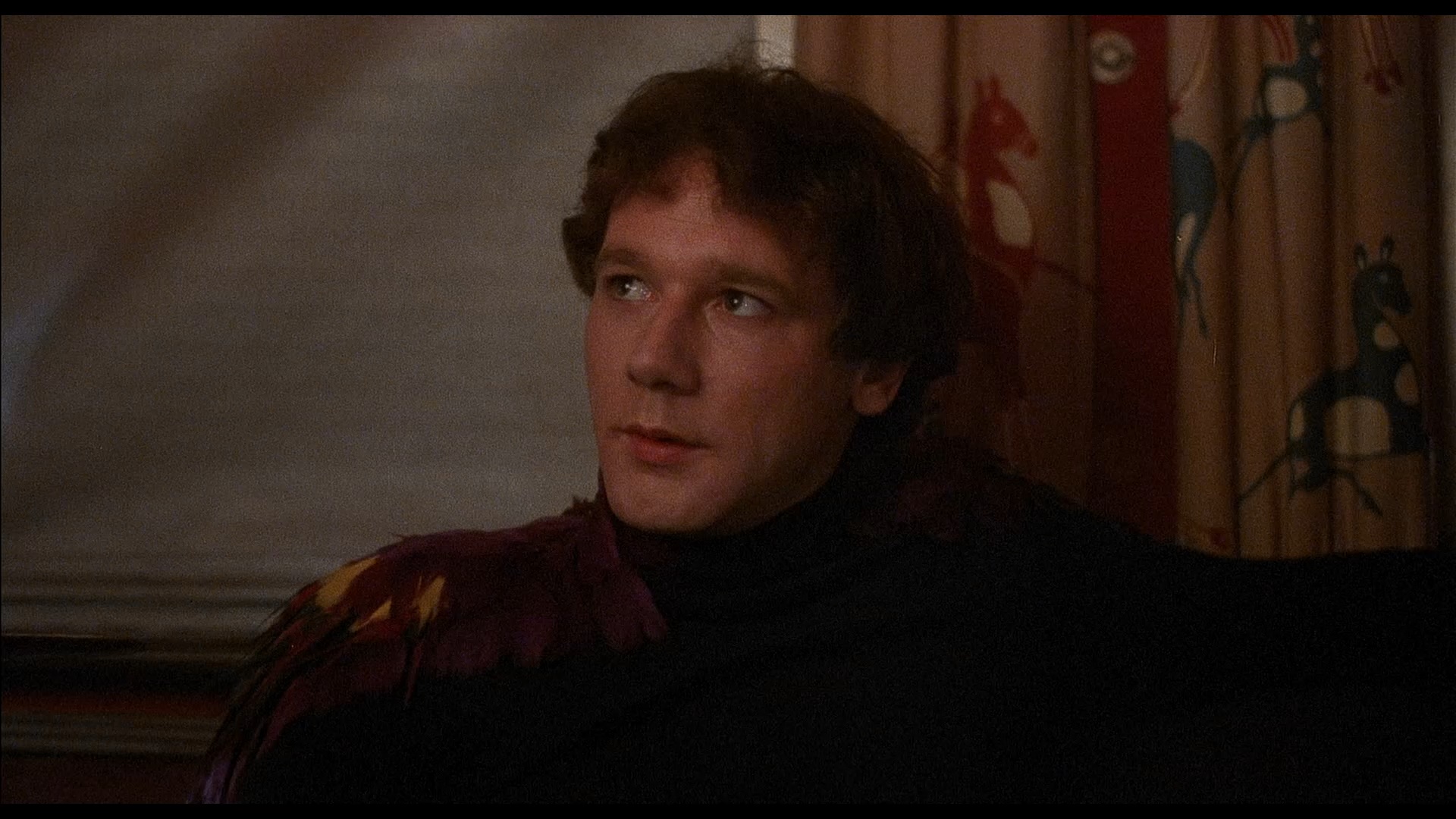 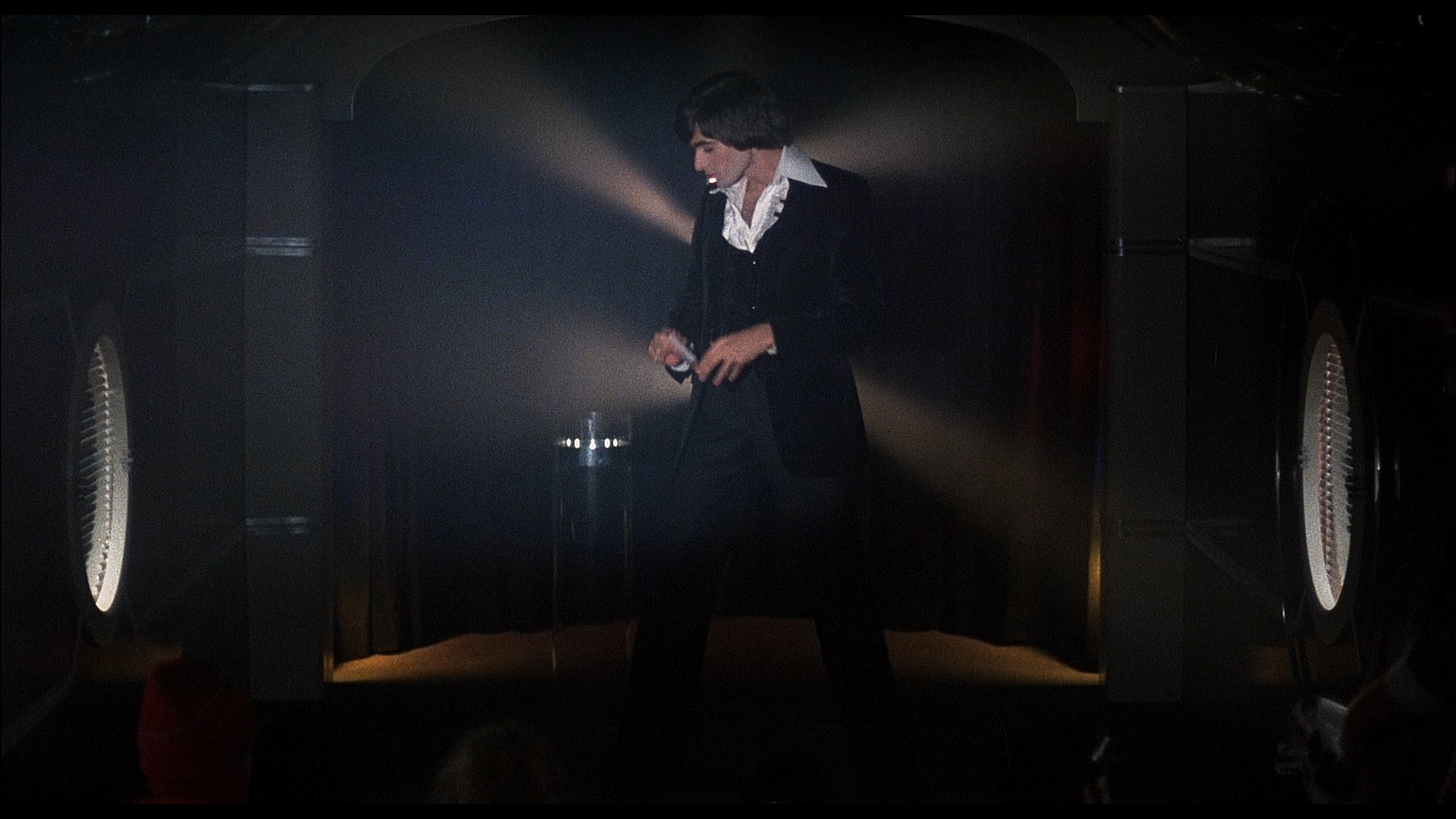 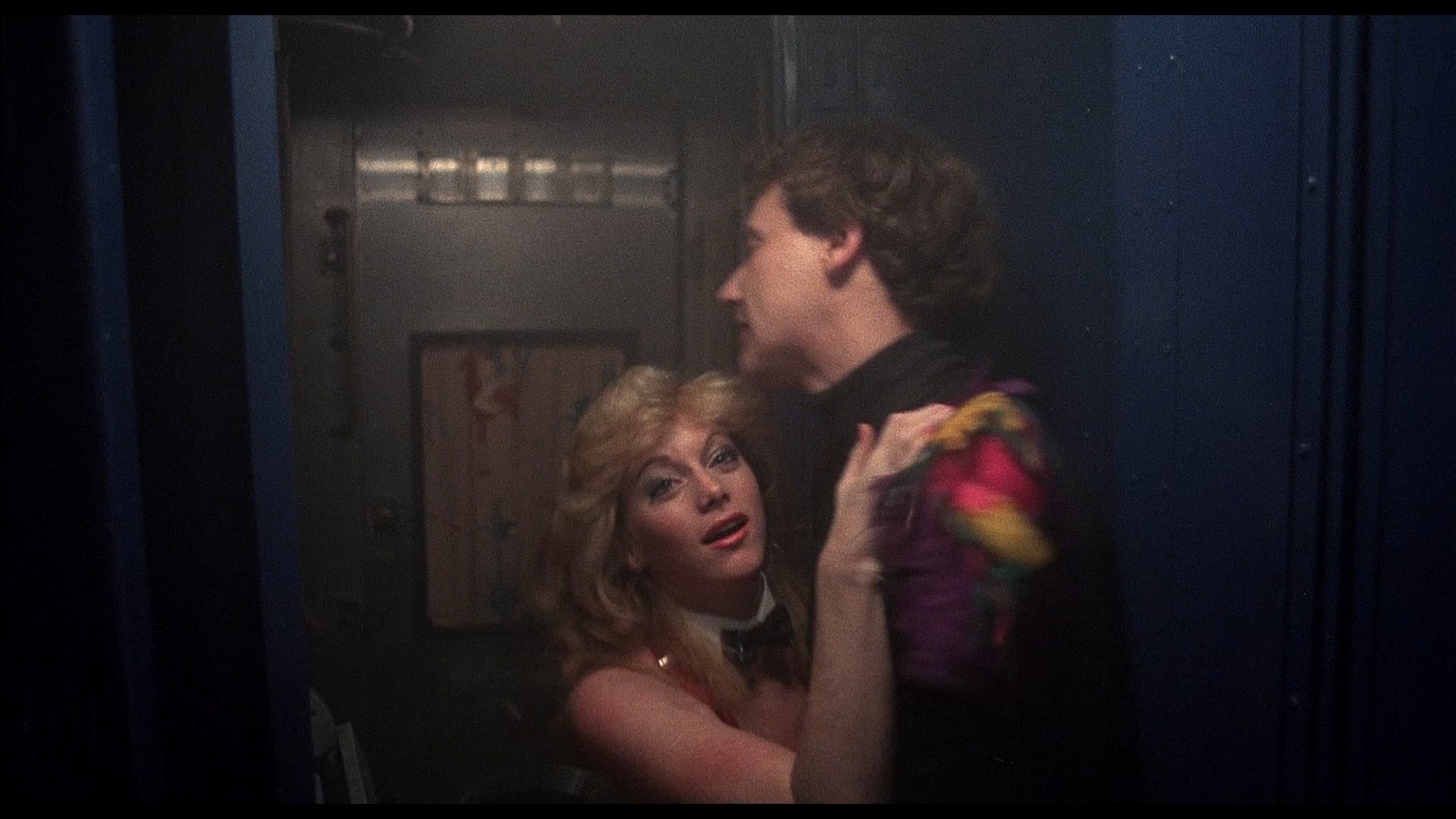 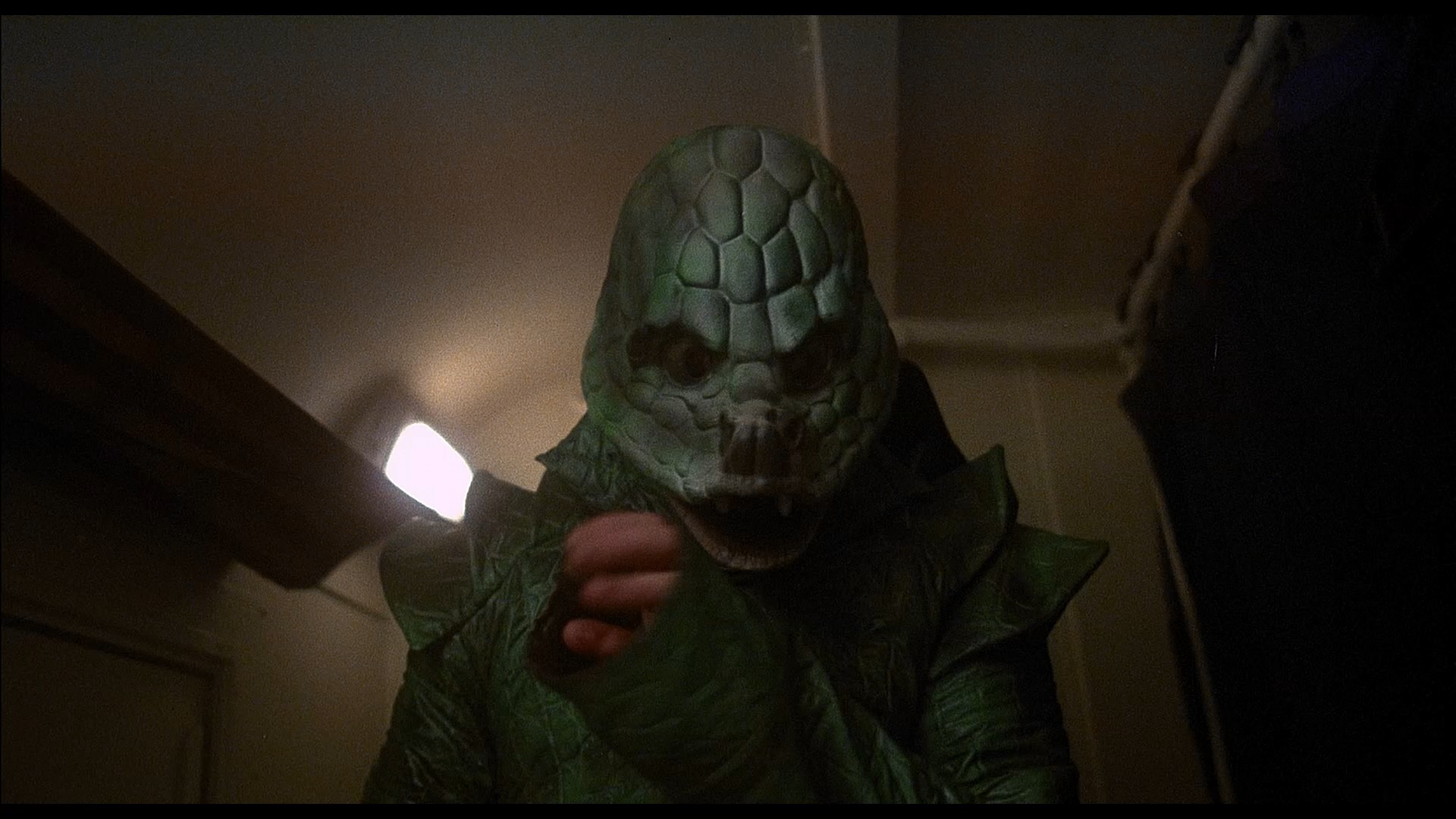