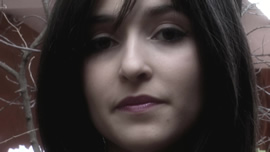 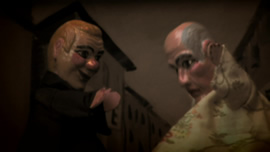 It's ironic that the increasing English-language popularity and critical respect accorded to the giallo, that distinctly Italian subgenre merging murder mystery and horror into a stylish stew, has had an inverse relationship to the quality of the few gialli actually coming out of Europe. Few would argue that the dying gasps of the real giallo occurred in the early '90s, with occasional minor gems still popping up from Dario Argento and company. Unfortunately we've also been subjected to some pretty awful giallo-inspired thrillers both from Italy and the United States, and even Argento was cursed when he actually took on a work-for-hire project called Giallo that turned out to be the worst film of his career. The few moderate successes among the giallo copycats have come from the team of Hélène Cattet and Bruno Forzani, whose Amer (2009) and The Strange Color of Your Body's Tears (2013) are visually accomplished enough to at least work as fun wallpaper, and the Astron-6 team, whose The Editor is probably the best neo-giallo of them all.

Tossed into this mix one year after Amer is Symphony in Blood Red, an overt Argento homage that even opens with a quote from Tenebrae and imitates both the look and several shots from Sleepless. However, the plot dispenses with almost anything resembling a mystery, instead offering a standard "plunge into the mind of a serial killer" yarn with a psychopath (who of course has a penchant for shooting everything on his video camera) lopping off the head of his therapist while rambling on and on in voiceover about how he's "like a chrysalis" (the film's original Italian title, Come una crisalide). From there we jump around through flashbacks, stalking sequences, and several brutal murders, including the slaying of a priest and a particularly ugly sequence involving a shirtless, ball-gagged man tortured with a straight razor. Of course, the usual buxom women get slaughtered, too, shot in a fetishistic style that clases with the ragged video footage shot by the psycho to unravel the traumas that have been festering inside him since childhood. 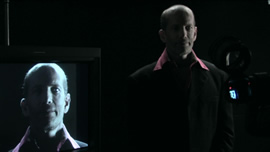 and twenty minutes, Symphony in Blood Red may be of some marginal interest to giallo completists but will leave just about anyone else reaching for the stop button. Renowned Italian FX artist Sergio Stivaletti provided the makeup effects, but all we really see among the dark, jerky camerawork is a few dark blood splashes, while the soundtrack is a hodgepodge of tracks by "Artvision featuring Claudio Simonetti," which means it's peppered with some of the unused upbeat tracks from his score for Argento's Opera. (Simonetti also pops up with his band Daemonia for one gruesome nightclub scene.) Thanks to enthusiastic support from Argento and company, this directorial debut from Luigi Pastore (who also made the making-of doc for the equally problematic Ubaldo Terzani Horror Show) was highly touted in Italy and given a reasonable release in Europe, but after seeing the final product, it's easy to see why it took five years to get to America. 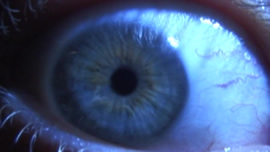 Troma only opted to release this film on DVD despite the fact that it had already been issued on German Blu-ray from Ascot Elite, featuring Italian and German audio options (in DTS-HD MA 5.1 and LPCM stereo) with optional English or German subtitles. The Troma disc features an Italian stereo track with burned-in, typo-riddled English subtitles (ugh) and looks considerably softer and duller next to its HD counterpart, which at least wrings a little bit of style out of the too-glossy digital photography, and hasn't been converted from what appears to be a supplied PAL master, meaning it runs three minutes shorter at a slightly faster speed. Frame grabs seen in this review are from the Blu-ray, but you can see some sample ones from the Troma disc by clicking here, here, and here.

Extras on the Troma disc include a new video intro with Lloyd Kaufman that's easily the most explicit one they've ever released (involving a naked tattooed Tromette and gushing menstrual blood), a 47-minute featurette about this film with the director chatting about the film (and getting kissed up to by Argento, Daria Nicolodi, and Luigi Cozzi) complete with the jerkiest, most awkward subtitles you've ever seen in an endless scroll at the bottom of the screen, a 6-minute "The Backstage" reel of making-of footage, a one-minute look at the sound recording (with Simonetti providing one of the voices), the Italian trailer, and unrelated Tromatic extras including a brief Dario Argento movie lesson (ported over from Troma's The Stendhal Syndrome DVD), Tromadance 2015 highlights, a promo for Kabukiman's Cocktail Corner promo, and a pretty extreme, indescribable Kaufman-directed music video you should never put on when there's company around. However, the German disc (which was also issued as a limited mediabook with a soundtrack CD) features the same featurettes (including those same obnixious subtitles) and trailer along with two teasers, one minute of premiere footage (keep an eye out for Ruggero Deodato), and an image gallery.