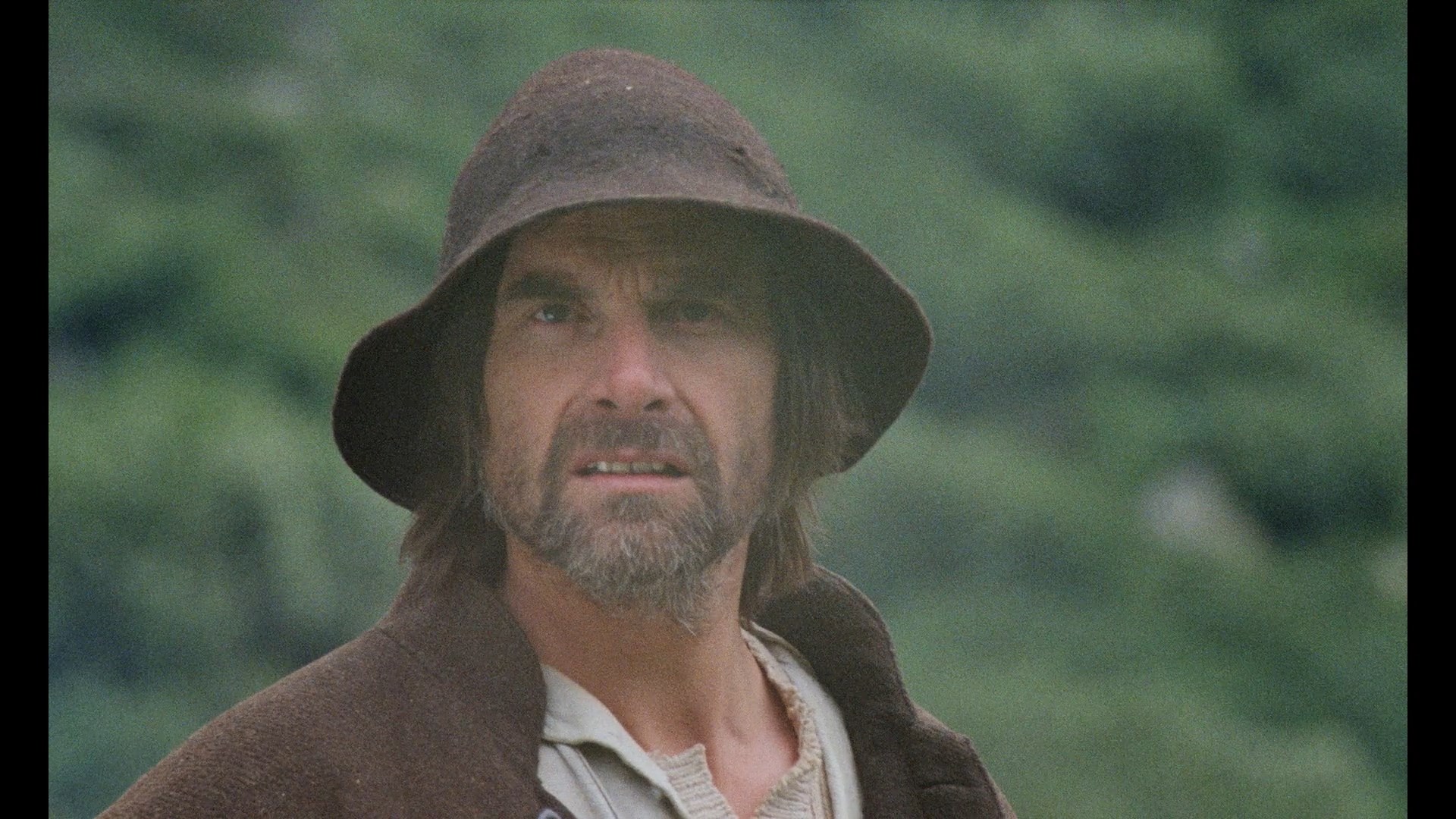 tales haven't become synonymous with cinematic world horror, but at least one of them, the sennentuntschi, has 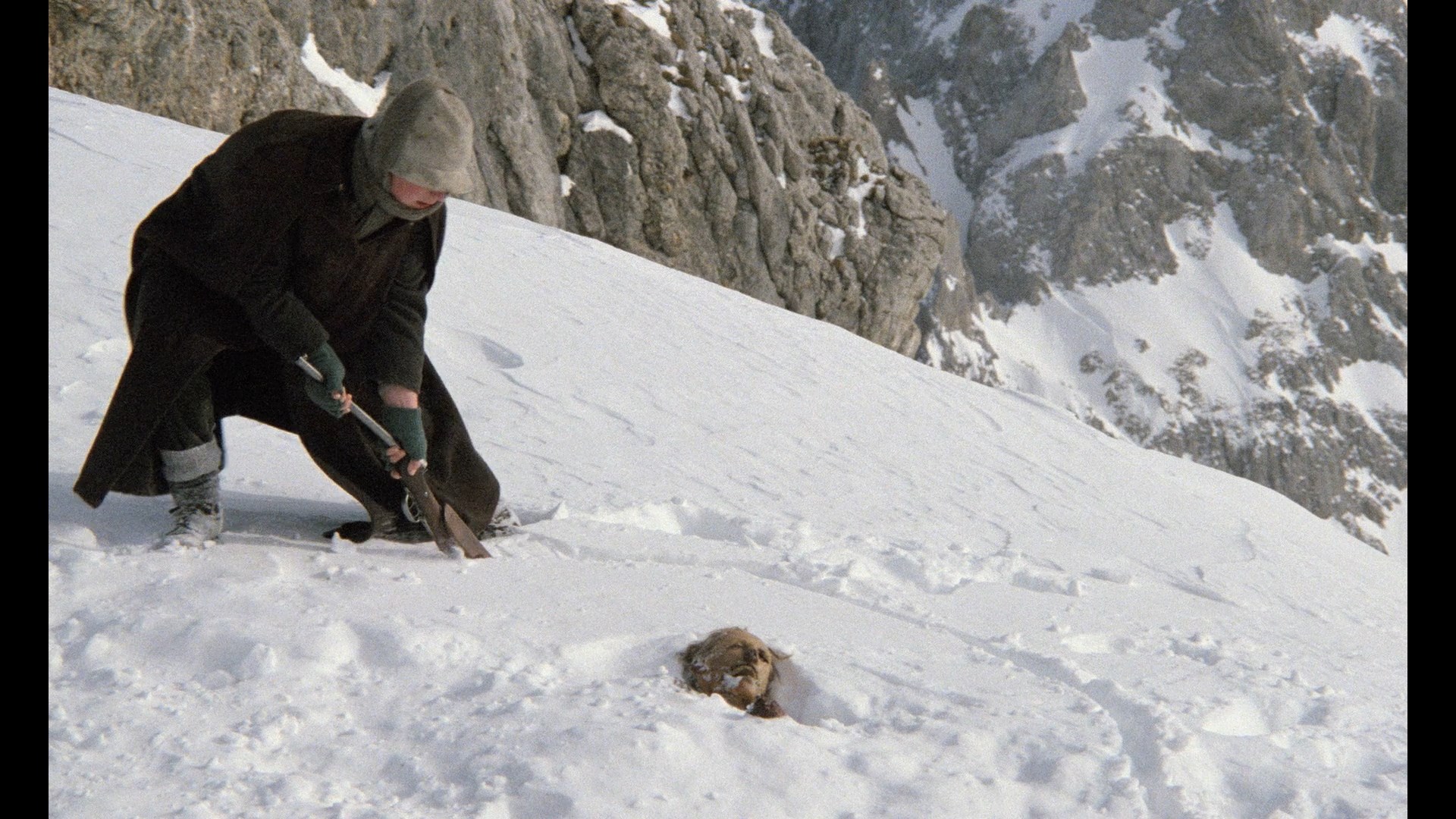 provided fuel for multiple movies. A gruesome and sexually uncomfortable yarn, Sukkubus is a West German production shot in stunning natural locations with only four human actors carrying the story about a supernatural woman conjured to life from straw, tree wood, and a perverse night of drunken debauchery. The idea was later used for the 2010 Swiss horror film Seenentuntuschi, a.k.a. Curse of the Alps, though the treatment here is far more straightforward and earthy.

After a punishing winter that's left casualties embedded within the snow, herdsmen Senn (Simonischek) and Hirt (Früh) are charged with moving cattle up the mountain to fresher pastures, praying disaster doesn't strike along the way. Joining them is young boy Handrbub (Voß), who's all too aware of the threats after witnessing an avalanche in the opening scene. Their plan to spend the summer nurturing the cows turns into frustration and dysfunction as their personalities and libidos begin to flare out of control, which eventually leads to an impromptu summoning of the forces of darkness when a chunk of a tree gets makeshifted into a sex doll. That creation suddenly transforms into a living woman (Italian model and pop culture fixture Prati) who isn't too pleased about the ways he's being treated, and the more the men try to get rid of her, the more ghastly and violent their situation becomes.

Though she doesn't enter the film until the halfway point, this is really Prati's show once she materializes. A freaky-eyed force of 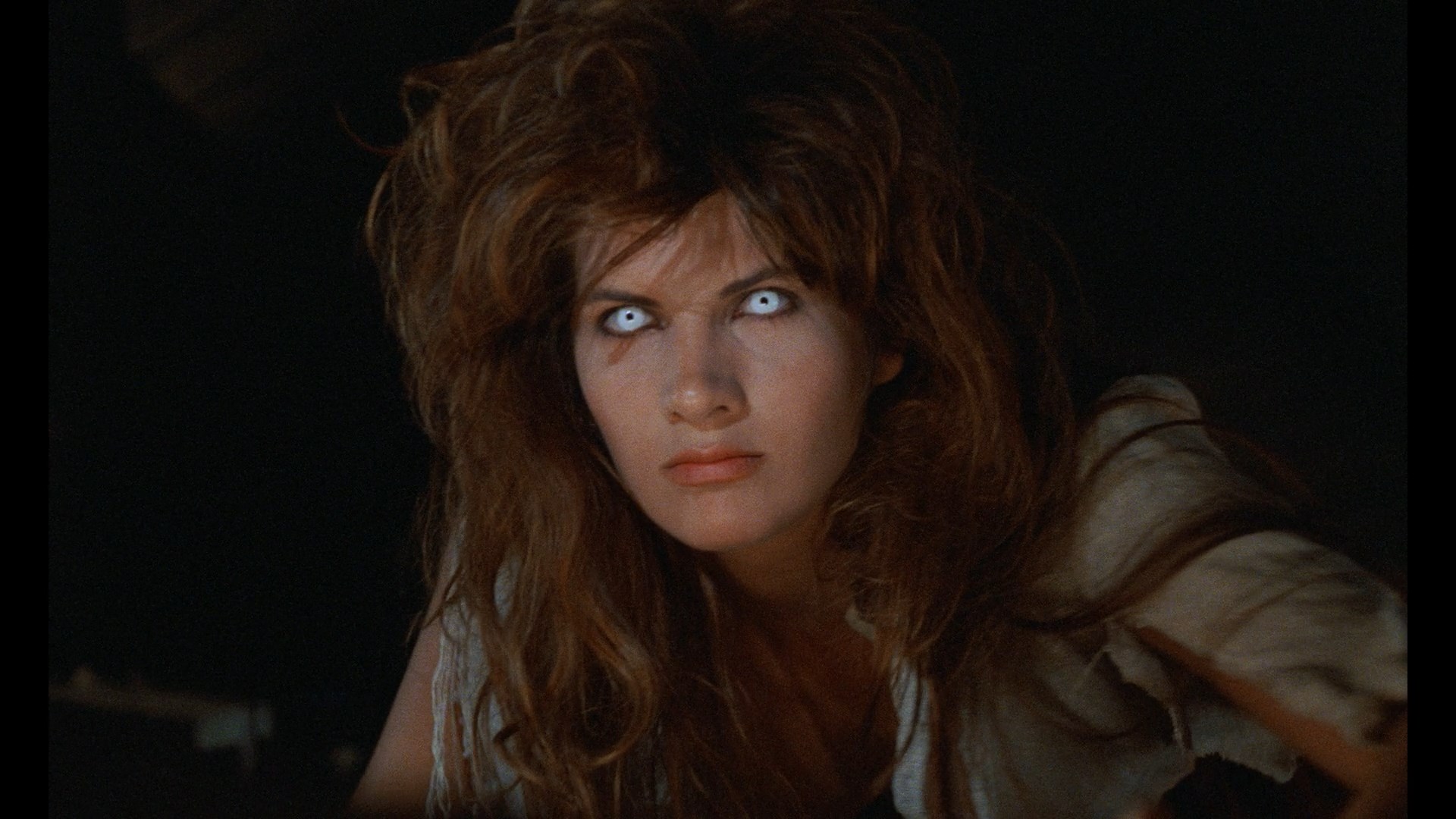 nature, she's really something to 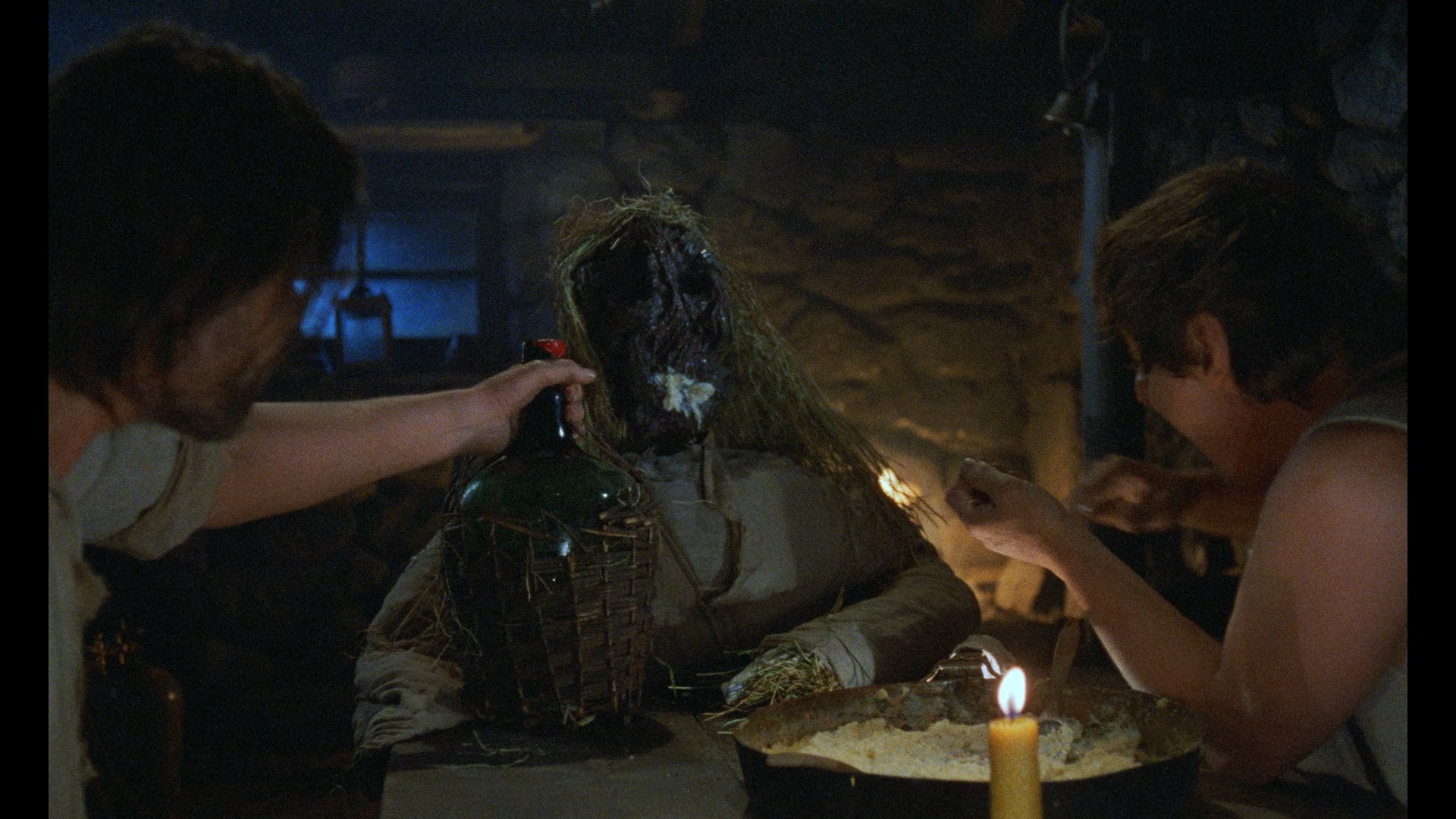 behold with her unearthly and frequently unclothed presence barreling through the rest of the film like a banshee. That said, the other three actors are convincing as well with still-working pro Simonischek leading the pack in a conflicted and fascinating portrayal of a man grappling with his own worst impulses. The horror content is fairly strong when it finally rears its head as well, with some particularly sadistic imagery that feels like something out of a particularly mean-spirited fairy tale. This would be the final theatrical feature for prolific director Georg Tressler, who helped shoot Horst Buchholz to fame with Teenage Wolfpack and churned out tons of West German TV programs over the years. Just as noteworthy is this film's assistant director, Christoph Schlingenseif, who would become one of the country's most outrageous and provocative filmmakers of the era with titles like Terror 2000, The German Chainsaw Massacre, and Freakstars 3000.

A familiar Euro horror title on the gray market circuit for ages, Sukkubus barely made a blip theatrically and has suffered tremendously from fuzzy dupes made from its scarce VHS releases. Thankfully that situation changed in 2021 when a full-scale 4k restoration from the negative was undertaken, resulting in a stunning presentation that looks far more impressive than prior viewers could have anticipated. The outdoor scenery looks incredibly crisp and vivid throughout, while the many textures of rough clothing, hair, and animal fur are very detailed with the natural film grain structure maintained throughout. The DTS-HD MA German 2.0 mono track is obviously 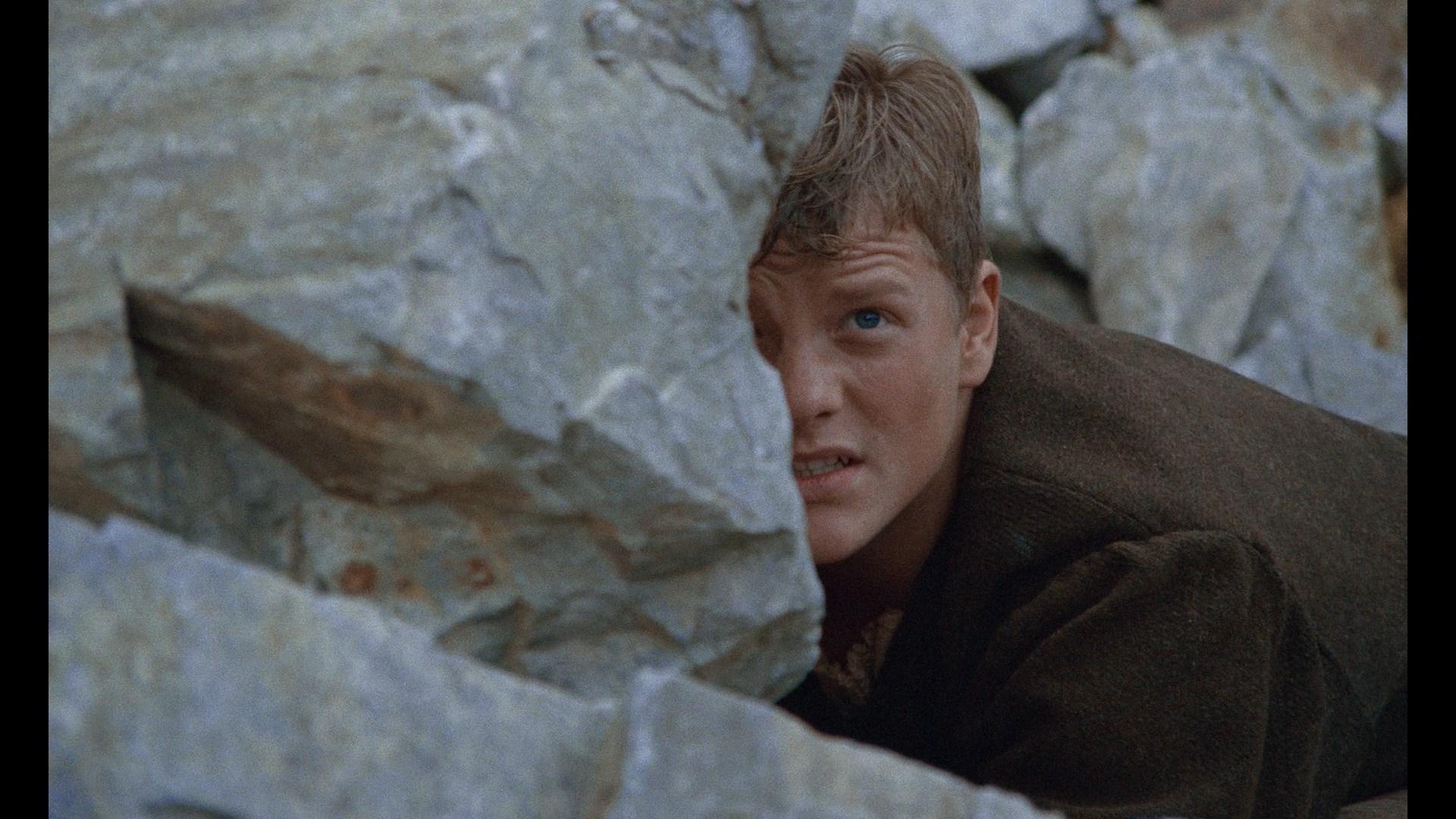 less impressive given the very spare nature of the original mix, which has a subdued music score and fairly minimal dialogue throughout (with optional English subtitles). Mondo Macabro released the restoration on Blu-ray in the U.S. with the biggest extra 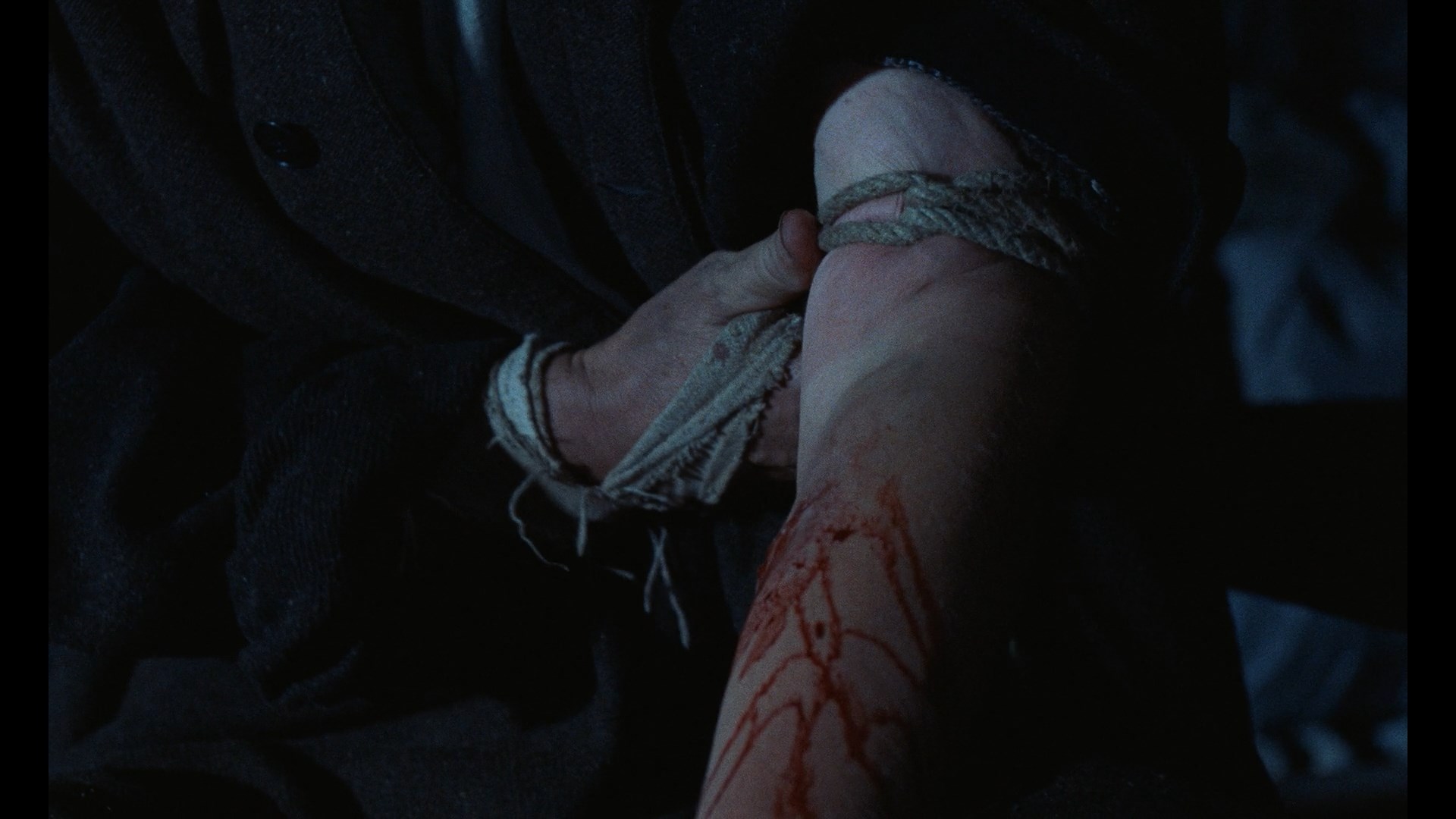 being a new interview with Simonischek (29m31s) who's absolutely hilarious and wildly entertaining here with tons of stories about the shoot including the trick to getting Prati to execute the more physically demanding scenes, the relatively early state of his acting career at the time, the fun but arduous shoot (thanks to freezing weather and less than optimal lodging), and his memories of the very colorful Schlingenseif. Also included are the original trailer (restored in HD) and the usual Mondo Macabro promo reel. If you're Region B-locked or a real fan who wants to pony up a lot more cash, there's also a German, English-friendly release from Subkultur that features the same a/v presentation, looking and sounding pretty identical except for the addition of an archival German optical audio track in addition to the pristine mag track one. Tressler appears for a video interview, "The German Crux" (18m18s), in which he gripes about the difficulty of pulling off comedy in German cinema along with other genre and editorial challenges. You also get the trailer and a 5m20s gallery, but there's also what has to be a world record for the amount of silent raw footage ever presented for a single feature: "Outtakes" (154m10s), "Unused Footage" (259m12s), and "From the Cutting Room Floor" (194m42s). There's some overlap between the three as you get what seems to be every scrap of extra footage shot on the film, which means you get some fun bits (more milk mayhem, naked hill cavorting, etc.) along with lots and lots of drifting clouds and sleepy cows. Keep that fast forward button handy!