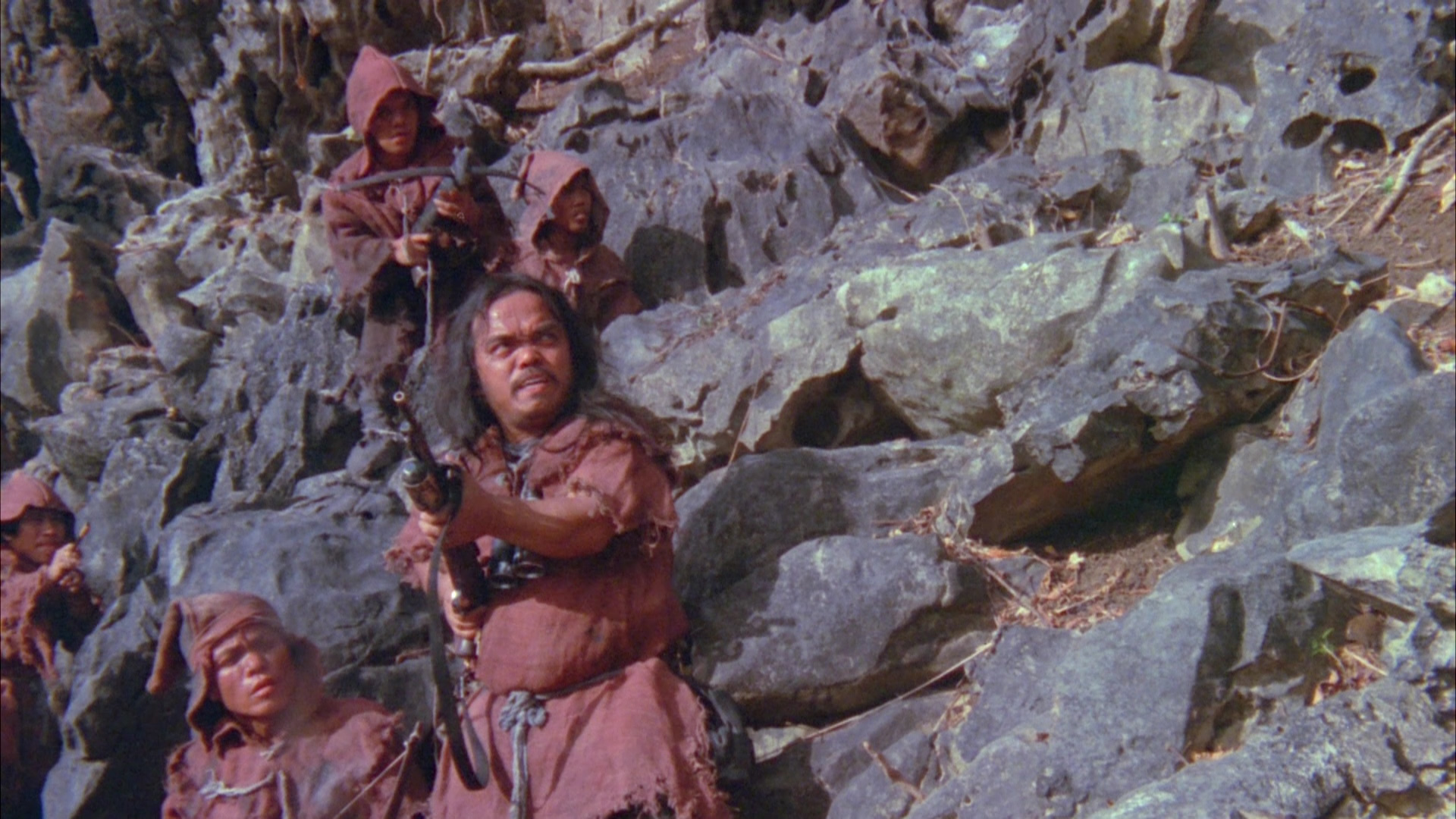 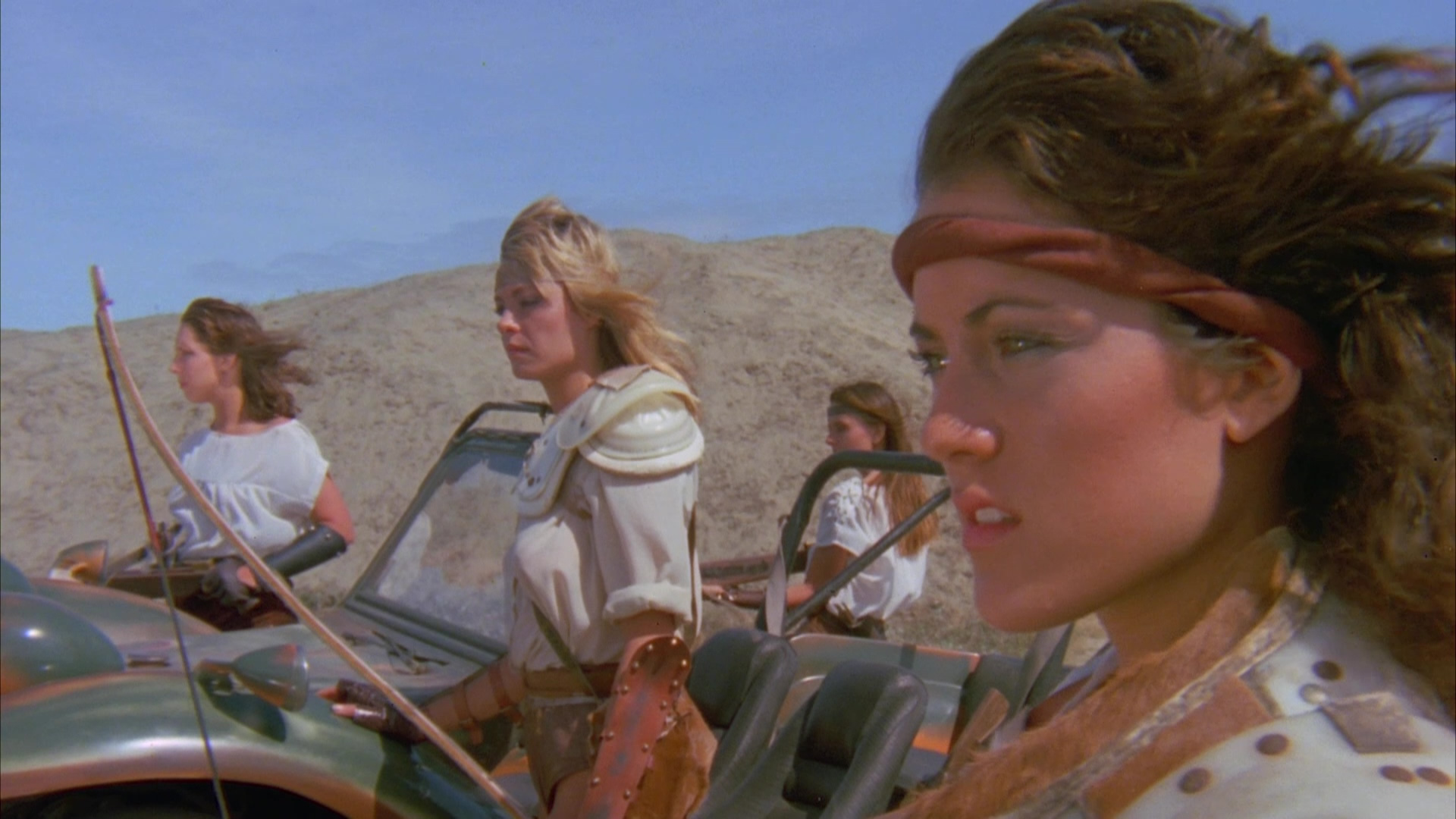 Many filmmakers tried to cash in on the post-Road Warrior post-apocalyptic craze during the first half of the 1980s, but no one rode that wave as long or busily as Filipino director Cirio H. Santiago. A jack of all trades able to exploit any movie fad in sight, he managed to fill the decade with dusty dystopian visions in films like Equalizer 2000, Wheels of Fire, Future Hunters, and The Sisterhood, even keeping the flame going in the ‘90s with Dune Warriors and Raiders of the Sun. On the earlier end of this cycle we have Stryker, a marvelously absurd slice of future shock where the world’s water supply has diminished so drastically that roaming gangs are willing to kidnap and torture to find any source in sight.

Into this setting comes our title character, a hero of few words and many leather accessories played by beefy Steve Sandor, star of such drive-in staples as Bonnie’s Kids, Trained to Kill: USA, and Hell’s Angels ’69. He’s pitted against the villainous Kardis (Lane) and his thugs (who drive an outfitted army of tanks and tricked-out cars) when they set their sights on Delha (Savio), who holds the key to a secret spring that’s more valuable than gold. Aided by buddy Bandit (Christine’s Ostrander, future California congressional candidate), Stryker – who’s nursing a grudge against Kardis for hacking off his wife’s head-- faces off against the colorful goons in a series of sandy skirmishes. Oh, and there are lots of robed midgets who talk in squeaky voices. 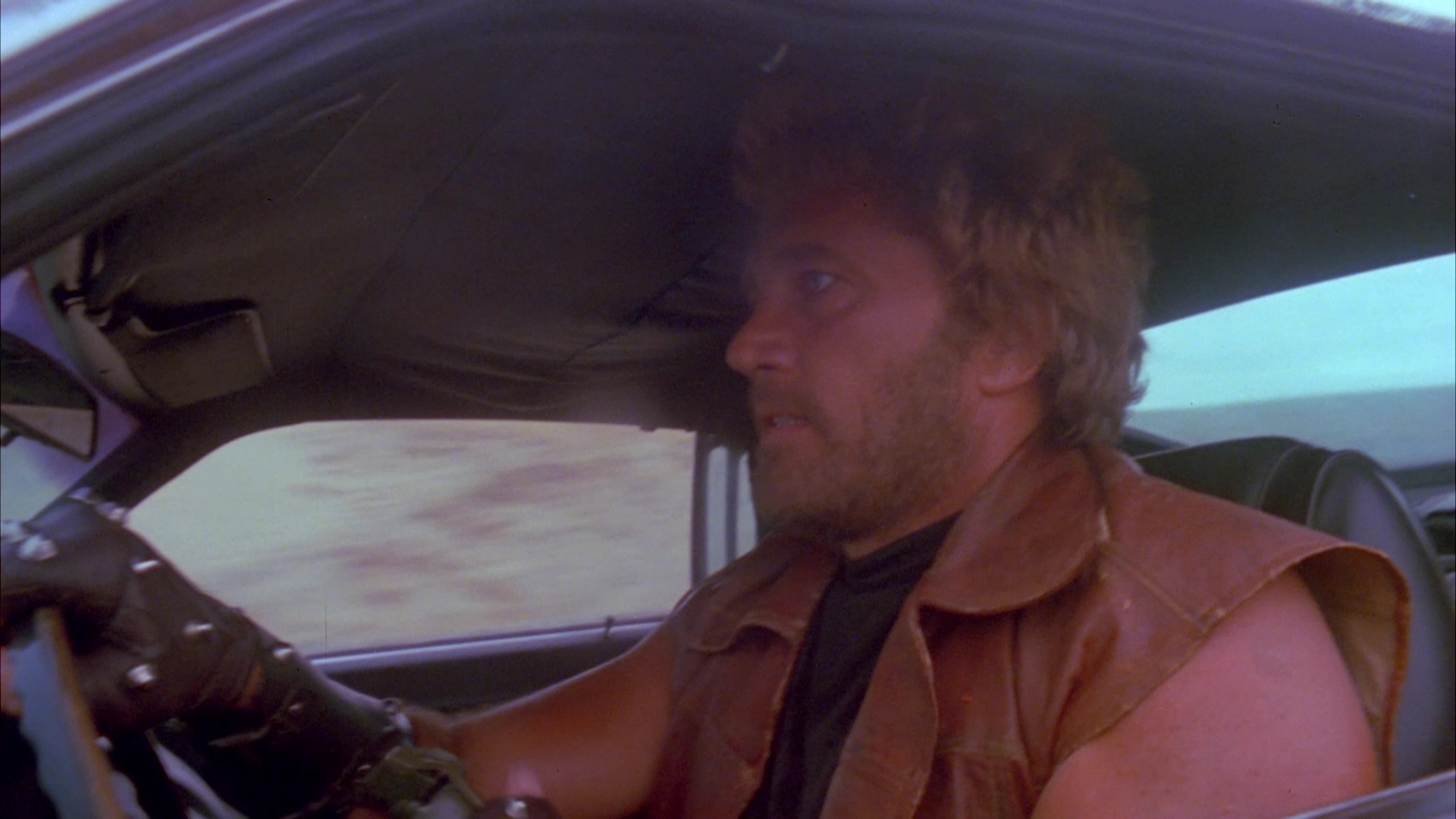 Released by New World Pictures during its transition from a Roger Corman drive-in purveyor to the ‘80s juggernaut we all knew and loved, Stryker was part of an ongoing Corman-Santiago partnership that 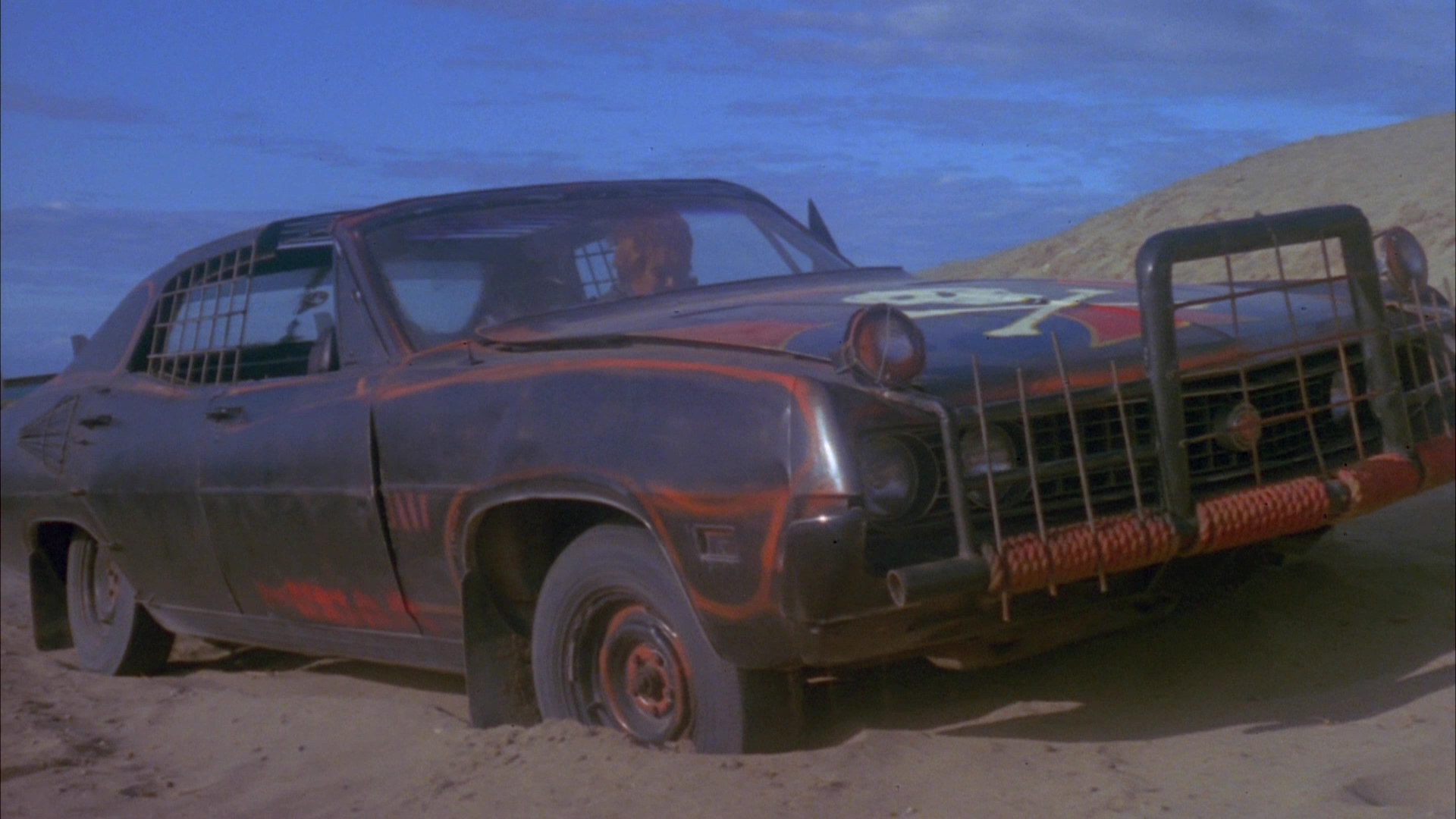 continued on and off until Santiago’s death in 2008—or technically beyond it, if you count the cursed Stryker sequel-remake that ended up being cobbled together by Jim Wynorski, eventually slumping off for a handful of Asian video releases under the title Water Wars in 2014. Wynorski is on hand for a very lively and sometimes scattershot new audio commentary on the first widescreen release of Stryker on home video courtesy of Kino Lorber on Blu-ray and DVD , chatting quite a bit with Damon Packard and Code Red's Bill Olsen about both of the exploitation legends and how their rapport created an age in Filipino filmmaking that will absolutely never be duplicated again. You'll hear a lot of Cirio stories and tales about Filipino filmmaking, with a few filmmaking tips as well including an explanation of why there's dirt baked into some of the shots. The transfer itself looks pretty solid given the ratty nature of the production itself; it’s certainly a major leap over the old VHS version for a title that will never look like demo material but comes off quite respectably here. The DTS-HD MA 2.0 English audio sounds perfectly acceptable as well.