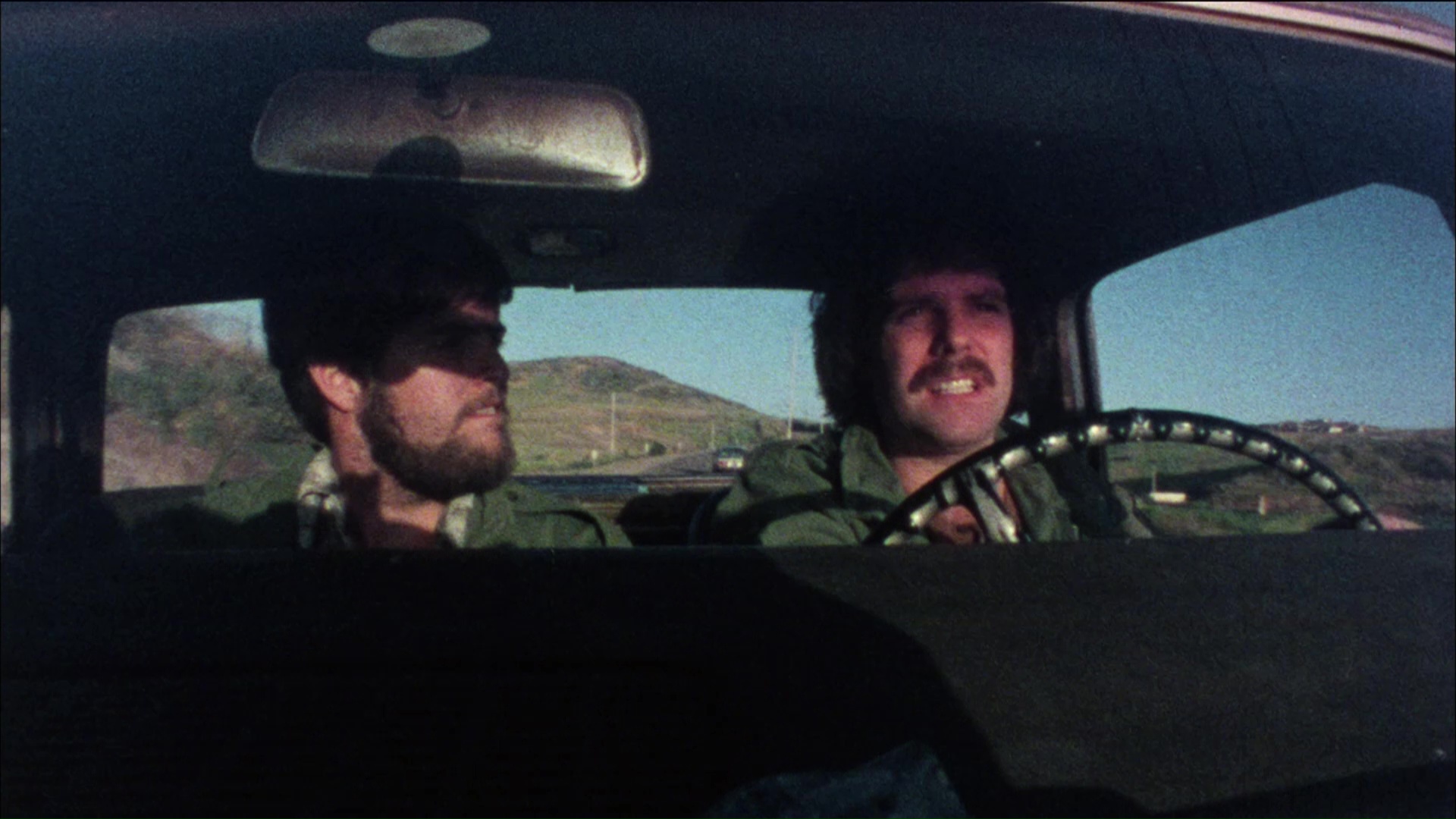 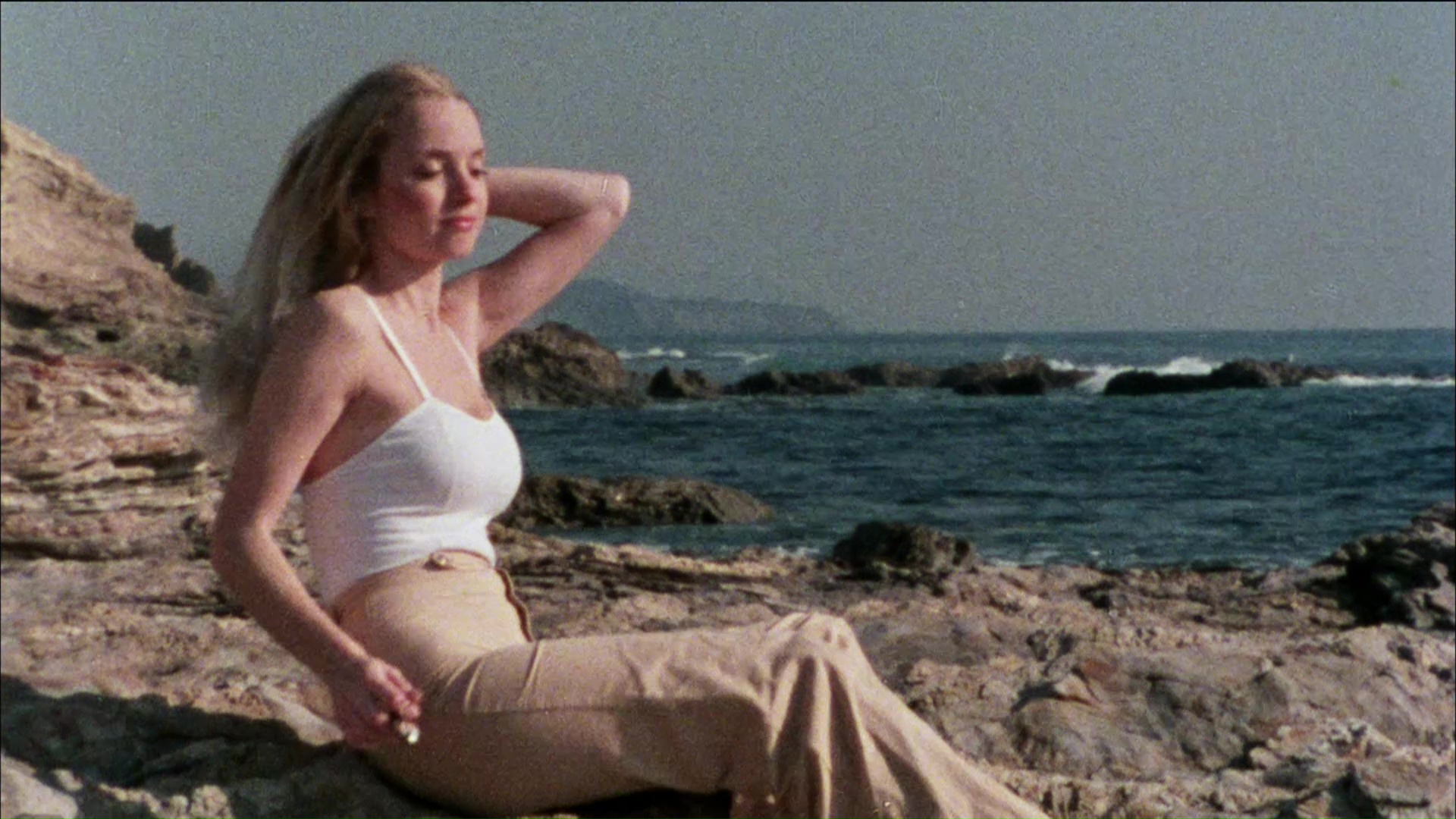 Most people probably aren't aware that there was a small subgenre of mining horror movies in the early 1980s, but sure enough, if you looked around hard enough, you could find plenty of people getting offed by tunnel-dwelling terrors in films like My Bloody Valentine and everyone's favorite monster title, The Boogens. Far more obscure but just as likeable in its own way is The Strangeness, a very low-budget production that shuffled off straight to VHS in the UK and America and barely made a blip on the horror fan radar until a lengthy, mouth-watering appraisal finally appeared in Stephen Thrower's essential study of Americana horrors, Nightmare USA: The Untold Story of the Exploitation Independents. Of course, the fact that the film was only available in extremely low-grade transfers that made pea soup out of its dark, source-lit photography didn't help its reputation, but the official DVD release finally allows curious monster fans to finally see it on its best behavior.

The story takes place around and almost entirely in the Gold Spike mine, a desolate location haunted by stories of mishaps and disappearances which eventually led to it being shut down for good. Now targeted as a possible location for re-opening, its latest visitors consist of an exploration group headed by engineer Myron (Theison) and a batch of geological consultants, writers, and curious companions who hope they might strike a little gold along the way. As they delve deeper into the mine accompanied 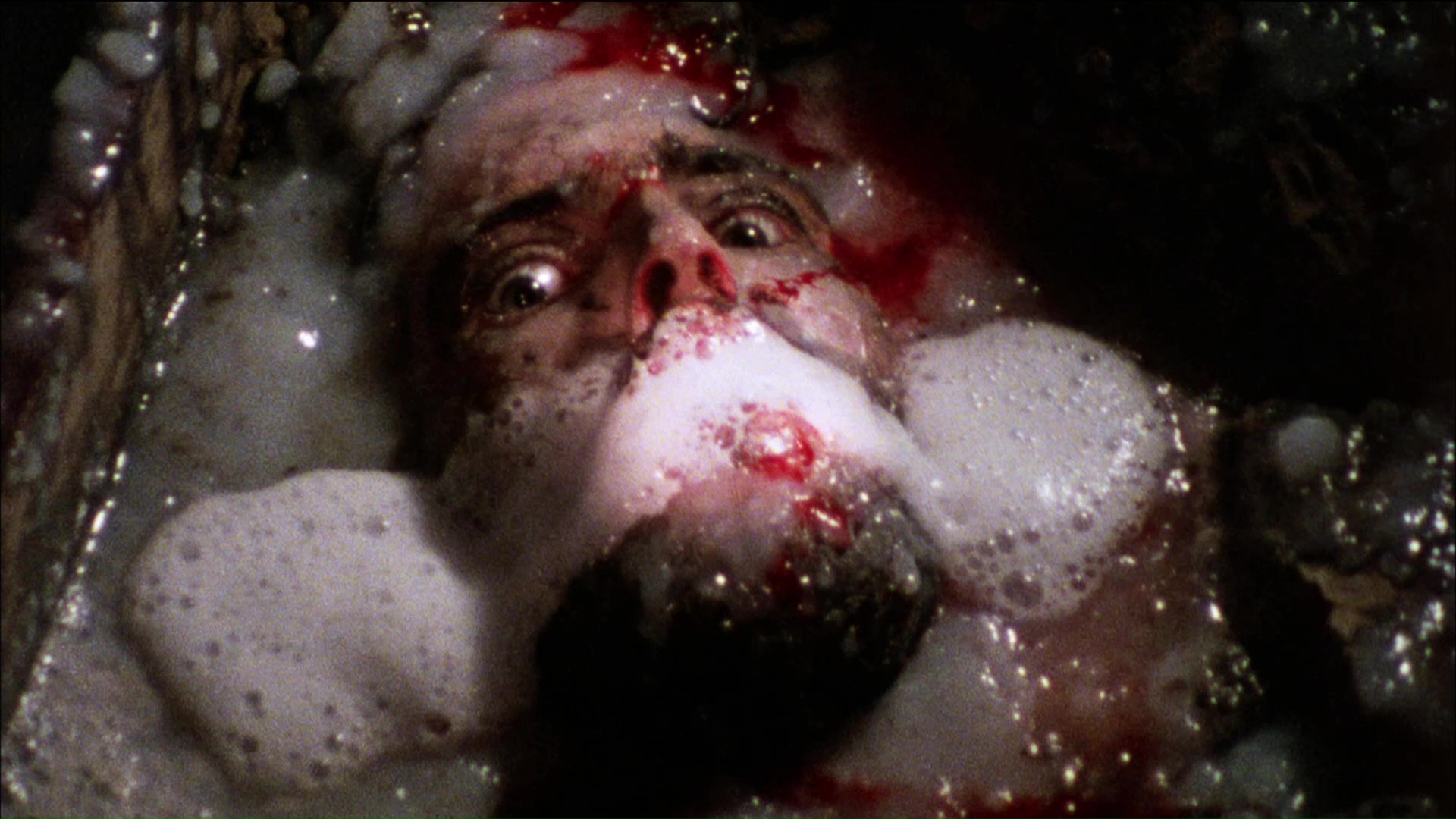 only by a few handy light sources, they begin to realize that the more grotesque rumors about the place are not only possible, but likely to still be around and able to pick them off one by one.

Shot in moody low lighting on an estimated budget of around $20,000, The Strangeness is remarkable simply as a group effort that managed to reach competition and turn out as an entertaining, above-average monster flick able to win over a few fans. 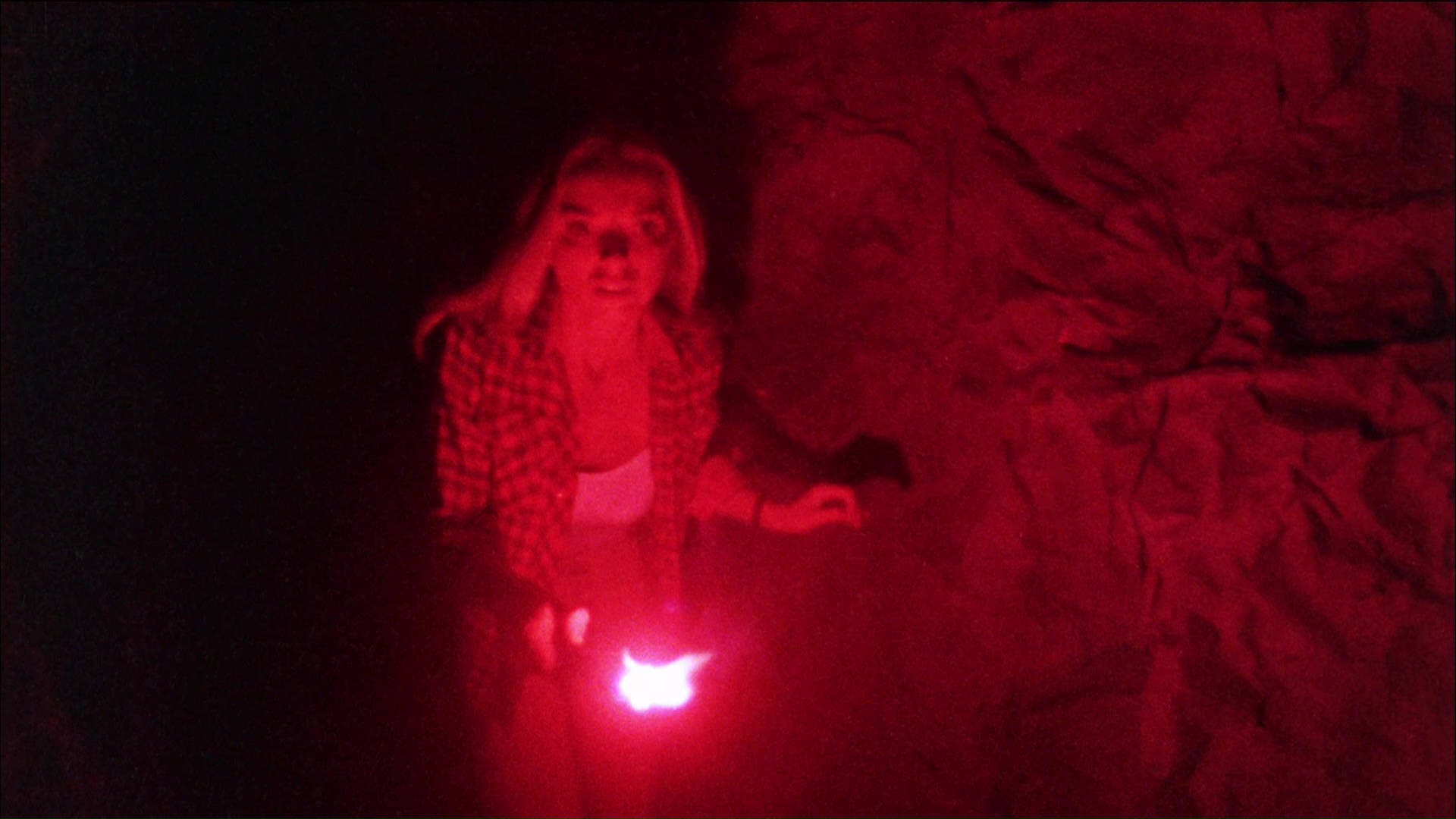 A far cry from the slick, glossy and often soulless horrors going direct to video now, it's definitely filled with blood, sweat, and lots of affection, particularly when the much-awaited monster finally rears its head in the final reel and turns out to be much wilder than expected thanks to some imaginative lighting and stop-motion animation. The film was shot for many months on available weekends, with FX artists Chris Huntley and Mark Sawicki (who also appear in the film) using limited means to turn out admirably effective results.

Notoriously difficult to see in past video editions (literally, as in you couldn't see what was going on), The Strangeness turned out to be a revelation on DVD in 2009 for anyone who tried to slog through any previous versions. The film was transferred from the original 16mm negative, and detail and color accuracy are improved tremendously. The filmmakers hoped for a 35mm blowup to show theatrically when the film was originally in the can, but a string of dubious distribution details ensured that would never come to pass; as a result, this marks the first time anyone -- including the creators -- could see it matted to 1.85:1, and the results are pleasing indeed. 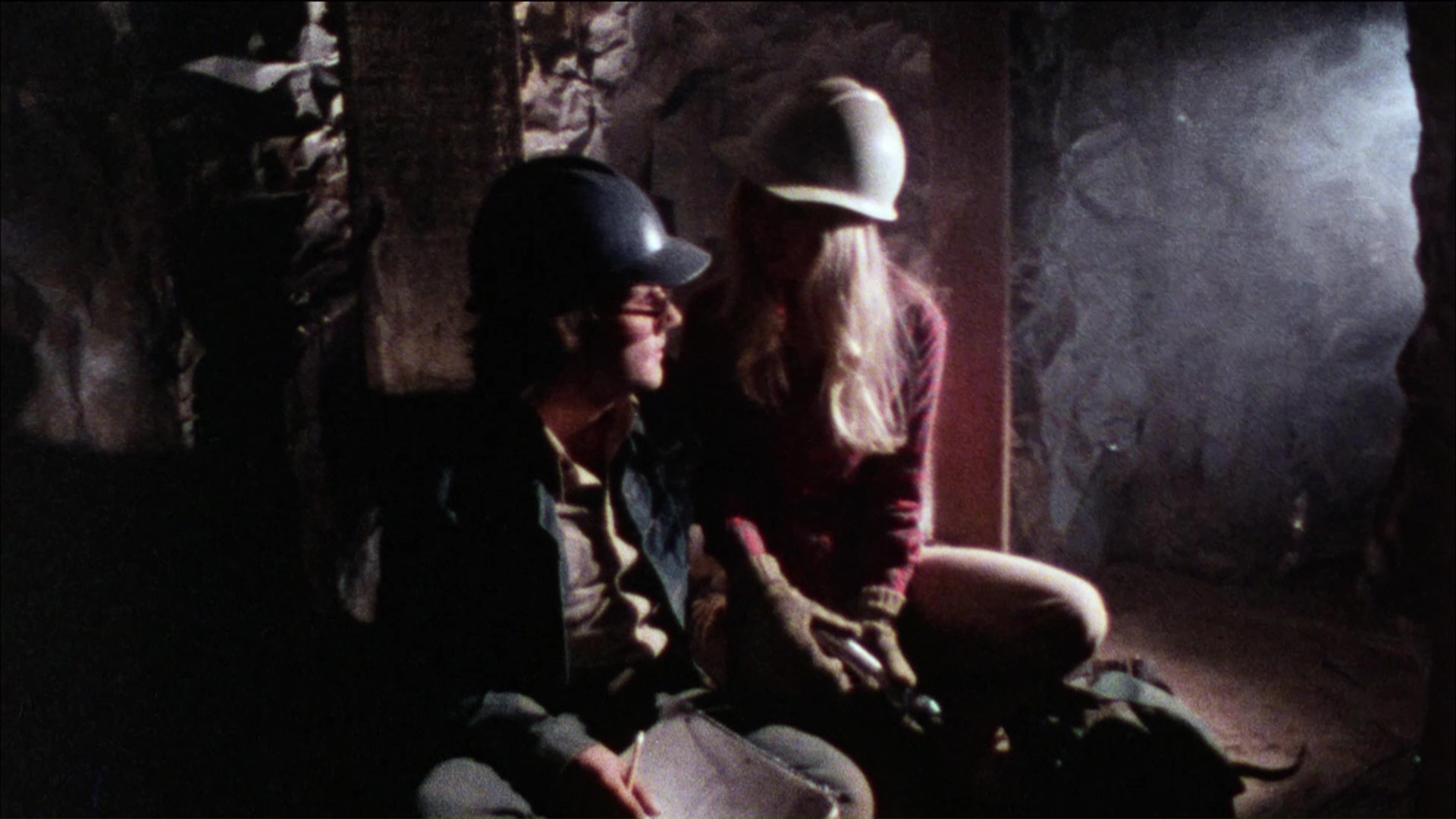 Bear in mind that this is still a scrappy production (think The Deadly Spawn) with a little unavoidable wear and tear in a few spots, but there's little room for complaint here. The audio also sounds much better and is, according to the commentary, much closer to the original intentions before Transworld mucked around with the music mix and muddied much of the dialogue and sound effects. The commentary (which features Huntley, Sawicki and director Phillips) is 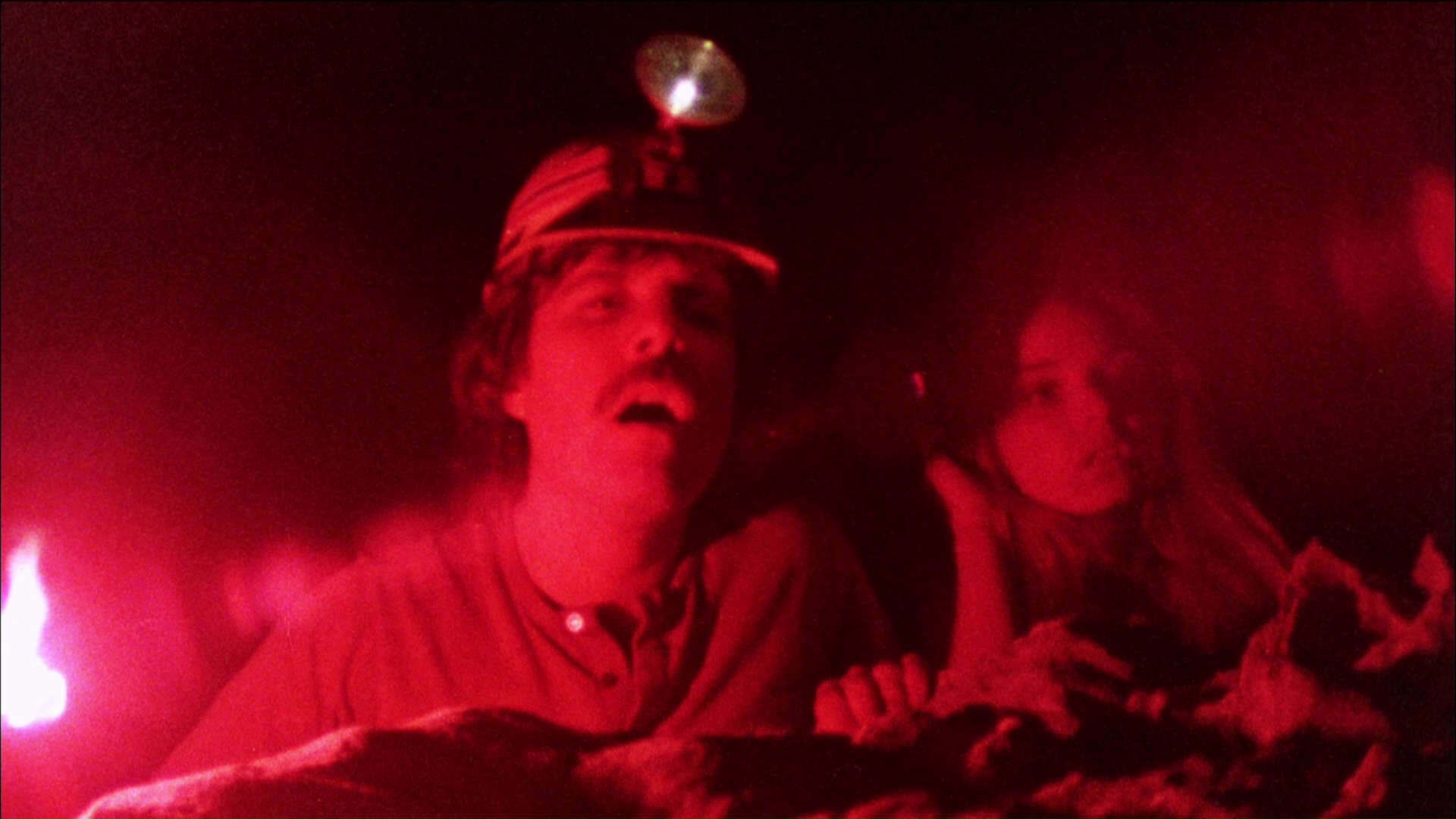 extremely entertaining (apart from the lack of decent recording for moderator Jeff McKay, who seems to be prompting from down inside the mine itself) and comes packed with fun anecdotes, including the resourceful and very cheap means used to secure locations and create the illusion of a mine in various handy California structures. You also get three video interviews with the same participants, who talk more about how they came to the film and the lessons they learned from it, as well as how they originally knew each other from their USC days. Speaking of which, six early USC shorts by Sawicki and Huntley are included: "Origins" (a neat stop-motion look at Darwinism in action), the more modest animated "Eat at Joe's," the mild pseudo-horror "It Stalked the Night," the thrillers "Grave Sight" and "Daddy's Gone A'Hunting," and the apocalyptic animated short, "The End." Other extras include a hefty photo gallery of stills and ad art, a surprise video appearance by the monster and trailers for additional Code Red titles like Brute Force, The Statue, Trapped, and The Visitor.

Seven years later in 2016, Code Red revisited the title as a limited 1,000-unit release via its online store, retaining the commentary, three interviews, and short films. Added here in lieu of the gallery and bonus trailers is a new "Bucket List Theater" mode with hostess Katarina Leigh Waters camping it up in a skin-tight mining outfit with a stuffed porcine pal while offering a few facts about the film. It's shorter than usual for her hosting gigs, but the sight of her digging away with a pet pig is definitely something you won't see anywhere else. The image and sound quality (DTS-HD MA English mono) are about as good as you could expect from the source; detail tightens up and the grain is more finely represented, though it'll always look like a cheap 16mm film. The main beneficiary here is the large number of scenes in the second half lit with bright red flares; strong reds are notoriously smudgy and poorly resolved in NTSC, but here things are more clearly delineated and easier to make out. Dig this one up while you can.