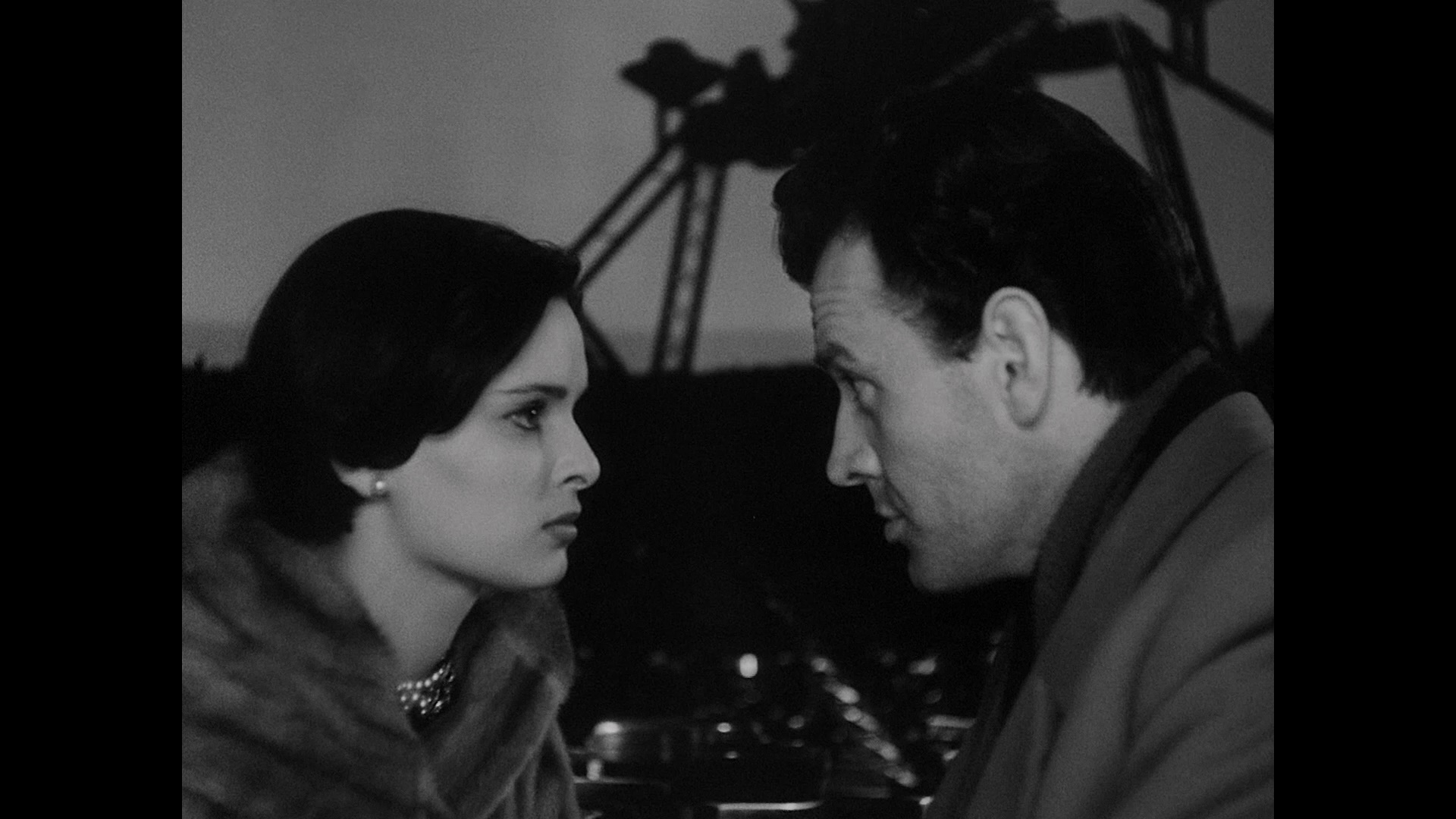 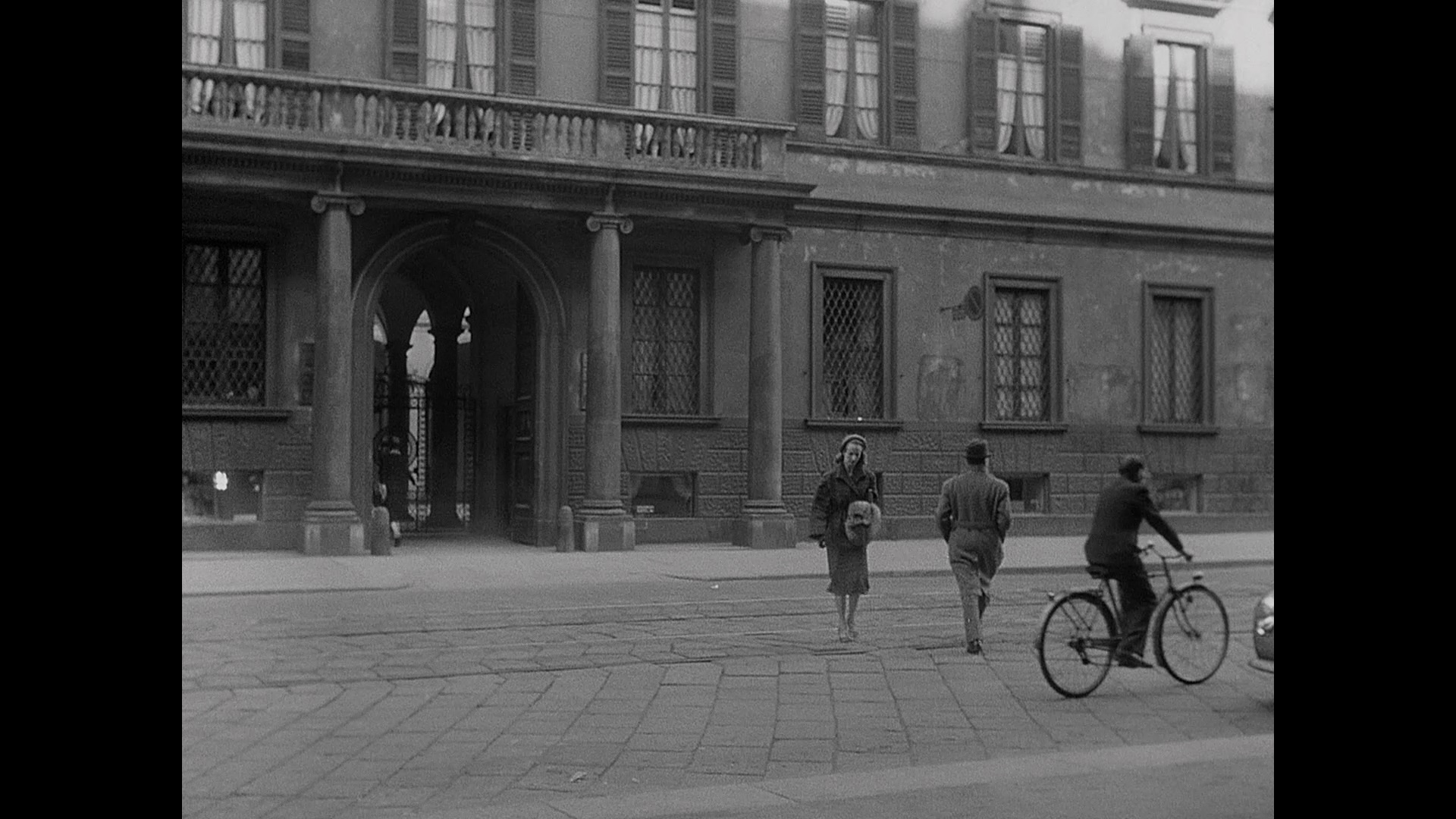 The story is a fairly typical doomed love affair yarn, revolving around the young, beautiful, and affluent Paola (Satyricon's Bosé), whose older husband, businessman Enrico (Sarmi), decides after a year of marriage that she might be unfaithful after uncovering a clutch of old photographs of her past boyfriends. The suspicious spouse enlists the services of Carloni (Rossi), a private detective whose snooping inadvertently brings Paola back into contact with her former fiancé, Guido (Baron Blood's Girotti). Soon the former lovers have ignited a passionate affair, leading to a murder plot and the inevitable tragic consequences.

Though boasting a more traditional and eventful narrative than most of Antonioni's future output, Story of a Love Affair betrays its director's involvement primarily in the quiet, emotionally charged scenes between Paola and Guido; in particular, a pensive moment along a reservoir bank exhibits the same tendency of juxtaposing conflicted characters against stark, linear landscapes later explored in his Monica Vitti film cycle. With two romantic leads in their prime, the film firmly anchors the central emotional relationship with a potentially tricky set of moral conflicts-- 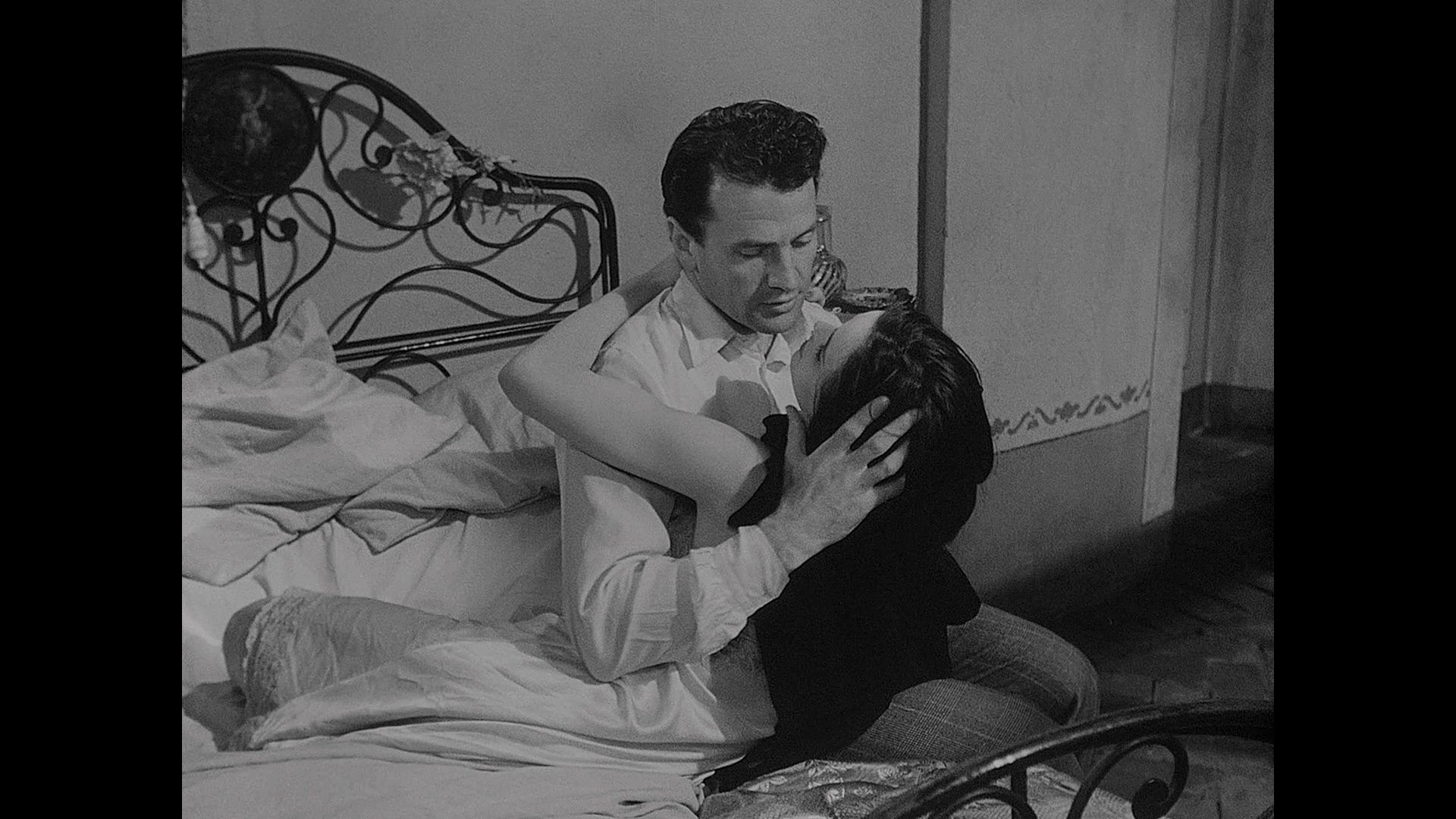 especially coming from a predominantly Catholic country where censors kept a close watch on anything involved adulterous murder plots.

Considering the original negative was destroyed in a fire, NoShame has done a very admirable job of restoring this long-neglected film to a semblance of its original luster on DVD in 2005. As cinematographer Giuseppe Rotunno notes in his extensive essay about the film's restoration, a great deal of work 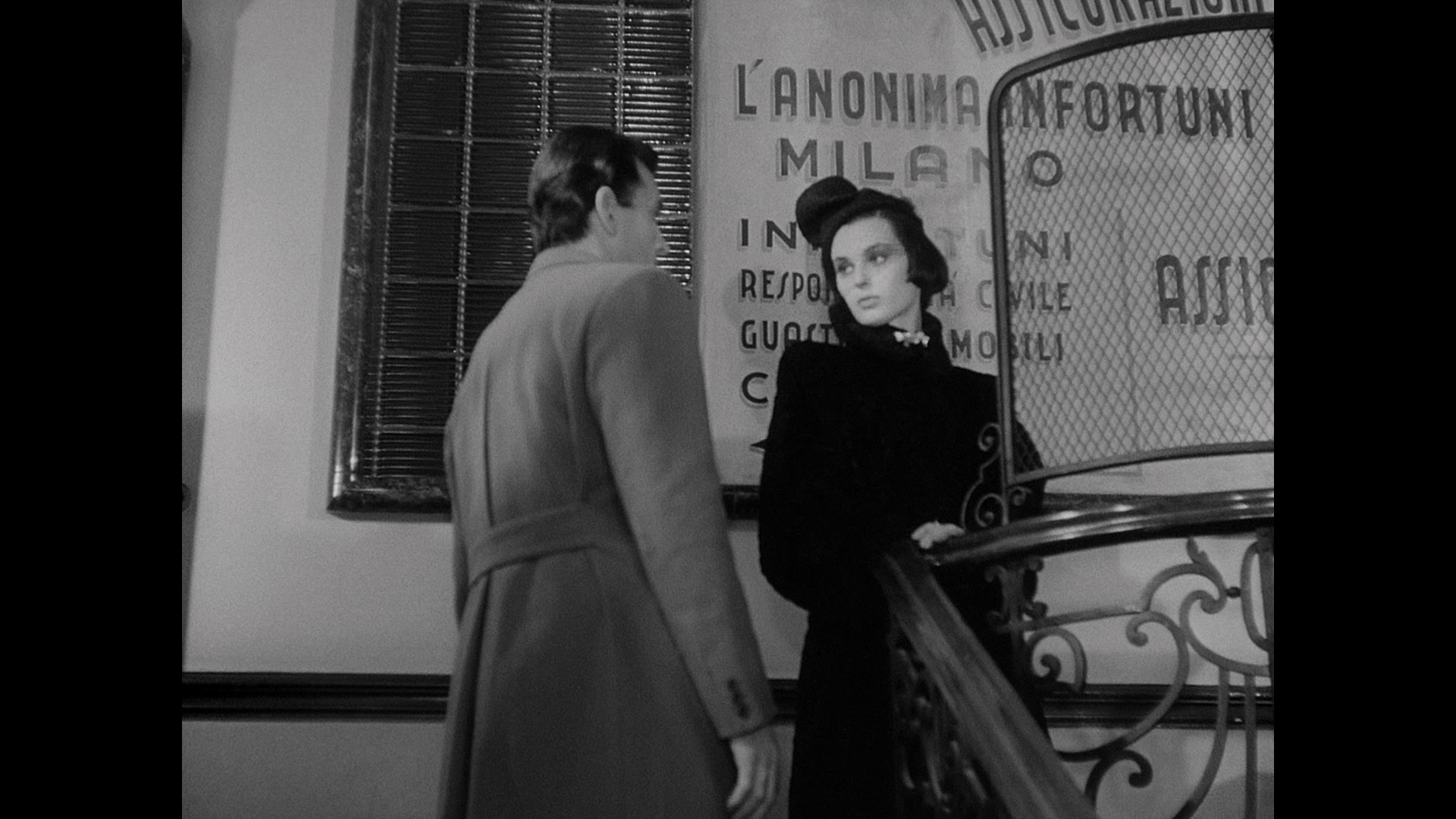 was necessary to restore the surviving elements to watchable condition; the results certainly speak for themselves. The delicate monochromatic photography looks very good indeed, and the once considerable flaws have been successfully eliminated. The two-disc set contains a solid batch of extras bound to please Antonioni fans as well as casual viewers. Rotunno expands on the restoration procedure even further in "Restoring a Masterpiece" (8m28s) while "Story of a Peculiar Night" (29m) features video footage of a restoration screening in Rome with remarks from Antonioni, Bosé, and other film principals. Assistant director Francesco Maselli and four critics expound on the film's creation and critical importance in the feature-length "Identification of a Masterpiece" (112m46s) which makes a good case for Antonioni's maiden effort as a vital Italian film but gets a bit long-winded at times. Maselli returns for the 5-minute "Fragments of a Love Affair" (5m35s), a quick visual survey of the locations used in the film. Other extras include a sizable gallery of posters, stills and production photos, as well as a thick booklet including a nice Antonioni bio and filmography by Matthew Weisman and two text interviews with Antonioni around the 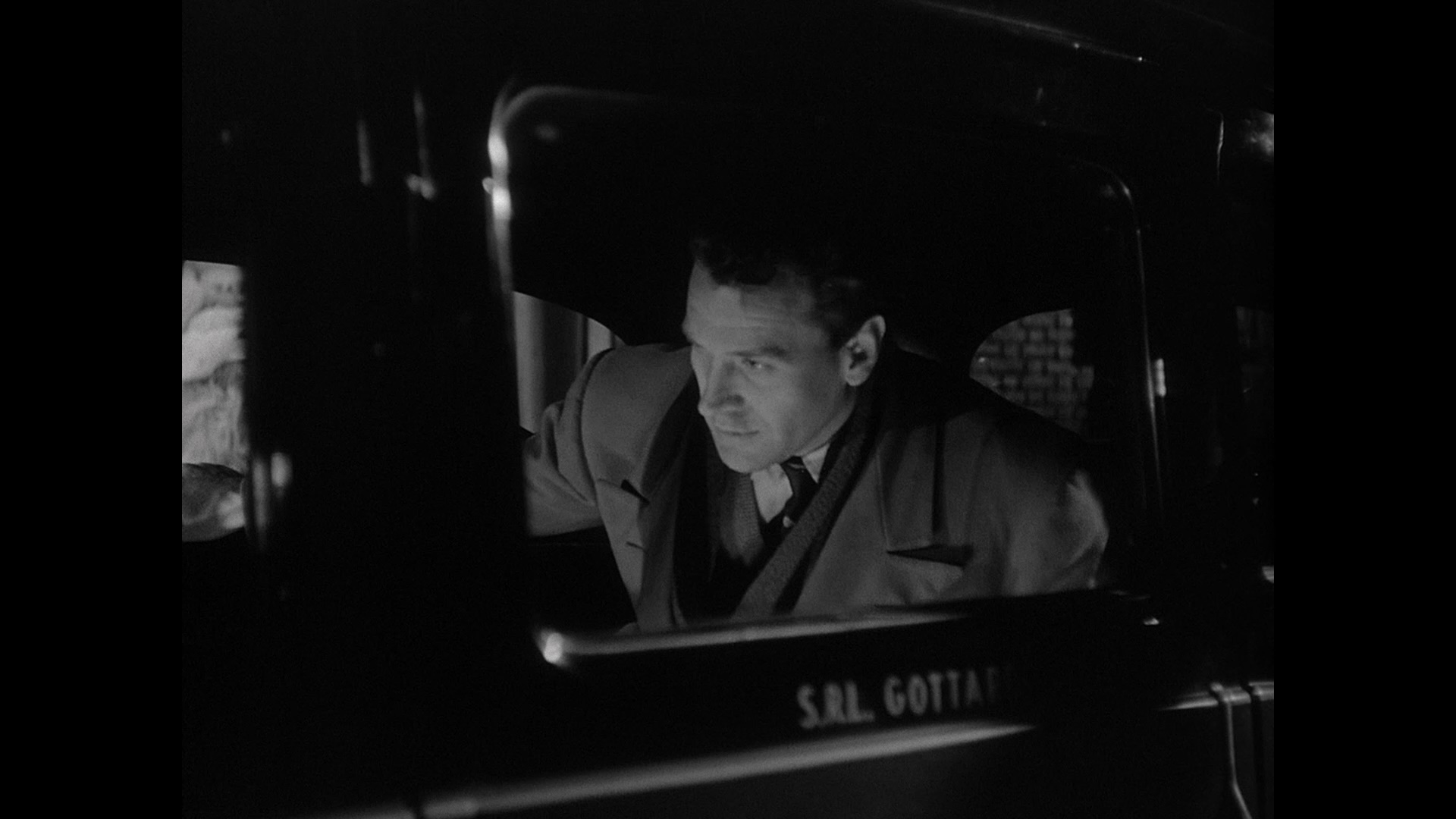 time of the film's release.

In 2020, U.K. label Cult Films bowed the film on Blu-ray for the first time in the world featuring a new scan that improves in many notable areas, with a significant bump in detail and more clarity in dark areas that could look clogged up in SD. Also gone is the flickering due to residual damage visible in 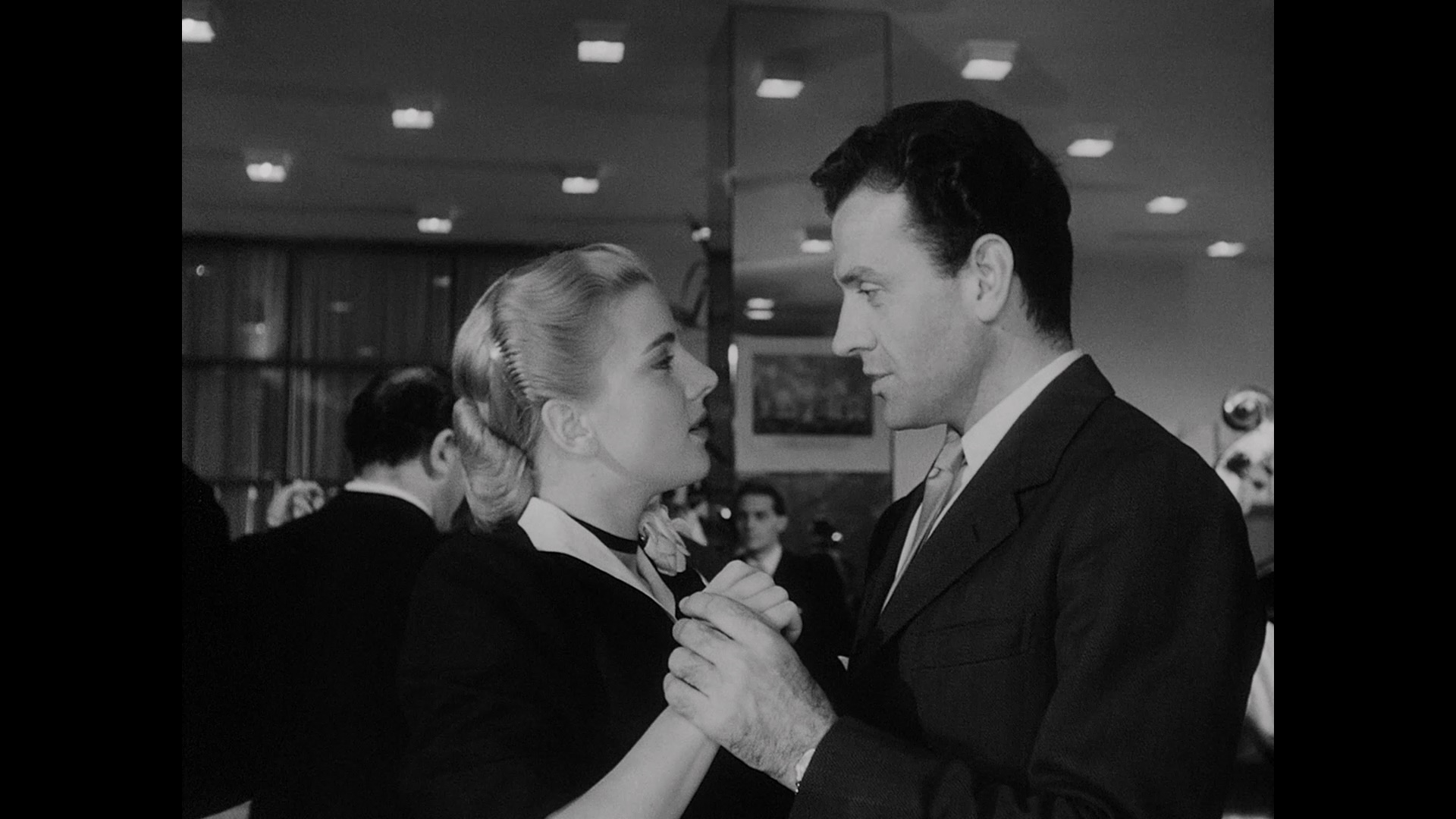 some scenes; it looks consistent, clean, and impressive throughout. Significantly, it also runs at the correct film speed instead of the uncorrected PAL running time of the earlier release (which was also interlaced), clocking well over four minutes longer. The framing tightens up a bit (most visibly on the left side) but doesn't seem to affect the compositions much one way or another. The LPCM Italian mono track is also in solid shape considering the fairly limited nature of the original source, and optional English subtitles are provided. Ported over from the DVD are all four of the video extras: "Restoring a Masterpiece," "Story of a Peculiar Night" (in a modified 18m36s cut), a revised edit of "Identification of a Masterpiece" (31m30s), and "Fragments of a Love Affair." New here as a standalone excerpt from the "Identification" doc is "First Film and Masterpiece" (22m23s) with Italian critic and Fellini pal Tullio Kezich (22m23s), which features a bizarre double exposure effect (intentional according to an opening disclaimer). It covers a fairly expansive history behind the film including the rise and influence of neorealism, the professional status (or lack thereof) of the leading actors, the nature of dubbing in Italian films at the time, and the unusual tactics used to raise money at the time including a crazy story about Marco Ferreri. 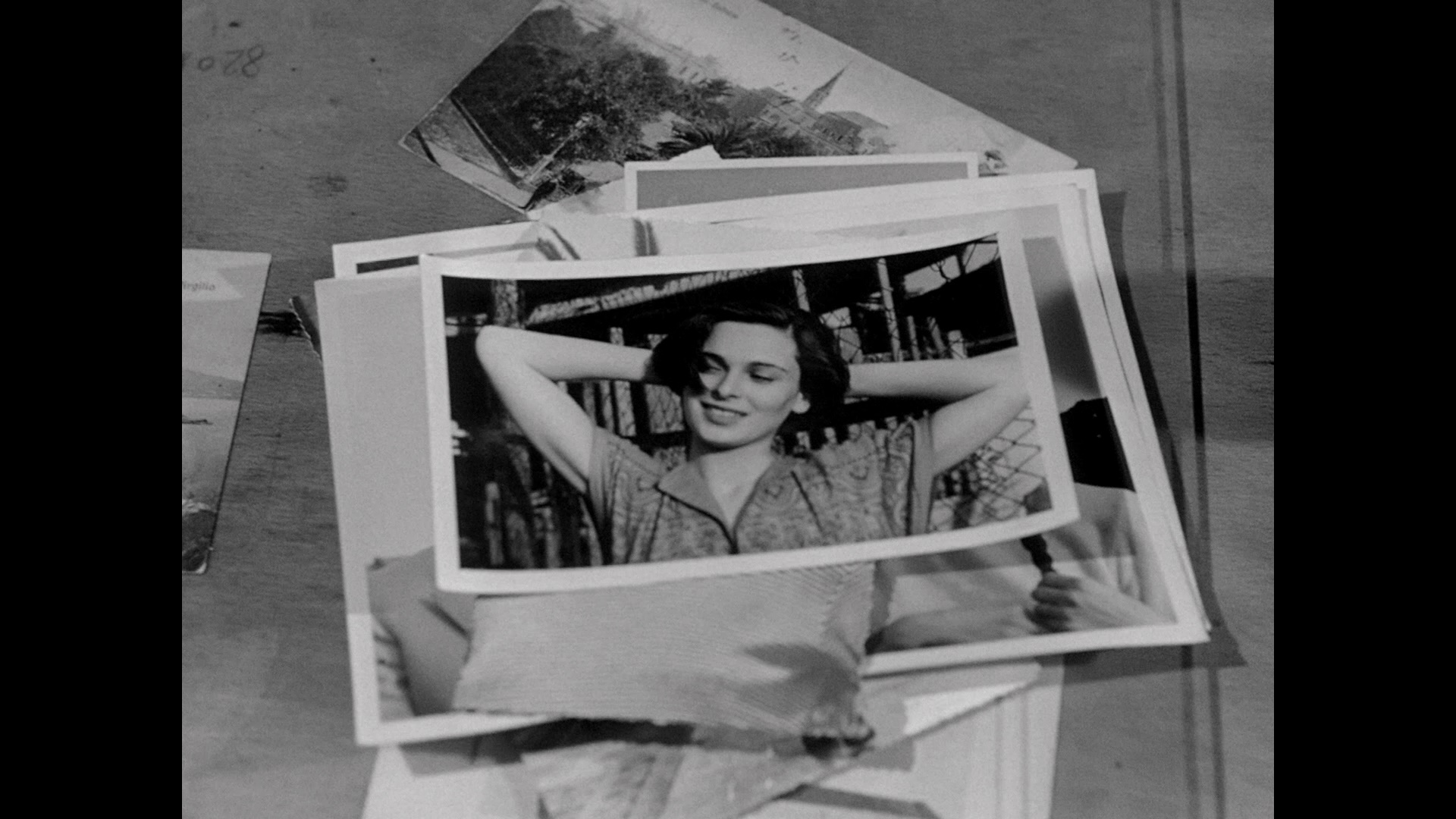 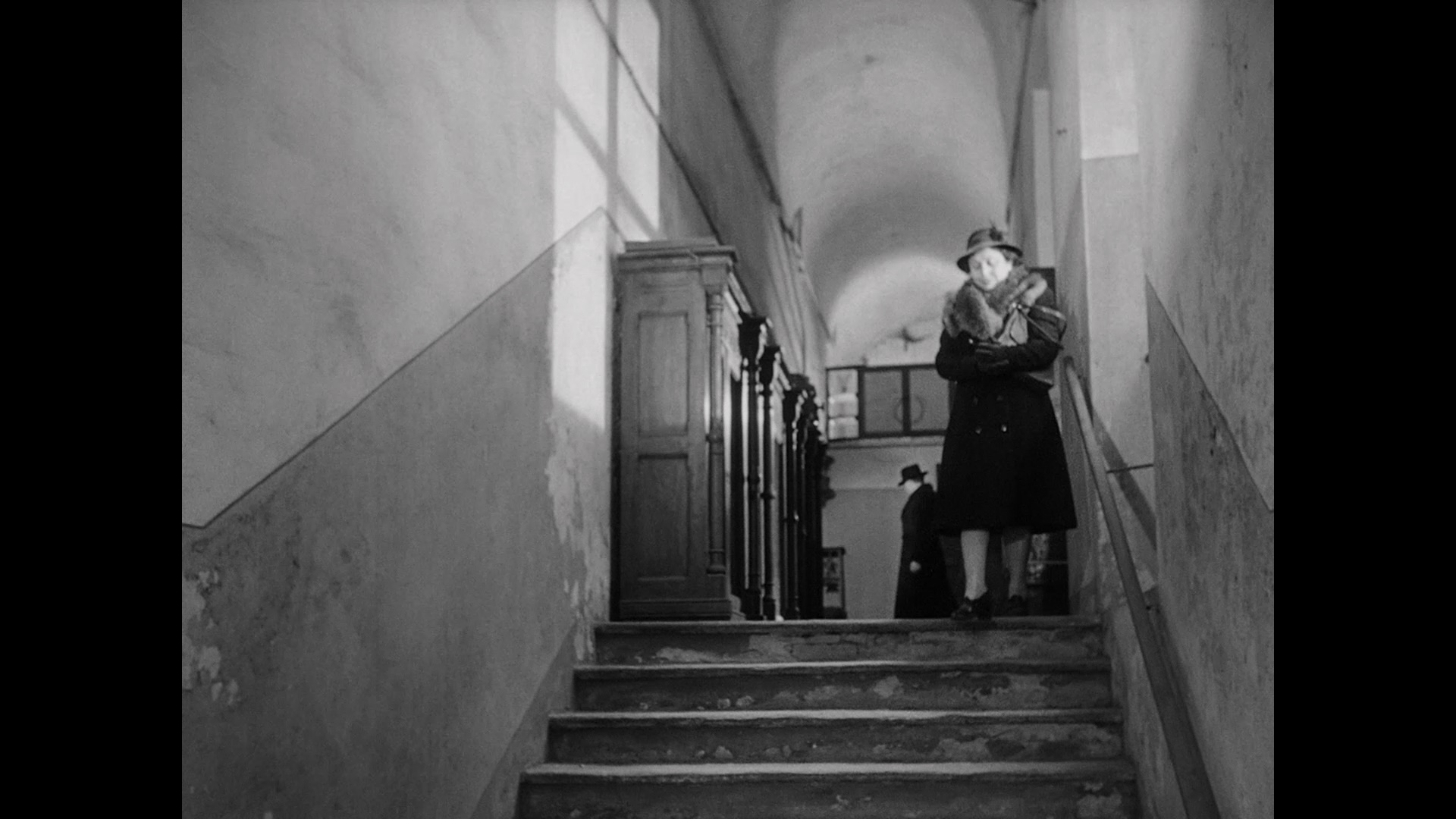 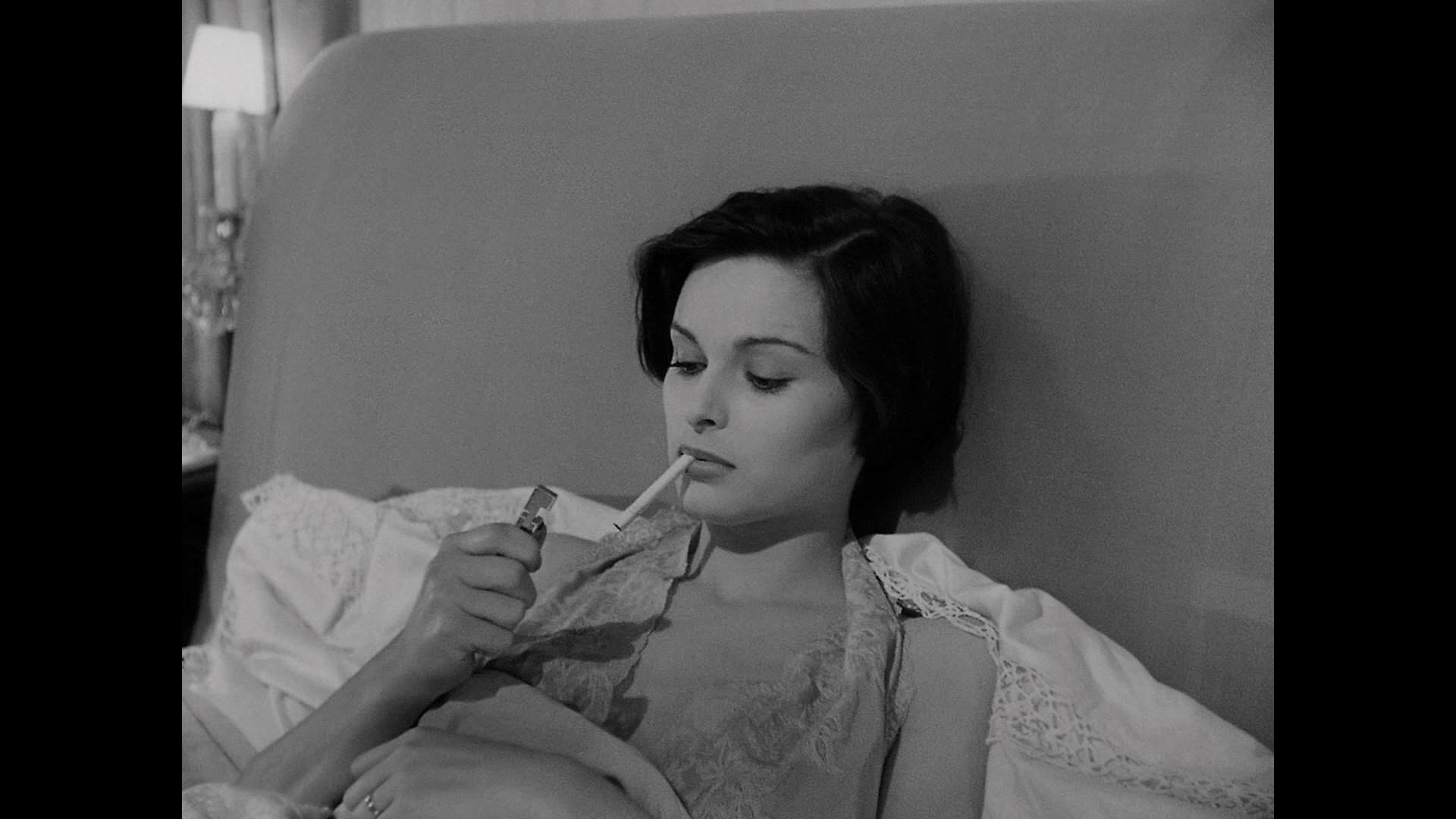 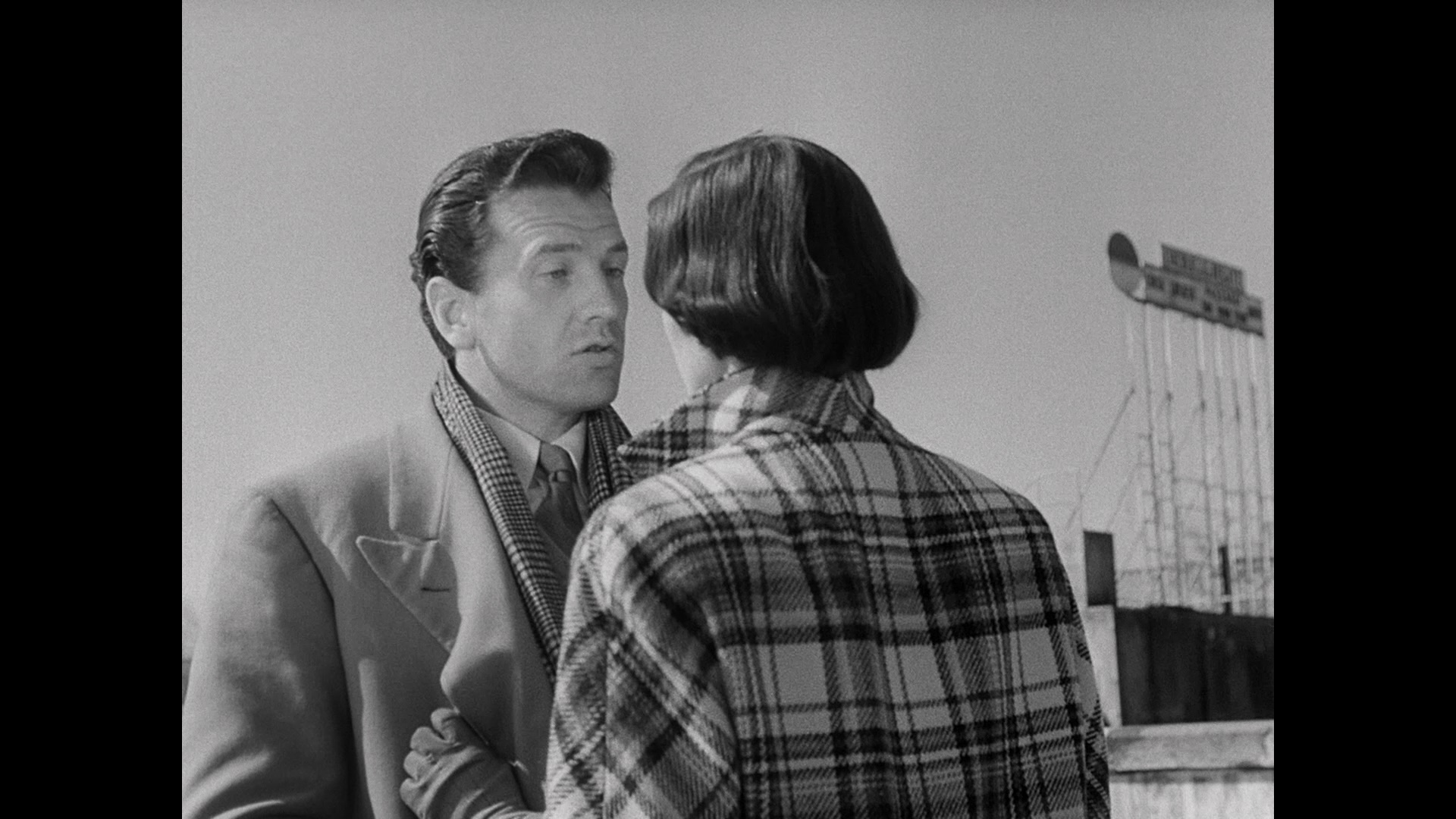 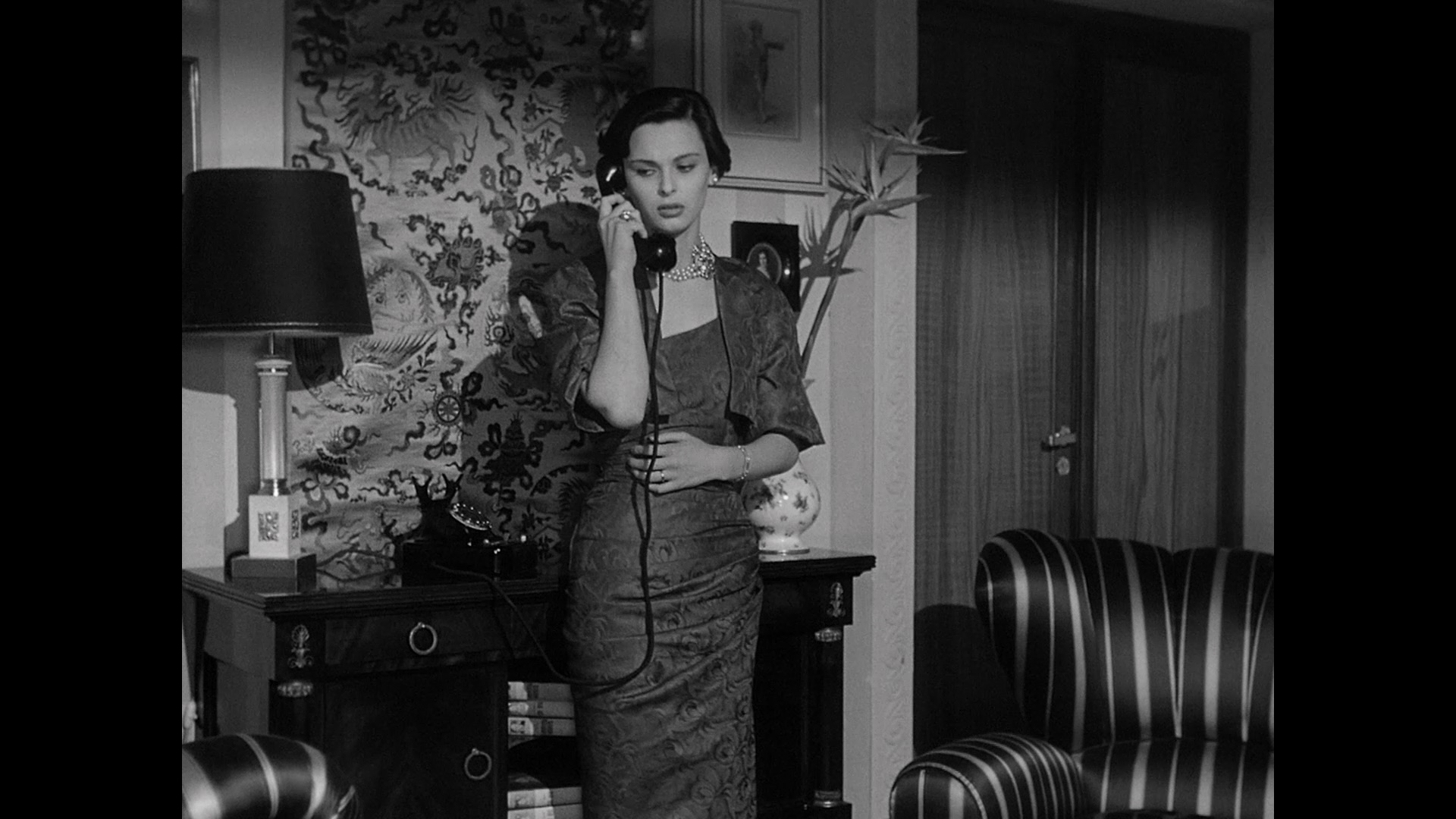 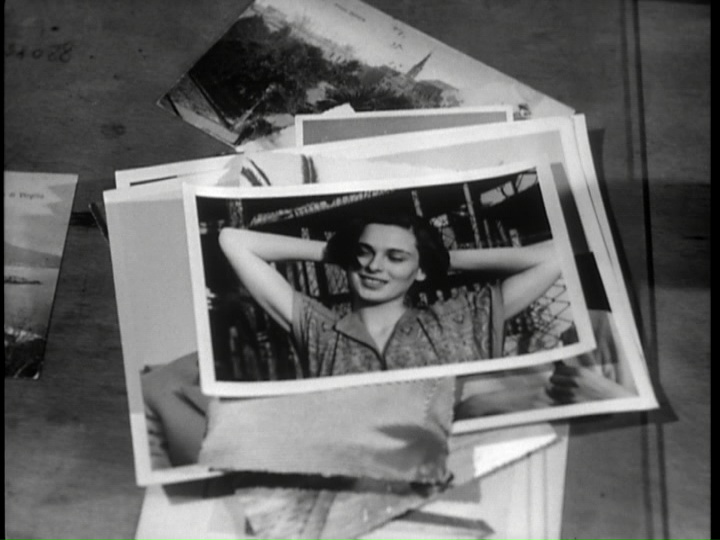 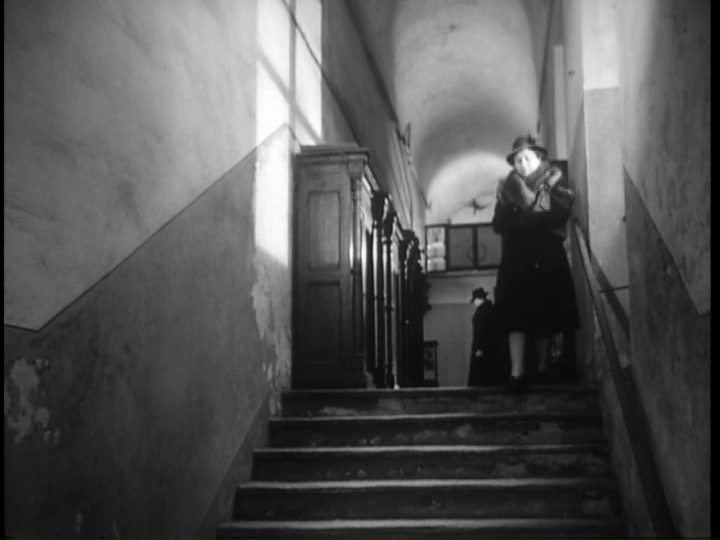 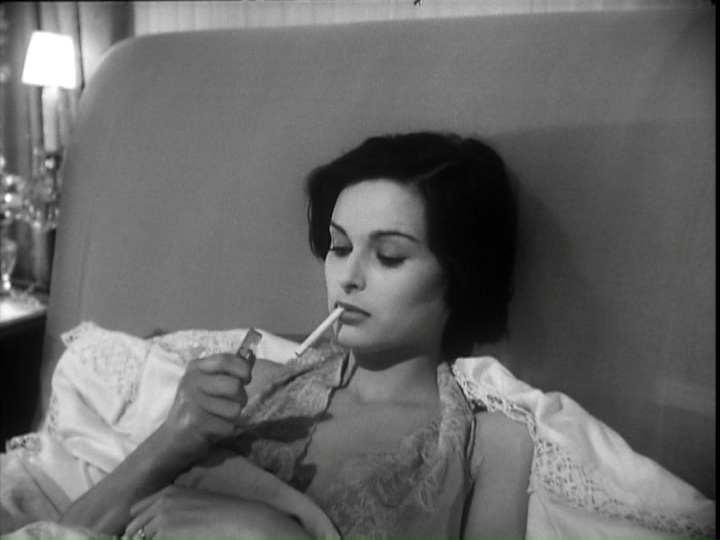 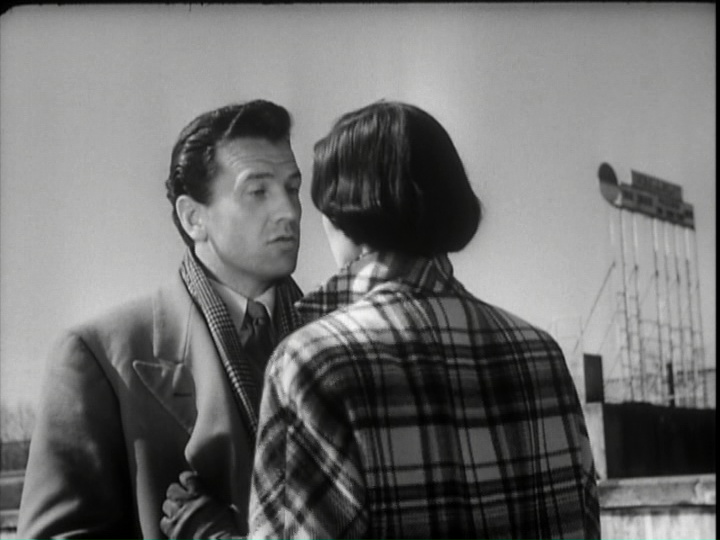 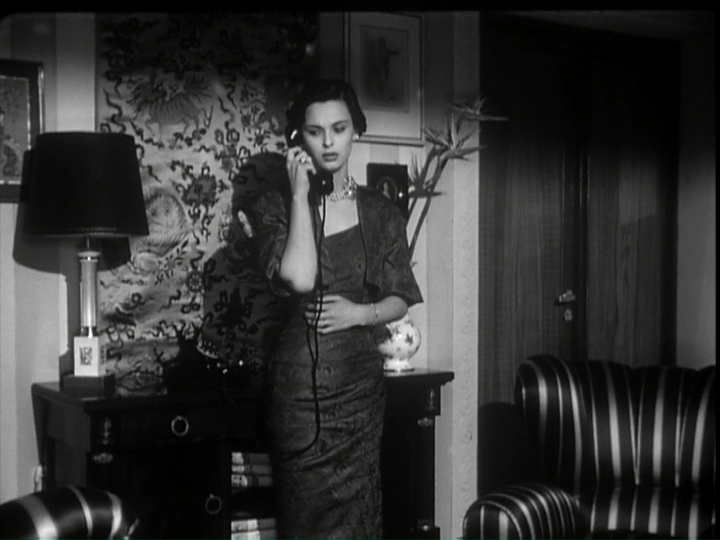