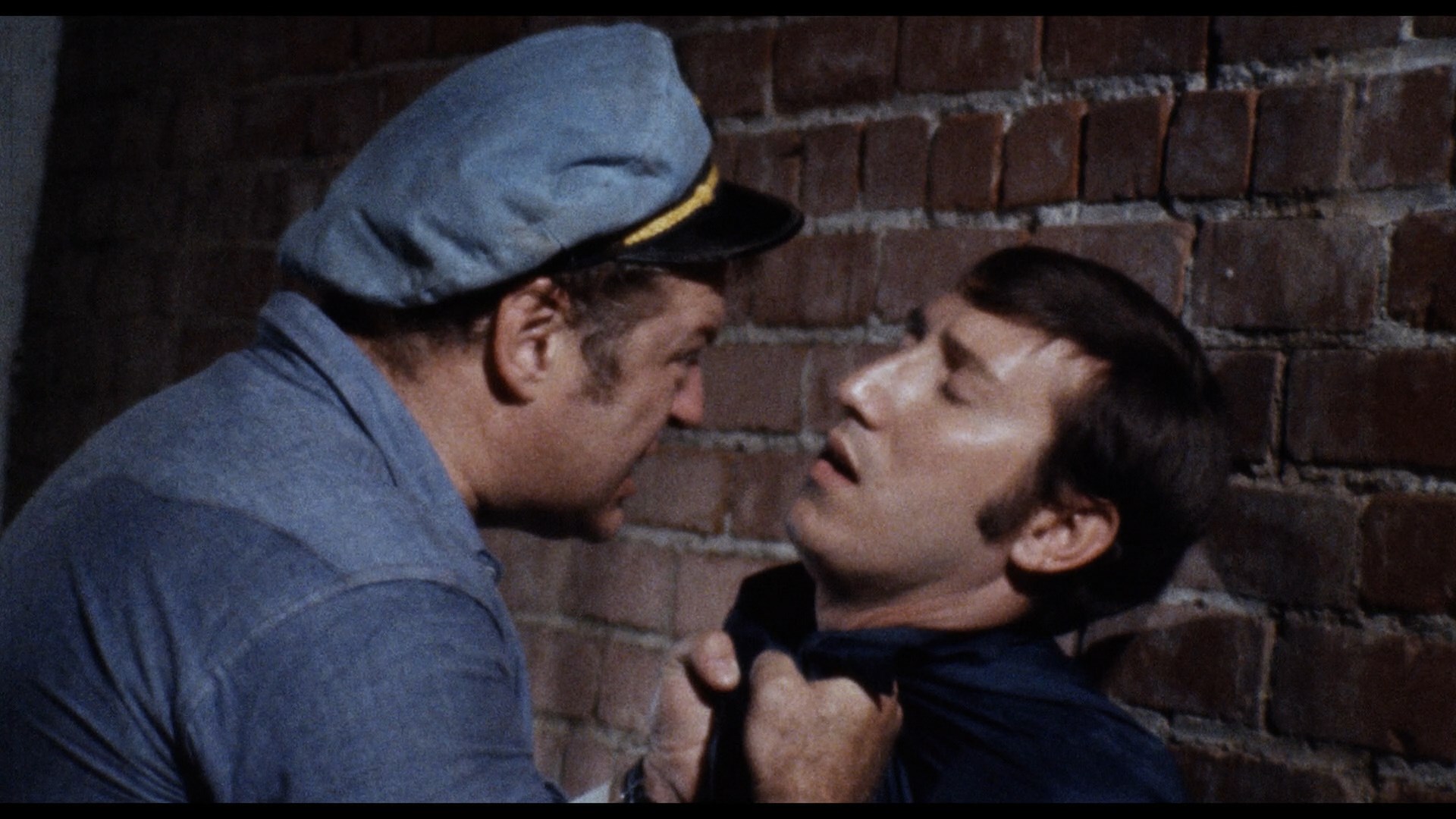 that - not surprisingly - failed to stick.) Using his usual nom de sleaze persona, "Cash Flagg," director Ray Dennis Steckler also stars as Charlie Smith, a struggling, boat-loving private eye with a penchant for short-sleeved striped shirts. His latest, much-needed gig comes from Harris Ferguson (Smith), who hires Charlie to track down a slinky cat burglar, Carrie (Steckler regular Carolyn Brandt), who took off with a cash full of dope. However, as the opening credits have revealed, she herself was ambushed while swiping the stash, and now the bad guys are going around causing all kinds of trouble with forced beatings, extortion, and shooting up helpless dancers with heroin. Charlie drifts through it all encountering a wide variety of lowlifes, gradually piecing together all of the players for the big twist ending. 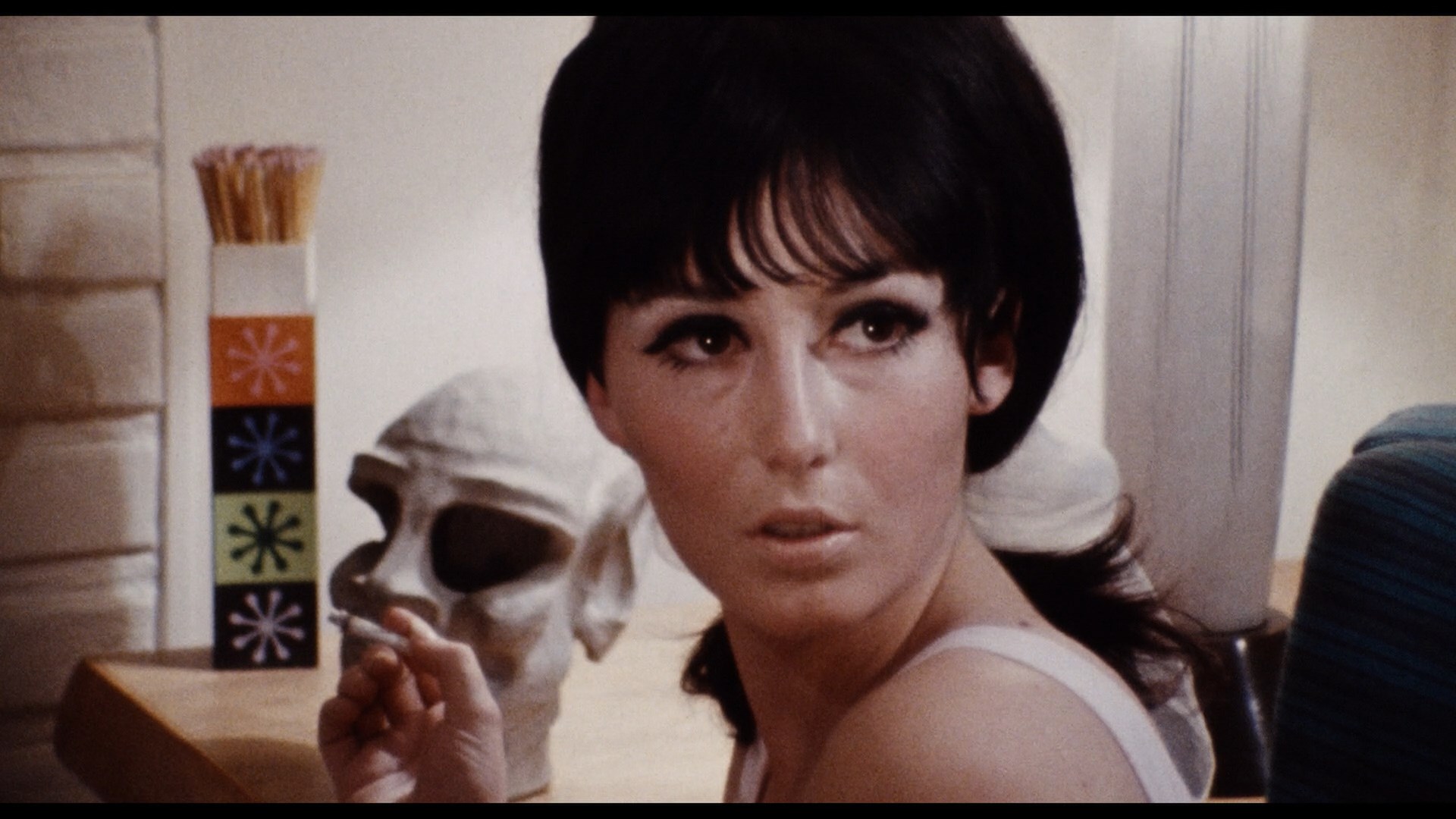 Along with The Thrill Killers, this grungy but accessible thriller is probably the closest thing to a "real" movie in the Steckler canon in terms of narrative and filmmaking approach. His typical eccentric touches are still present (notably the presence of cute little kids and a tendency to wander off on tangents), but the story is never confusing and, despite a tendency towards improvisation, the actors acquit themselves respectably for the most part. Brandt really steals the show here, looking her absolute best and making the most of some of the most luxurious shots in Steckler's filmography; one particular slow fade to black would even make Marleen Dietrich jealous. Steckler does better behind the camera than in front of it, looking a little too clean cut and boyish to pass as a believable private eye but still mustering some dramatic force when it's necessary. Though outdoor scenes tend have the scrappy charm of the usual Steckler productions, some of the darker interior scenes have a colorful, engaging atmospheric texture that carries the film along most effectively. And keep a lookout for a small role (inserted at the end of principal shooting) from Coleman Francis, director of the infamous MST3000 favorites Red Zone Cuba, Beast from Yucca Flats and The Skydivers, as "Coley." 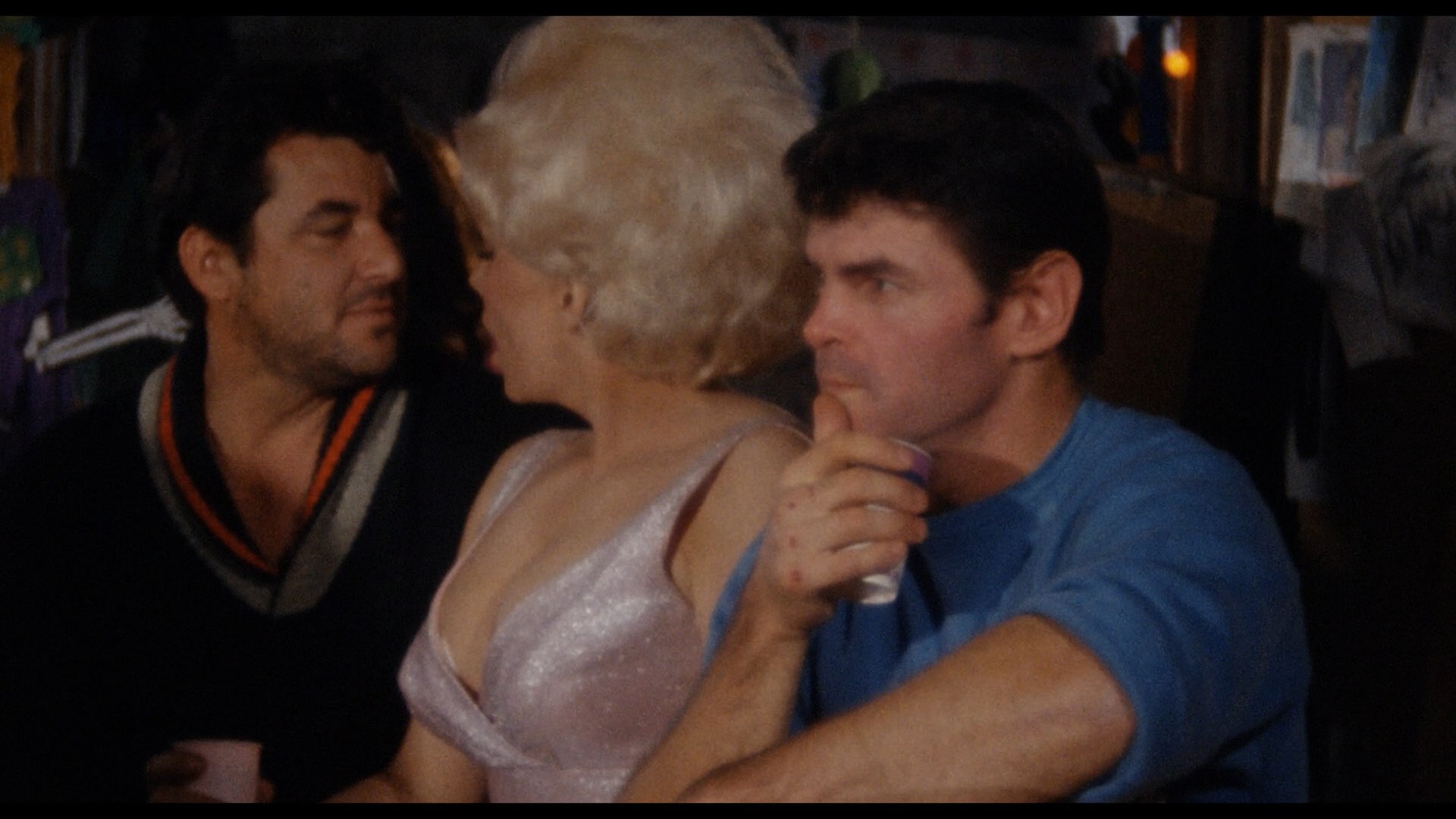 As with Shriek Show's other Steckler titles, this installment in the Guilty Pleasures line features full participation from the director and sports a decent anamorphic transfer. However, as with a handful of other titles from the same period, some players may skip a bit of footage at the layer change, a technical goof that's less noticeable here due to the already unorthodox editing patterns one might expect from Steckler. The 1.66:1 framing looks about right, though fans used to the VHS edition may be thrown by seeing some of the excess headroom sheared away at the top of the frame.

Steckler contributes another feature-length audio commentary in which he covers all of the significant production stories, including the reasons for Francis' presence in the film (a nice little tidbit) and the problems posed by the ambitious intercutting of so many subplots and characters. He also appears for a video interview in which he gives an overview of the creation of the film and returns off-camera as the interviewer for a video chat with a sparkly-eyed Brandt, entitled "Super Cool." Also included is a reel of rare color footage from the monochrome Rat Pfink and Boo Boo, a thoroughly bizarre Steckler short entitled "Goof on the Loose" (with optional commentary), and trailers for other Steckler releases including Rat Pfink, Blood Shack, The Incredibly Strange Creatures... and The Hollywood Strangler Meets the Skid Row Slasher. Too bad there isn't an extant trailer for the main feature, as it would be interesting to see how on earth it was pitched to drive-in audiences.

Seven years after the release of the home video staple The Hollywood Strangler Meets the Skid Row Slasher, director Ray Dennis Steckler concocted this loose sequel, which dispenses with the original's parallel killers angle and instead focuses on 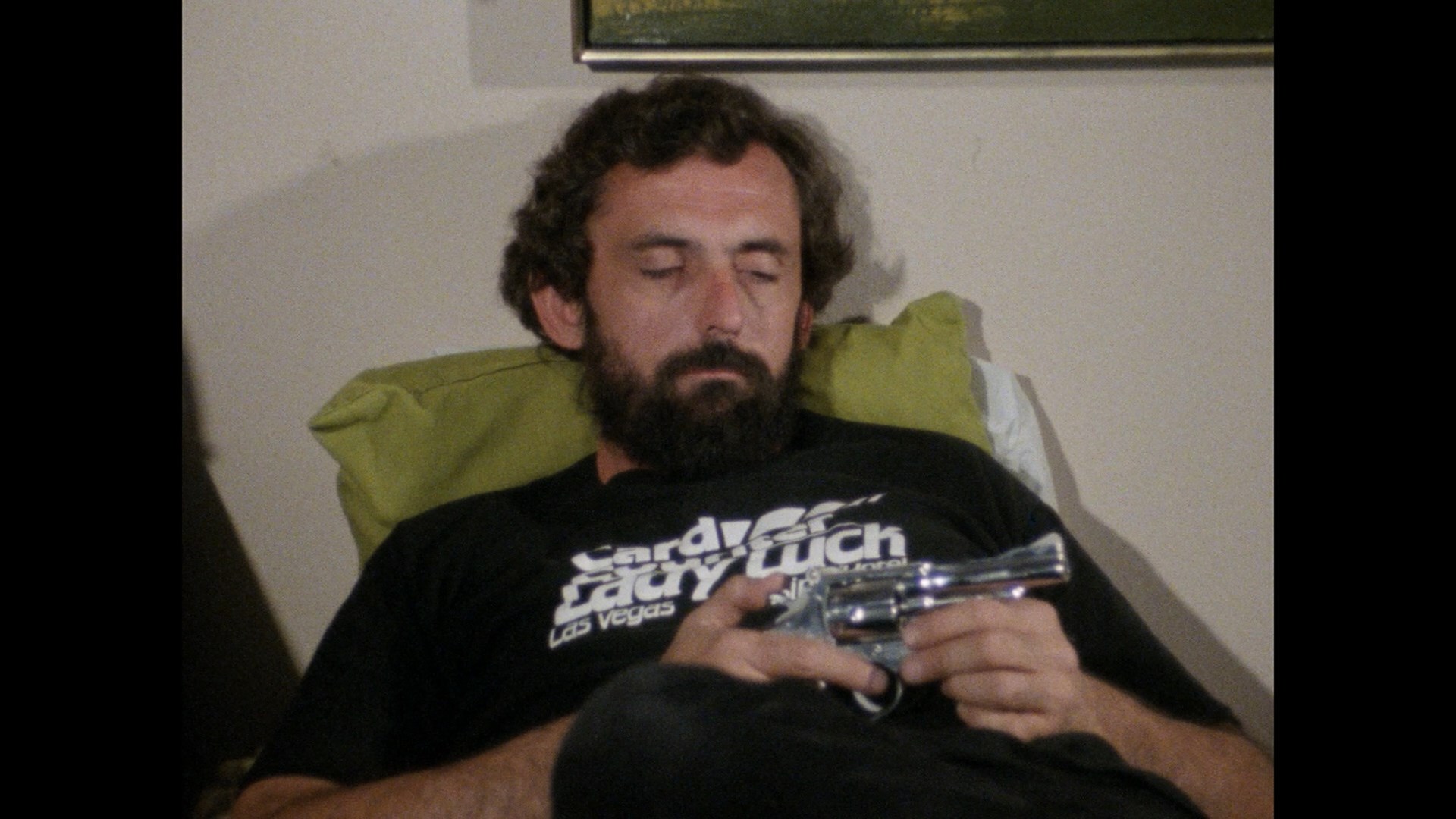 one of the psychos, Jonathan Klick (Agostino), whose fate at the end of the other film should have precluded any further adventures. Well, he's back anyway and out on parole, free to attack any woman who pulls his psychotic trigger. Klick - whose name is also listed as "Johnathan Click" for some reason - decides to follow the example of Norman Bates in Psycho II by living a respectable, reformed life doing food service work, but the lure of strangling women proves too much for him. Though no longer prowling Hollywood, he finds Vegas just as conducive to murder; meanwhile, in an oblique homage to the first film, two lowlifes named Jack and Clarence occasionally cross paths with our protagonist and 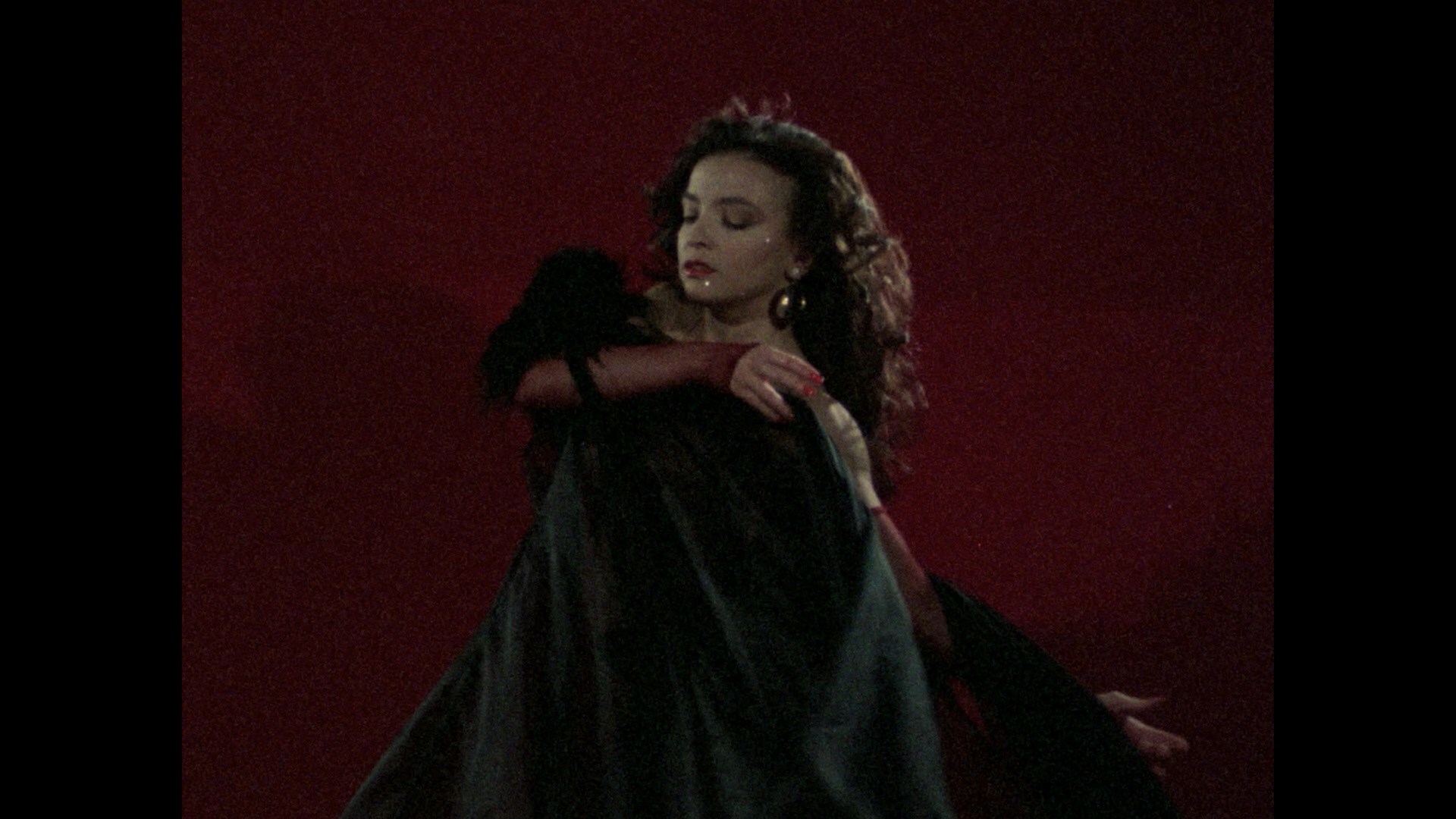 spend much time driving around, ogling the various women they encounter.

Though filmed in the mid-1980s, The Las Vegas Serial Killer feels like an exploitation film from ten years earlier, going far enough to reloop all of the actors in Doris Wishman style. This is still pure Steckler, though, especially given the hazy views of sun-soaked Vegas afternoon locales which recall the similarly obsessive treatment of the exact same places in Steckler's earlier porn outing, Red Heat. The cover depicting a busty model in the grip of a black-gloved assailant promises some hefty cheap thrills, but on that front the film only delivers with a small handful of middling strangulation attacks. Watch it as a continuation of the peculiar Stecklerian aesthetic, though, and the film delivers plenty all the way to the bizarre finale. 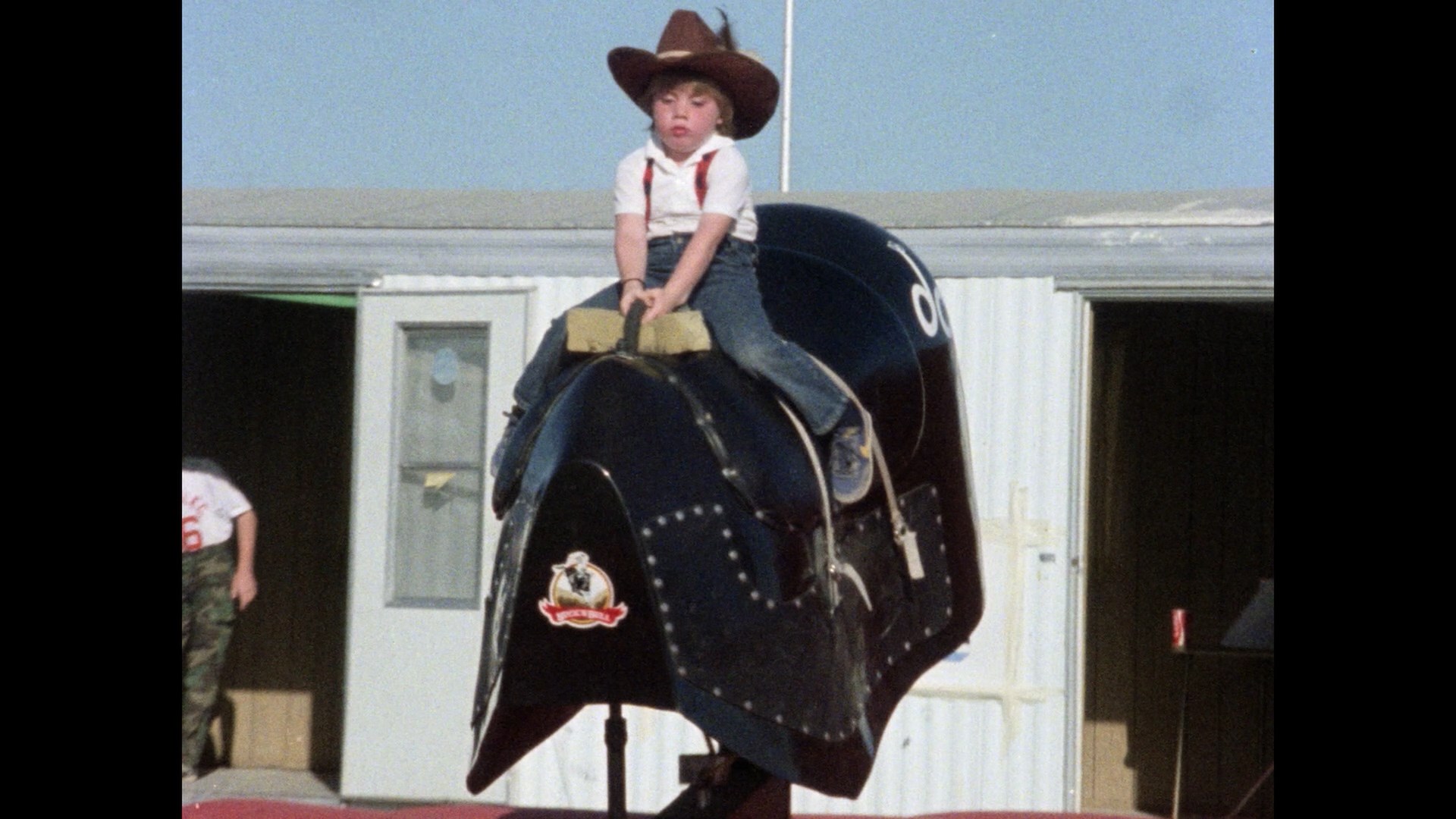 The most recent film in Media Blasters' line of Steckler releases under their "Guilty Pleasures" banner, The Las Vegas Serial Killer features a serviceable full frame transfer (evidently shot with the home viewing market in mind). Zooming in to 1.85:1 on a widescreen TV looks a bit tight, so this would be the preferred viewing option. The mono audio sounds fine considering the audio's canned and often has only a vague relationship to the events onscreen. Steckler pops up for a commentary and video interview in which he goes through the basics of mounting a low budget indie thriller, usually sticking to technical details while pointing out some of the more interesting locations. He's also represented by two of his short films, "Face of Evil" (a rougher take on the same story featuring Hollywood Stranger's Carolyn Brandt, who's sorely missed in the main feature) and "Slashed," a slasher short subject. Both are taken from rough video sources but are nice to have for posterity; Steckler's other output is represented by bonus trailers for other Steckler releases including Rat Pfink and Boo Boo, The Lemon Grove Kids, The Incredibly Strange Creatures Who Stopped Living and Became Mixed-Up Zombies, The Thrill Killers, Blood Shack and more.