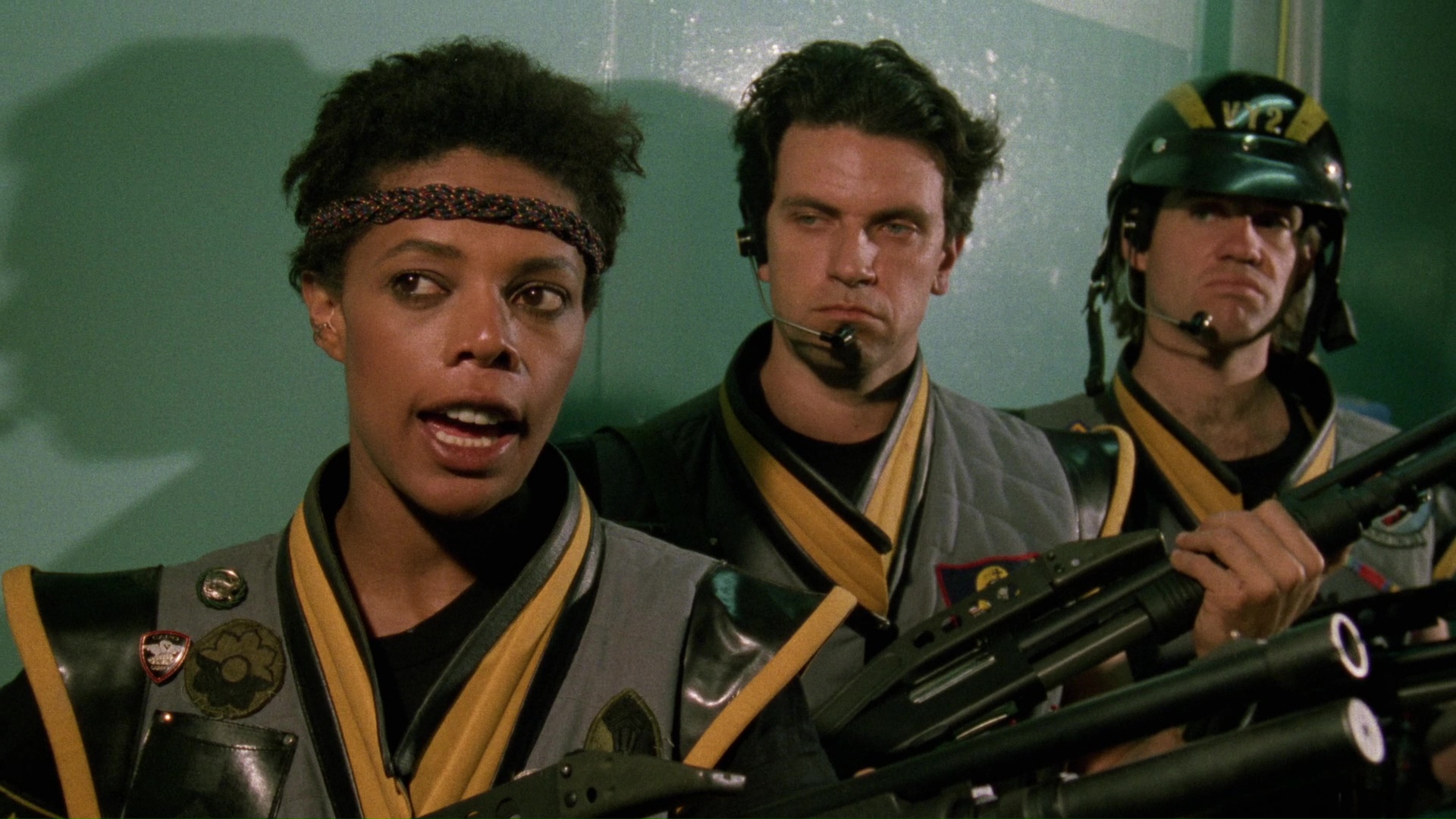 an act of chutzpah unseen 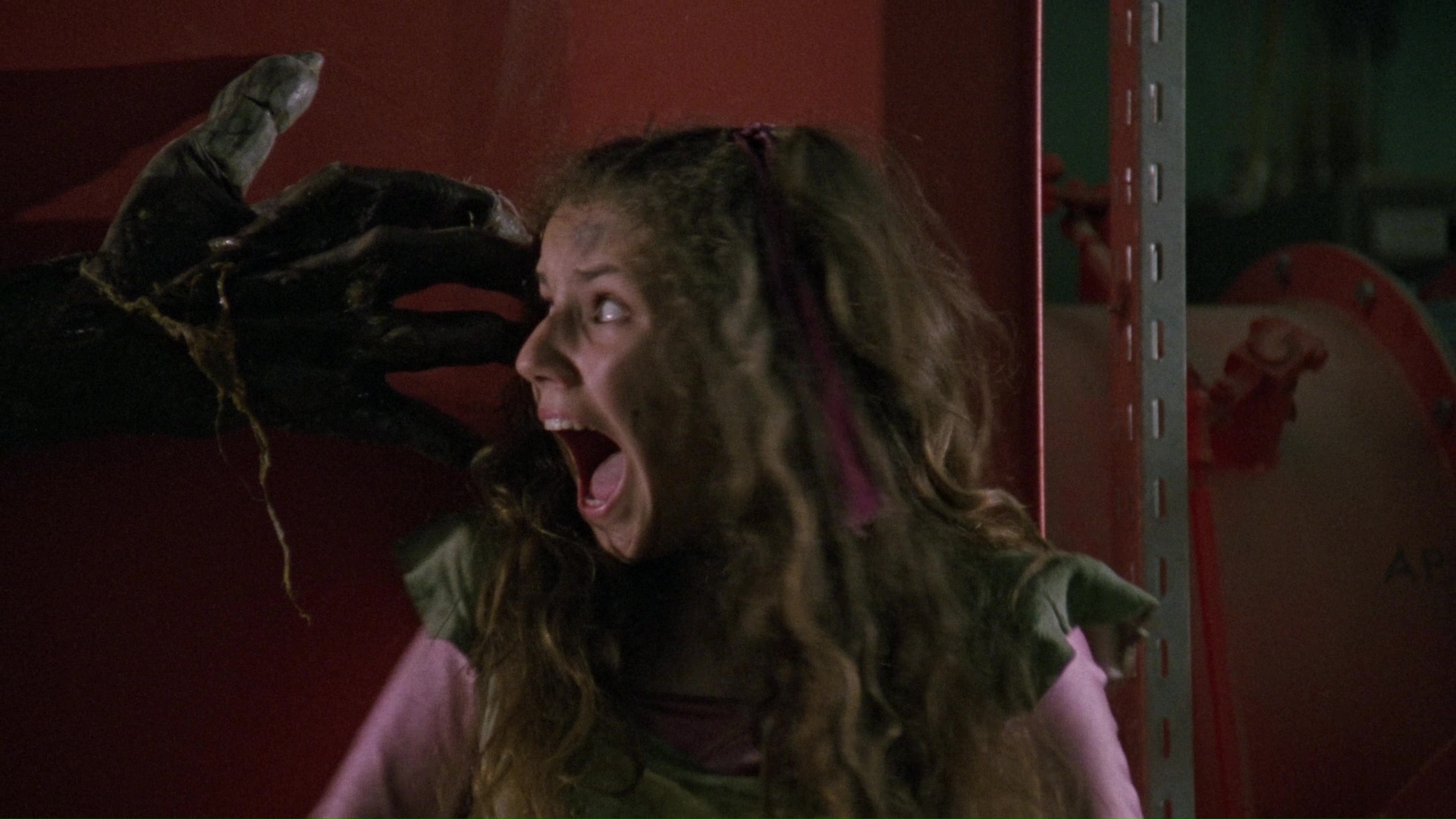 since the release of Alien 2: On Earth, the Italian cash-in movie machine set its sights in the late '80s on two of the decade's biggest sci-fi hits, Aliens and The Terminator. Not surprisingly, Shocking Dark (originally released with the brazen title Terminator II) is the handiwork of exploitation dream team of director Bruno Mattei and writer/co-director Claudio Fragasso (under their "Vincent Dawn" and "Clyde Anderson" screen names), who had already assaulted the world with Hell of the Living Dead, Rats: Night of Terror, Strike Commando, and a lot of Zombie 3. As you might expect, the result is astonishing.

At the turn of the 21st century, Venice (Italy, not California) is a decimated, pollution (and seaweed)-riddled shell of its former self, with the shady Tubular Corporation (probably down the street from Rad Inc.) performing experiments to undo the ecological disaster. Having a toxic cloud hanging over the city would be bad enough, but an S.O.S. video feed from three Tubular employees screaming for help indicates something even worse is now threatening the population. All the video cameras in the area start glitching out, too, so that means it's time to send in a rescue team with scientist and Catherine Mary Stewart imitator Dr. Sarah 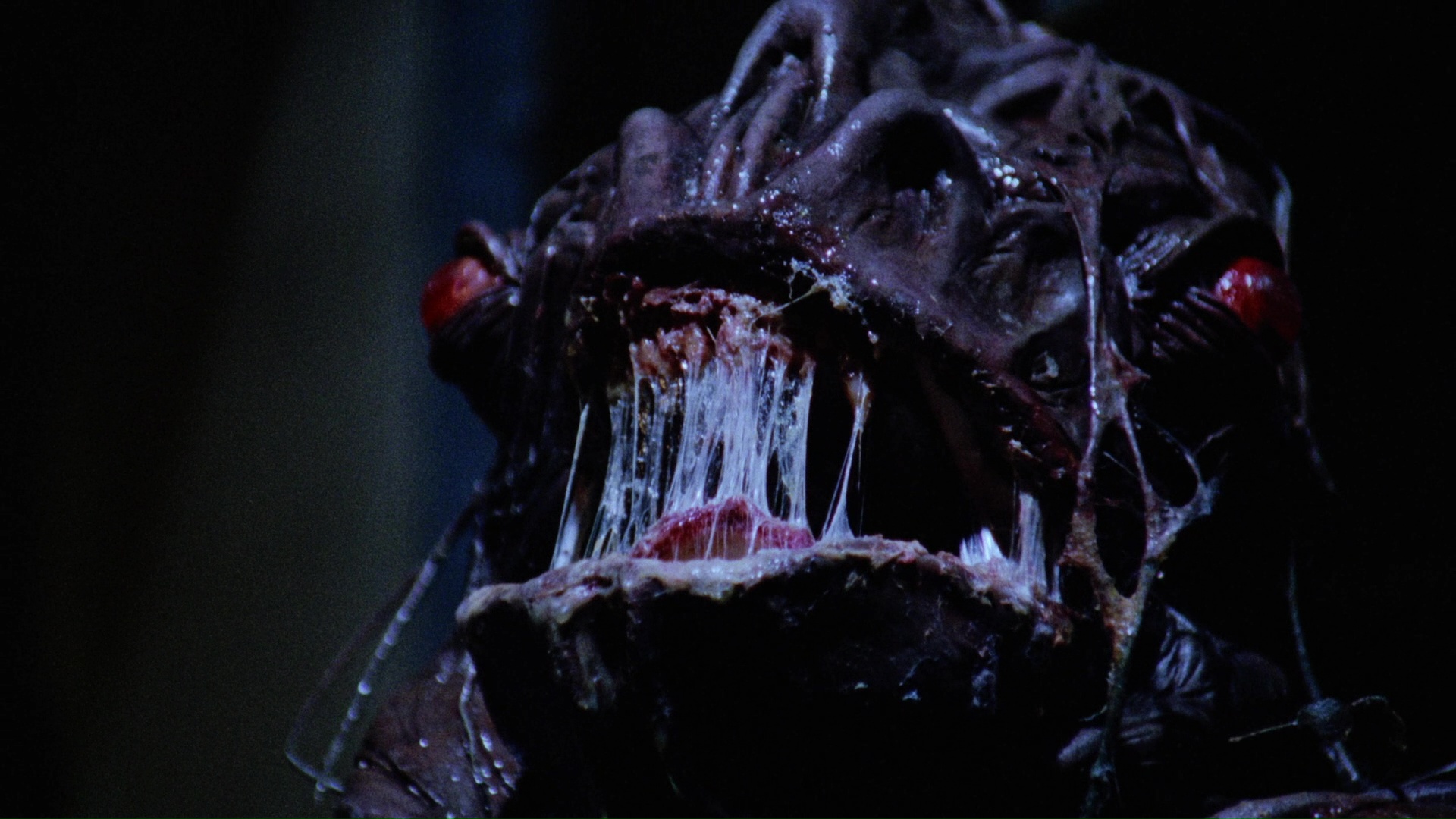 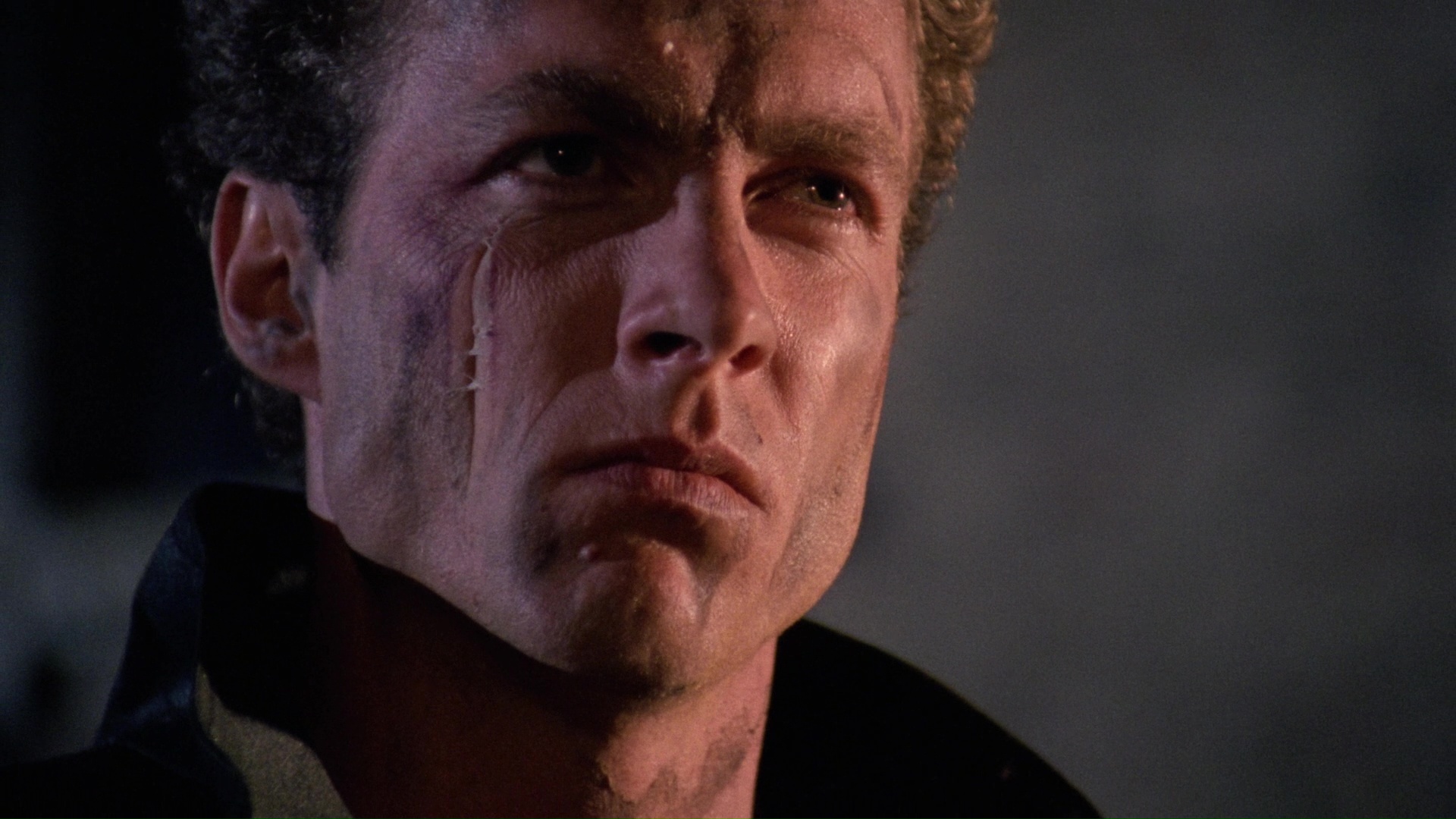 freelance martial arts expert Samuel Fuller (Ahrens) -- yes, really Samuel Fuller -- are recruited to join the military Mega Force to take part in Operation Delta Venice, with a bunch of suspiciously James Cameron-esque former Marines talking tough and threatening to kick ass. Of course they get way more than they bargained for when they discover a squad of genetically engineered monsters, an abandoned young girl named Samantha (Coulson), and a shocking secret about one of the team members.

Anyone familiar with Mattei and company should have a basic idea of what to expect here: stilted acting, nutty plot twists, lots of padding with actors roaming dark sets, and screaming. Lots and lots of screaming. The rubbery, Sid and Marty Krofft-style monsters are actually fun when they pop up and show more variety than you'd expect, and it actually becomes a fun game trying to catch every single lift from other movies with entire characters clearly pilfered directly from one of the aforementioned Cameron films. (Carlo Maria Cordio's score does a pretty funny job of trying to ape James Horner on a synthesizer, too.) The Terminator angle is less obvious at first and really only comes into play in the final stretch, and surprisingly it turns out to be less idiotic than what happens at the end of Wax Mask. 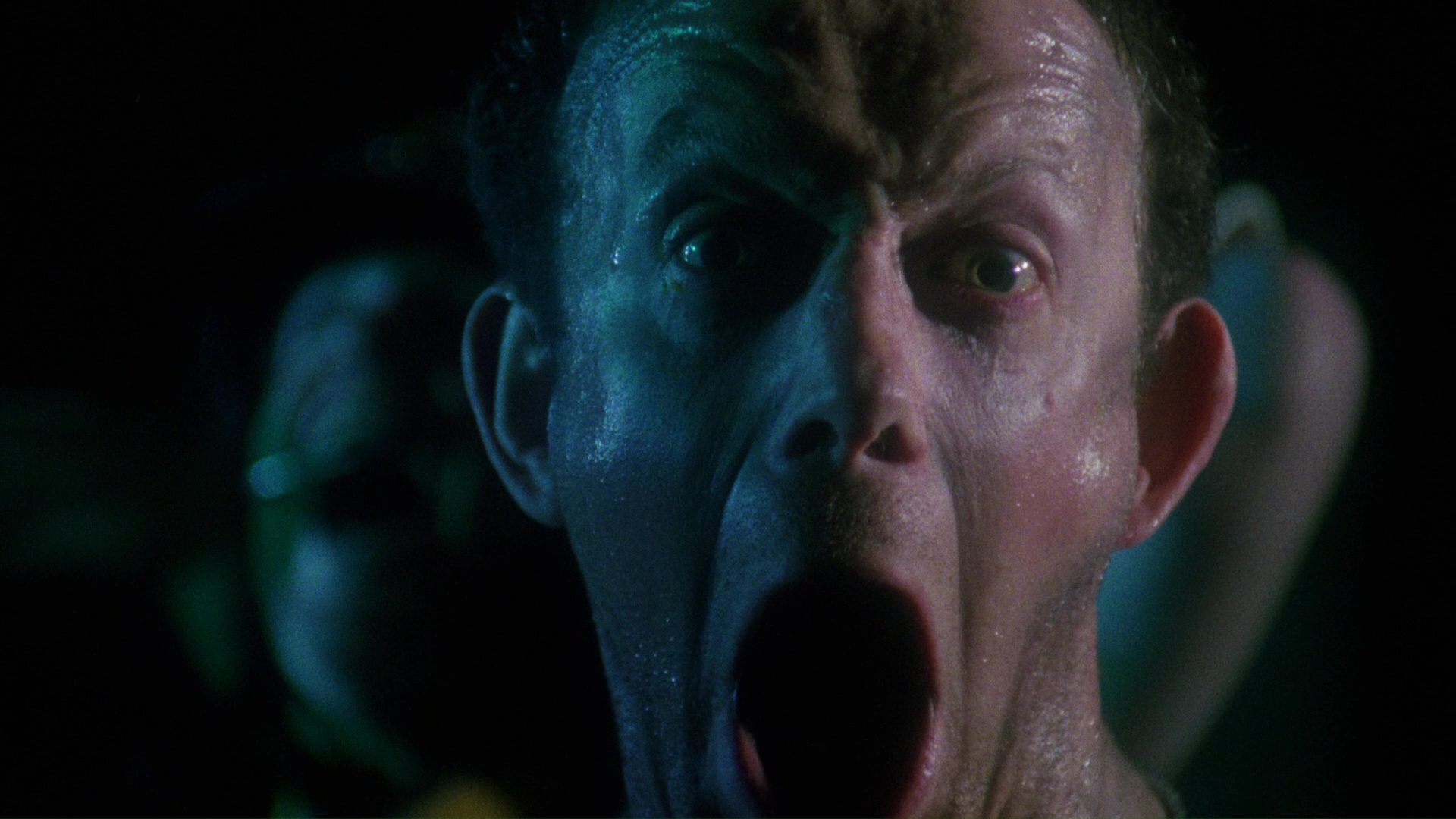 Not surprisingly, the original Italian title proved to be a big hurdle in getting this film distributed (especially with a bona fide Terminator sequel due to come along in a couple of years) and so this one kept a fairly low profile around the world, with no U.S. distribution in any form at all until Severin Films finally gave it separate Blu-ray and DVD releases in 2018. Sporting a new 2K of the original negative, it looks great -- well, as great as a 1989 Bruno Mattei film can probably look -- with a natural appearance 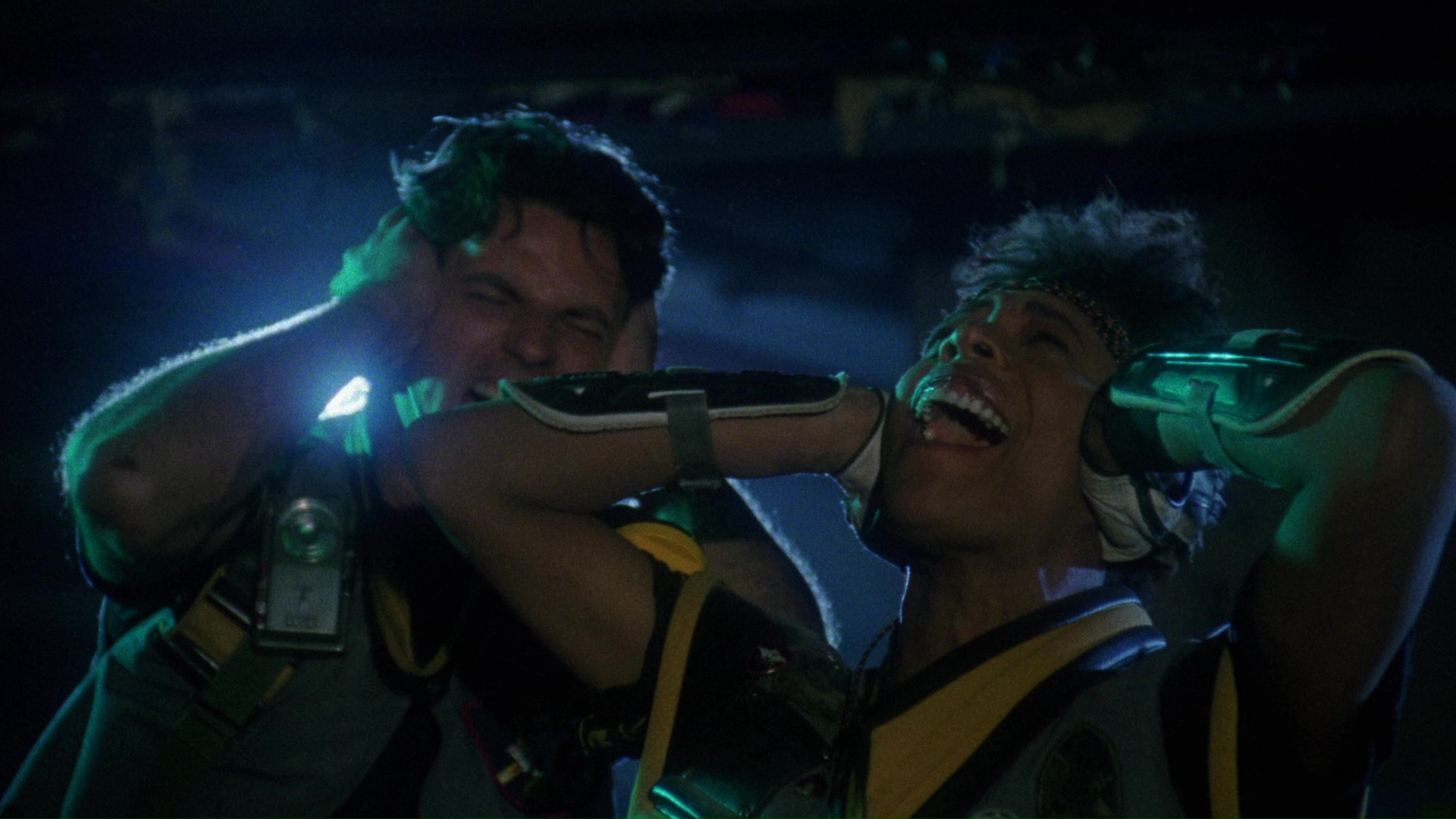 including some very minor cinematic debris visible at times. It's quite a different experience from those blurry bootleg copies that have been floating around, with the dark scenes (of which there are many) far easier to make out now. The film was shot in English so that track is the default one in DTS-HD MA mono with optional English subtitles; lossy Dolby Digital dubs are also provided in Italian, Spanish, German and Chinese. Naturally Fragasso and wife/co-writer Rossella Drudi turn up for another highly amusing featurette, "Terminator in Venice" (13m14s), in which they're adorably candid about the shortcomings of the monster suits, the challenge of being ordered to rip off two films with 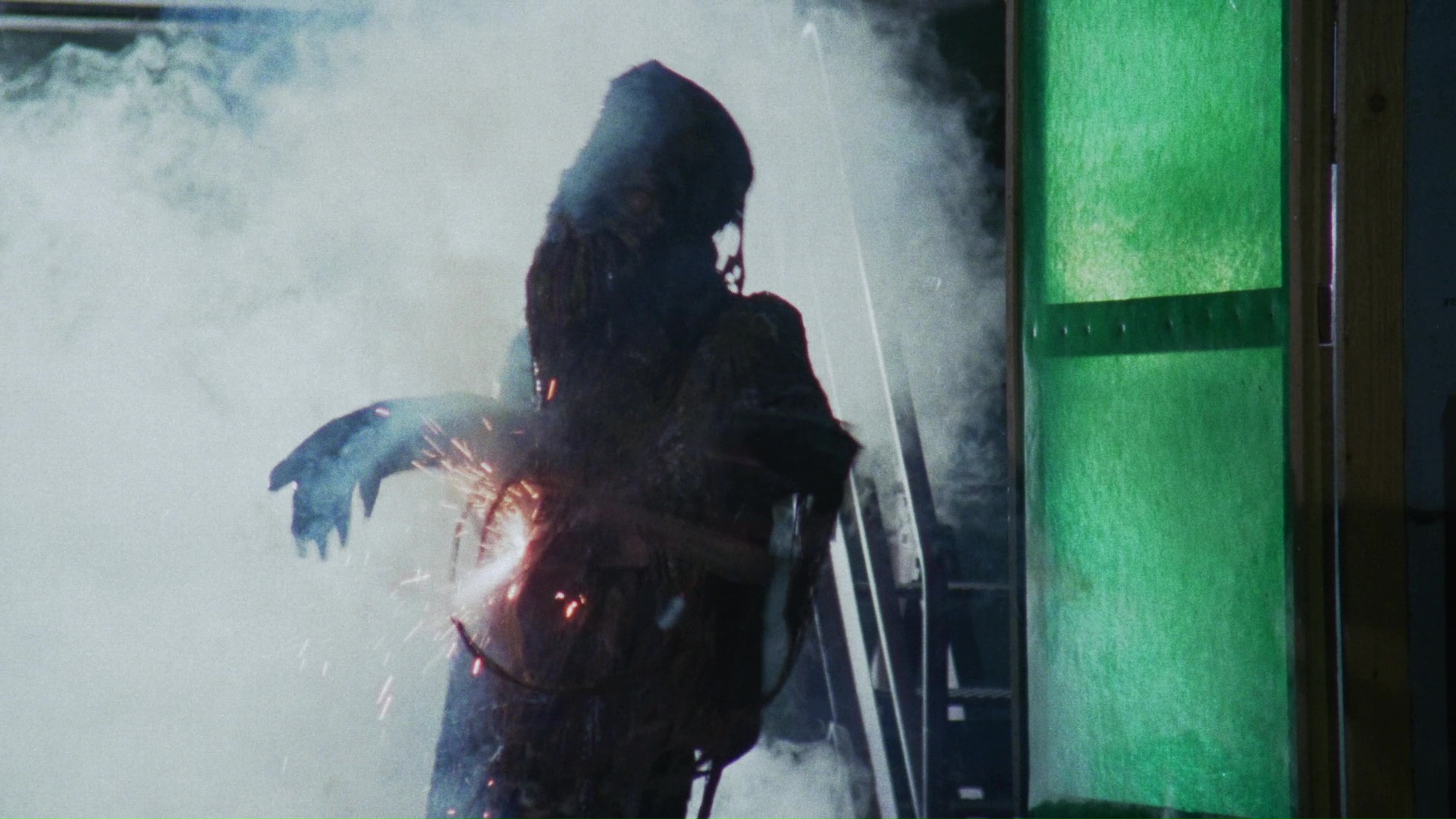 very limited financial resources,and the frequent cash-in title changes for Italian films that were almost always outside the control of the filmmakers. (Robowar fans, there's a nice bit in there for you, too.) In "Once Upon A Time in Italy" (12m44s), Portland-born actress Geretta Geretta (best known as the ill-fated hooker in Demons) enthusiastically recalling the start of her career (being discovered by Susan Seidelman for Smithereens), the makeup demands of Demons, and her stints with Mattei including this film and, of course, Rats. The infamous alternate Italian title sequence is included along with a Japanese trailer (identified in the narration as Shocking Dark but on screen as Alienators) you really have to watch all the way through. The film is also available in a pair of bundles with Zombie 3 and Zombie 4: After Death as well as an "extremely unofficial limited edition slipcover" to amaze your friends.