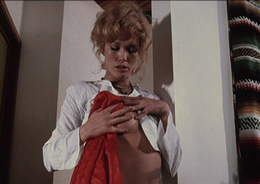 The death of director/actor Fred J. Lincoln on January 17, 2013 came as something of a surprise for exploitation and smut fans; best known as Weasel from Wes Craven's The Last House on the Left, he was already acting in XXX films since the early '70s for director Eduardo Cemano and would transition to the other side of the camera by the end of the decade. He also continued to make jokey cameos in adult films for decades while participating in video supplements for Craven's notorious classic, which he openly loathed (and which made for one of the most fascinating commentaries ever recorde 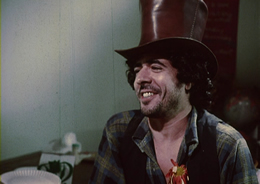 Conceptually this sounds like it should be a raunchy fantasy with plenty of opportunities for visual creativity, but by this point the whole naughty Cinderella thing was pretty familiar territory in softcore thanks to two 1977 films, Cinderella with Cheryl Smith and Al Adamson's Cinderella 2000. Spicing the story up with more explicit action sounds like a good idea, and the scenarios here still have that weird roughie vibe still lingering from the late '70s. However, the participants seem kind of slow and sleepy throughout, with Leigh (a lovely woman but easily one of the worst actresses of the era) making an odd choice to keep popping up to read the story to the camera. Thankfully Jamie Gillis pops up for a lively scene as the prince's steward, wearing a ridiculous hat and chewing up scenery like only he could. Fortunately Serena fans will still get their money's worth here as she's either watching or jumping into most of the scenes, and as a star vehicle, it functions well enough. Lincoln had already gotten a few projects under his belt by this point (most notably the fun Daisy May and the Seka showcase A Place Called Shame), but he seems pretty shaky trying to tell a linear story here and basically gives up for a quick finish just when everything seems to be building to a climax. So to speak. On the other hand, it's worth sticking around through the end credits so you can read some of the corniest nom de porns you'll ever see, like "Assistant Cameraman

- Phil Focus," "Gaffer - Rufus Leaking," and "Sound - Dick Hertz." Impulse's no-frills DVD of this relatively rare title (originally released in a horrific presentation from cheapo label Gourmet) features a film transfer from a worn but watchable element from what was most likely a very fast, very "economical" 16mm production. The non-anamorphic transfer is almost full frame, with mild matting at the top and bottom for some reason. (It doesn't really matte off well on widescreen TVs, so don't bother trying.) The mono audio sounds fine considering the source.

Way less plot heavy but more skillfully made is Lincoln's next effort the following year, Same Time Every Year. The title's play on the popular play and film entitled Same Time Next Year, a romantic dramedy about a pair of adulterous lovers who meet up once each year at a cabin; however, pretty much everyone's screwing around with everyone else in this film. "God, I really hate this time of year," whines Nicole (Up 'n' Coming's Sanders) as her husband Michael (Taboo's Ranger) packs up for his yearly lawyers' convention out of town. They have a quick final roll in the hay while Michael's other trip buddies, Robert (Thomas again) and Jason (Morrison), do the same thing with their respective spouses, Alice (Canon) and Melissa (Clark). Then the scheming boys head off with their chauffeur (Ron Jeremy!) for a wild trip of bed hopping, but their women already know what they're up to. Nicole wastes no time getting busy in the big outdoors with the first dumb lummox

Funny, glossy, and fast paced, Same Time Every Year will never be mistaken for a pioneering classic of the genre, but it does make for a funny couples film with the female characters consistently running the show. It's also a nice reminder of what early '80s adult films looked like before shooting on video took over and transformed the entire aesthetic into crud for several years, and of course, it's packed with familiar names obviously having a good time. Originally released on VHS from Video Home Library, this has appeared in a couple of bootleg editions but seems to be making its official DVD debut here with a solid new anamorphic widescreen transfer. The 1.85:1 framing looks fine, and while colors are on the muted side, it's quite attractive throughout and generally in good shape print-wise.