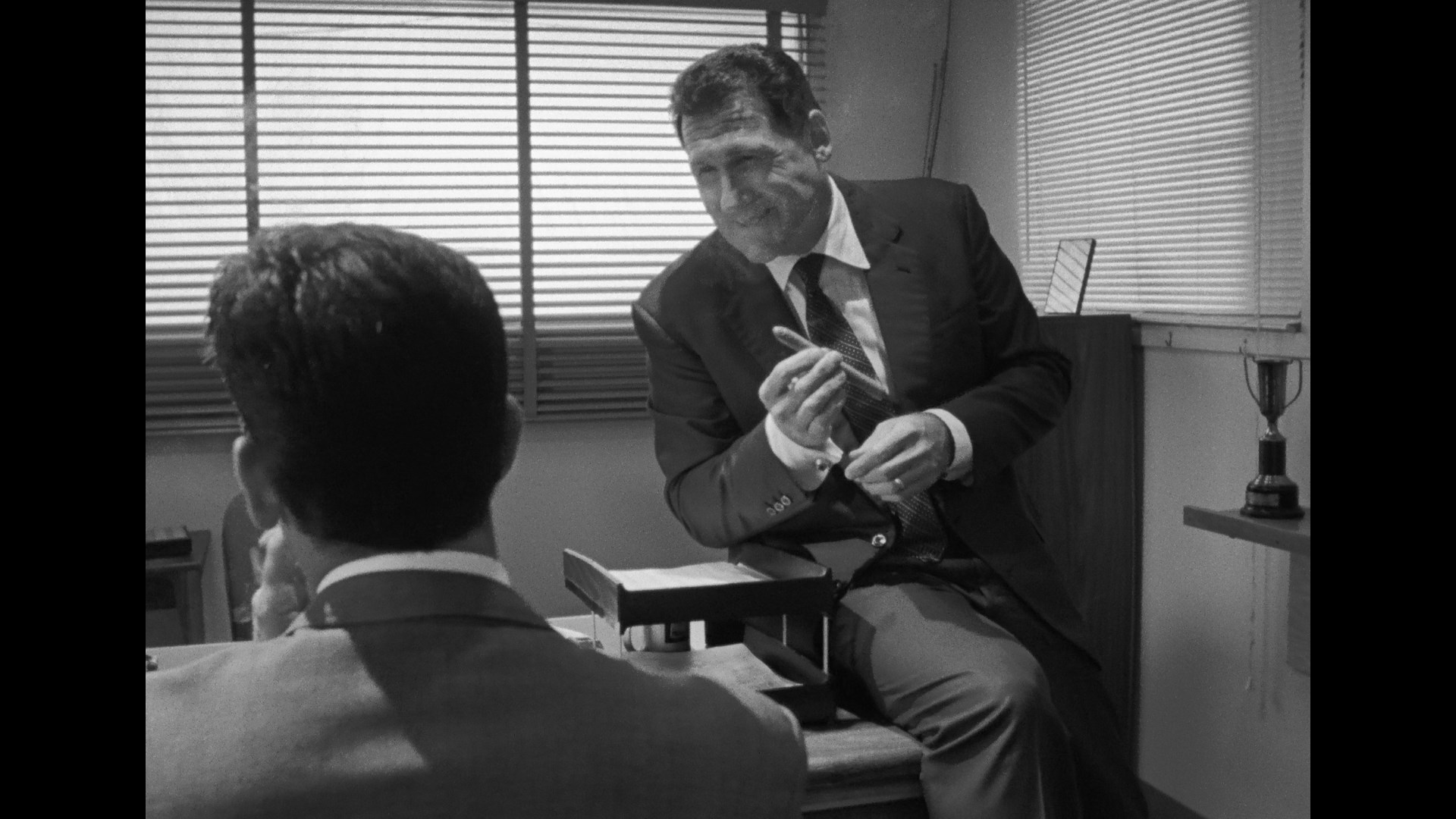 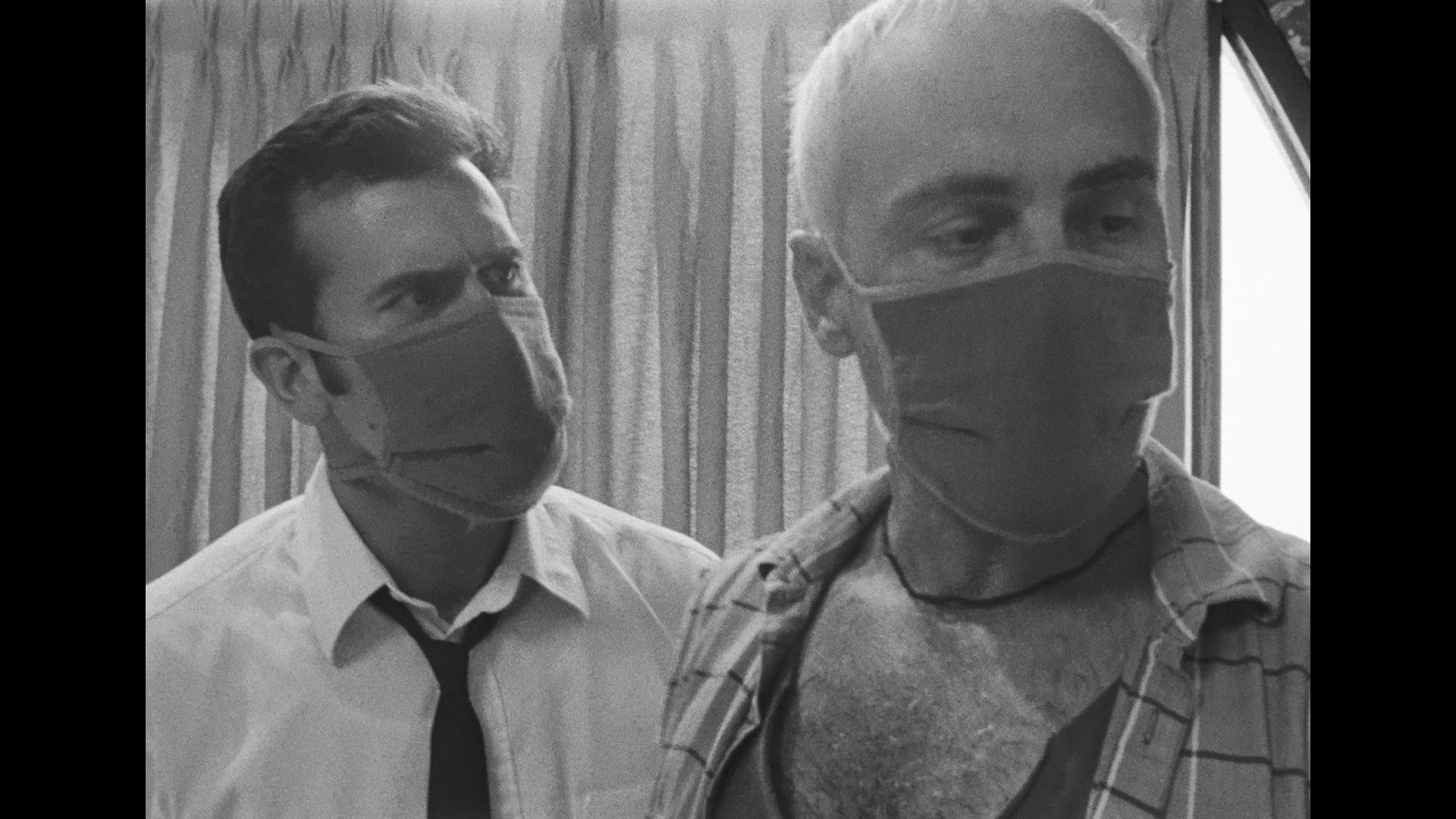 on that old movie standard of the heist gone bad, Running Time takes its inspiration from Alfred Hitchcock's Rope (designing the movie as one continuous shot in real time without cuts) and fuses it to a small scale story in the tradition of Stanley Kubrick's The Killing. While the very low budget hampers a few of the film's more ambitious attempts, the overall result is extremely impressive and, most importantly, very entertaining.

Immediately after being released from a five year stint in prison, the conceited Carl (Campbell, still recovering from Congo) hooks up with his old partner in crime, Patrick (Roberts), who's brought along a driver and a safe cracker to help steal a quarter of a million dollars stashed through the prison's corrupt laundry fund. After a brief tryst with a hooker (Barone) who turns out to be an old flame from high school, Carl leads the men from one botched detail to the next until they finally commit the robbery itself, which naturally goes awry and leads to some violent bloodshed. Panicked, the men go on the run through the back streets of L.A. and try to figure out how to extricate themselves from a seemingly no-win situation.

A veteran of the Sam Raimi guerrilla school of filmmaking, Becker showed some solid indie chops with each of his films (also including Thou Shalt Not Kill... Except and Lunatics: A Love Story), and Running Time is the most accomplished of the bunch. Boosted by a typically strong lead performance by Campbell, who really should have been a huge star by this point, the simple story barrels along quickly through the film's brief length and deftly fills in some endearing character details 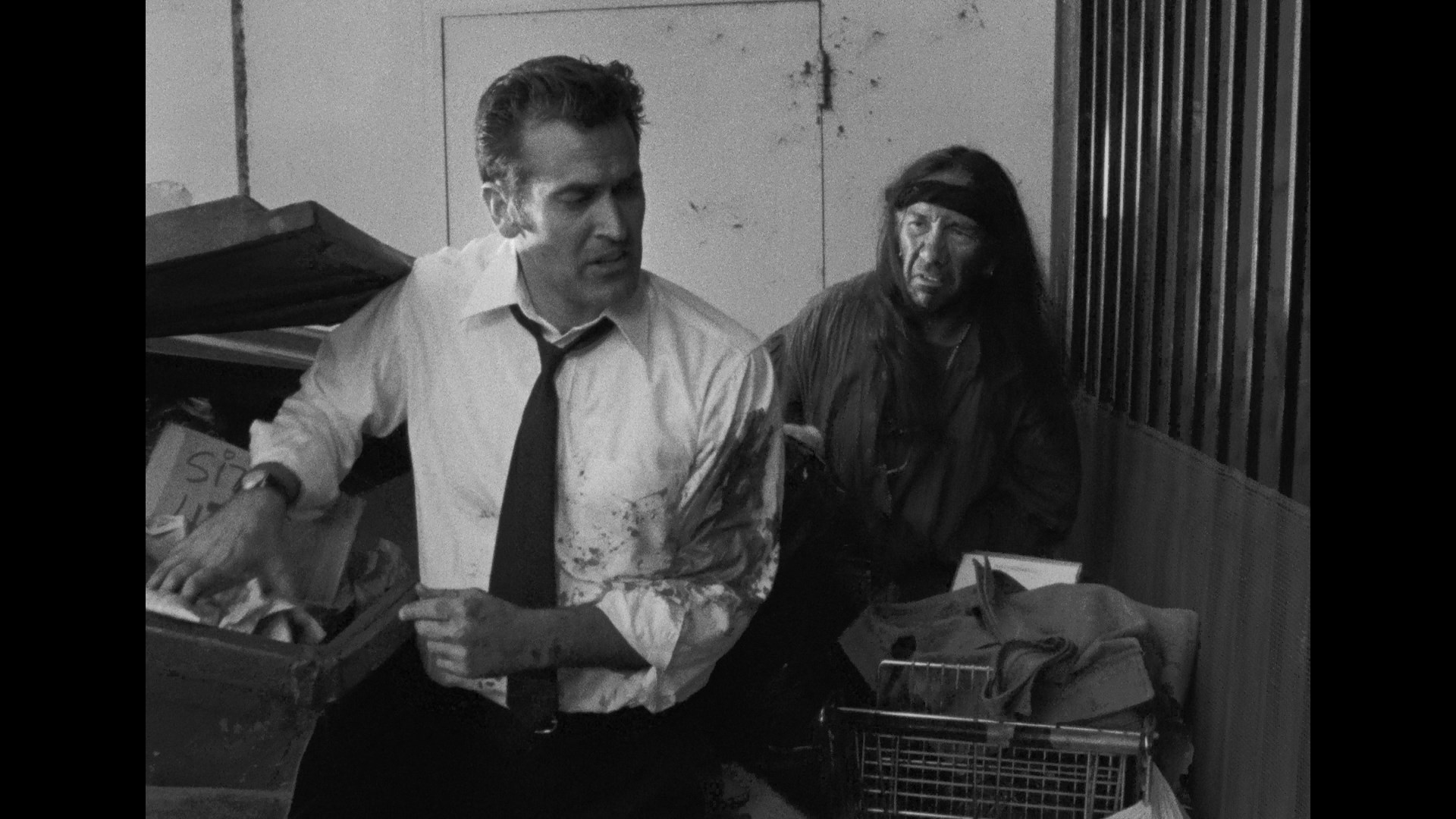 right to the end. While the subject matter could have 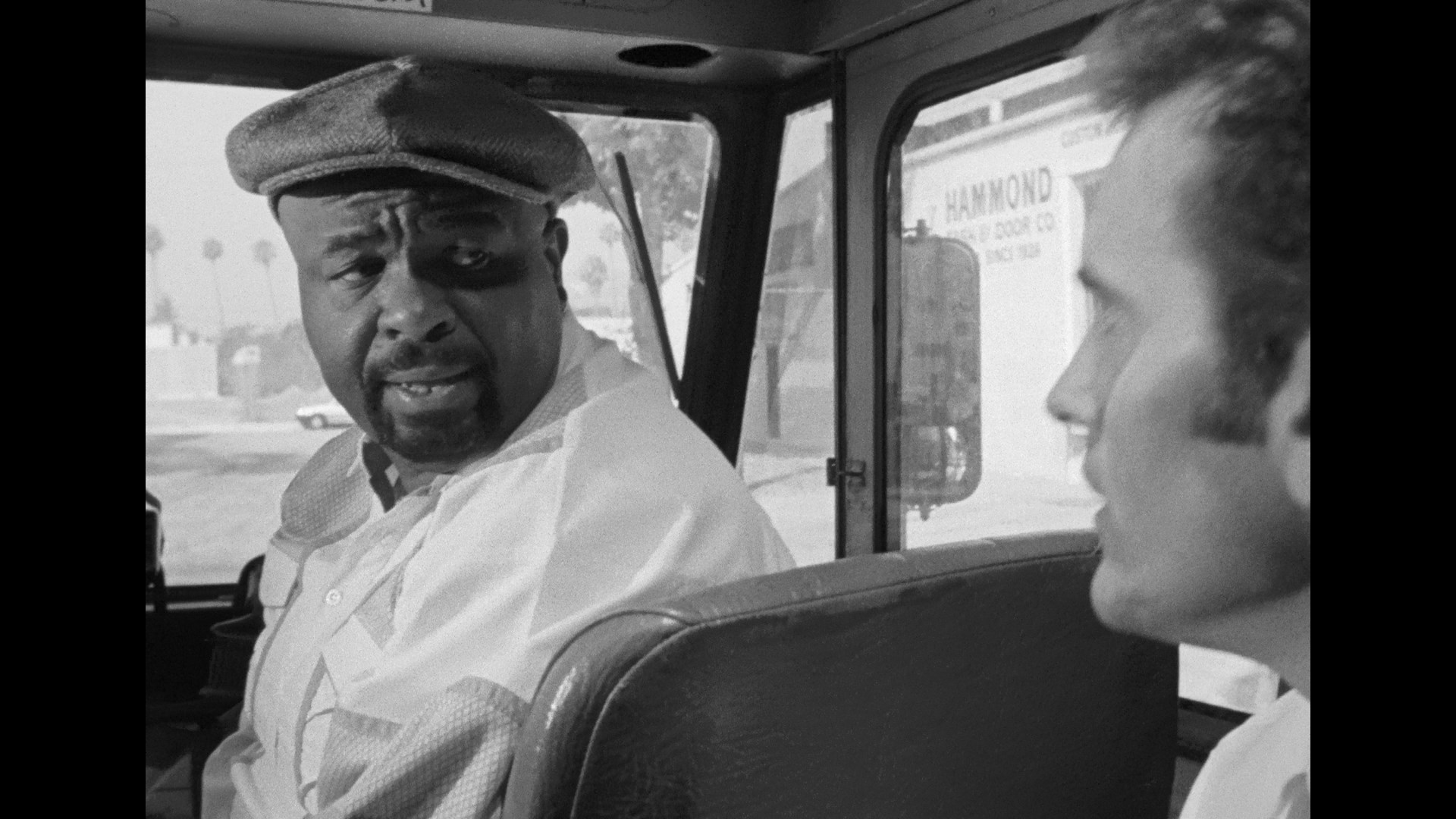 lapsed into familiar sub-Tarantino pretension, the unexpected, emotional final act between Carl and Janie is what really distinguishes this film from the rest of the pack. Refreshingly devoid of smarmy hip dialogue and flashy cutting, Running Time simply focuses on the people and the events and tells the story, and is all the better for it. The single take technique results in a couple of awkwardly forced moments (let's watch everyone change a tire... let's watch everyone synchronize their watches again...), but these flaws are few and far between.

Shot in black-and-white 16mm and blown up to 35mm for some festival engagements, Running Time looked better than might have been expected on Anchor Bay's DVD very early in the format's history in 1999. The full frame image looks well composed and clear throughout, with inherent grain in the source material staying intact. The mono audio track sounds fine under the circumstances, with Raimi's semi-regular composer Joseph LoDuca contributing a sparse score (which he composed for free!). Since virtually all of the dialogue was recorded live under varying circumstances, a few of lines are muffled in the process but not enough to damage the film. Becker and Campbell contribute an affectionate commentary track which, as might be expected, offers a very good time. Campbell provides some hilarious observations and anecdotes as usual, while Becker rigorously accounts the trials of making an experimental indie film in Los Angeles. A mostly useless "theatrical trailer" is included, which simply consists of the first two minutes of the film and probably 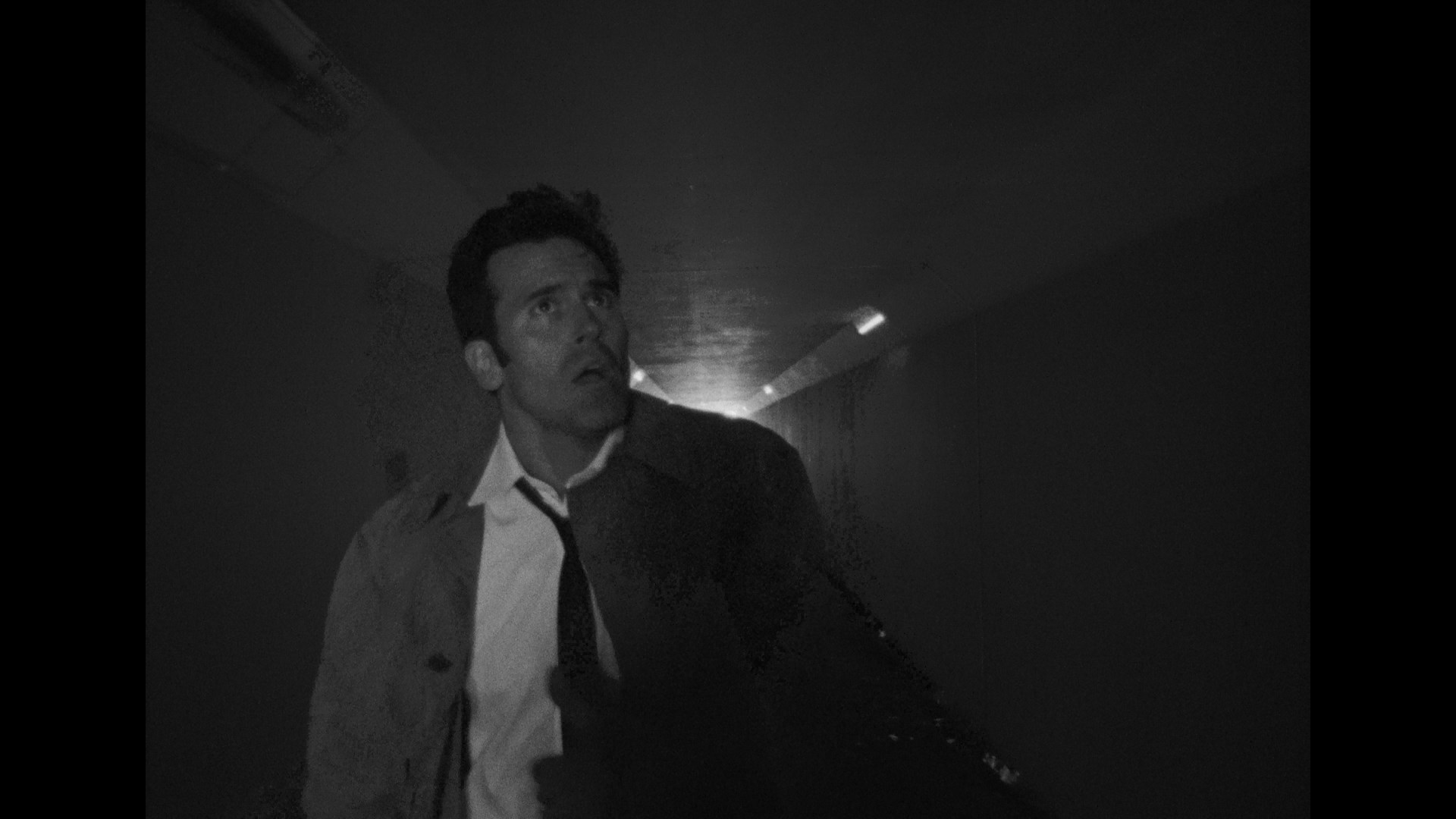 wouldn't convince anyone to see 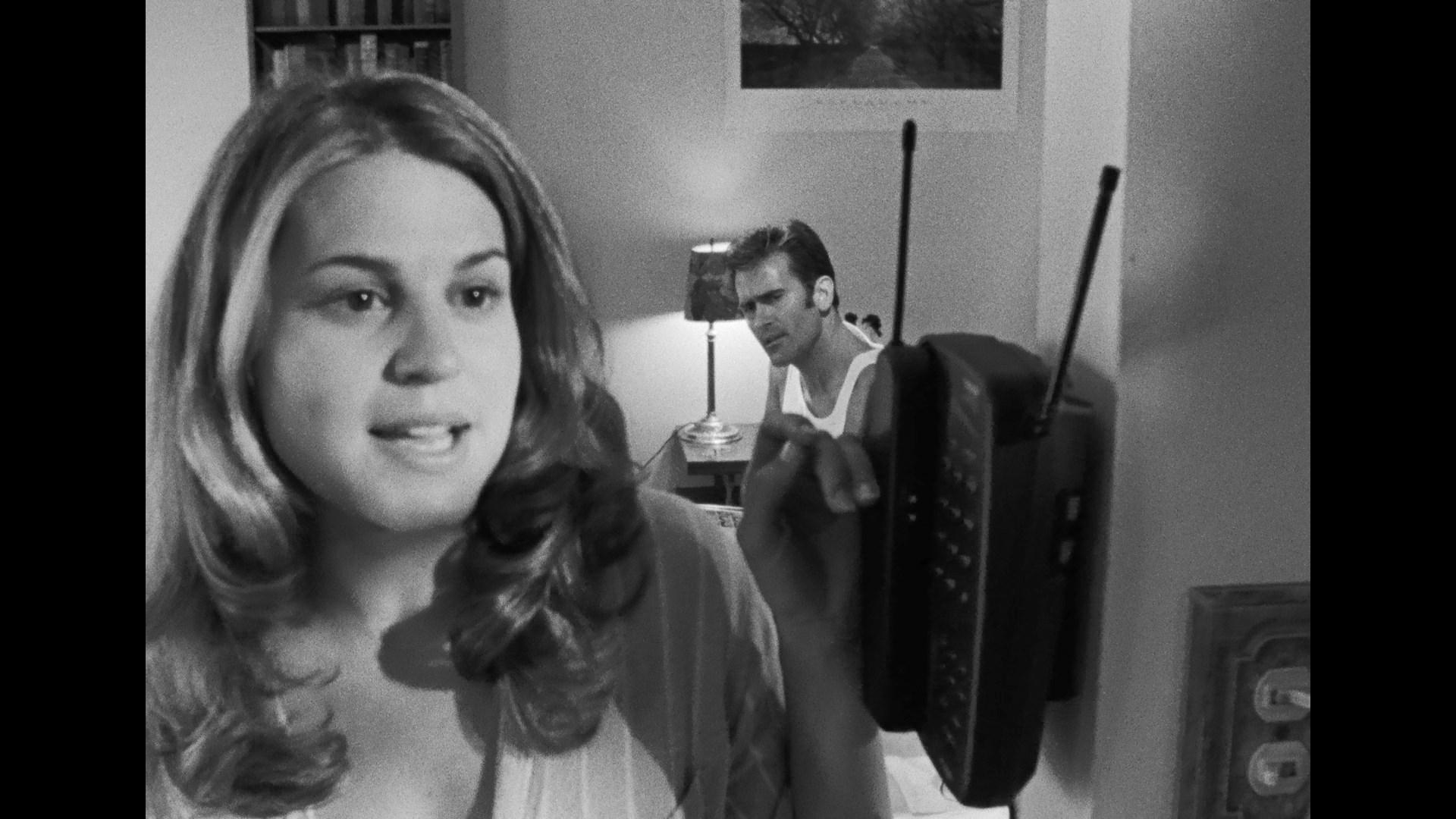 The film then went into a long hiatus before reemerging on Blu-ray in 2021 from Synapse Films (with a simultaneous DVD edition), sporting what's promoted as a new 2K restoration from the original camera negative and featuring the "original theatrical stereo mix," which was somewhat tweaked for the 2.0 track heard on the older release. The new transfer improves quite a bit as you'd expect, with the higher resolution delivering finer textures and film grain throughout and generally improving on what was already a pretty solid presentation in the first place. Significant peripheral image info is also added here, which makes some scenes play out a little more comfortably with characters' shoulders and various props no longer scraping the edge of the frame. The commentary and trailer are ported over here, but you also get a new Campbell interview, "Run and Gun with Bruce Campbell" (20m27s), which features him reminiscing about his friendship with Becker going back to junior high school, their early career paths, jumping into this right after McHale's Navy while looking for a challenge, and enjoying the brisk ten-day shoot despite a bevy of technical challenges. Also included is a 1997 Q&A with Becker and Campbell (19m32s) from the Freaky Film Festival premiere at the University of Illinois at Urbana-Champaign (which had to improvise when the intended print didn't make it in time), with both of them in very funny form as they answer a number of student questions about the shooting process, their other projects (with Campbell about the shoot some Hercules episodes), and the Detroit film community that put them on the map along with Sam Raimi. 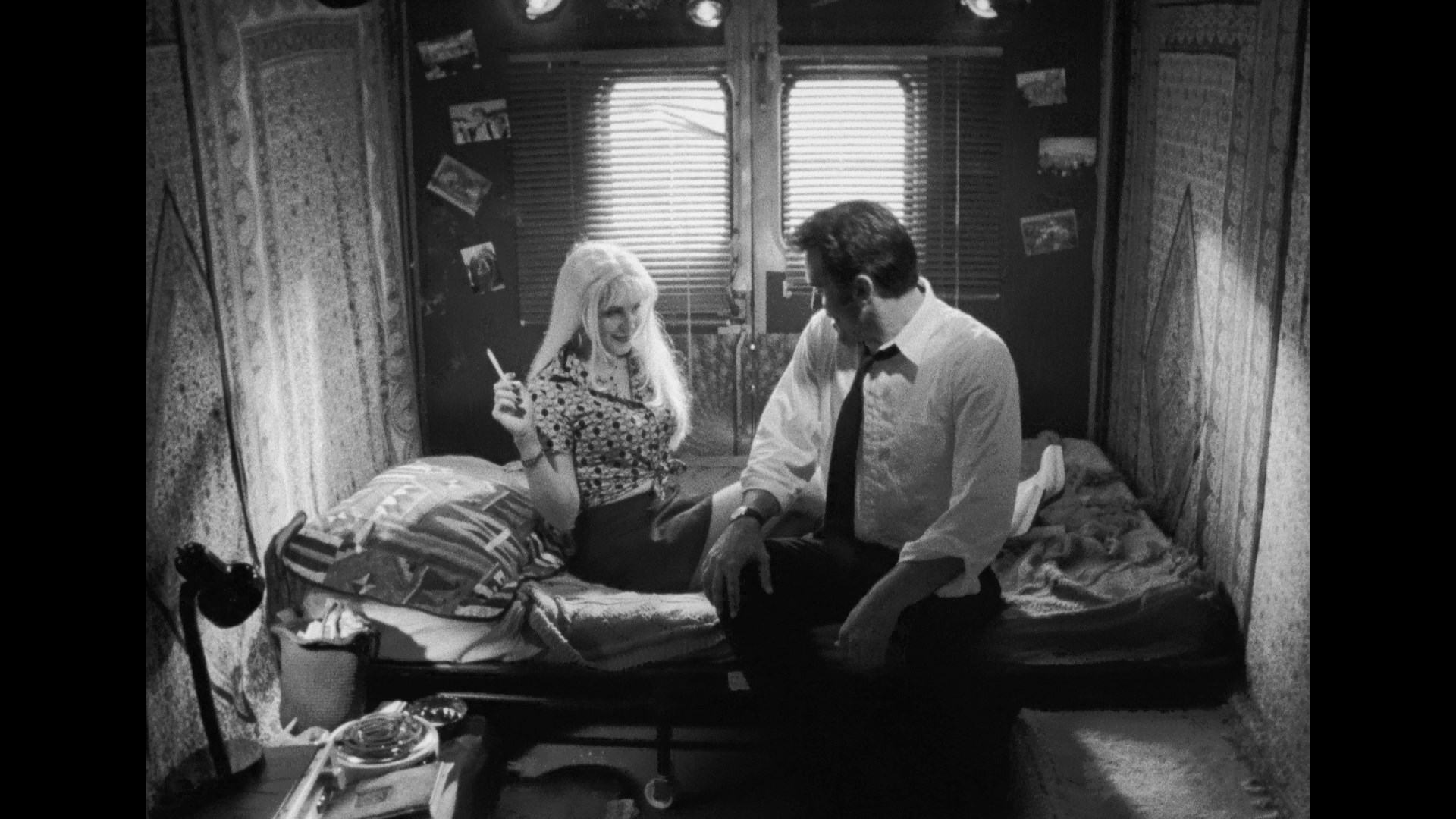 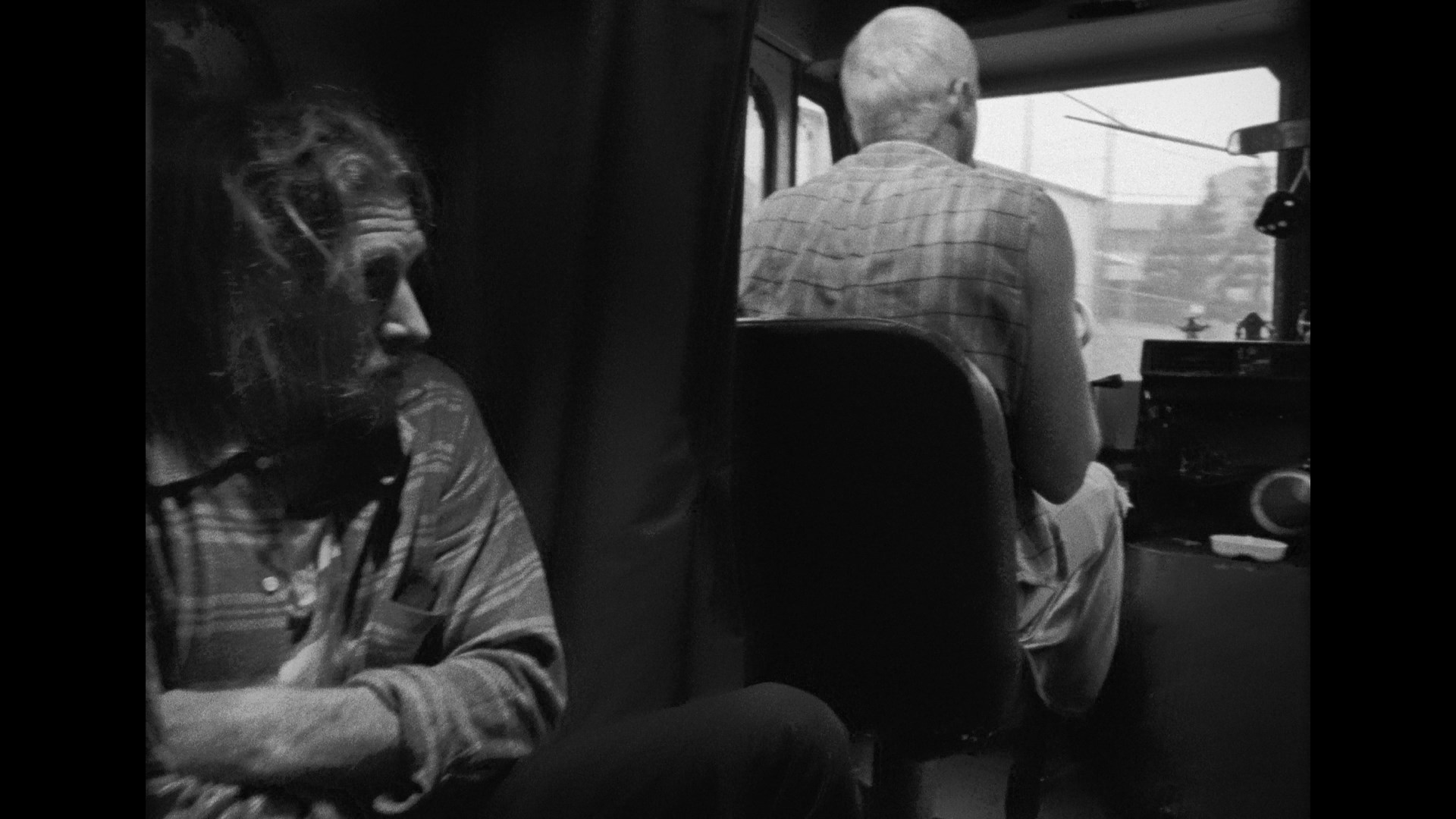 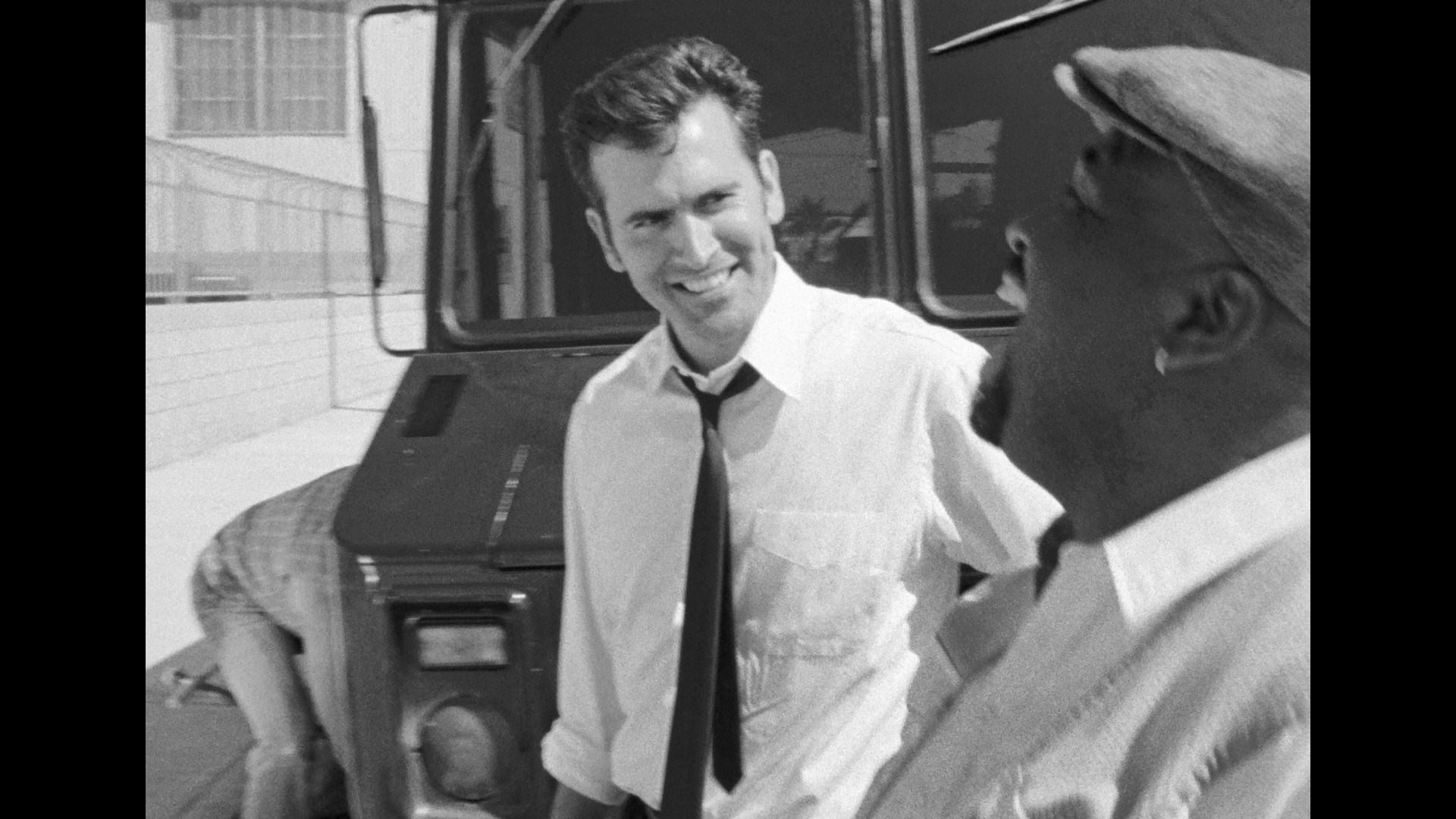 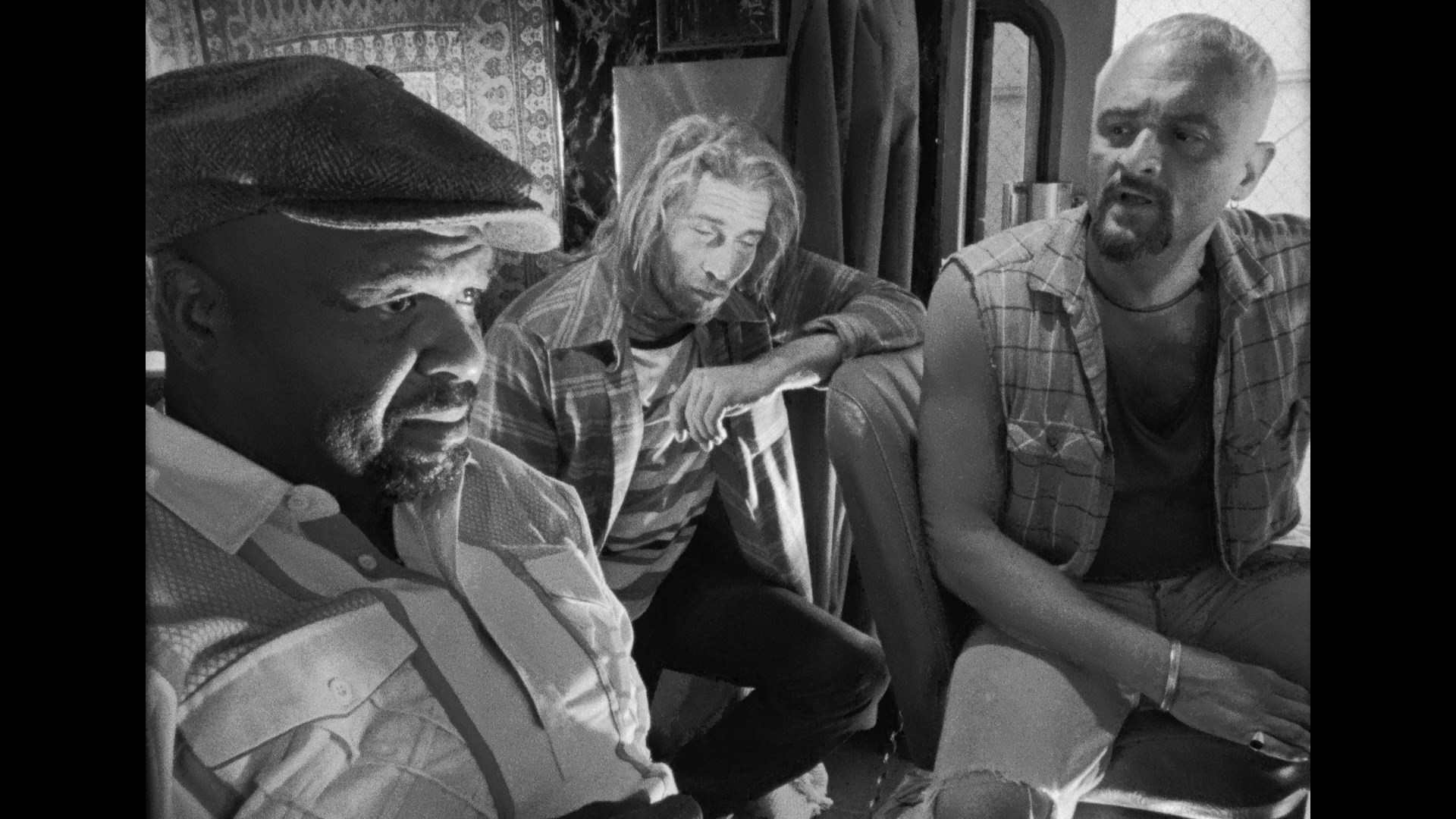 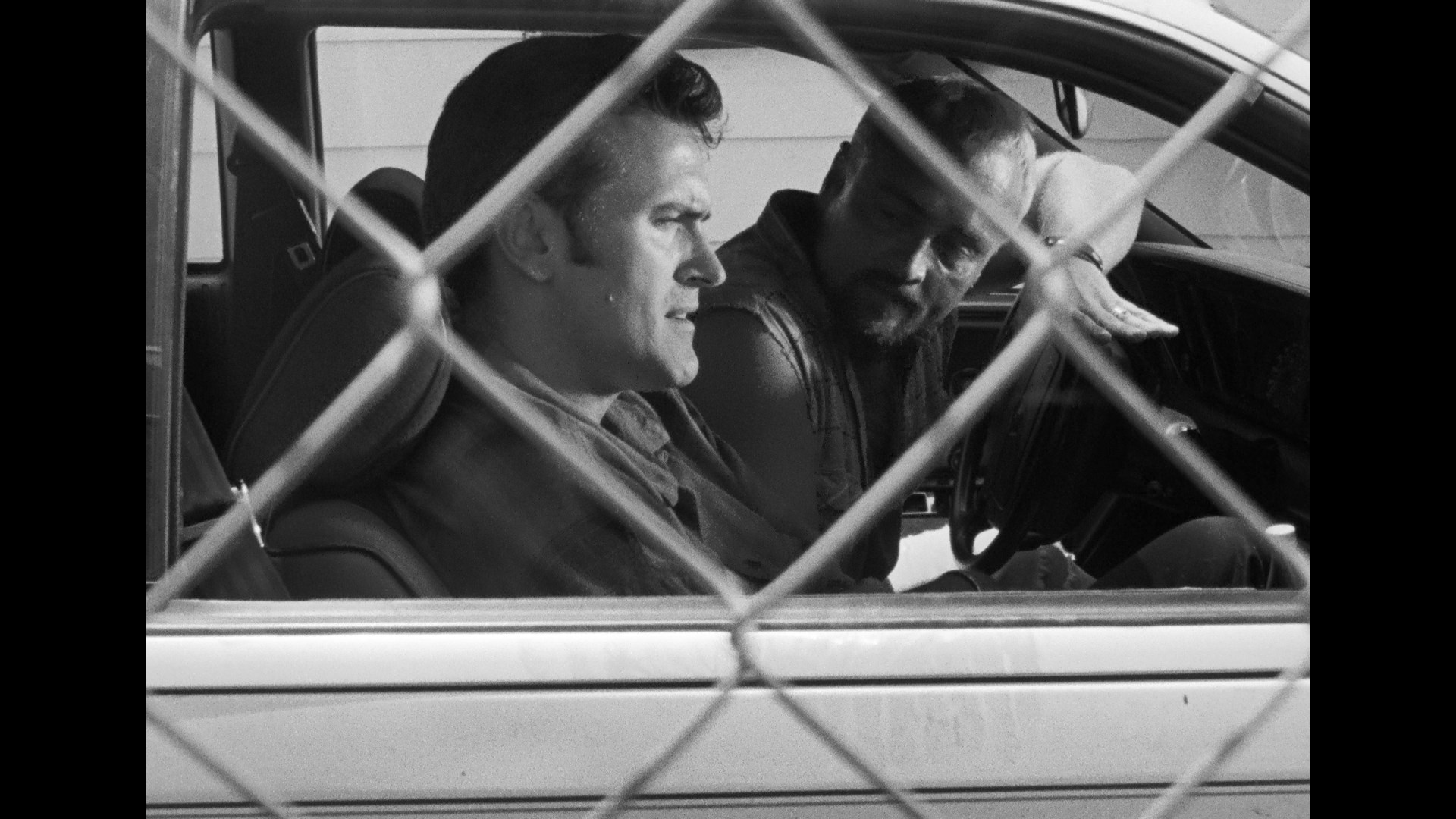 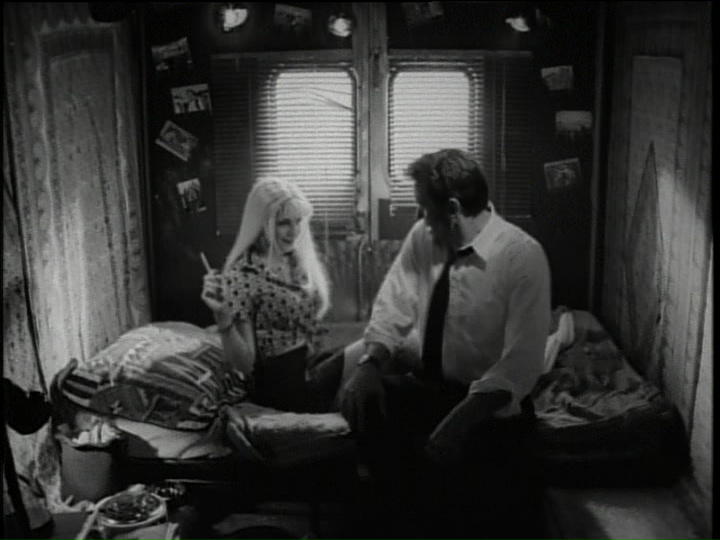 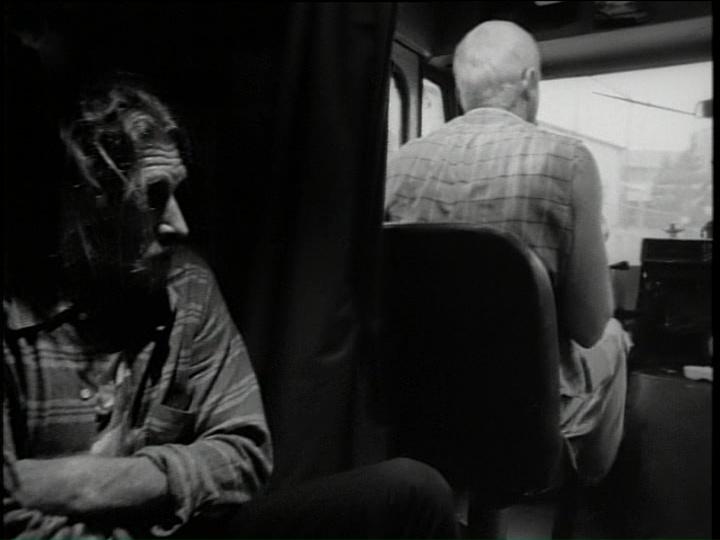 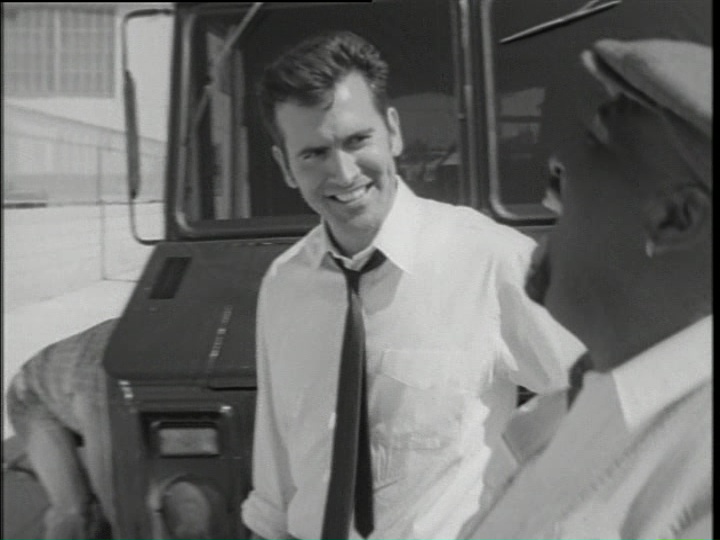 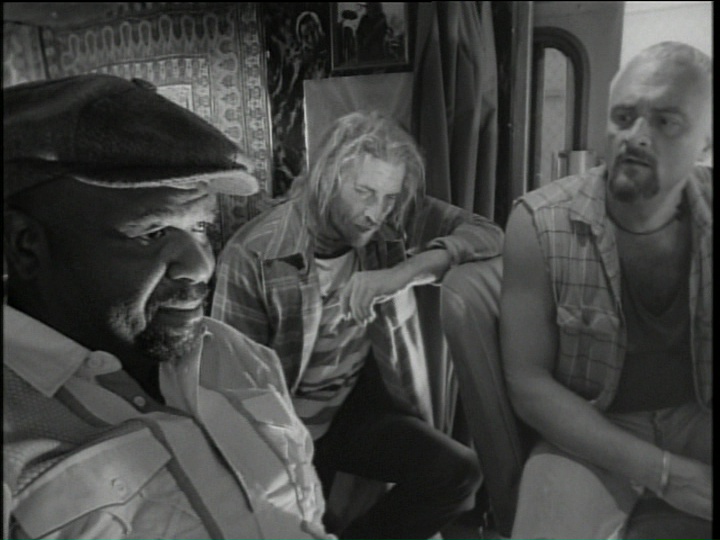 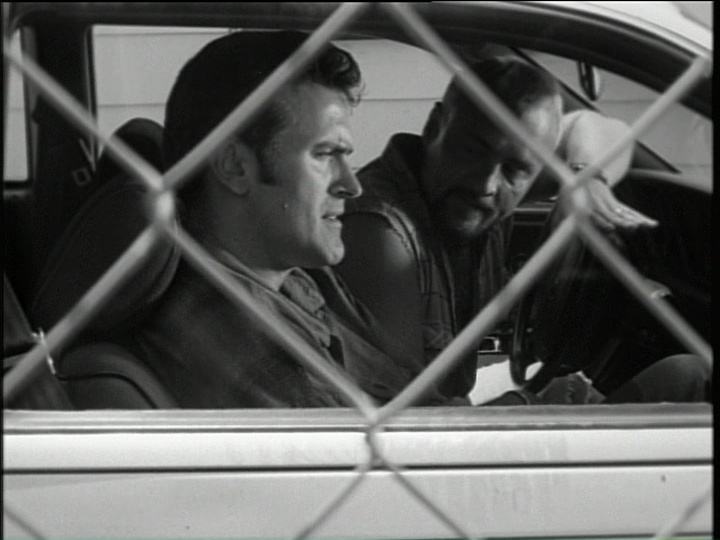