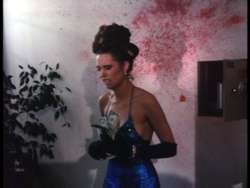 A latecomer to the grindhouse game near the end of the 80s, this ode to the wonderfully sleazy cesspool known as 42nd Street is most valuable now as a snapshot of this extinct terrain before its consumerist overhaul courtesy at the hands of Disney. The first twenty minutes is essentially a loving portrait of the area as the camera lingers on trash cinema marquees and hookers who physically assault potential johns who dont want to pony up enough cash. The events are held together by our protagonist, military vet Glen Barnes (Hayden), who returns to his old stomping grounds fresh from the slammer. His plans to open up an ambitious strip club/gambling joint called The Garage dont sit well with vice baron Farrell (Speero) across the street, who senses competition against his own den of inequity. Their duel comes to a head opening night when Farrell takes drastic, violent action against his rival, which kicks off the uprising of the title with a brawl erupting out in the streets. 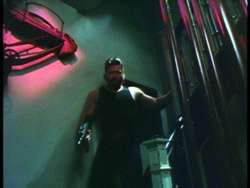 Though it received a nominal VHS release in Asia, this film has been a film far more known by hearsay than actual viewing experience thanks to a mysterious lack of distribution in all major English-speaking territories. Perhaps this can be attributed to lousy timing, as the theatrical demand for films like this suddenly bottomed out with greater studio control over movie screens as well as a tighter grasp on the video rental market. Of course, the fact that the film is technically inept and features zonked-out performances probably didnt help, but the avalanche of sleaze on display (including the very violent finale) should have ensured at least some 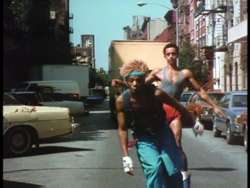 Given the extreme rarity of this film before its DVD release courtesy of Media Blasters, most viewers shouldnt be surprised that this appears to be derived from the existing 80s video master (i.e., the one they used to create the VHS version but looking a bit better here). Its doubtful whether any film elements even exist on this thing anymore. In any case, for what its worth, the presentation is very dated and underwhelming but somehow appropriate given the film itself. Unfortunately the major players arent around here to offer any insight, but you do get an amusing short piece on comedian Zerock (who has a small role in the film), a brief Death of the Deuce piece comparing the locations then and now, a hidden Easter Egg, and trailers for pretty much every Media Blasters grindhouse-related title (23 in all) including Love Me Deadly, Bad Girls Dormitory, Burial Ground, and many, many more.