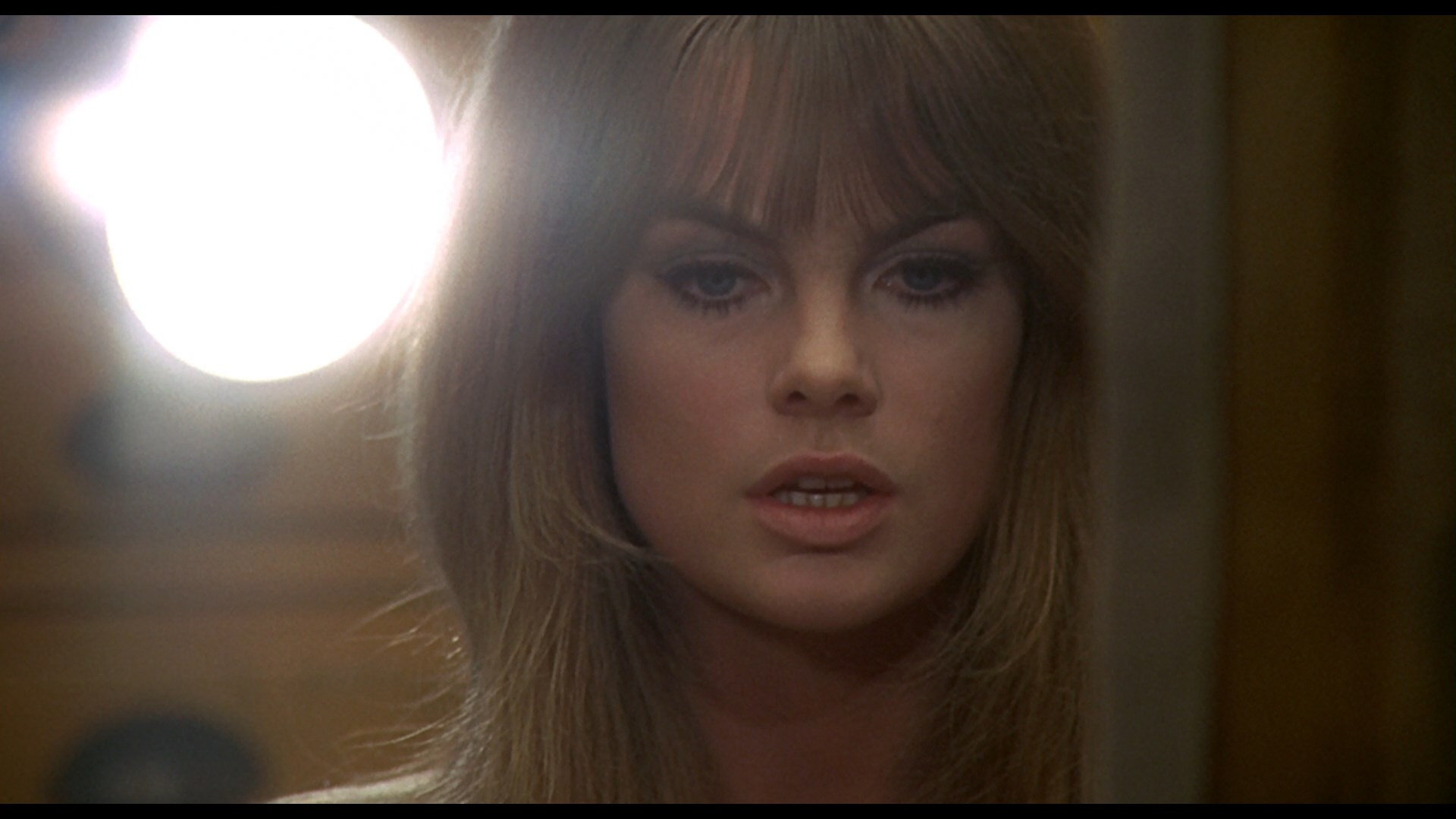 Possibly the best 1960s film most people haven't seen, Peter Watkins' Privilege was the first feature film from the controversial director of The War Game, the infamous banned TV post-nuke "documentary." With this film, Watkins turned his eye to a story of Britain "in the near future" where a pop idol, Steven Shorter (Jones, former lead singer of Manfred Mann), holds a powerful sway over the population thanks to his elaborate stage shows which feature him hauled out of a burlap prisoner's sack and into a cell where stage police beat him savagely while he sings songs pleading for freedom. Naturally, the teenagers eat it all up, much to the delight of his hyper-efficient PR team which has managed to turn his persona into a massive commercial industry manipulated by both church and single-party state. The game starts to change when pretty painter Vanessa (real-life supermodel Shrimpton) is brought in to create his portrait only to fall in love with the battered, bruised, manufactured idol, whose misery mounts when his handlers make him the centerpiece of a nocturnal festival honoring a country-wide Christianity week meant to covert over all of his susceptible young fans. 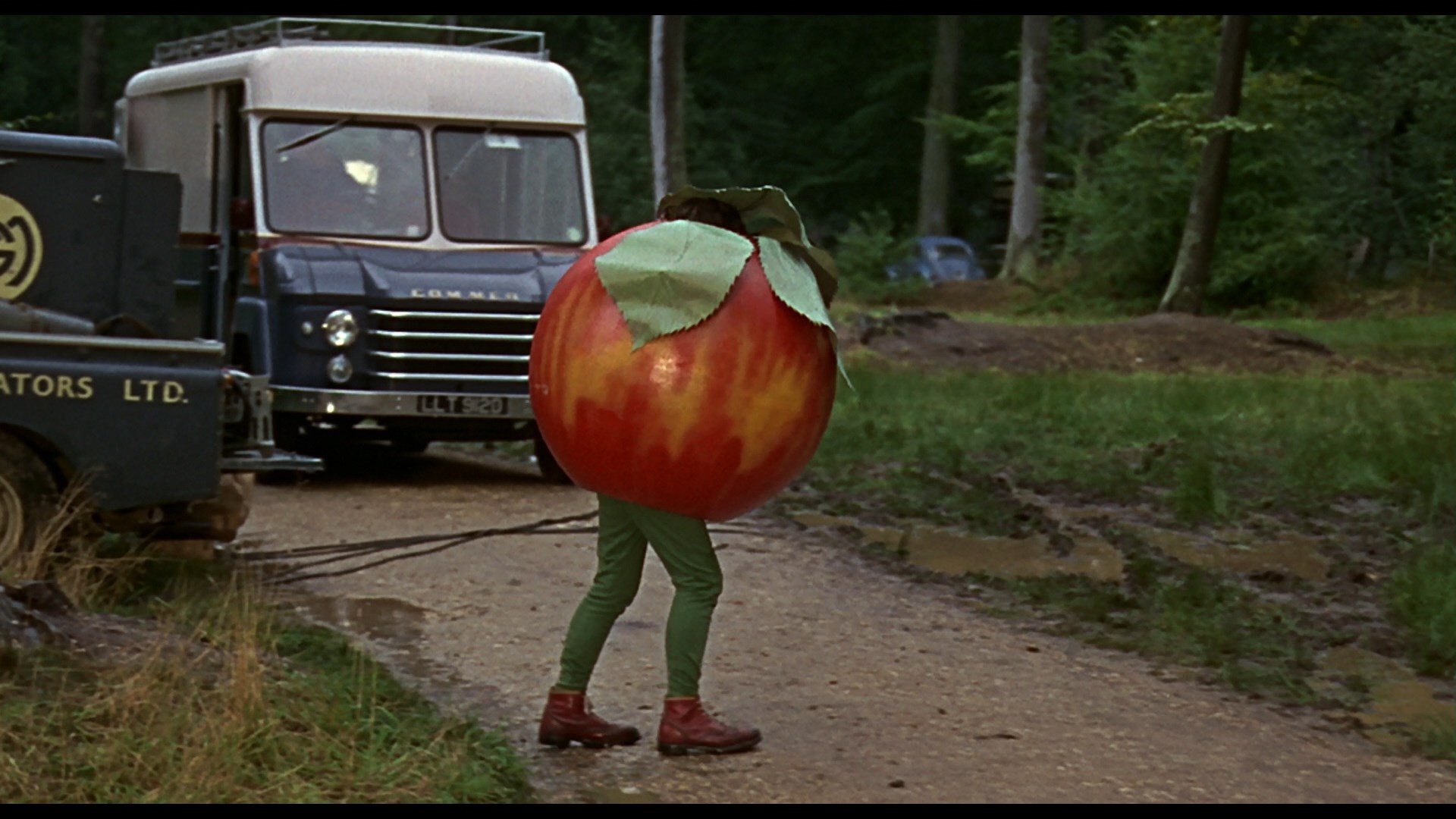 As with Watkins' other films, Privilege is almost queasily prescient as it looks forward to the media's use of corporate-owned celebrities to push specific political and religious agendas, an aspect many critics at the time found far-fetched. Now that pop culture has been swamped with the bizarre sexualized/conservative mutations of "performers" like Miley Cyrus, the Jonas Brothers, Britney Spears, and dozens of Disney-stamped clones, the music doesn't even matter at all; as Privilege proved, it's all about keeping young little consumers in line. Watkins constructs the film as a narrated documentary (which creates a wonderful hall-of-mirrors effect for a story taking place in the future) but also unleashes a number of unforgettable, stylish set pieces, with Shorter's major performances being the standouts along with some hilariously biting television commercials. The two non-actor leads deliver appropriately low-key and sometimes awkward performances which actually work in the film's favor, and surprisingly, the soundtrack features plenty of standout pop tracks that could have been real hit singles with a bit more of a label push. In fact, if there's one quibble with the film, it's the omission of Jones' title song, one of the finest things he ever recorded, which kicks off the soundtrack LP but appears nowhere in the feature itself. Strangely enough, Jones eventually went on to become a born-again entertainer at the urging of Cliff Richard, which adds yet another layer of meaning to a film already operating on many, many levels at once. 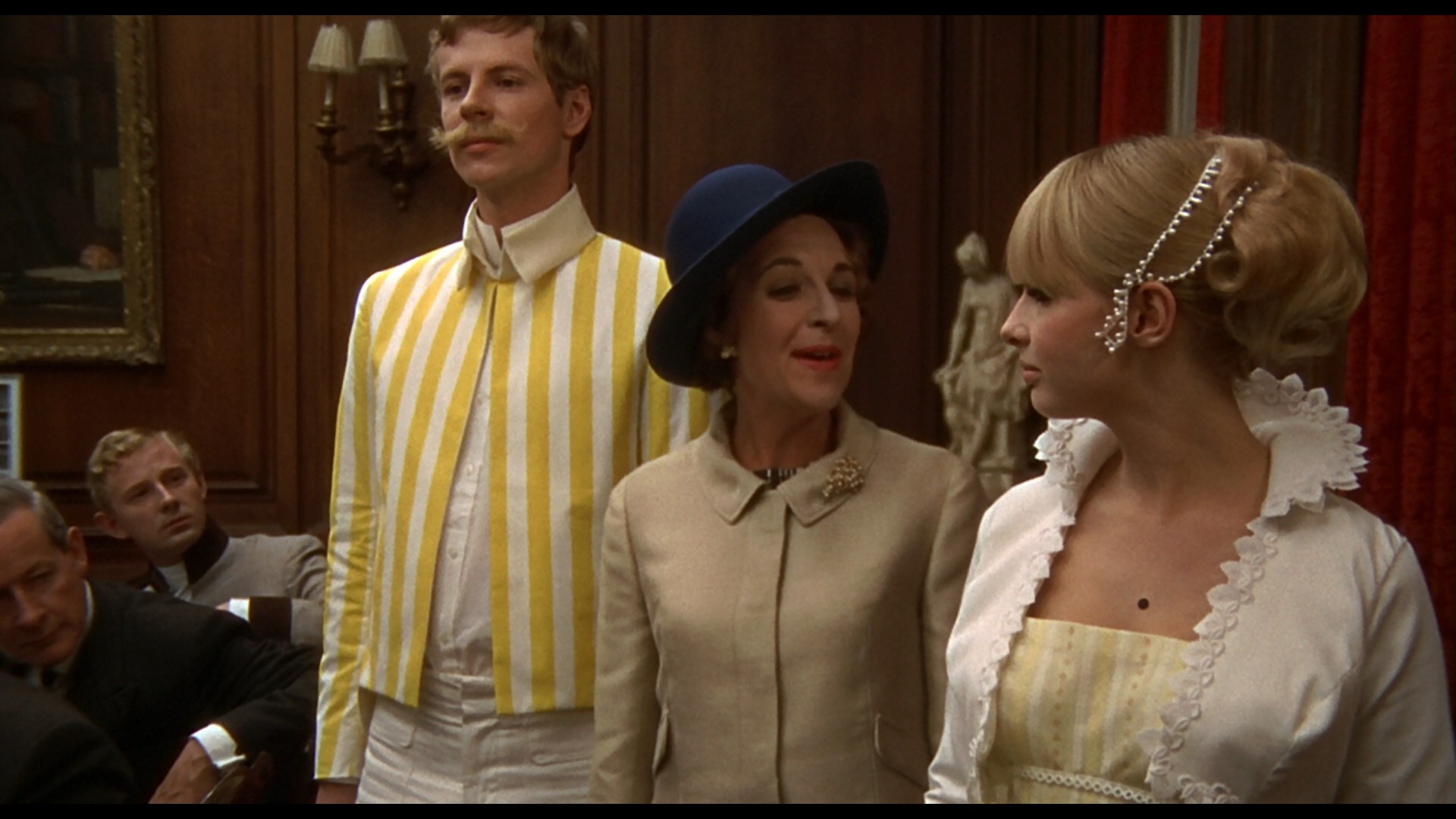 Whether due to its indifferent box office reception or potentially incendiary subject matter, Privilege became extremely difficult to see with Universal essentially letting it gather dust in the vault for decades along with many of the studio's other forgotten gems of the same period like Games. Nevertheless, the film's influence and cult following continued to grow over the years, particularly as subsequent musicals displayed unmistakable nods to this film such as the following year's Wild in the Streets (basically a simplified remake) and even Ken Russell's Tommy. Of course, one could argue that the real germ of this idea began in 1957 with the classic A Face in the Crowd, but that film's unlikely "happy" resolution makes it pale next to this film's far more ambiguous, haunting conclusion.

With the DVD market unleashing many of Watkins' films to widespread praise, it was just a matter of time before Privilege finally appeared on home video after the studio struck a new print for retrospective screenings. In America the rights were licensed to Project X and distributed through the now-defunct New Yorker Films whose HD-sourced release looks excellent (albeit interlaced) and features some solid extras including "Lonely Boy," a half-hour 1962 documentary about Paul Anka that Watkins referred to heavily in the creation of his screenplay. Other extras include the theatrical trailer, a poster gallery, and a thick booklet containing a fascinating Watkins "self-interview" (shades of David Byrne) and two additional essays about the film.

Released about a year and a half afterwards, Privilege arrived on video in its native country courtesy of the BFI who released it as part of their Flipside series (though given the film's excellence and importance, it could have easily qualified as a standard release from them as well). Released a few months before the Blu-Ray, the DVD transfer appears to be from the same HD source but this one is flagged for progressive scan (unlike the interlaced US disc) with a bit of additional cleanup removing some dirt and debris, and the extras apart from the same trailer are completely different. The subsequent Blu-Ray is even more of a stunner, perfectly replicating the look of Universal's freshly struck prints; some very minor light edges in the film processing around some building shots could be mistaken for edge enhancement, but these inherent oddities are present in the big screen version as well. The BFI version includes two excellent Watkins short films, 1959's "The Diary of an Unknown Soldier" (a 17-minute portrait of a WWI fighter preparing to charge into the fray) and 1961's "The Forgotten Faces," an 18-minute look at a major Hungarian public revolt. Both feature glimpses of the genius soon to come with Watkins' first two features and make for an invaluable accompaniment to the main program. Finally the UK release contains a different, 28-page booklet featuring essays by film historian Robert Murphy and Watkins expert John Cook, a Watkins overview by William Fowler, a Paul Jones bio by the BFI's Vic Pratt, and a nice smattering of behind-the-scenes photos. For technical quality and overall value the BFI version is definitely the best first choice in either format.