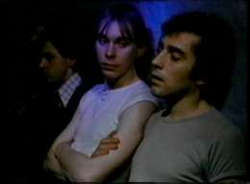 Bearing no relation whatsoever to the Sylvester Stallone action film of the same name, this groundbreaking, atmospheric slice of life is generally regarded as the first realistic British film to deal with gay life in the 1970s. While 1961s excellent thriller Victim played a large part in bringing down the UKs criminalization of homosexuality, the subject itself had largely become the domain of blackly comic farces (Entertaining Mr. Sloane) or experimental exercises in surrealism (early Derek Jarman, especially Sebastian). 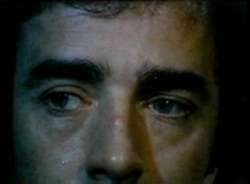 Though its importance might seem muted today, Nighthawks was startling at the time as a state of the union snapshot for gay culture, showing the status quo and making a jolting third-act argument for progress yet to be made. Lensed under the auspices of the British Film Institute, Ron Pecks film is also bathed in an eerie, nocturnal ambience scored with hypnotic electronic music, including a haunting sequence which hones in on the male leads eyes for several minutes as he stands in a club. This character is Jack (Flash Gordons Robertson), a schoolteacher forced to hide his sexuality at work who goes out on a few façade-building dates with women while in fact going from one frustrating male encounter to another. His frustration builds until he finally unloads his feelings in the classroom, paving way to an ambiguous conclusion.

Skillfully avoiding the pitfalls of Hollywood films on the same subject which tend to drown in preachiness (the wildly overrated Philadelphia) or camp (Staircase), Pecks film was surprisingly marketed as a commercial venture instead of a fringe art house release and has actually dated rather well. The simple denim-oriented 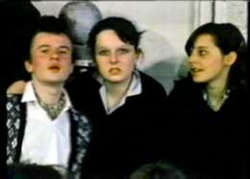 fashions are a smart choice (often mirrored in the heavy waves of blue light suffusing most of the major scenes), and Robertson holds his own as the lead through a string of difficult dramatic scenes. The film proved influential enough to inspire a whole wave of 80s indie films around the world (including a virtual but more explicit remake, Taxi Zum Klo, and the realistic AIDS-era efforts like Parting Glances), even if the careers of everyone involved didnt receive much of a boost from this film.

However, Peck did eventually return to the same territory thirteen years later with an unusual sequel, Strip Jack Naked, a sort of video confessional mixed with a making-of about Nighthawks (including outtakes and press snippets). Shot and edited on standard def video, its a compelling snapshot of British gay life from the 70s to the 90s even if its wholly reliant on seeing the first film to make any sense out of the proceedings.

Both films circulated on home video on VHS and DVD 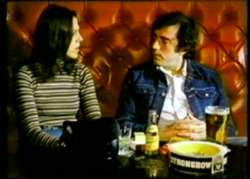 in a variety of guises, but the only really satisfactory one comes directly from the BFI, who retransferred the first film directly from the original 16mm negative for DVD and Blu-Ray. The results are surprisingly rich and vibrant, leaping ahead of past transfers by leaps and bounds while maintaining the grain and grit of the original photography. The nightclub scenes which were murky and muted on past editions are now pulsating and crisply detailed, and the dialogue is much sharper and easier to understand. Strip Jack Naked is still standard def in both BFI editions given the nature of the source, but thats as it should be.

While Peck doesnt appear on the release himself, the BFI archives have unleashed a nice assortment of his short films including Its Ugly Head, On Allotments, Edward Hopper (a snapshot of the famous artist), the amusing political jab of What Can I Do with a Male Nude?, The Last Biscuit, and Pilot  Opening Sequence. Peck, Graham Leggott and Carla Mitchell contribute critical notes and reminiscences to the illustrated 70-page booklet as well; no matter what kind of player you have, this is one of the BFIs most rewarding releases and well worth the investment.