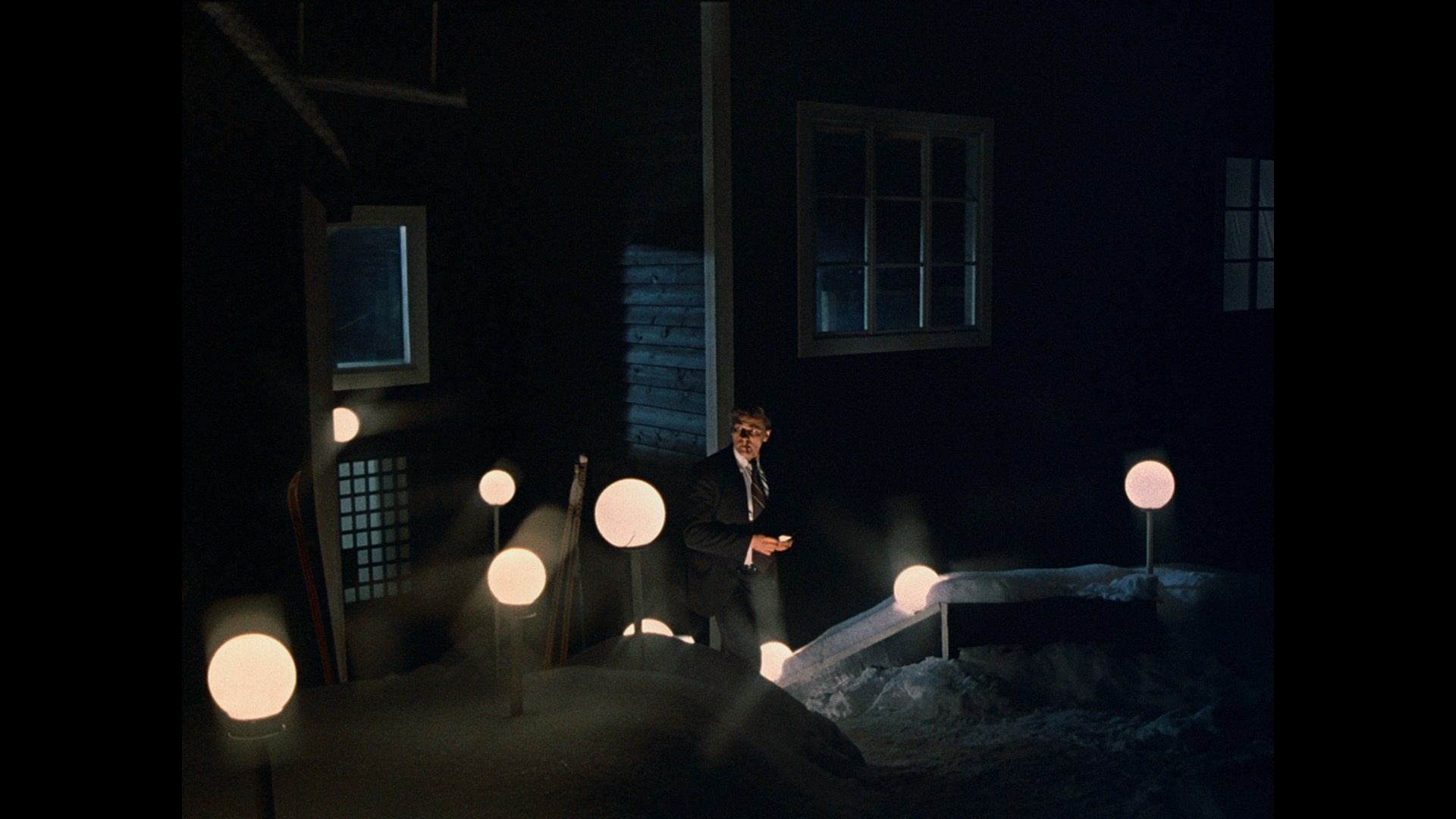 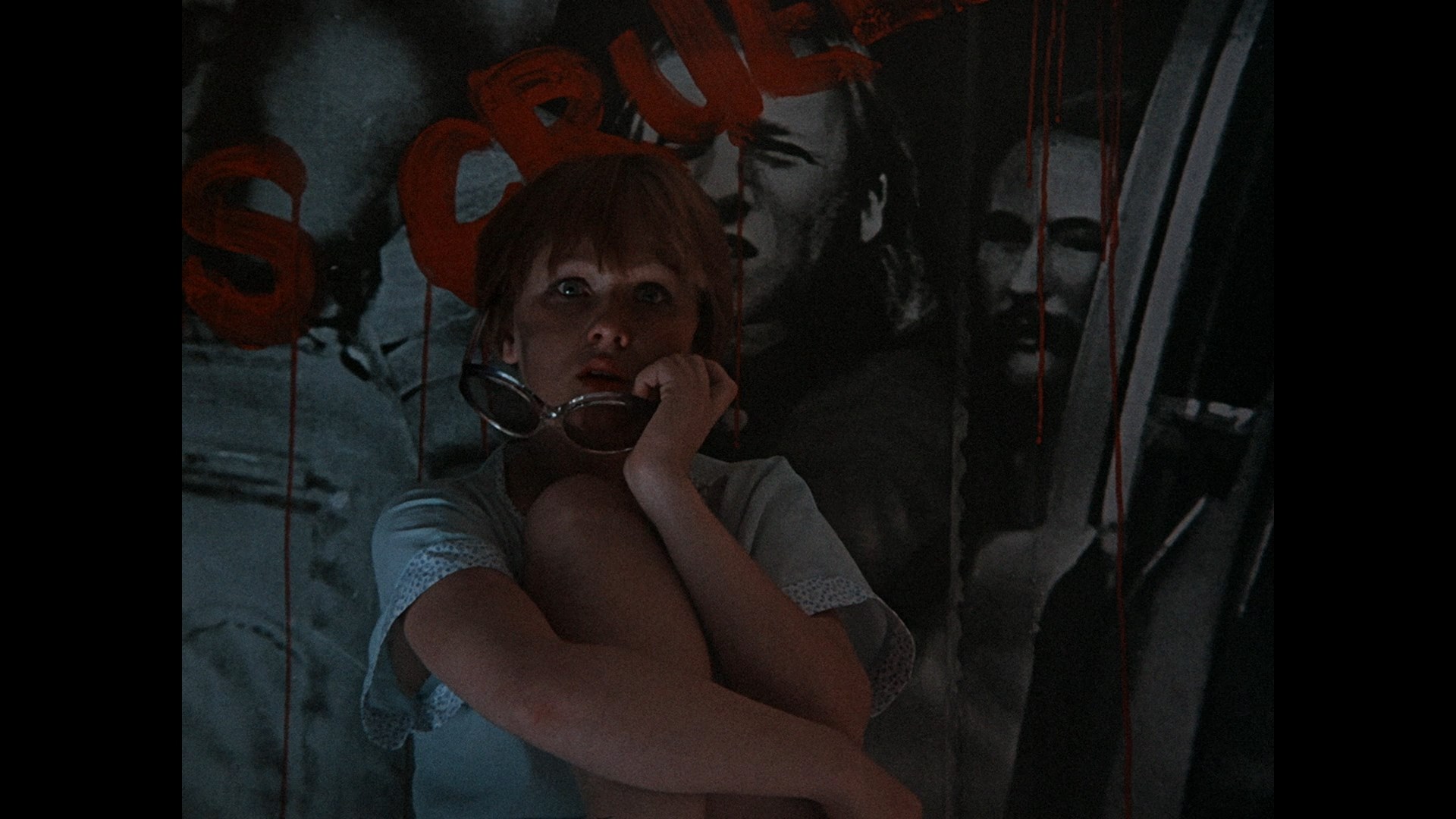 underrepresented on worldwide home video, and few of its entries are more deserving of a potential cult following than Hukkunud Alpinisti' hotell, or Dead Mountaineer's Hotel, a visually staggering murder mystery with a sci-fi twist. Writers Arkady and Boris Strugatsky (who wrote Hard To Be a God and Roadside Picnic, the latter filmed as Stalker) adapted their own novel here, though the aesthetics really grab your attention as much as the script all the way to the incredible synth score by Estonian prog rocker Sven Grünberg, which grabs you within the opening moments of the film and never lets up. The book and film have remained familiar in their native country (even inspiring a video game, believe it or not), but there are probably a lot of people out there who would love to still discover this one if given the chance.

Looking back years after the fact, Inspector Peter Glebsky (Pūcītis) is still haunted by an unnerving experience when he was sent by an anonymous call to the remote Dead Mountaineer's Hotel in the snowy mountains. There he discovers a dark, eerie place with peculiar habitants as well as a neon-lined shrine to the ill-fated 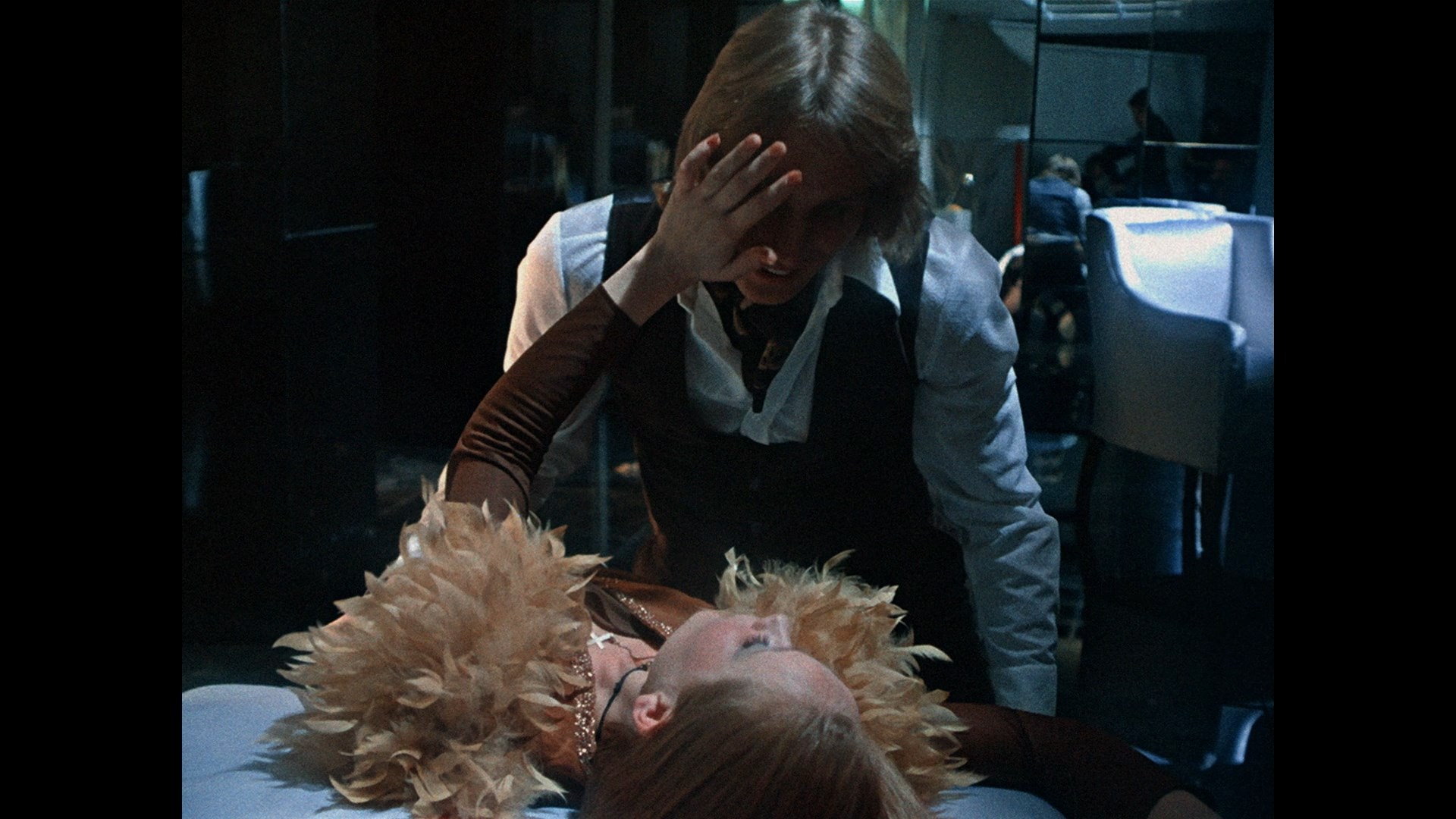 mountain climber who gave the place its name (and whose St. Bernard works as a bag-carrying porter). 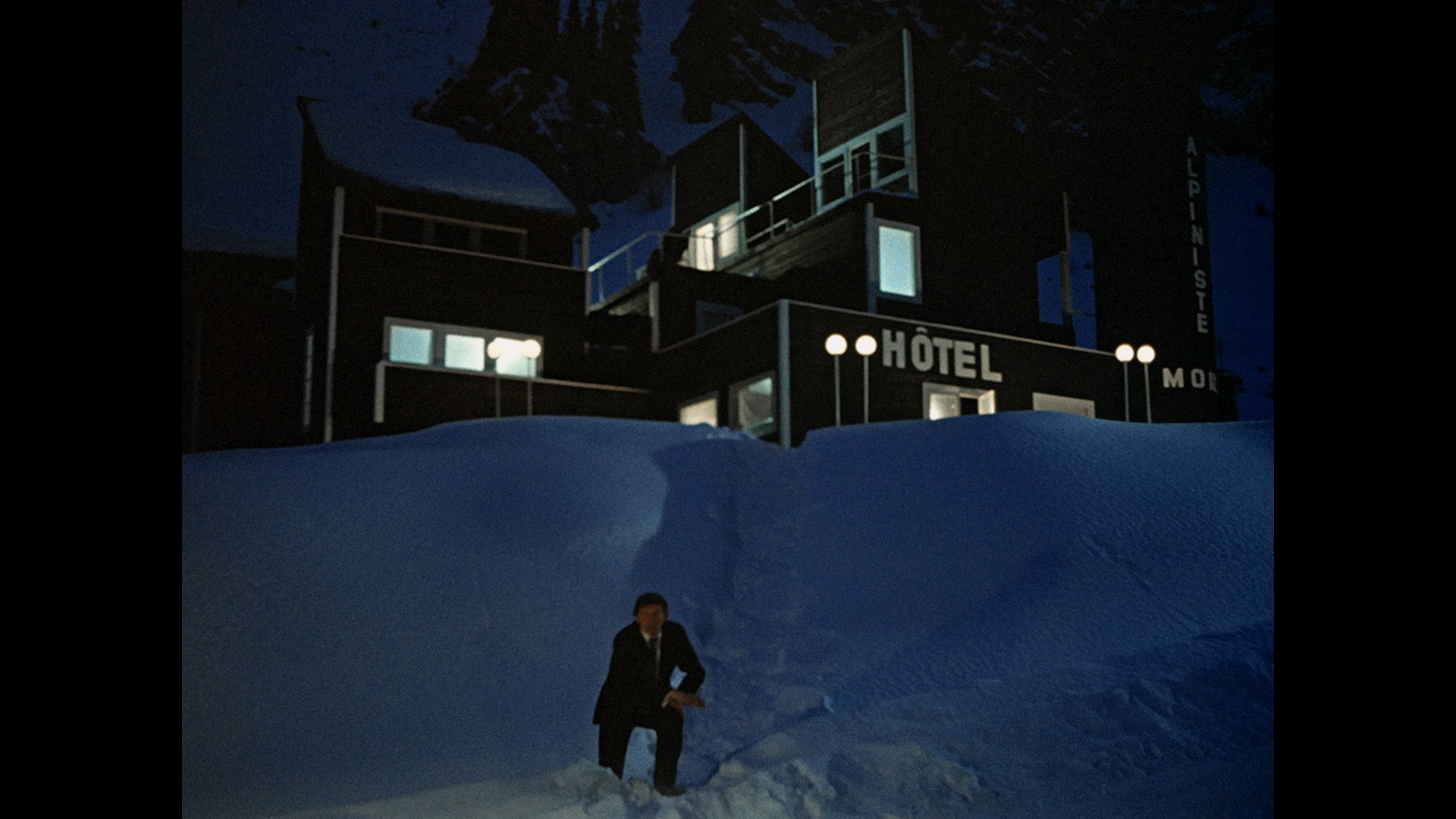 Assured no crime has been committed, he gradually gets to the know the guests who range from fun-seeking skiers to a recuperating tuberculosis sufferer and a jittery physicist who literally climbs the walls. A mysterious note, pansexual seductions, an apparent locked-room murder, and wild dancing are just a few of the diversions when an avalanche ensures that no one will be able to leave until our by-the-book sleuth finds out what's really going on.

Difficult to really describe without spoiling the multiple genre-bending plot turns in the second half, Dead Mountaineer's Hotel is an arresting film as it juggles visuals worthy of the most opulent music videos of the '80s with surprisingly subversive commentary about the treatment of the vulnerable and the inherent cruelty of power structures. Released right after Stalker and featuring the most elaborate set in the country's history, it's the sort of film that really sticks with you and is probably best viewed late at night when its strange, poetic rhythms can work their magic without any resistance. It's easy to draw comparisons to films that came in its wake, most obviously The Shining, The Thing, and Blade Runner, with its visual style pointing the way to filmmakers like David Fincher and Nicolas Winding Refn. However, this is very much unlike anything else out there in its execution.

The first English-friendly release of this film came in 2009 on NTSC DVD from Russia-based label Ruscico, which wasn't selected as one of their numerous 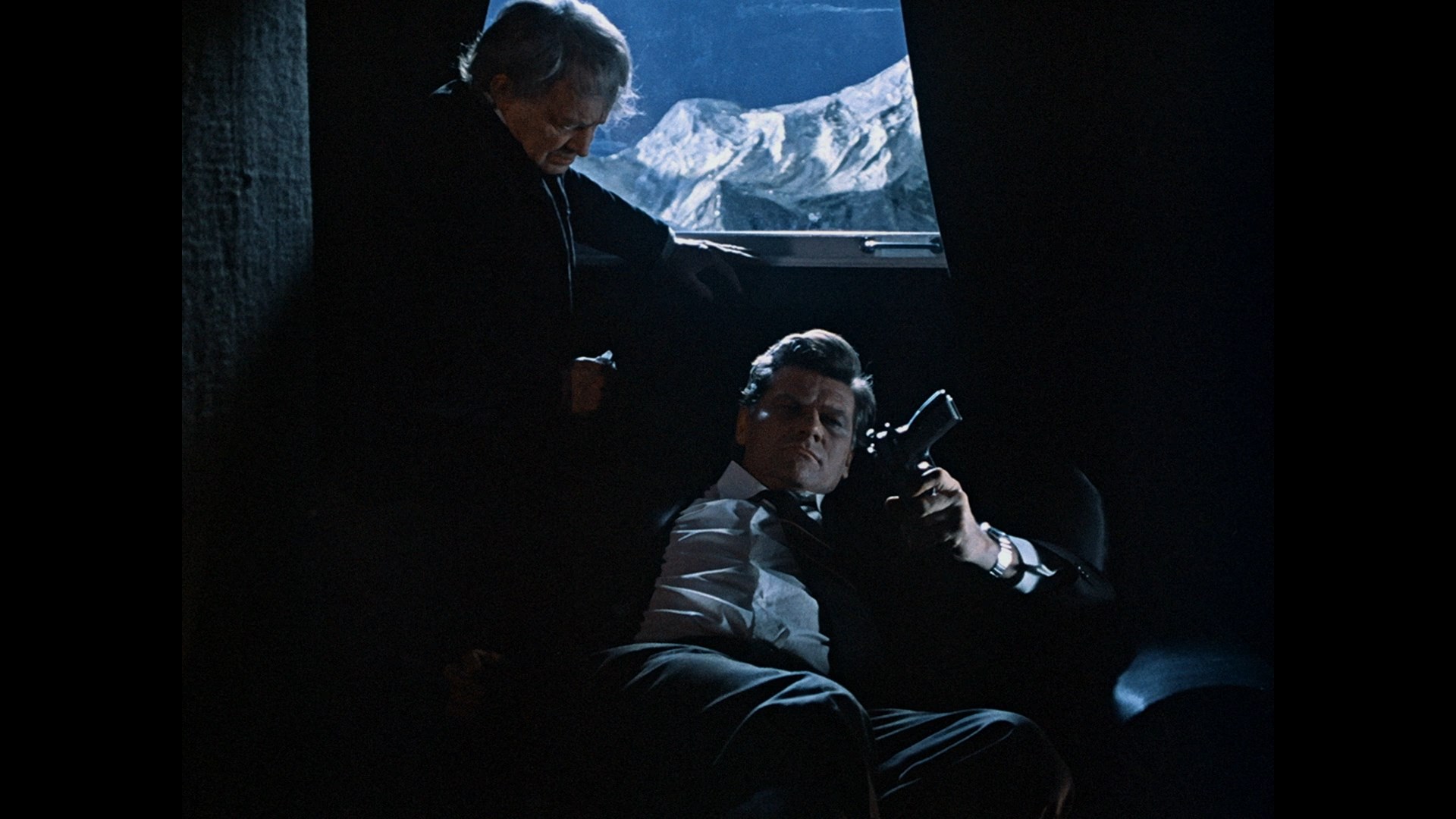 titles imported for the U.S. by Image Entertainment. That disc looked pretty good and featured the Russian-dubbed 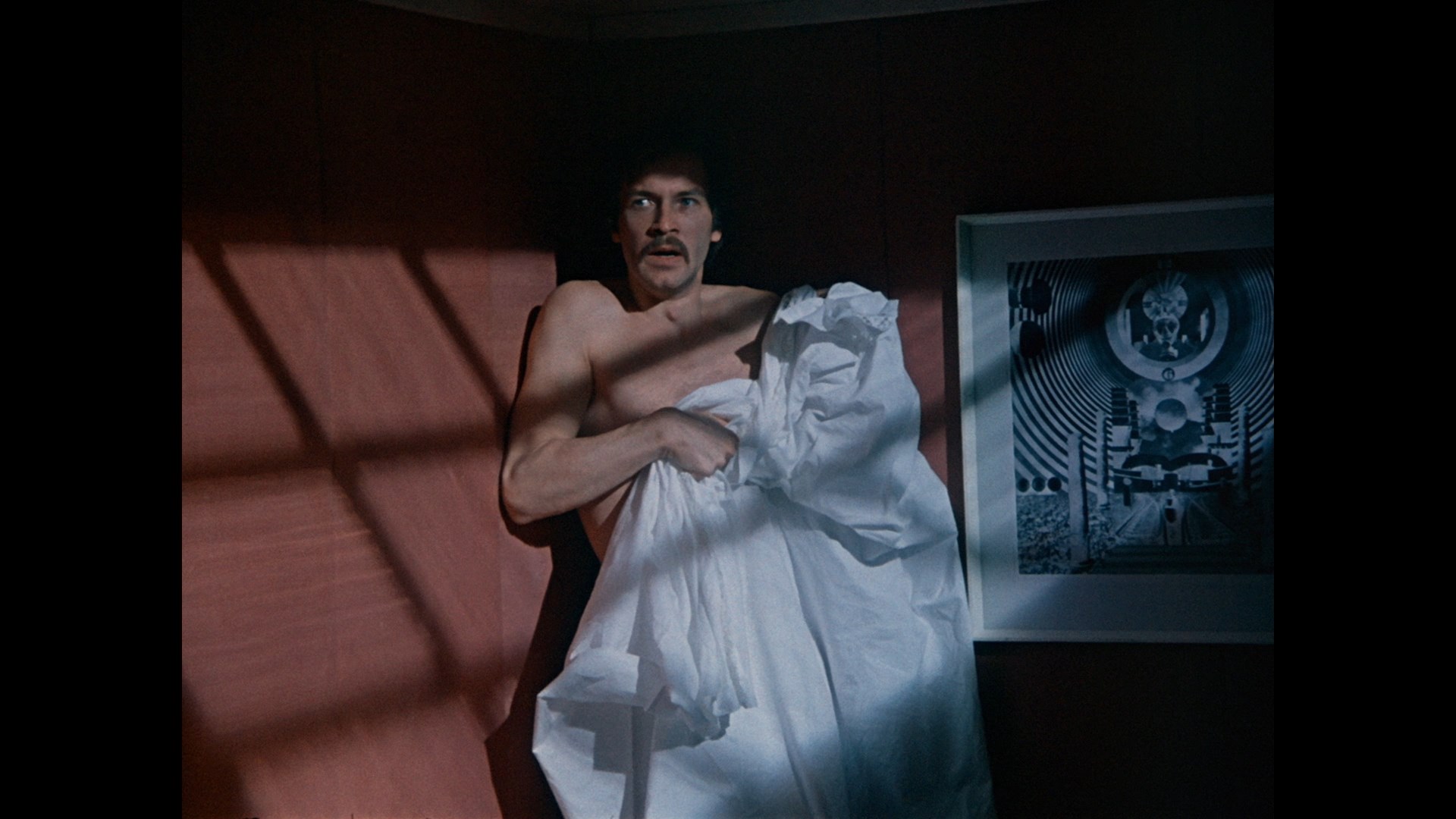 track in 2.0 mono and 5.1 options with a slew of subtitle options including English. No extras were included apart from trailers for other Ruscico releases. In 2002, Camera Obscura brought the film to region-free German Blu-ray following an extensive digital restoration in Estonia, and it looks gorgeous with more detail and consistent color timing than the earlier release. Even better, it features the original Estonian track in a gorgeous 2.0 stereo mix that sounds a lot more organic and dynamic than the Russian one, with optional English and German subtitles provided. (It's worth noting that Latvian lead Pūcītis is dubbed no matter how you see it.) This version also runs a full four minutes longer than the DVD, a nice bonus as well. The main extra here is a 2010 making-of featurette with Grünberg, production designer Tonu Virve, actors Lembit Peterson and Tiit Härm, cinematographer Juri Sillart, set decorator Priit Vaher covering the use of hyperrealism in the film, the disagreements over the artwork seen in the film, the creation of the central set, the location scouting, the reaction of one of the writers, the surprising story behind the final black-and-white scene, and its legacy in its home country. The alternate German-language intro is also included, and the mediabook package comes with a booklet featuring a German-language essay by Chris Schinke. 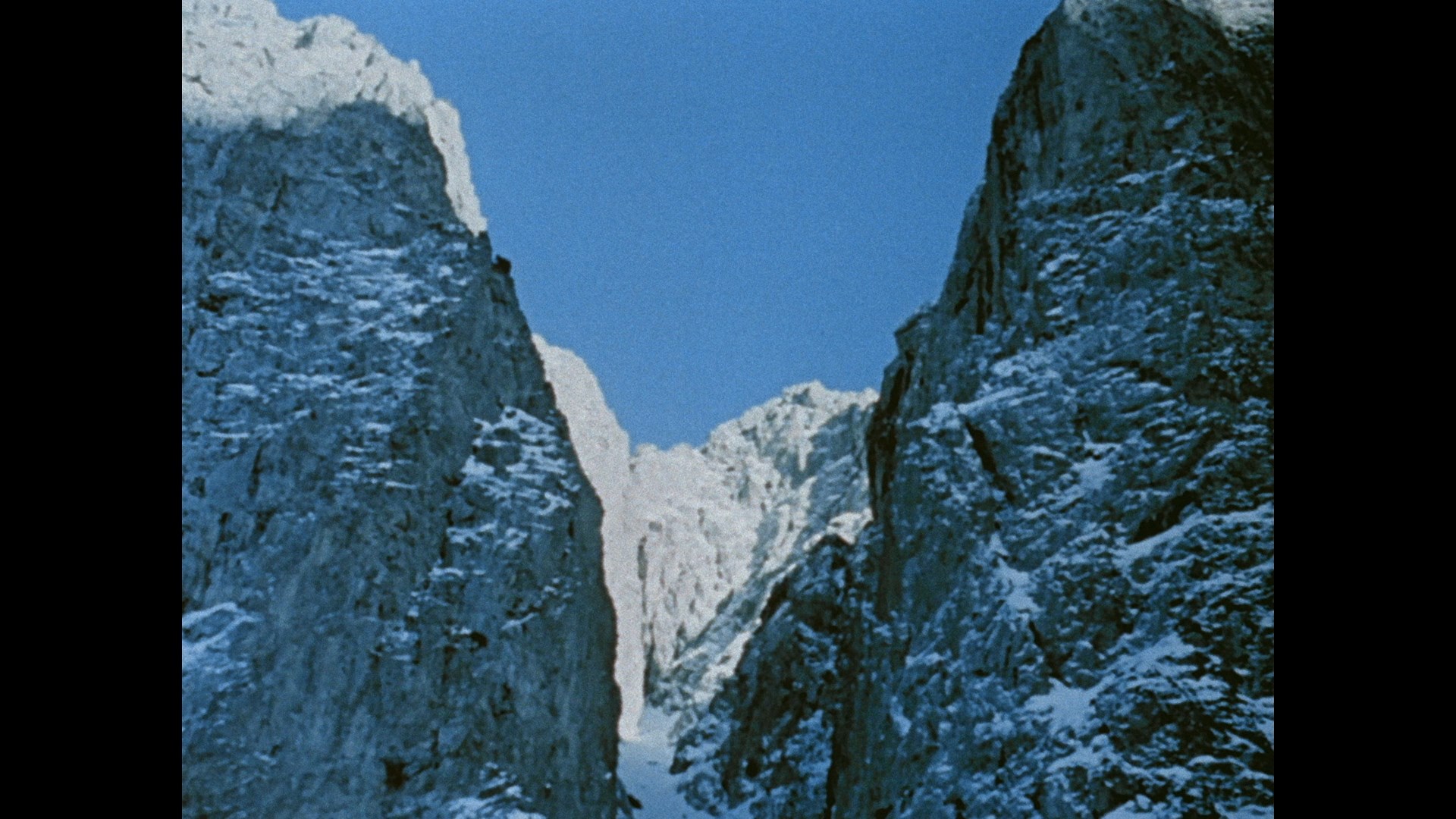 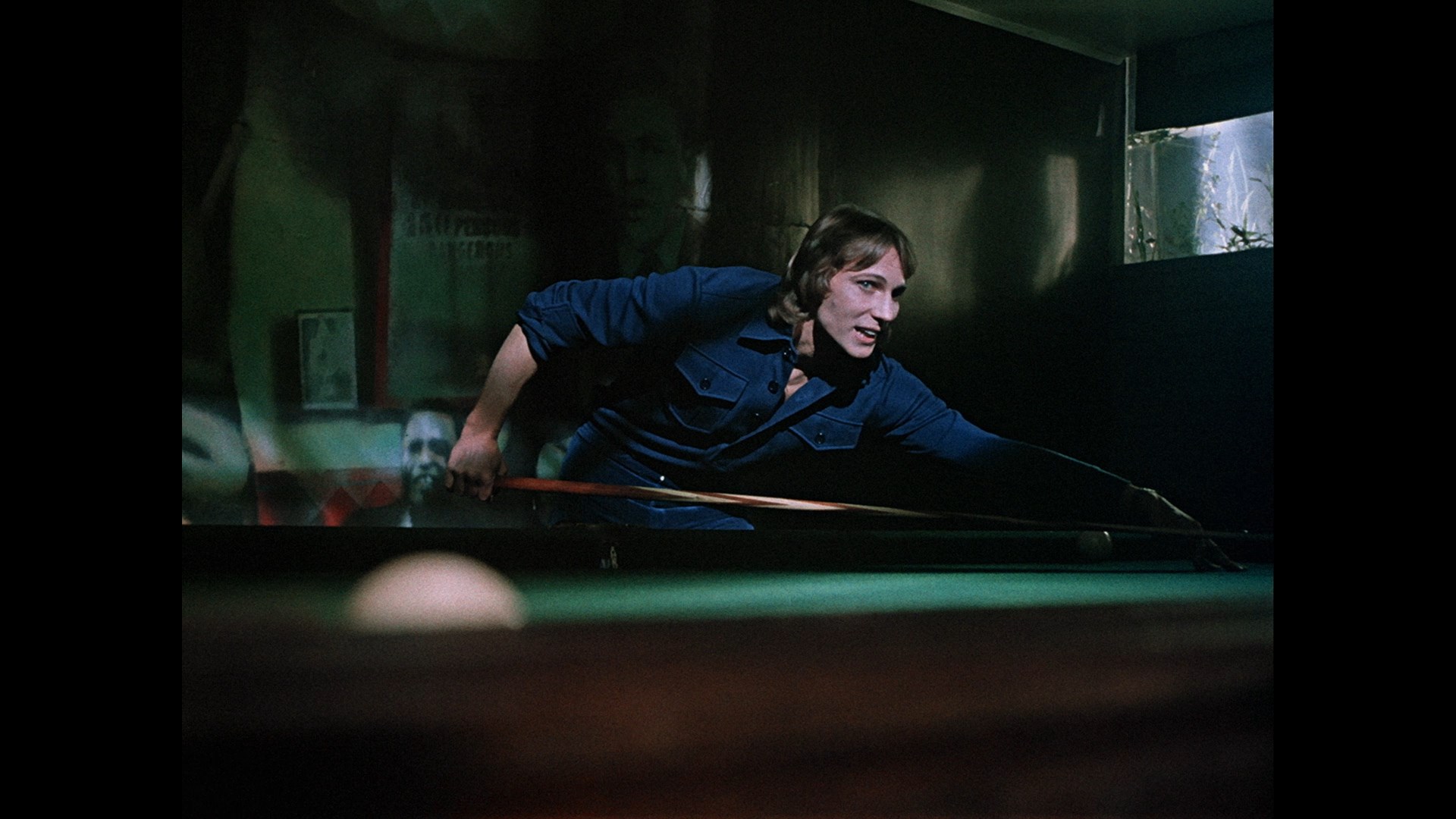 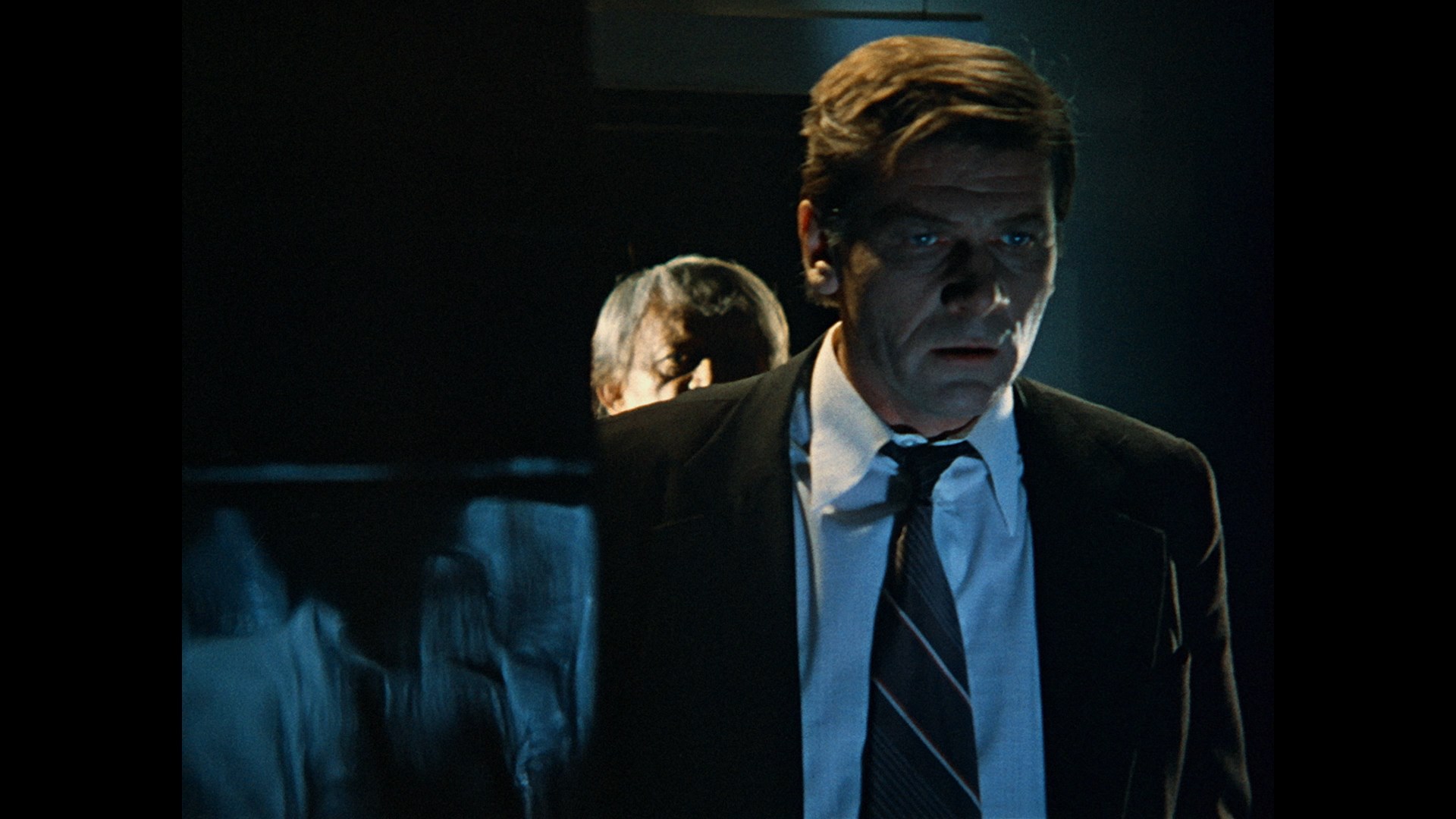 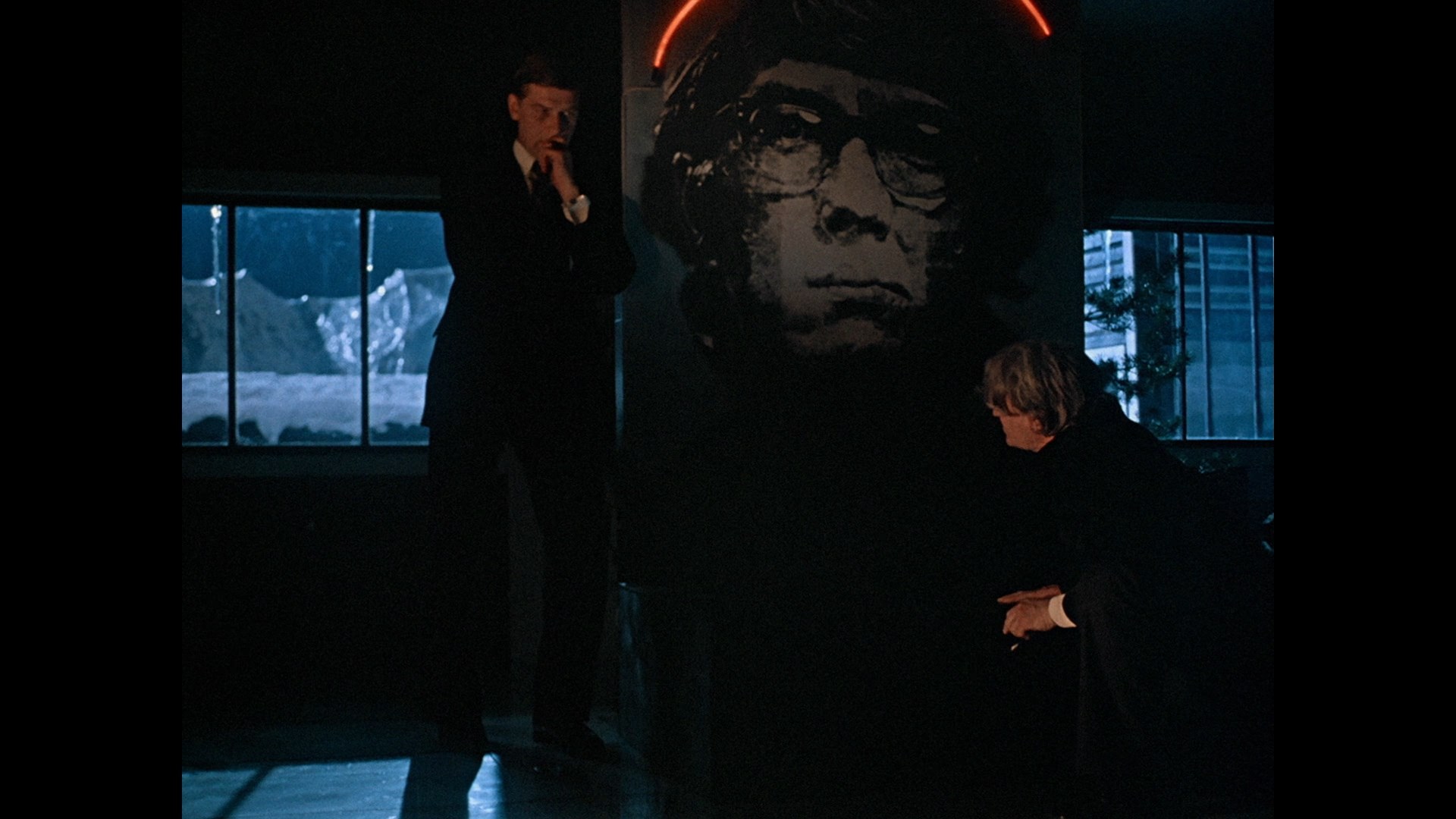 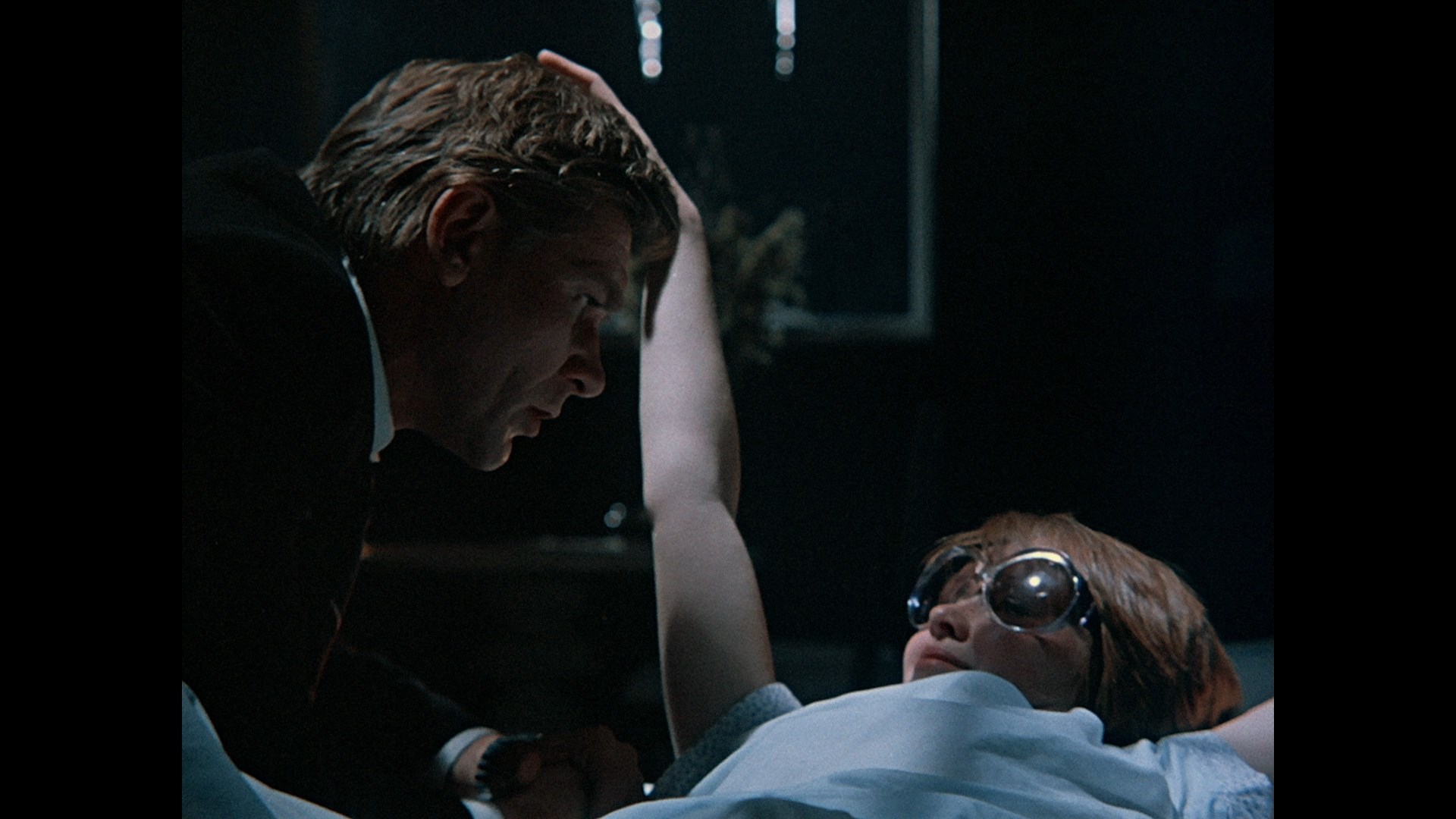 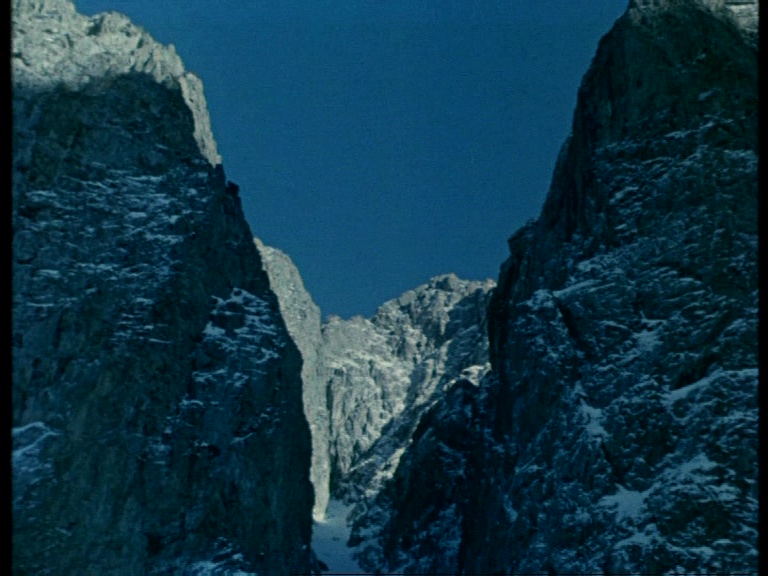 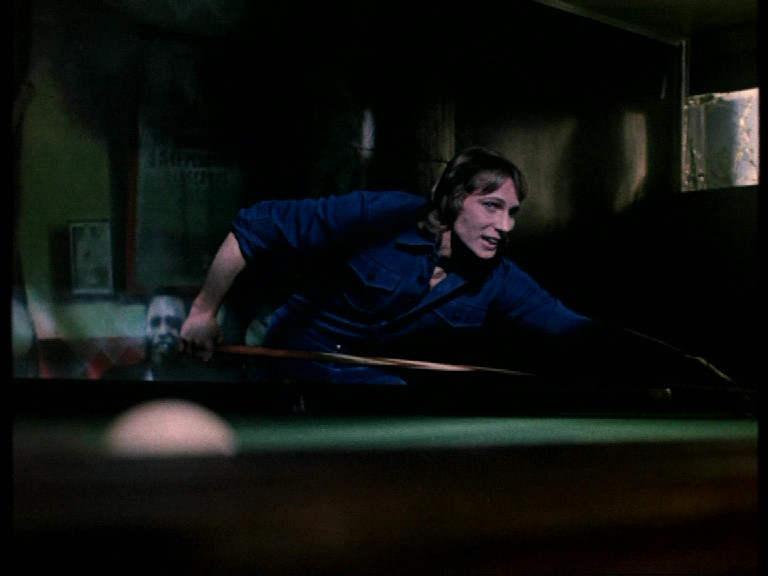 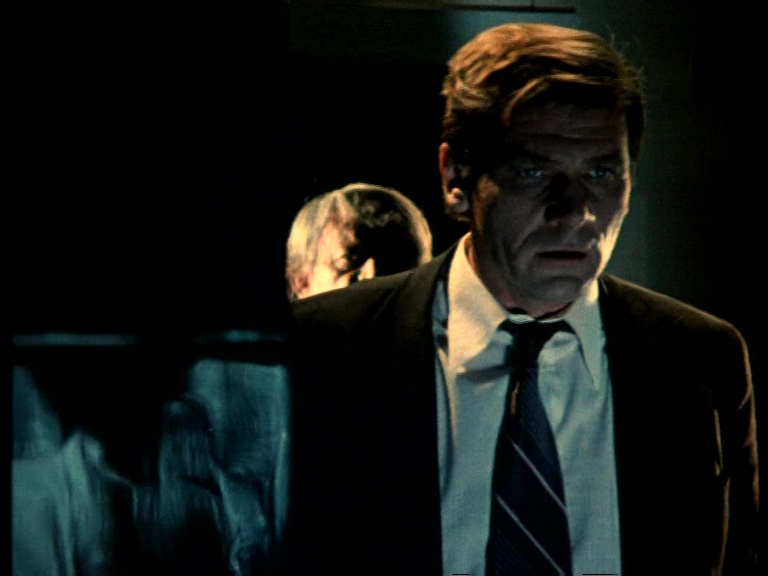 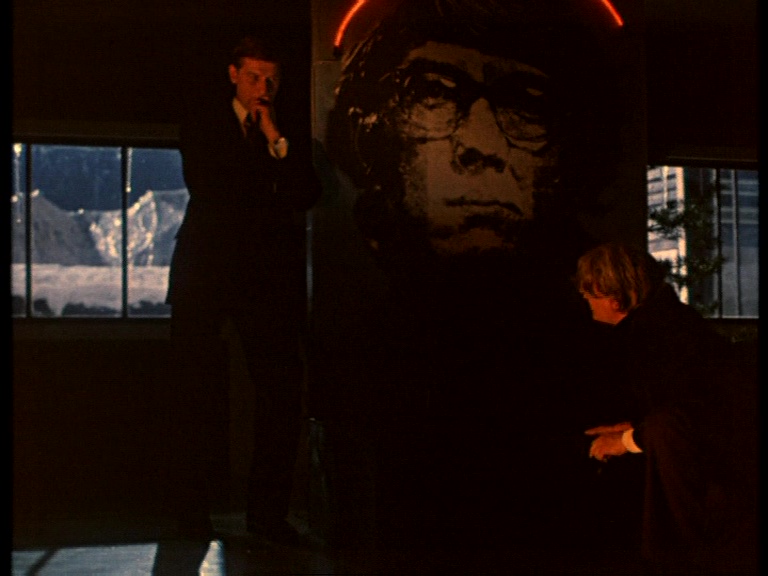 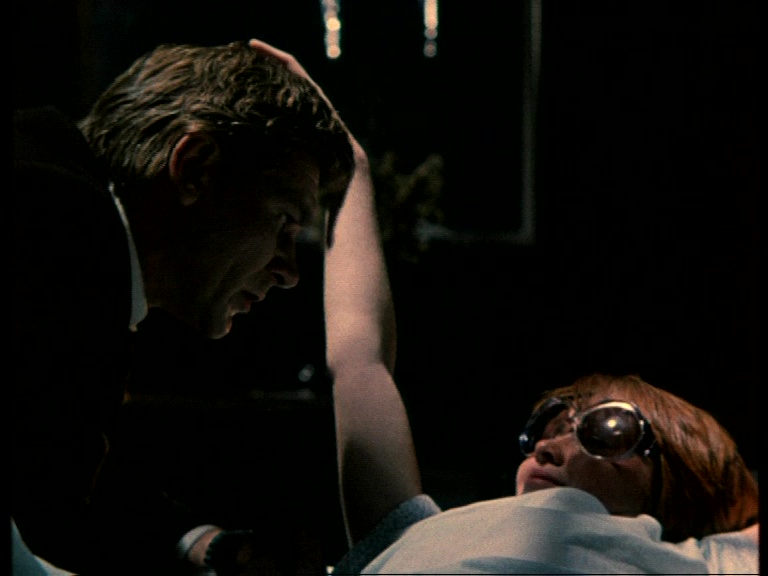