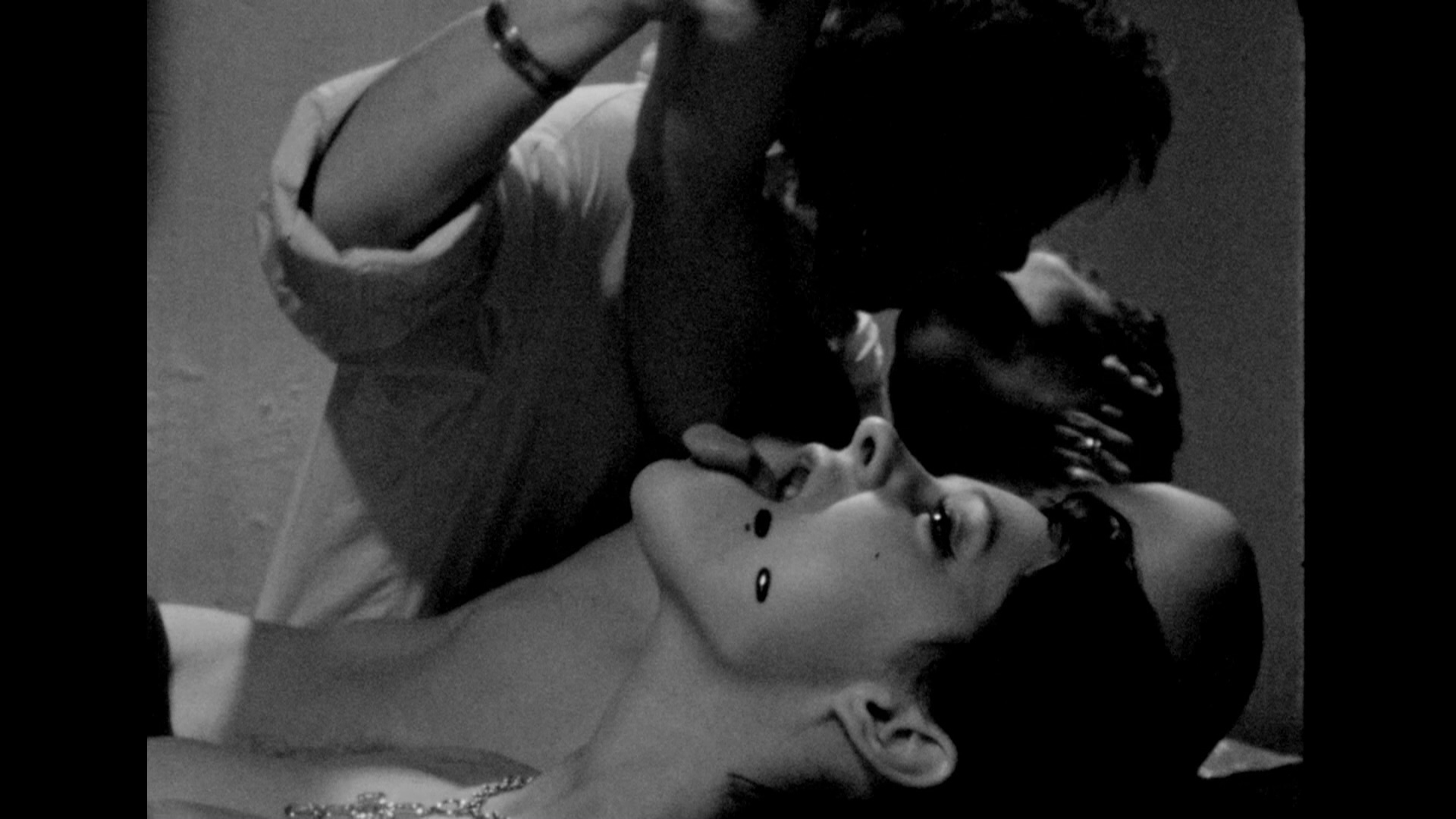 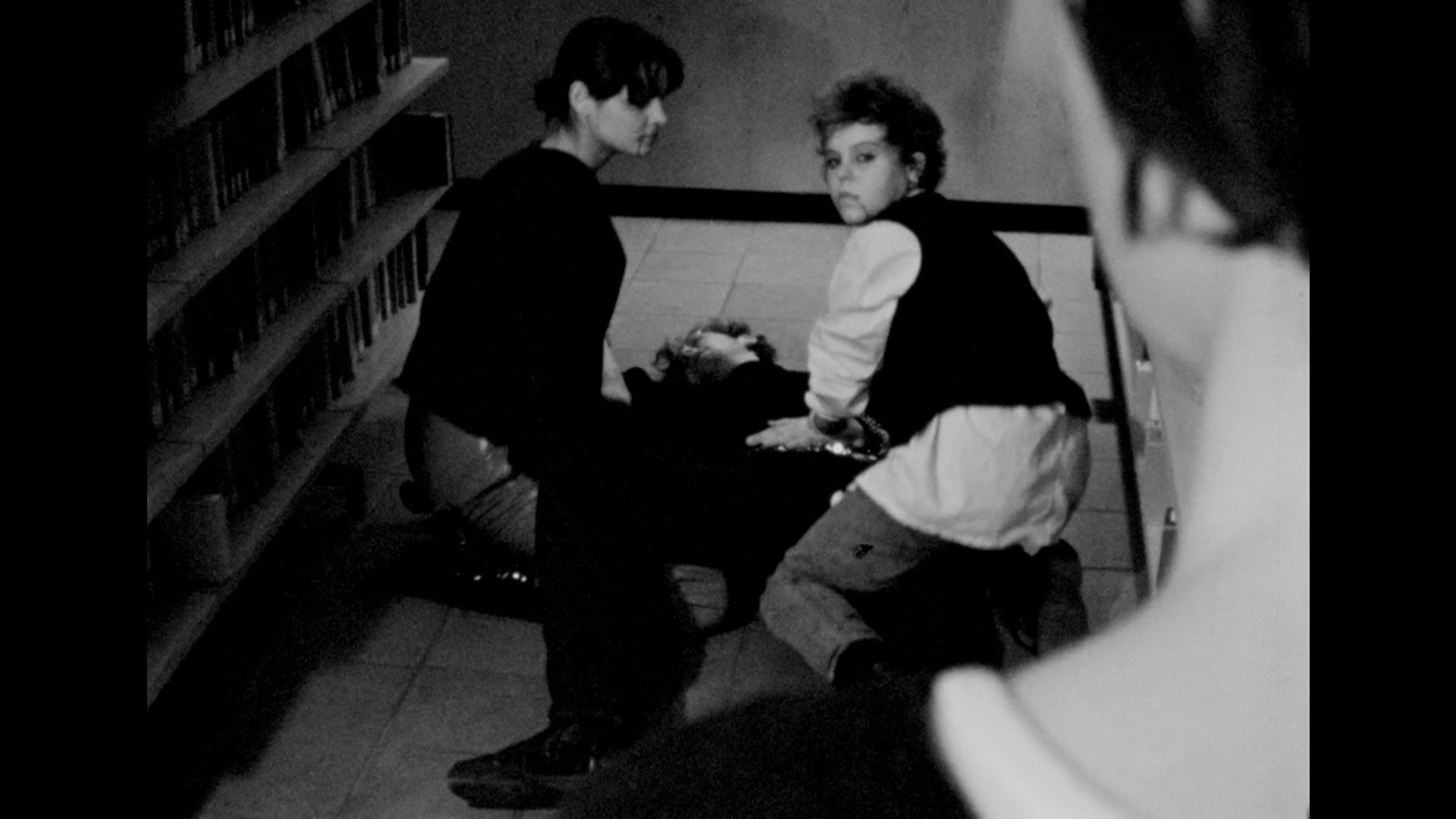 Before his untimely death in 2012 at the age of 54, underground Austrian director Carl Andersen certainly roared briefly with his sexy, violent experimental extravaganzas from the late '80s onward, two now making their stateside video debut from Cult Epics in a three-disc set. The centerpiece here is Mondo Weirdo, originally shot as Jungfrau am Abgrund and also shown with the subtitle Trip to Paranoia Paradise, which opens up with a dedication to Jess Franco and Jean-Luc Godard. Right off the bat, graphic flashes of female anatomy appear as a narrator warns us we're about to experience "one of the most bizarre cases in history of disturbed sexuality" and "not for the squeamish." No kidding!

That case study involves pubescent Odile (Manera), whose first period in the shower ignites a wild series of fantasies as she goes to a nightclub for an industrial music performance, observes some graphic lesbian groping against a metal pole, wanders the streets, and gets picked up by a pervert in a van who takes her back to his filthy apartment for some nookie that's interrupted by an apple seductively pinned to the bed by a steak knife. Other interludes include a bloody mugging by thugs in new wave makeup, a lesbian sax player street performer who slashes her throat in the woods during a daydream, two guys in leather jackets having sex in a cabin, a book about the infamous Erzebeth Bathory with 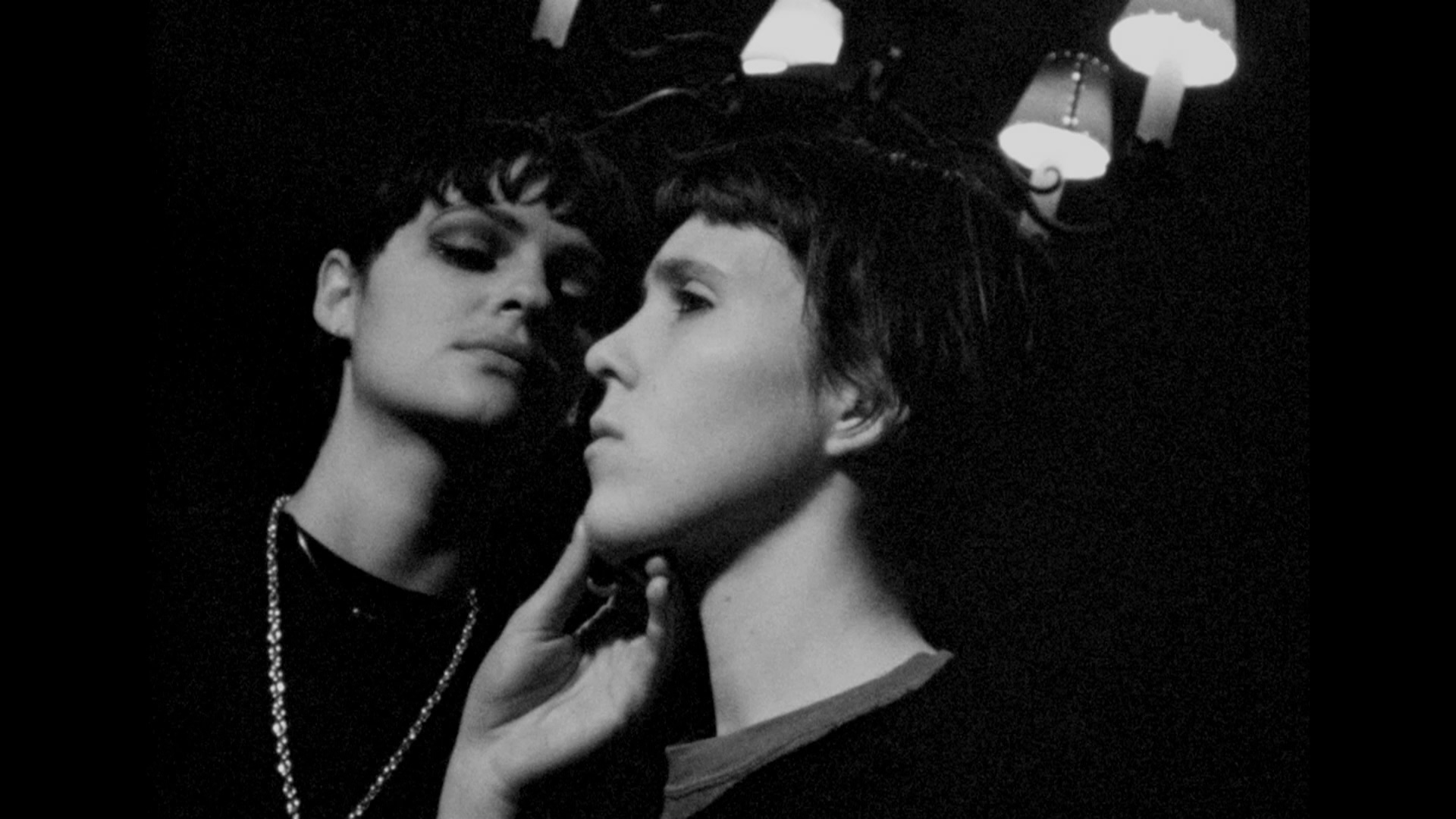 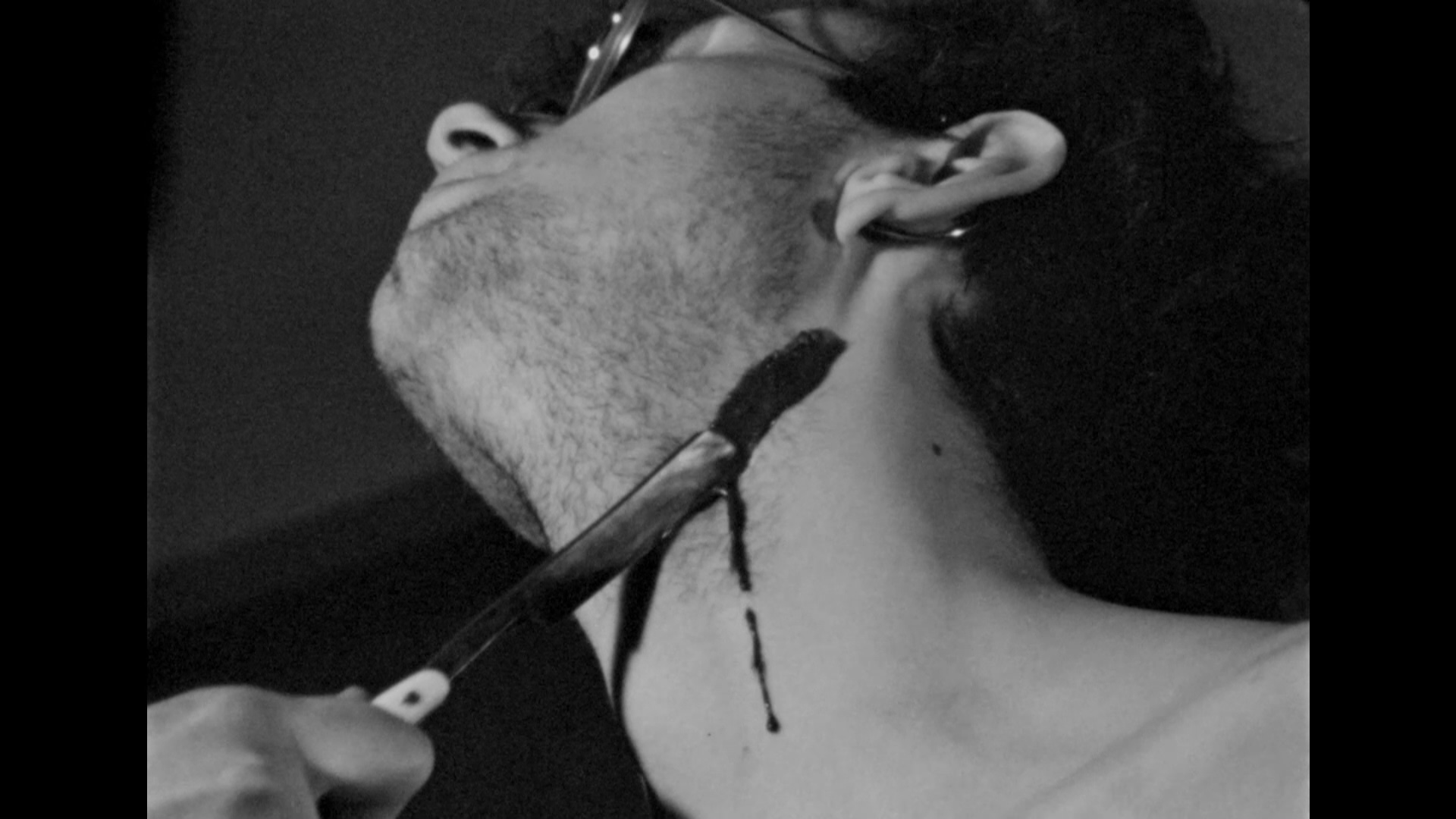 Mondo Weirdo was shot on very rough 16mm and edited with what looks like pretty primitive equipment akin to a film school project, so don't expect anything super sleek here. The Cult Epics release features this film on the first disc, a Blu-ray, in a new HD transfer that looks 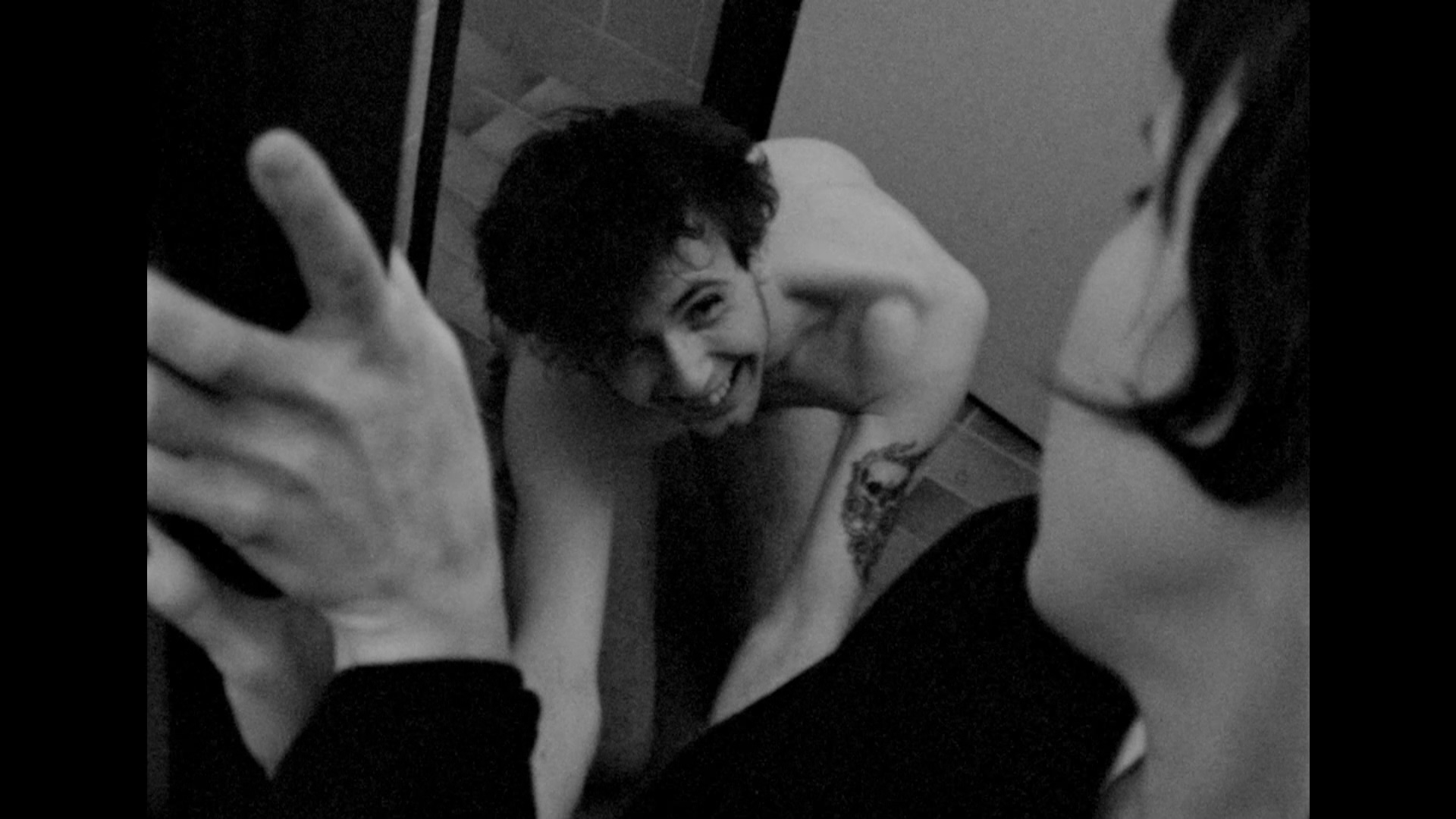 accurate to the film's origins, with dirt, jittery shots, 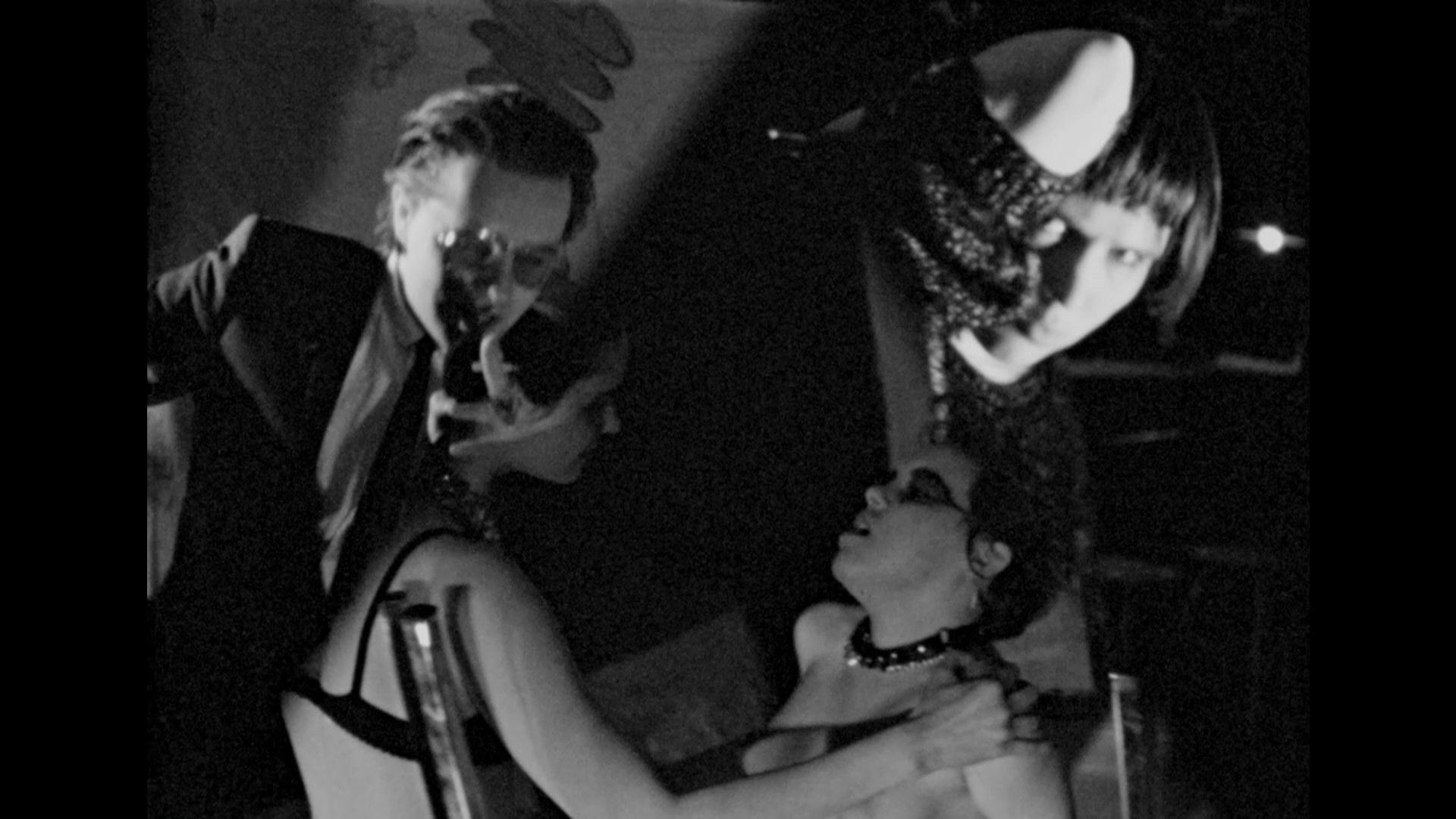 and rough splices left intact. That said, film grain looks fine and blacks and rich and deep, so this is roughly akin to watching a premiere film screening in your own home. The Dolby Digital 2.0 audio sounds passable for a sound mix that won't give your speakers anything to exert themselves. Extras include a 2-minute intro by actor Erwin Leder (Angst), who knew Andersen well during his short life, and a 14-minute making-of featurette with the chain-smoking director chatting in multiple locations about his desire to make films since his adolescence, the philosophical aspects of the film, its outraged reception at an early screening, the hunt for an actress to play Bathory, and the film's unexpected ties to a Catholic school. The dupey film clips here give you an idea of how lousy this looked before the new transfer, too.

Also included on a separate DVD from the only existed SD master is Andersen's debut film, Vampiros Sexos, also known as I Was a Teenage Zabbadoing. Even more strange and plotless, it opens with an announcement that we're watching the saga of "Jasmin Strange! Queen of vampires from planet Arus!," who's sent to Earth because of tainted olive oil(?) to tangle with two cops, Adolf Clouseau (??) and Inspector Heid, and remove the corrupted consumer goods in film canisters (???) before they fall into the hands of the wicked Van Helsing. From there it's a wordless melee of slapstick, nudity, aggressive new wave music, handcrafted comic intertitles, burlesque routines, bathtub lesbians, decapitations, more hardcore sex, a Faster, Pussycat! Kill! Kill! T-shirt, a folk guitar solo, and Lene 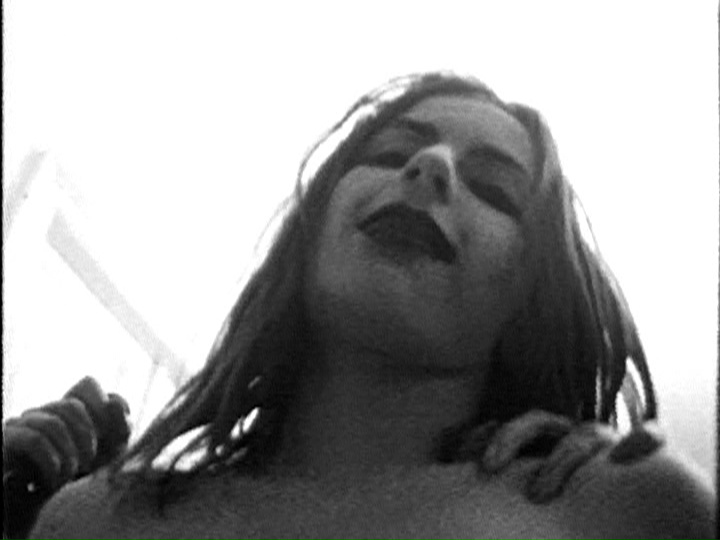 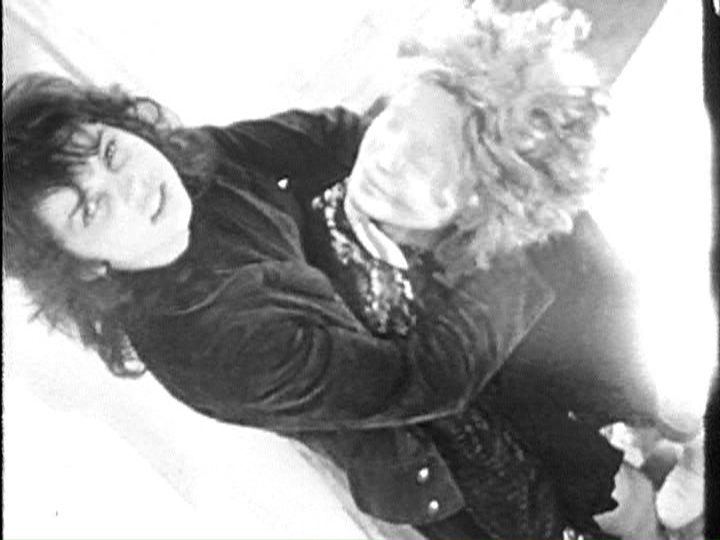 Since there's only a VHS-era source for this film available, what you get here is okay under the circumstances and watchable enough in a throwback sort of way. It ain't pretty, but how else are you going to see this? Again you get a 14-minute featurette about the film with the filmmaker chatting about his early attempt to do a "horror-porno musical" that blew up all over the web after being shown only twice in Vienna. And for you Douglas Adams fans, he explains why he had to step into one of the main roles and let it all hang out, crediting himself as "Zaphod Beeblebrox" for all you Douglas Adams fans out there. An early bonus film is also included, "What's So Dirty About It?" (9 mins.), which compiles strobing flashes of sex outtakes from his films with a grinding metallic soundtrack. The third disc in the set is an exclusive 19-track CD soundtrack for both films Model D'oo, with a handful of bonus unreleased tracks thrown in for good measure.