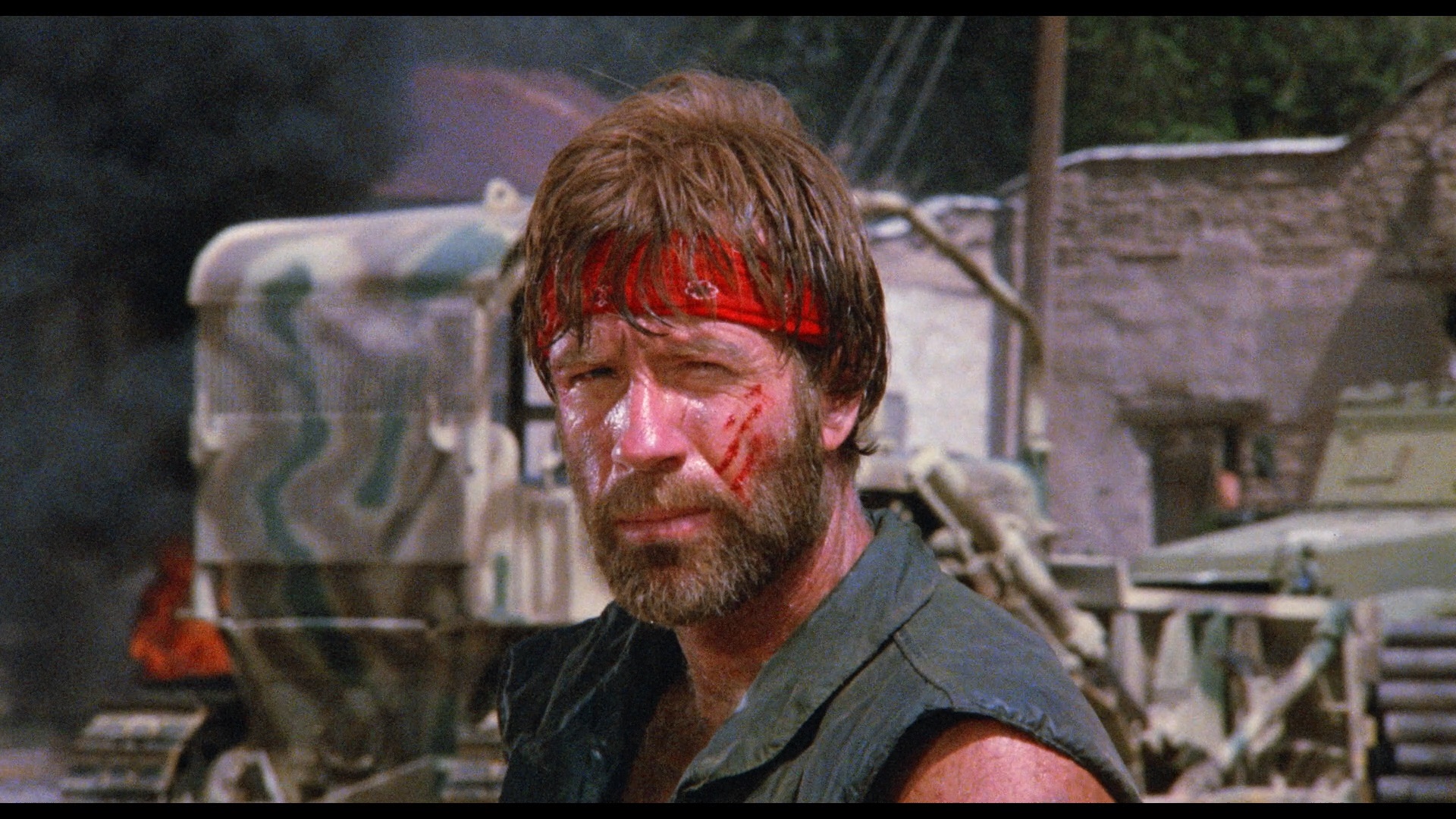 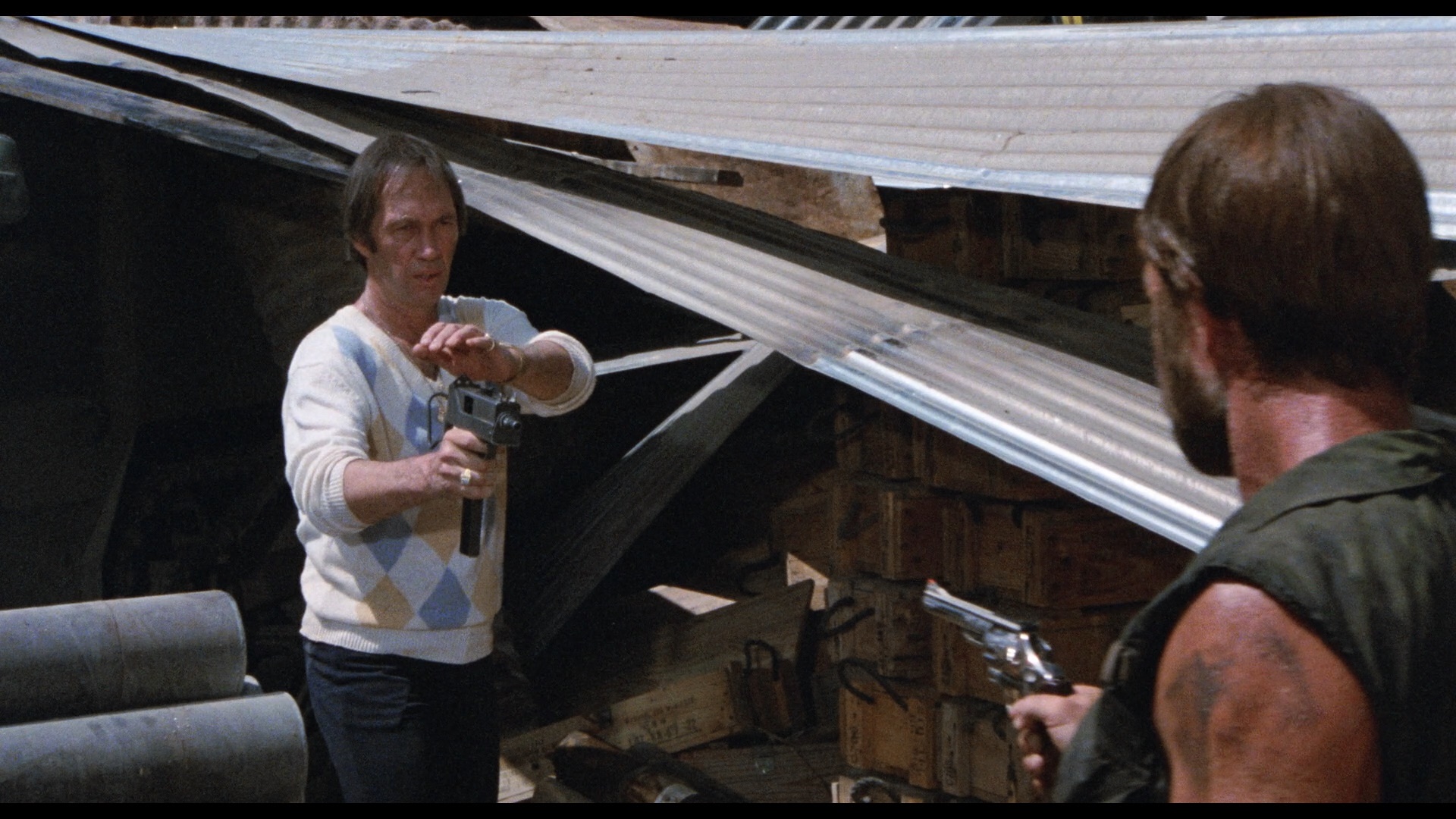 one of America's premiere martial arts stars in the '70s and early '80s with a string of hits like The Octagon, A Force of One, and An Eye for an Eye (not to mention the bizarro horror-action hybrid Silent Rage), Chuck Norris shifted gears a bit and expanded his leading man range with Lone Wolf McQuade. Shot around El Paso by his Eye for an Eye director, Steve Carver, the dusty actioner paved the way for Norris' switch to a more standard "red meat" type of action star with two Missing in Action films quickly following in its wake along with the exceptional Code of Silence. In the long run it also set the template for his big switch to TV in the '90s with not dissimilar Walker, Texas Ranger.

Separated from his wife (Farrell) but still devoted to his daughter, Sally (Friday the 13th Part 3-D's Kimmell), Texas Ranger and military vet J.J. McQuade (Norris) prefers to work alone even when he's facing down a gang of robbers out in the middle of nowhere. Assigned to work with straight arrow Kayo (Beltran), they both end up via the beautiful Lola (Carrera) at a party hosted by the competitive and martial arts-crazy Rawley Wilkes (Carradine), who may be connected to violent arms hijacks in the region. When Sally is kidnapped, McQuade and Kayo are joined by FBI Agent Jackson (Kennedy) for a series of confrontations that will leave a trail of bodies across the desert.

Owing quite a bit in its attitude to spaghetti westerns right down to the harmonica and whistling-heavy score by the great Francesco De Masi, Lone Wolf McQuade proved to be a great introduction for many viewers to Norris thanks 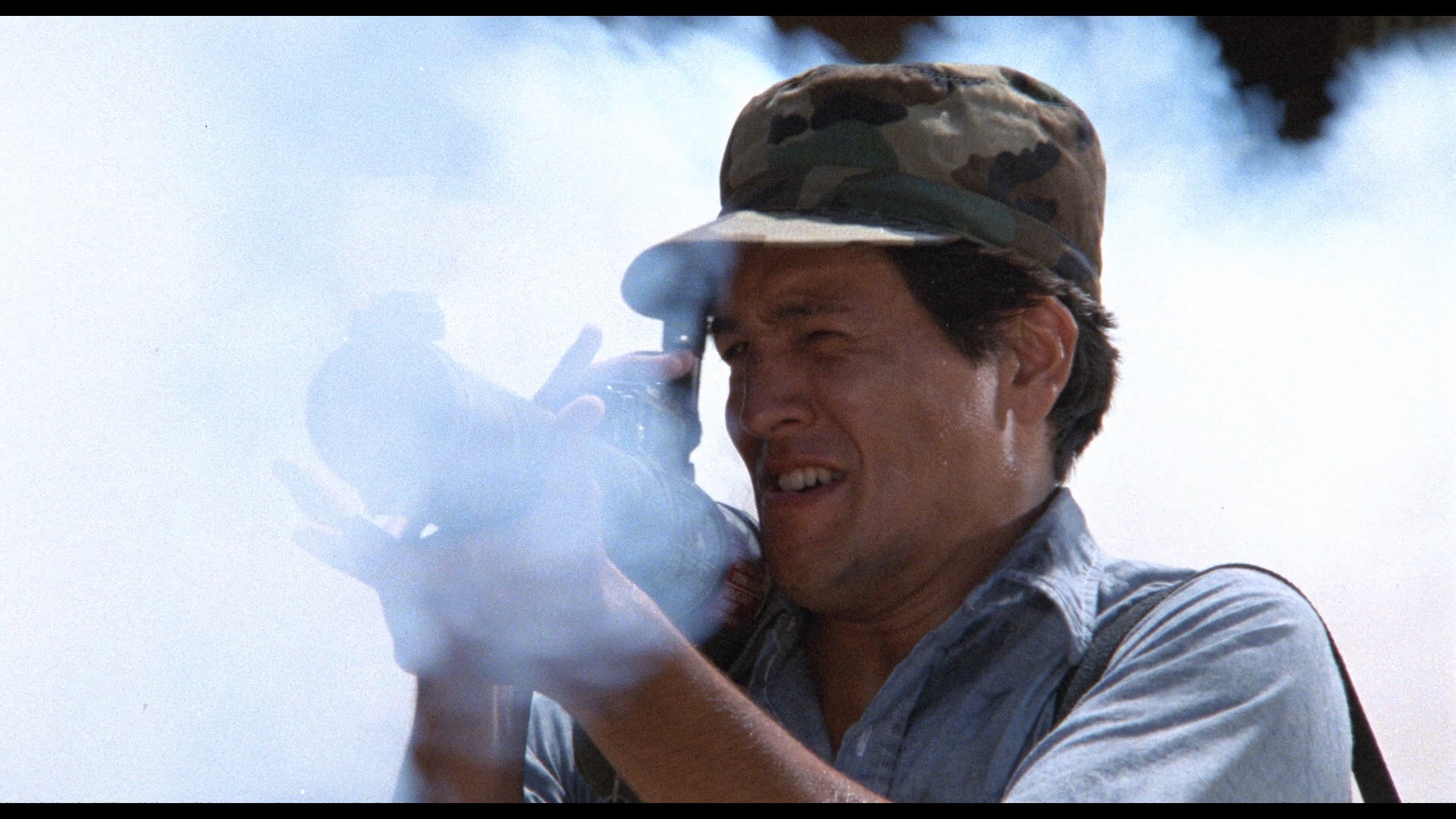 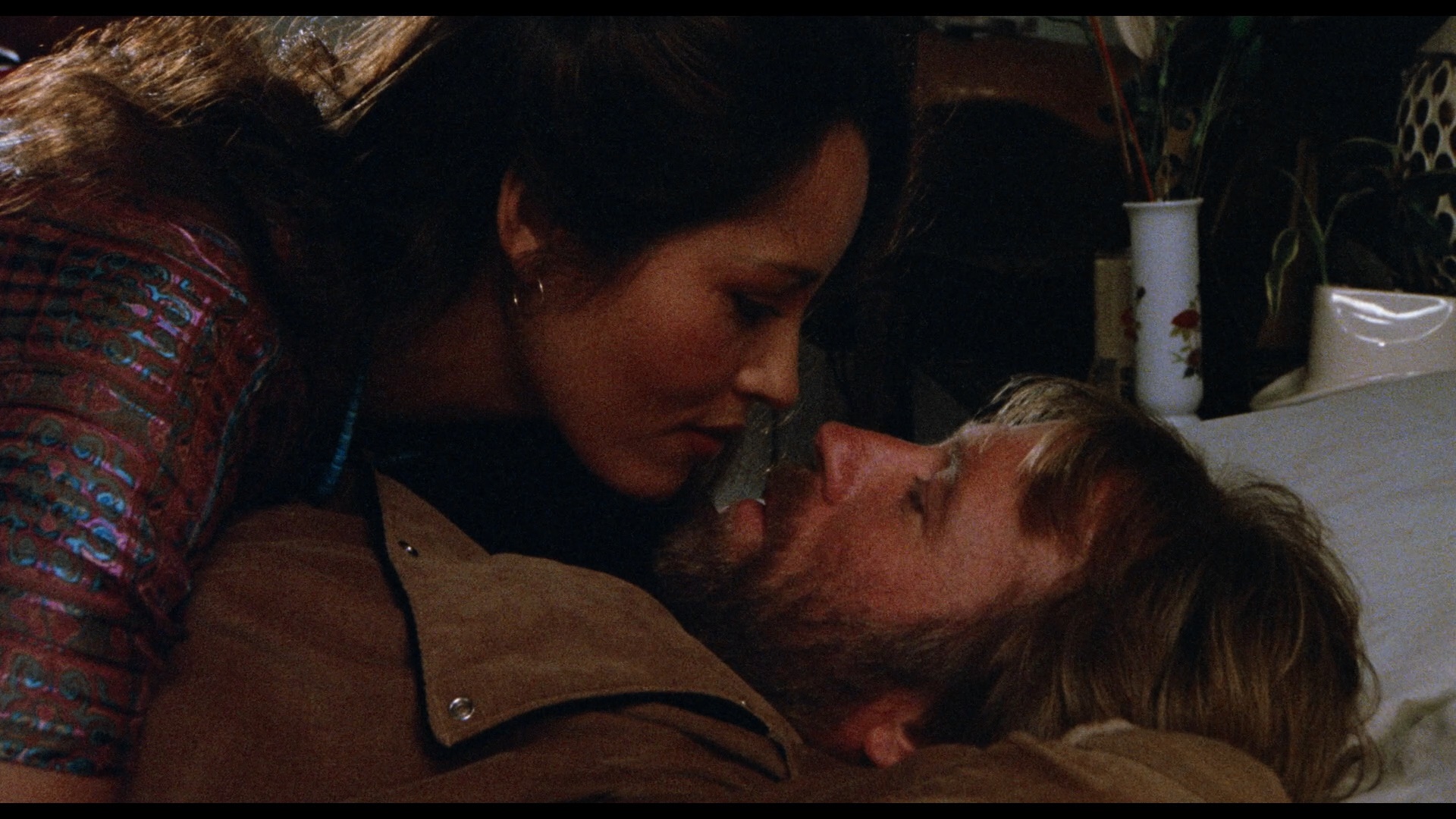 across the board. Carter keeps the action moving along at a steady clip while still providing his actors with moments to shine, including the always reliable L.Q. Jones as McQuade's mentor (which means he's obviously not long for this world). The dusty Texas locations are effectively rendered with a rich, dusty atmosphere that further enhances the western connections, and for anyone expecting the usual Norris foot-swinging mayhem, you do get a bit of that as well including a memorable showdown with Carradine. The film ended up getting quite a bit more critical respect than Norris' previous films, a factor that led to him becoming one of the biggest stars at Cannon Films for the remainder of the decade.

Initially released theatrically by Orion Pictures, Lone Wolf McQuade has been easy to find on home video in all major formats including DVD and Blu-ray release from MGM featuring only a trailer as an extra. Available via Ronin Flix and Diabolik with a limited slipcover, the 2020 Blu-ray revisit from Scorpion Releasing ups the ante considerably with substantial extras and a fresh 2K scan from an interpositive. 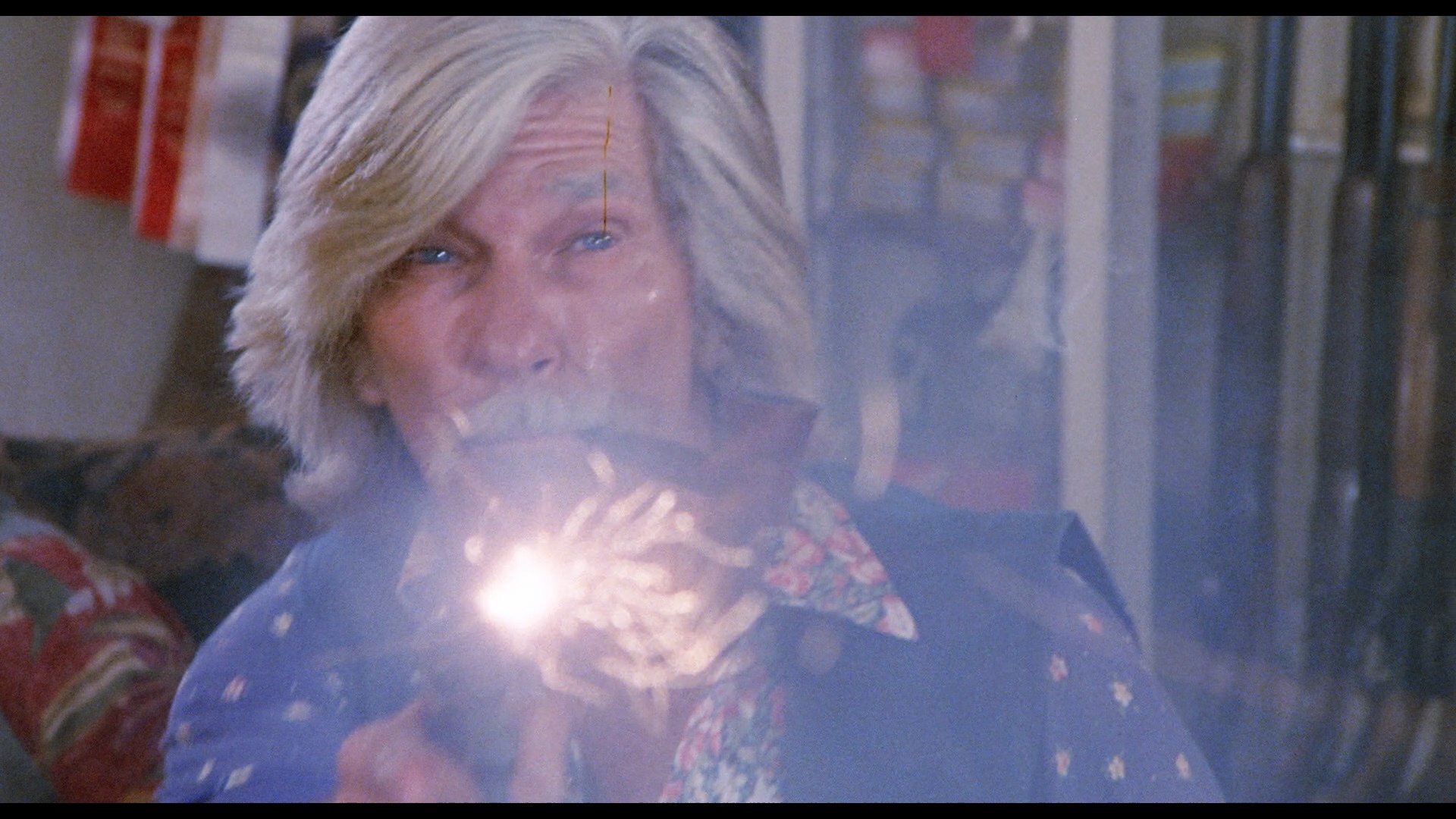 As with the release of The Mechanic, the presentation improves in the ways you'd expect including finer detail, better grain management, better color, and richer blacks, not to mention a great deal of extra visible info on the sides; it looks quite striking throughout. The 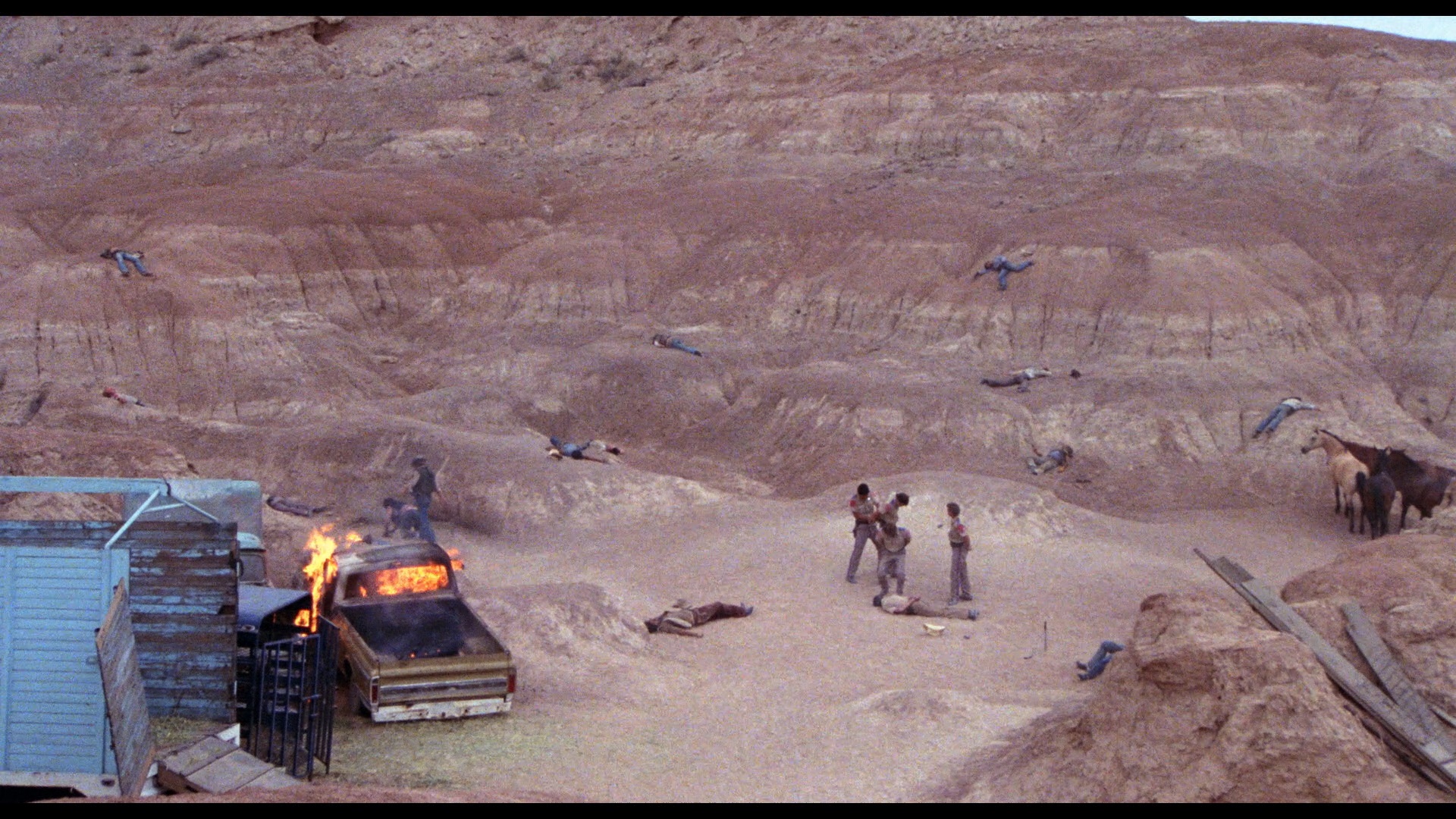 DTS-HD MA English 2.0 mono track is also in solid shape and accurately reflects the original mix, with optional English SDH subtitles provided. A new audio commentary with Carver, actors Robert Beltran and L.Q. Jones, and producer Yoram Ben-Ami is moderated by C. Courtney Joyner, and they keep things fast and informative here as they cover plenty of topics including the score (recorded at Ennio Morricone's church), convincing Norris to go grungy and grow a beard, the apprehension of using Carradine due to his Kung Fu association, the sweet and shy disposition of wolves, the evolving nature of action stars at the time and the near future, the novelty of seeing Norris as a dad, and much more. For some reason only Ben-Ami is listed as a participant on the menu screen, but rest assured everybody is present. Also included are separate interviews with Beltran (9m46s), Jones (10m15s), Leon Isaac Kennedy (11m47s), and Ben-Ami (7m27s), who all concur that it was an extremely pleasant, efficient, and drama-free shoot; Kennedy gets some of the best anecdotes, including how he and Norris would swap stories about their idols, Muhammad Ali and Bruce Lee, during their morning workouts. The theatrical trailer is also included. 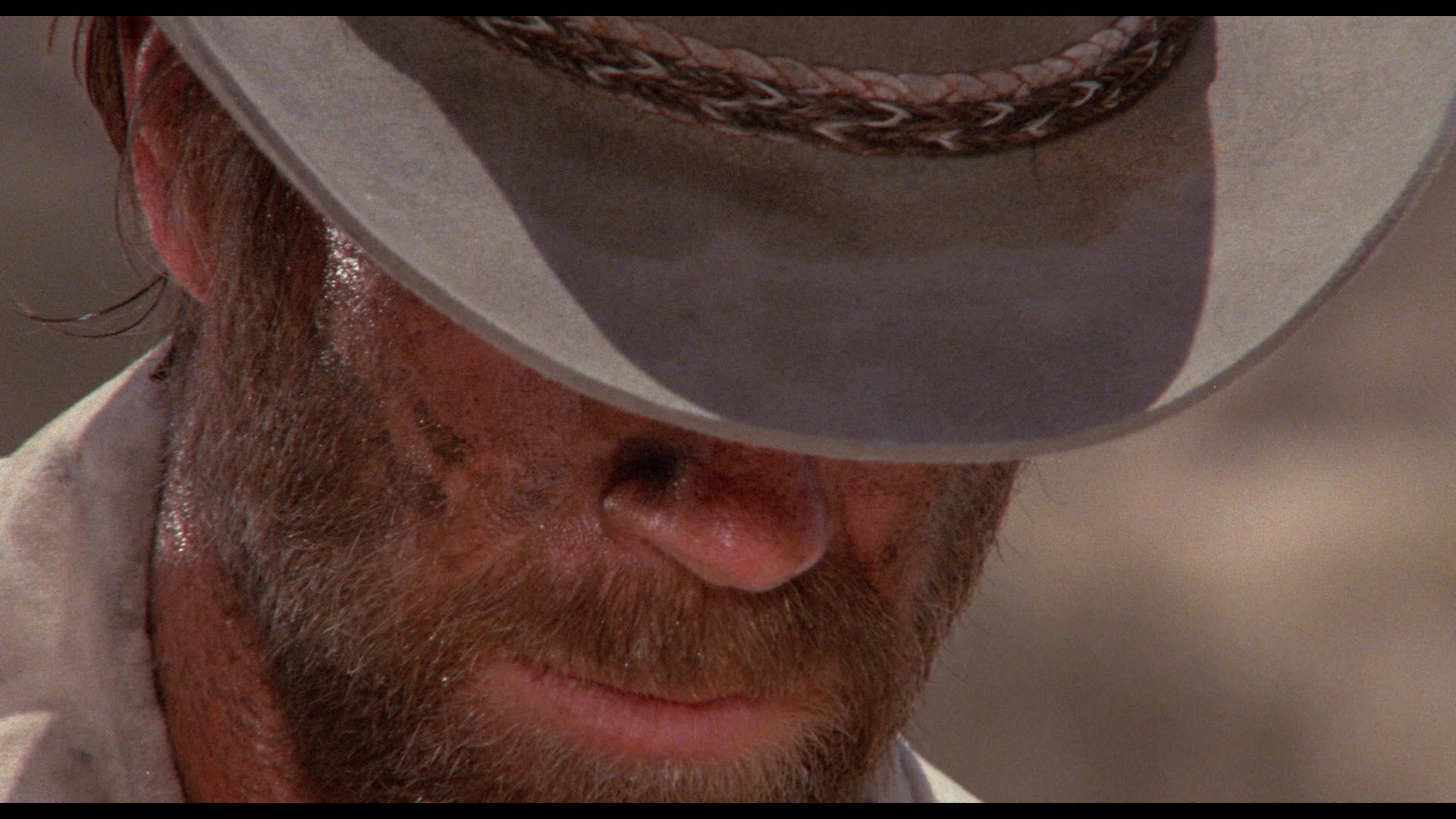 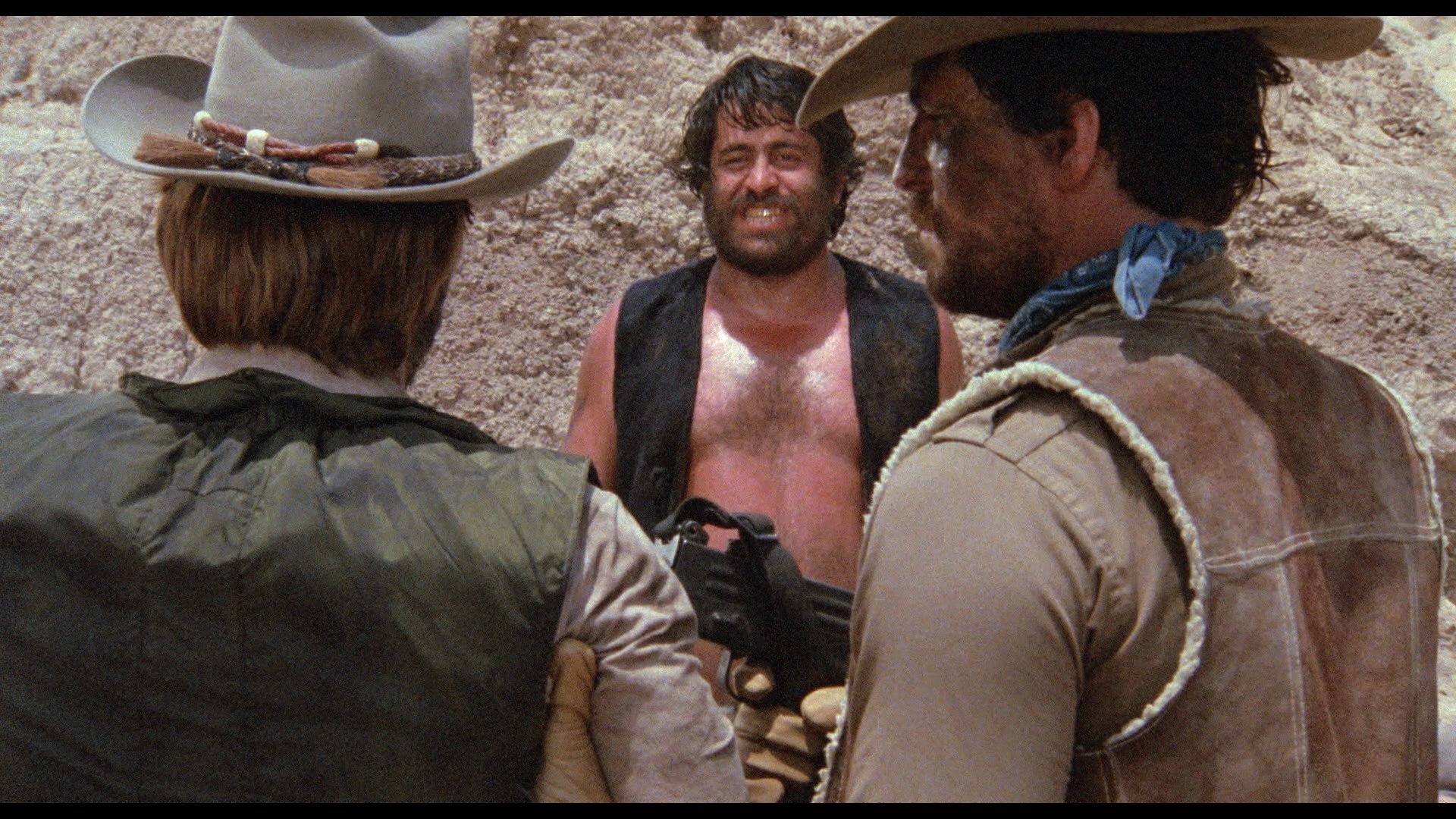 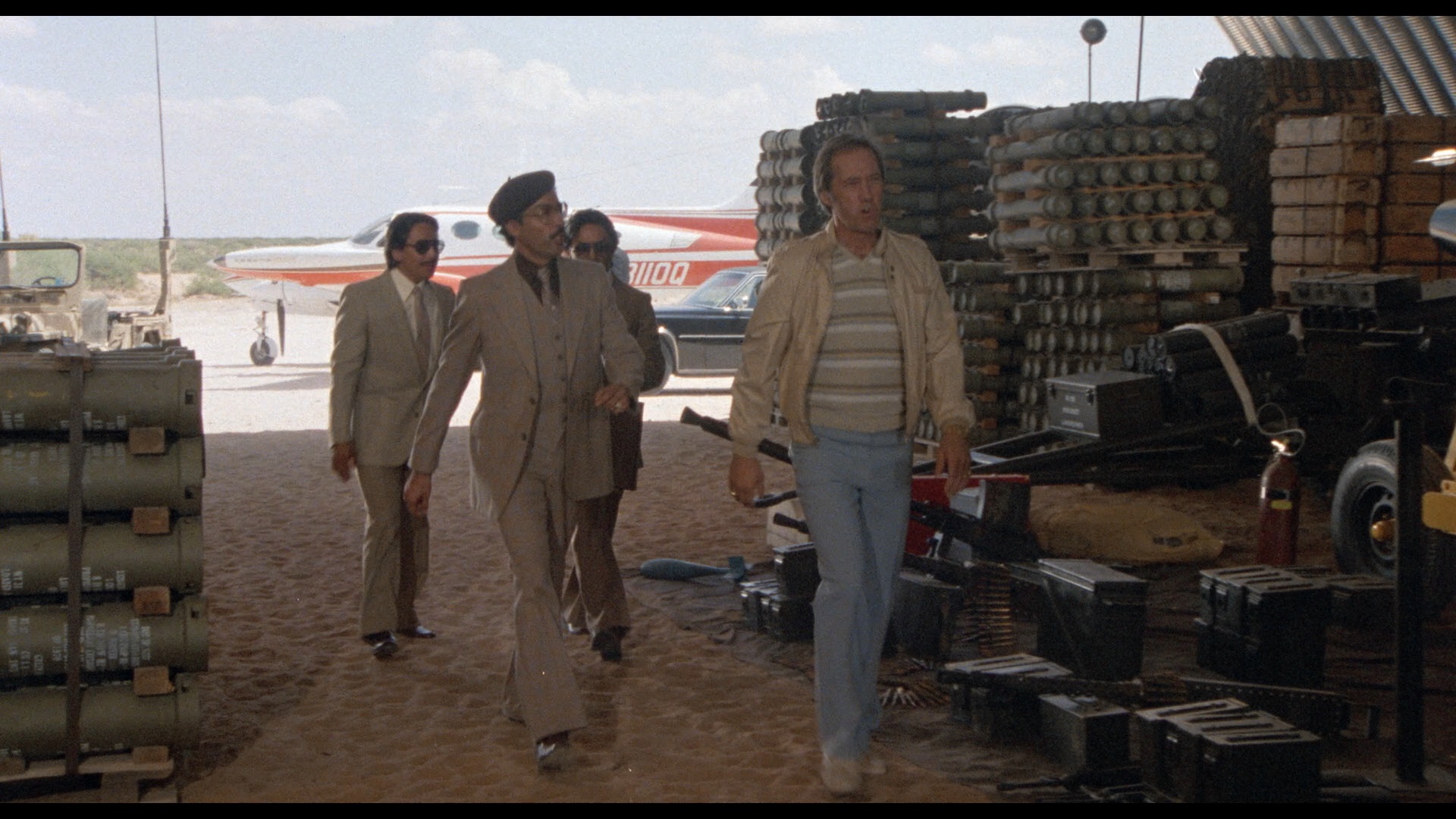 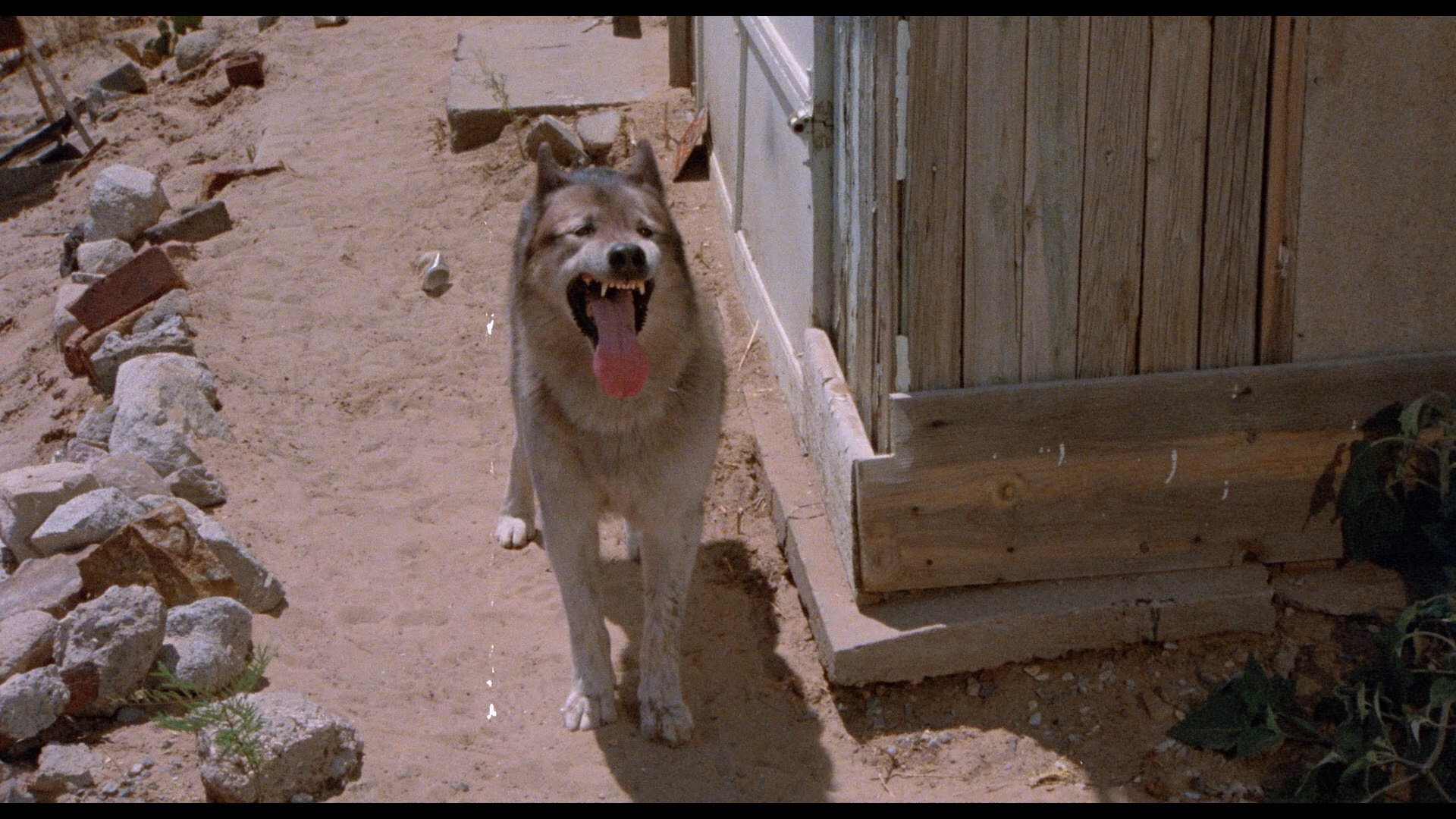 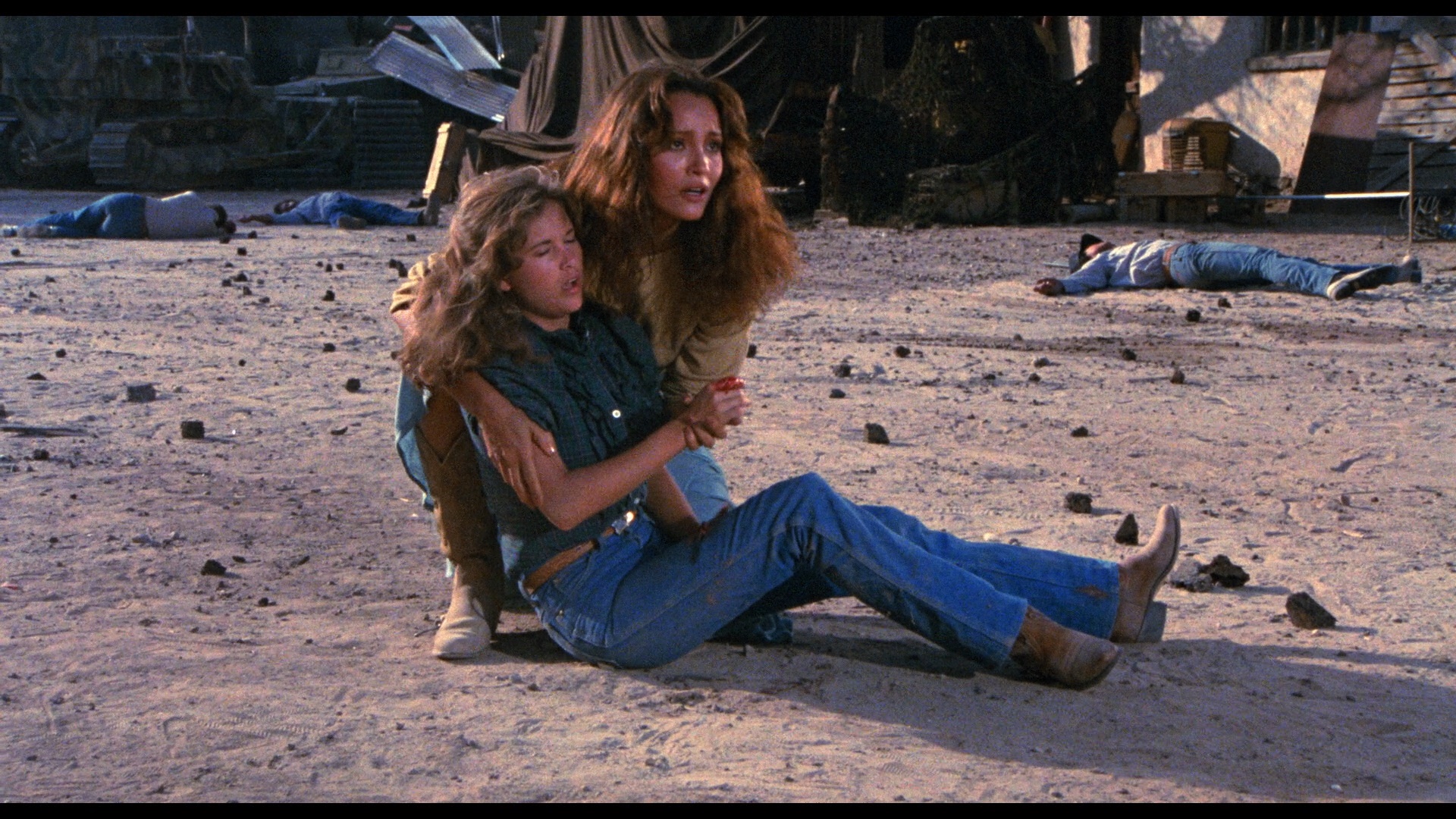 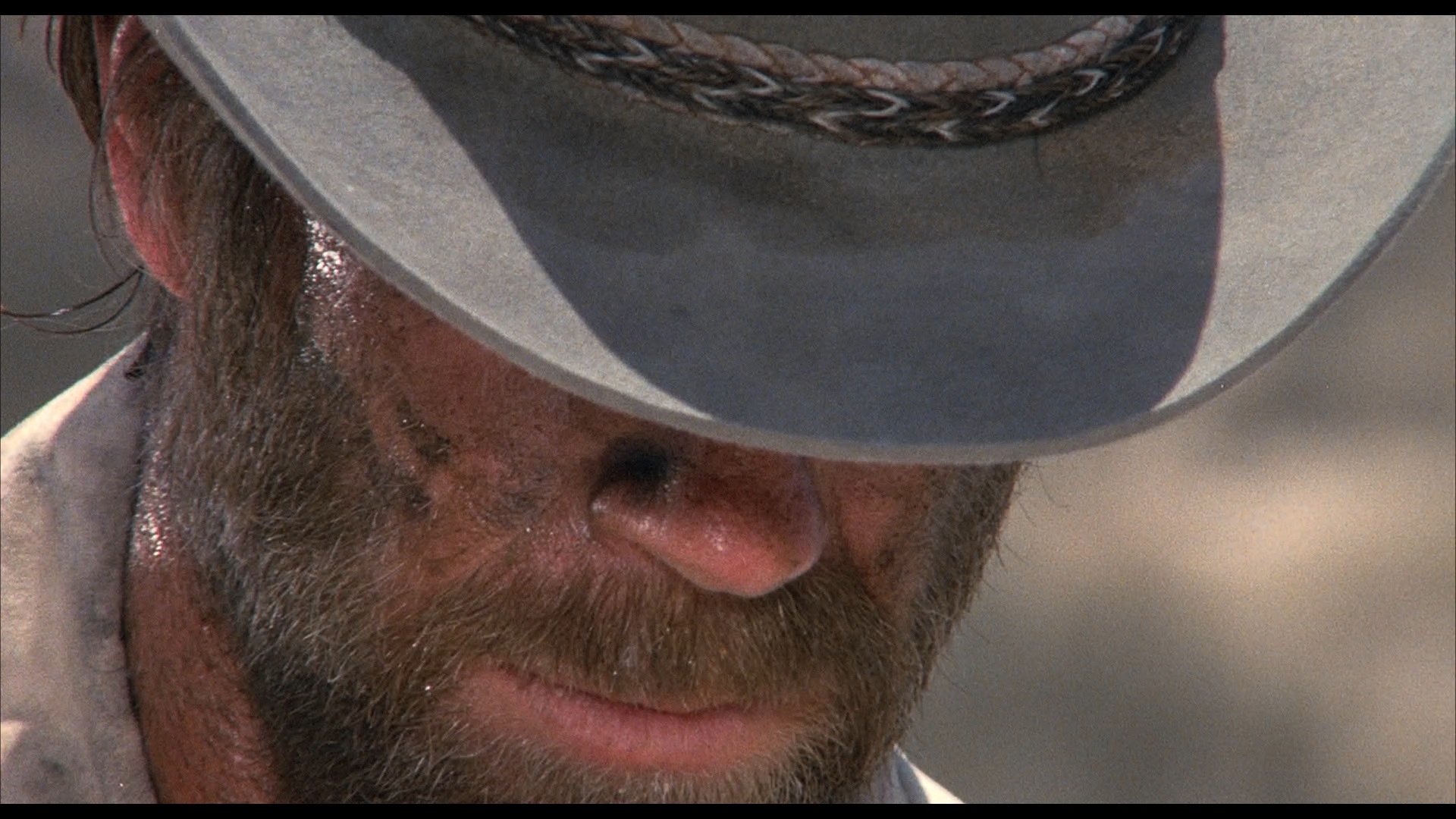 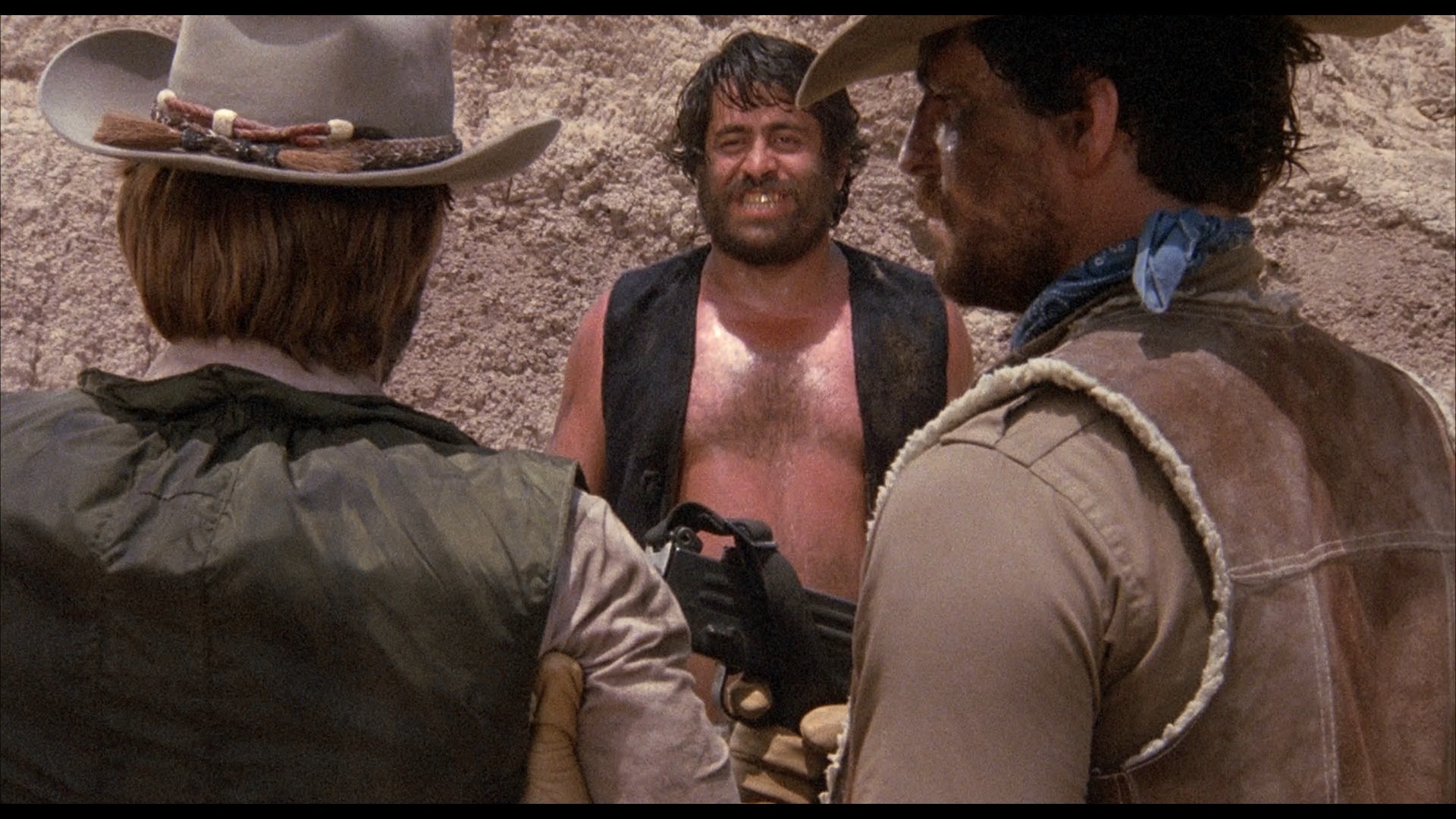 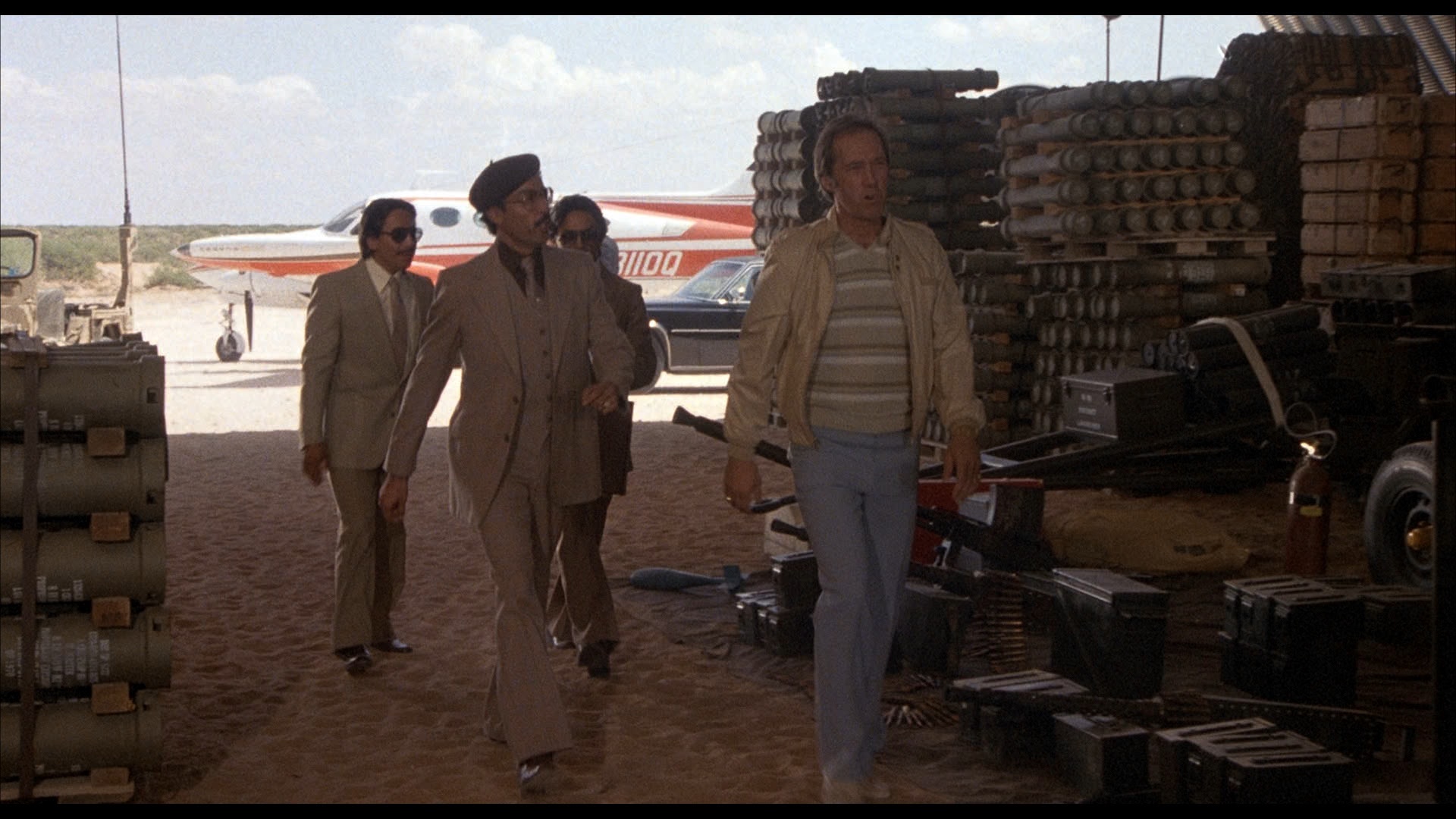 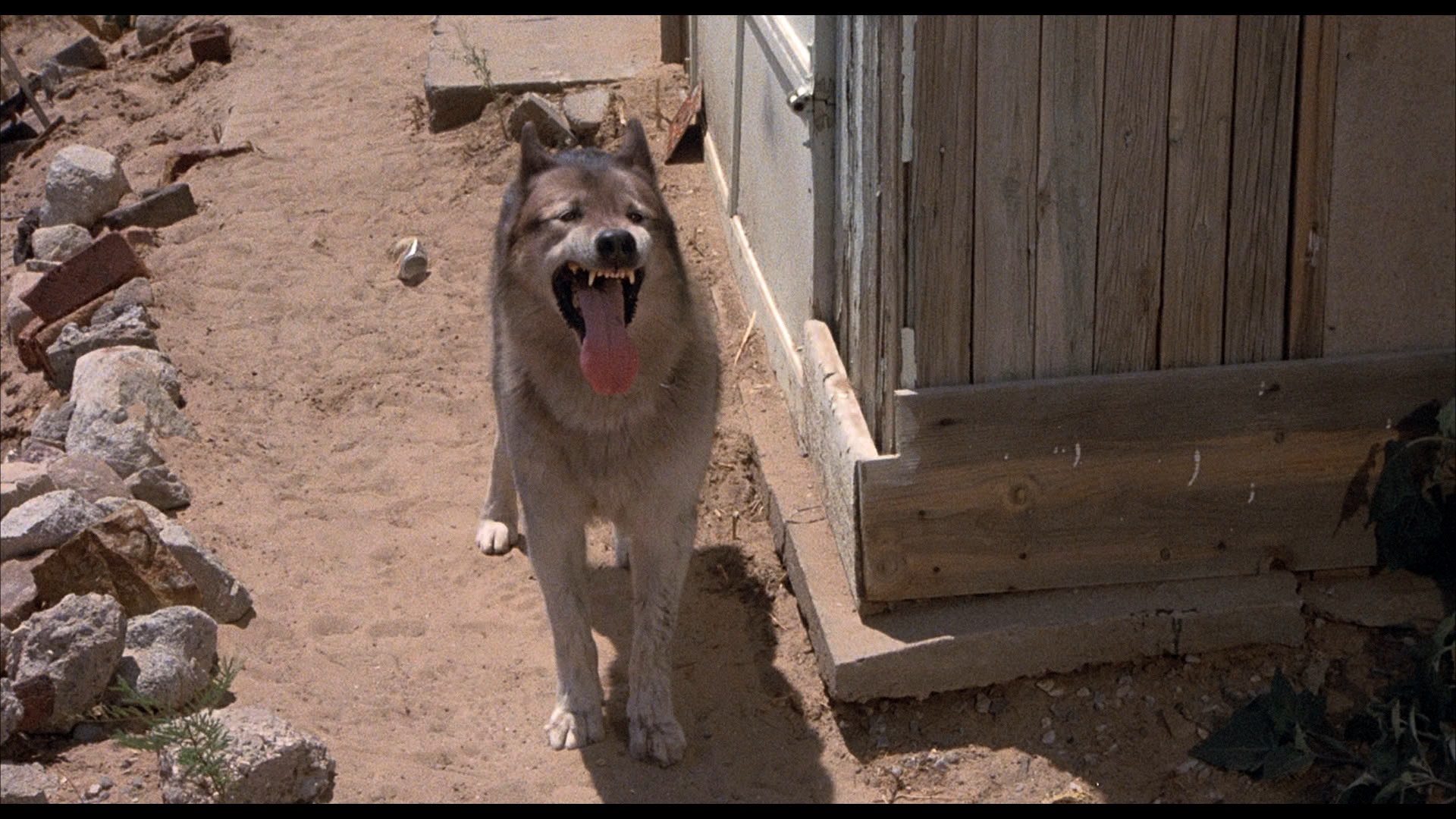 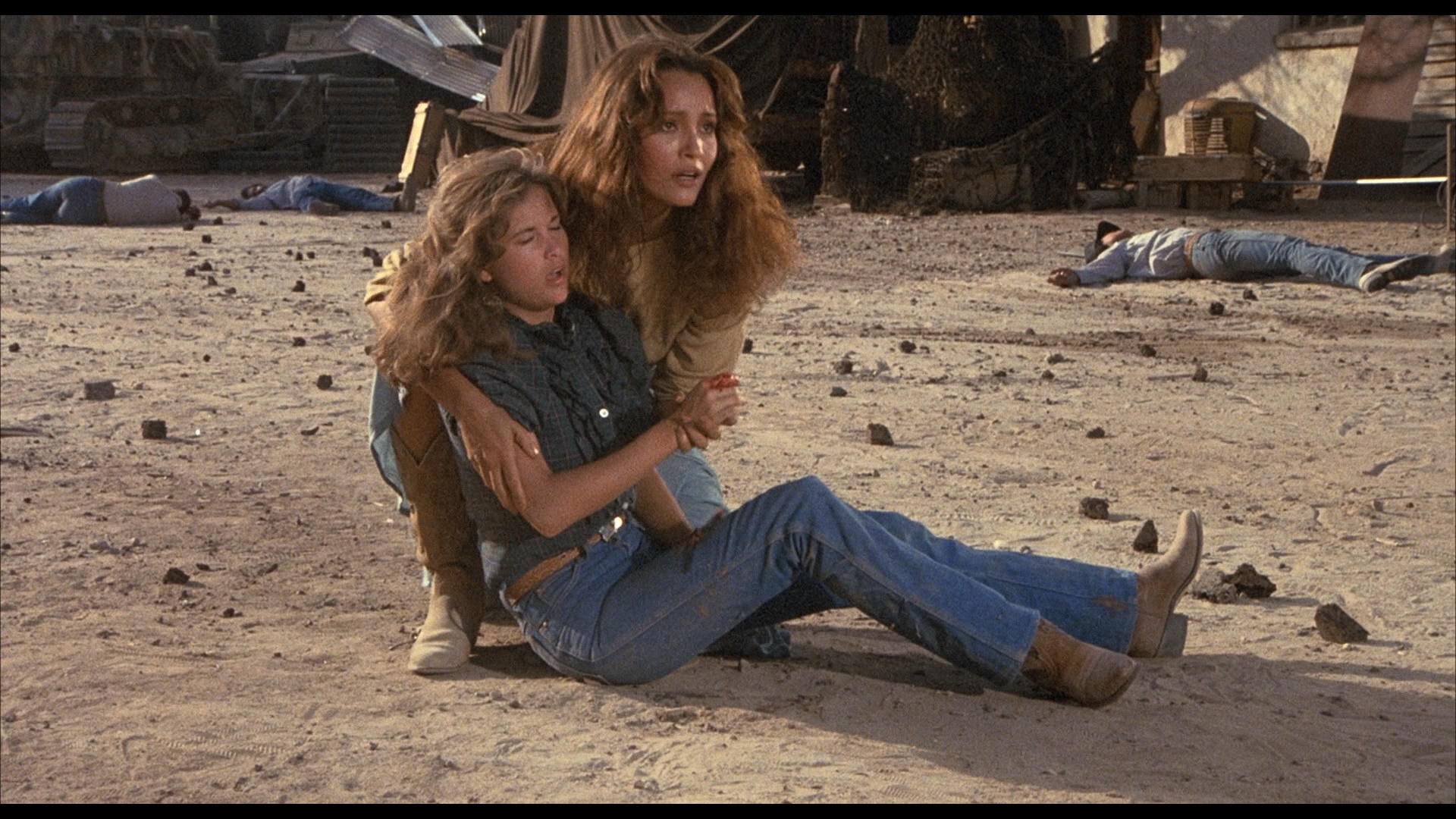