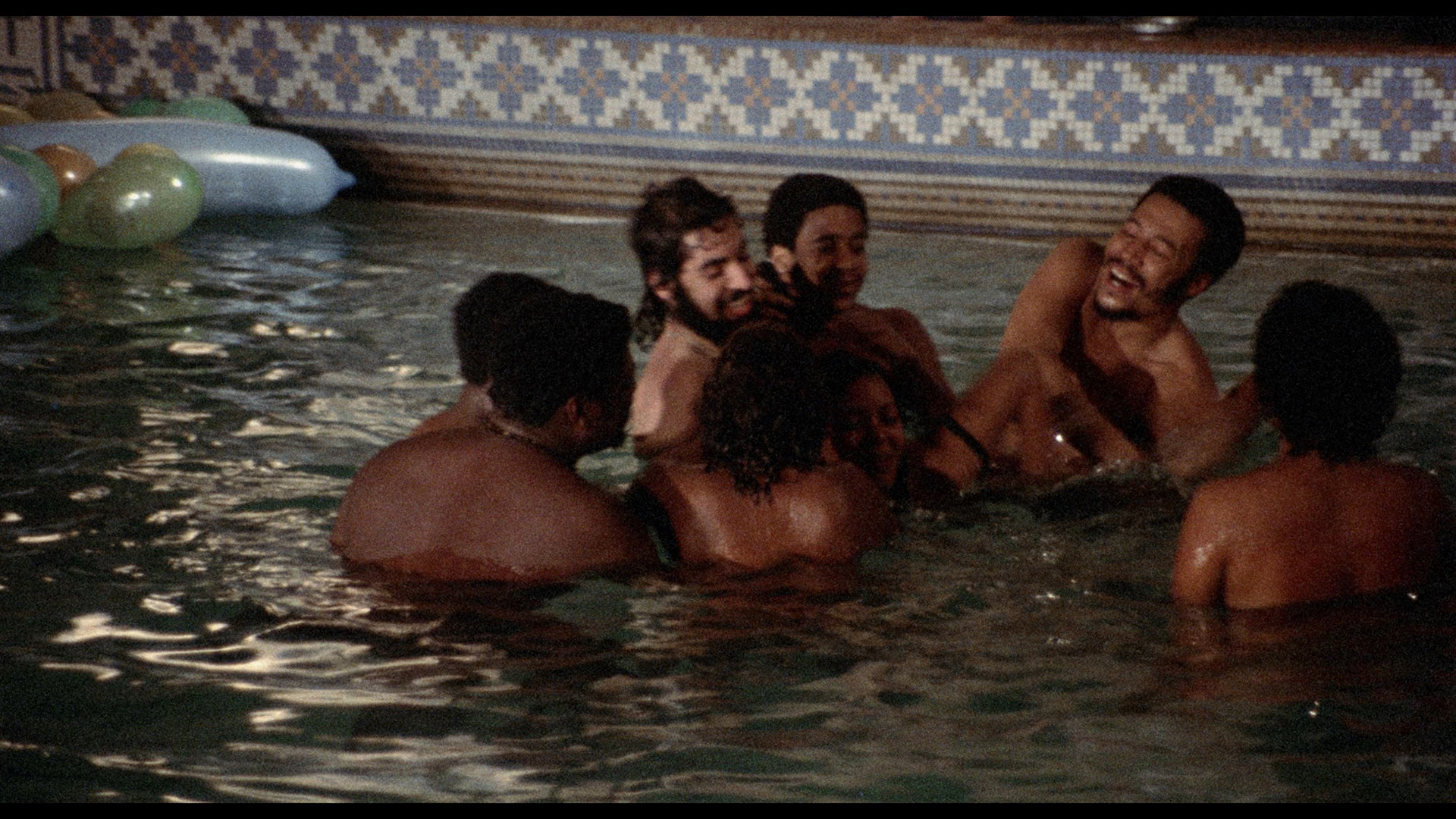 A marvelously disreputable lost fleapit gem, Massage Parlor Murders! (whose exclamation point on the print seems to absent on all of its artwork) is a textbook ex 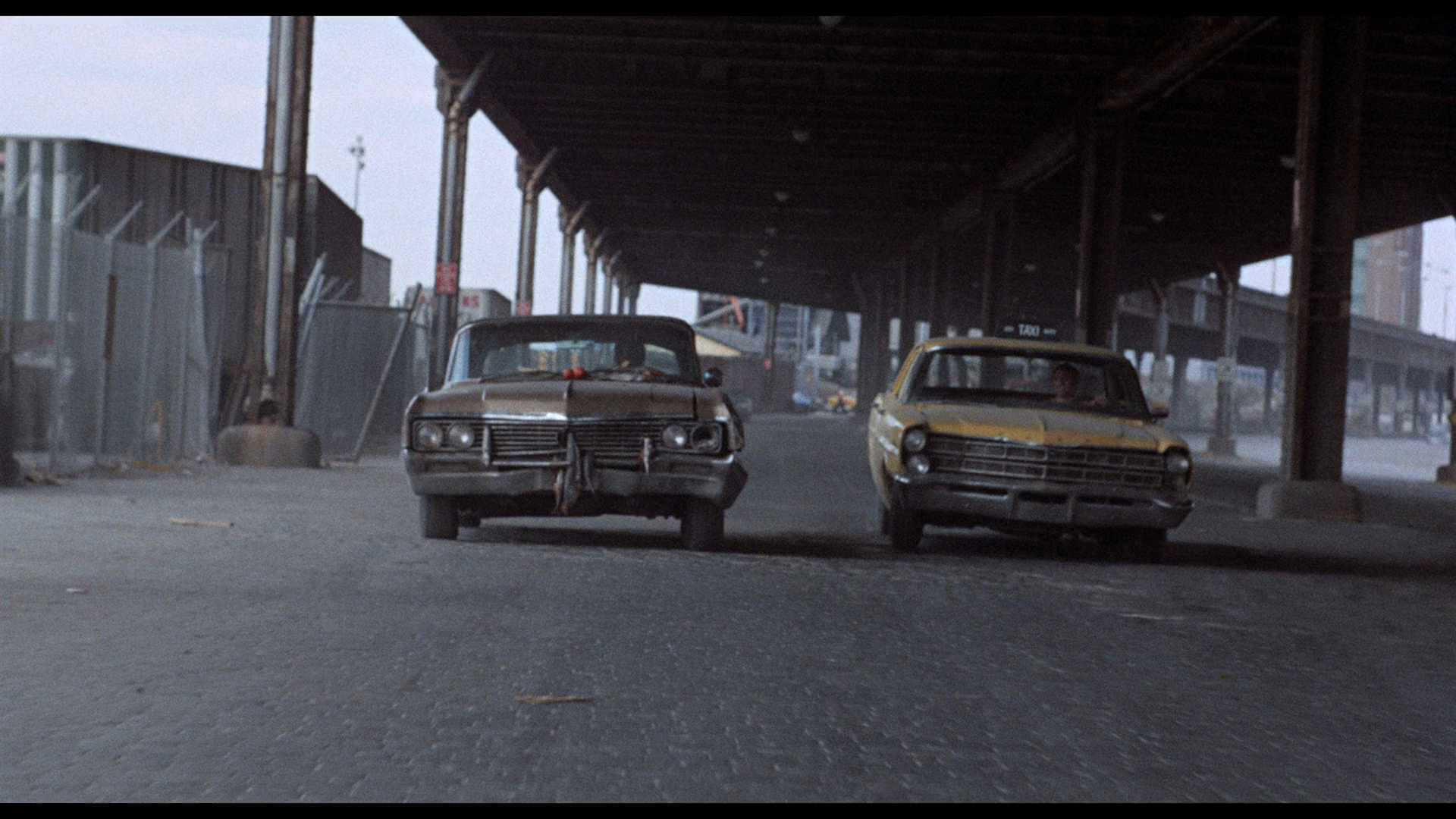 ample of New York exploitation charm at its height. Also released under the title Massage Parlor Hookers, it chronicles the arbitrary mayhem unleashed when someone seems to have a grudge against the working girls at a Times Square massage parlor, starting with a gal named Rosie (sexploitation staple Jordan) who gets strangled on the job. Her roommate, Gwen (Peabody), winds up falling for one of the investigating cops, Detective O'Mara (Moser), while his chain-smoking partner (Spencer) finds his marriage strained by his interest in the investigation. As it turns out, more massage girls (who kill time haggling over money with their clients and talking about movies like Shaft's Big Score!) are on the list of a serial killer with a twisted moral agenda. The two cops eventually put the clues together to uncover the culprit, but not after some truly weird detours including a high-speed car chase a la The French Connection (with pursuer Moser wearing only a towel) and a visit to colorful media personality Brother Theodore (Gums) who spits out instantly quotable tidbits like "My sleeping pills are messing up my horoscope, and then I listen to rock and roll" and "My tongue is not long enough to give you a full account of what is going on." No kidding!

Originally conceived under the title The Seven Deadly Sins (a title whose full meaning makes this sort of a precursor to Seven, or a successor to The Devil's Nightmare), this is both a priceless snapshot of Times Square at its seediest (preserving some truly m 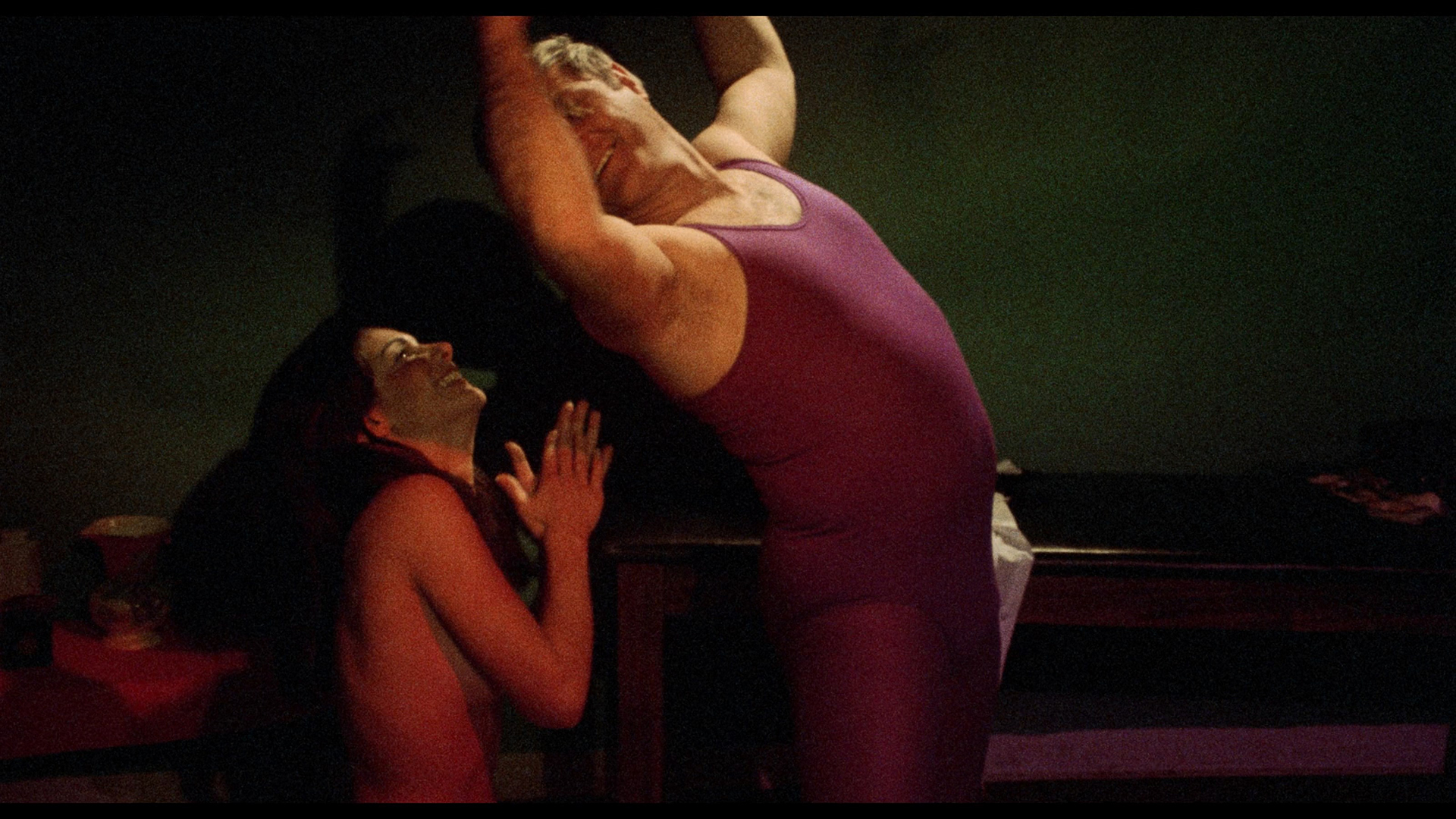 arvelous marquees in amber ranging from Deadly China Doll to Lost Horizon) as well as a frenzied mash up of tropes from other trash classic filmmakers like Ray Dennis Steckler, Doris Wishman, and especially Herschell Gordon Lewis, whose The Gore Gore Girls would make a fine (albeit more extreme) co-feature. The skin quotient is pretty high here (especially considering the official R rating), including an unexpected detour with Moser heading off to a health club where everyone cavorts naked in the swimming pool with a bunch of balloons. However, it's the sparing but sharp violence that really jolts here, particularly the outrageous, borderline avant garde closing minutes when the film suddenly explodes in a barrage of still images, violent flashbacks, and wild experimental electronic music. The entire film is worth this insane payoff alone.

However, Massage Parlor Murders! is also fascinating for the opportunity to see the lovely Peabody, better know for playing the ill-fated Mari in The Last House on the Left under the name Sandra Cassell, in a rare leading role presumably shot just before her turn in Teenage Hitchhikers. She has the good girl part here, of course, leaving the more salacious material (apart from one love scene) to her co-stars and a large array of extras, with Jordan making an impression in her brief but crucial role shortly before she went on to a string of Joe Sar

no films like A Touch of Genie and Misty. Also startling is the presence of character actor George Dzundza (playing Rosie's most peculiar client, nicknamed "Mr. Creepy"), who also associate produced this long before he went on to do a season-long stint on Law & Order and get stabbed with an icepick in an elevator in Basic Instinct. 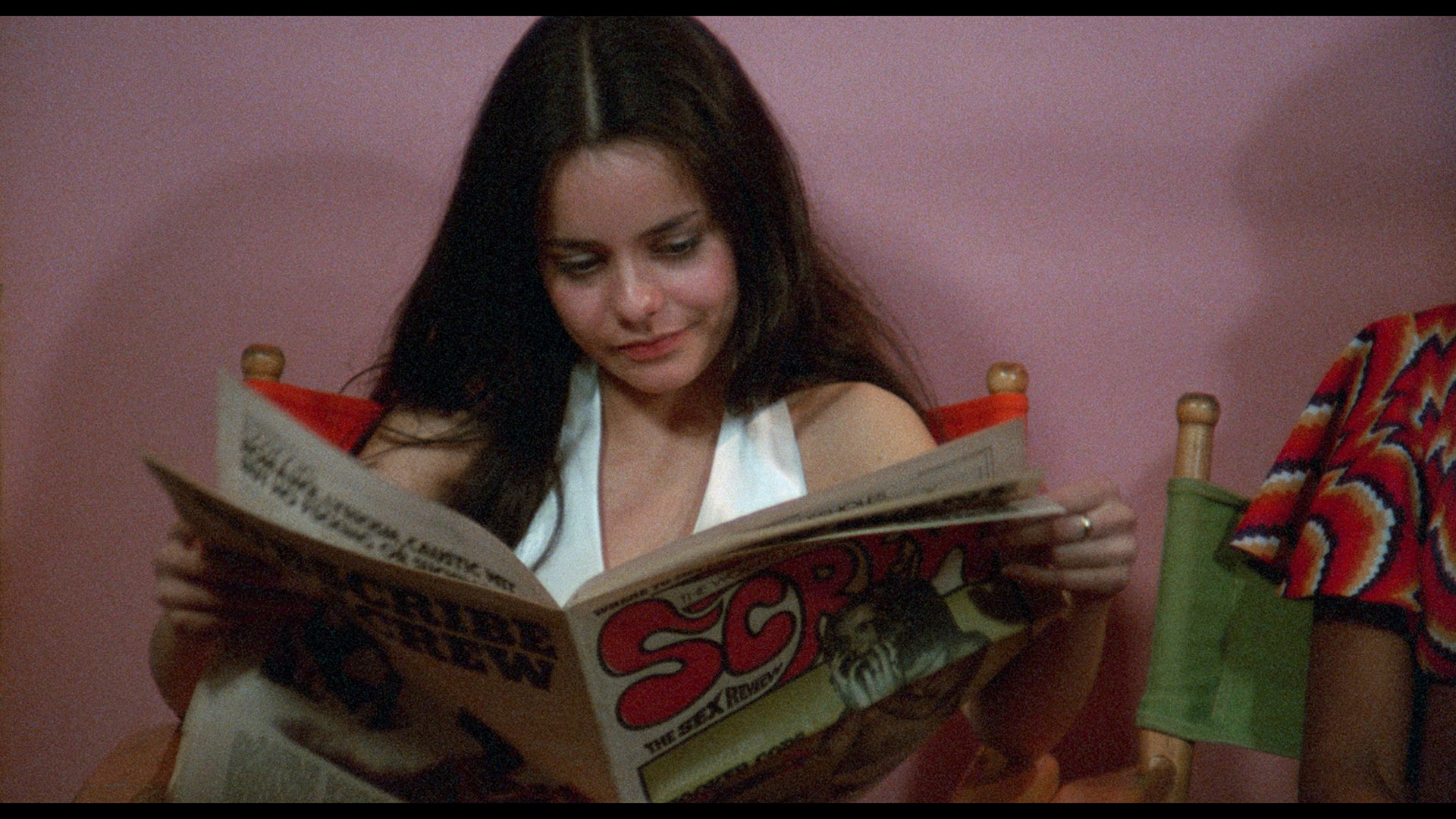 drome dual-format release containing both Blu-Ray and DVD discs is apparently the first home video release anywhere for this film, which has been out of circulation for ages. You'd definitely be best off reading the informative, very useful liner notes by Chris Poggiali (obscure cinema guru from Temple of Schlock) before watching the film, as he pinpoints the film's years of MPAA submission (1973, which sounds about right given the movies playing in the background), its first theatrical release (1974), and its fate in the hands of infamous distributor Edward L. Montoro. You'll also find out more about the actresses, the social significance of massage parlors, and the film's strange connection to chess champ Bobby Fischer, among other highlights. He also speculates convincingly about three sequences most likely shot after principal photography to up the sex, romance, and action quotient; you shouldn't have much trouble figuring out which ones they are.

Now onto the disc itself, with the Blu-Ray being the preferable version of course if you can play it. The transfer from the original camera negative looks great, with no significant damage apart from what appear to be a tiny handful of warped frames. The clarity of the Blu-Ray also points out a few fun oddities, such as the fact that guy killing Jordan at the beginning very clearly isn't the guilty party seen at the climax. The audio (two-channel Dolby Digital mono) doesn't sound like it was ever all that great given some touch-and-go background noise and flat dynamics, but that wasn't exactly uncommon with productions like this. The standard version of the film runs just a couple of seconds shy of 80 minutes, but you can also opt to play a "re-release version" (the Montoro one) which is simply the same transfer but skipping the first six minutes (a prelude between massage girl Anne Gaybis and director Fox as a client), a single-take vignette establishing the film's setting as well as its final potential victim. Also included is a reel of over seven minutes of outtake footage (including some far more graphic and extensive nudity -- and fire twirling! -- in the pool sequence and more Times Square coverage) and the theatrical and reissue trailers under both titles. A fantastic, very welcome release that'll rub you the right way.