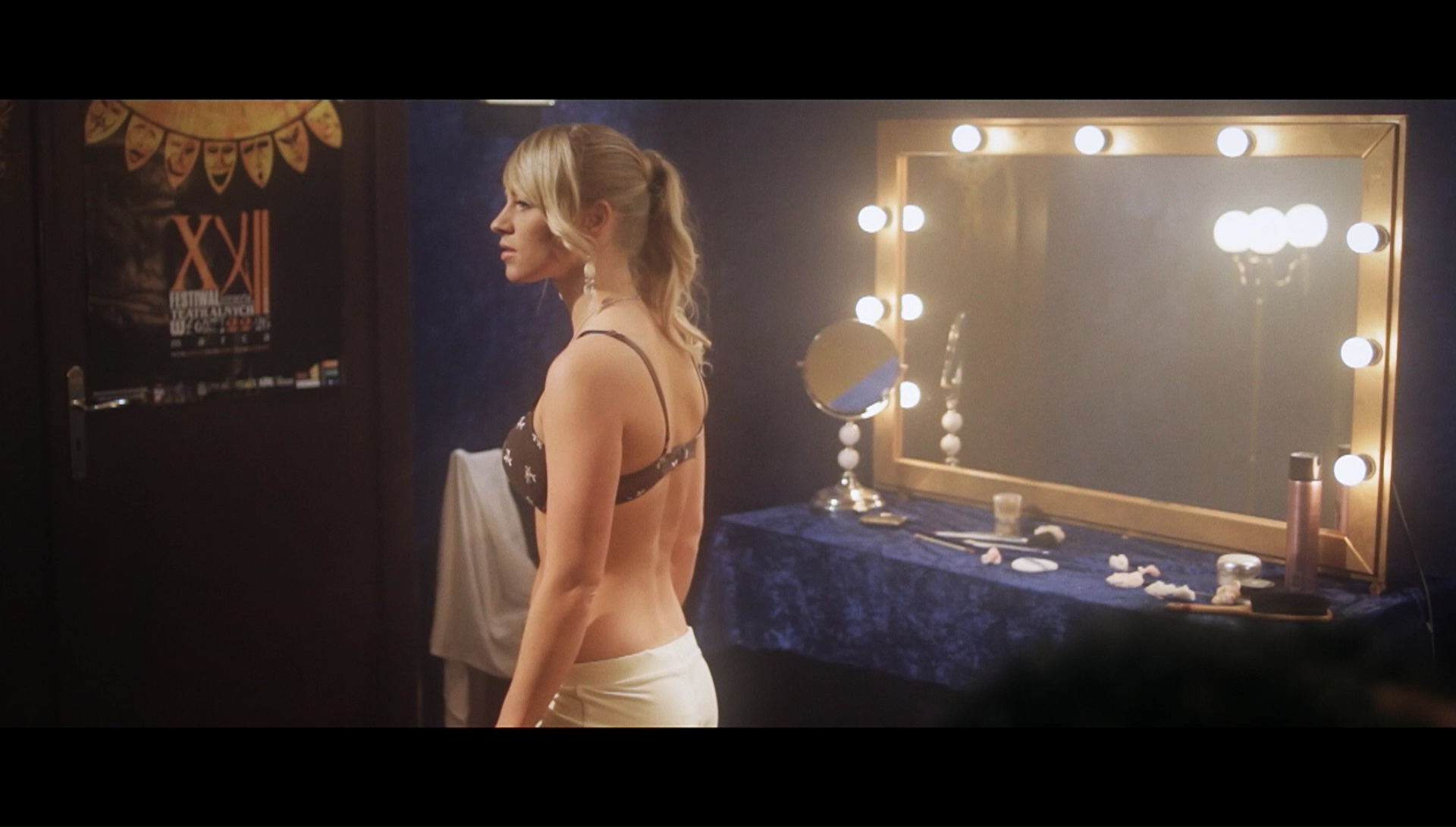 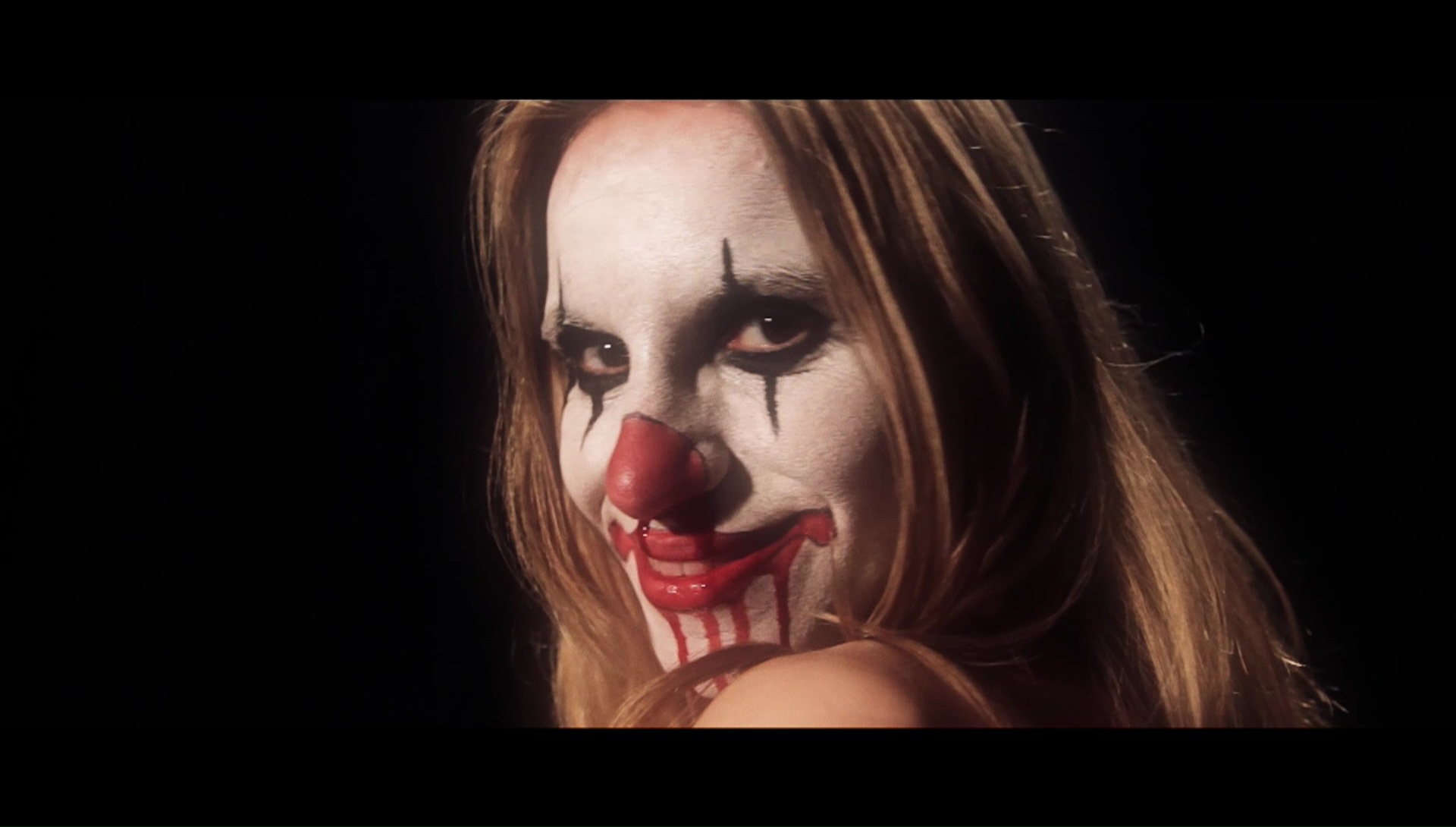 This enjoyable German pastiche of '70s Italian horror films takes a much more direct, plot-heavy approach than some of its more famous competitors (Amer, The Strange Color of Your Body's Tears, Livide), setting a tale of murderous mayhem and possibly supernatural malevolence in a remote acting school for young students. If that sounds a bit like Suspiria and Phenomena, the resemblance is definitely intentional as you get a few shots clearly designed to echo those Dario Argento classics. Fortunately there's also enough originality and inspiration here for the film to stand on its own, using ravishing visuals to cook up a surreal story about the high cost of ambition.

A recommendation to the Matteusz Gdula school brings in a new student, unremarkable but committed aspiring actress Stella (Ermich). The school's mysterious past involves a suicidal Polish founder and an abandoned, off-limits empty wing, all of which take on significance when Stella strikes up an eroticized rapport with Cecile (Witt), the lead in the school's current production. When Cecile disappears and a black-gloved killer with a sharp spike starts prowling the premises, Stella becomes afraid that something nefarious is afoot. That doesn't stop her from accepting a teacher's offer to start "Gdula's method," an extreme technique practiced 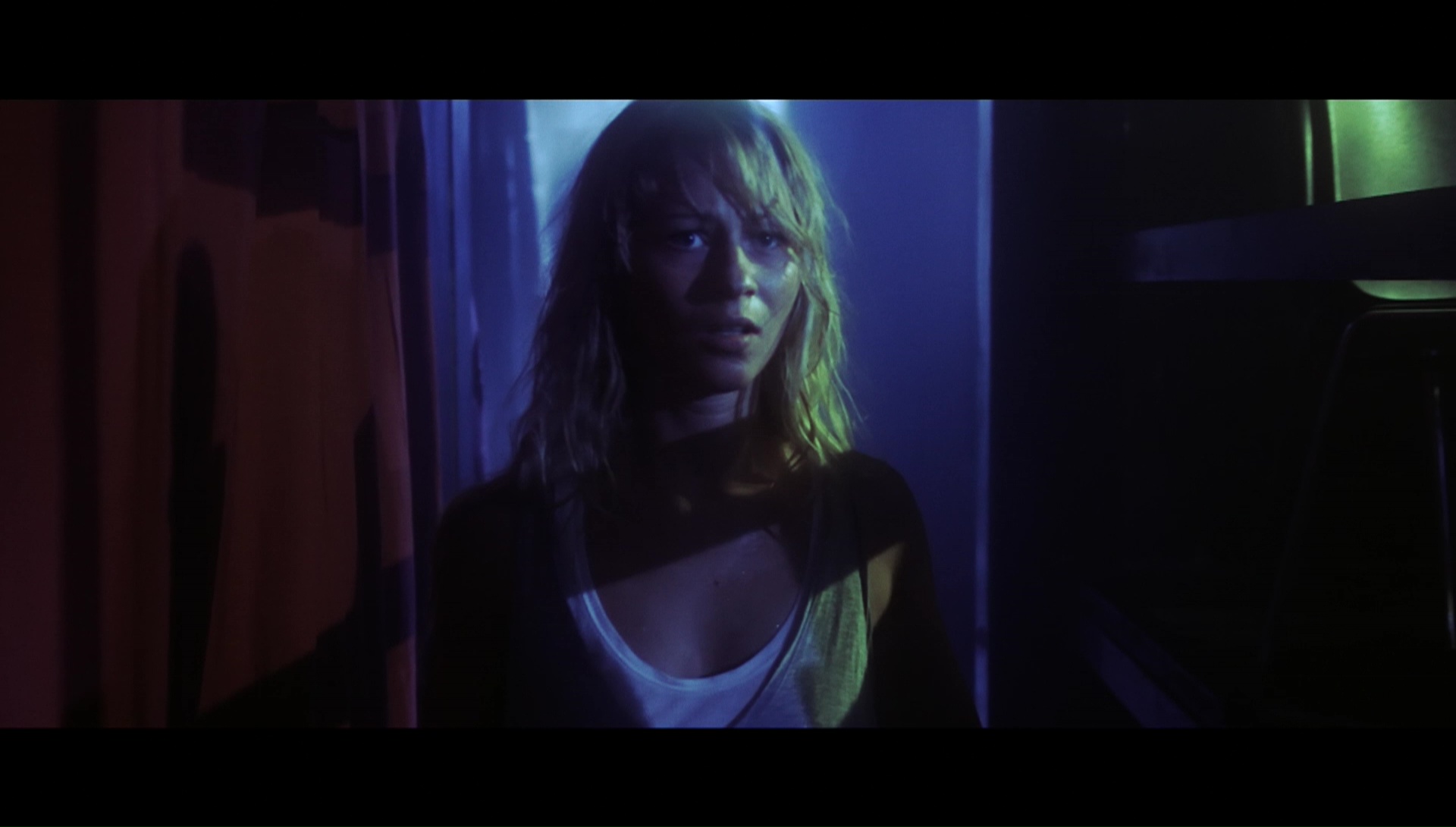 in that empty school wing designed to merge the student's life with their work to create the perfect actor. The initial school lessons involve the practice putting on a mask and letting it take you over, but the advanced stages turn to be much more brutal as Stella soon discovers.

Though it doesn't have the rich, pulsating sheen of an original 35mm Italian production from the '70s, this digitally-lensed production gets about as close as possible given the format with a succession of striking images. 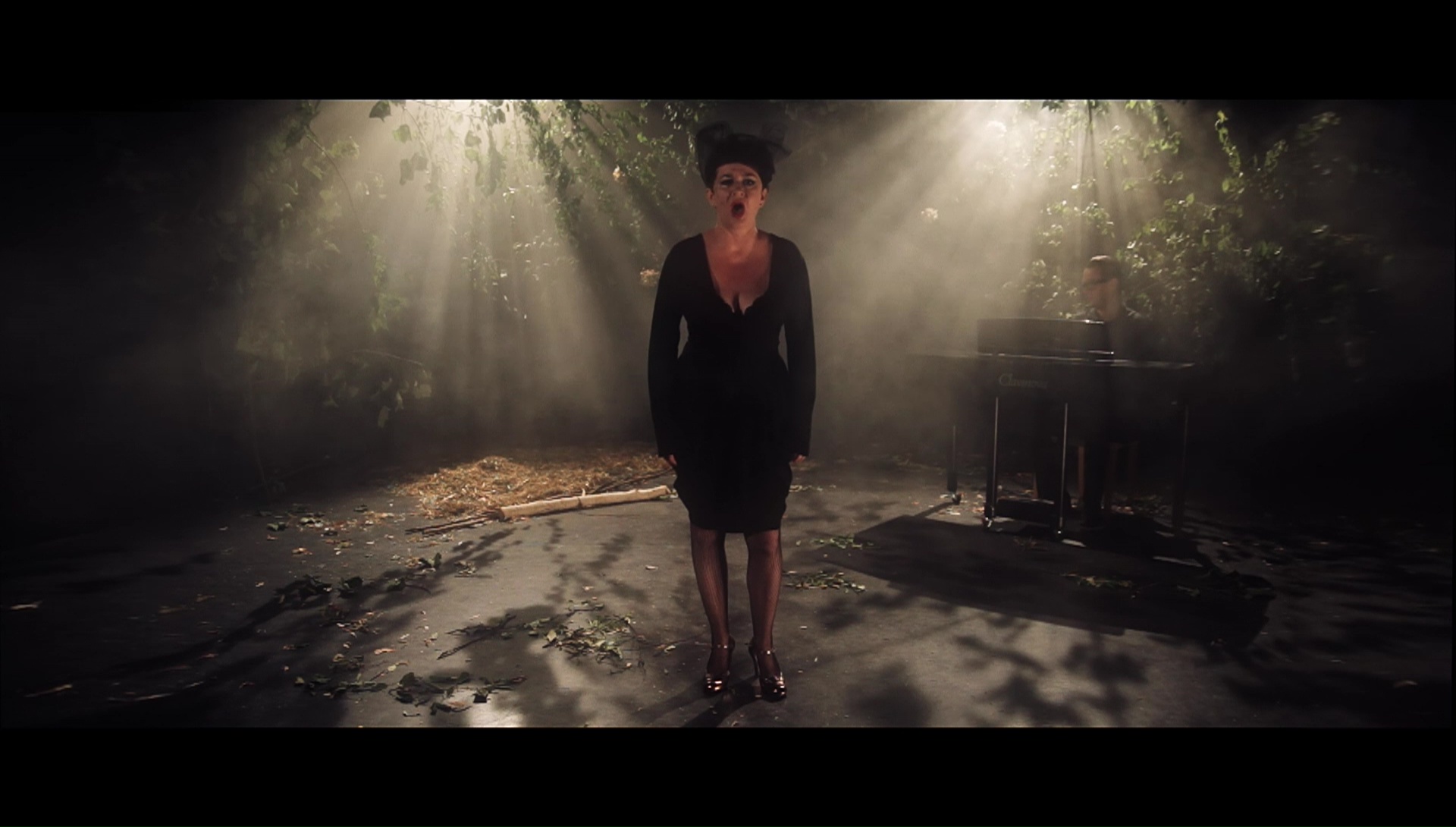 Ermich manages to make for an interesting protagonist, enough that you care about her plight when her estranged boyfriend, Florian (Siller), comes looking for her. The music is also a pleasant amalgam of instrumental rock, pseudo-'50s pop music, and a main theme clearly hearkening back to Watch Me When I Kill. Ultimately the plot doesn't really add up to a whole lot (the actual end game doesn't seem like it would pay off in a terribly useful way), but it's a nicely spooky slice of eye candy that proves Euro horror still has a few tricks left.

The Reel Gore Blu-ray/DVD combo release of this film marks its North American home video debut, sporting a very impressive, colorful transfer that shows off the vibrant cinematography to the hilt. Audio options are German DTS-HD 5.1 and 2.0 with optional English or Spanish subtitles; both sound great, with the 5.1 spreading things out a little bit but not going too overboard with the rear channels. The cover art featuring a nude woman's butt with 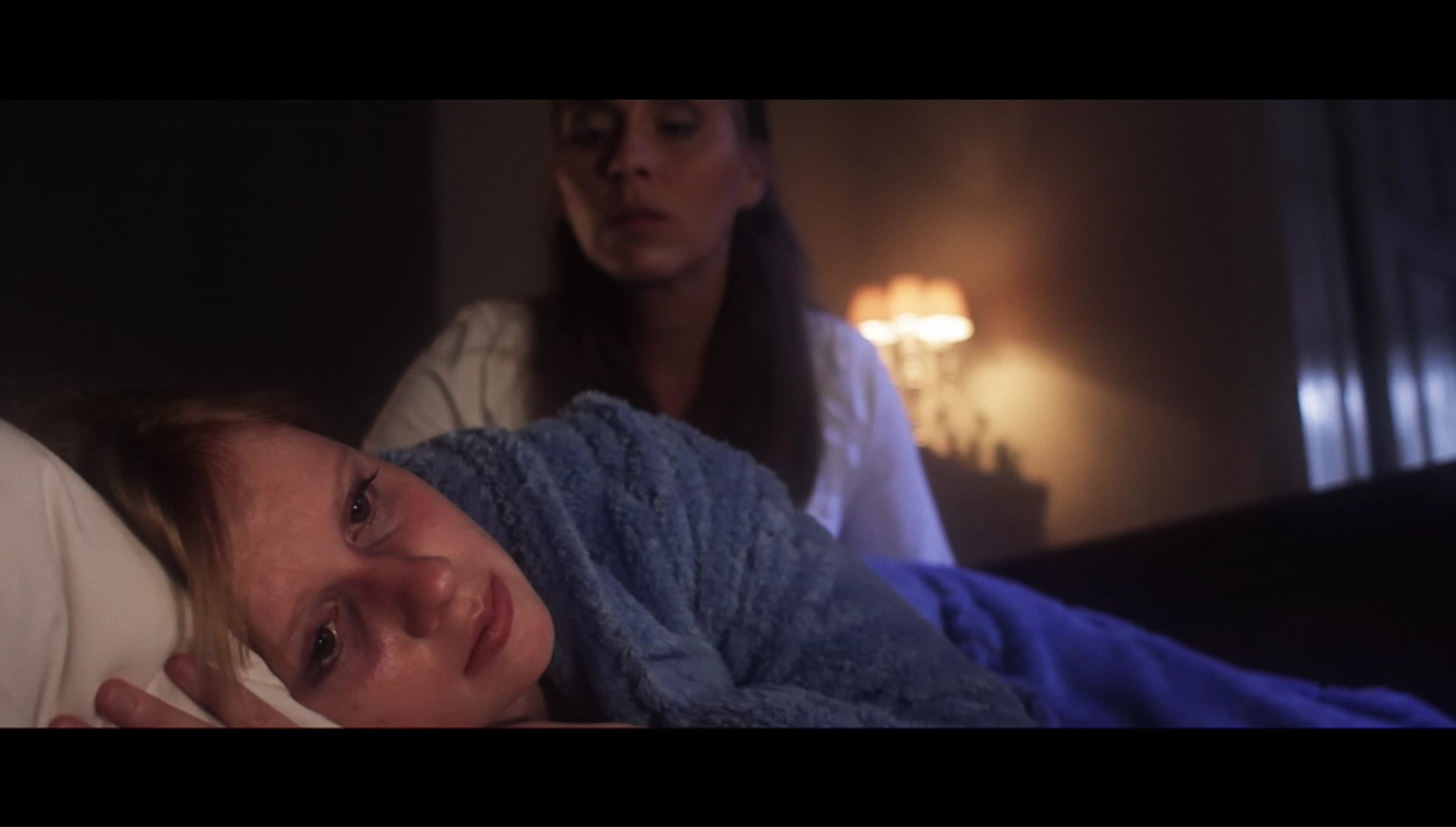 a bloody spike slash promises something very different and much kinkier than what's actually in store; hopefully that won't keep it from finding its target audience.

A 15-minute behind-the-scenes featurette compiles some raw camera footage from the set, including some cool POV spike action and a look at some of the bloodier throat effects. Four minutes of deleted scenes (which may have been in the film's 112-minute premiere cut) essentially feature Stella noticing more weird voices and masks, while the theatrical trailer, 2016 trailer, a promo music video filled with clips from the film, and a slideshow gallery round out the package, which comes in a thick slipcase with a collector's card, a very welcome soundtrack CD, and a liner notes booklet with a letter from director Andreas Marschal (who also helmed Tears of Kali and German Angst), a director's bio, a review by Kier-La Janisse from her House of Psychotic Women book, and a new director interview conducted by Nando Rohner.