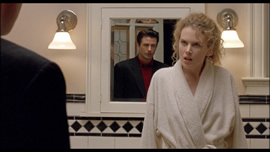 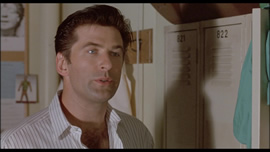 Made at the height of audience mania for twisty erotic mysteries, Malice turned out to be a very different animal entirely as it managed to give viewers three thrillers for the price of one. You want a literate medical/courtroom puzzle? Check. A dark film noir yarn about treachery and lust? You got it. And how about a creepy slasher film? Yep, there's a little bit of that, too. That unorthodox combination made it something of a word-of-mouth favorite when it opened in the fall of 1993, eventually turning into a modest VHS hit from New Line. However, Malice has remained strangely undervalued over the years, which is also an advantage of sorts as its twists have largely remained unspoiled for new viewers.

In a barnstorming performance that picks up right where his classic single-scene appearance in Glengarry Glen Ross left off the previous year, Alec Baldwin dominates most of the film as Dr. Jed Hill, an icy and arrogant surgeon whose new position at a hospital accidentally runs him into an old schoolmate he doesn't even remember: Andy (Pullman), a college assistant dean. Both Andy and his wife, Tracy (Kidman), are jittery about their money woes including a massive 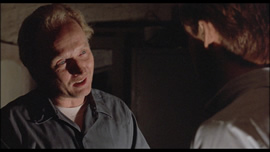 plumbing bill, so they decide to rent out their upstairs room to Jed. That immediately turns out to be a questionable idea as he likes to blast music and bring home strange women at odd hours, which doesn't help Tracy's recurring abdominal pains. Soon things come to a head when Tracy has to get rushed in for surgery conducted by Jed, which results in him possibly 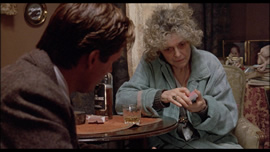 botching the job and the instigation of a malpractice claim. On top of that, Andy is distraught by the presence of a serial murderer and rapist preying on female students (one of them a young, nearly unrecognizable Gwyneth Paltrow), which leads to one of many unexpected twists as Andy tries to piece together what's really going on.

Even more entertaining now than when it was released, Malice was written by a pair of fledgling screenwriters named Scott Frank (fresh off of Dead Again and future scribe of Minority Report and Get Shorty) and Aaron Sorkin, who was mostly known at the time for writing both the stage and screen versions of A Few Good Men. It's a little strange hearing Sorkin dialogue (especially Baldwin's famous "I am God" speech) in what amounts to a trashy potboiler operating far more on sensation than logic, but somehow it all works thanks to the committed performances of a game cast including what amounts to a pair of extended showy cameos for old pros 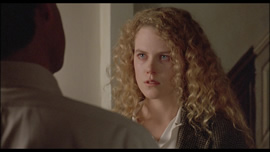 George C. Scott and Anne Bancroft. Weirdest of all, the film now also plays like a prequel of sorts to the Saw series with Jigsaw himself, Tobin Bell, turning up for a small but pivotal role that... well, let's not give anything away but you'll clearly see a connection between the two. The film was also noteworthy as a return of sorts for director Harold Becker, who had scored a significant hit with Sea of Love but disappeared from screens for four years. Oddly enough, he's only directed three films since this one, all thrillers (City Hall, Mercury Rising, Domestic Disturbance) but none quite as good as those in his heyday. 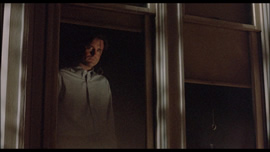 With its shadowy cinematography by veteran Gordon Willis and subdued autumn colors, Malice had a striking but somewhat grubby appearance in theaters that's replicated nicely on the Kino Lorber Blu-ray, a welcome upgrade over the muddled transfer issued several years earlier from MGM (when they inherited the rights to the Castle Rock library). The 1.85:1 framing is actually essential to the film compared to the earlier open matte version seen in broadcast and on VHS and laserdisc, which knocked most of the compositions out of whack and exposed some unfortunate gaffes during Kidman's third act "topless" scene. The DTS-HD MA stereo track does a fine job of replicated the original Dolby Stereo mix complete with an atmospheric and occasionally lyrical score by the late, great Jerry Goldsmith. While it would be great someday to have a Frank/Sorkin commentary about how this nutty plot wound up on paper, we'll have to make do for now with the home video trailer included here (sadly less effective than the theatrical trailer, which is apparently MIA now) and a bonus one for Becker's earlier true crime masterpiece, The Onion Field.