After the success of Rosemary's Baby and The Exorcist, big producers were stumbling over each other to grab the next hot horror property to transform into a star-studded box office hit. Sometimes the results paid off (The Omen); other times they crashed on takeoff (Nightwing). One of 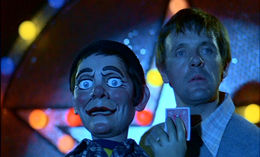 the more curious entires from this period is Magic, based on a very difficult-to-adapt novel by William Goldman (of The Princess Bride fame). Dressed up with a prestigious director (Richard Attenborough, fresh off A Bridge Too Far) and a solid cast of award-worthy thespians, the film fared well enough with critics at the time and earned a few award nominations; unfortunately its box office impact was completely obliterated with a little indie film called Halloween released right on its heels. However, thanks to its unforgettably creepy TV spot and countless airings on HBO through the early '80s, Magic still left enough of an impression to make it a favorite with viewers who like a little psychological depth to their scarefests.

Eager to make a dent on the magic circuit, timid Corky (Hopkins) finds his stabs at fame thwarted until he takes on a foul-mouthed dummy sidekick, Fats. 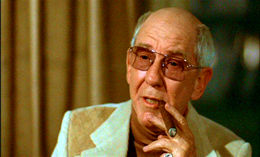 The two become a smash hit, but the demand of a physical examination as a prerequitie for a TV pilot forces Corky to ignore the advice of his slick manager (Meredith) and head for the the mountains for some R&R. There he winds up reconnecting with old high school flame Peggy Ann Snow (Ann-Margret), who's stuck in an unhappy marriage. However, their rekindled romance doesn't sit well with Fats, who tends to kill anyone who stands in his way...

Billed as "a terrifying love story," Magic is obviously guaranteed to raise a few chills by virtue of its premise alone; ever since 1945's Dead of Night, stories of malevolent dummies have been a consistently effective means of creeping out viewers simply by having a dummy slowly turns its head or speak of its own accord. However, Magic has more on its mind and strives to flesh out all of its characters far more than one might expect; while Hopkins is typically fine in the lead, the rest of the cast really excels with juicy supporting bits. Finally gaining some respect after her turns in Carnal Knowledge and Tommy, Ann-Margret delivers another excellent performance, deglamorizing her appearance a bit as the wholesome object of Corky's affections; meanwhile Meredith (with an odd partially shaved head) dives into his fast-talking manager role with his typically hammy gusto. A 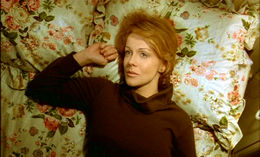 lso worthy of mention is the excellent, harmonica-laced score by Jerry Goldsmith (which never got a soundtrack release until well over two decades later!), while Goldman does a fine job of adapting his novel into a concise, deliberately-paced screenplay (which might be a tad too deliberate for some viewers). Only Attenborough really seems to be slacking off, going through the directorial motions without delivering anything terribly personal or invigorating into the proceedings. He was reputedly brought on simply as a director-for-hire by producer Joseph E. Levine, and it shows; however, the film still offers enough in other capacities to earn a slot in any die-hard horror fan's collection.

Though it seemed to be everywhere on both TV and videotape during the '80s, Magic did a vanishing act from the public eye for several years until well into the DVD era. Unfortunately the film never fared too well on the small screen, suffering from a drab, dark, and virtually colorless transfer that did it no favors; even worse, this version was ported over to the first DVD release in Australia. Fortunately that version can be completely discounted in favor of Dark Sky's special edition, which features a beautiful new transfer that brings out every bit of detail missing before. This aspect really comes into play halfway in the film during a suspenseful nocturnal sequence that was completely incoherent on TV before. The English mono audio sounds fine and comes with optional English subtitles, a nice touch (strangely ignored on the packaging) which comes in handy during several garbled dialogue passages, especially Ann-Margret's final line.

You want extras? First off, yes, the disc does include that notorious TV spot featuring only a single, horrifying shot of Fats (it's on the second special features menu screen) along with an alternate Spanish TV spot. The full theatrical trailer is included as well along with a shorter TV-spot cutdown, but those obviously pale in comparison. Some welcome new extras offer valuable info about the film, such as the 26-minute "Fats and Friends" from Blue Underground's David Gregory. Here ventriloquist Dennis Alwood shows off the Fats dummy and talks about the film (following a quick overview of similar horror projects) and lets loose with behind-the-scenes trivia. Then cinematographer Victor J. Kemper appears for a much shorter (12 minute) chat about his intentions for the visual scheme of the film. The rest of the supplements are interesting oddities pulled from the vaults: a Hopkins radio interview (played over outtake footage from the film), a Hopkins interview on the set for European TV, a silent Ann-Margret make-up test, a stills gallery, and radio spots.