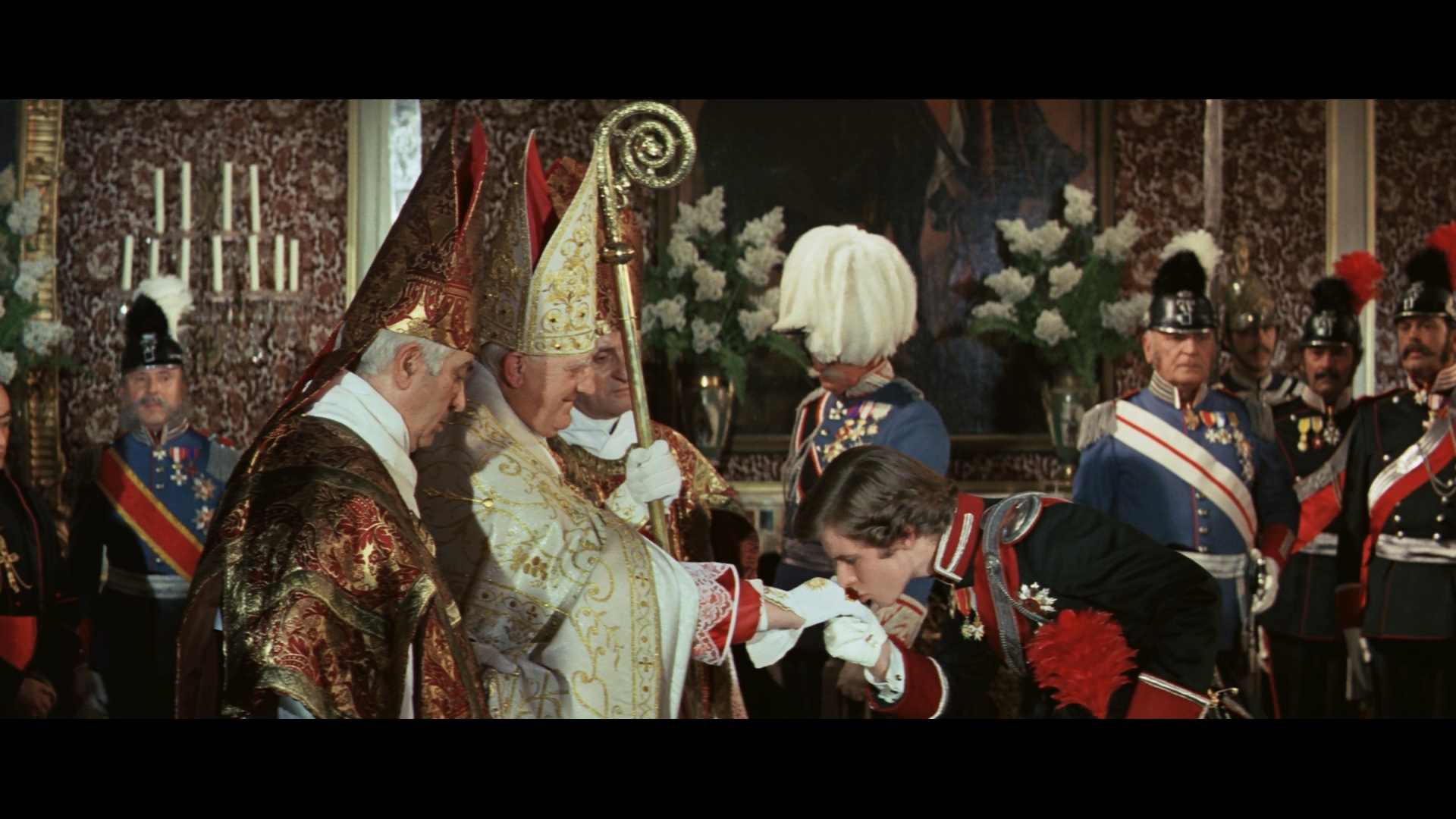 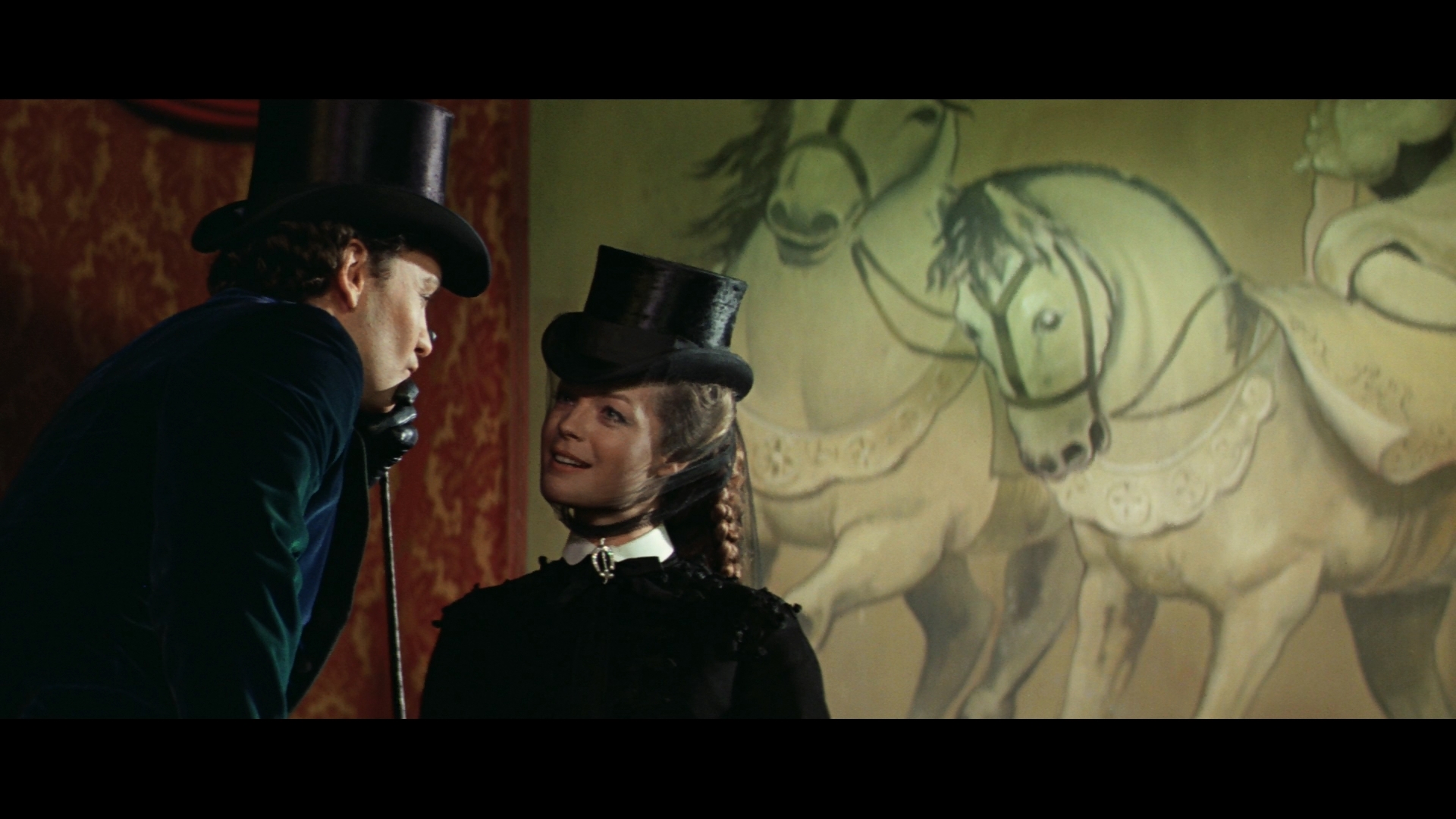 Italian director Luchino Visconti was riding high in the early ‘70s with one of his greatest commercial and critical successes, Warner Bros.’ Death in Venice in 1971, playing a major part in the art house tidal wave of the period and offering a stark contrast to his previous film for that studio, the controversial and frequently censored The Damned. That latter film was the first starring vehicle for Visconti’s muse and companion, actor Helmut Berger, whom he had discovered and cast in a brief role in the surreal anthology film, The Witches. A strange and striking presence, the Austrian-born Berger was rapidly ascending in the world of European cinema around that time with roles in Dorian Gray, The Bloodstained Butterfly, and most notably, The Garden of the Finzi-Continis.

Therefore it made perfect sense for Visconti and Berger to team up again for what would prove to be the longest and most ambitious film of either’s career: Ludwig, a sprawling Italian-French-German co-production about the famous “Mad King” of Bavaria, Ludwig II, whose reign in the second half of the 1800s from late adolescence to his death was marked by turbulence, indulgence, and bisexuality, all of which contributed to a legend that still endures today.  Berger plays the monarch through the decades here moving through a colorful cast of characters and events 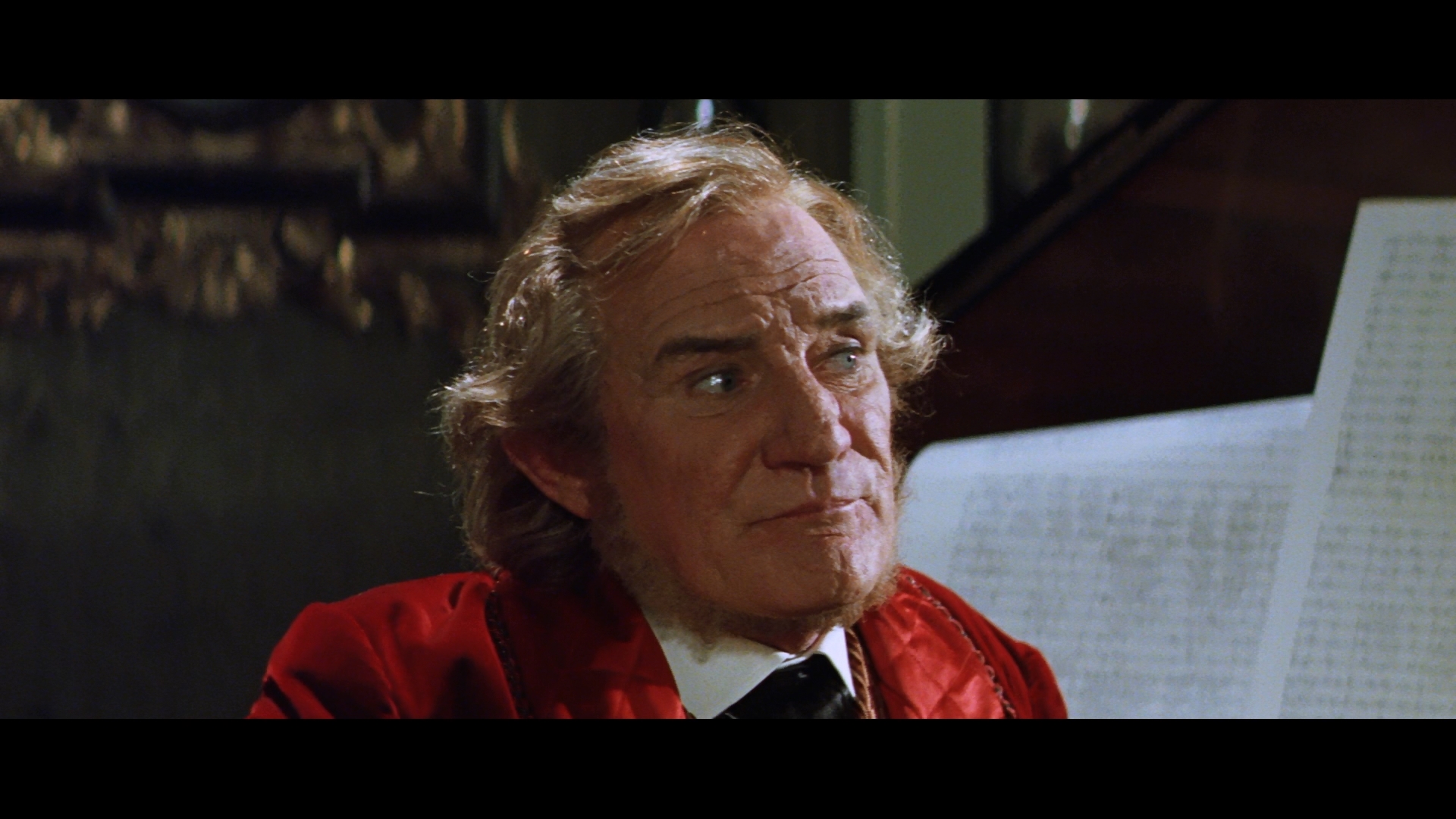 including his patronage of composer Richard Wagner (Howard), his infatuation with his cousin (Schneider, returning for a very different interpretation of her signature role as Austria’s Empress “Sissi” Elisabeth), and his elaborate taste in castles that resulted in tourist attractions today but had him branded in his time as an irresponsible lunatic. 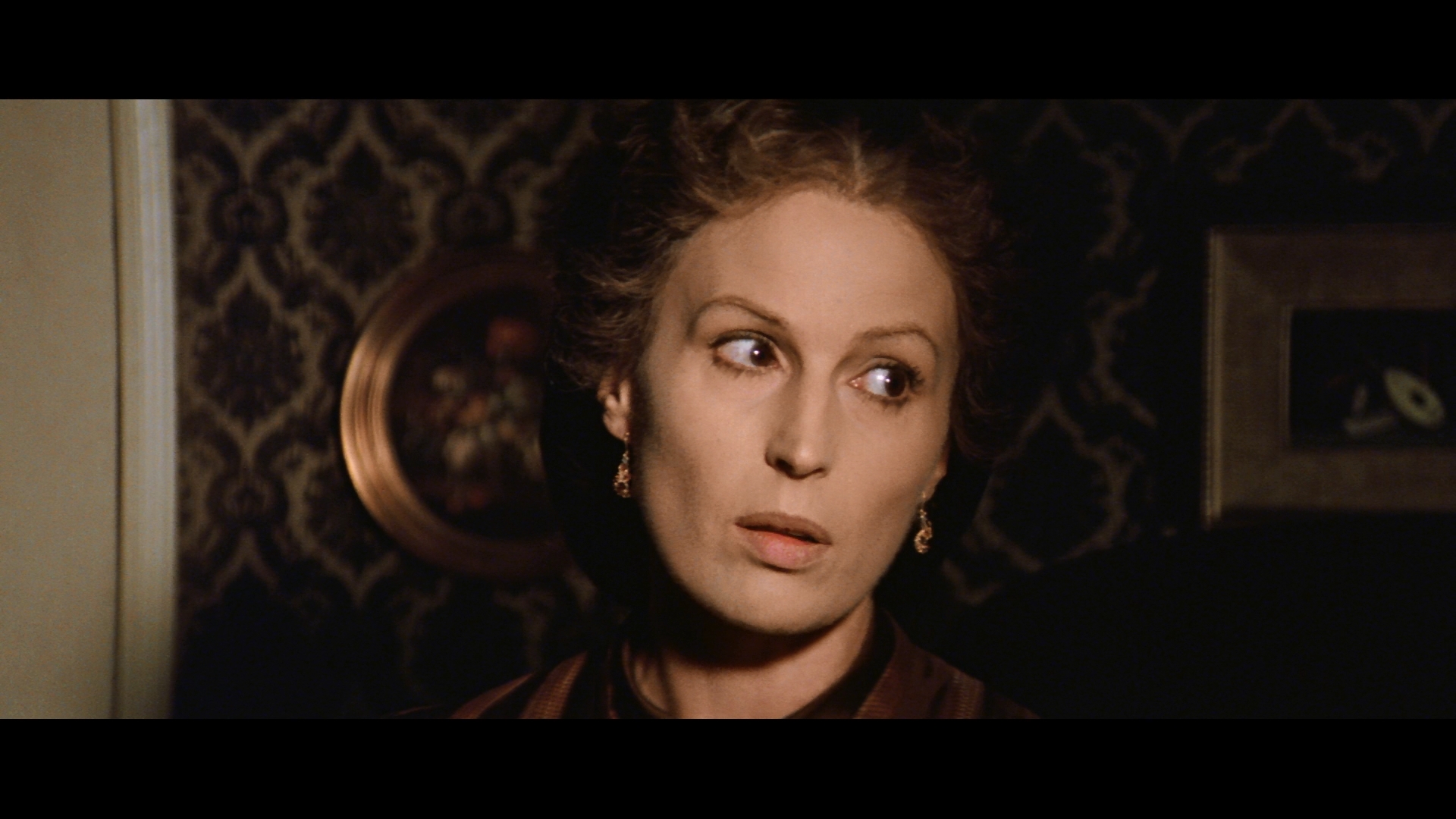 A rich, fascinating experience if you just kick back and go with the flow, this is essentially an opulent, self-indulgent vanity project at the core-- but somehow that seems appropriate given the subject matter. Berger’s natural snippy cadence was never more appropriate, especially once the character’s fondness of rich food and sweets takes its toll on his appearance, and the sense of deterioration creeps in as the visuals become more ornate including an underground cave and lake adorned with naked bodies that has to be seen to be believed.As a biopic it's perhaps less useful, though the evocation of Bavaria in its waning royal days is fascinating and the Wagner material is especially strong with great performances by Howard and, as his manipulative wife Cosima, the always welcome Silvana Mangano. For a really psychotic Wagner-themed double feature, try pairing this up with Ken Russell's Lisztomania and see what happens.

Brutally hacked down to 173 minutes for its U.S. release by MGM, Ludwig has long been something of a mystery in the Visconti canon. The American version was a complete mess, dropping the narrative device of having multiple supporting characters narrate to the camera explaining what’s happening in Bavaria at the time; as a result, very little in the film made any sense at all, resulting in a barrage of terrible reviews and audience indifference. Over the years, 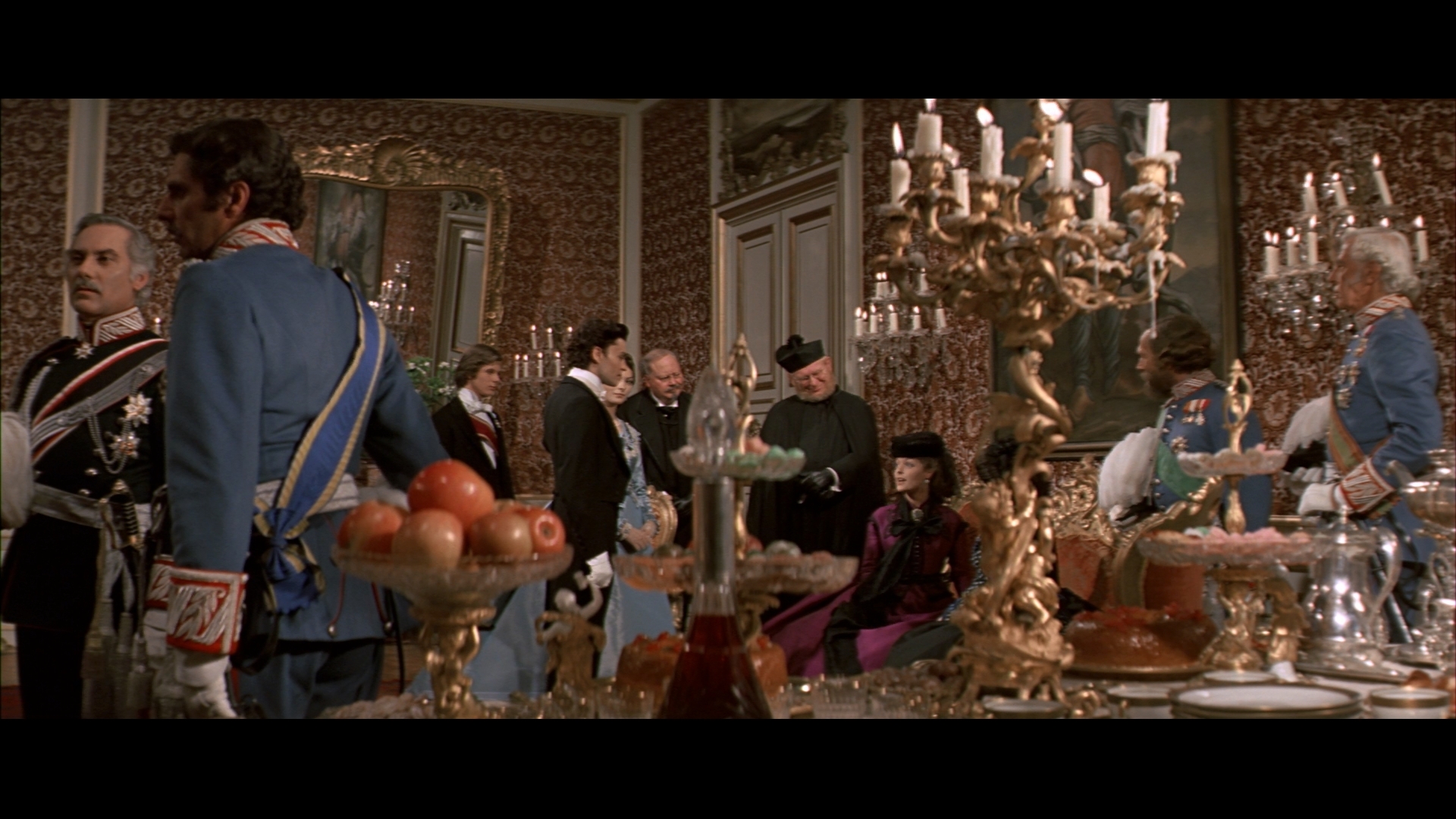 various versions with different running times and various language options have floated around, just adding to the confusion. 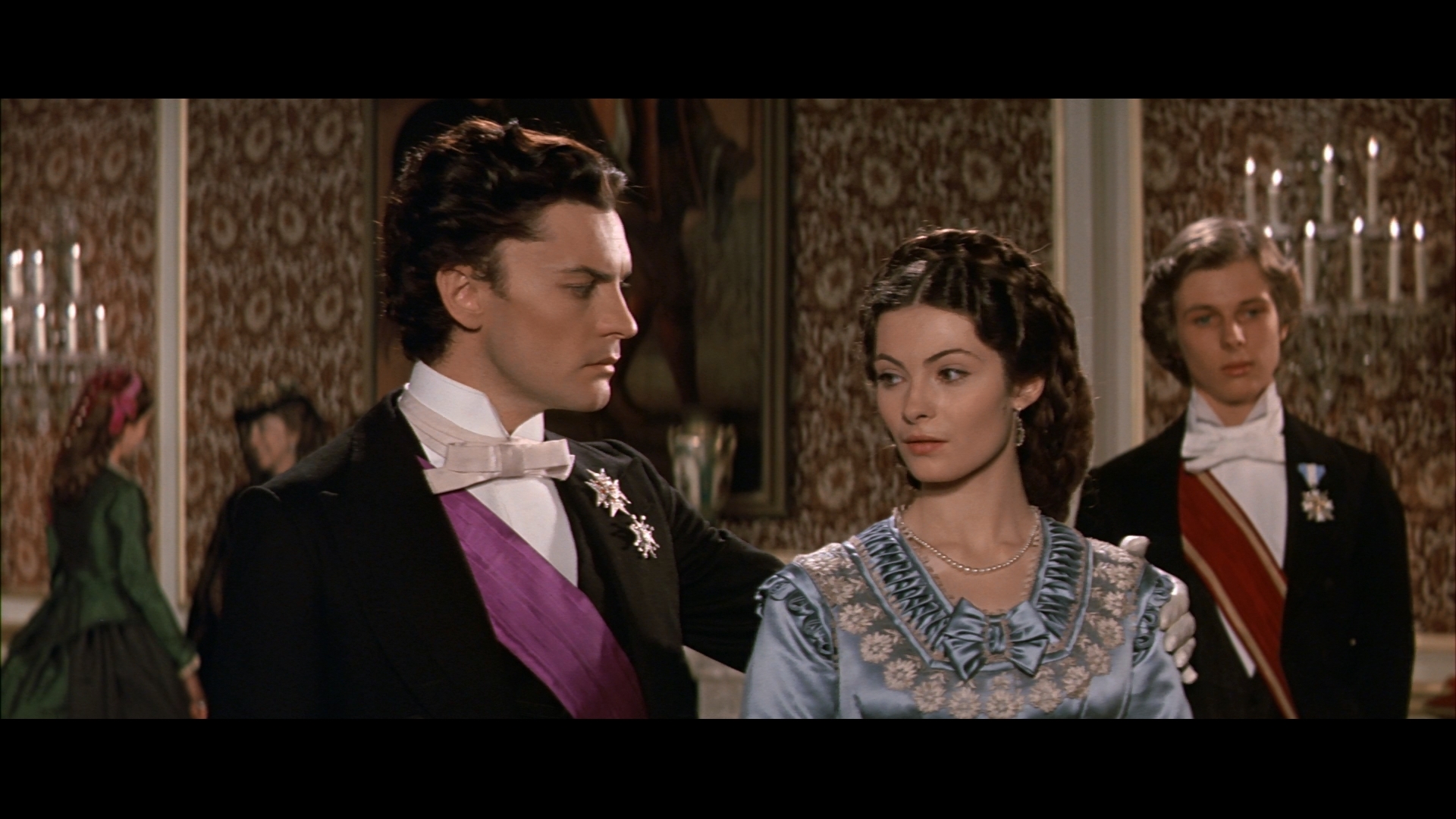 The “complete” restored version has been the de facto one for most home video releases, usually presented in Italian with English subtitles or the appropriate language in various European countries, such as Germany and Austria (where it enjoys the highest level of popularity). Interestingly, Visconti shot the film entirely in English with the actors providing their own voices, a rarity for an Italian-involved production at the time, but that track seemed to disappear entirely after its initial U.S. theatrical run. Visconti often shot his films with major players speaking English (Burt Lancaster in The Leopard, several cast members in The Damned, etc.), and his far more intimate film after this one, Conversation Piece, really only works at all if you watch it in English. However, the English version of Ludwig seemed to be banished for decades for some reason despite the fact that the Italian track is a weirdly distanced, alienating experience that bears little connection to the actors’ real voices or what they’re saying.

Fortunately that English version – or what exists of it – can finally be heard in the 2017 Arrow Academy dual-format release, which reinstates it for both the film’s longest theatrical edition and the five-part television version created for Italian TV (and which previously appeared on DVD from Kinowelt in Germany). It makes a huge difference hearing actors like Trevor Howard, John Moulder-Brown (The House That Screamed), Romy Schneider, and Berger himself finally in synch and speaking with their own voices, and for the fragments that were never synched up with the English track, Italian audio with English subtitles has been dropped in (a la Deep Red). Standard English SDH subs are offered as well, and the usual Italian track can be played with optional English subtitles. Previous home video releases before the 2016 German (non-subtitled) Blu-ray were a pretty sorry bunch, including unwatchable flat letterboxed transfers in the U.S. and U.K., but the new HD presentation is beautiful and finally restores the lustrous colors you normally associate with Visconti films. Black levels also look nice and rich, with fine detail and film grain looking more than satisfactory. 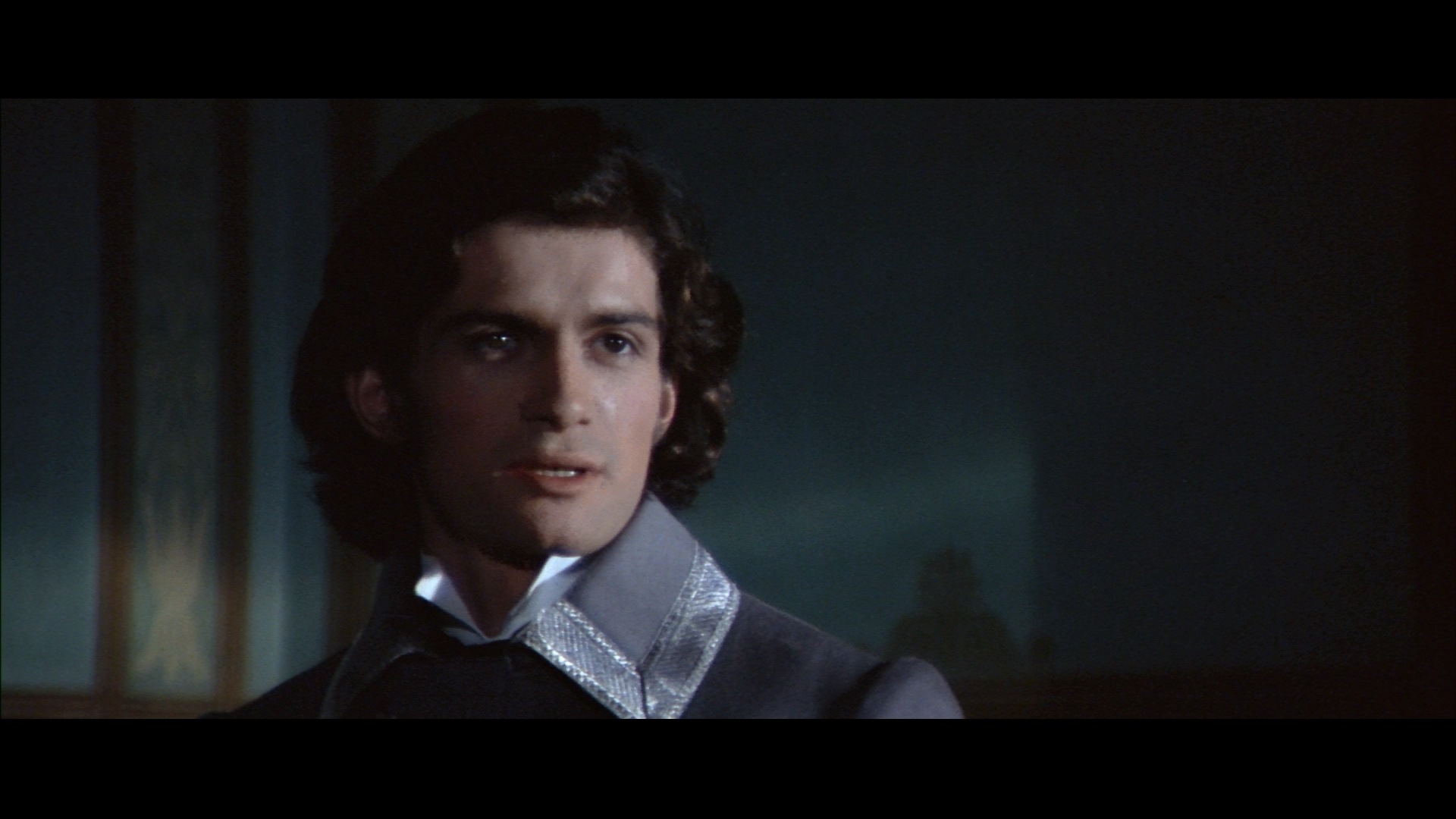 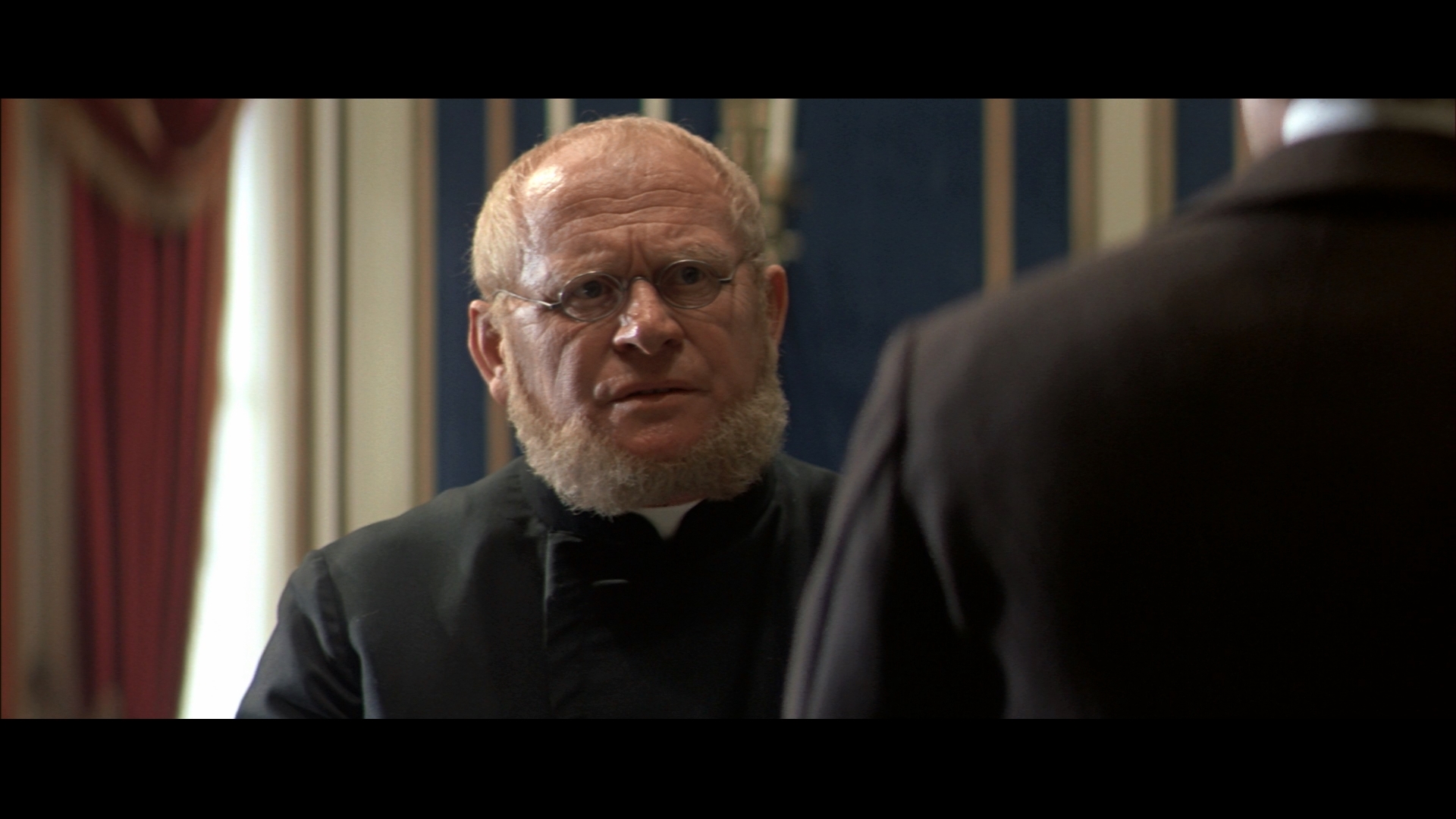 Part one of the theatrical cut (126 mins.) is presented with LPCM Italian or English audio options, with either English SDH subs for the entirety, English translated subs for the Italian, and occasional English for that dub where a few portions were only recorded in Italian. (Got all that?) Prepared for Italian TV, the miniseries version isdivided up into multiple episodes (with running times of 47:45, 55:29, and 52:55). Extras on the first disc include a pair of English audio excerpts that couldn't be matched to the master of the film itself, the Italian trailer for the film's extended reissue, a typically frank and often hilarious catty new 16-minute interview with Berger (from the same session as The Bloodstained Butterfly featurette) covering his personal and professional relationship with Visconti focusing on this incredibly intense, dialogue-heavy project, and the hour-long Carlo Lizzani documentary, Luchino Visconti (previously issued years ago as a standalone DVD by Image Entertainment and also seen on the German, US, and UK DVDs), featuring copious interviews including Burt Lancaster, Francesco Rosi, Claudia Cardinale, Volker Scherliess, and Lizzani himself.

Disc two continues with the second half of the theatrical cut (112 mins.), plus the remaining two episodes of the TV version (47:58 and 53:35). That brings the full TV edition out to just over 255 minutes versus the theatrical's 238 minutes, but since the TV version also adds very long end credits to each episode and an opening sequence as well, the difference is actually negligible and basically depends on how much of a viewing marathon you'd like. The TV version is completely uncensored with the fairly innocuous frontal nudity still intact, and the 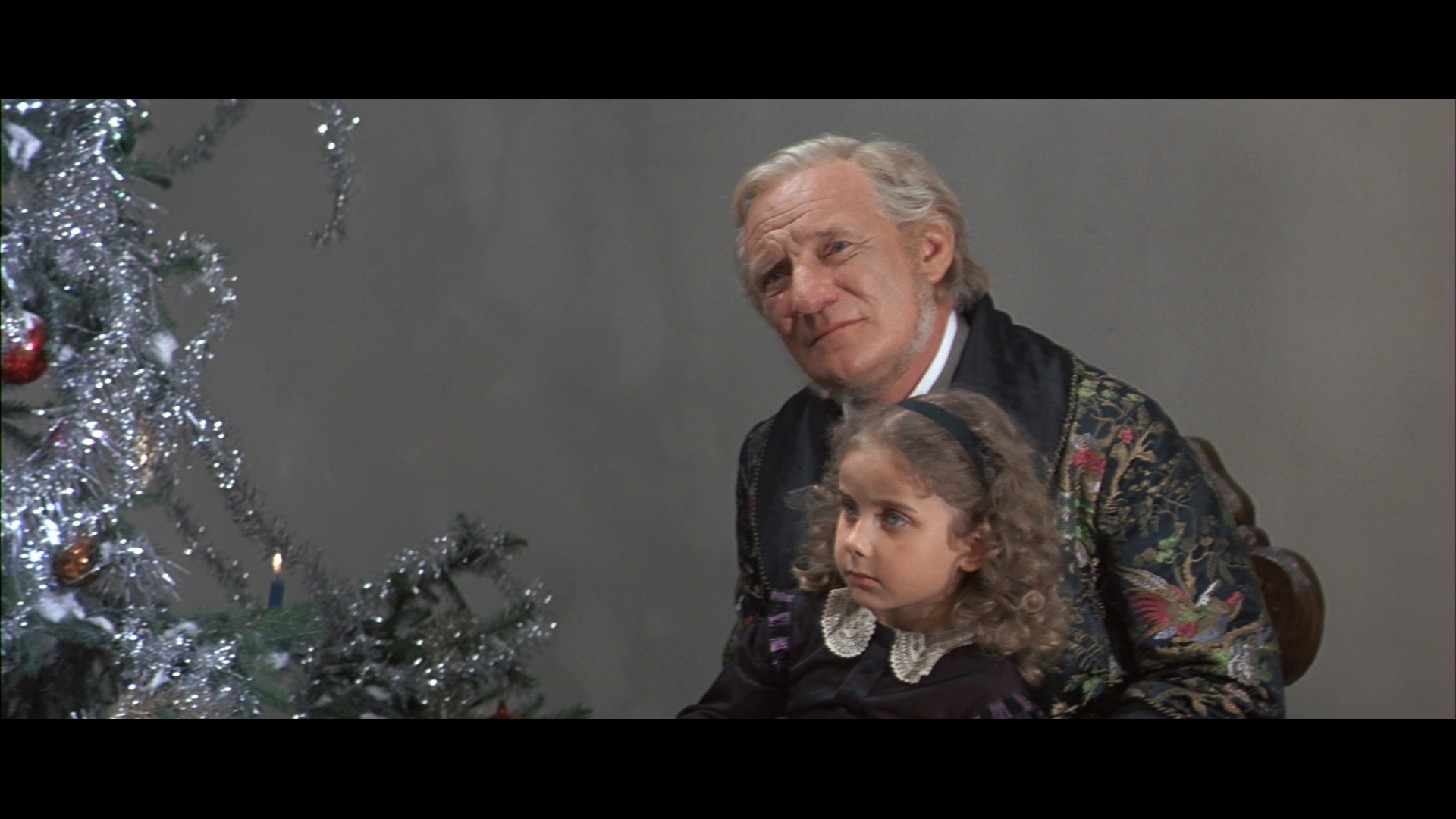 differences amount to a handful of scene extensions and some additional narrating to the camera by some of the supporting players. In "Producing Visconti" (14 mins.), producer Dieter 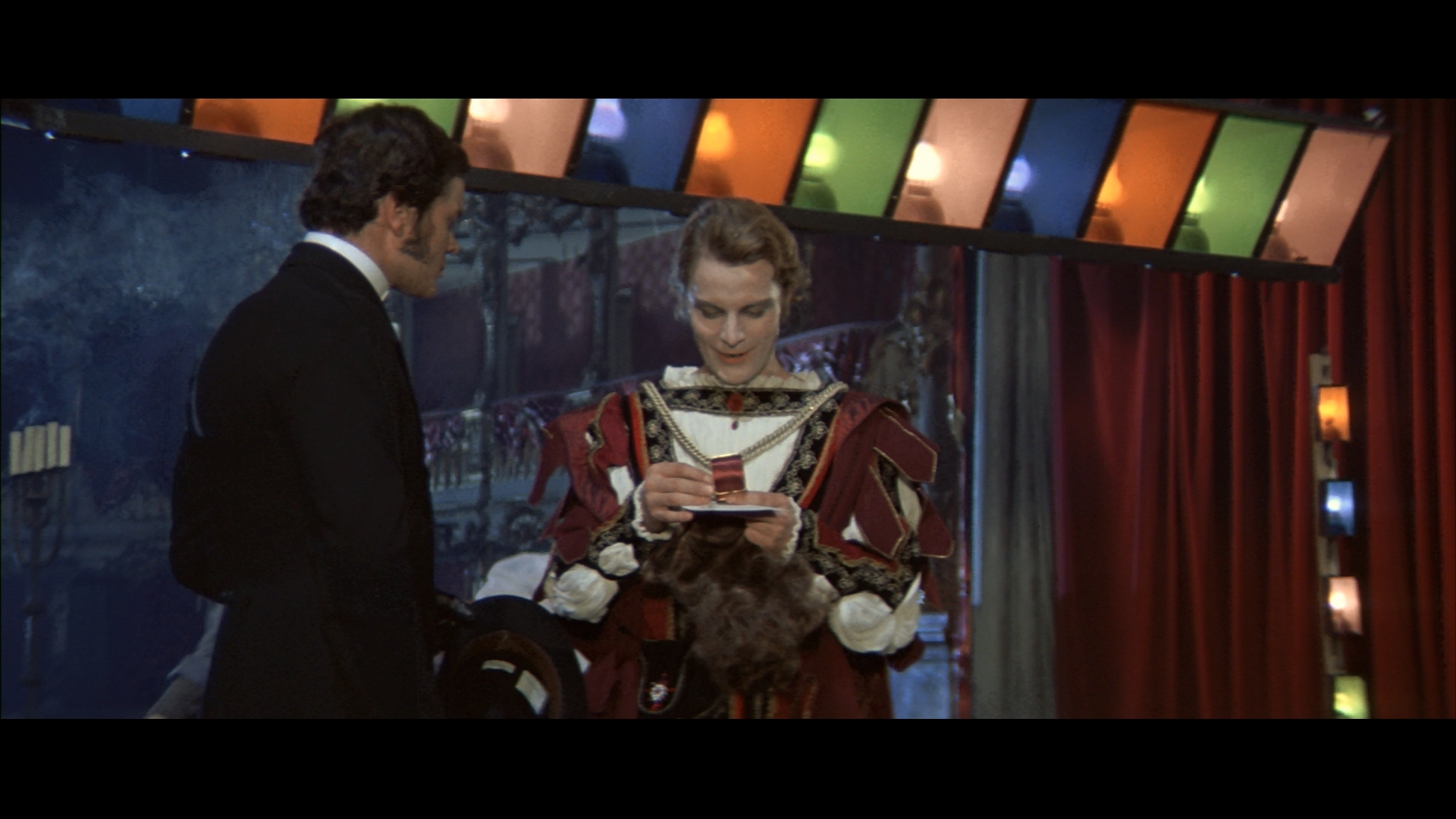 Geissler recalls how the story was brought to his attention by Visconti and became one of the most expensive European productions of its era, with other financing parties already darting in and out before it was even undertaken and one even clashing so badly with the director he was banned from the set. In "Speaking with Suso Cecchi d'Amico" (48 mins.), a special made for Italian television, the venerable screenwriter talks about getting started early in the Italian film era and working with a number of directors including Visconti, Franco Zeffirelli and Mario Monicelli from the days of neorealism into the 1990s. Finally, "Silvana Mangano: The Scent of a Primrose" (31 mins.), also made for Italian TV, shines a spotlight on one of the most beautiful and talented actresses of her era, with numerous friends, relatives, and collaborators including Lazzani and Piero Tosi painting a portrait of how she rose to fame from a modeling career to becoming an indelible face of 1960s European cinema with films like Bitter Rice, Teorema, and Conversation Piece. The latter two pieces were previously seen on the UK DVD as well. The first pressing of the four-disc set (with two DVDs replicating the same contents) also comes with a liner notes booklet by Peter Cowie. 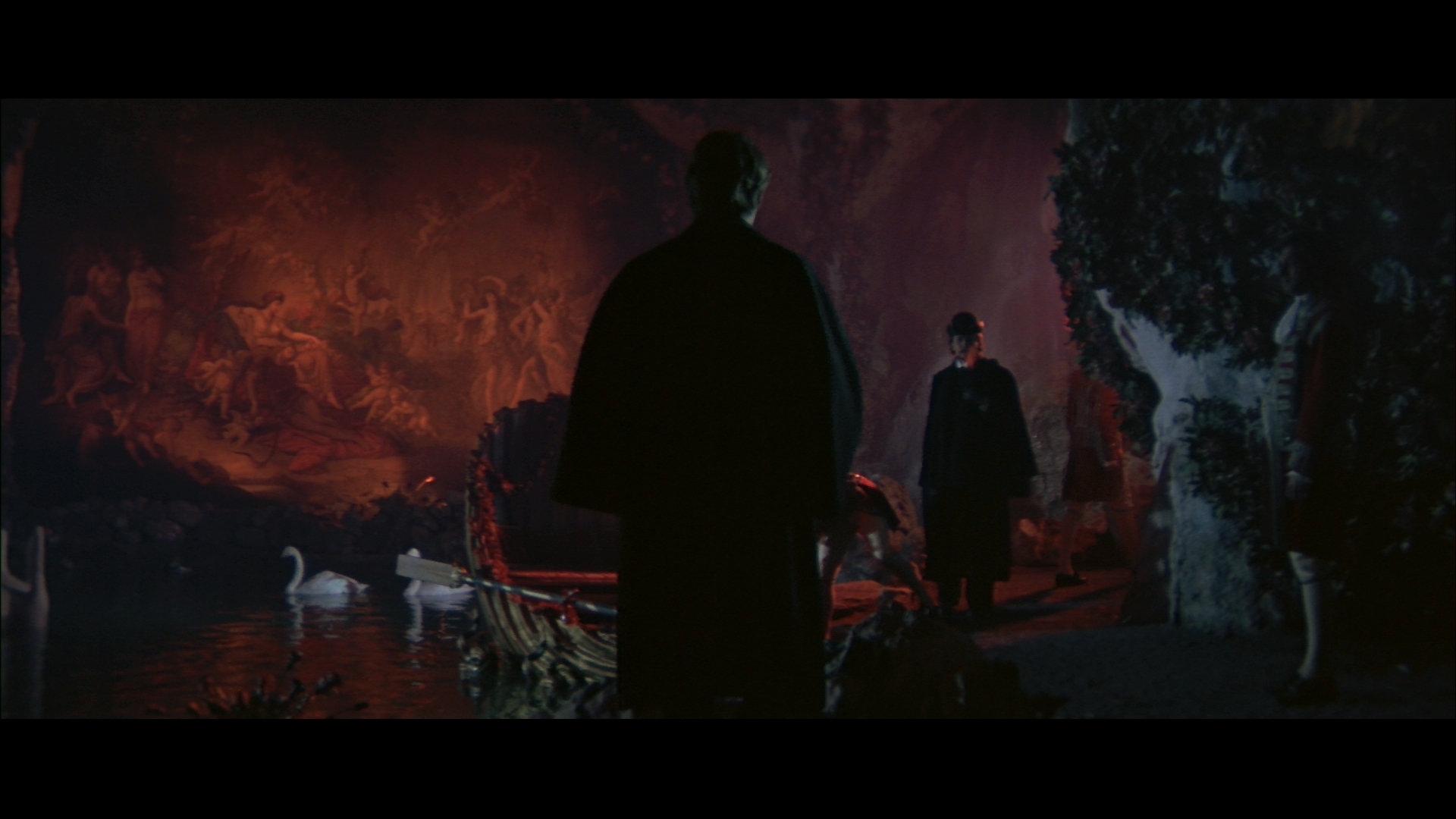 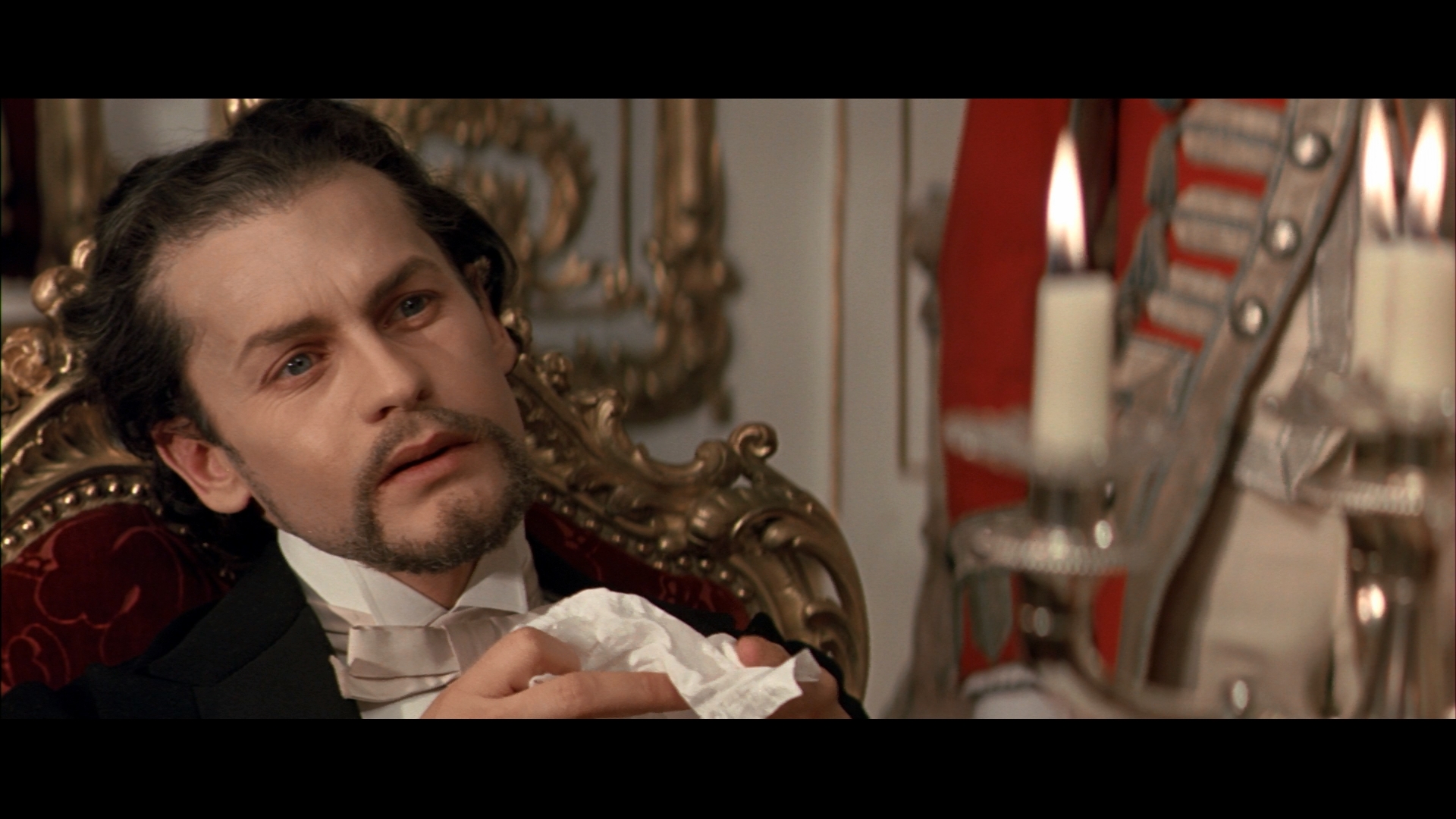 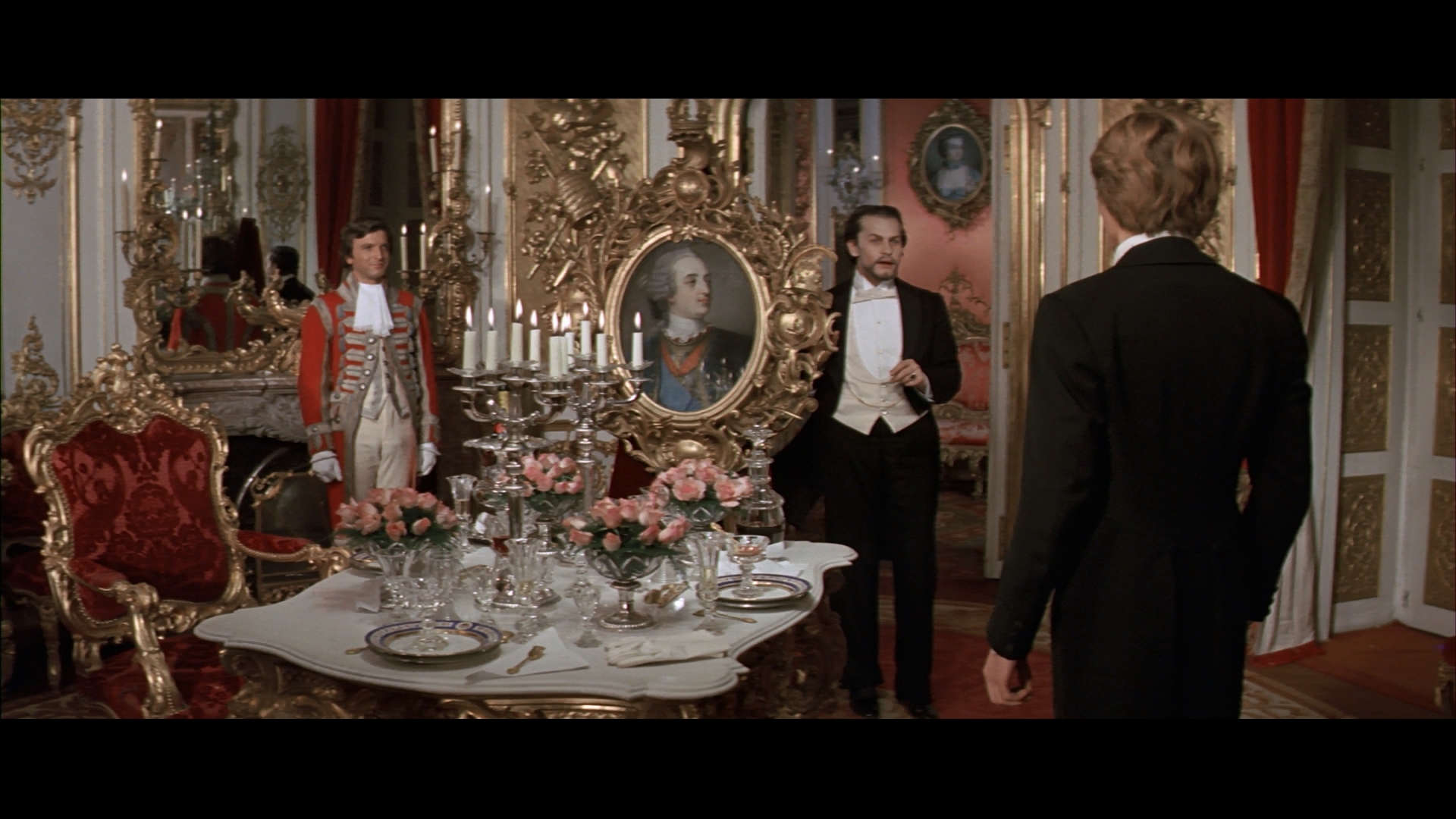 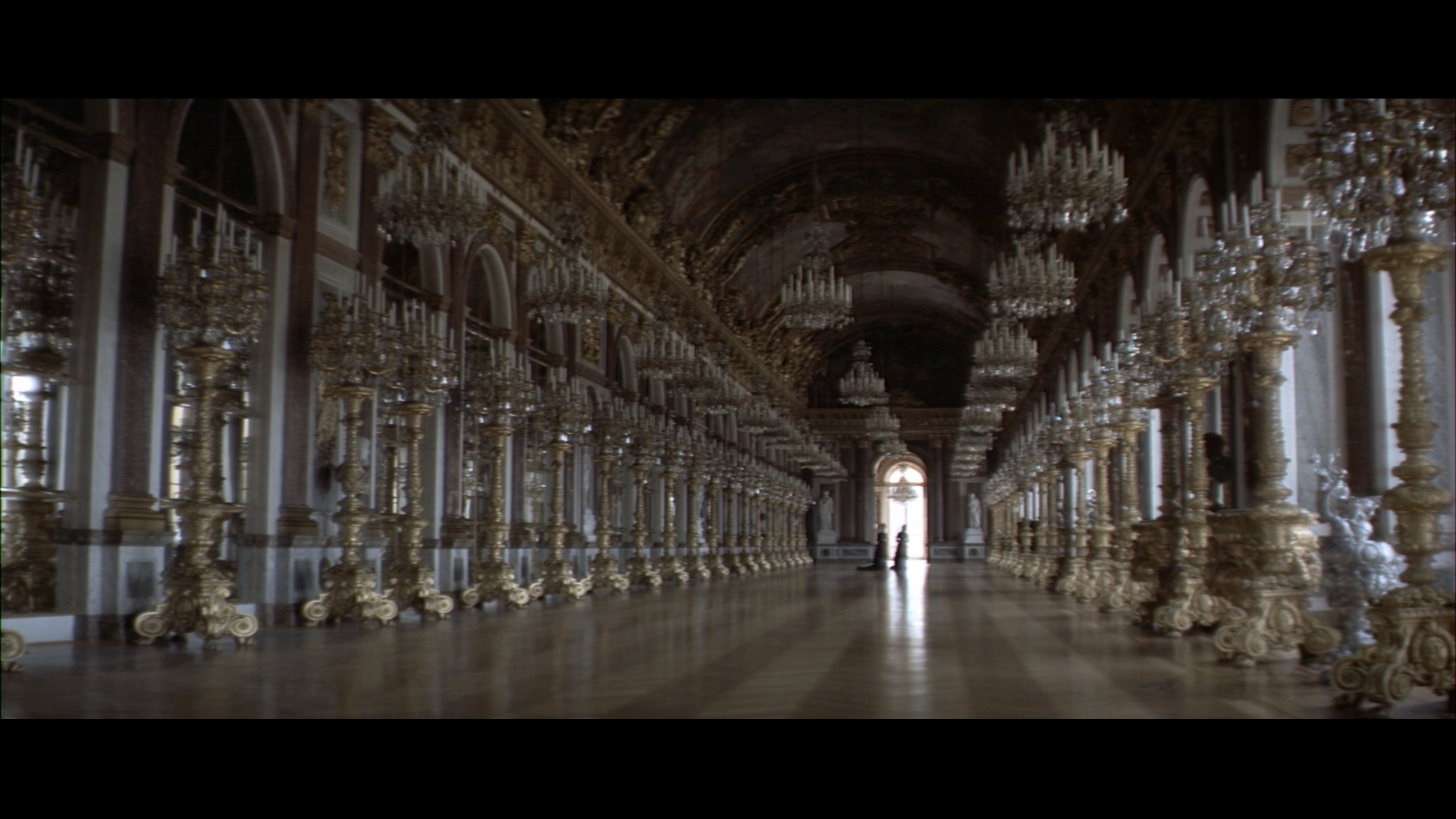