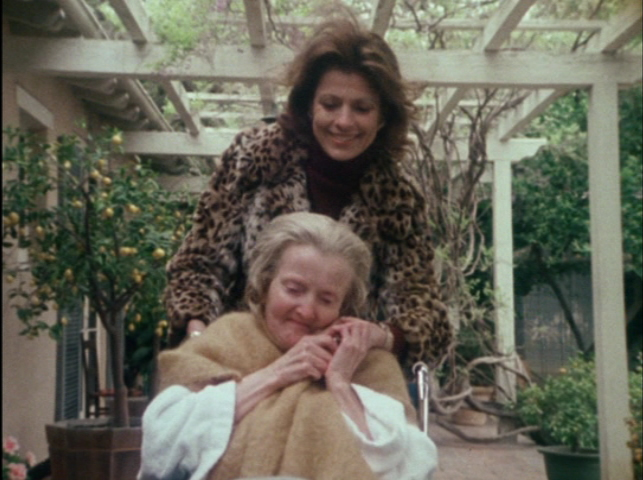 Women's Liberation was quite the hot topic in the '70s, resulting in major pop culture breakthroughs like Ms. magazine and films like Diary of a Mad Housewife. Theater and literature were also swept up in the cultural tide, and if you were looking for a cinematic artifact that represents the movement at its apex, nothing could fit a Women's Studies course better than Legacy. Barely noticed upon release and completely forgotten today, this film was the first directorial effort by Karen Arthur, who went on to helm the nutty monkey-incest-feminist opus, The Mafu Cage, along with a ton of TV movies and series. The focus here is Bissie Hapgood, the creation of star Joan Hotchkis who originated the role onstage, and the entire film is basically a monologue interspersed with flashbacks covering Bissie's dissastisfaction with her "happy" domestic life. 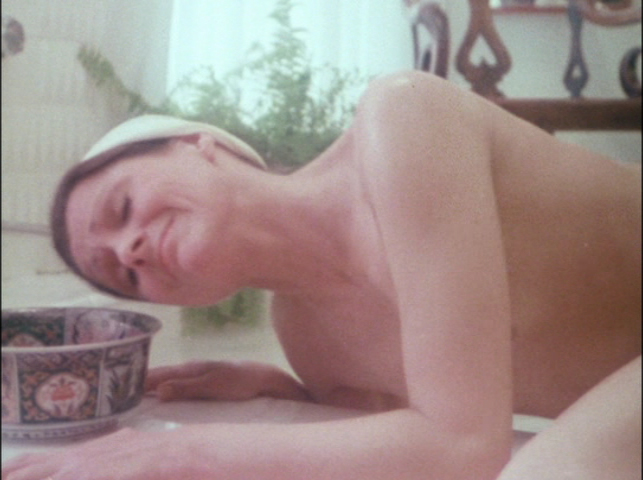 Saddled with a deteriorating mother who cries at random, a sexuall inadequate and inattentive husband, and two kids who have issues like bedwetting and aloofness, Bissie spends her day virtually alone at home talking to herself (and the camera) about the life-scarring incidents that made her what she is today. In the meantime she mourns over the loss of a butter knife, gets herself off in the bathtub after talking to a friend on the phone, and pulls out her old wedding dress for a final, epithet-littered rant at the camera. 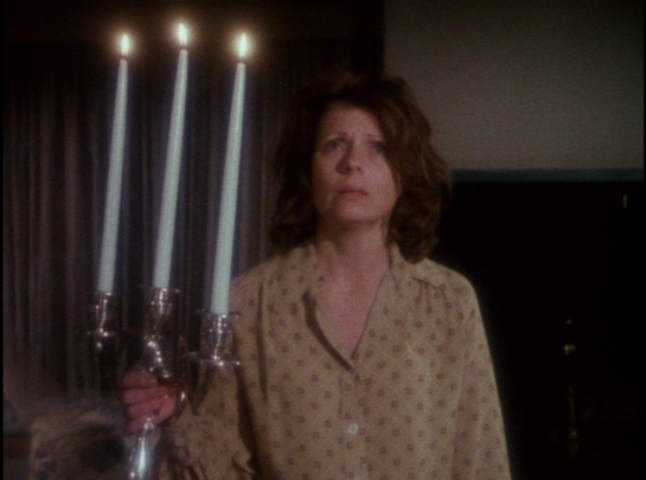 Definitely fascinating though perhaps a bit much for some viewers to take in one sitting, Legacy never bothers to conceal its theatrical roots. A regular supporting actress in films and on TV, Hotchkis developed the idea after first conceiving of the knife eulogy and then scribbling down various bits over a year, after which her husband urged her to turn it into a play. Arthur and her cohorts saw it and decided to develop a film (with a partial grant from the American Film Institute), and though the aforementioned flashbacks allow it to breathe a bit, this is still basically a one-woman show. Hotchkis is definitely unabashed here and even delivers the longest nude scene by a mainstream actress this side of Jessica Harper in Inserts, and her ability to keep the intensity going for an hour and a half definitely deserves a salute.

Shot on 16mm, Legacy isn't really a pretty experience by any means but Scorpion has brought it to DVD for its home video debut in as good a presentation as possible. As with The Mafu Cage, Arthur is a major participant here and contributes an audio commentary and video interview, with Hotchkis doing likewise for both (but separate). The material overlaps a lot, but you get a lot of solid interformation about the transition from concept to stage to screen as well as a few surprises, such as Hotchkis' medical revelation after shooting. Also carrying over from Mafu, cinematographer John Bailey and editor Carol Littleton talk about assembling the film from what amounts to a series of freeform sequences over the course of a single narrative day. A modest stills gallery is also included; not surprisingly, a theatrical trailer is absent and probably never existed.