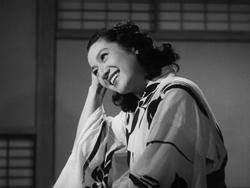 An undisputed high point in the career of director Yasujirô Ozu, Late Spring (Banshun) is perhaps the most relevant of his films today for younger audiences thanks to the worldwide economic-induced sea change with more people living with their parents after college. Here we have Noriko (Chushingura's Hara), a beautiful woman in her late twenties, who still lives with her aging professor father, Shukichi (The Bad Sleep Well's Ryû). He decides that it's time she got married and started an independent life of her own, but when she proves resistant, he and his sister (Sugimura) lead her to believe that her father is going to be remarried -- pushing her reluctantly forward on the path to finding a mate, which proves to be a daunting process by itself.

An exquisitely realized study in human behavior, Late Spring could only have been made in post-World War II Japan by this particular filmmaker; its focus on change, ada 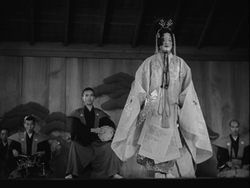 ptation, and the futility of resisting the tides of time is especially poignant in the context of a country adapting to the influences of other cultures after suffering devastating losses of its own. However, its general themes about family and generational obligations to each other are still easy to recognize for anyone regardless of age or location, and Ozu's simple but piercing cinematic technique was never better applied than here. This also belongs to his landmark series of seasonal films (Early Spring, Early Summer, Late Autumn, etc.) about generational family relationships, and while all are formidable achievements, this one may firmly rest above them all.

Like many of Ozu's films from this period, time has caused some irreparable harm to the original film elements, leaving it with faint scratches and debris throughout that will never be erased entirely. However, its presentation on Blu-Ray in two incarnations has gone some way to undoing the damage and presenting the film in its most lustrous quality possible. The first was the BFI's dual-format 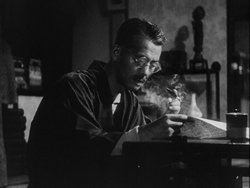 release in 2010, containing a Blu-Ray and DVD of the feature film along with the much earlier Ozu film The Only Son from 1936; his first talkie, it also concerns a parent (in this cae a widow) sending a mature child out into the world. Contrary to early press announcements, this one does include the bonus film in HD as well on the Blu-Ray, along with a booklet of liner notes.

The 2012 Blu-Ray and DVD version for the United States by Criterion is taken from the same HD transfer with some additional cleaning in some of the rougher patches, though there's only so much you can do with some of the more minute and widespread nicks and flecks that would otherwise cost an insane amount of money to remove, if that were even possible at all. Don't let that be an issue, though, as otherwise it looks very impressive with excellent contrast and detail that far surpass any of the SD editions out there. Extras for this one include an audio commentary by Richard Peña (director of the Lincoln Center's Film Society), who remarks on the film's place in Ozu's career and the backgrounds of the two leads (who were both Ozu regulars), and the 1985 German documentary Tokyo-Ga, in which director Wim Wenders goes to Japan to find the locations found in Ozu's films and unlock the magic behind one of his favorite filmmakers. Wenders' appreciation continued well after this 90-minute film as well, including the casting of Ryû in his sci-fi epic, Until the End of the World. The set closes out with liner notes by Michael Atkinson (who covers its place in the shomin-geki - or family drama - tradition), Donald Richie (focusing on Hara and her character), and a brief remembrace by screenwriter Kogo Noda.