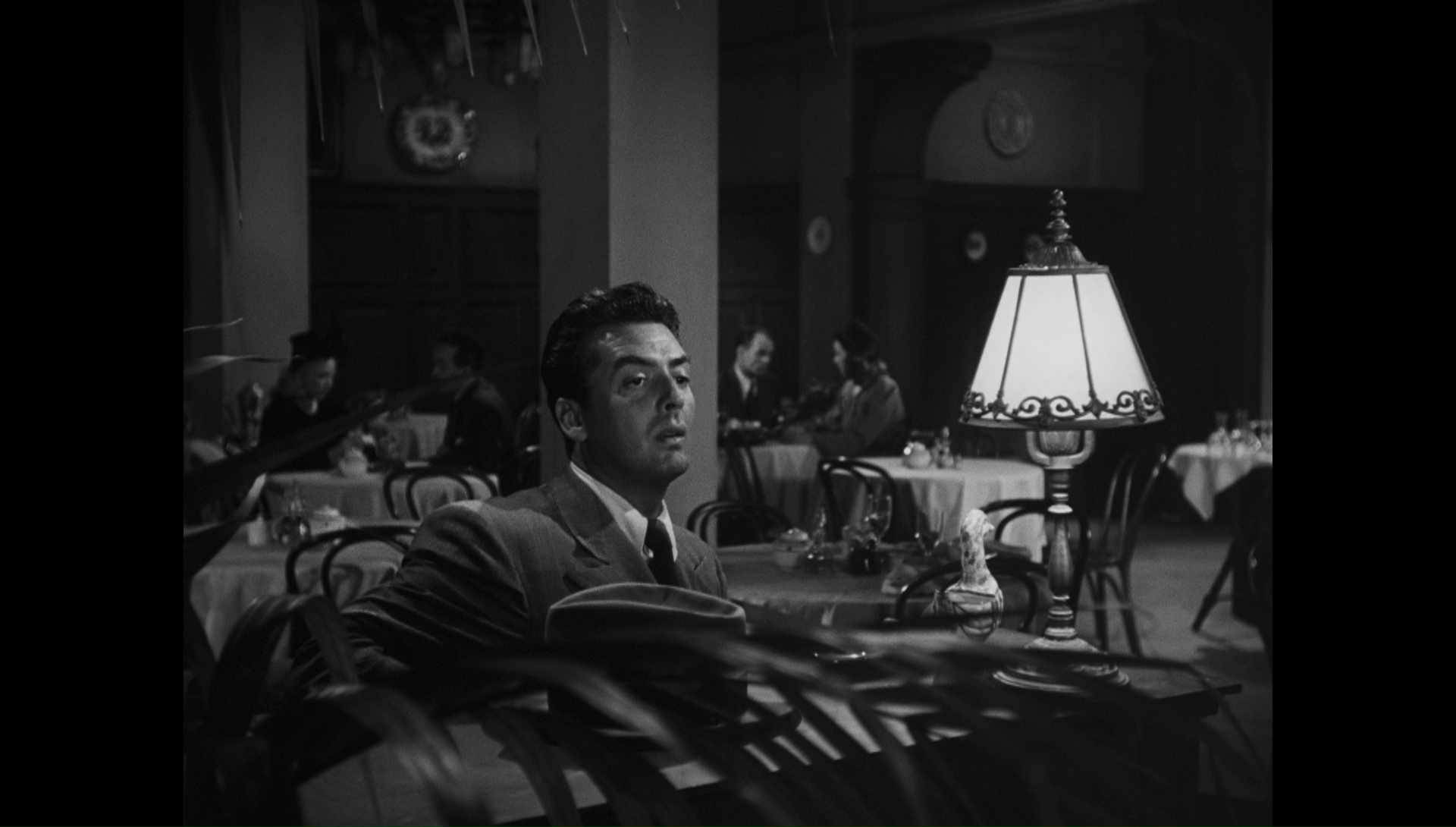 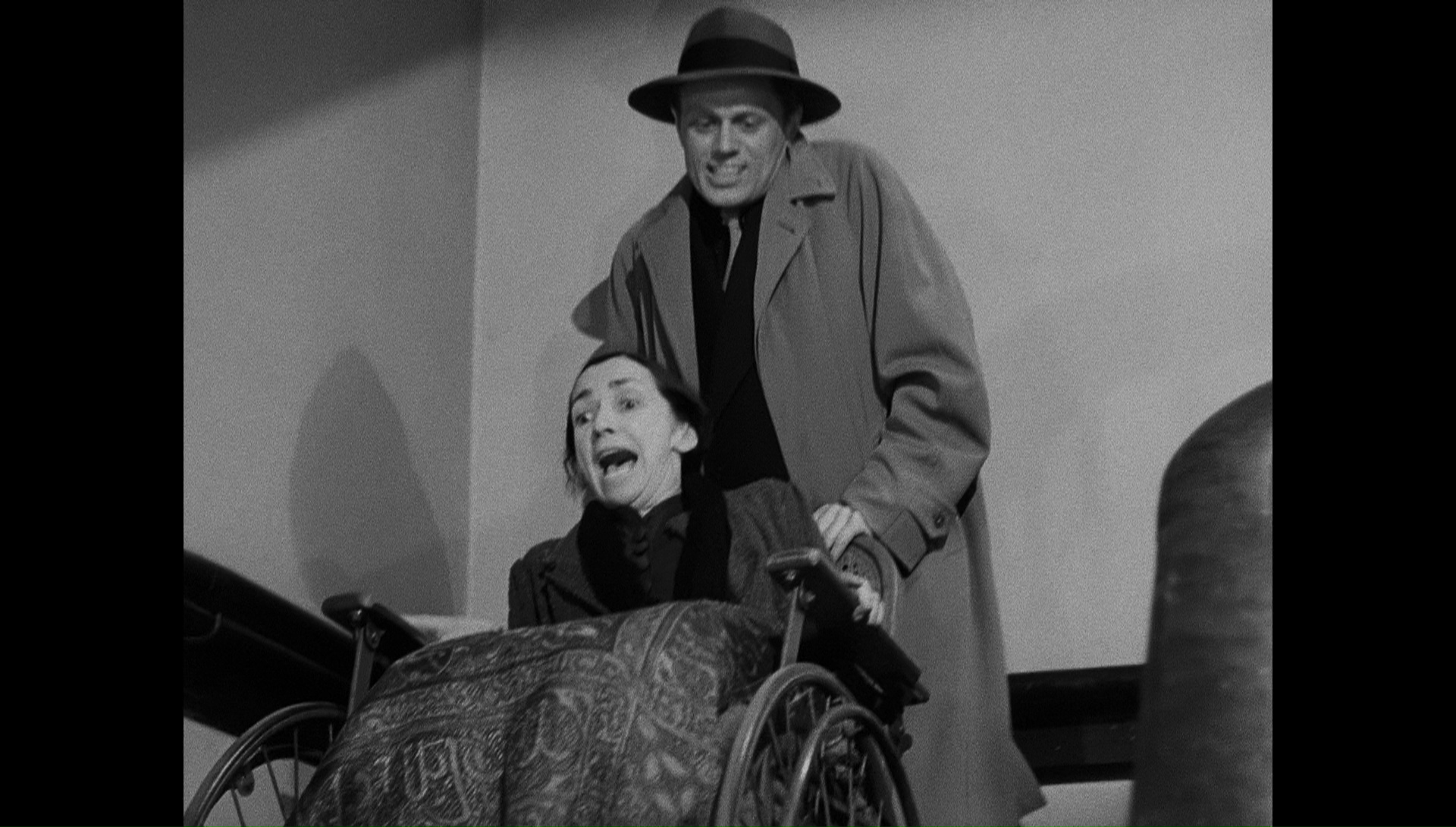 The wave of film noir titles pouring out of Hollywood in the '40s and '50s managed to push the Production Code about as far as it could possibly, and far pushed harder than the rough and cynical Kiss of Death. Ostensibly a star vehicle for Victor Mature, it turned out to be a major calling card for newcomer Richard Widmark, who snagged an Oscar nomination for his giggling, terrifying psychopath who, in the film's most notorious scene, sends a helpless wheelchair-bound woman to her doom down a flight of stairs. It's no coincidence this was lumped together with classic horror monsters as the inspiration for the tortured movie buff psycho played by Dennis Christopher in the cult shocker Fade to Black; this is as close to pure horror as crime films got in the '40s.

Busted in a jewel robbery in the Chrysler Building, second-rate thief Nick Bianco (Mature) goes to jail instead of ratting on his partners to the DA, Louis D'Angelo (The Glass Key's Donlevy). That sacrificial move is intended to keep his family safe from harm, but when Nick's distraught wife kills herself, he decides to sing like a canary to get out and take care of his kids. Unfortunately that means ratting on the dangerous Tommy Udo (Widmark), who hates "squealers" and isn't above killing innocents to deliver a message. A new romance seems possible for Nick with the pretty Nettie (Gray), but soon he realizes the law can't help him stop Tommy - so he has to come up with another plan to save himself and his family.

One of the crown jewels in 20th 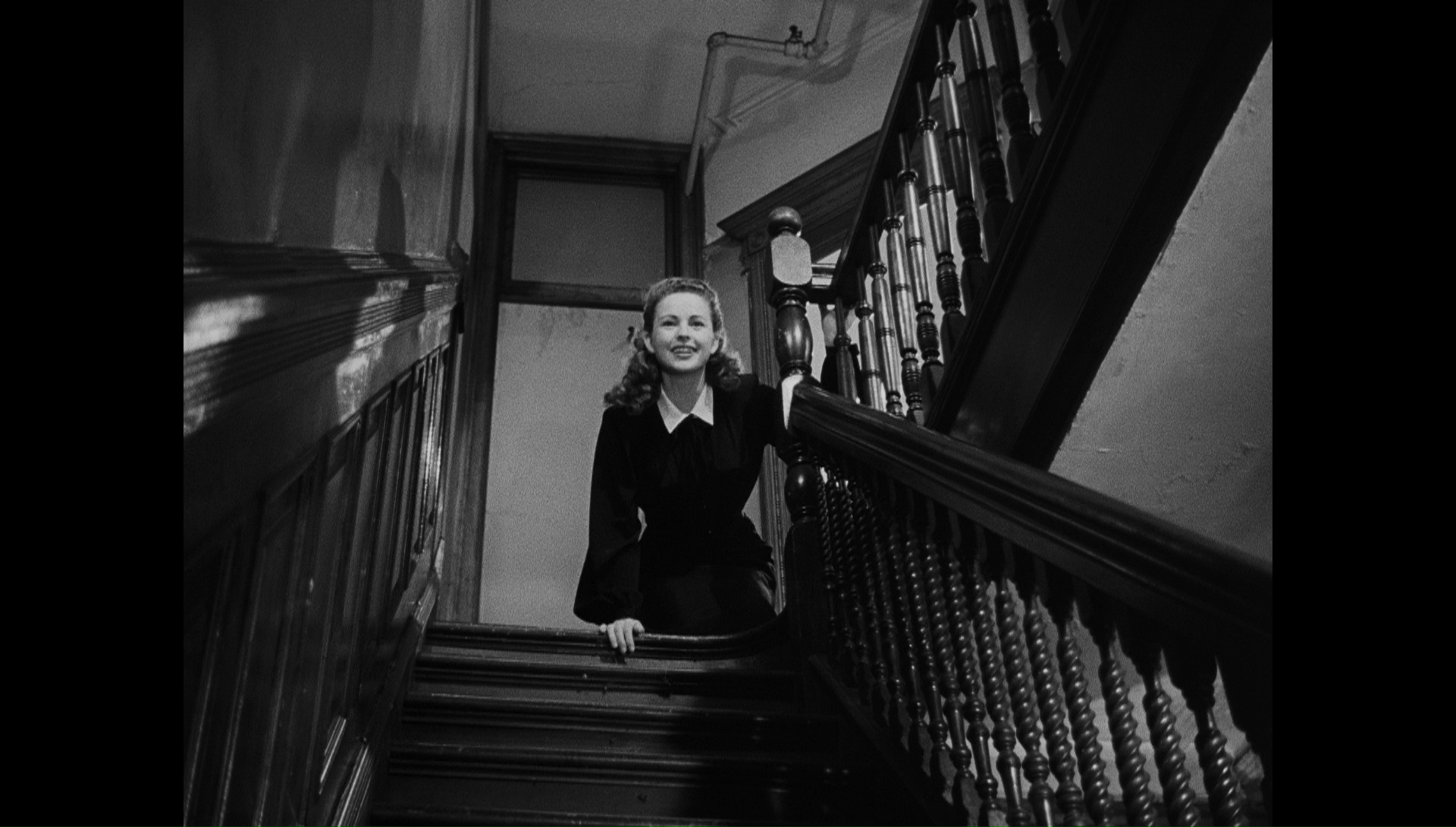 Century Fox's impressive slate of crime films of the era, Kiss of Death remains a tense experience with a final third as nail-baiting as any of the competition. Even though the censors did crack down on a few elements (Nick's wife was originally shown on screen and suffered 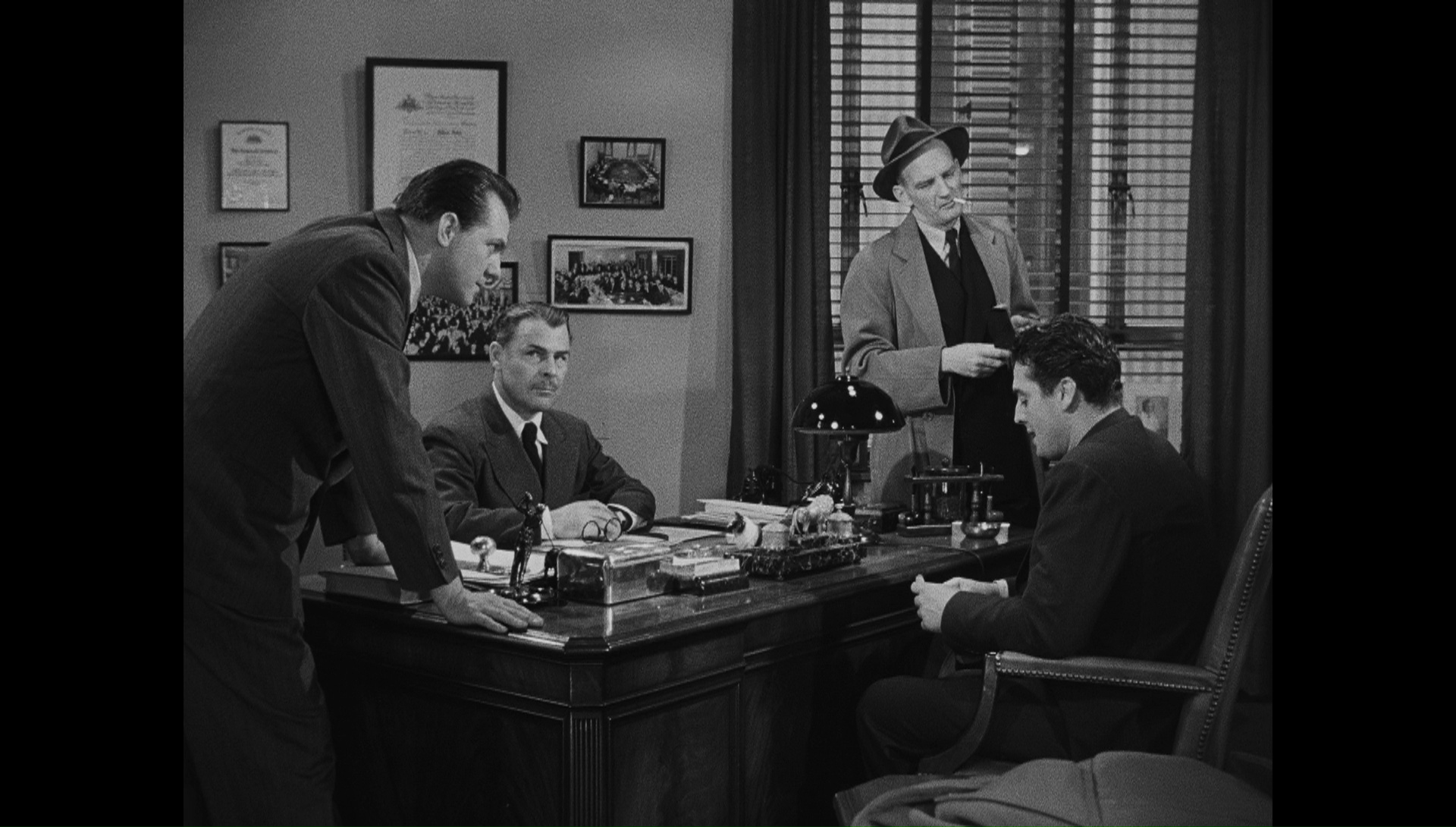 a much more traumatic fate, and Nick himself had a different fate in the prerelease version), it's a gritty and compelling piece of work from director Henry Hathaway (Niagara, Call Northside 777) and ace screenwriters Ben Hecht (Notorious, Scarface) and Charles Lederer (Ride the Pink Horse). The basic premise of a con trying to go straight but dealing with wild card criminals has been imitated many times, including a flawed official remake in 1995 with Nicolas Cage, David Caruso, and Samuel L. Jackson, but this remains the definitive telling.

Kiss of Death first hit DVD in 2005 from Fox, sporting a solid enough SD transfer, a new commentary by film historians James Ursini and Alain Silver focusing on the film's documentary-style elements (including filming in a real prison and using other found locations), and the trailer. Two years later, the BFI issued its own DVD containing the trailer, a liner notes booklet by Lee Server, and an 18-minute interview with Widmark conducted in 2002 at the National Film Theatre, discussing how he came up with some of the character's wilder traits including his use of an inhaler. However, you're best off with the 2016 editions on Blu-ray and DVD from the UK's Signal One Entertainment, the first time the commentary, Widmark interview, and trailer have all appeared in the same place. On top of that you get a gorgeous new HD transfer that gets the black levels down to their original inky intensity without sacrificing any detail, while the interior scenes benefit greatly from the enhanced resolution that brings out a fine texture of film grain. The LPCM mono audio sounds pristine as well. Essential viewing.