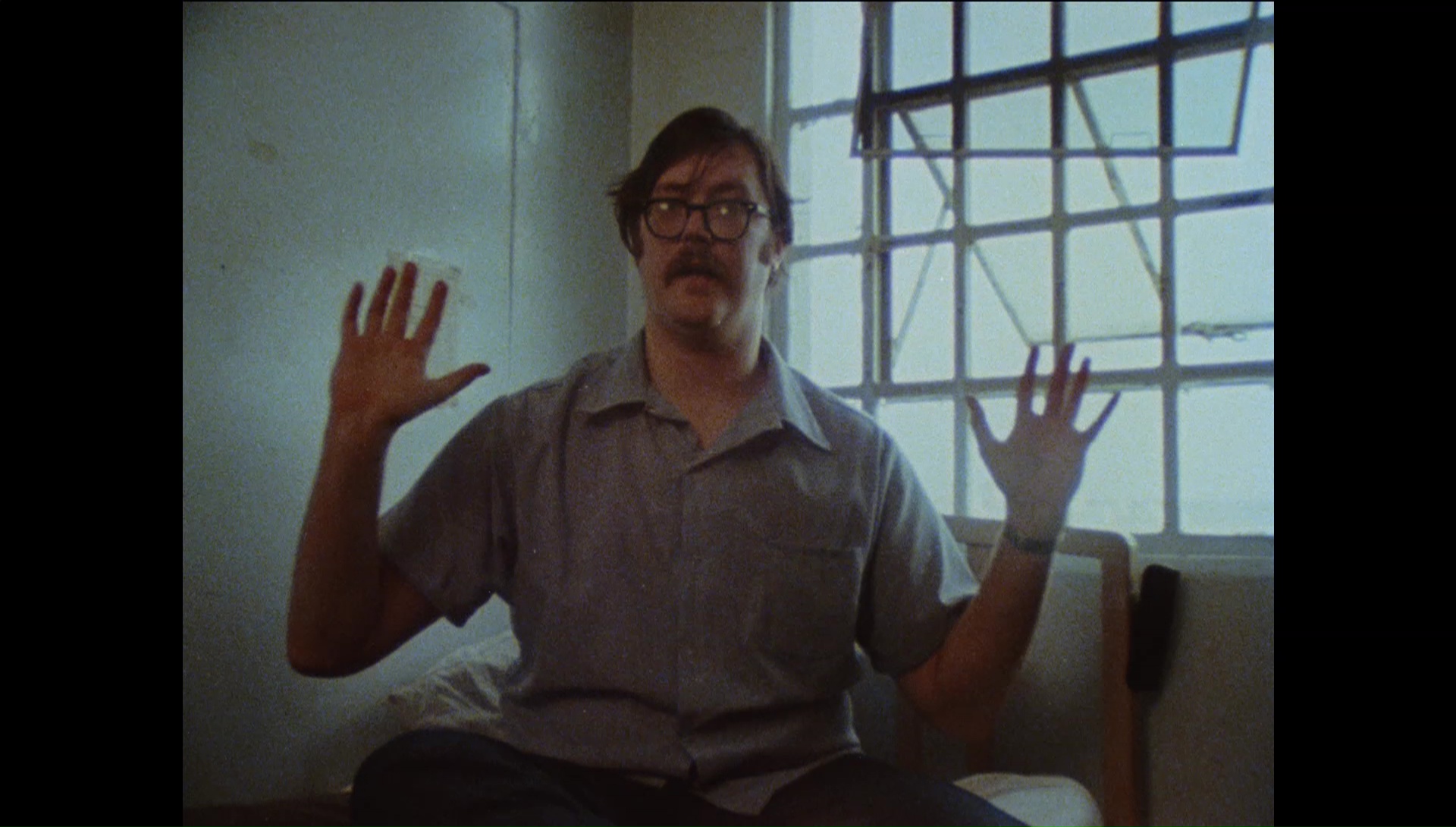 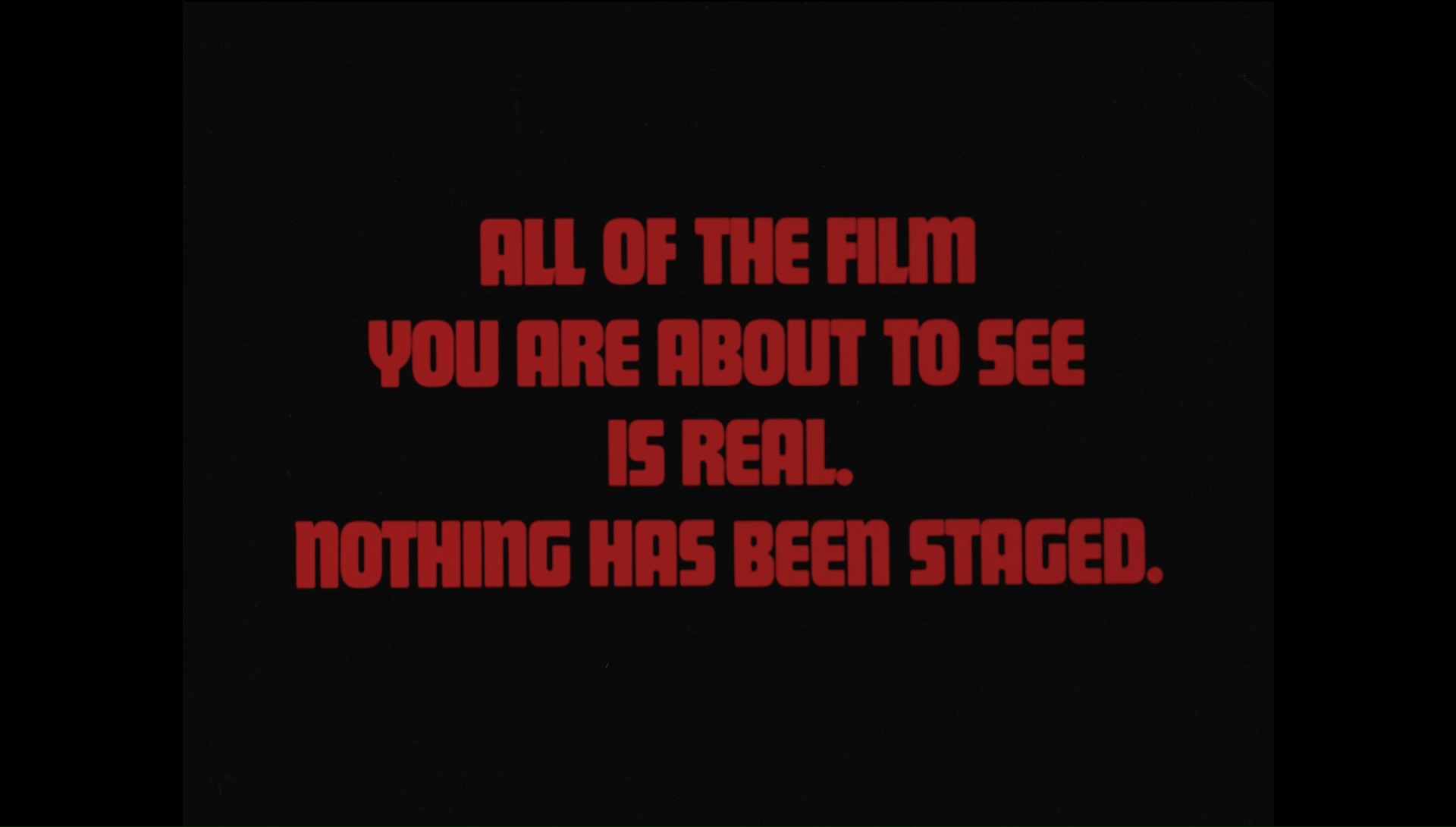 The term "shockumentary" was never better applied than to this dark, often harrowing portrayal of the violent "other side" of the United States, co-commissioned by Japanese financiers as a sure-fire hit for the local mondo movie market. The end result was never given an official theatrical release in the U.S. despite the preparation of English-language prints (which popped up in a tiny handful of one-off theaters), with its mystique building over the years as a sort of transitional work between the problematic but fascinating Italian mondo films and the wave of Faces of Death titles and imitators, which had technically started in '78 (with the first making a mint in Japan) but didn't kick in full force until the VHS era.

Neighborhood shootings, robberies gone wrong, hostage situations, interviews with notorious serial killers, and even a grisly trip to a crime autopsy room ensure right off the bat that this won't be feel-good viewing for just about anybody, with narration providing some statistics that inadvertently seem even more horrific now (a murder rate topping 2,000 in '81 seems sadly quaint compared to the alarming 15,696 homicides in 2015). Not surprisingly, gun culture pops up time and time again, ranging from footage of famous assassinations (the attempt on Reagan being the most recent at the time) to a quick visit to a wild west amusement town. "They exist side by side: American the beautiful and 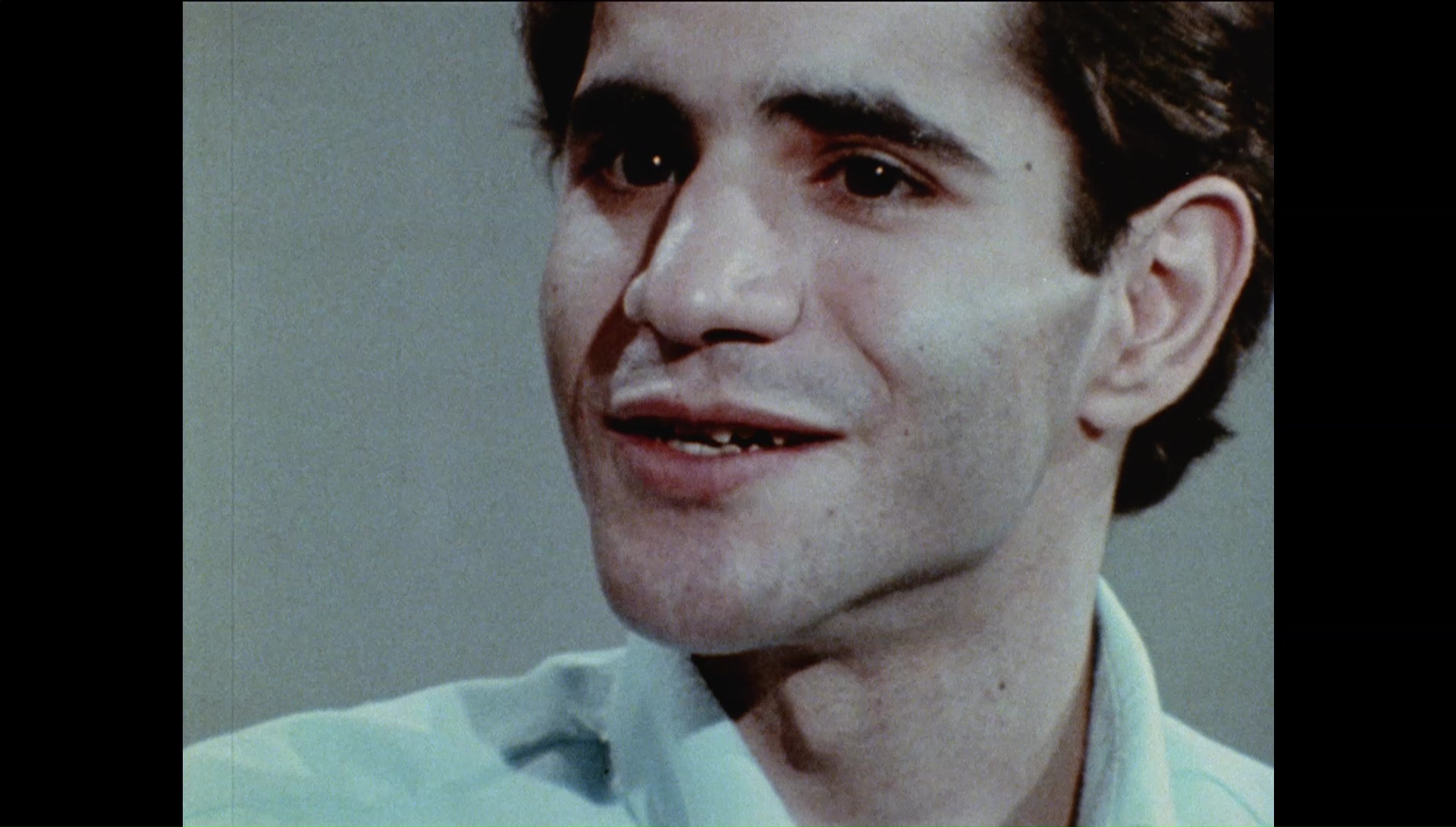 America the violent" is a sample line 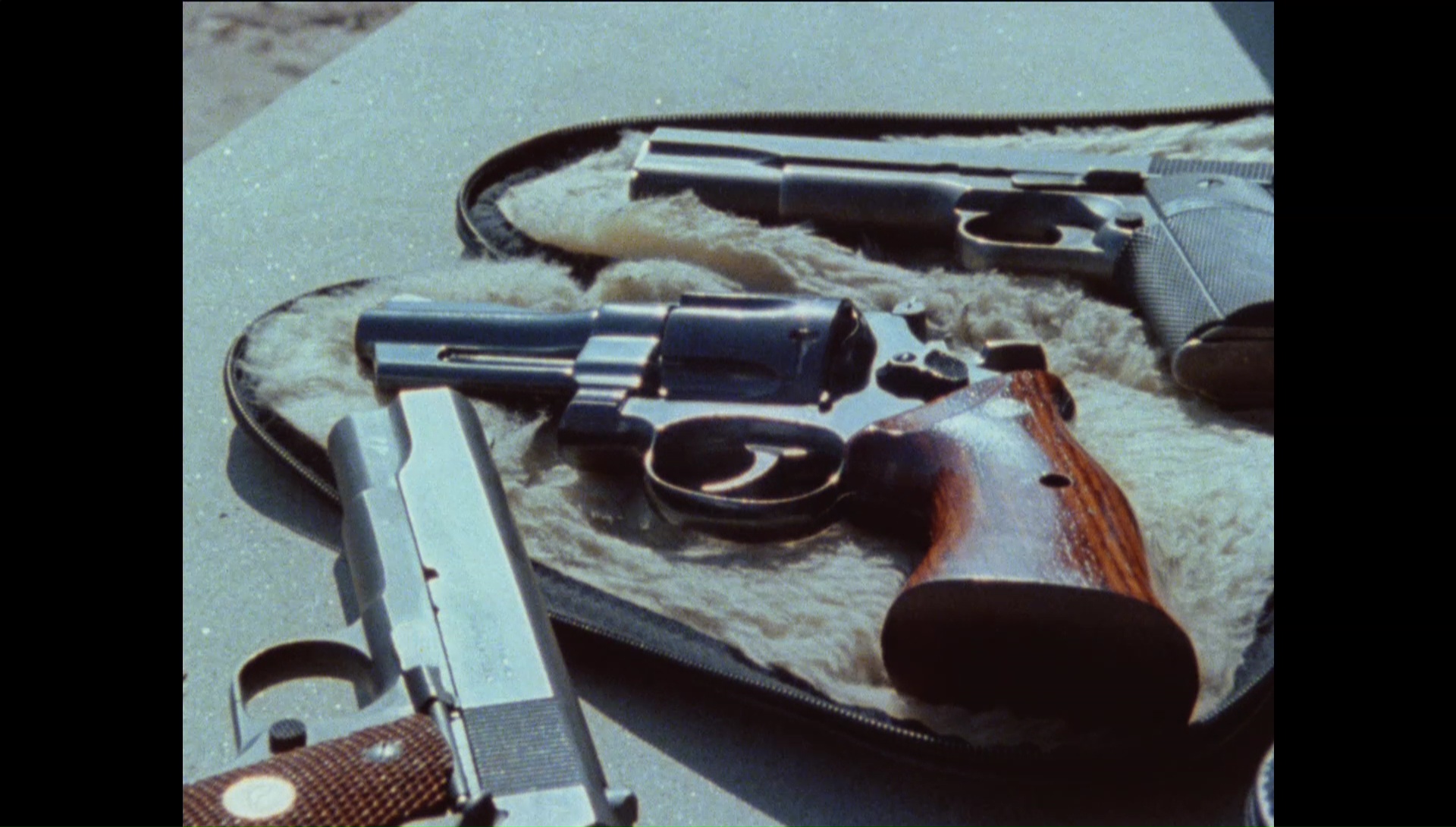 of narration from the English-language version, a cruelly efficient piece of work at 95 minutes that jumps around quite a bit but hits most of the shocking (and often rarely seen) different kinds of violent acts that tend to occur. It's also worth noting the absolutely fantastic soundtrack by Mark Lindsay (of Paul Revere and the Raiders) and W. Michael Lewis, composed hot on the heels of their spectacular work on Shogun Assassin; it's a shame there hasn't been a commercial release of any music from the film apart from preexisting songs (most notably by John Lennon, who figures prominently in the finale).

Also prepared at the same time for the Japanese market was a two-hour version called Violence U.S.A., with a Japanese narrator stepping in for a more detailed explanation of how America operates (with more travelogue footage for context) and a significantly different editing scheme and tempo, taking more time between incidents and, yes, lingering on the grue quite a bit longer (especially that autopsy scene). Both versions are gathered together for the first time on home video for the film's American video bow as separate Blu-ray and DVD editions from Severin Films, both transferred from the original negatives and looking pretty fantastic given the wide variety of film and video sources employed. The local TV news footage obviously looks like it's playing on an old monitor, but the 35mm material looks superb with some eye-opening black-and-white footage in particular looking razor sharp. The LPCM mono audio for both sounds clean and clear, with the Japanese version offering optional yellow English subtitles (standard or SDH options).

Extras include an audio commentary by director 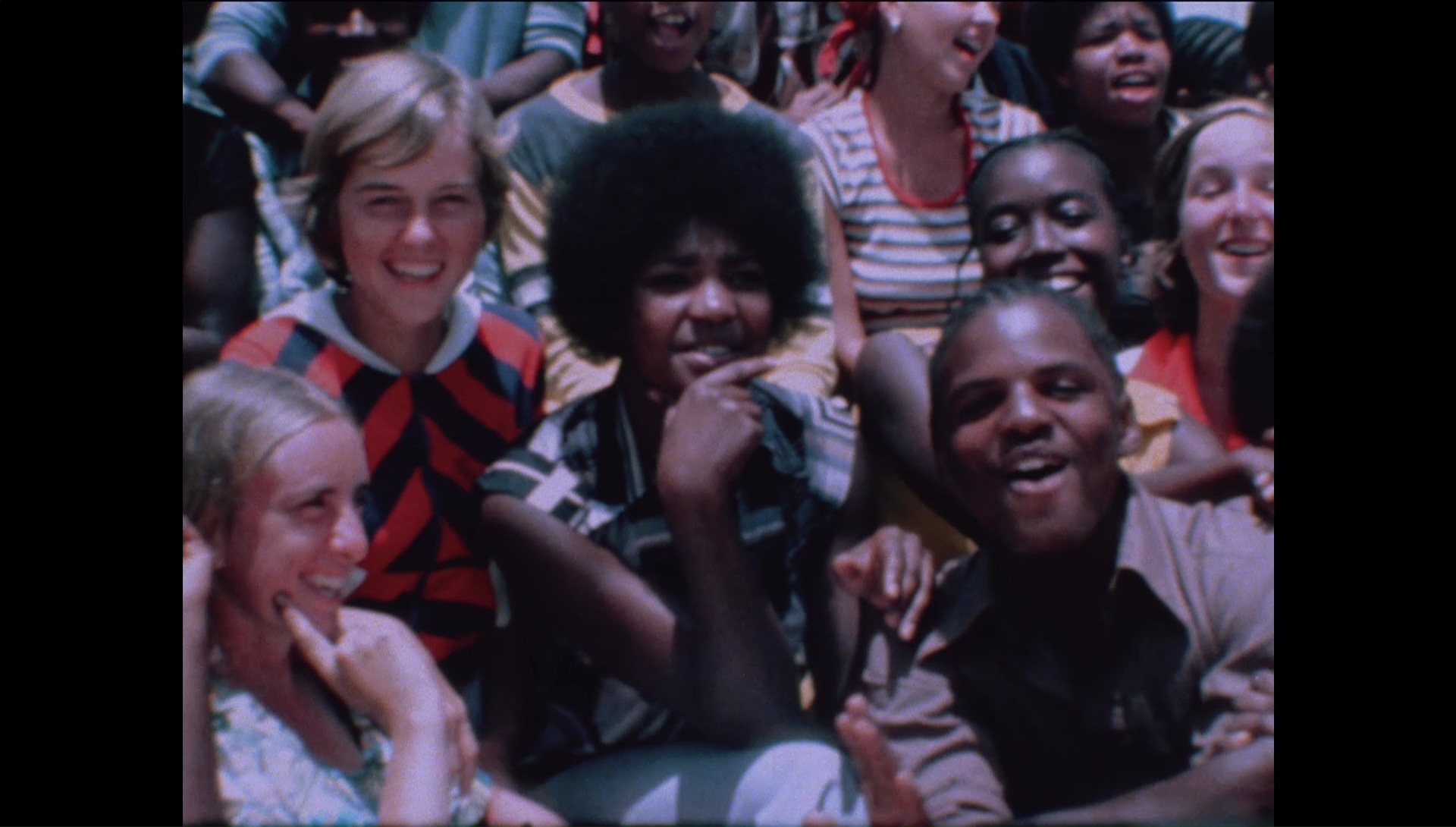 Sheldon Renan (for the 95-minute cut), a "The Madness Is Real" interview (20 mins.) with Renan, "Cutting the Killing" interview with editor Lee Percy, a 14-minute interview with mondo movie 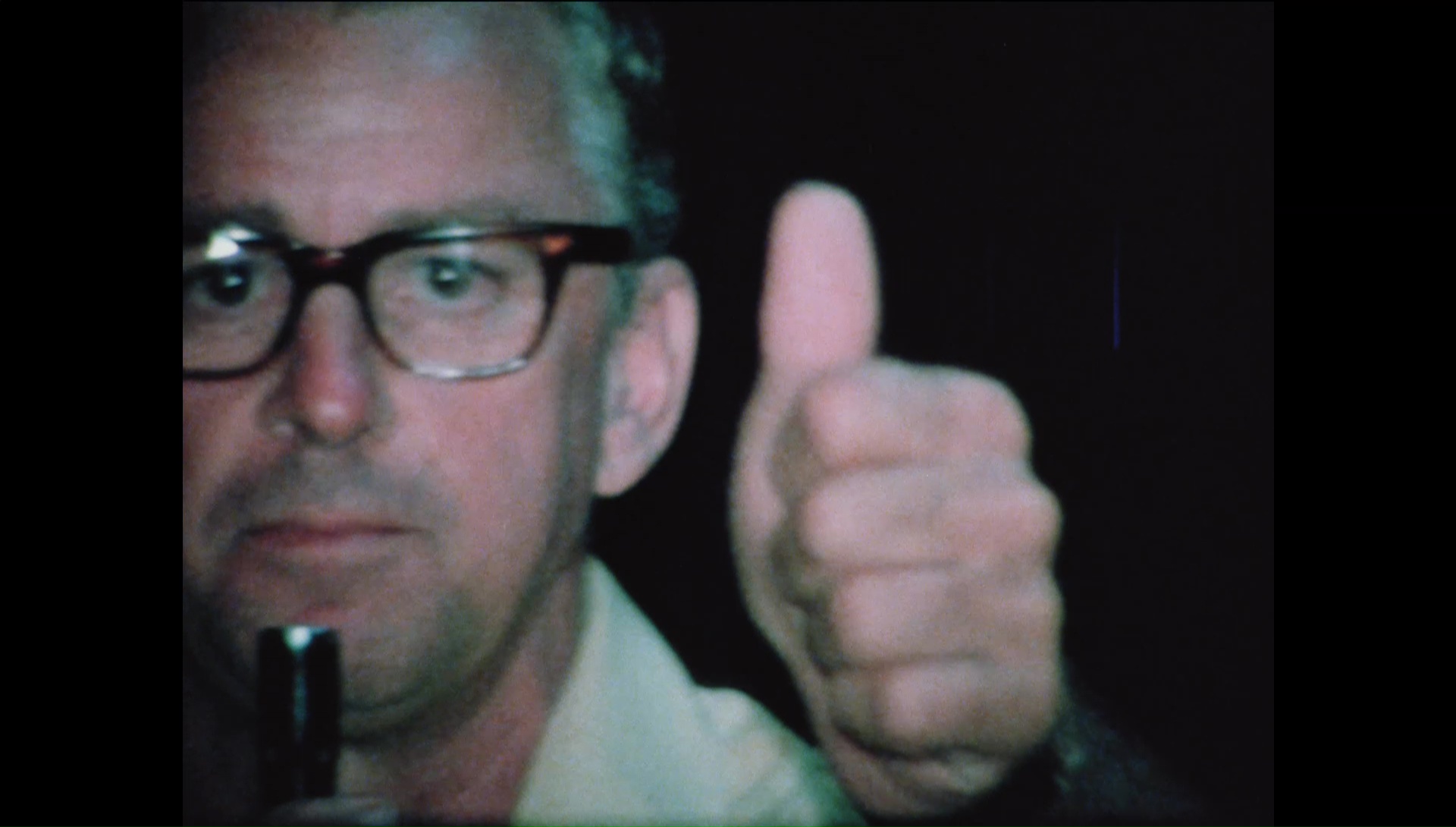 historian Nick Pinkerton, and the theatrical trailer. The commentary is especially revealing as Renan covers how they rounded up all of the rare footage for the film and goes into the surprisingly intricate and sometimes grueling process of getting new footage via helicopter, which touches on this film's unlikely connection to Blue Thunder! He also covers having to get body armor for some scenes for the crew and has a fascinating take on the JFK segment, which he regards as the film's strongest. He doesn't editorialize much at all about the content of the film, which is interesting, sticking instead to the facts for a fascinating look at how this troubling project came about. However, he does speak his mind in the video interview, noting the violence inherent in America's settlement and explaining how Leonard Schrader (brother of Paul, who also ties in here tangentially) came on board for a film with "no guard rails" that would take a more artistic approach than the "shock and spectacle" of Faces of Death. Percy is full of surprises, too, kicking off with this film's ties to the astonishing big cat epic Roar and the director of Subspieces before explaining how he got the job on this project after being brought on as an assistant editor and working from the producer's premise that the JFK assassination was ground zero for the nation's escalating modern violence. The Pinkerton piece (which also includes a bit from a Q&A between him and the director at a screening) is a handy overview of the evolution of mondo films in general, starting off with the usual Italian offerings whose unique world view and "pernicious thrills" spawned decades of mutated successors. Unsettling but absolutely unforgettable viewing.